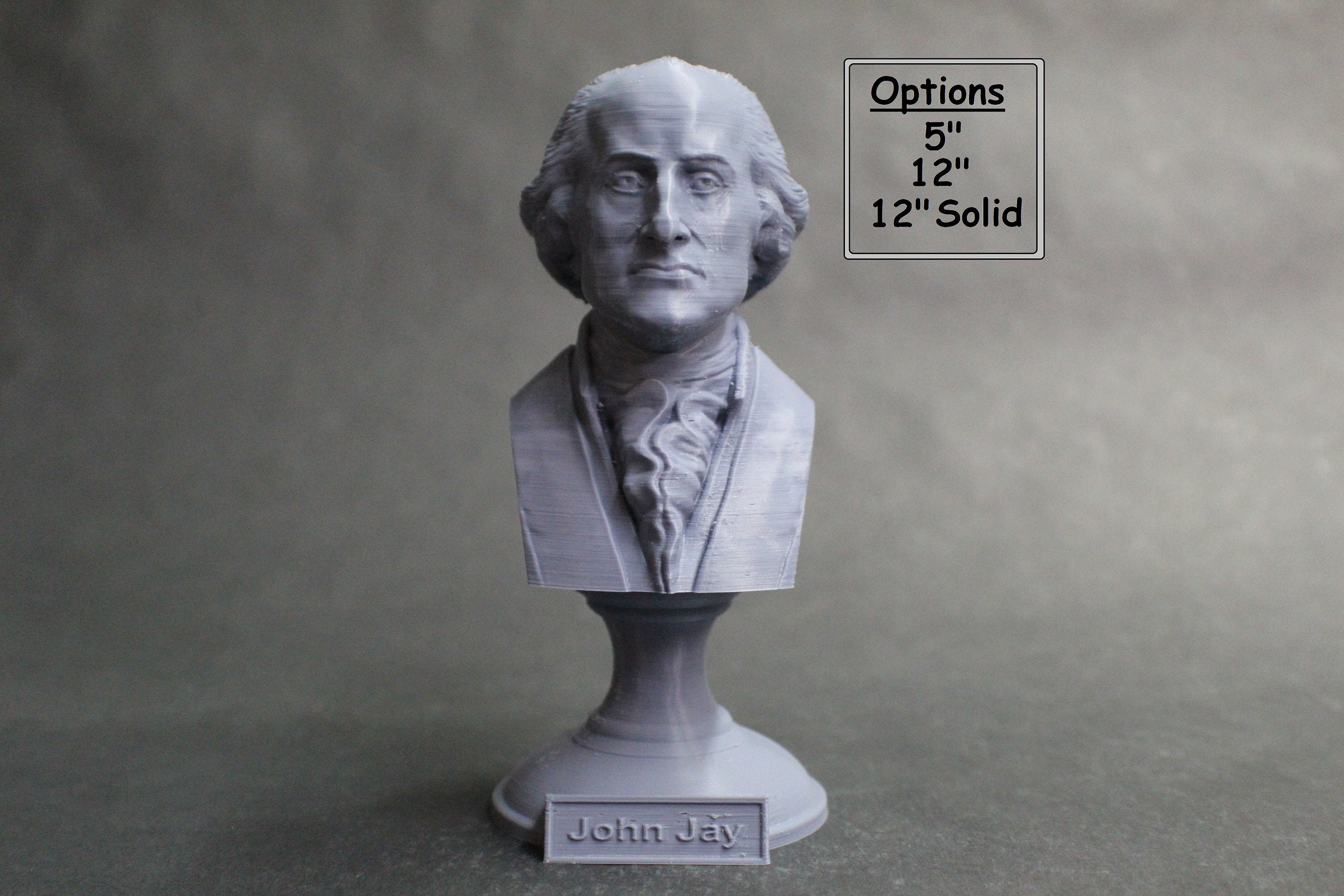 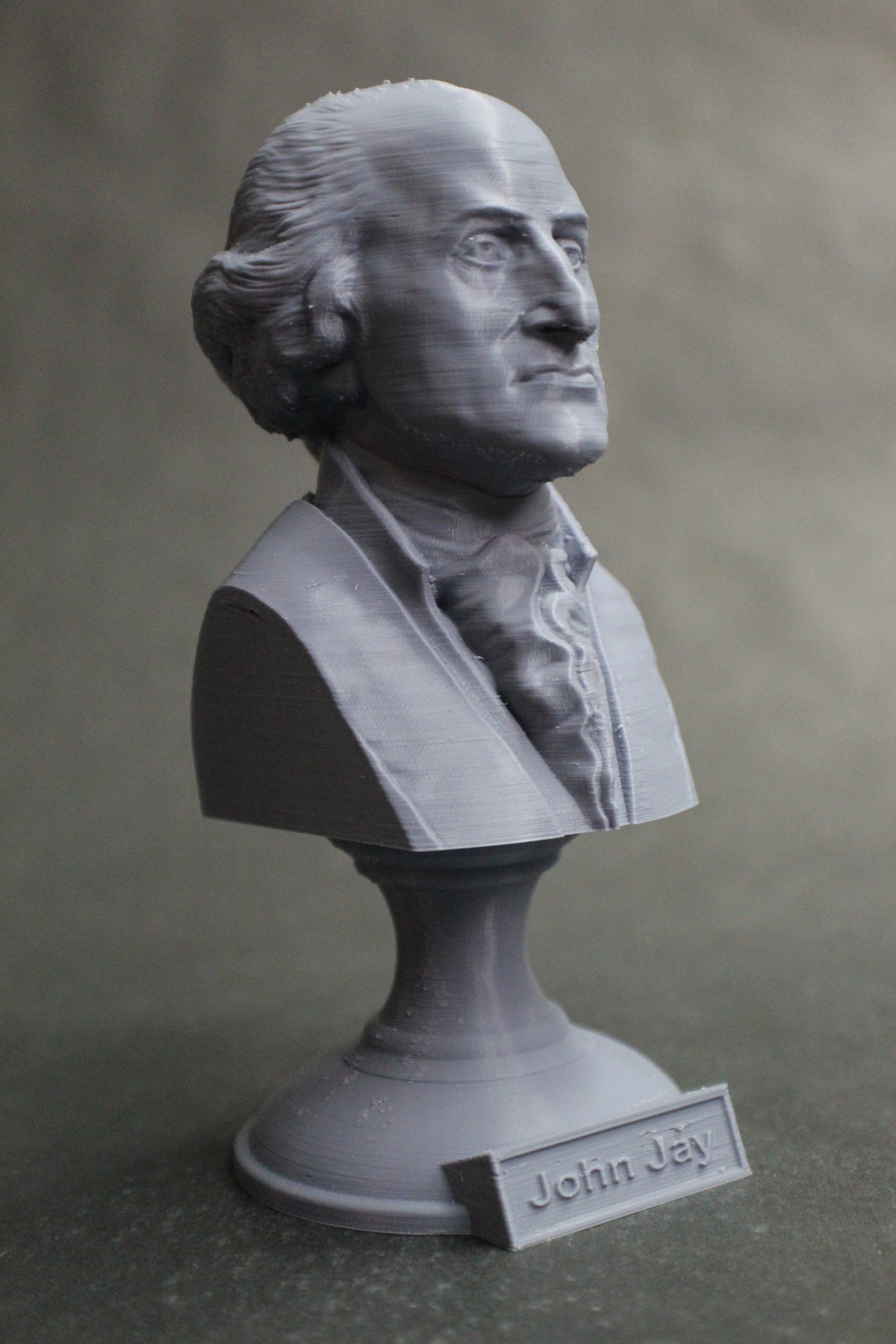 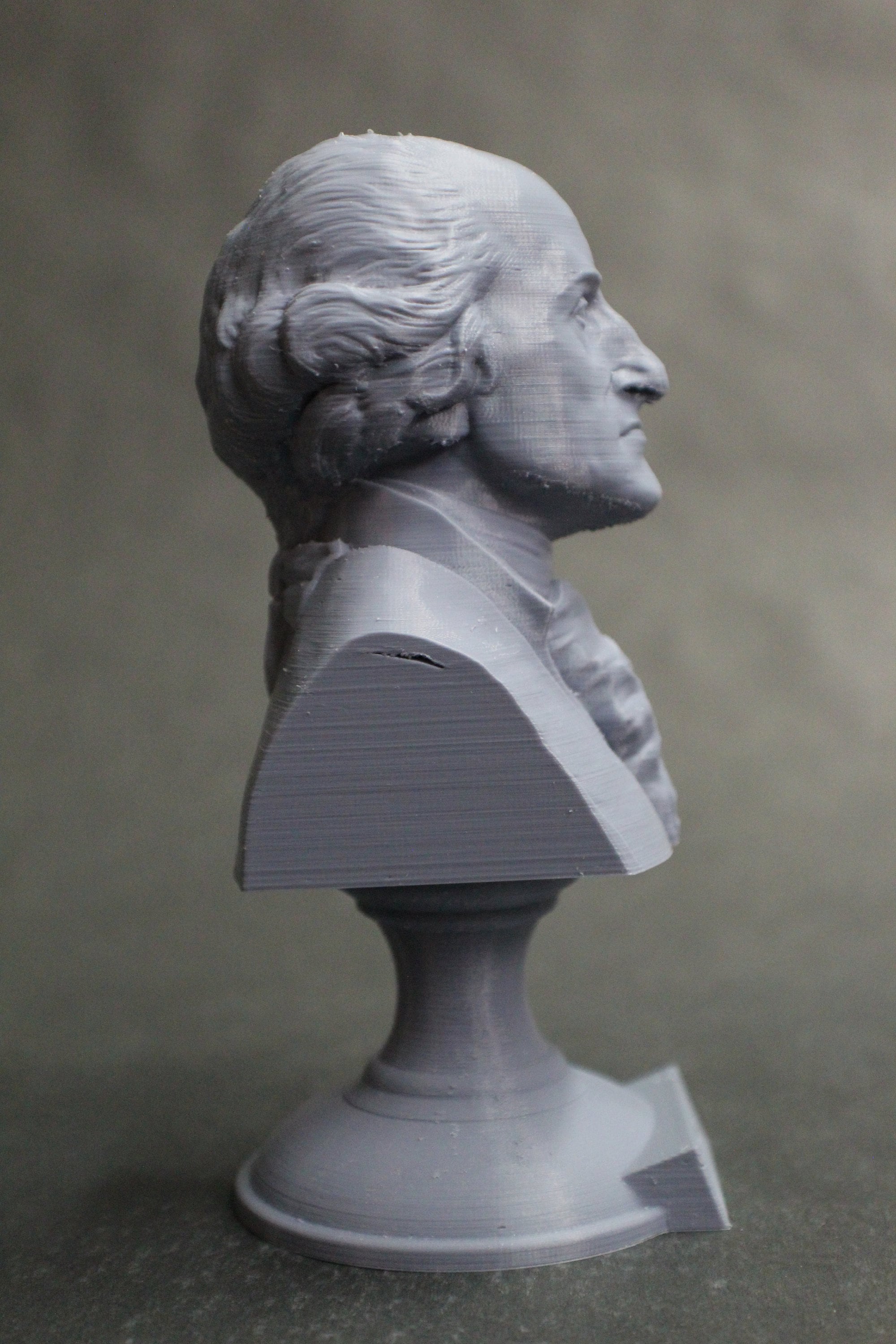 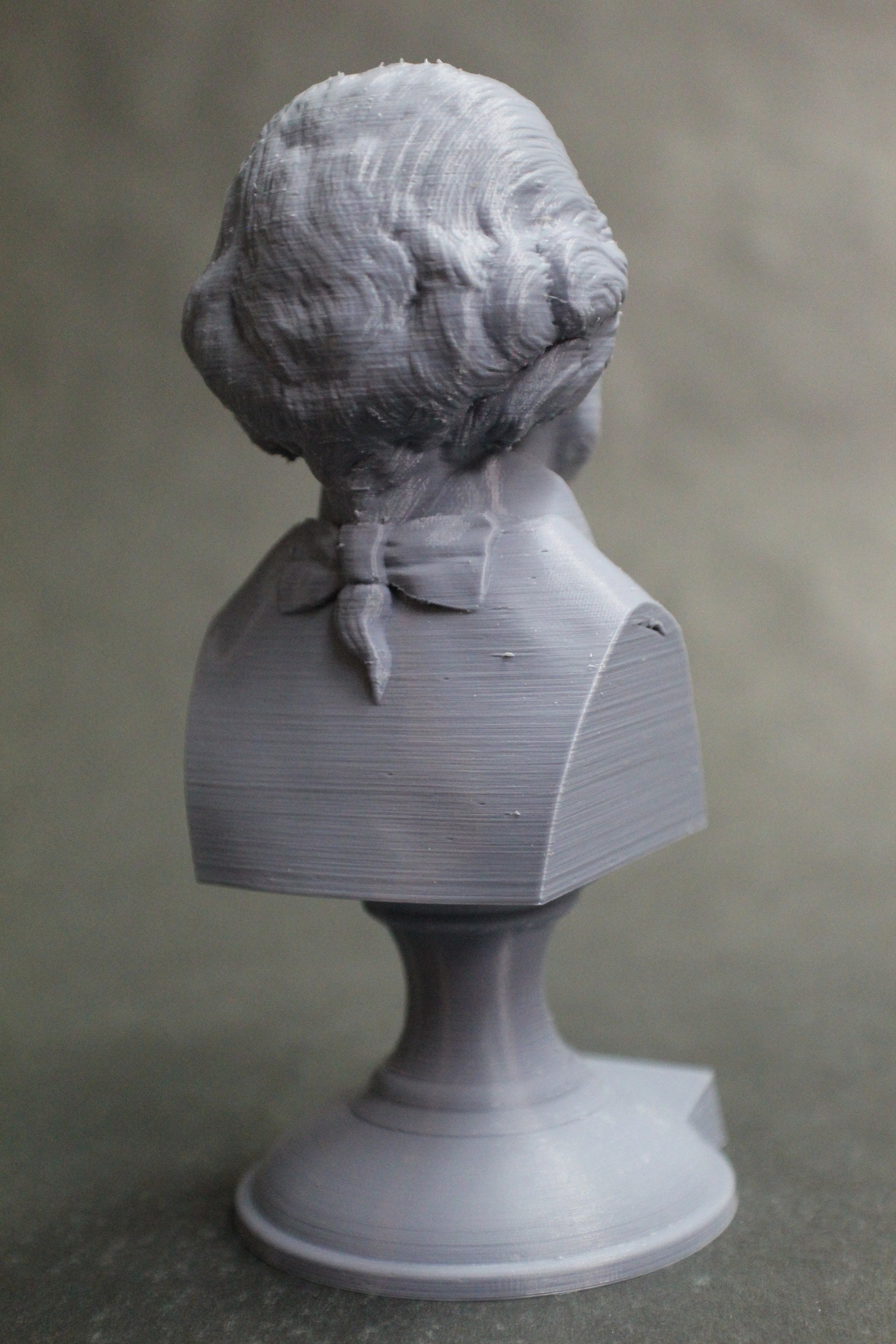 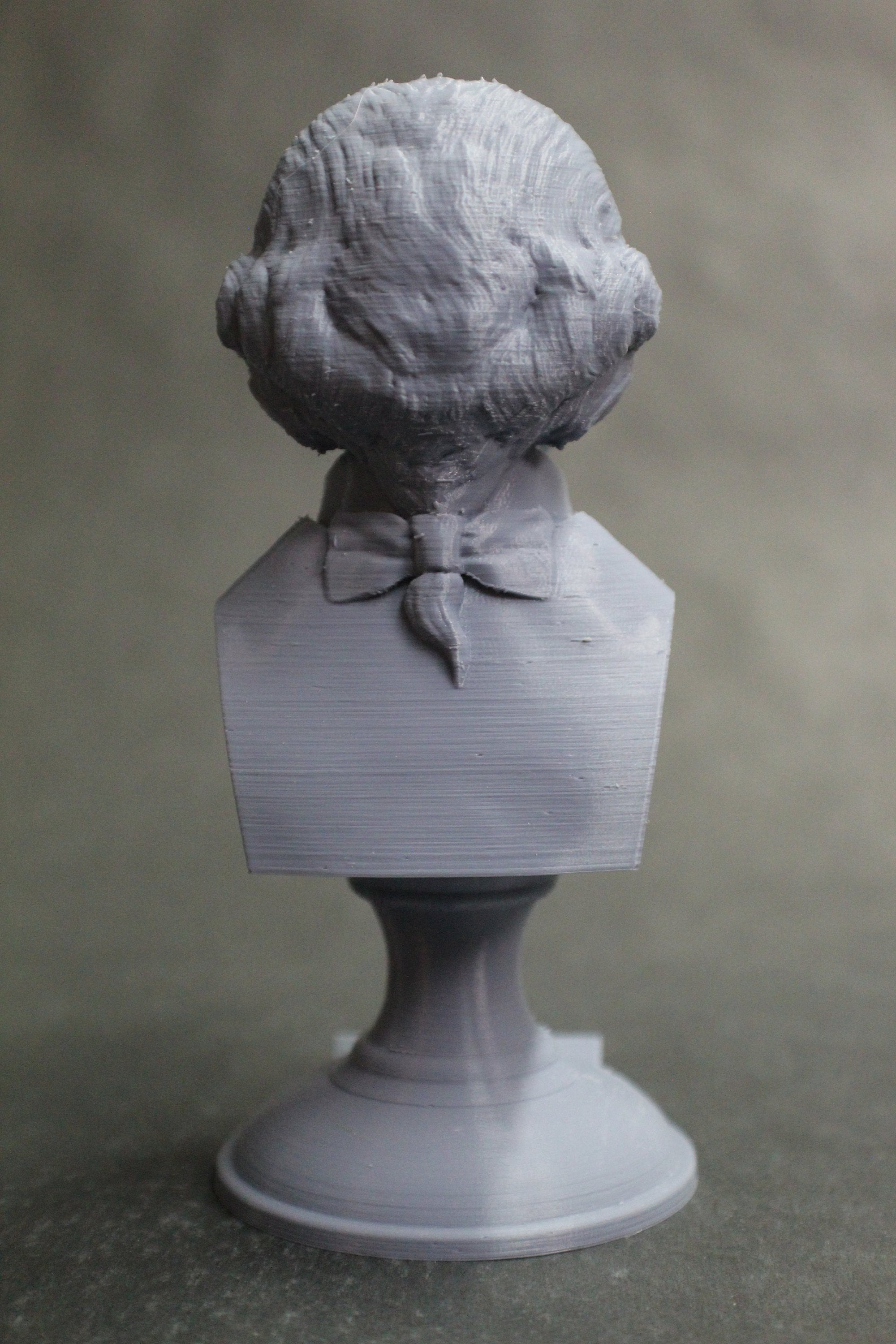 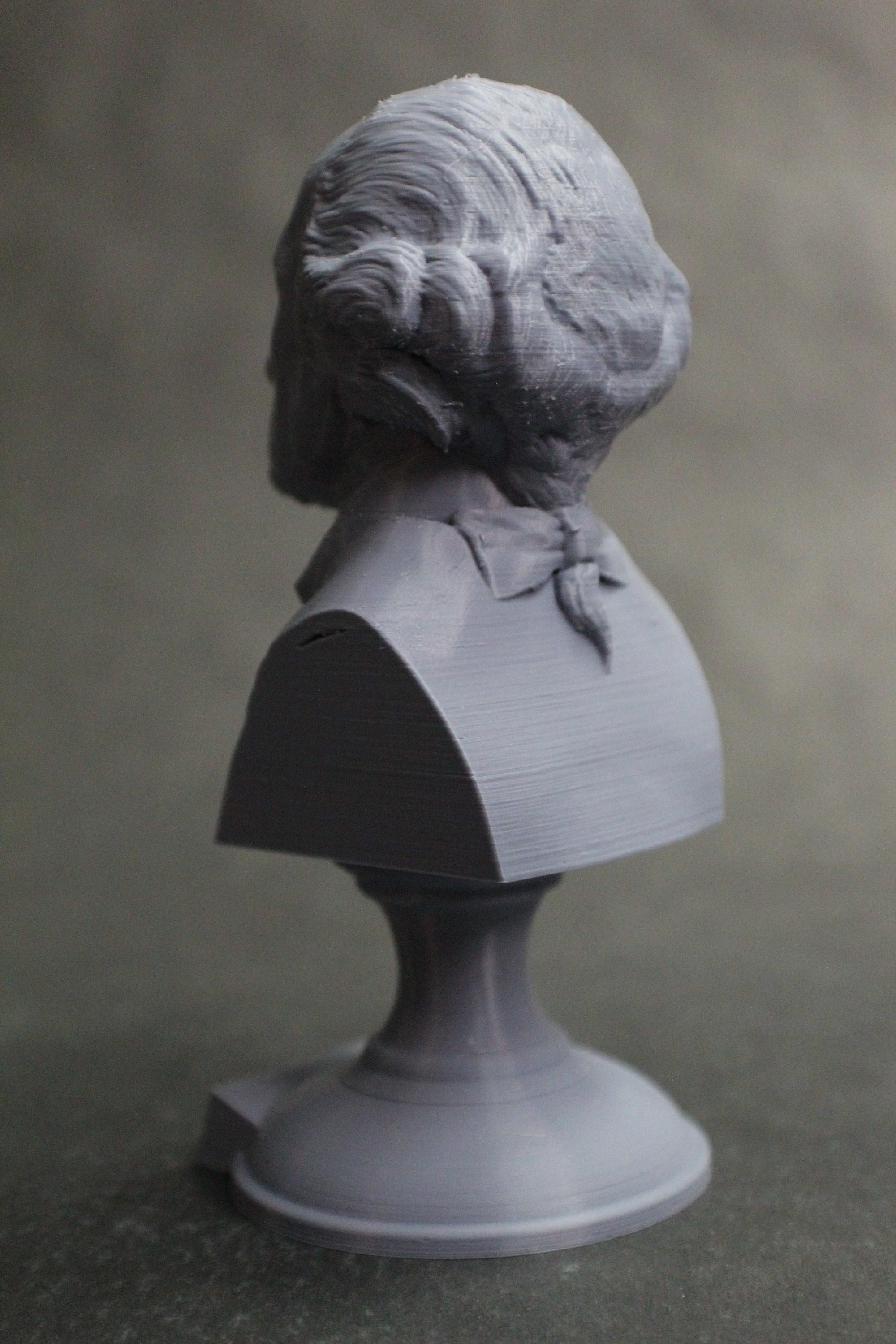 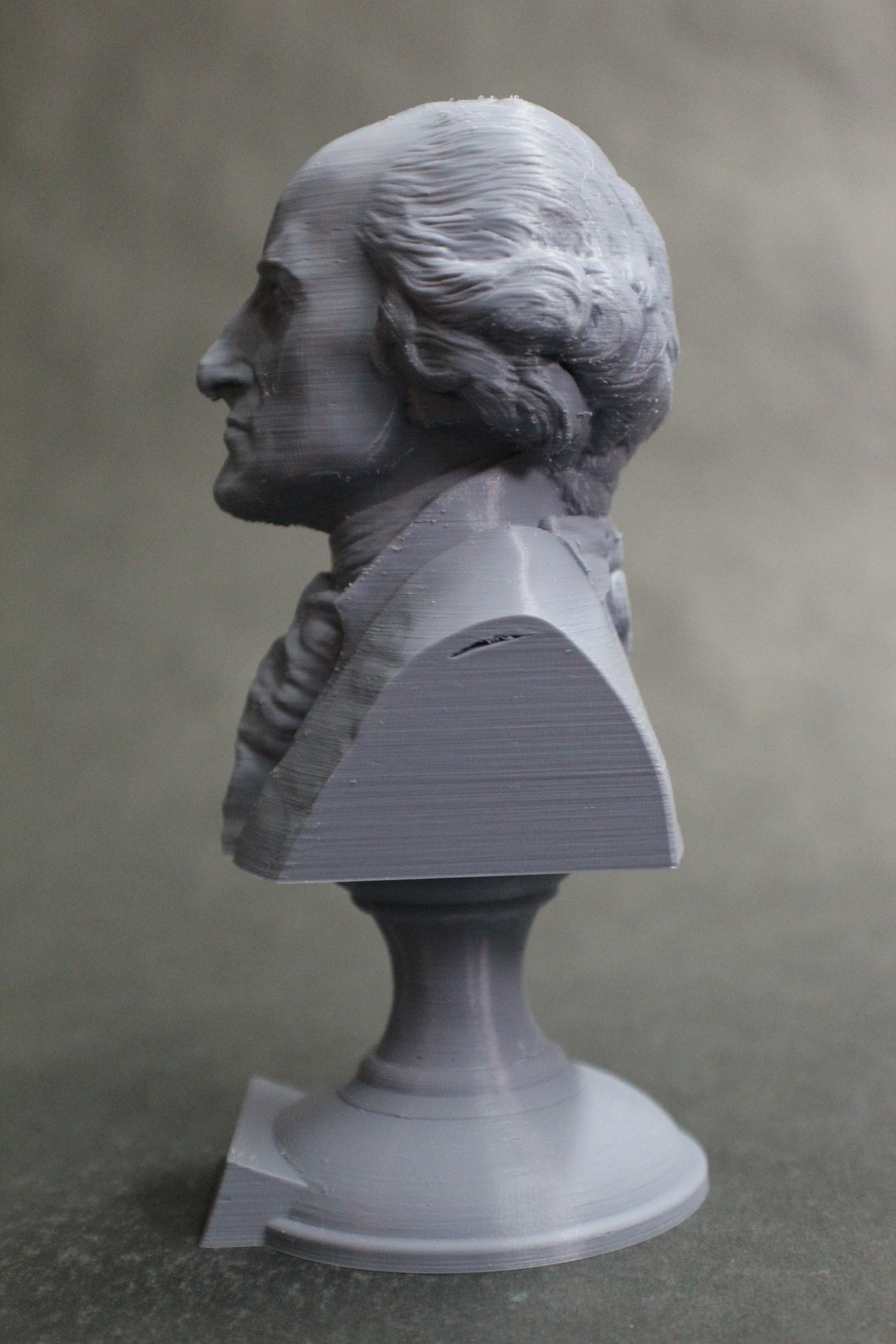 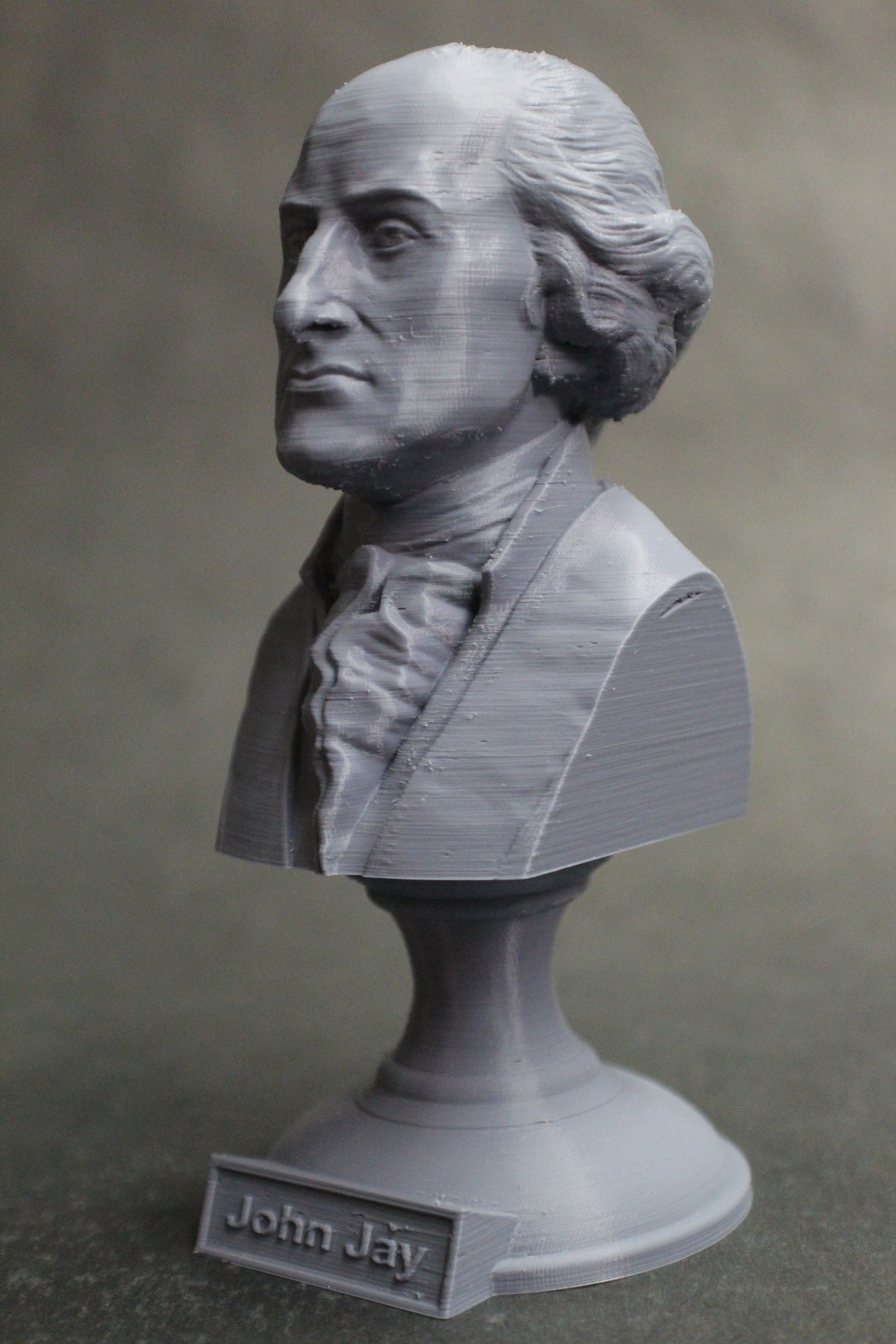 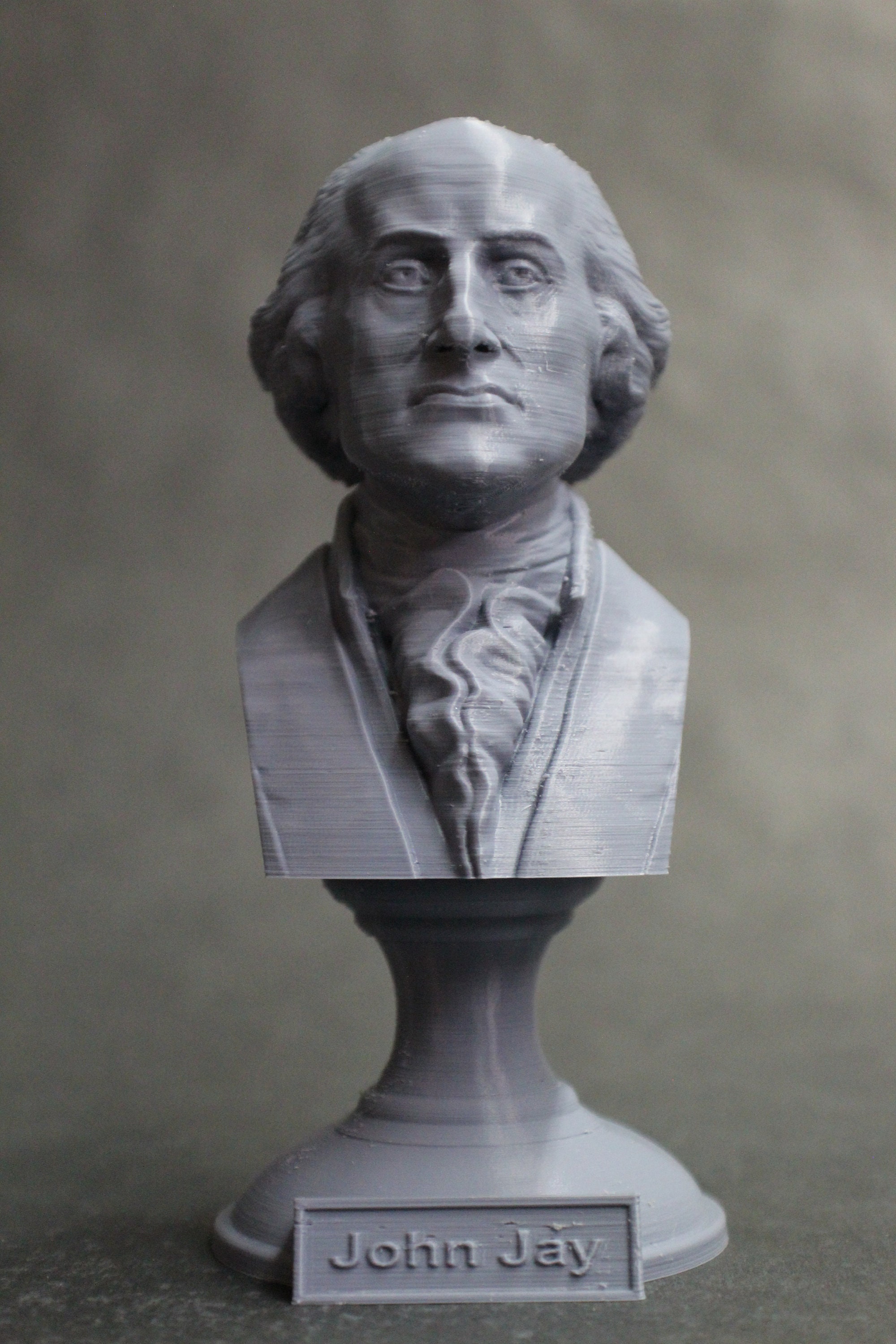 This 3D printed bust of John Jay, founding father and the first Chief Justice of the USA. This one is printed in a gray PLA, giving it a detailed look and a surprise whenever someone picks it up to discover it's actual weight. It is more durable than alabaster or plaster, and is washable with lukewarm soapy water for easy spring cleaning. It comes on a custom plinth that has his name on the front.

John Jay (December 23, 1745 – May 17, 1829)[1] was an American statesman, Patriot, diplomat, one of the Founding Fathers of the United States, negotiator and signatory of the Treaty of Paris of 1783, second Governor of New York, and the first Chief Justice of the United States (1789–1795). He directed U.S. foreign policy for much of the 1780s and was an important leader of the Federalist Party after the ratification of the United States Constitution in 1788.

The item looks like marble (I ordered the marble color). Only when you pick it up can you tell it's not stone. The only issue is that the name can't be seen easily because it is made of the same material. But I plan to get paint or a marker to have it stand out. Very impressed by this bust.