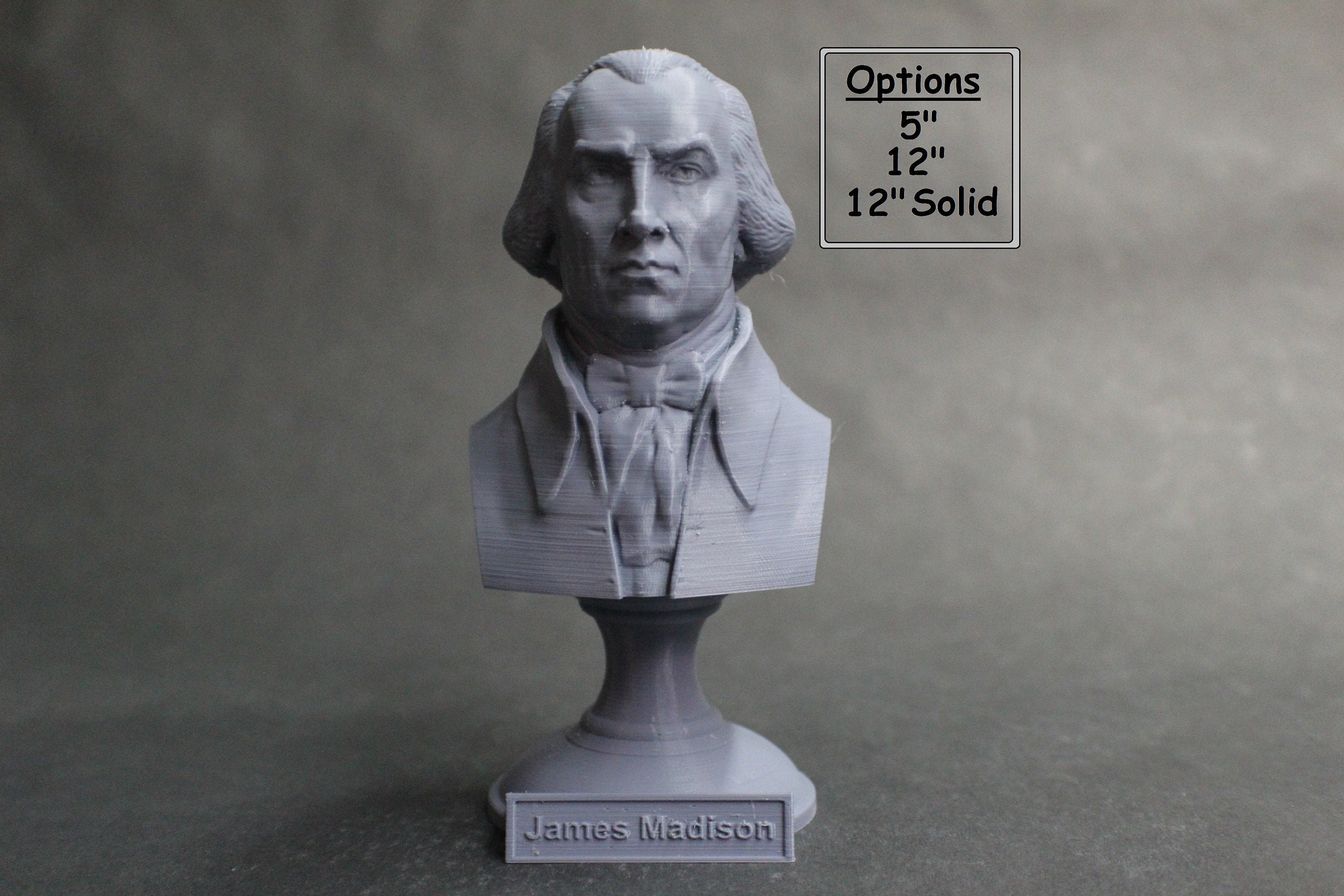 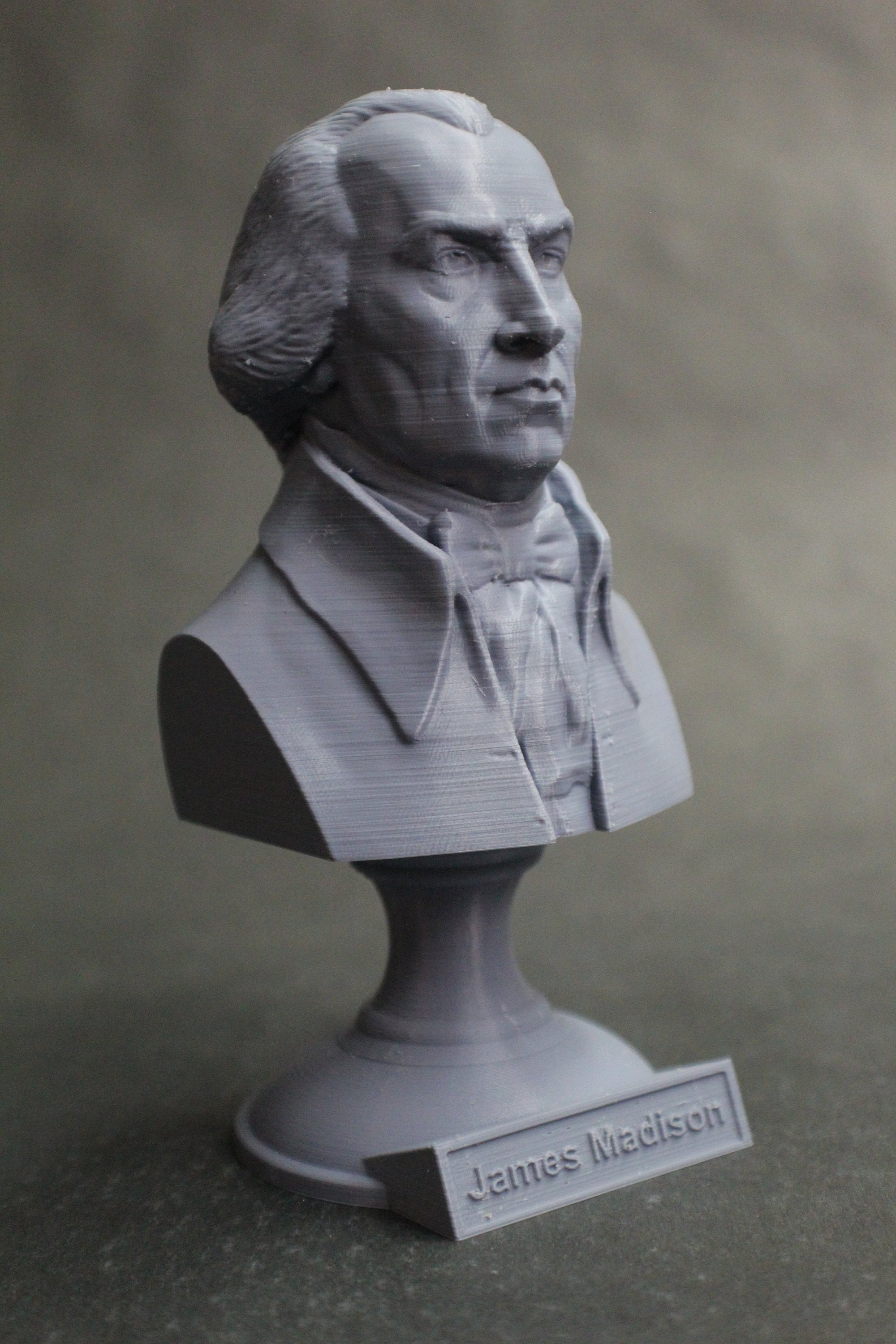 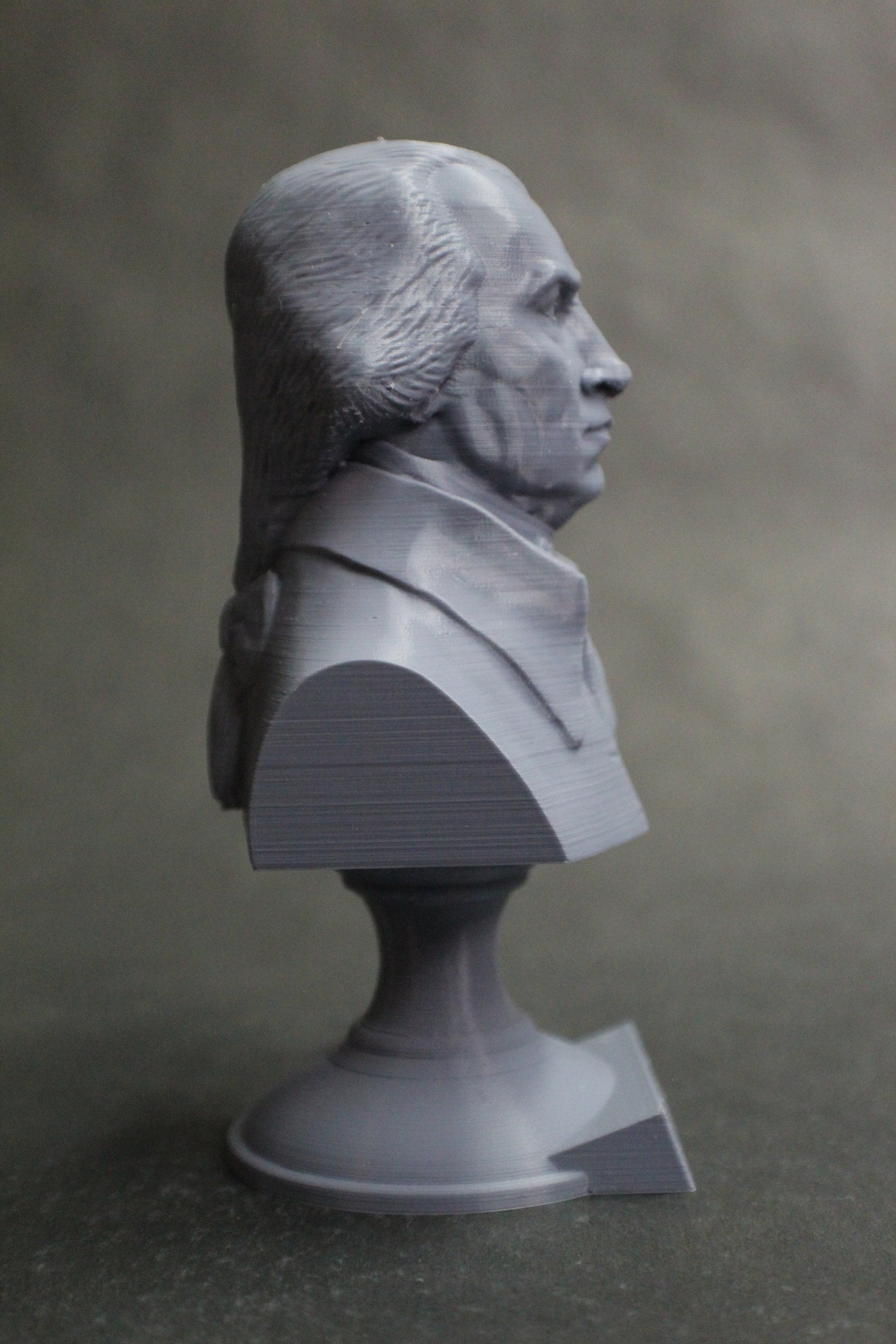 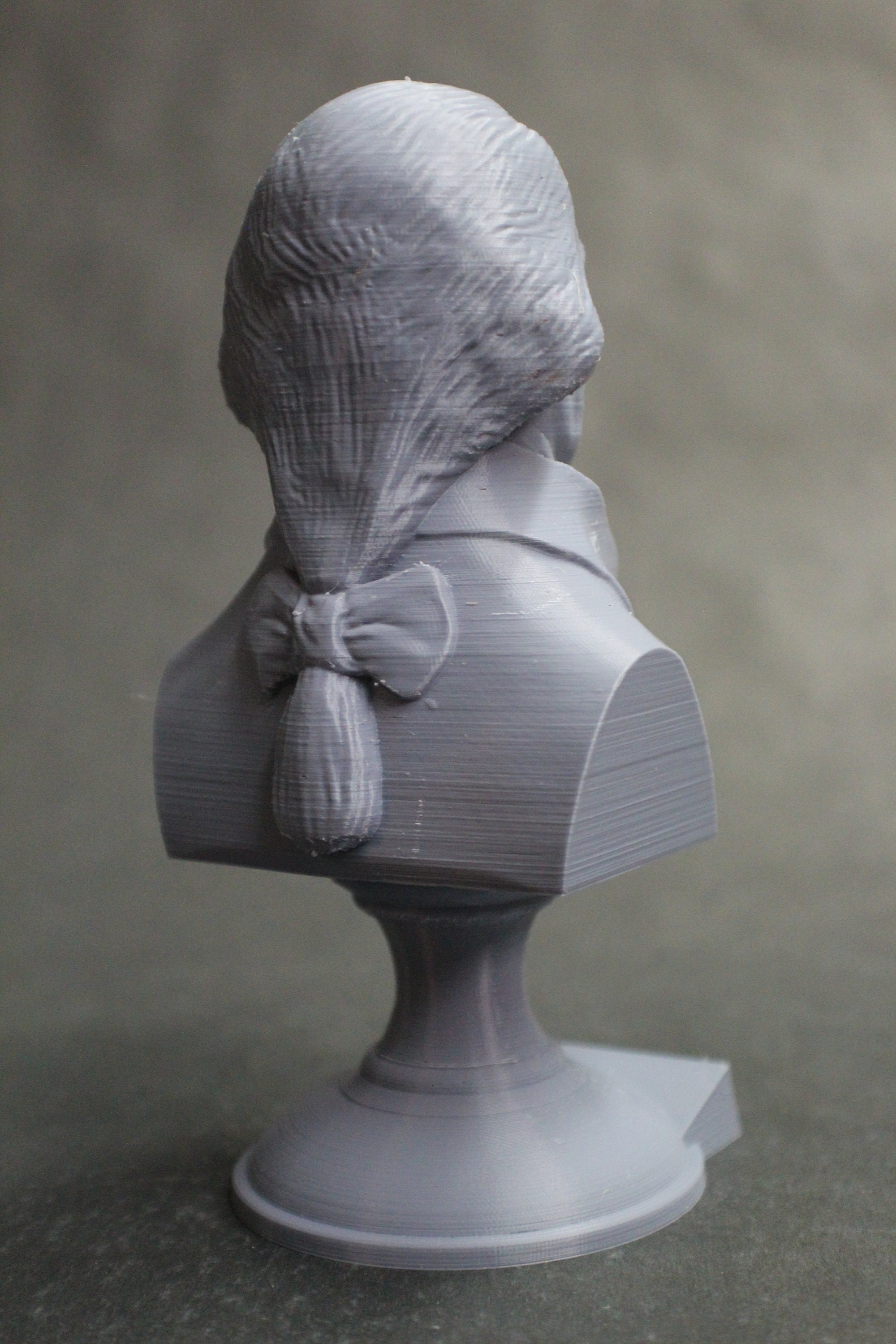 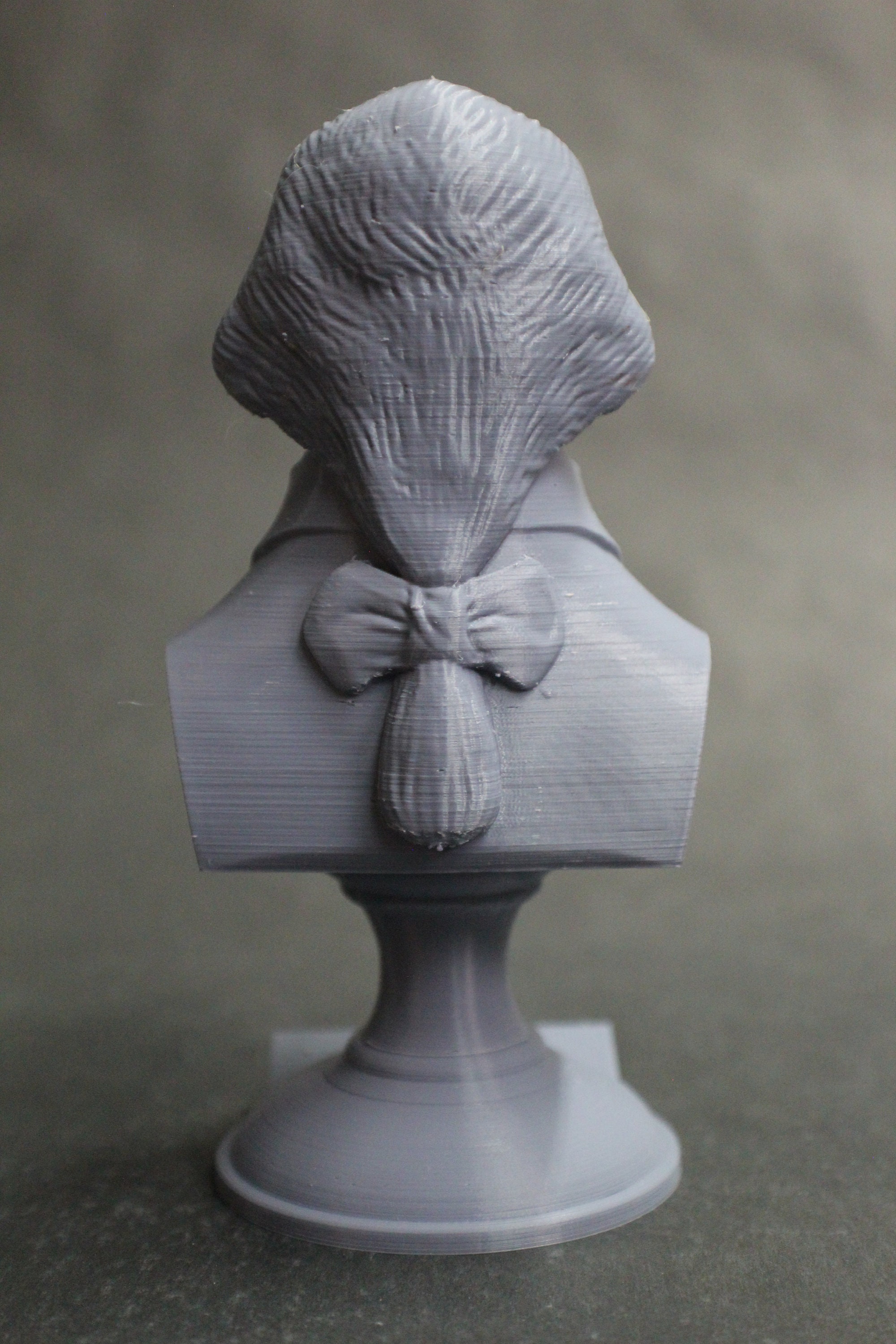 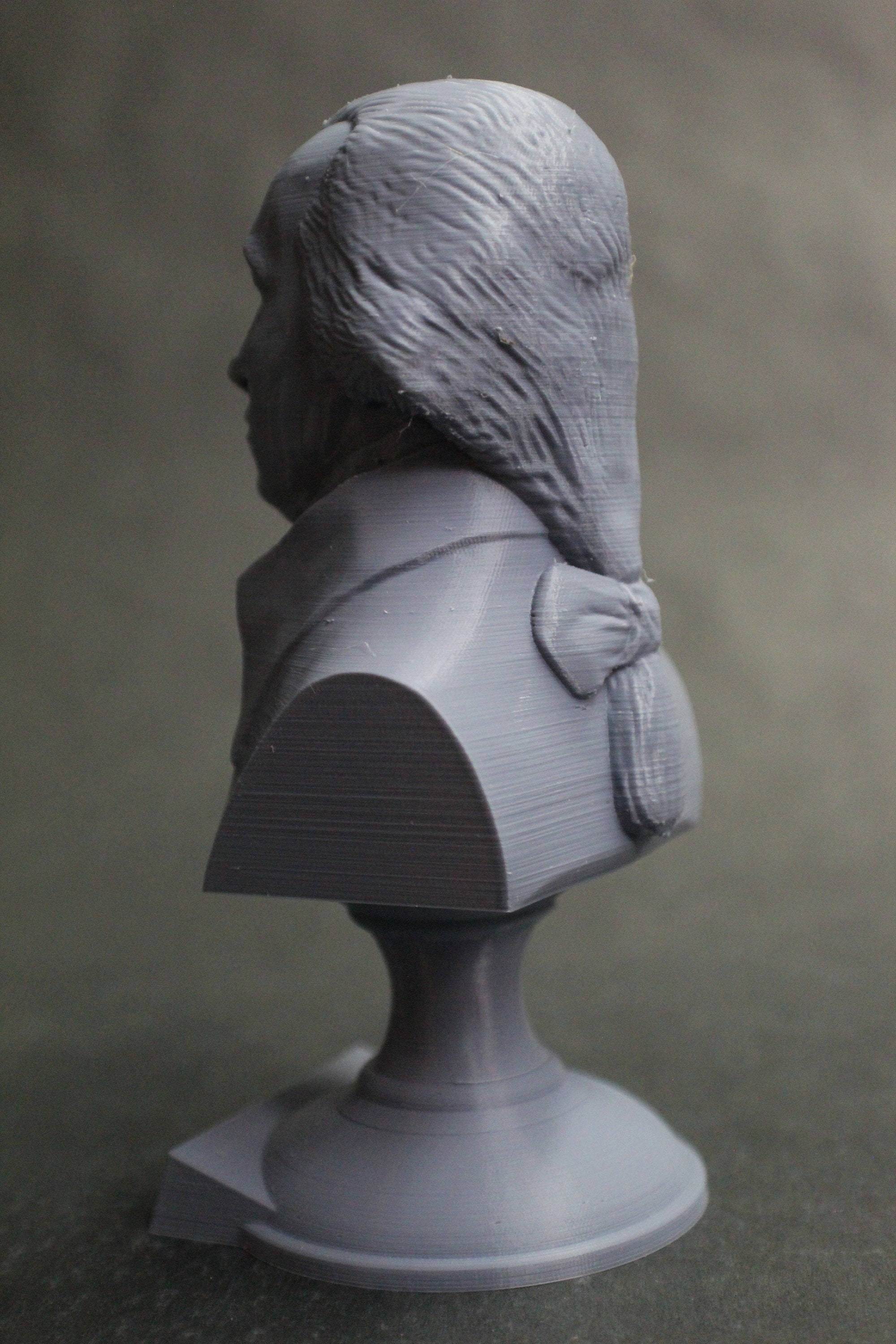 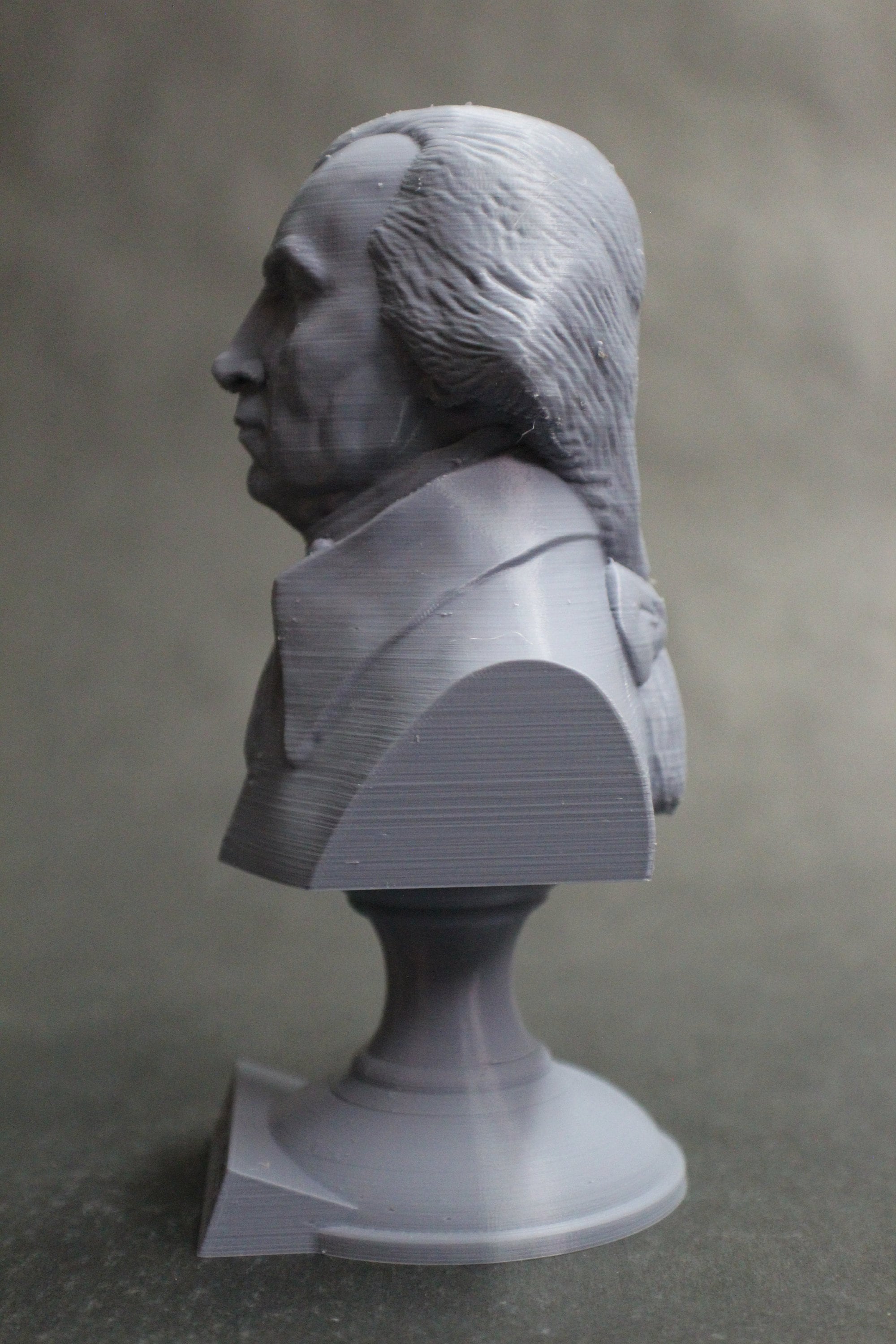 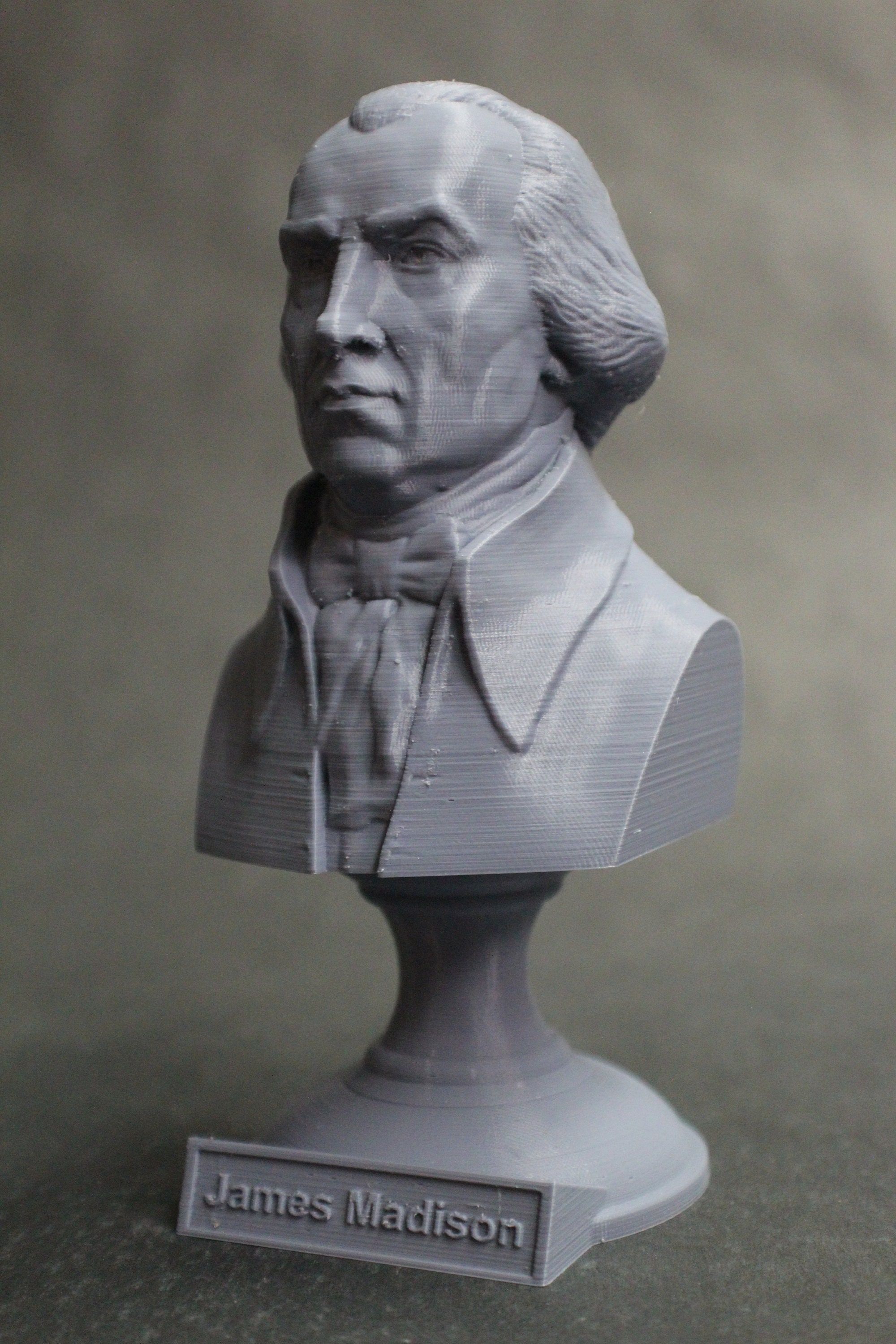 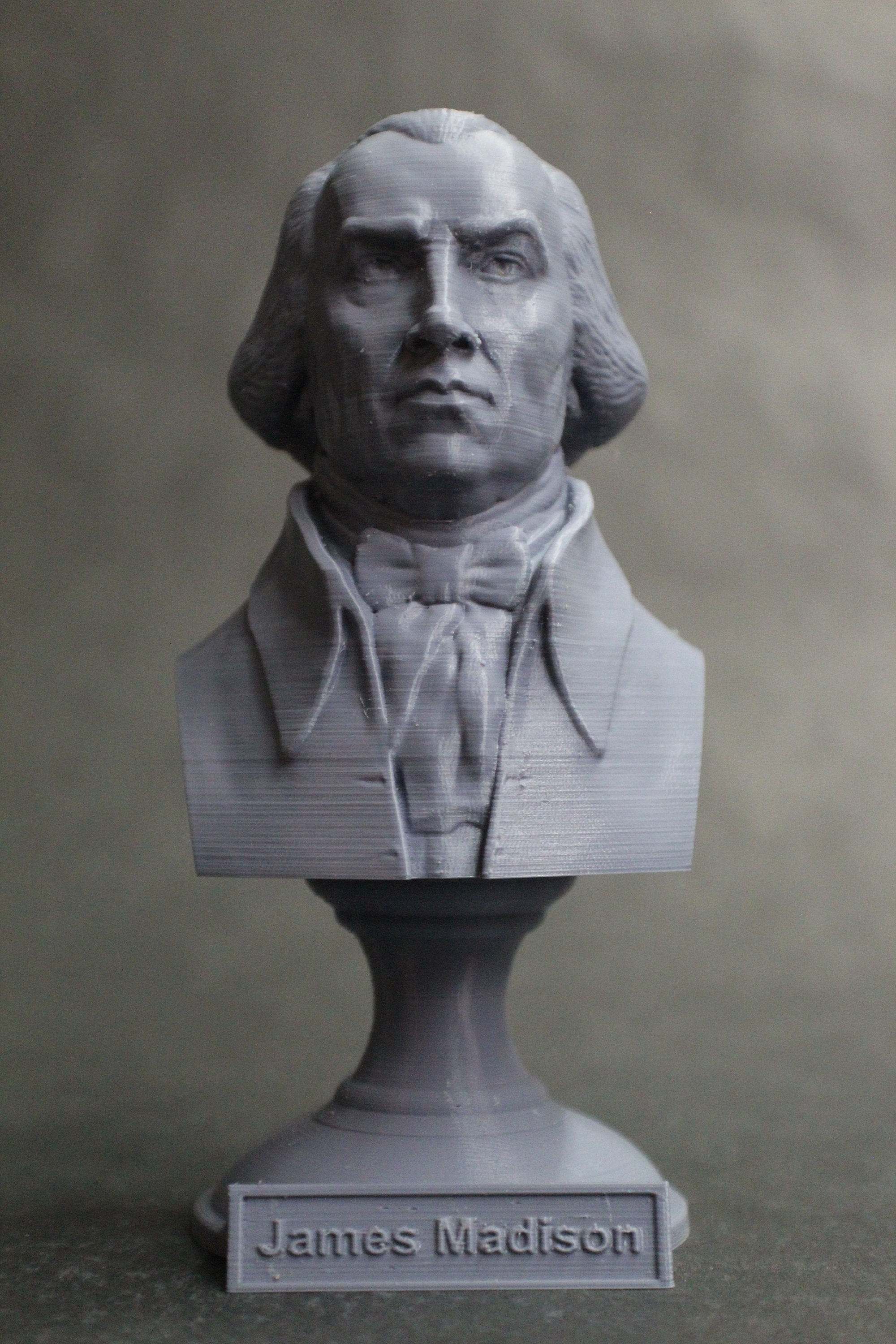 This 3D printed bust of James Madison, the fourth United States President. This one is printed in a gray PLA, giving it a detailed look and a surprise whenever someone picks it up to discover it's actual weight. It is more durable than alabaster or plaster, and is washable with lukewarm soapy water for easy spring cleaning. It comes on a custom plinth that has his name on the front.

James Madison Jr. (March 16, 1751 – June 28, 1836) was an American statesman and Founding Father who served as the fourth President of the United States from 1809 to 1817. He is hailed as the "Father of the Constitution" for his pivotal role in drafting and promoting the United States Constitution and the Bill of Rights.

Born into a prominent Virginia planting family, Madison served as a member of the Virginia House of Delegates and the Continental Congress during and after the American Revolutionary War. In the late 1780s, he helped organize the Constitutional Convention, which produced a new constitution to supplant the ineffective Articles of Confederation. After the Convention, Madison became one of the leaders in the movement to ratify the Constitution, and his collaboration with Alexander Hamilton produced The Federalist Papers, among the most important treatises in support of the Constitution.

After the ratification of the Constitution in 1788, Madison won election to the United States House of Representatives. While simultaneously serving as a close adviser to President George Washington, Madison emerged as one of the most prominent members of the 1st Congress, helping to pass several bills establishing the new government. For his role in drafting the first ten amendments to the Constitution during the 1st Congress, Madison is known as the "Father of the Bill of Rights." Though he had played a major role in the enactment of a new constitution that created a stronger federal government, Madison opposed the centralization of power sought by Treasury Secretary Alexander Hamilton during Washington's presidency. To oppose Hamilton, Thomas Jefferson and Madison organized the Democratic-Republican Party, which became one of the nation's two first major political parties alongside Hamilton's Federalist Party. After Jefferson won the 1800 presidential election, Madison served as Jefferson's Secretary of State from 1801 to 1809. In this role, Madison supervised the Louisiana Purchase, which doubled the nation's size.

Madison succeeded Jefferson with a victory in the 1808 presidential election, and he won re-election in 1812. After the failure of diplomatic protests and a trade embargo against the United Kingdom, he led the U.S. into the War of 1812. The war was an administrative morass, as the United States had neither a strong army nor a robust financial system. As a result, Madison came to support a stronger national government and military, as well as the national bank, which he had long opposed. Historians have generally ranked Madison as an above-average president.

The bust itself is very impressive. Unfortunately, I can't display it because the base was broken apart from the bust in shipment.

love the color choices too