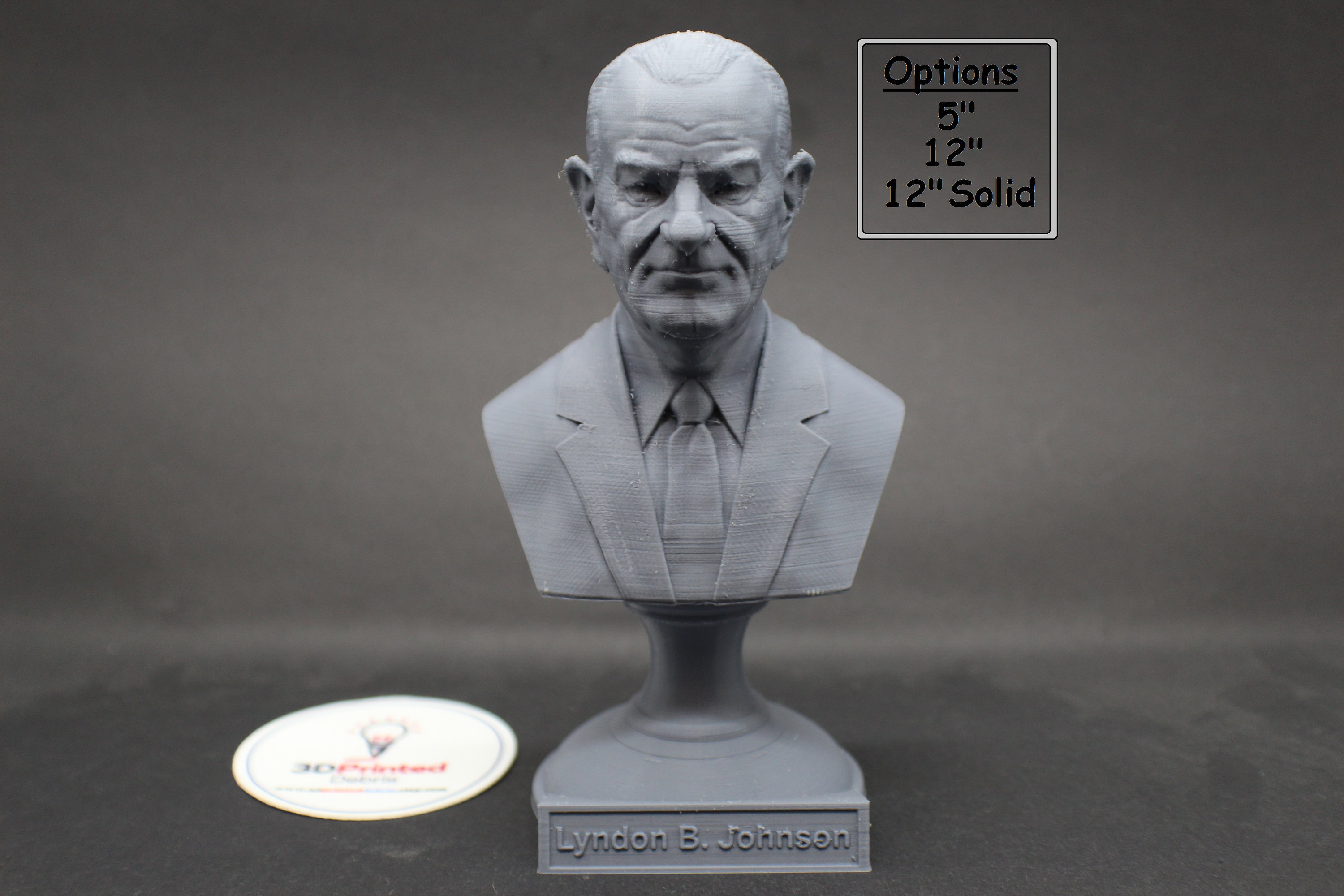 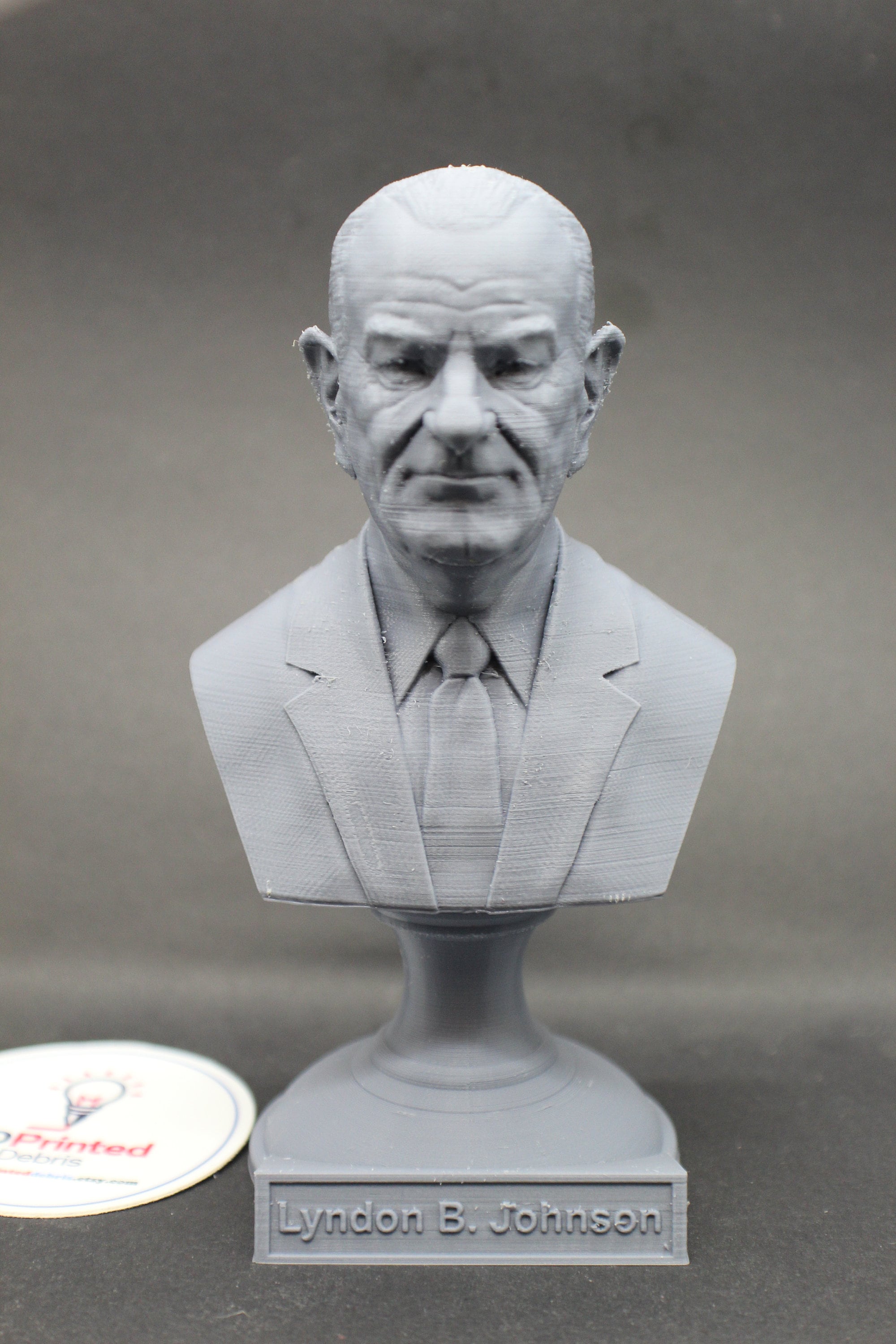 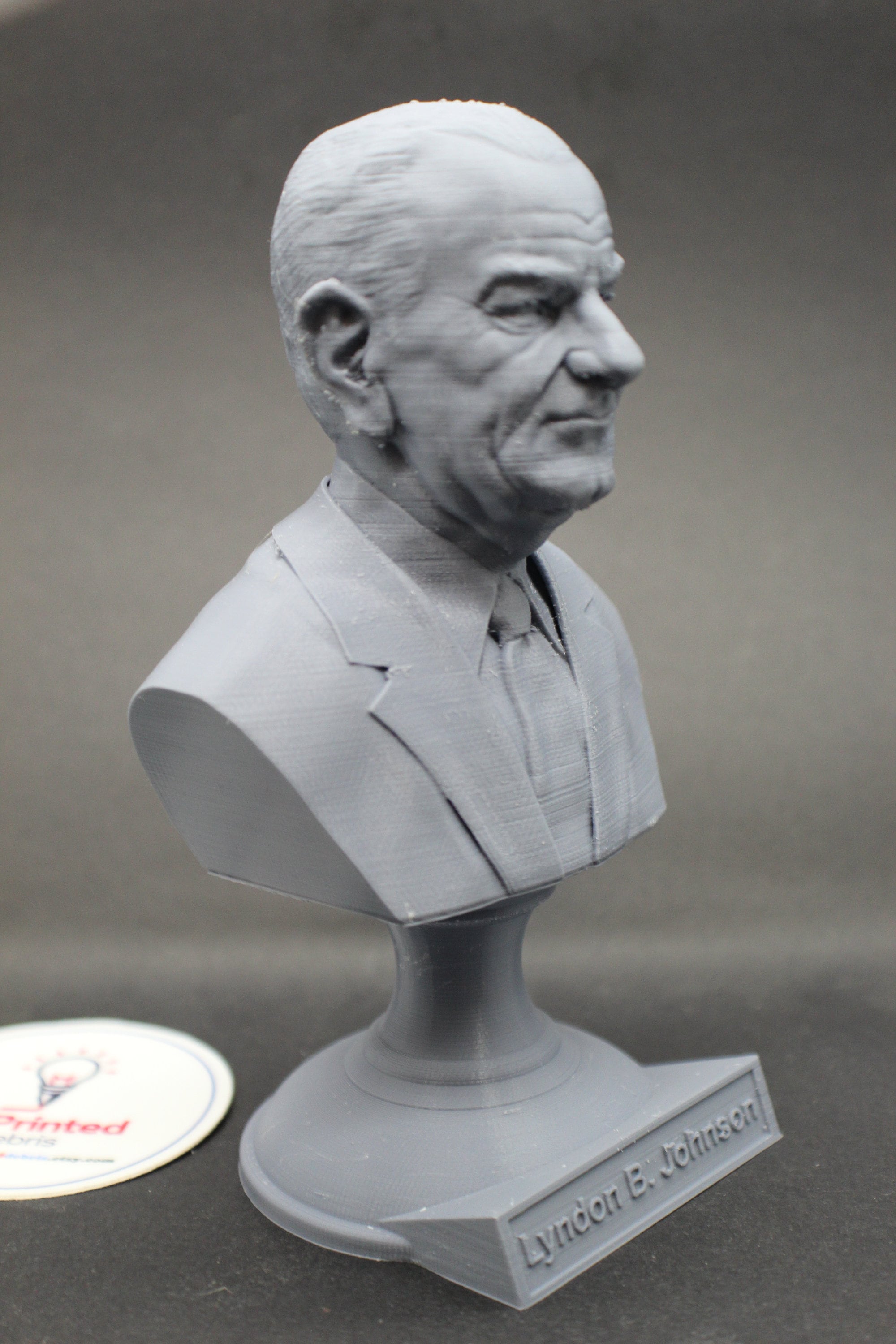 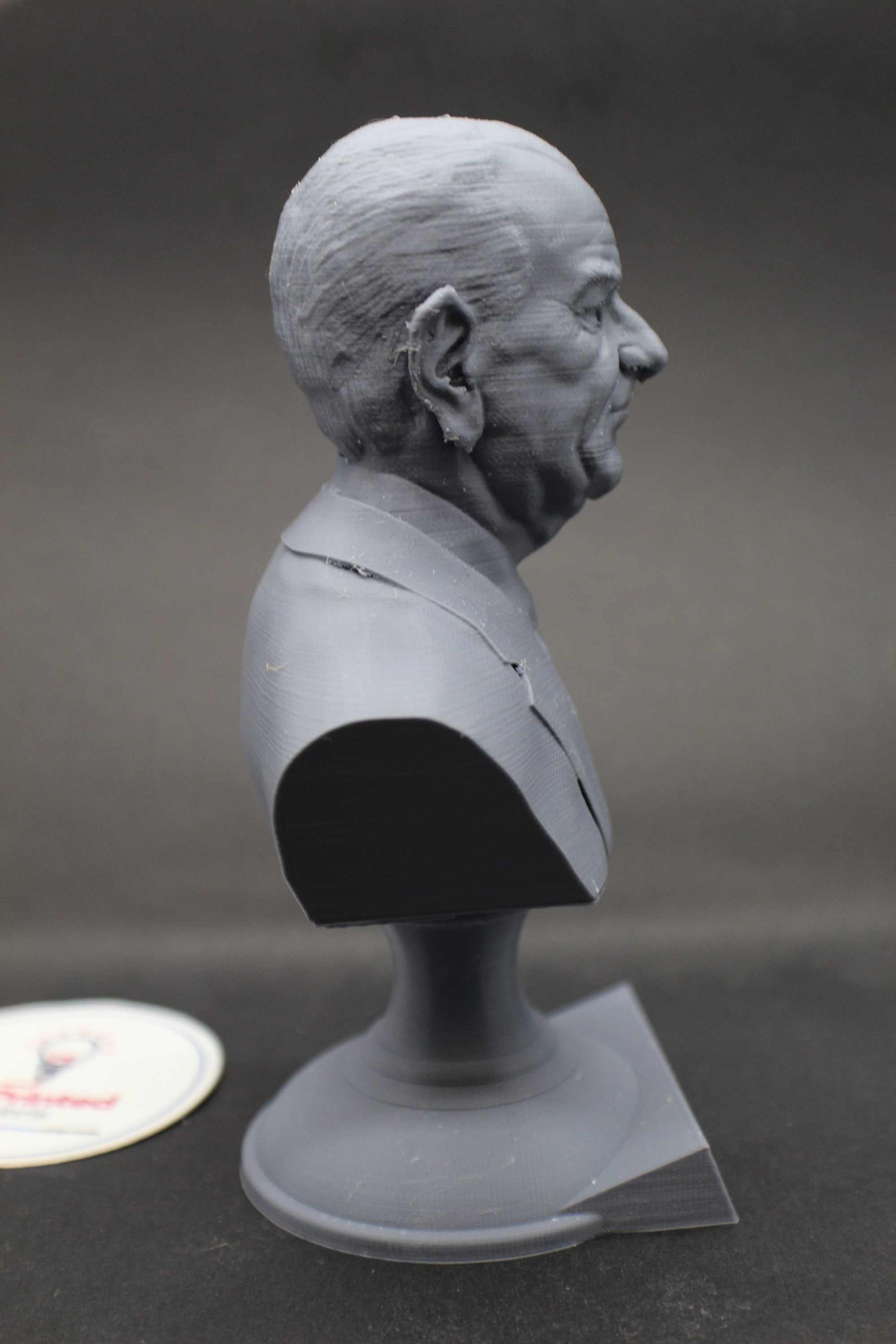 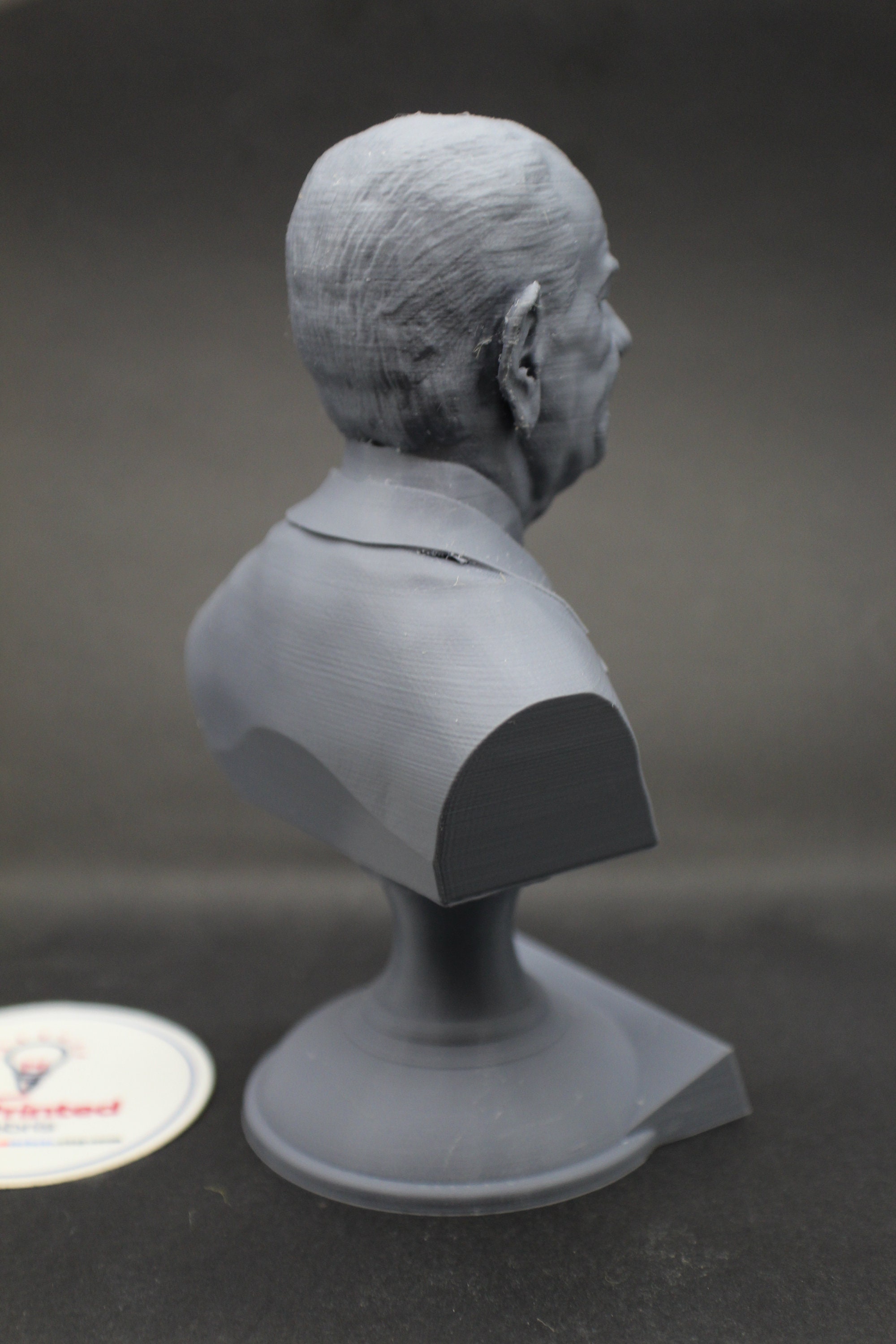 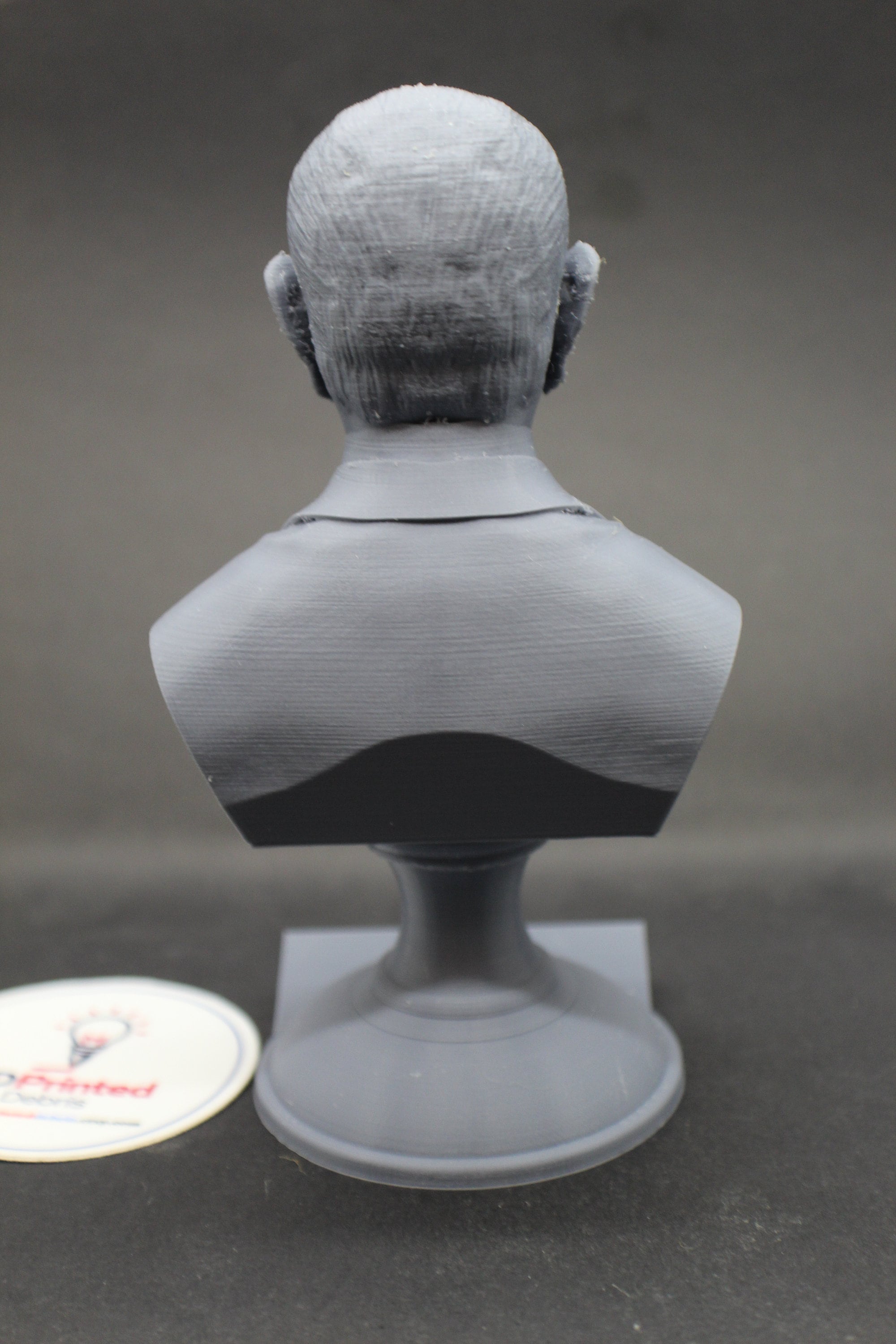 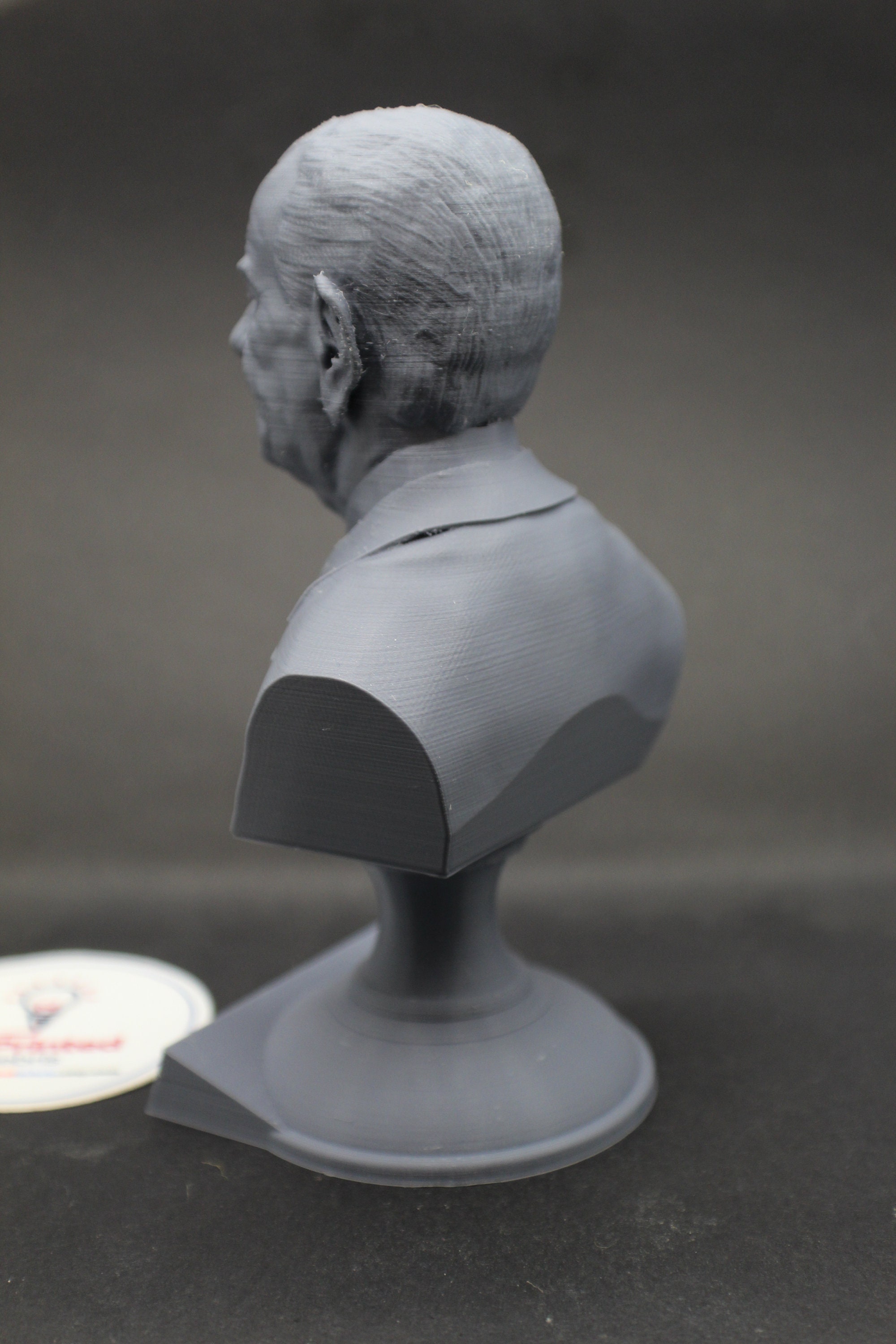 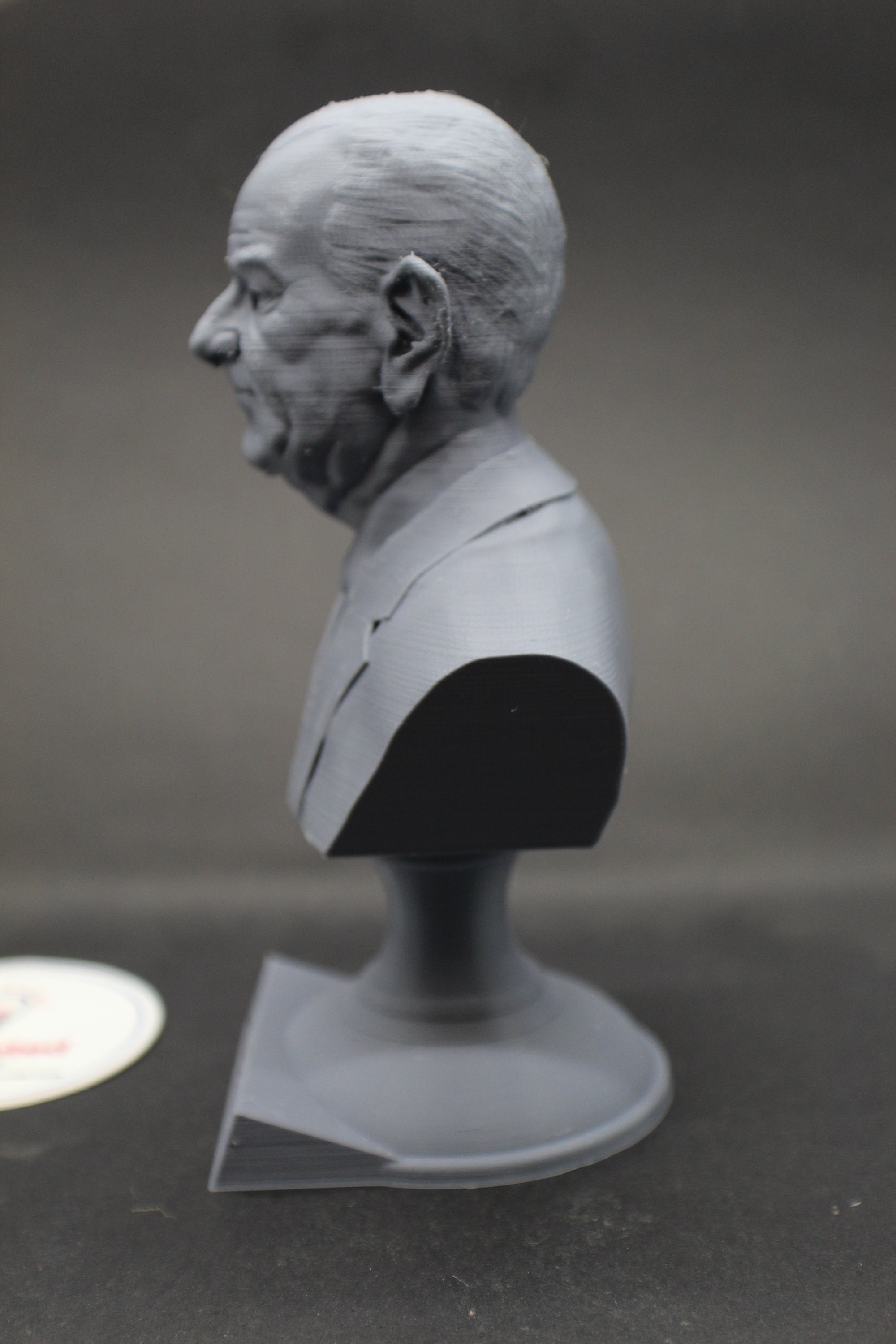 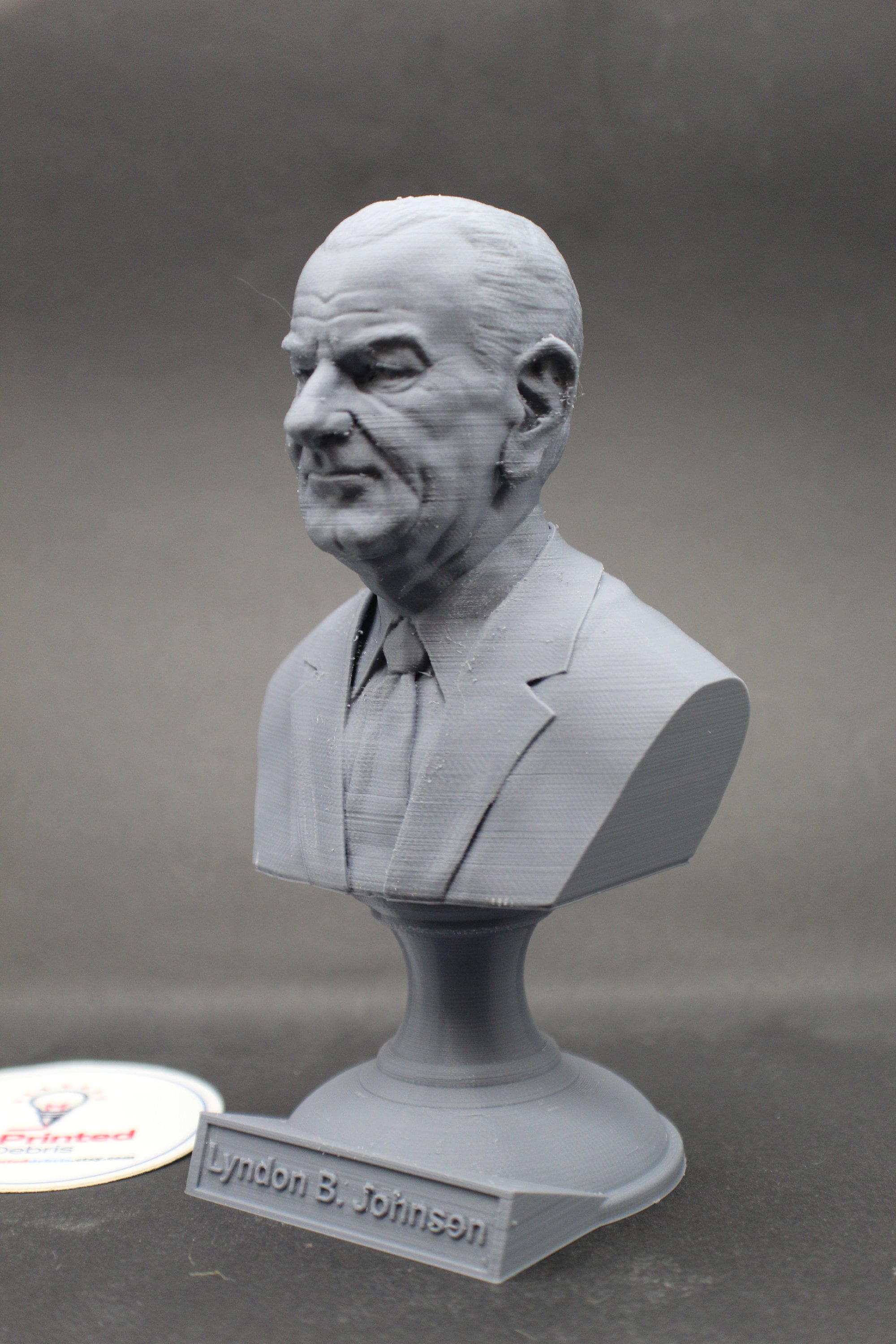 This 3D printed bust of Lyndon B. Johnson, the thirty-sixth United States President. This one is printed in a gray PLA, giving it a detailed look and a surprise whenever someone picks it up to discover it's actual weight. It is more durable than alabaster or plaster, and is washable with lukewarm soapy water for easy spring cleaning. It comes on a custom plinth that has his name on the front.

Born in a farmhouse in Stonewall, Texas, Johnson was a high school teacher and worked as a congressional aide before winning election to the House of Representatives in 1937. He won election to the Senate in 1948 and was appointed to the position of Senate Majority Whip in 1951. He became the Senate Minority Leader in 1953 and the Senate Majority Leader in 1955. He became known for his domineering personality and the "Johnson treatment", his aggressive coercion of powerful politicians to advance legislation.

Johnson ran for the Democratic nomination in the 1960 presidential election. Although unsuccessful, he accepted the invitation of then-Senator John F. Kennedy of Massachusetts to be his running mate. They went on to win a close election over the Republican ticket of Richard Nixon and Henry Cabot Lodge Jr. On November 22, 1963, Kennedy was assassinated and Johnson succeeded him as president. The following year, Johnson won a landslide in 1964, defeating Senator Barry Goldwater of Arizona. With 61.1% of the popular vote, Johnson won the largest share of the popular vote of any candidate since the largely uncontested 1820 election.

In domestic policy, Johnson designed the "Great Society" legislation to expand civil rights, public broadcasting, Medicare, Medicaid, aid to education, the arts, urban and rural development, public services and his "War on Poverty". Assisted in part by a growing economy, the War on Poverty helped millions of Americans rise above the poverty line during his administration. Civil-rights bills that he signed into law banned racial discrimination in public facilities, interstate commerce, the workplace and housing; the Voting Rights Act prohibited certain requirements in southern states used to disenfranchise African Americans. With the passage of the Immigration and Nationality Act of 1965, the country's immigration system was reformed, encouraging greater emigration from regions other than Europe. Johnson's presidency marked the peak of modern liberalism after the New Deal era.