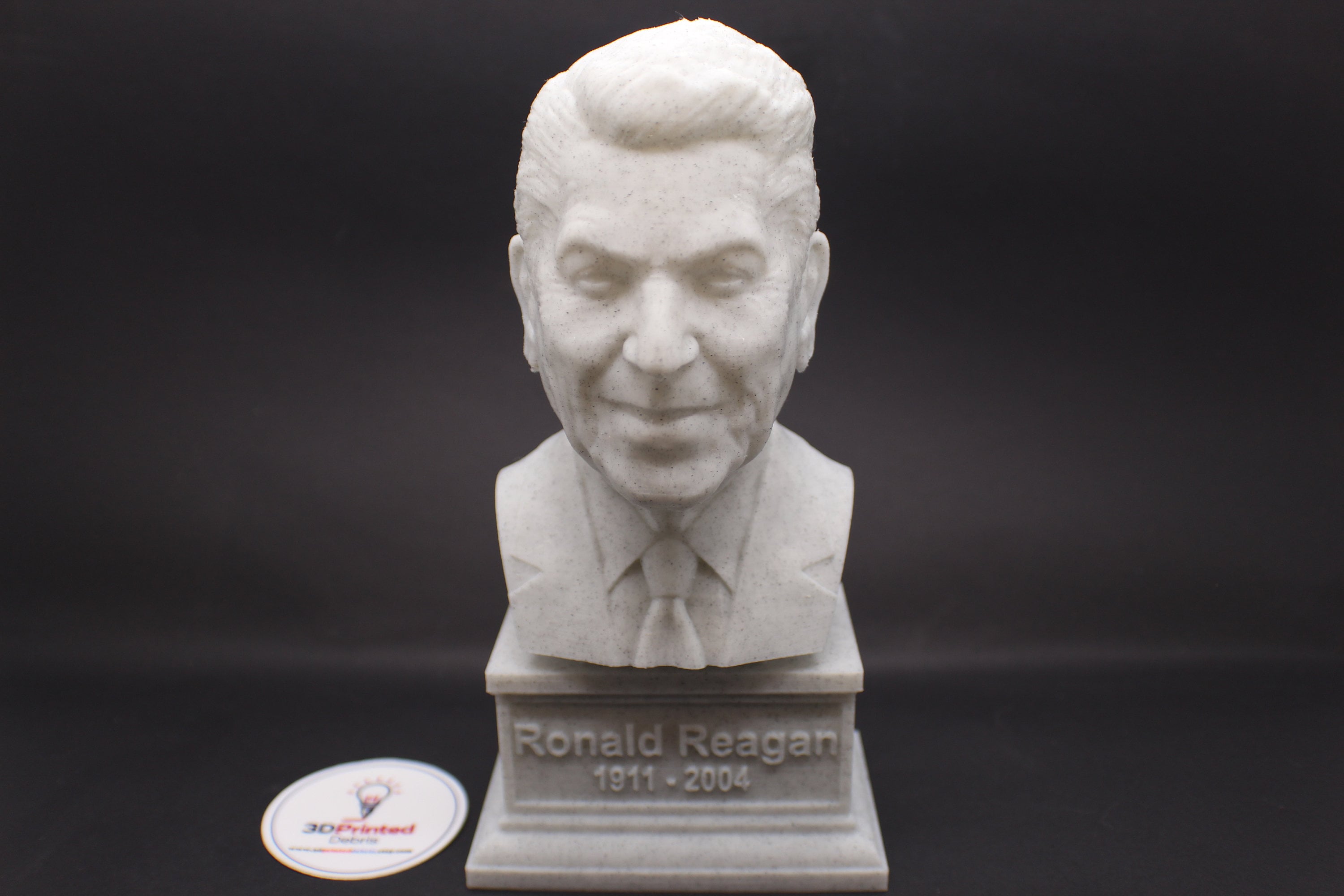 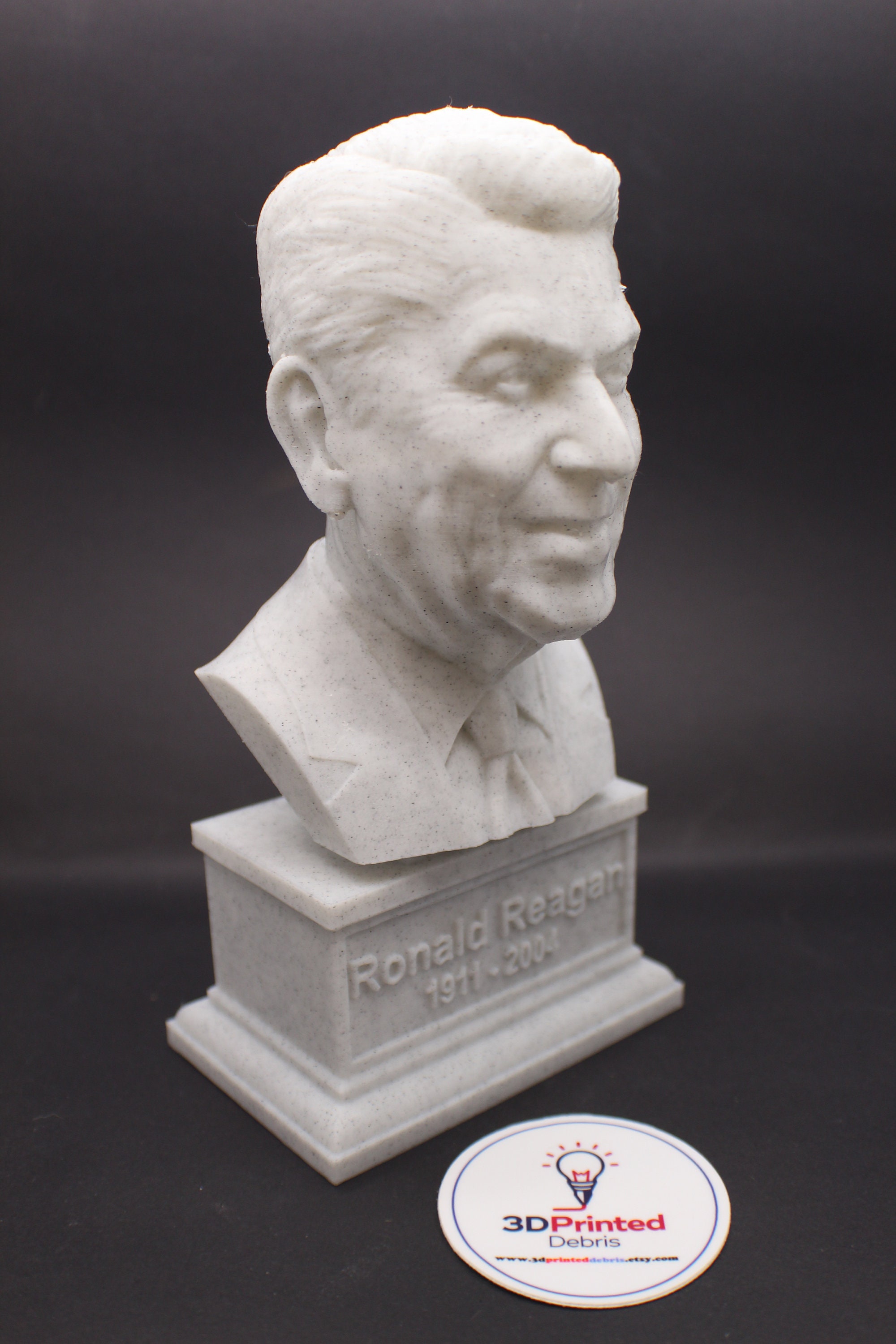 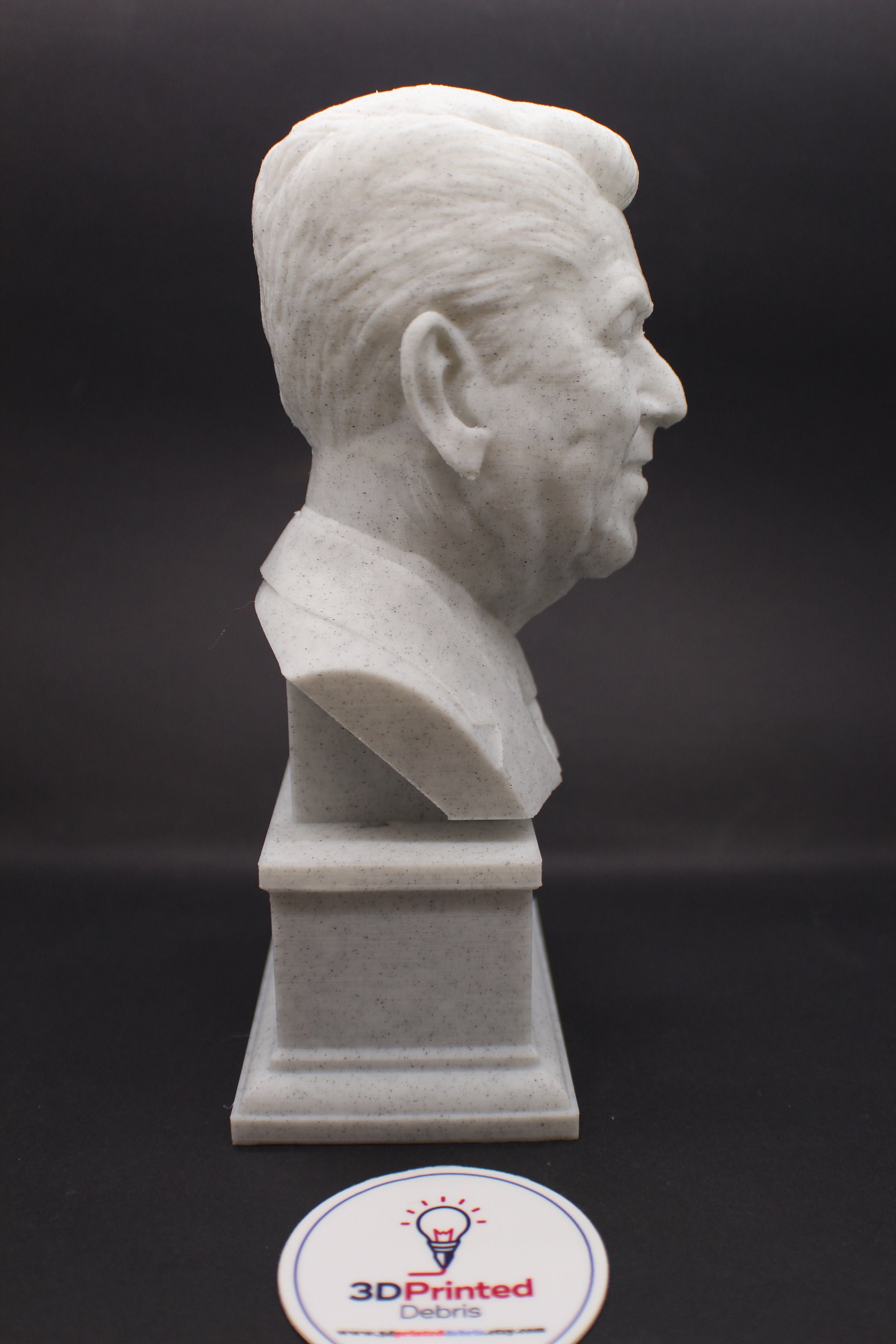 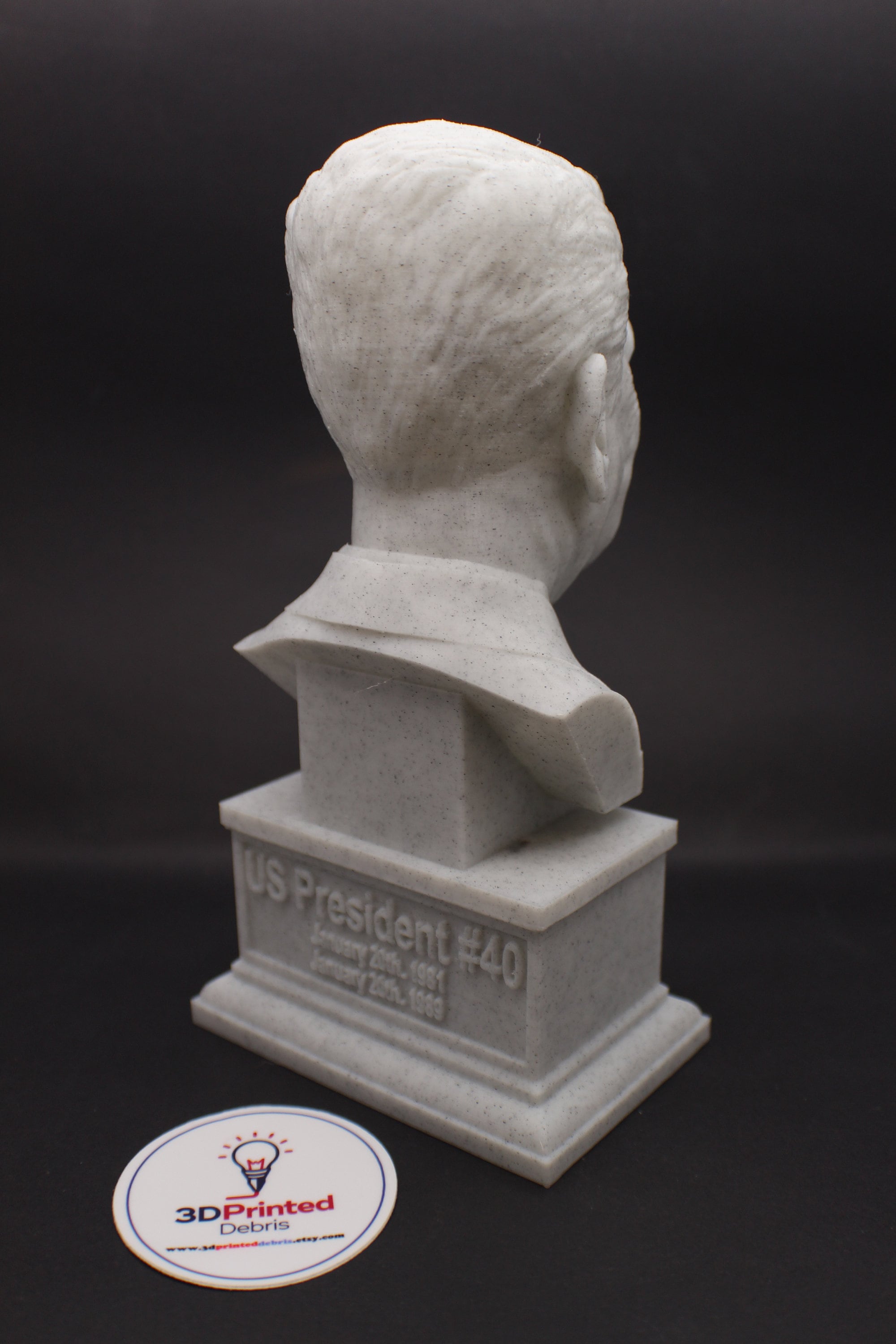 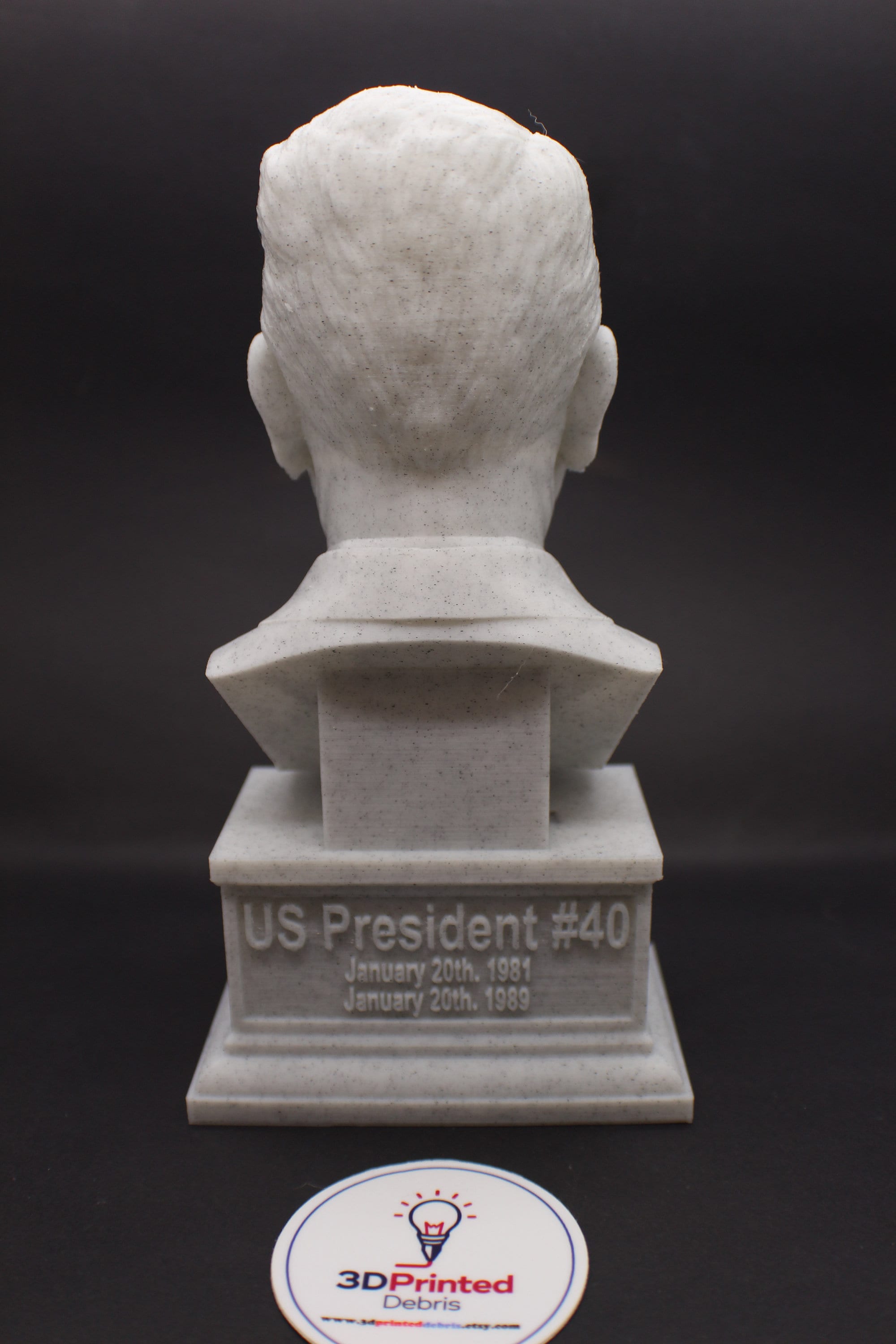 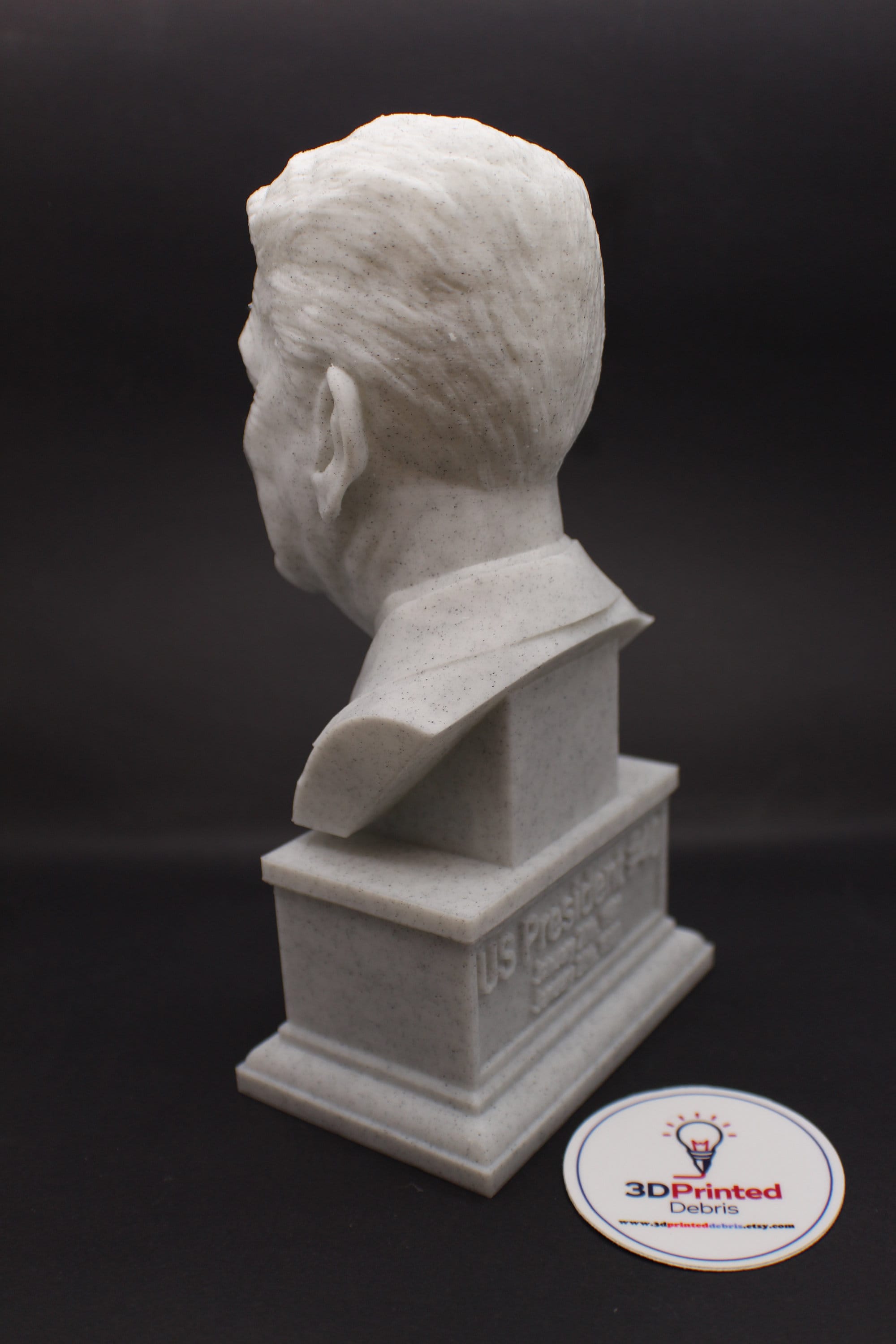 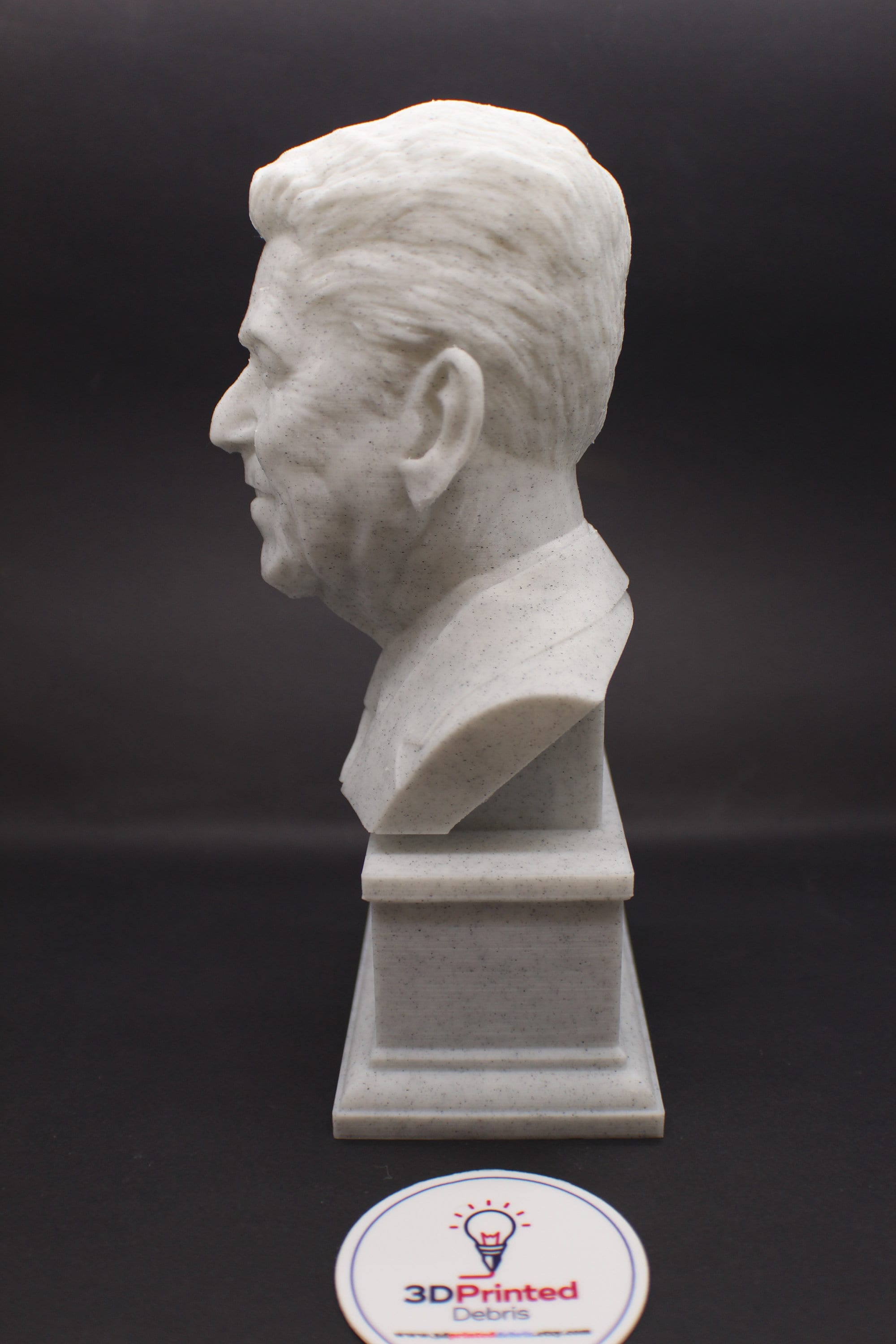 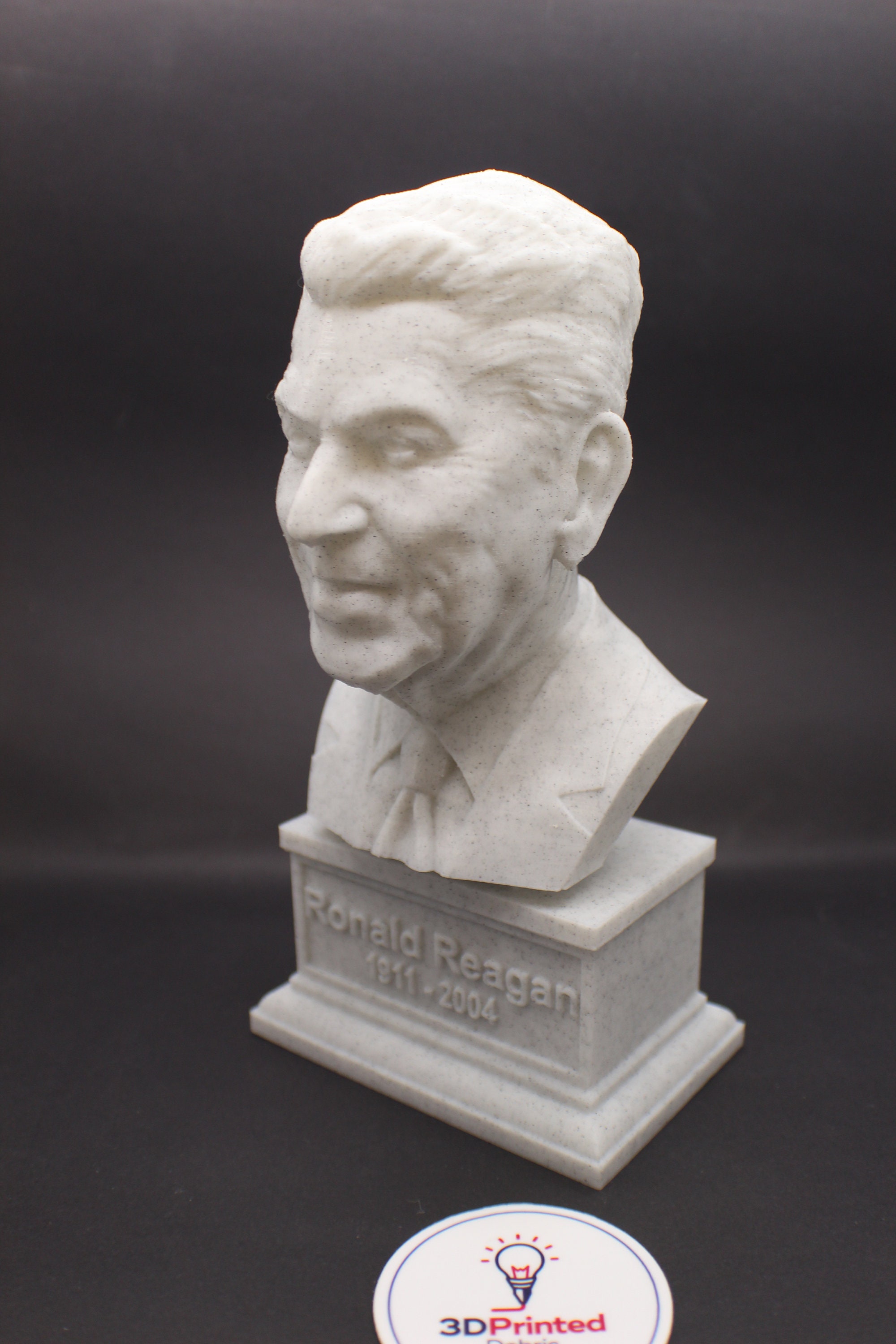 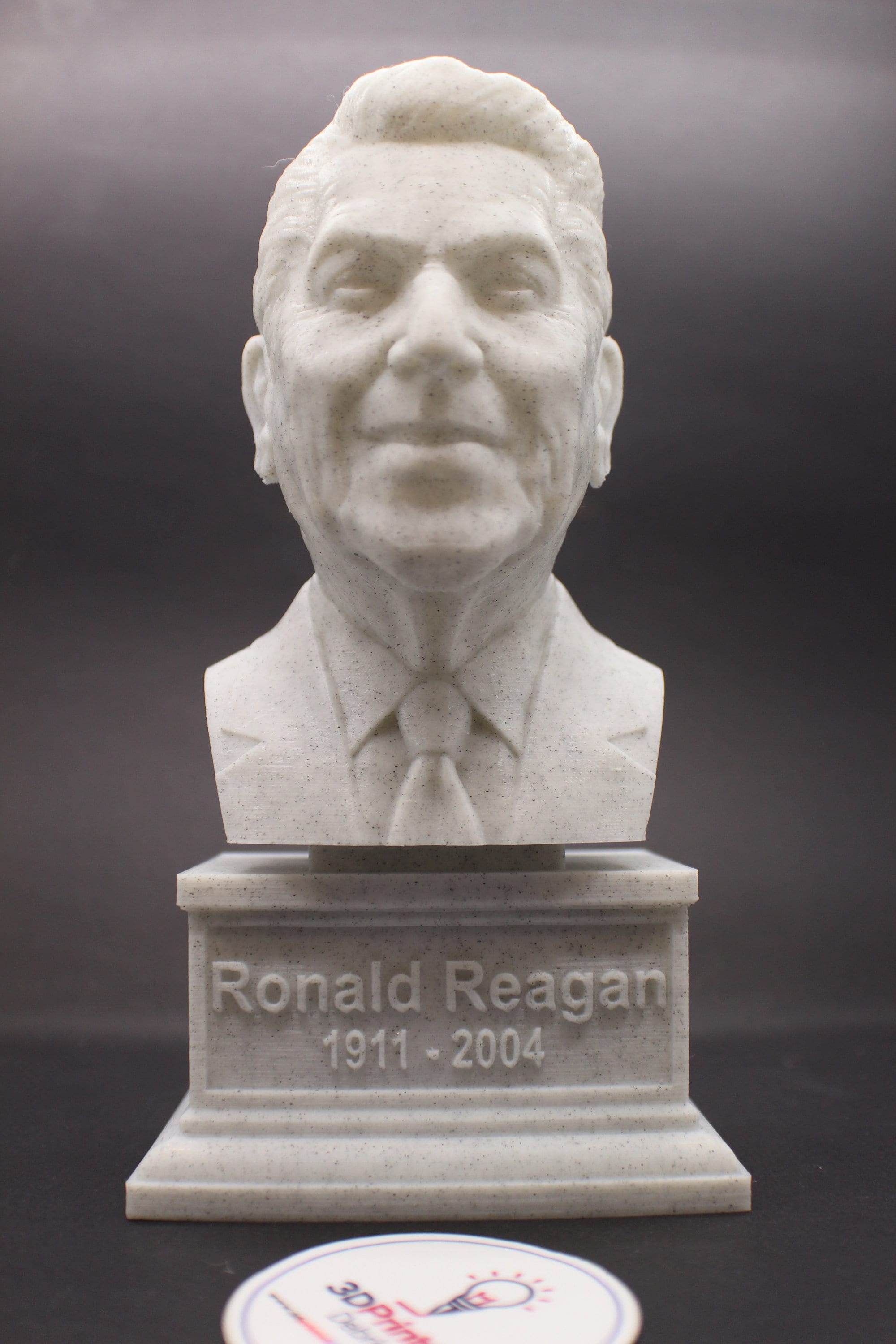 This 3D printed bust of Ronald Reagan, the fortieth United States President. This one is printed in a marble PLA, giving it a realistic stone look and a surprise whenever someone picks it up to discover it's actual weight. It is more durable than alabaster or plaster, and is washable with lukewarm soapy water for easy spring cleaning. It comes on a custom plinth that has his lifetime on the front, and his dates in office as president on the back.

Reagan was raised in a poor family in small towns of northern Illinois. He graduated from Eureka College in 1932 and worked as a sports announcer on several regional radio stations. After moving to California in 1937, he became an actor and starred in a few major productions. Reagan was twice elected President of the Screen Actors Guild—the labor union for actors—where he worked to root out Communist influence. In the 1950s, he moved into television and was a motivational speaker at General Electric factories. Reagan had been a Democrat until 1962, when he became a conservative and switched to the Republican Party. In 1964, Reagan's speech, "A Time for Choosing", supported Barry Goldwater's foundering presidential campaign and earned him national attention as a new conservative spokesman. Building a network of supporters, he was elected Governor of California in 1966. As governor, Reagan raised taxes, turned a state budget deficit to a surplus, challenged the protesters at the University of California, ordered in National Guard troops during a period of protest movements in 1969, and was re-elected in 1970. He twice ran unsuccessfully for the Republican presidential nomination, in 1968 and 1976. Four years later in 1980, he won the nomination, and then defeated incumbent president Jimmy Carter. At 69 years, 349 days of age at the time of his inauguration, he became the oldest president-elect to take the oath of office (a distinction now held by Donald Trump, since 2017). Reagan faced former vice president Walter Mondale when he ran for re-election in 1984, and defeated him in a landslide with the largest electoral college victory in American history.