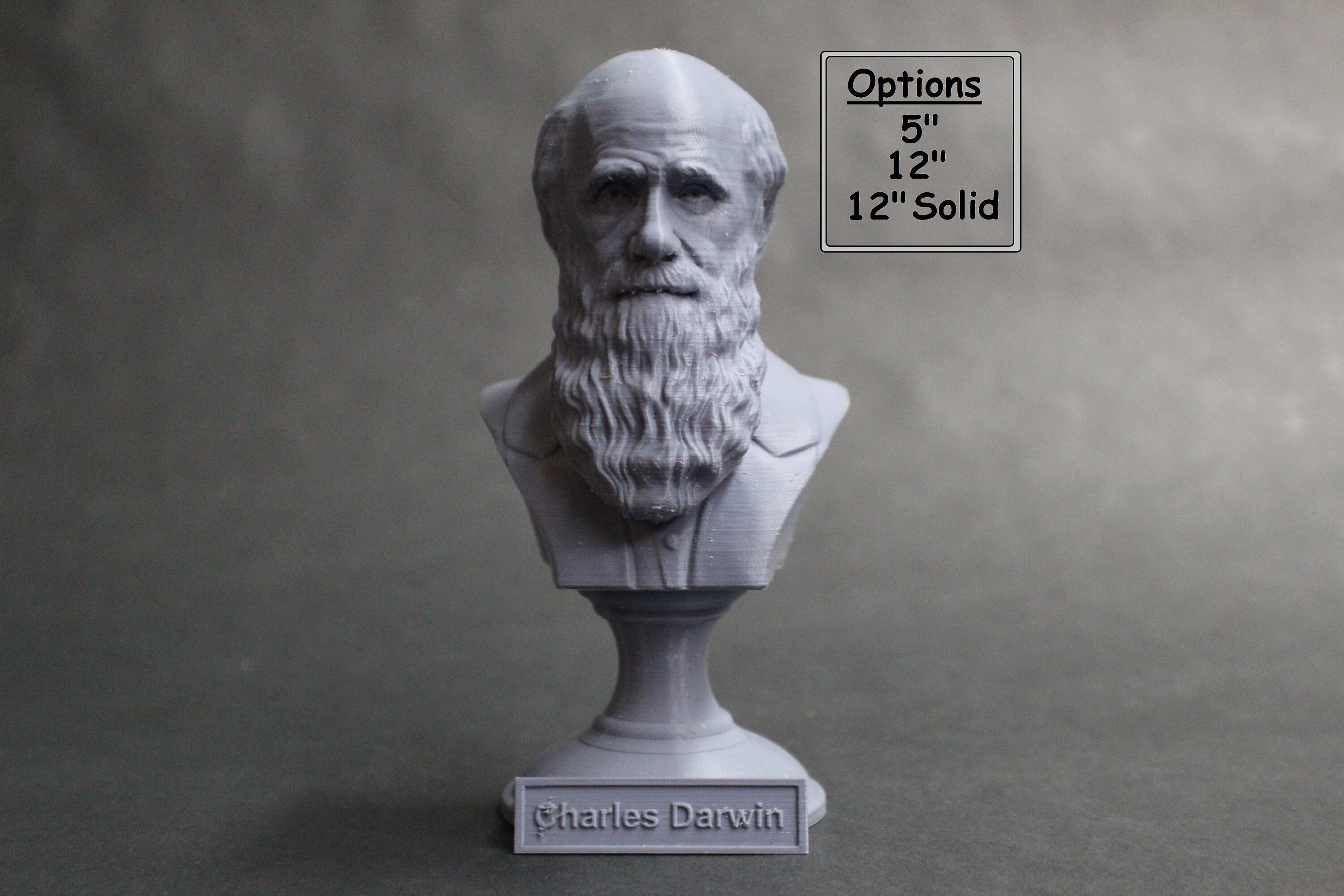 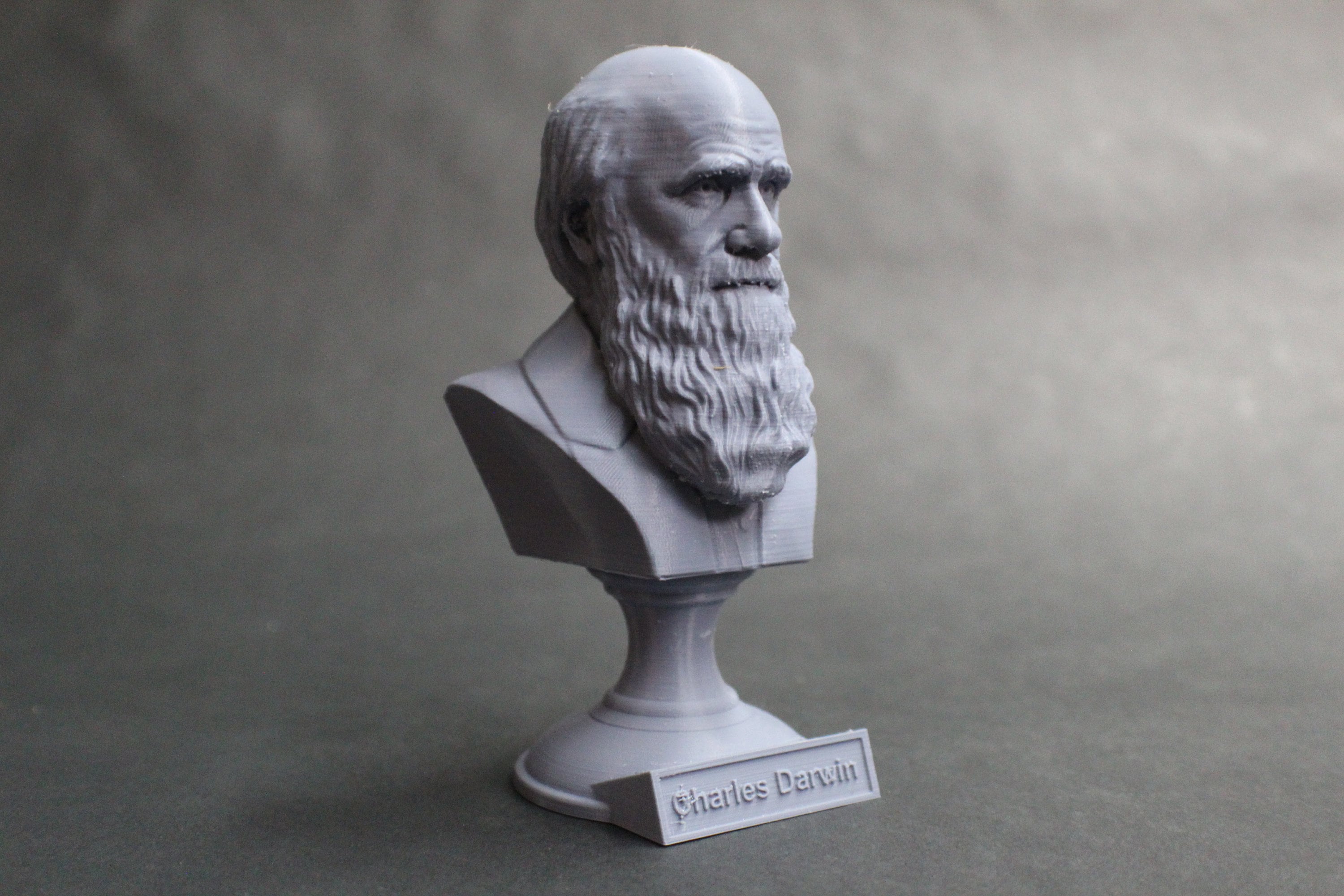 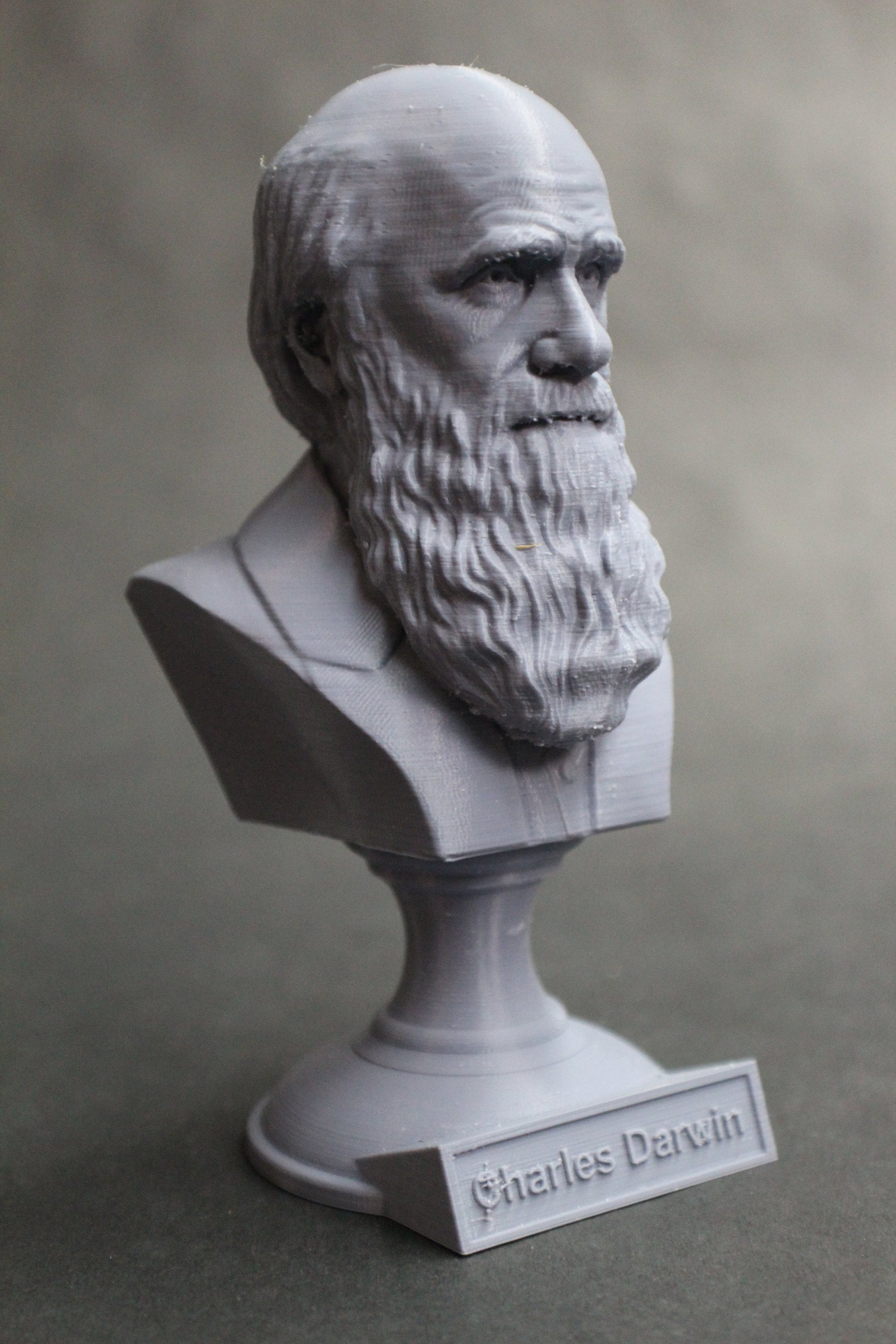 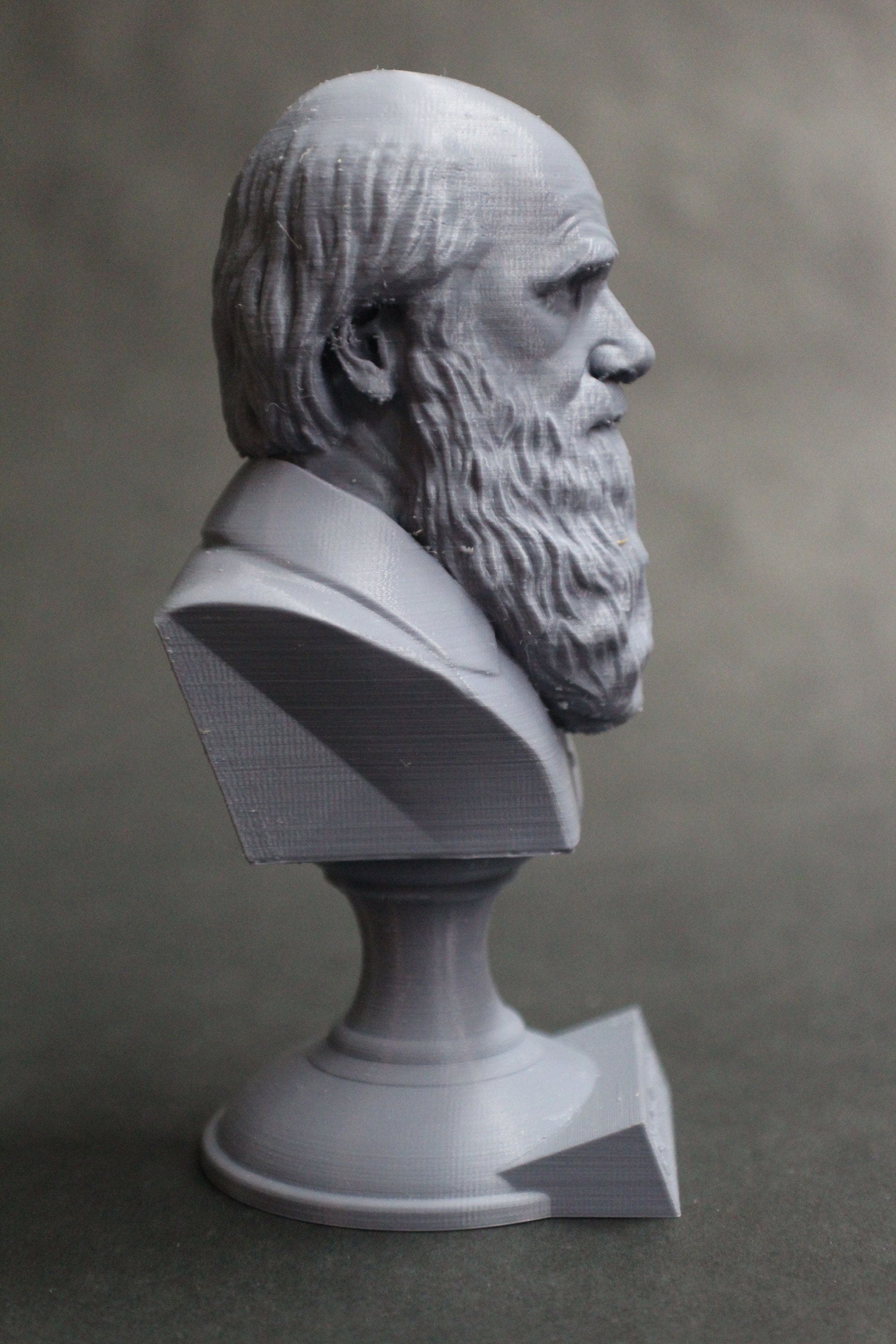 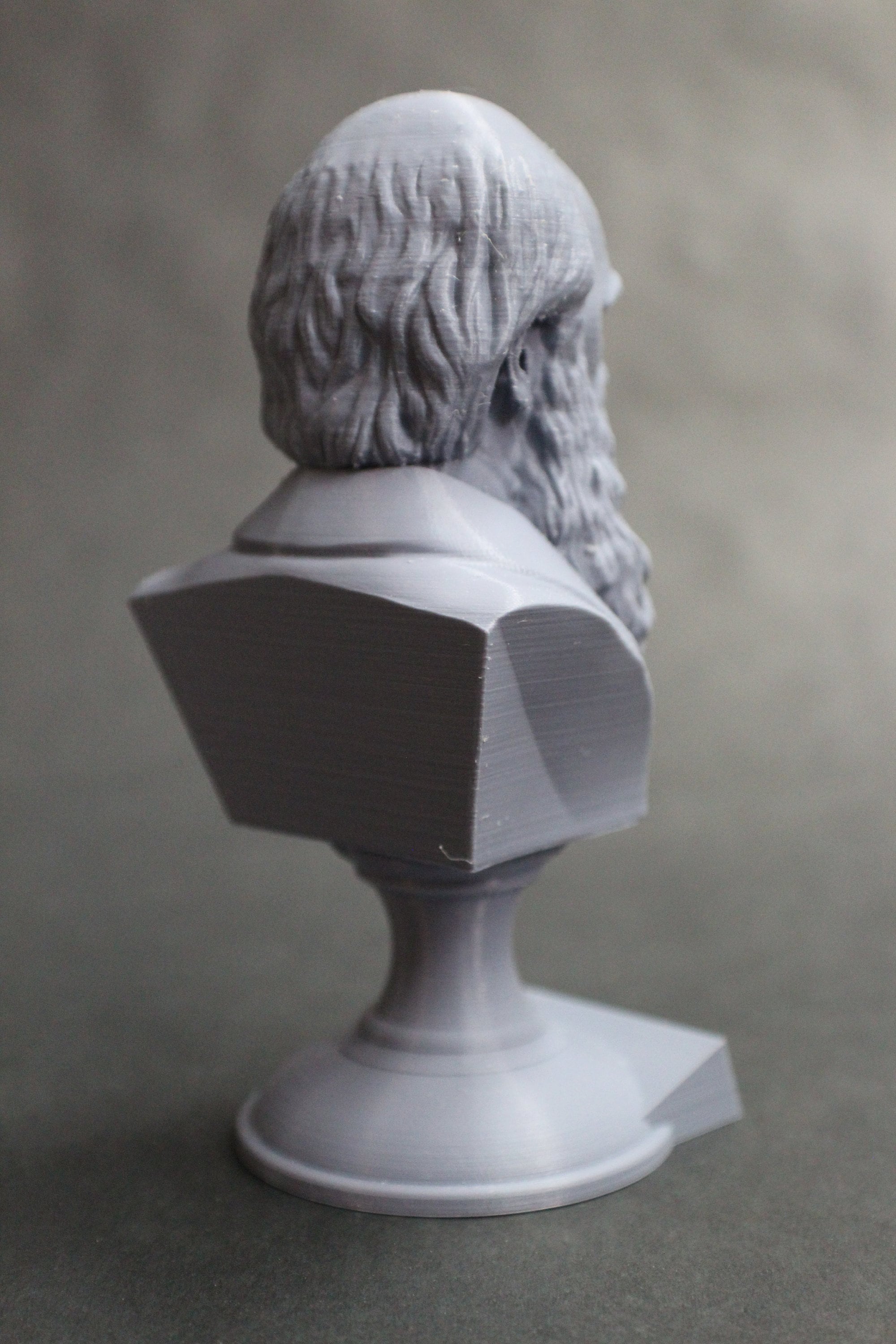 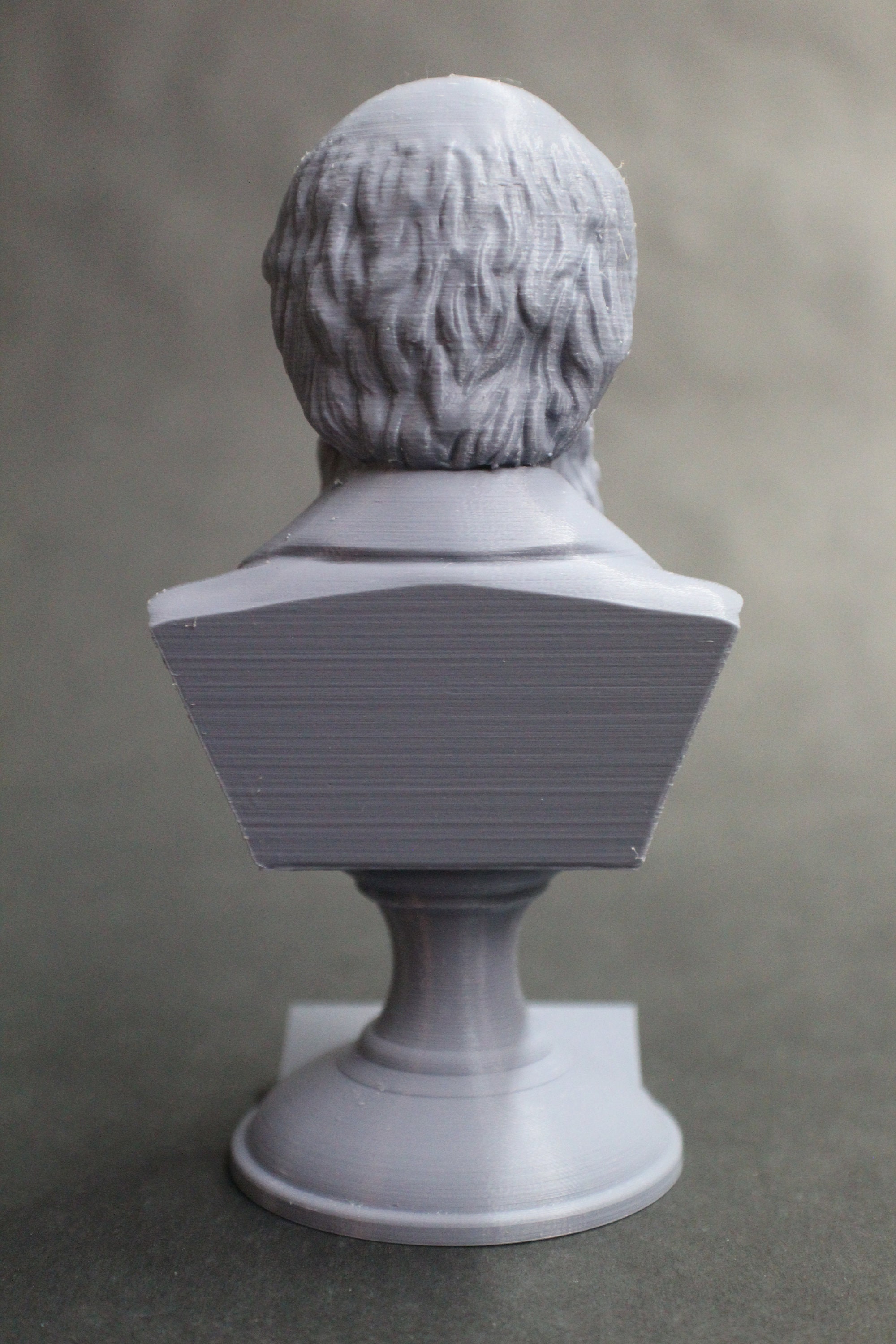 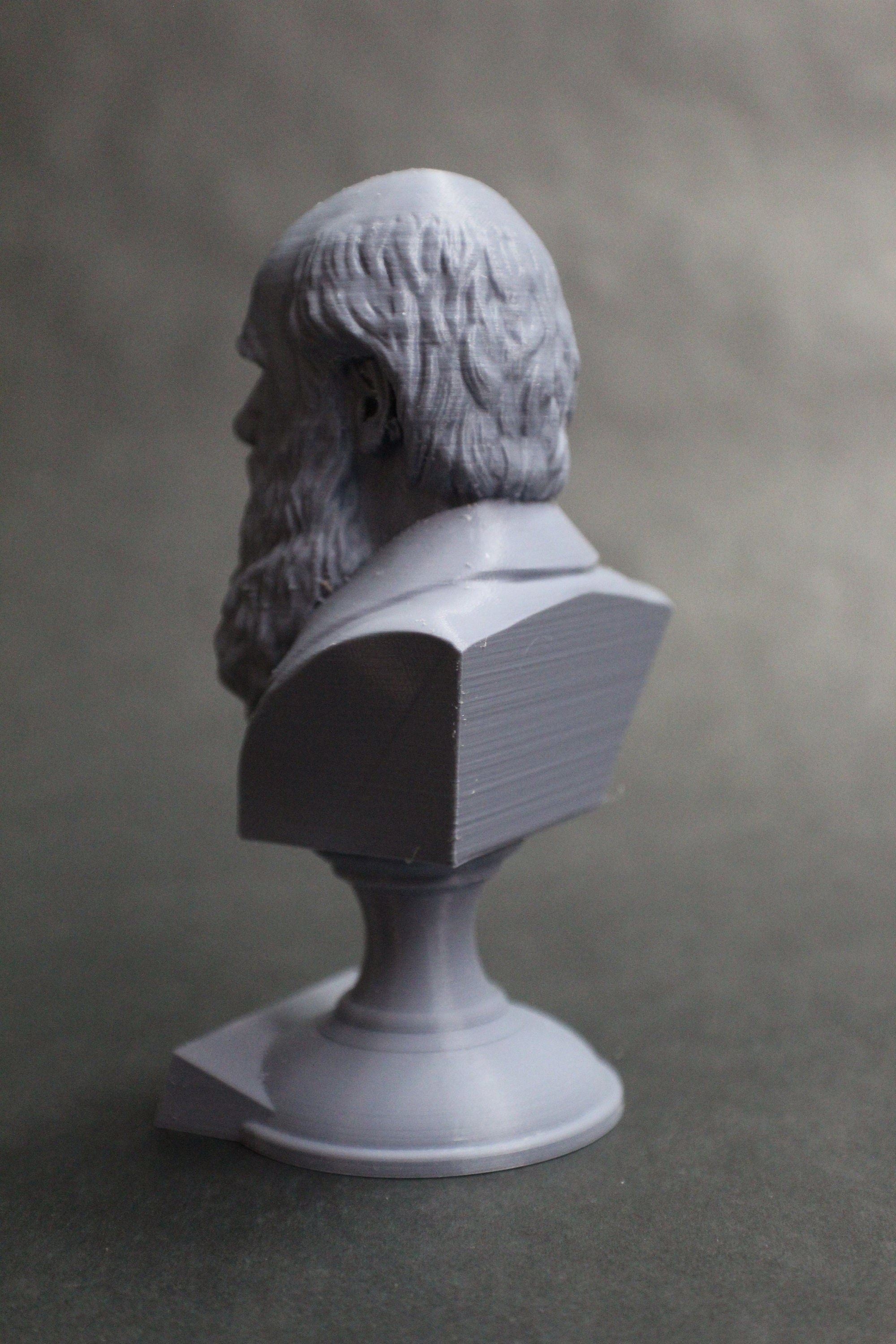 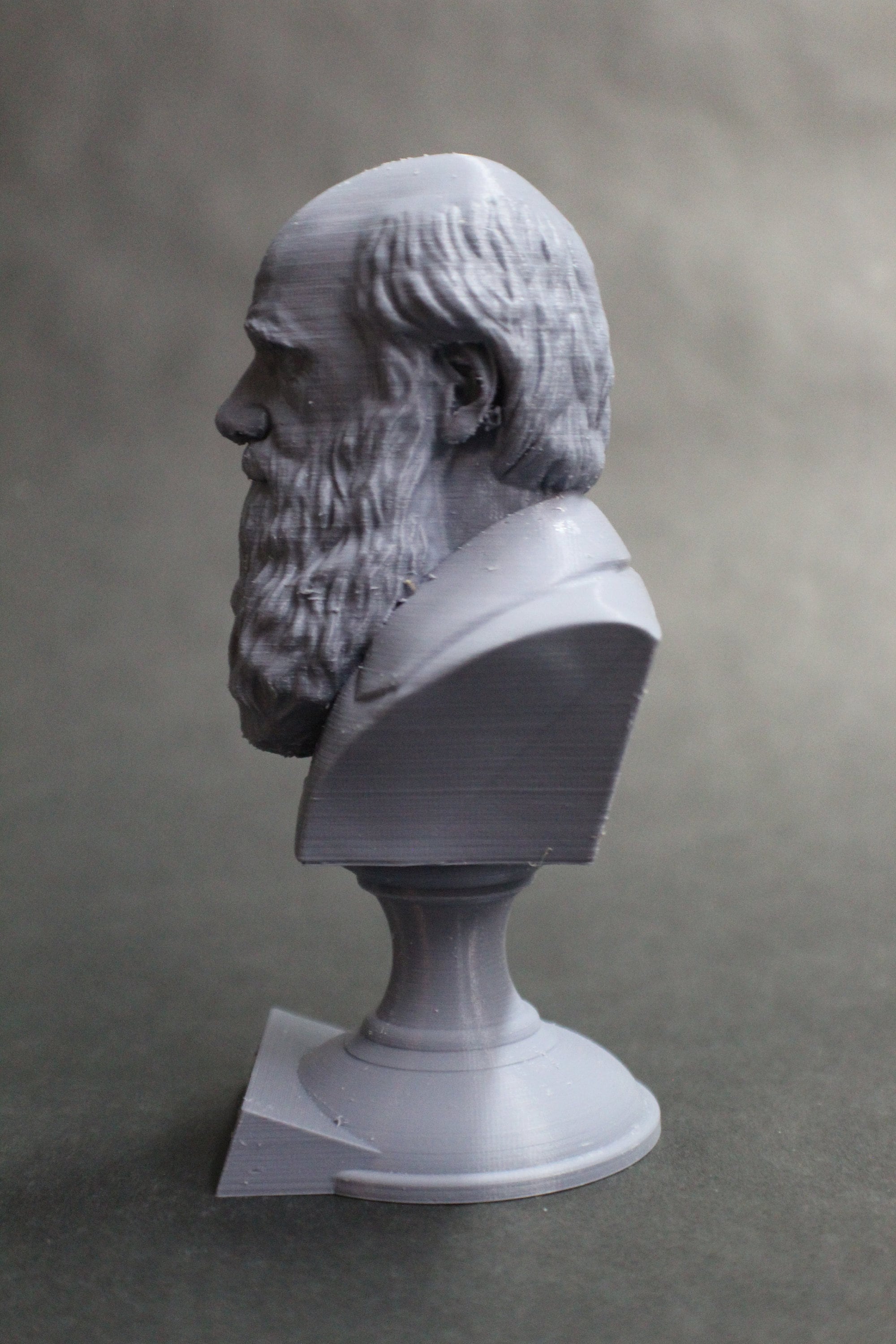 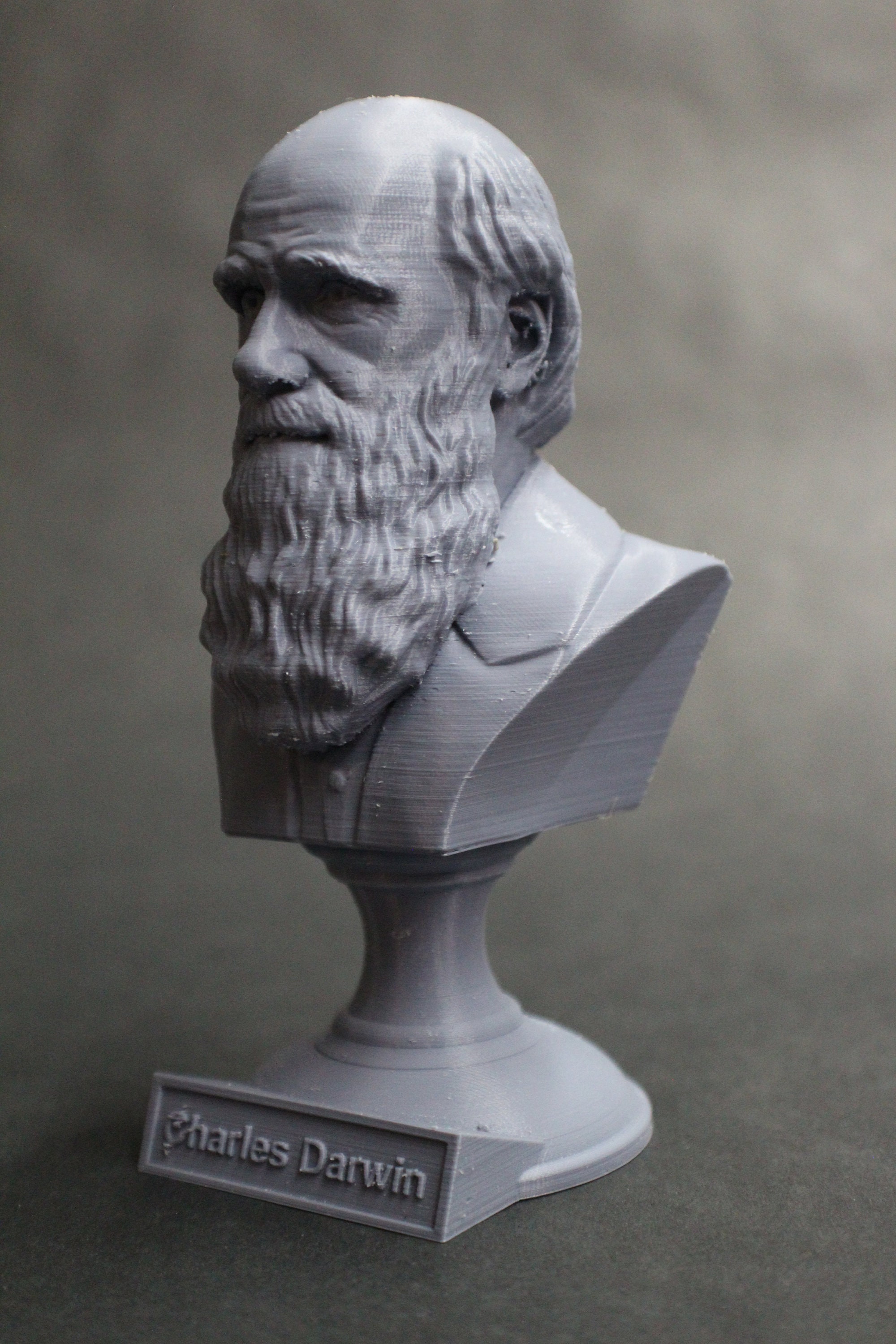 This 3D printed bust of Charles Darwin Famous English Naturalist, Geologist, and Biologist. It is more durable than alabaster or plaster, and is washable with lukewarm soapy water for easy spring cleaning. It comes on a custom plinth that has his name on the front.

Charles Robert Darwin, was an English naturalist, geologist and biologist, best known for his contributions to the science of evolution. He established that all species of life have descended over time from common ancestors and, in a joint publication with Alfred Russel Wallace, introduced his scientific theory that this branching pattern of evolution resulted from a process that he called natural selection, in which the struggle for existence has a similar effect to the artificial selection involved in selective breeding.

Darwin published his theory of evolution with compelling evidence in his 1859 book On the Origin of Species, overcoming scientific rejection of earlier concepts of transmutation of species. By the 1870s, the scientific community and a majority of the educated public had accepted evolution as a fact. However, many favored competing explanations and it was not until the emergence of the modern evolutionary synthesis from the 1930s to the 1950s that a broad consensus developed in which natural selection was the basic mechanism of evolution. Darwin's scientific discovery is the unifying theory of the life sciences, explaining the diversity of life.

Darwin's early interest in nature led him to neglect his medical education at the University of Edinburgh; instead, he helped to investigate marine invertebrates. Studies at the University of Cambridge (Christ's College) encouraged his passion for natural science. His five-year voyage on HMS Beagle established him as an eminent geologist whose observations and theories supported Charles Lyell's uniformitarian ideas, and publication of his journal of the voyage made him famous as a popular author.

Fantastic 3D printed piece at a reasonable price. Appreciate the modification to remove the text and plaque. Thanks for the excellent product and service! Highly recommended!