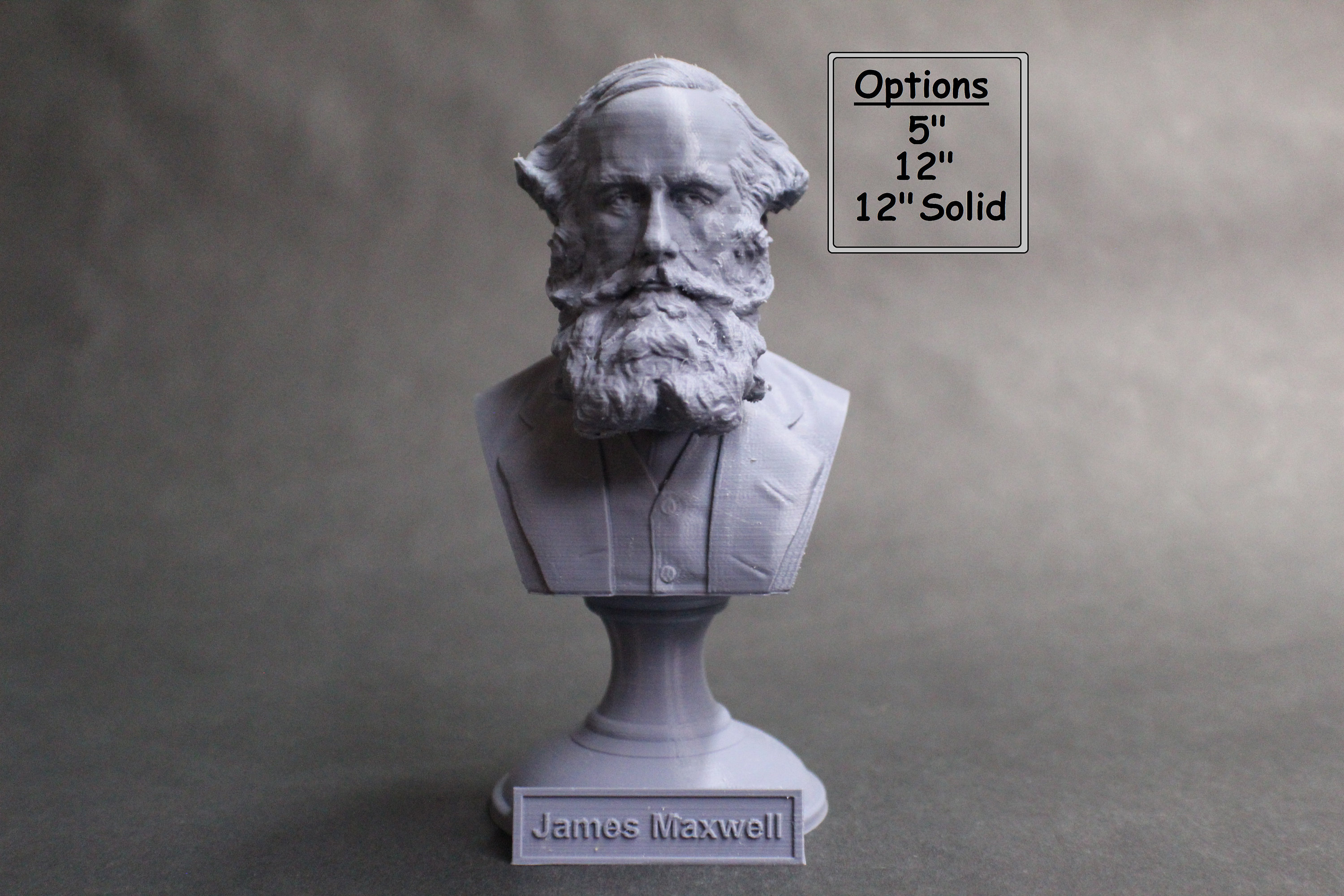 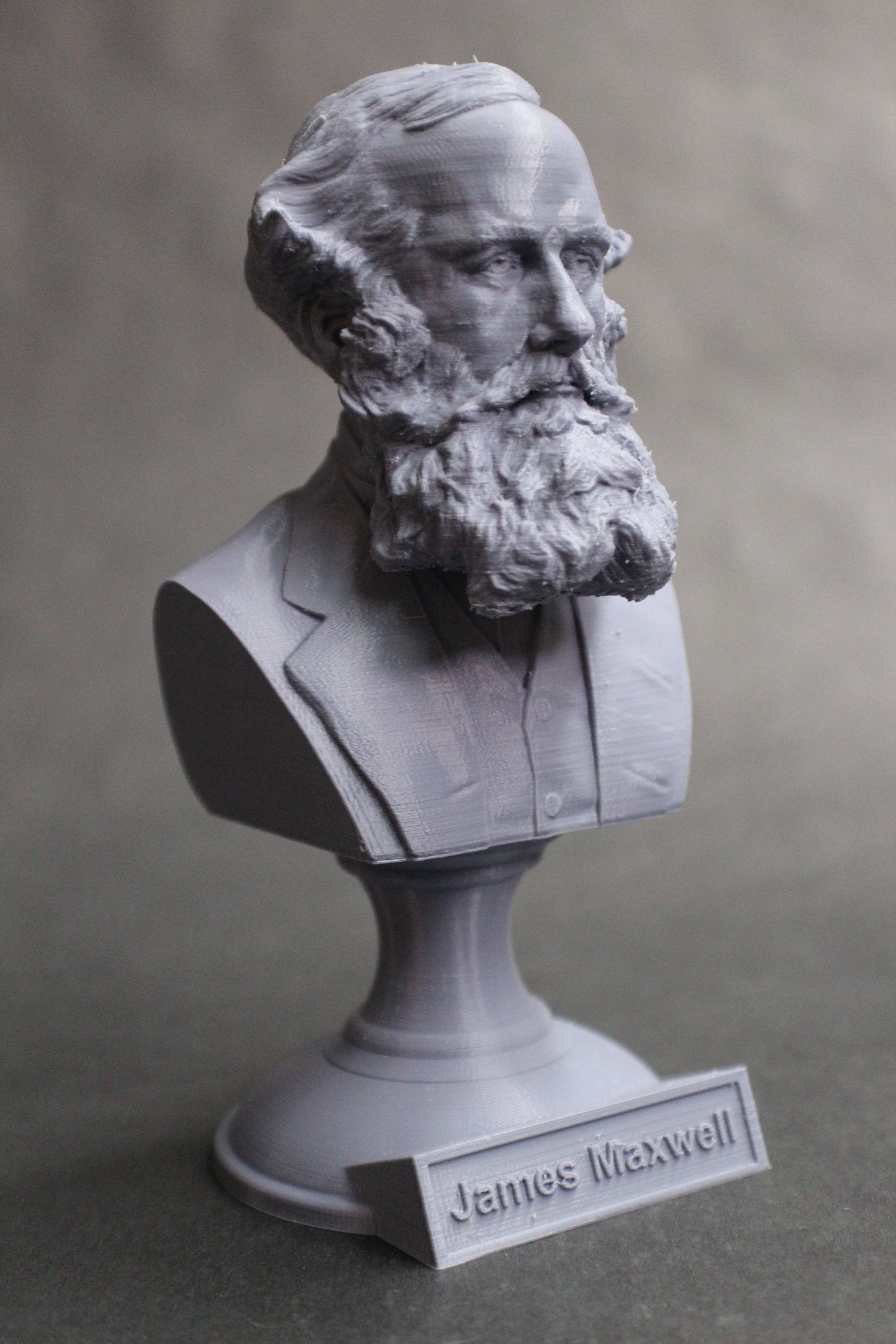 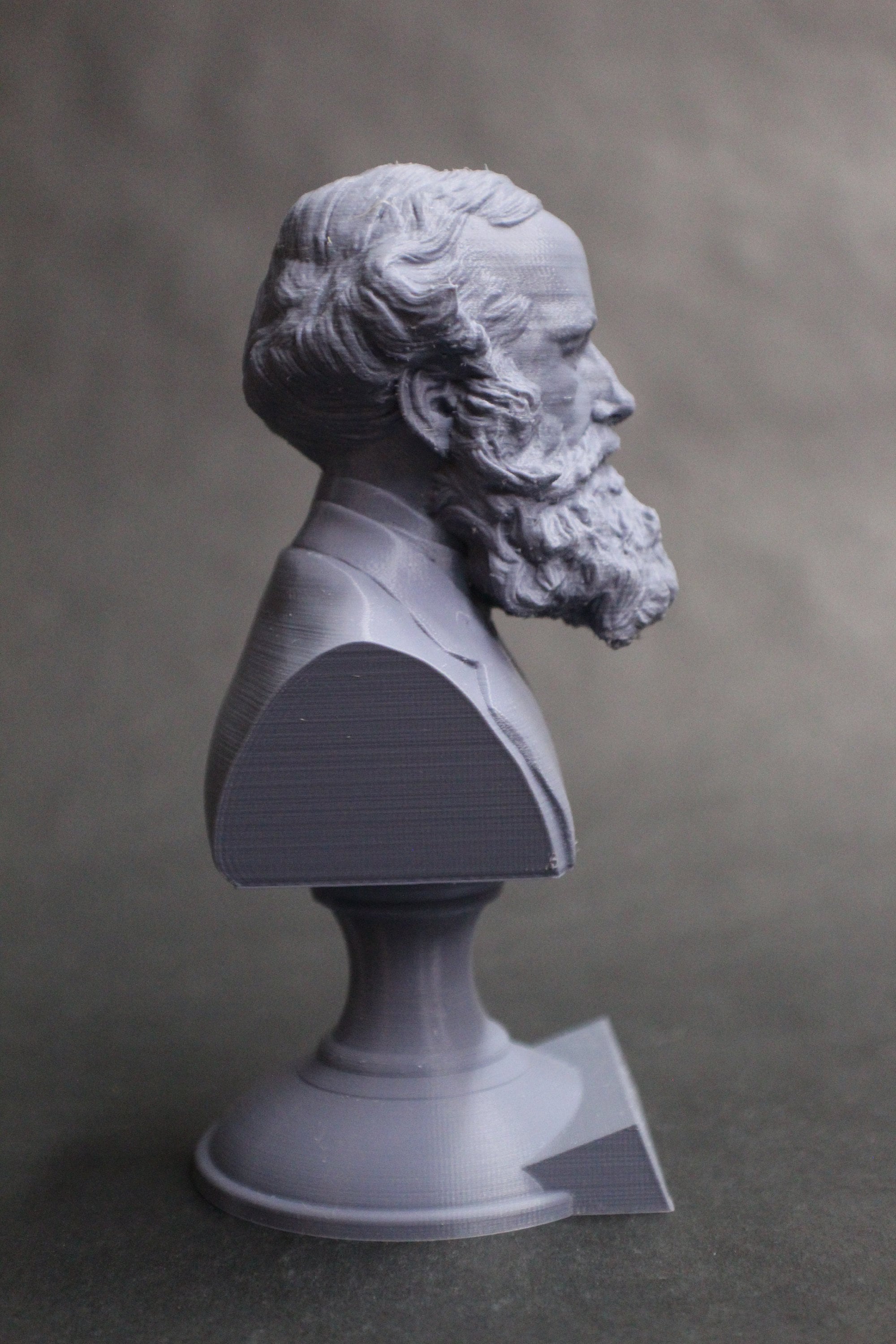 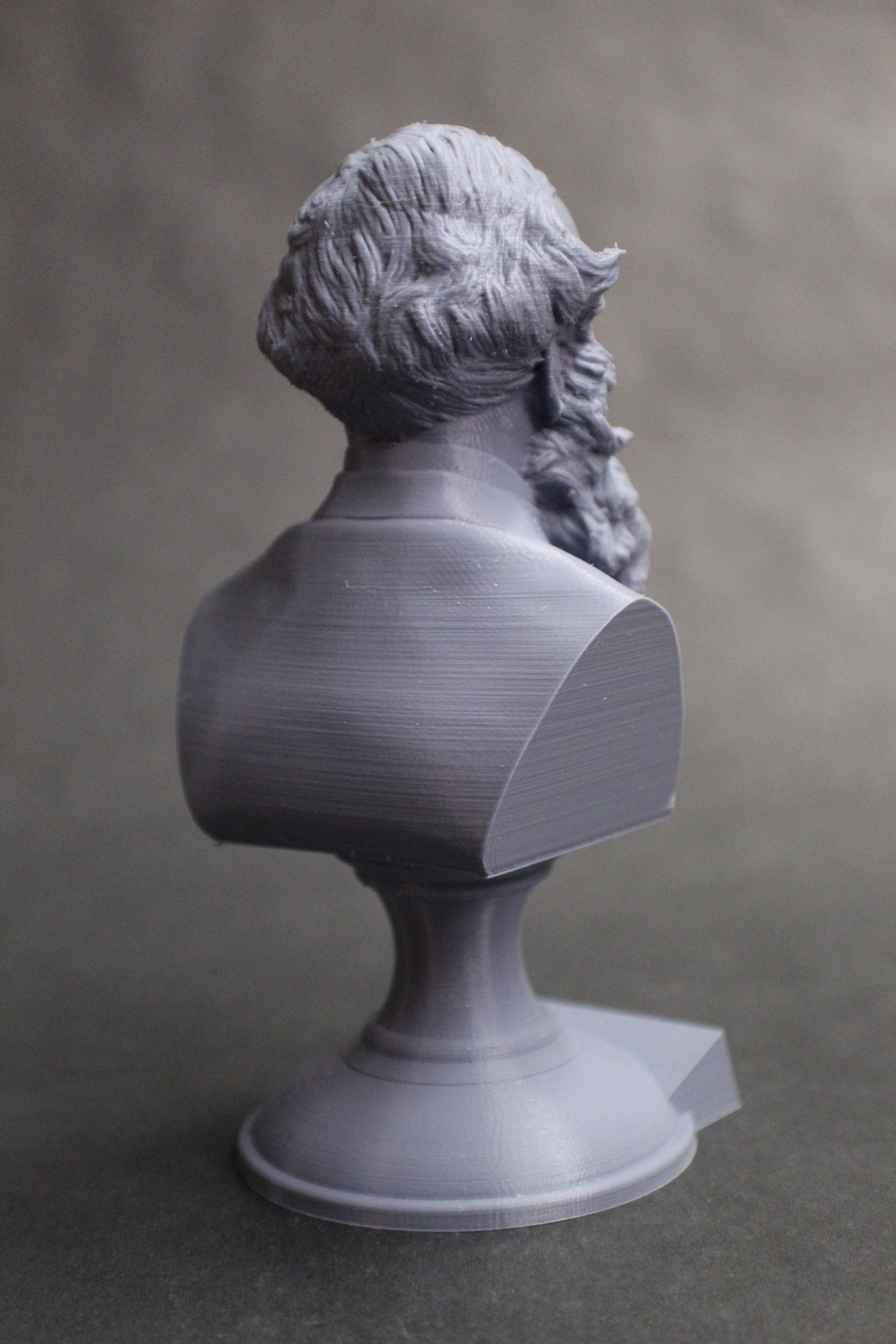 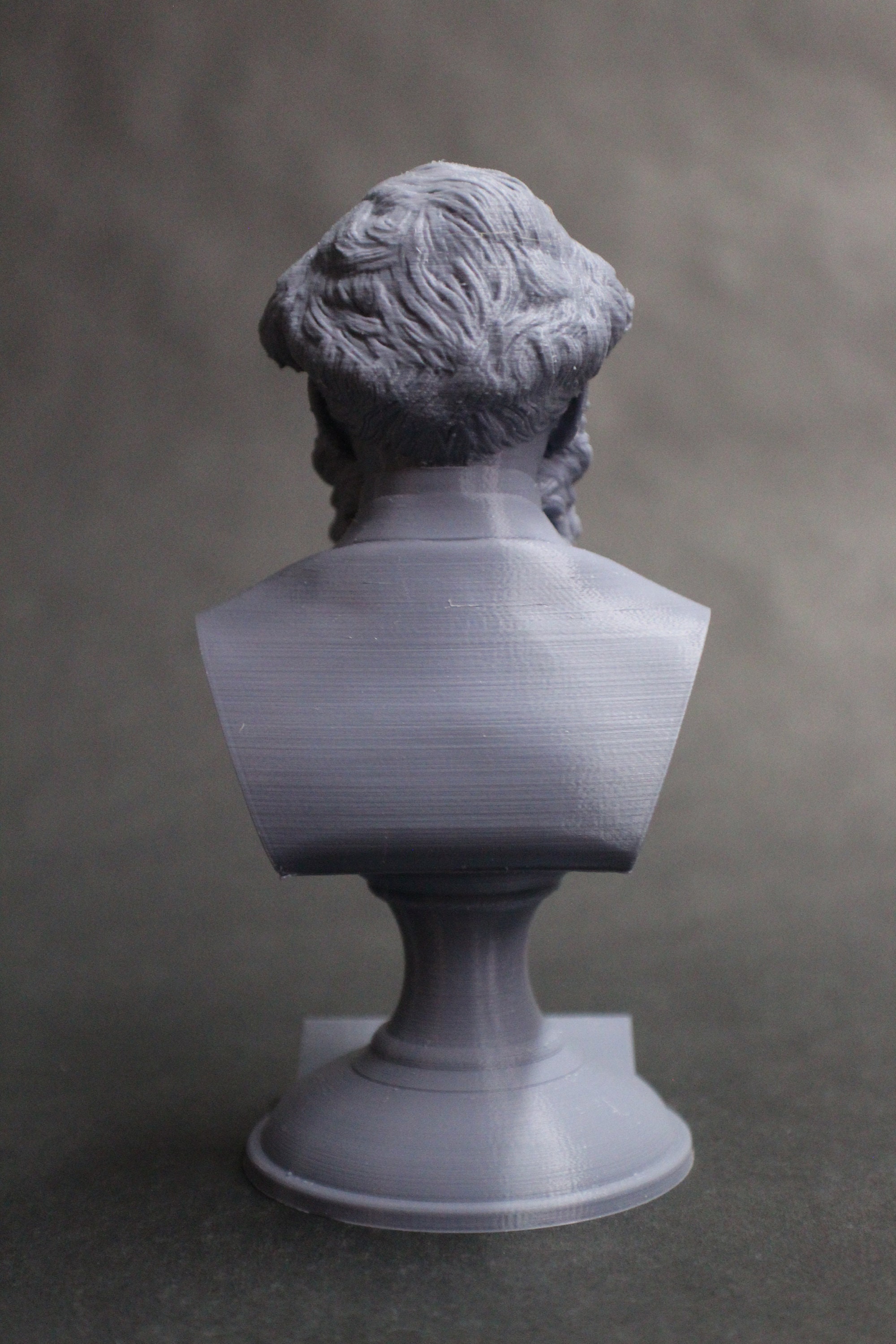 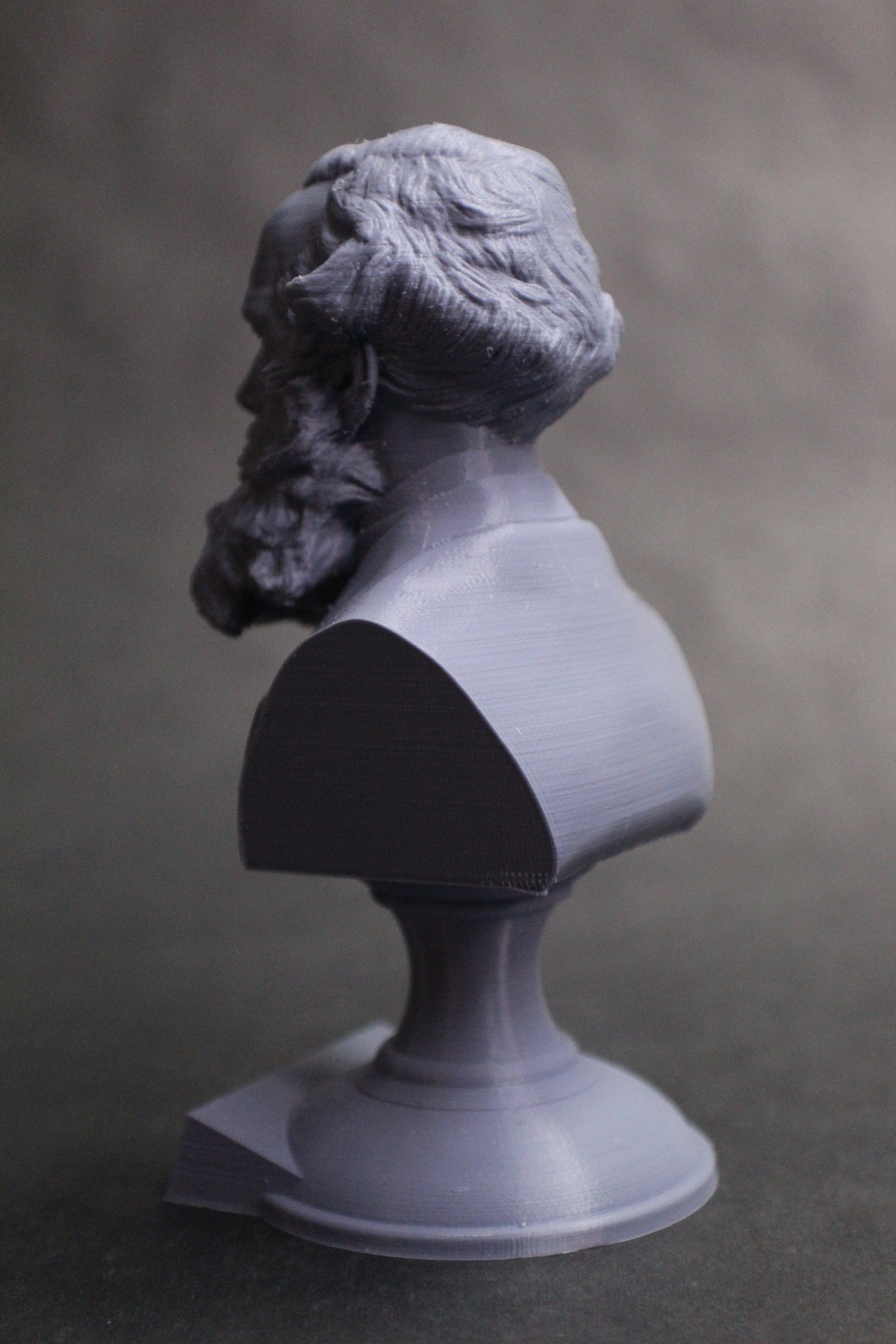 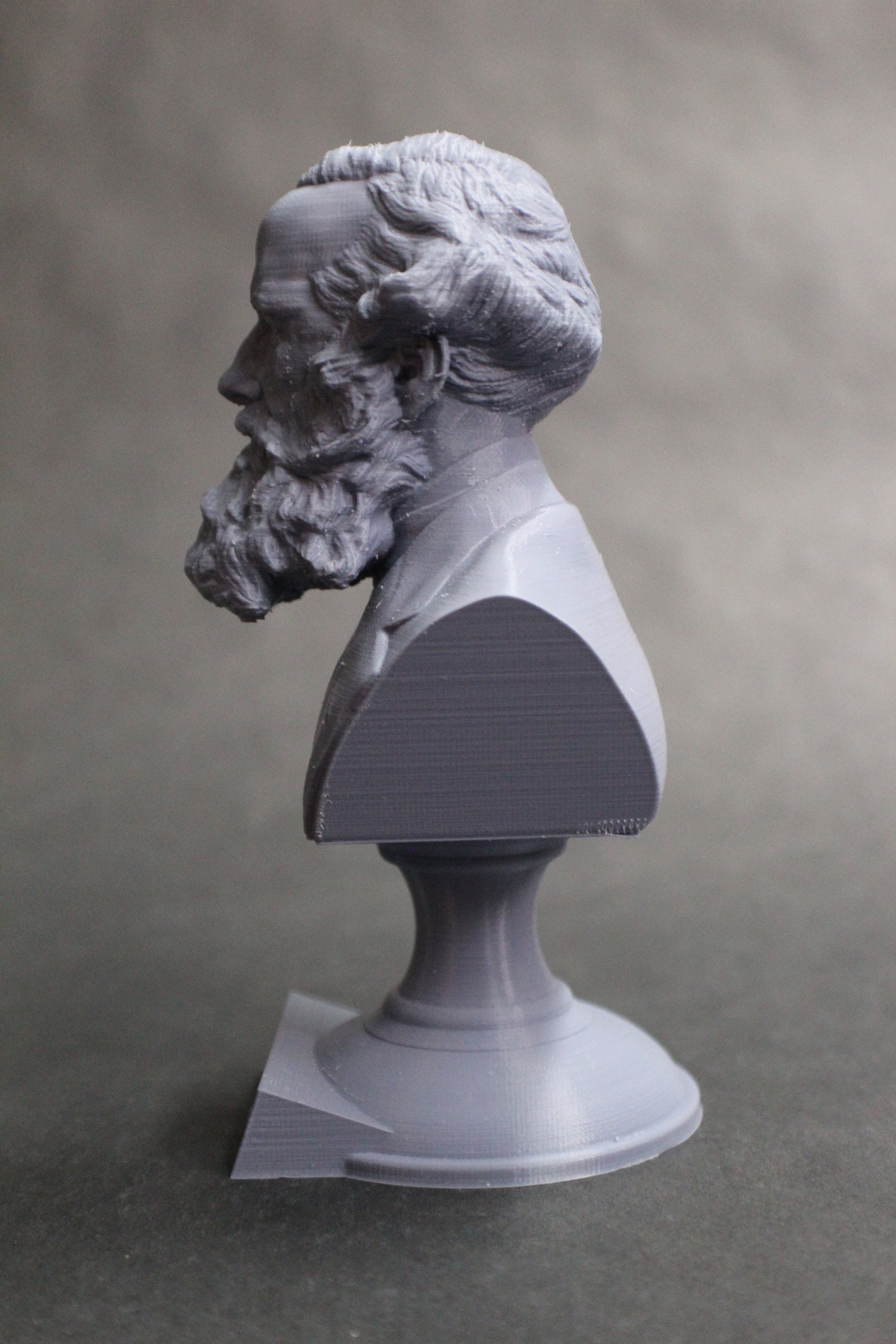 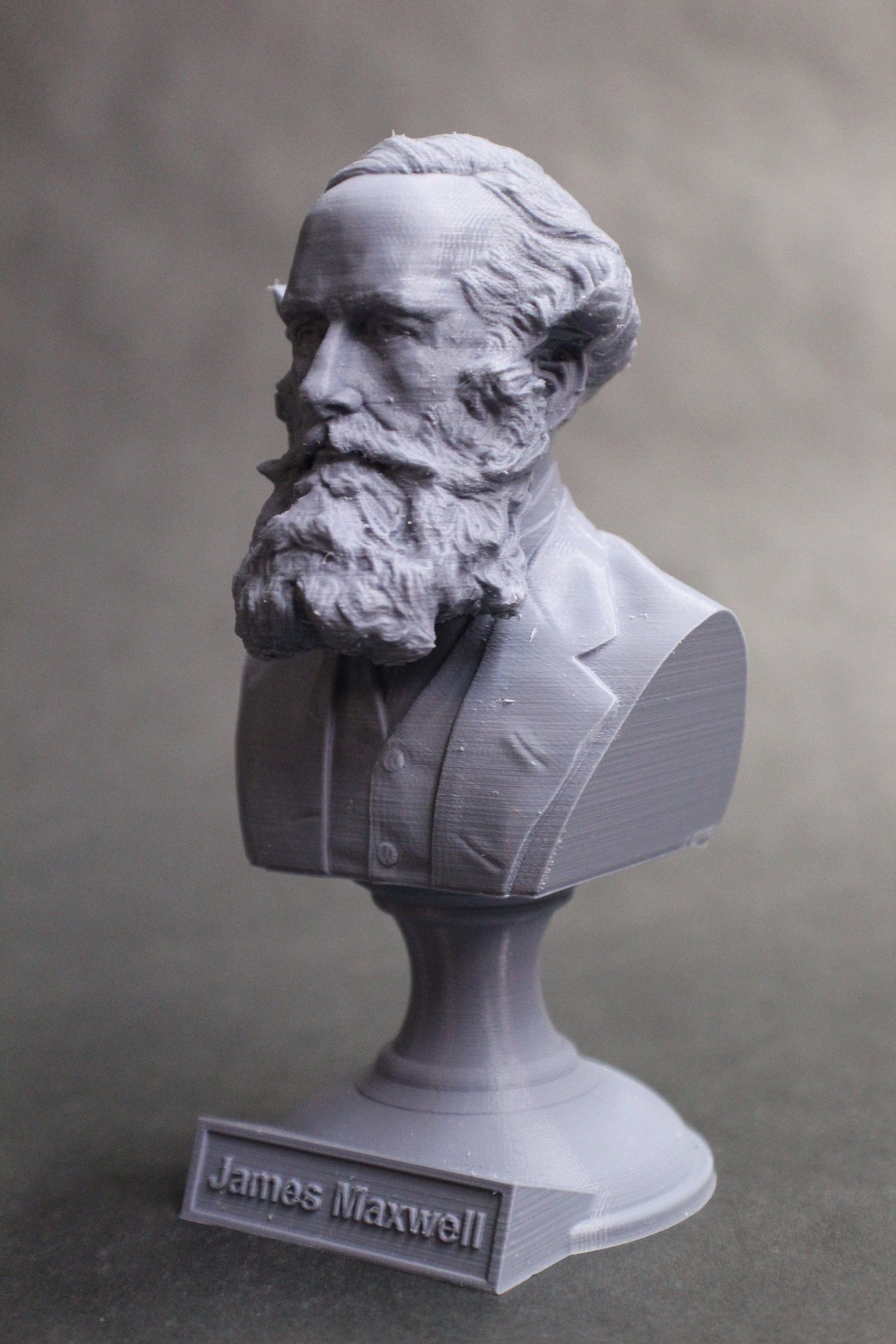 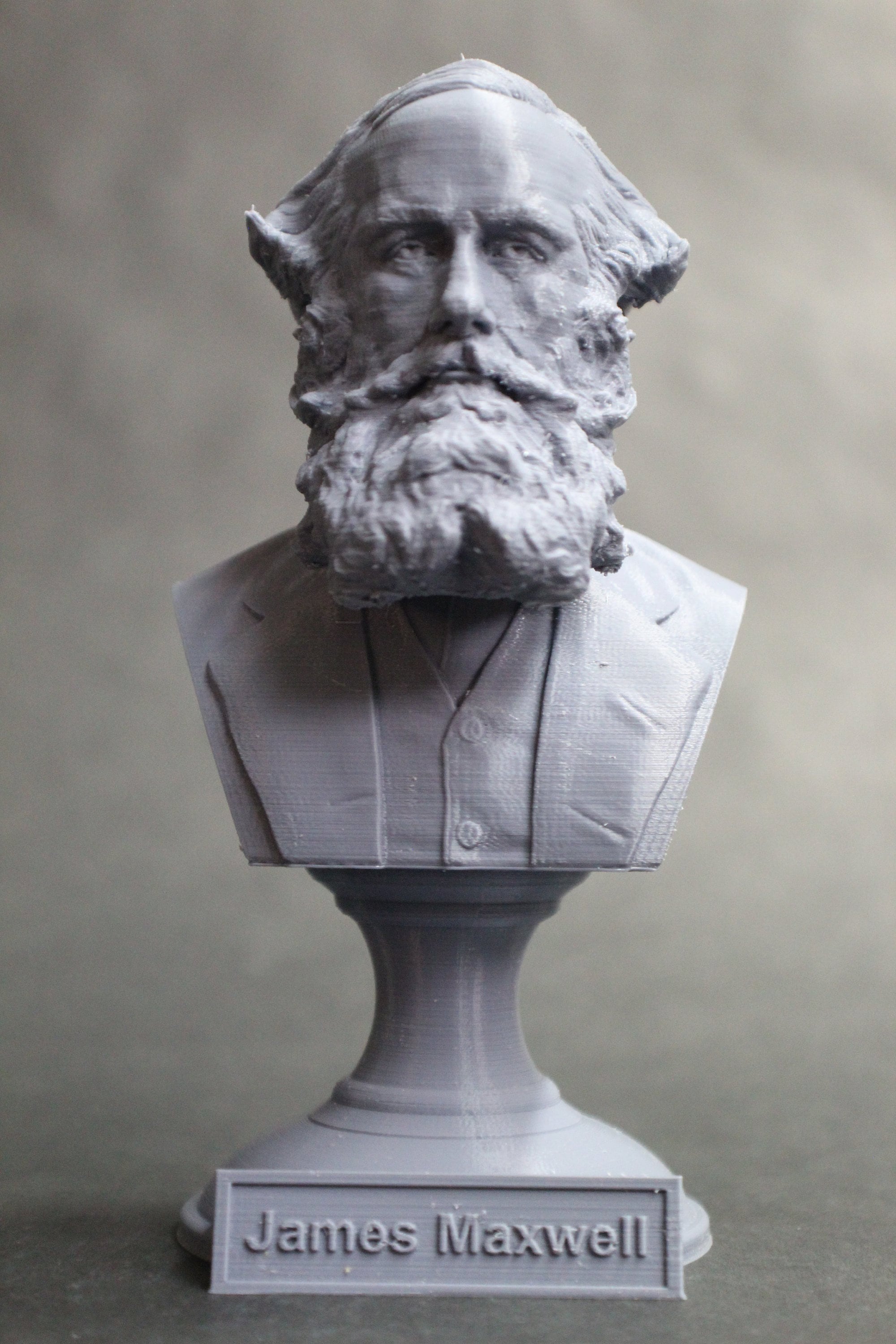 This 3D printed bust of James Clerk Maxwell, Scottish Scientist in the field of mathematical physics. Anyone who has studied Electrical Engineering or worked as an Electronics Technician is familiar with his work in Electromagnetics in that they have applied his theorems wave propagation; from satellite communications to RADAR, it's all thanks to Maxwell. This is perfect for any EE, or ET student or professional out there, and would look great on a desk, shelf, or nook. Maxwell is one of my personal heroes, and I felt a worthy tribute needed to be made to be displayed in my own office. It is more durable than alabaster or plaster, and is washable with lukewarm soapy water for easy spring cleaning. It comes on a custom plinth that has his name on the front.

James Clerk Maxwell (13 June 1831 – 5 November 1879) was a Scottish scientist in the field of mathematical physics. His most notable achievement was to formulate the classical theory of electromagnetic radiation, bringing together for the first time electricity, magnetism, and light as different manifestations of the same phenomenon. Maxwell's equations for electromagnetism have been called the "second great unification in physics" after the first one realised by Isaac Newton.

With the publication of "A Dynamical Theory of the Electromagnetic Field" in 1865, Maxwell demonstrated that electric and magnetic fields travel through space as waves moving at the speed of light. Maxwell proposed that light is an undulation in the same medium that is the cause of electric and magnetic phenomena. The unification of light and electrical phenomena led to the prediction of the existence of radio waves.

Maxwell helped develop the Maxwell–Boltzmann distribution, a statistical means of describing aspects of the kinetic theory of gases. He is also known for presenting the first durable colour photograph in 1861 and for his foundational work on analysing the rigidity of rod-and-joint frameworks (trusses) like those in many bridges.

His discoveries helped usher in the era of modern physics, laying the foundation for such fields as special relativity and quantum mechanics. Many physicists regard Maxwell as the 19th-century scientist having the greatest influence on 20th-century physics. His contributions to the science are considered by many to be of the same magnitude as those of Isaac Newton and Albert Einstein. In the millennium poll—a survey of the 100 most prominent physicists—Maxwell was voted the third greatest physicist of all time, behind only Newton and Einstein. On the centenary of Maxwell's birthday, Einstein described Maxwell's work as the "most profound and the most fruitful that physics has experienced since the time of Newton".