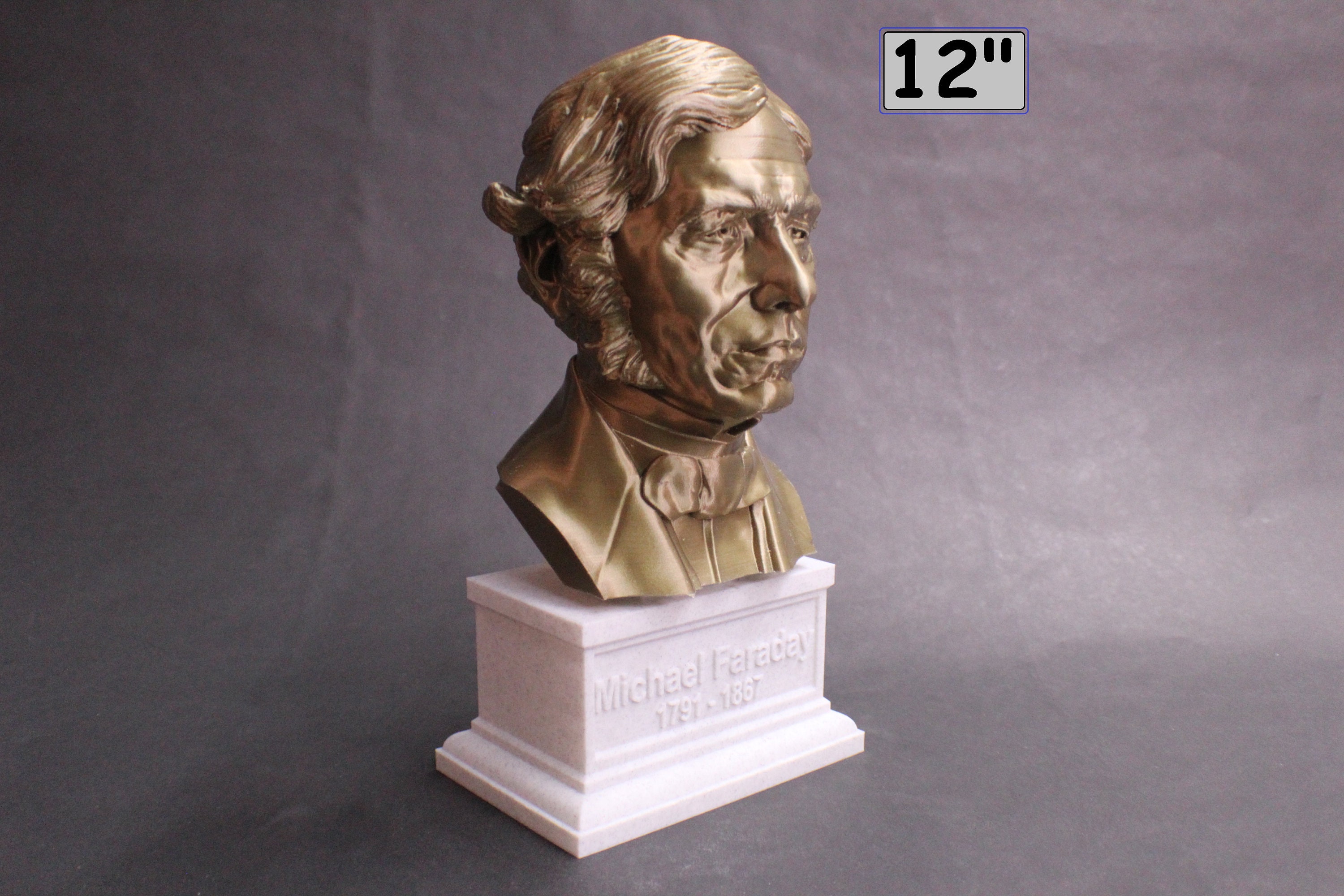 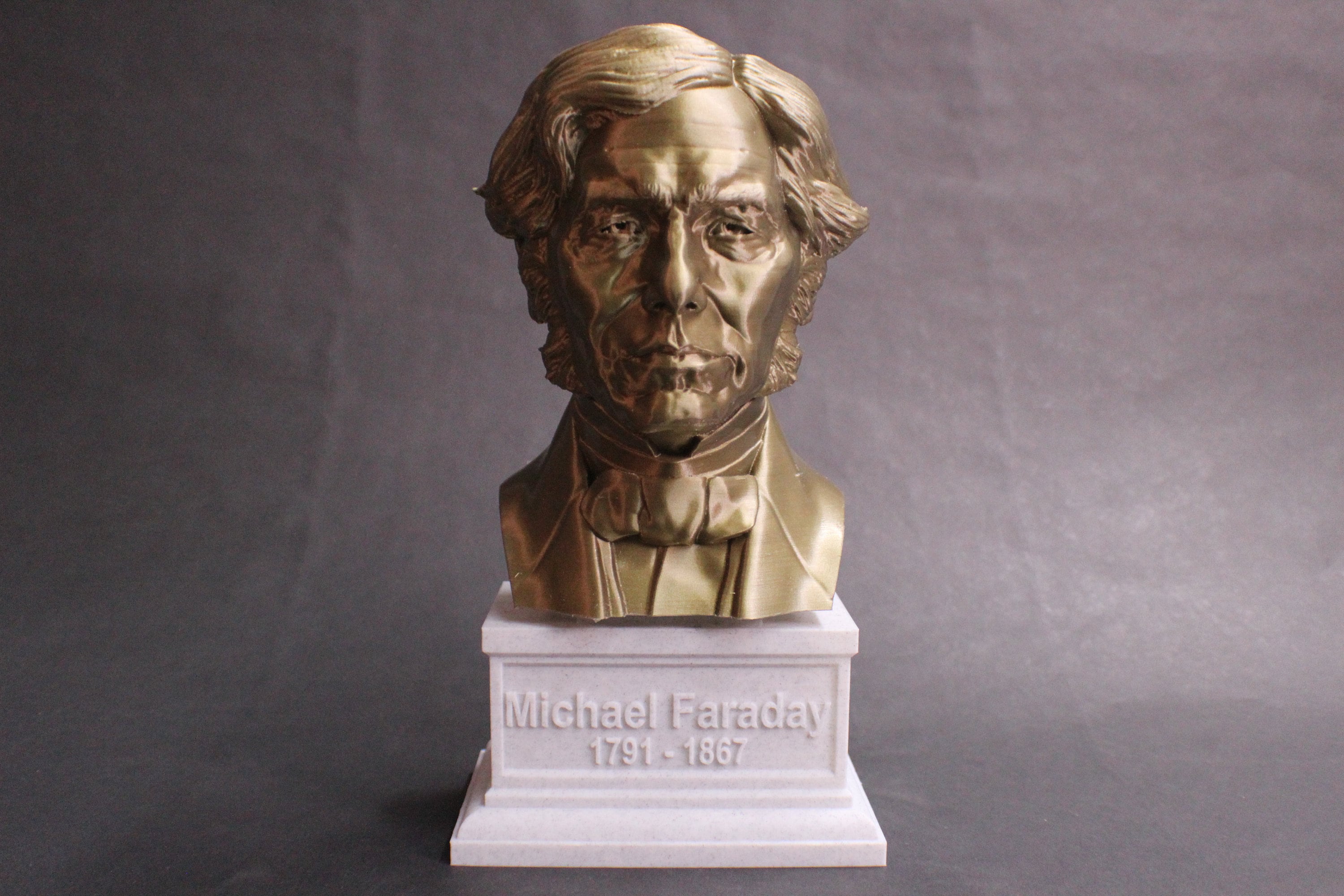 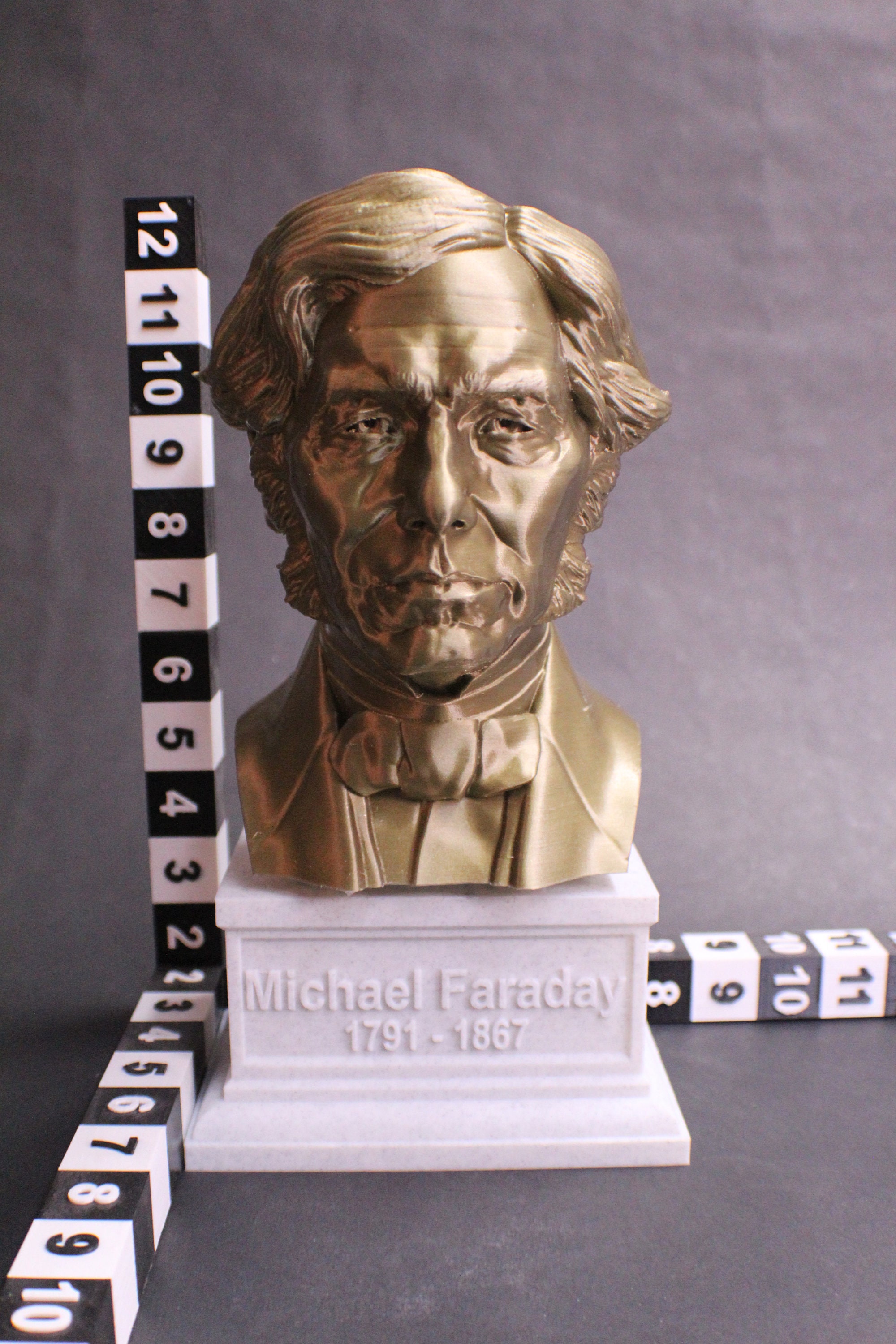 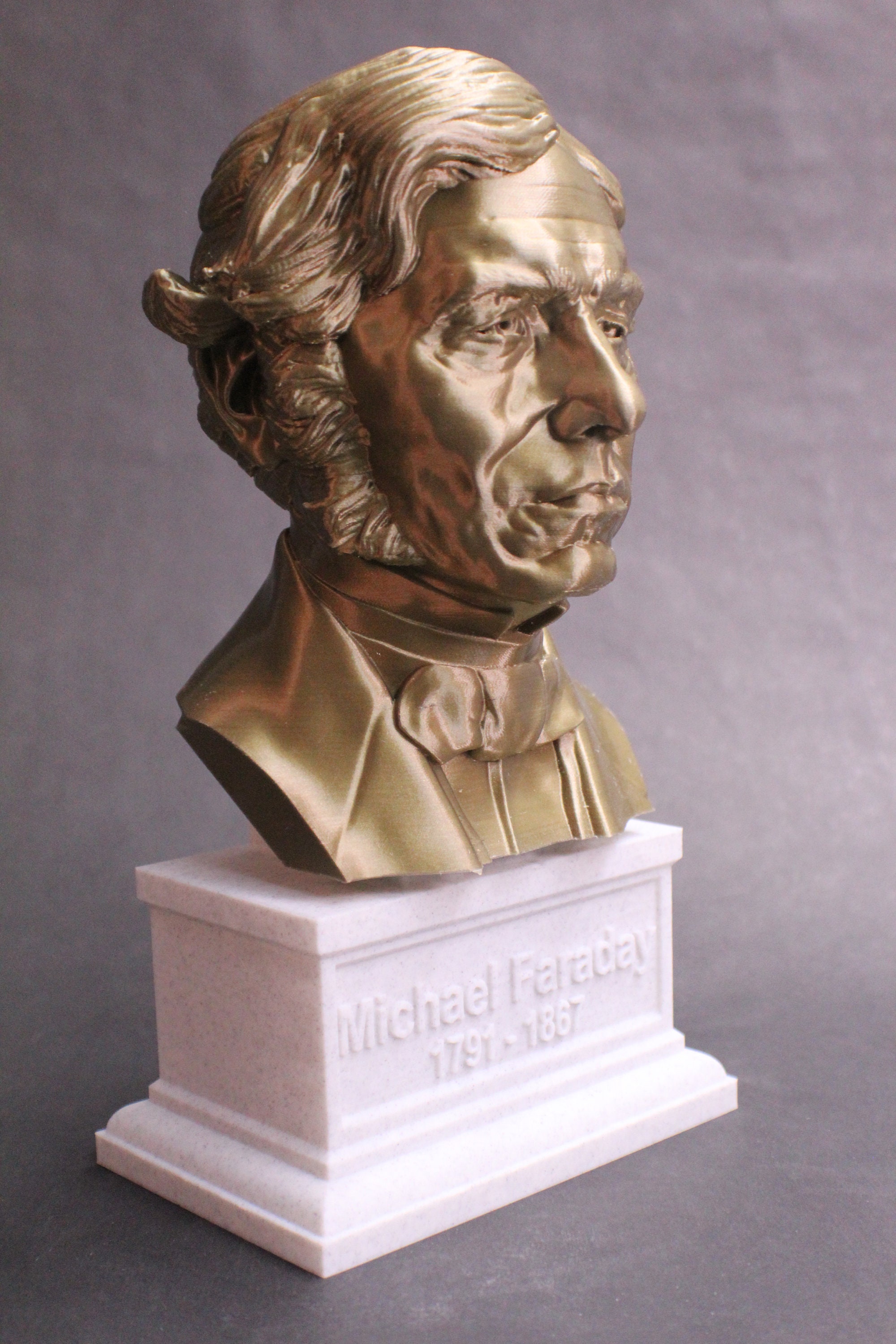 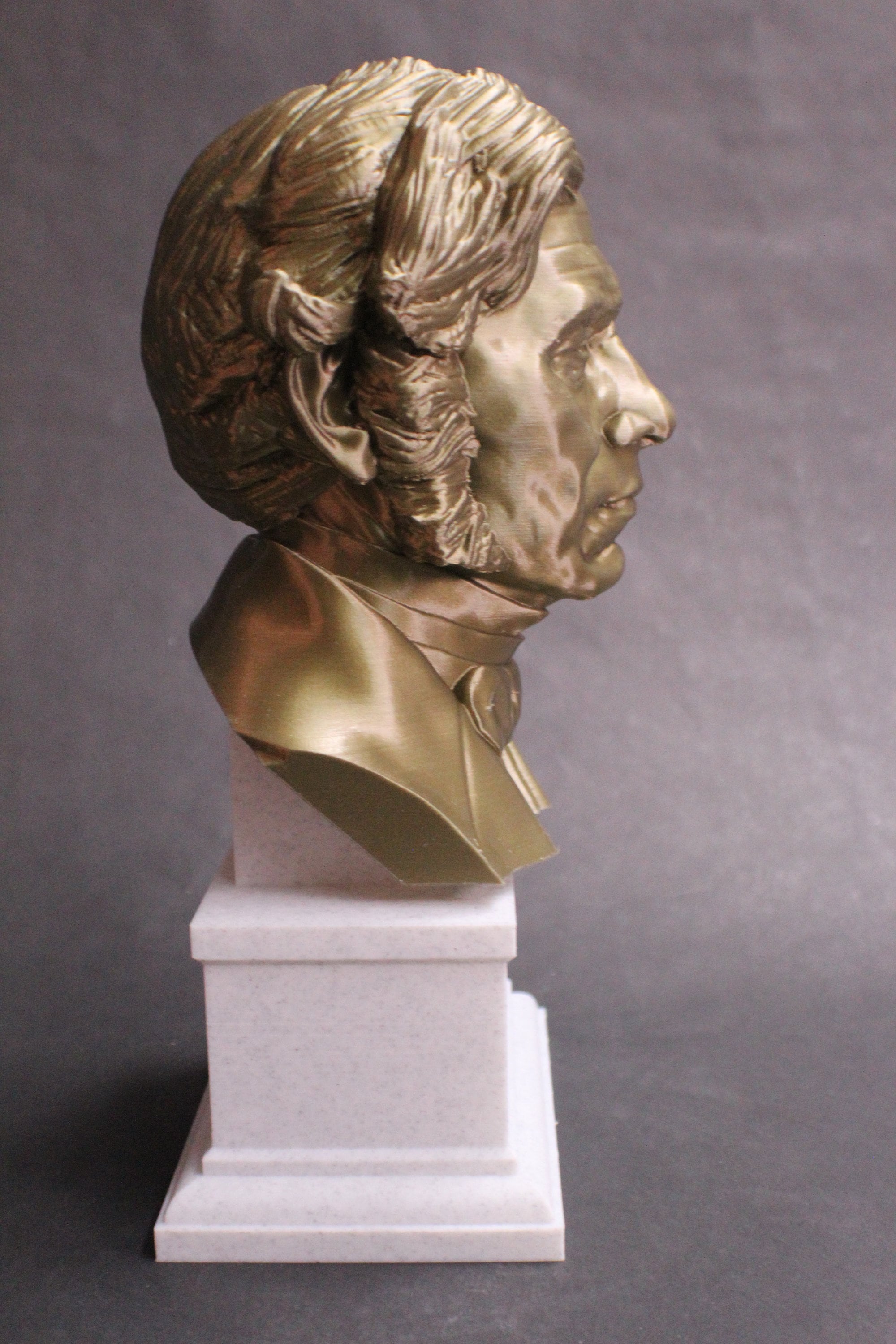 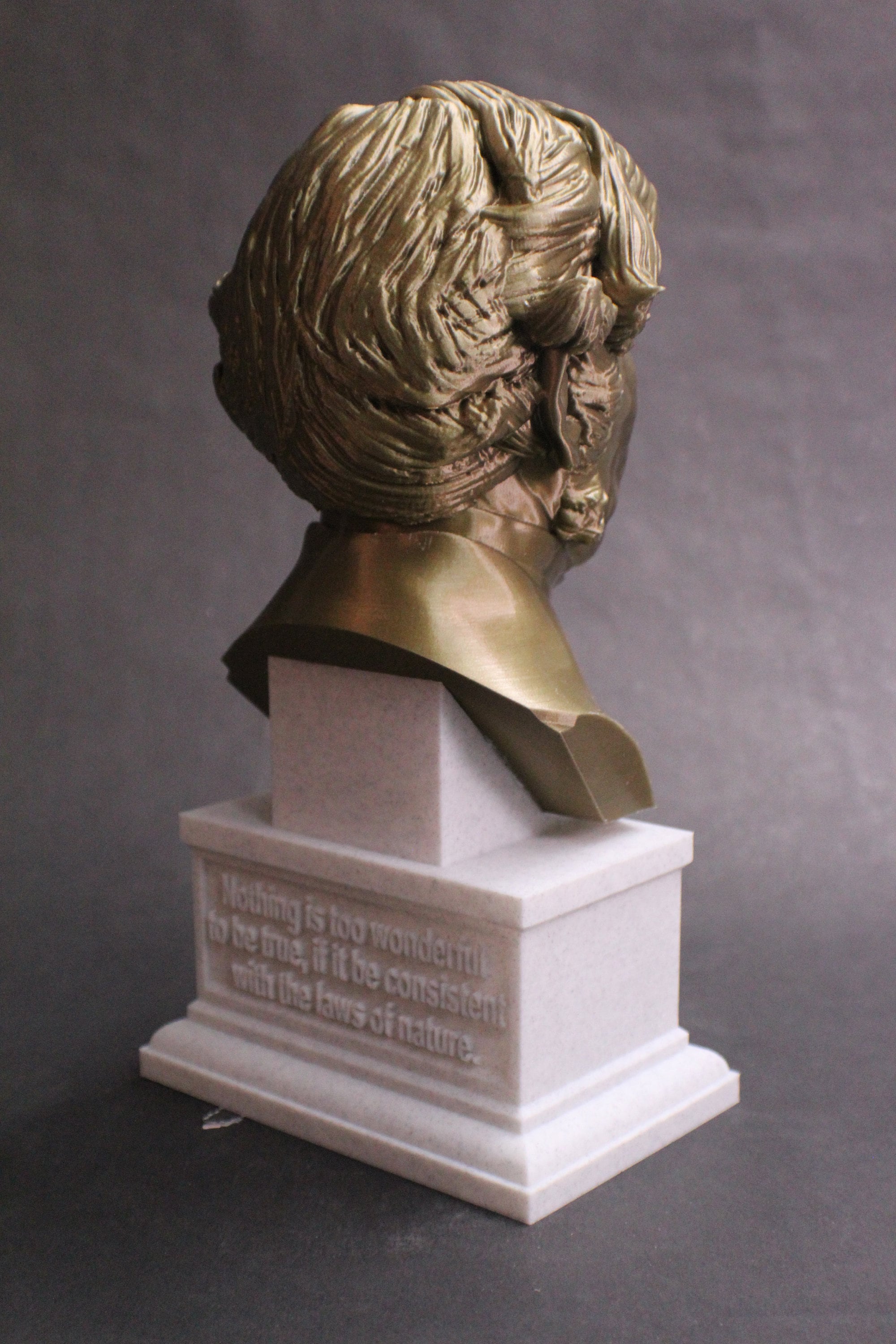 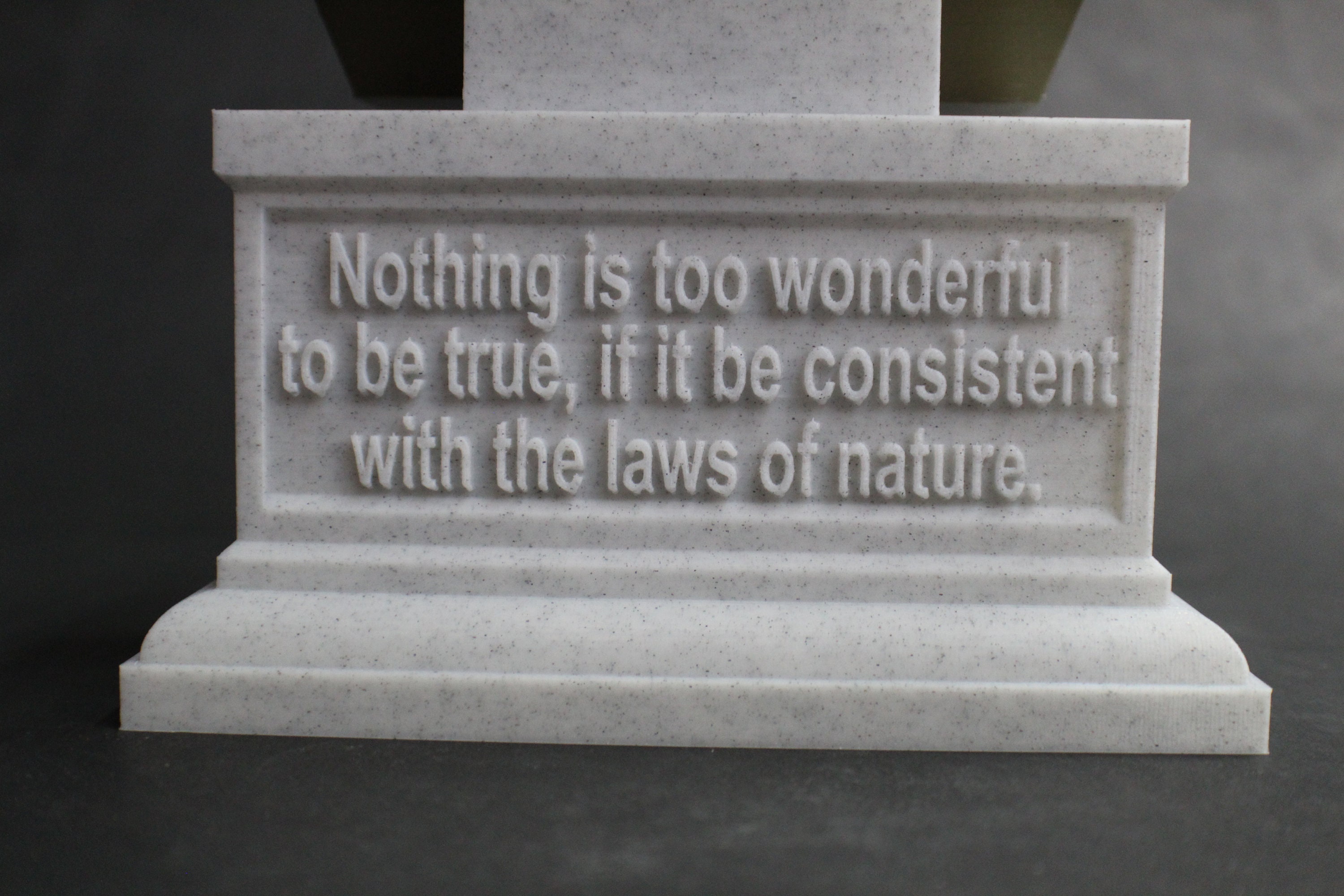 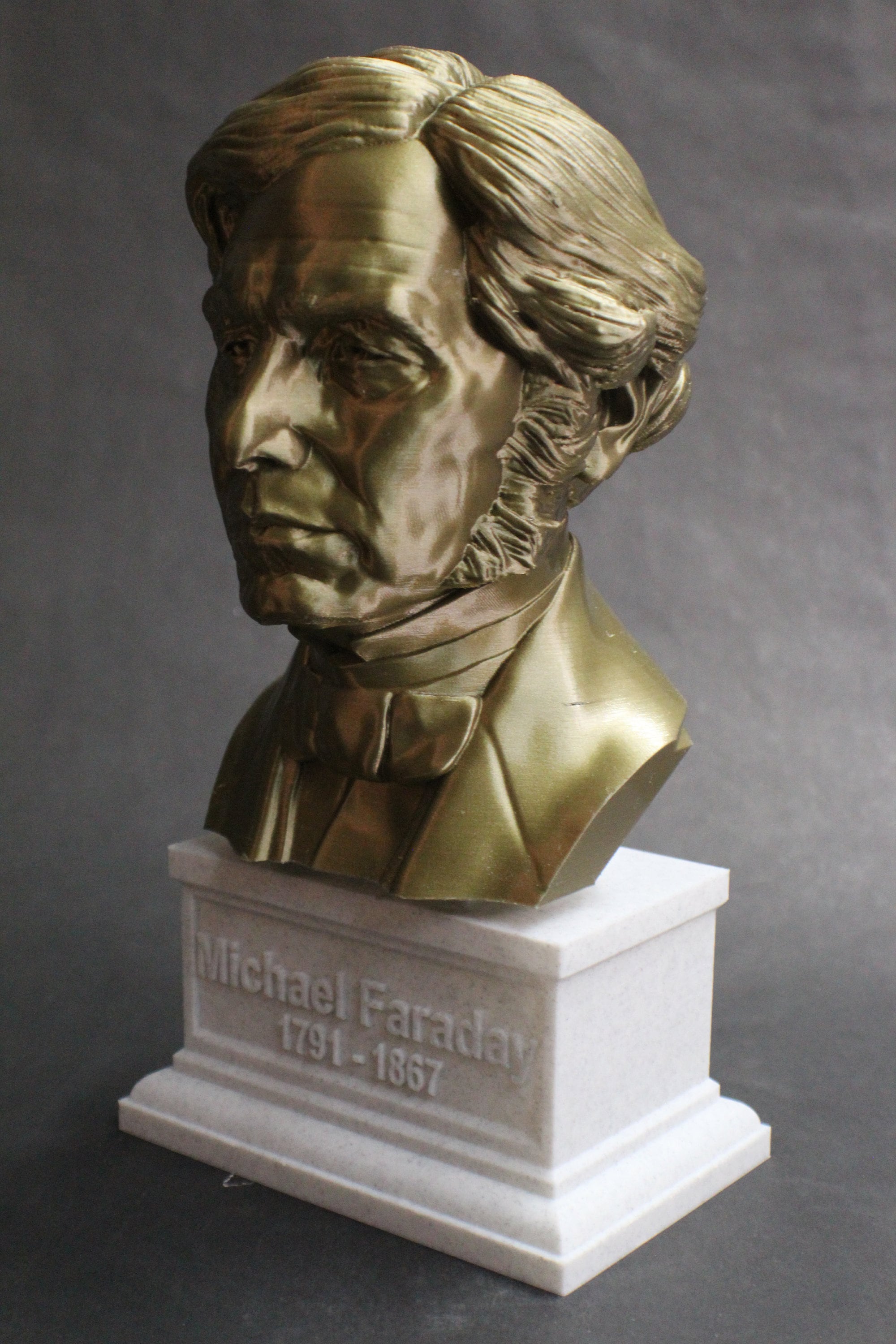 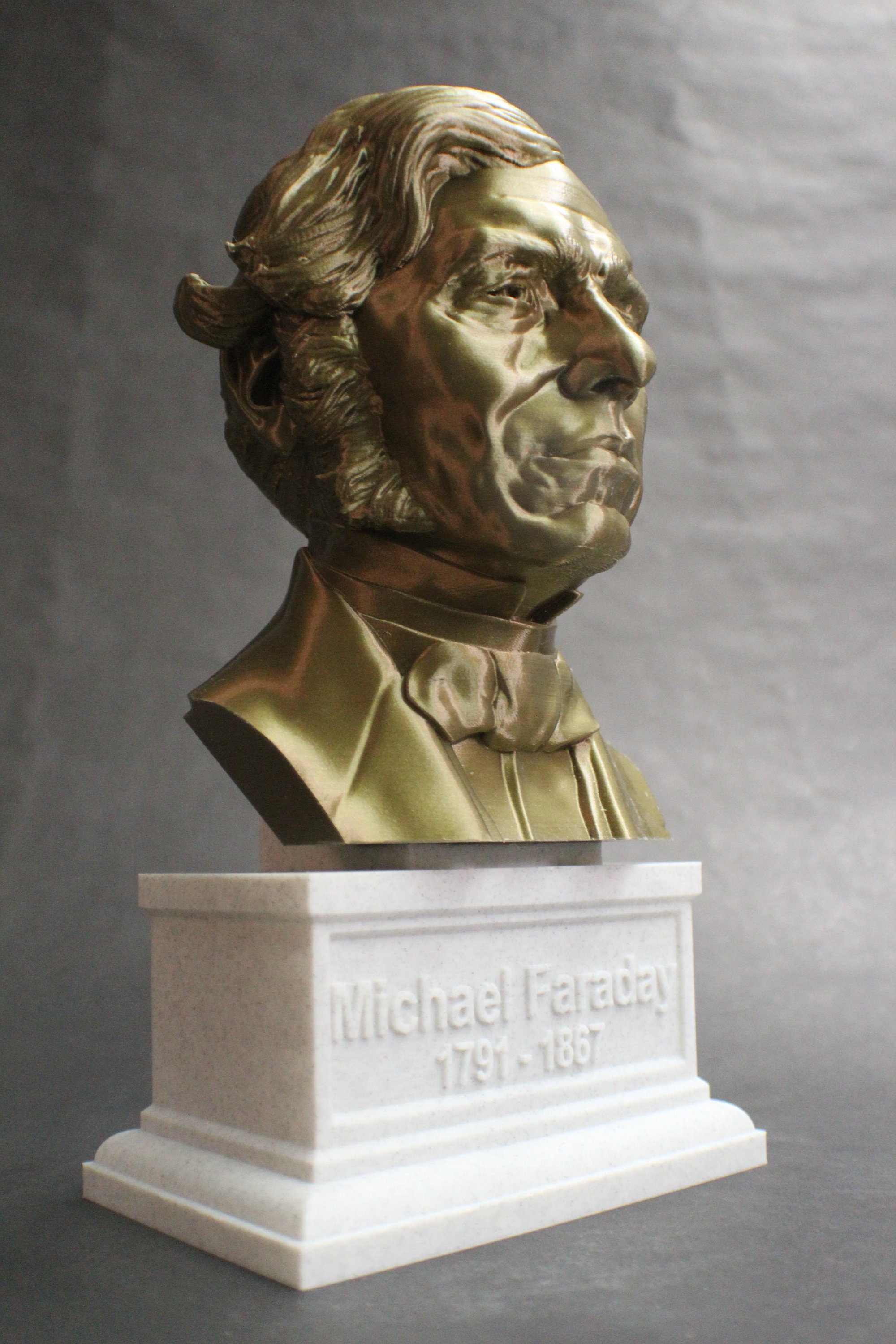 This 3D printed bust of Michael Faraday, British Electromagnetic scientist. Anyone who has studied Electrical Engineering or worked as an Electronics Technician is familiar with his work in Electromagnetics in that they have applied his theorems in EMI shielding, or even in those goofy flashlights you shake to operate as seen on TV. This is perfect for any EE, or ET student or professional out there, and would look great on a desk, shelf, or nook. Faraday is one of my personal heroes, and I felt a worthy tribute needed to be made to be displayed in my own office. This one is printed in a marble and bronze PLA, giving it a realistic stone look and a surprise whenever someone picks it up to discover it's actual weight. It is more durable than alabaster or plaster, and is washable with lukewarm soapy water for easy spring cleaning. It comes on a custom plinth that has his lifetime on the front, and the quote:

"Nothing is too wonderful to be true, if it be consistent with the laws of nature"