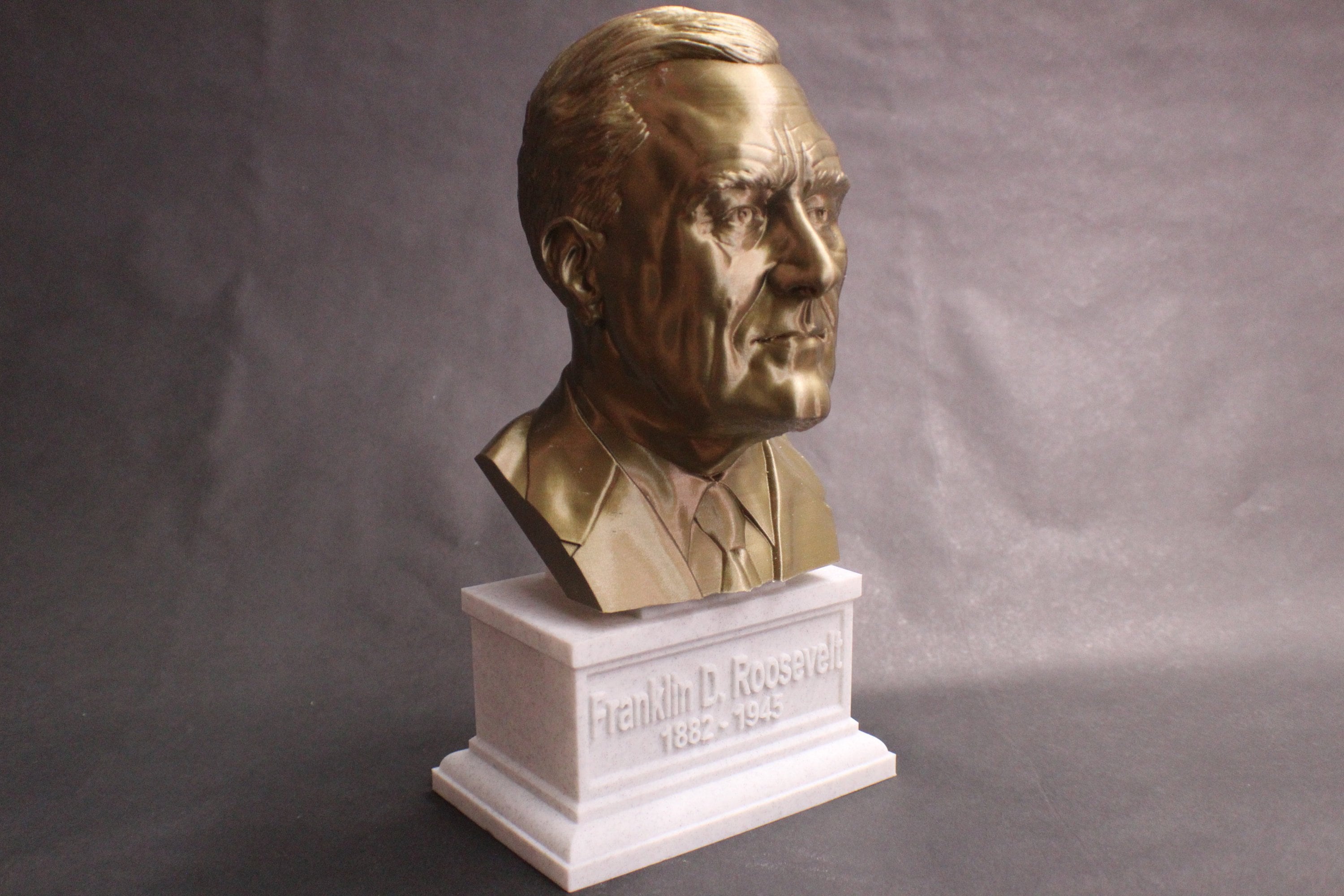 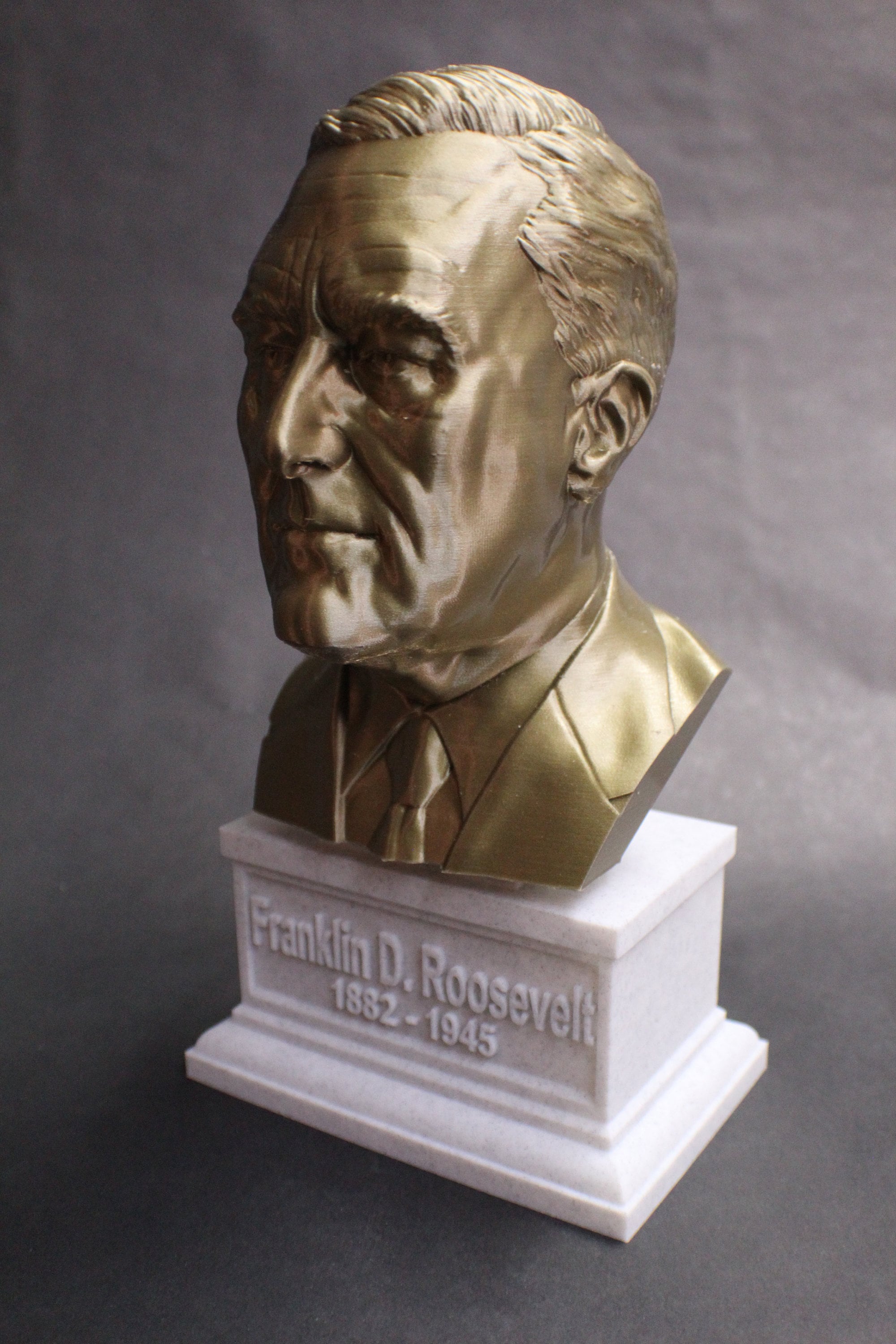 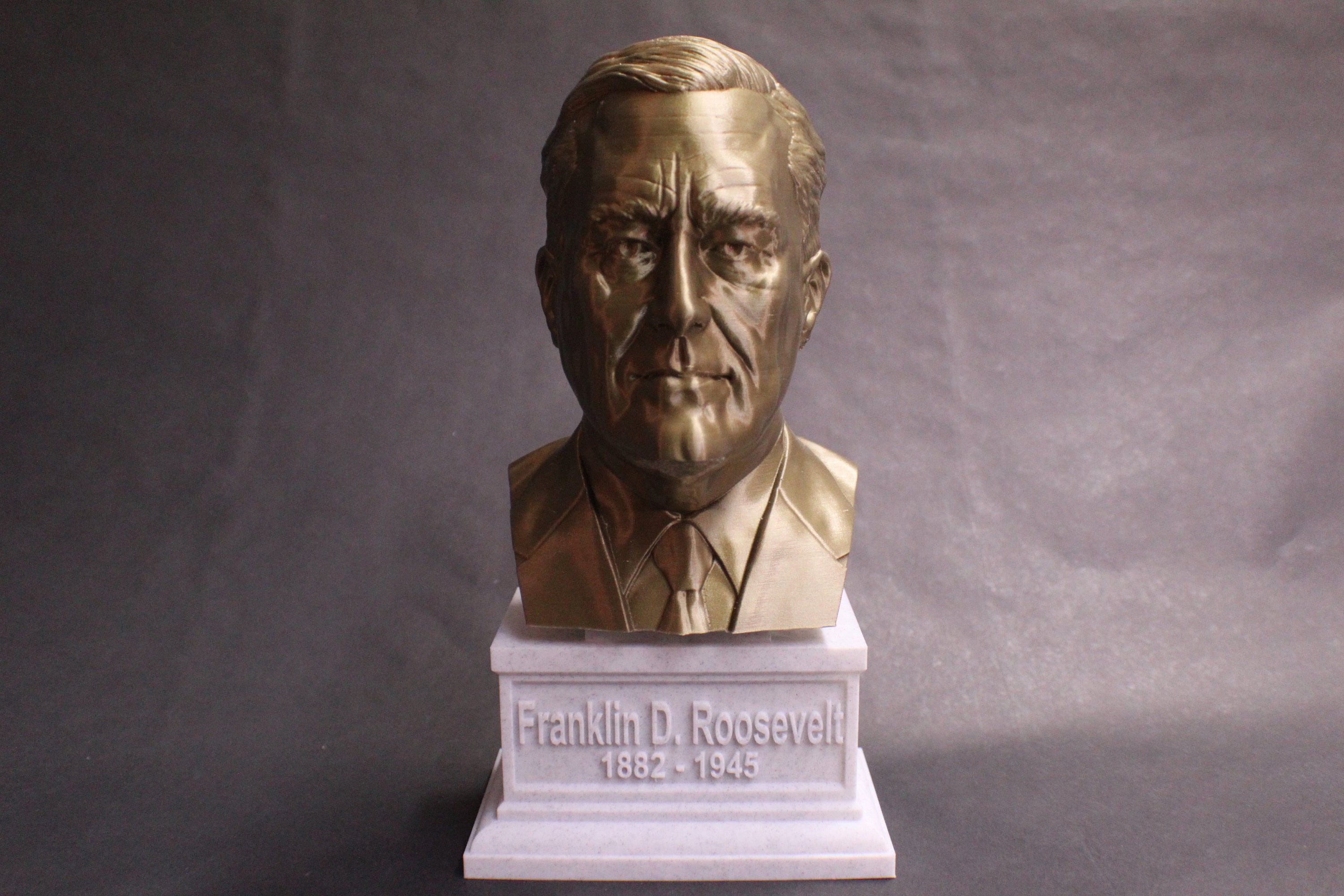 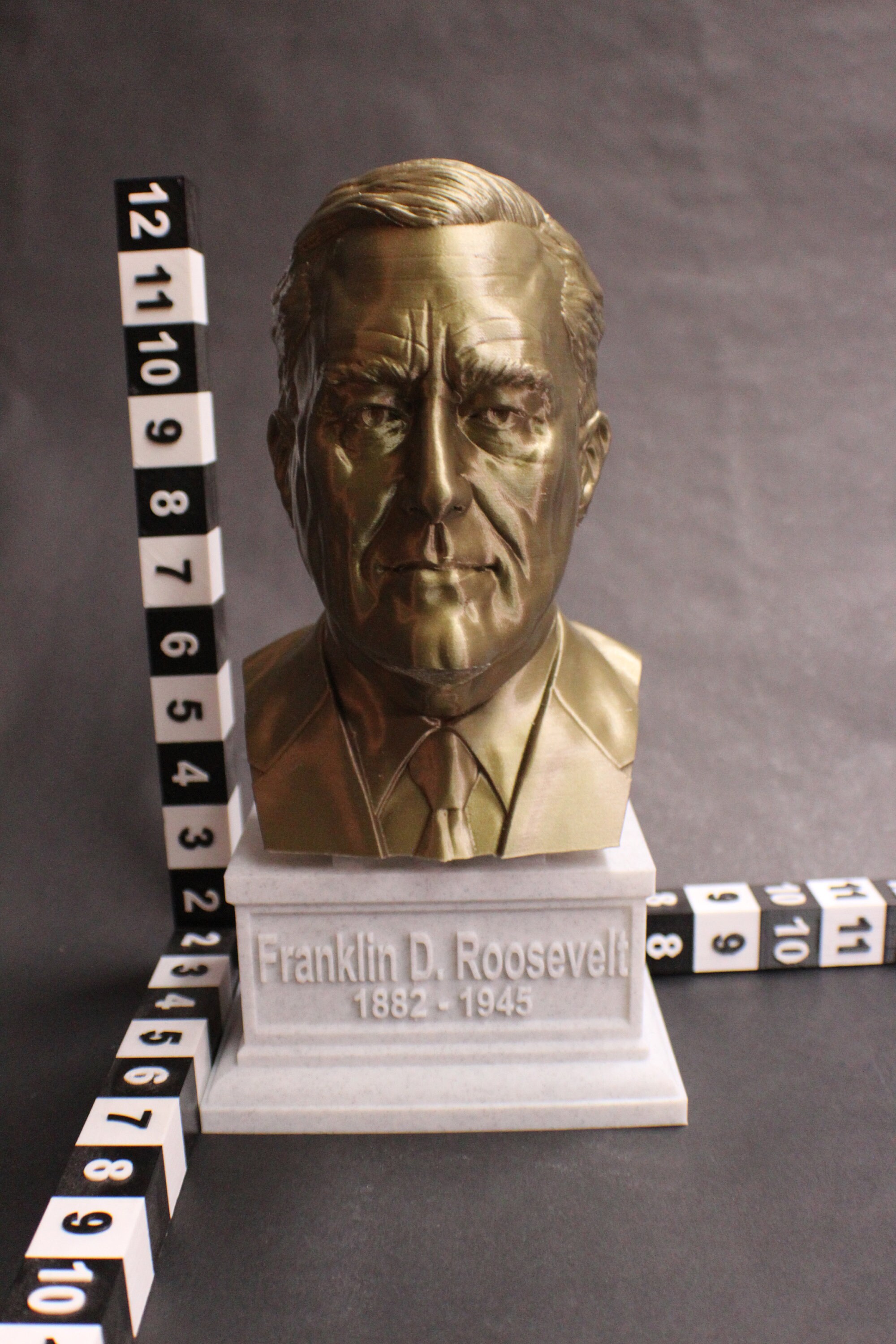 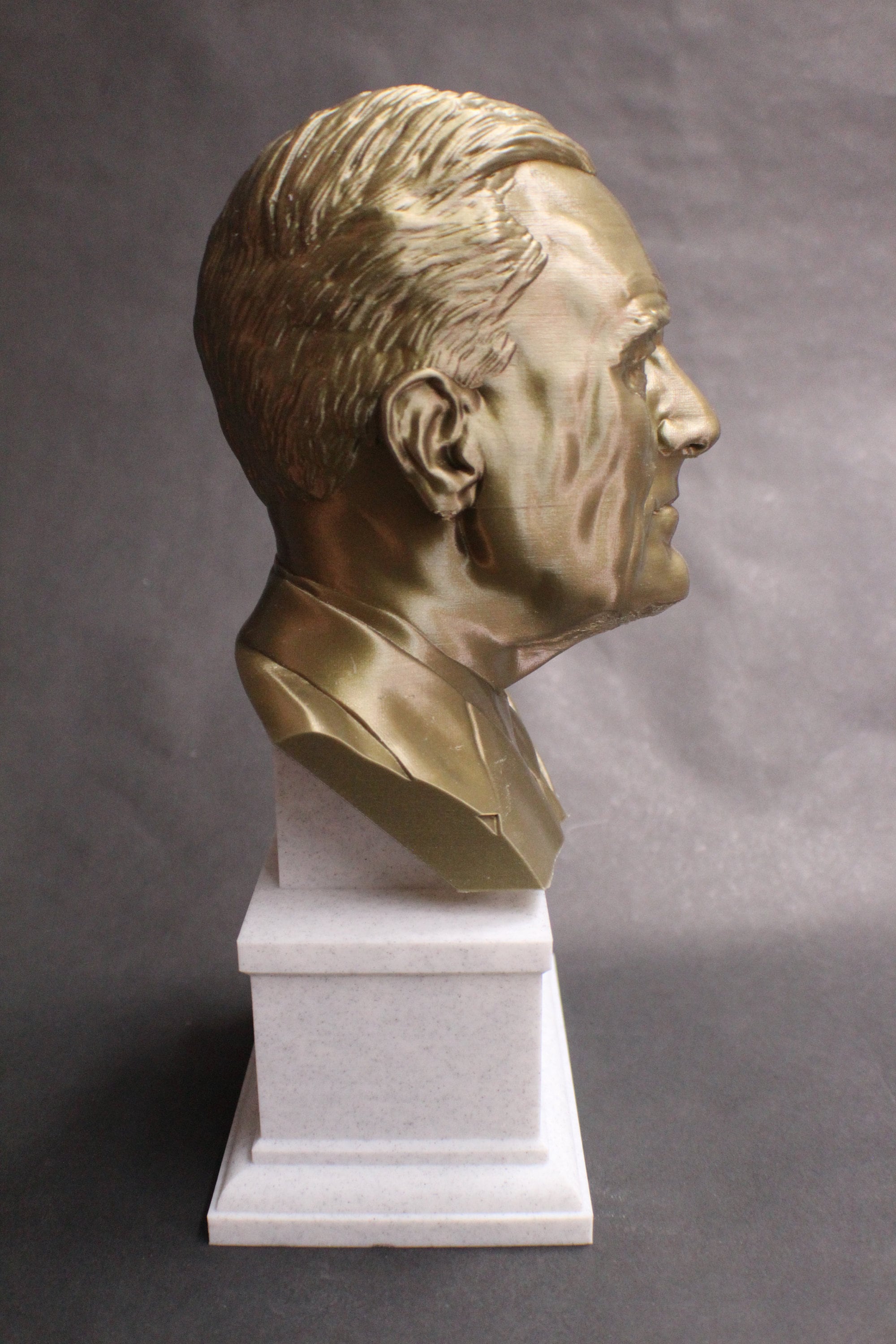 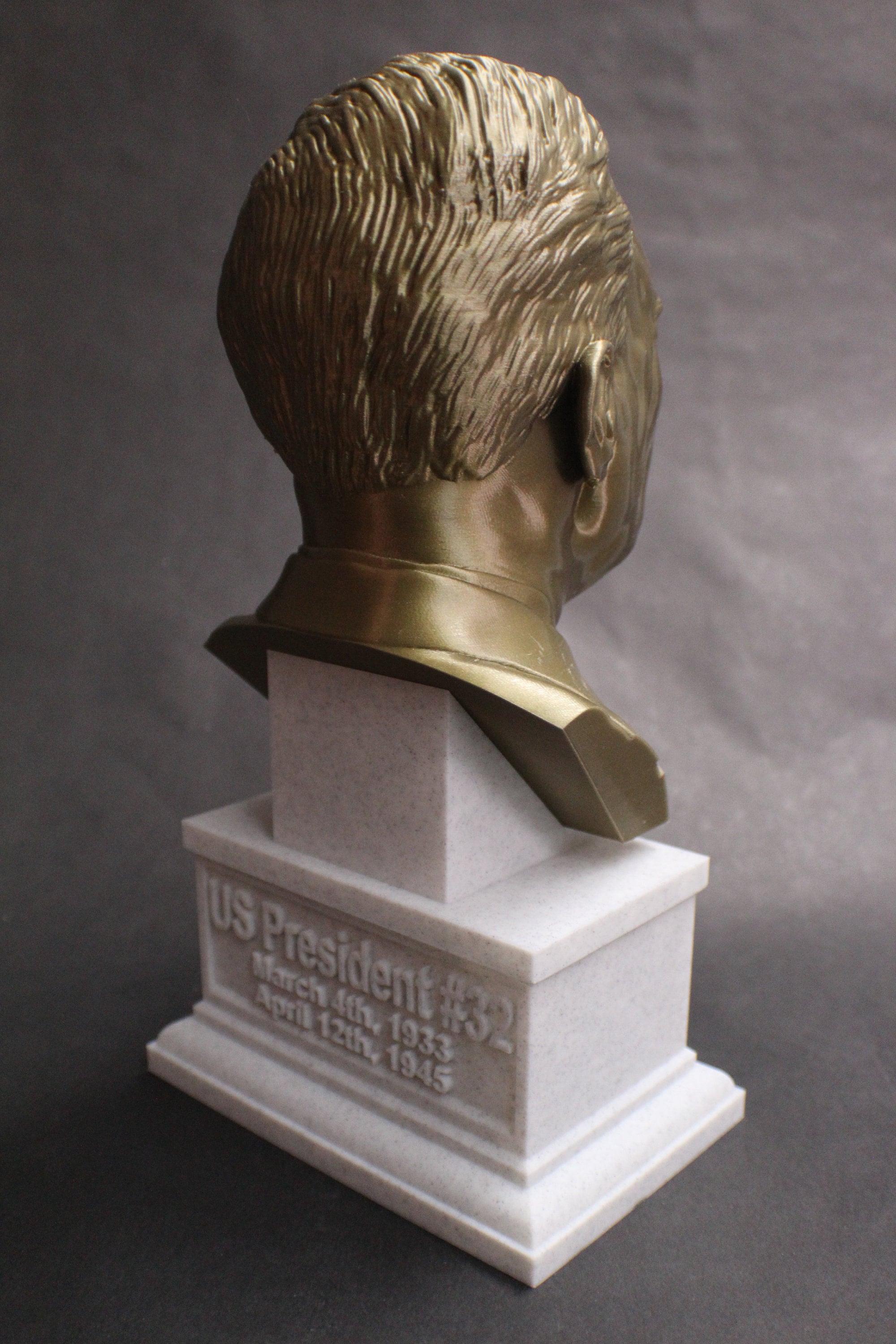 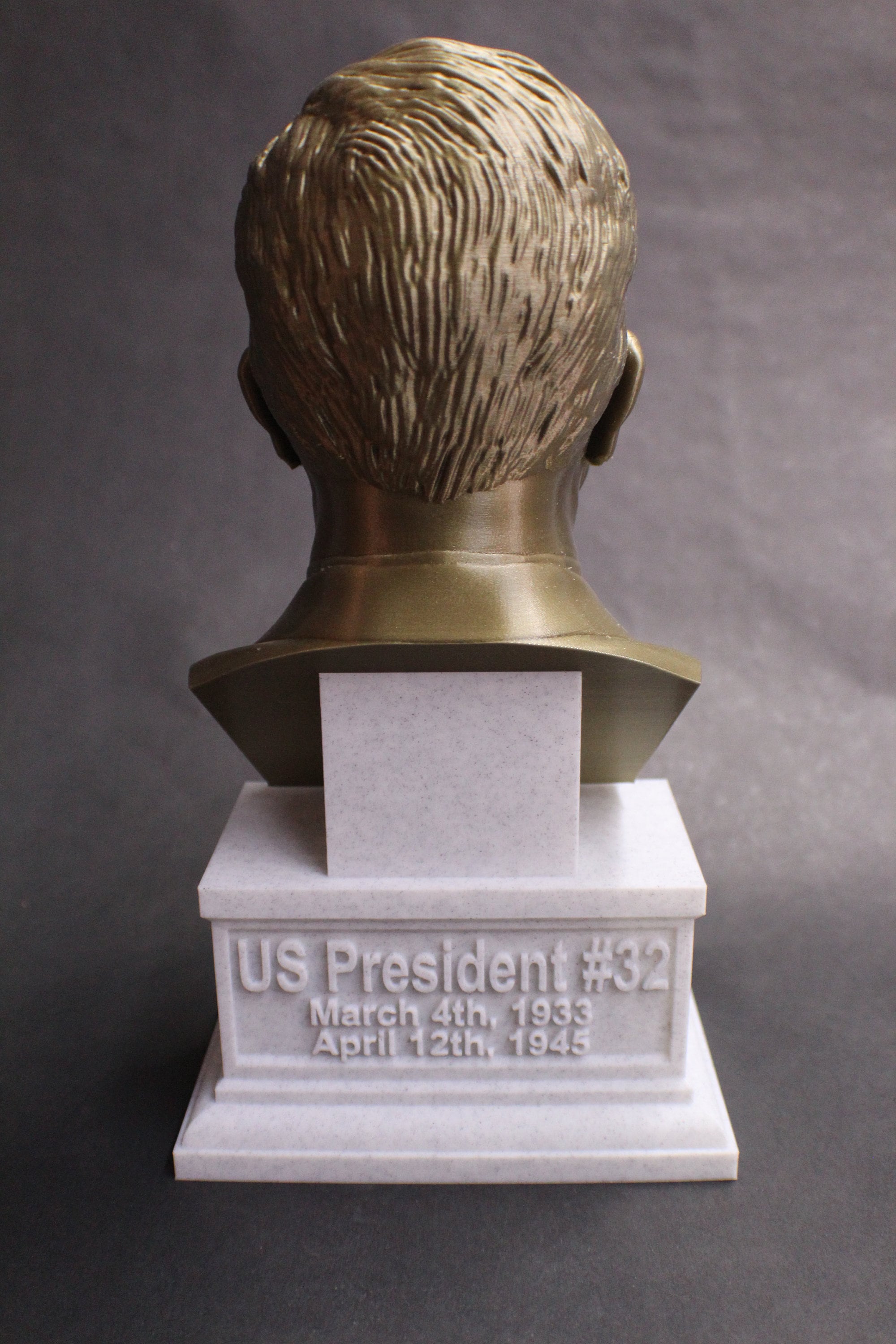 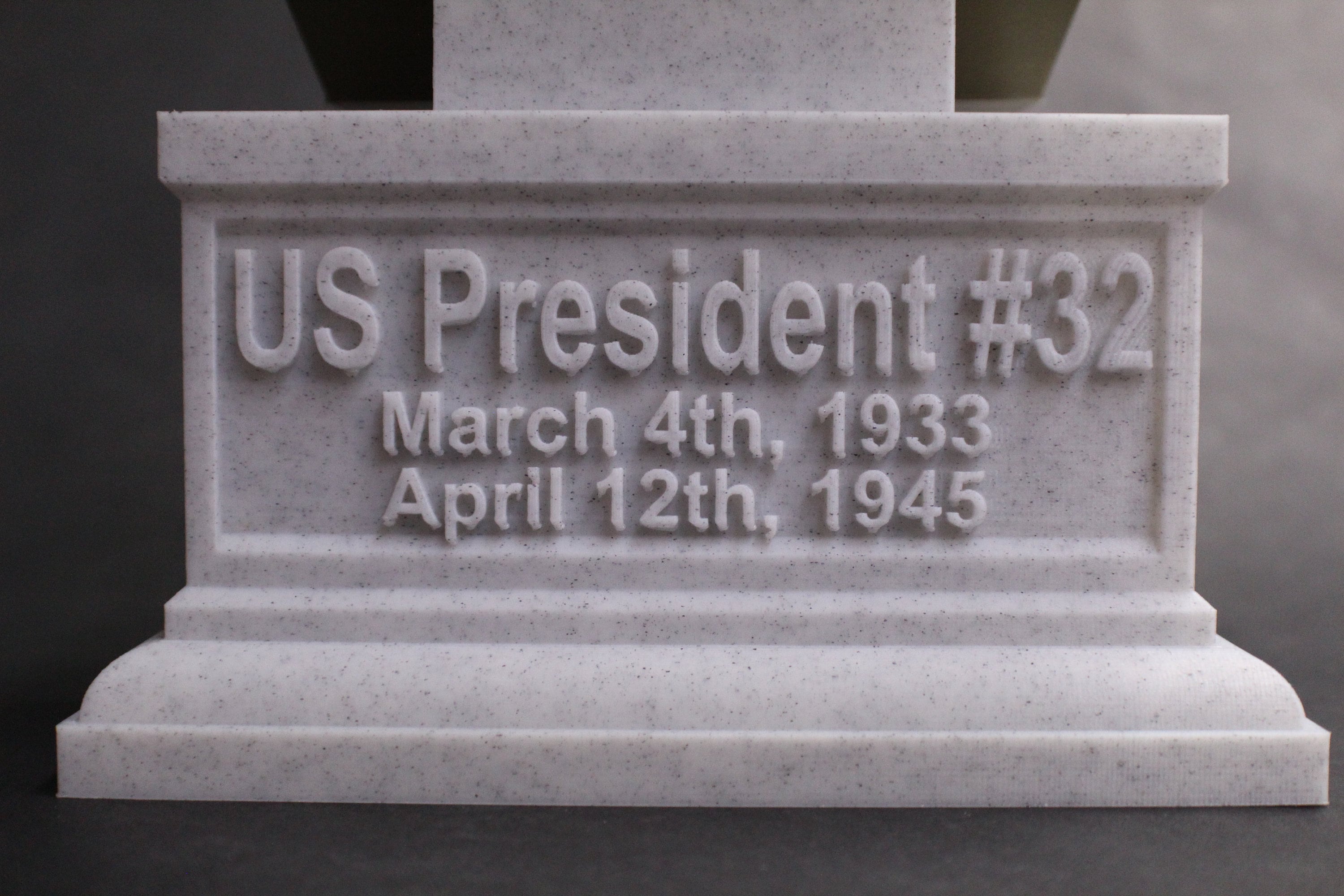 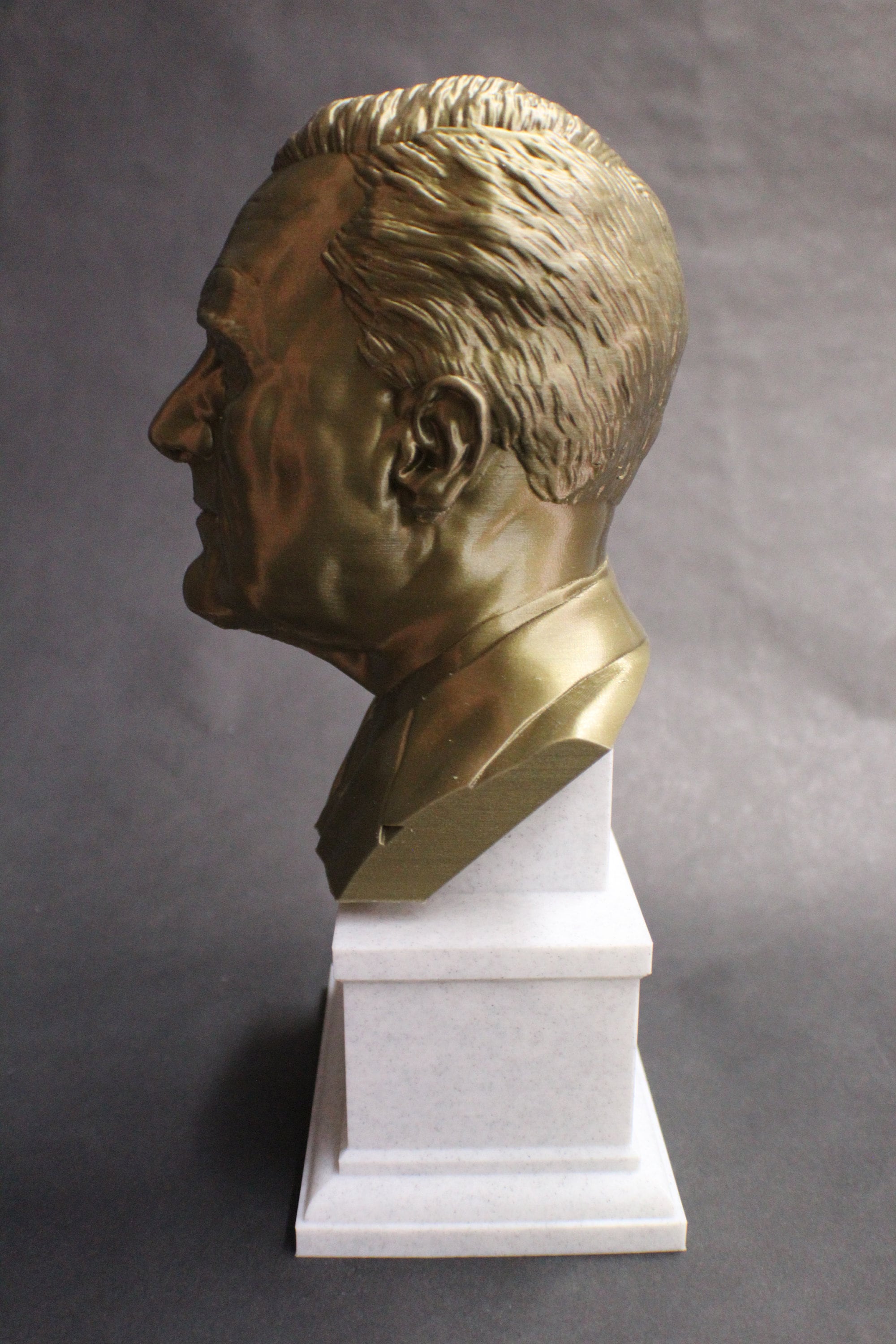 This 3D printed bust of Franklin Delano Roosevelt, the thirty-second United States President. This one is printed in a bronze and marble PLA, giving it a realistic metal/stone look and a surprise whenever someone picks it up to discover it's actual weight. It is more durable than alabaster or plaster, and is washable with lukewarm soapy water for easy spring cleaning. It comes on a custom plinth that has his lifetime on the front, and his dates in office as president on the back.