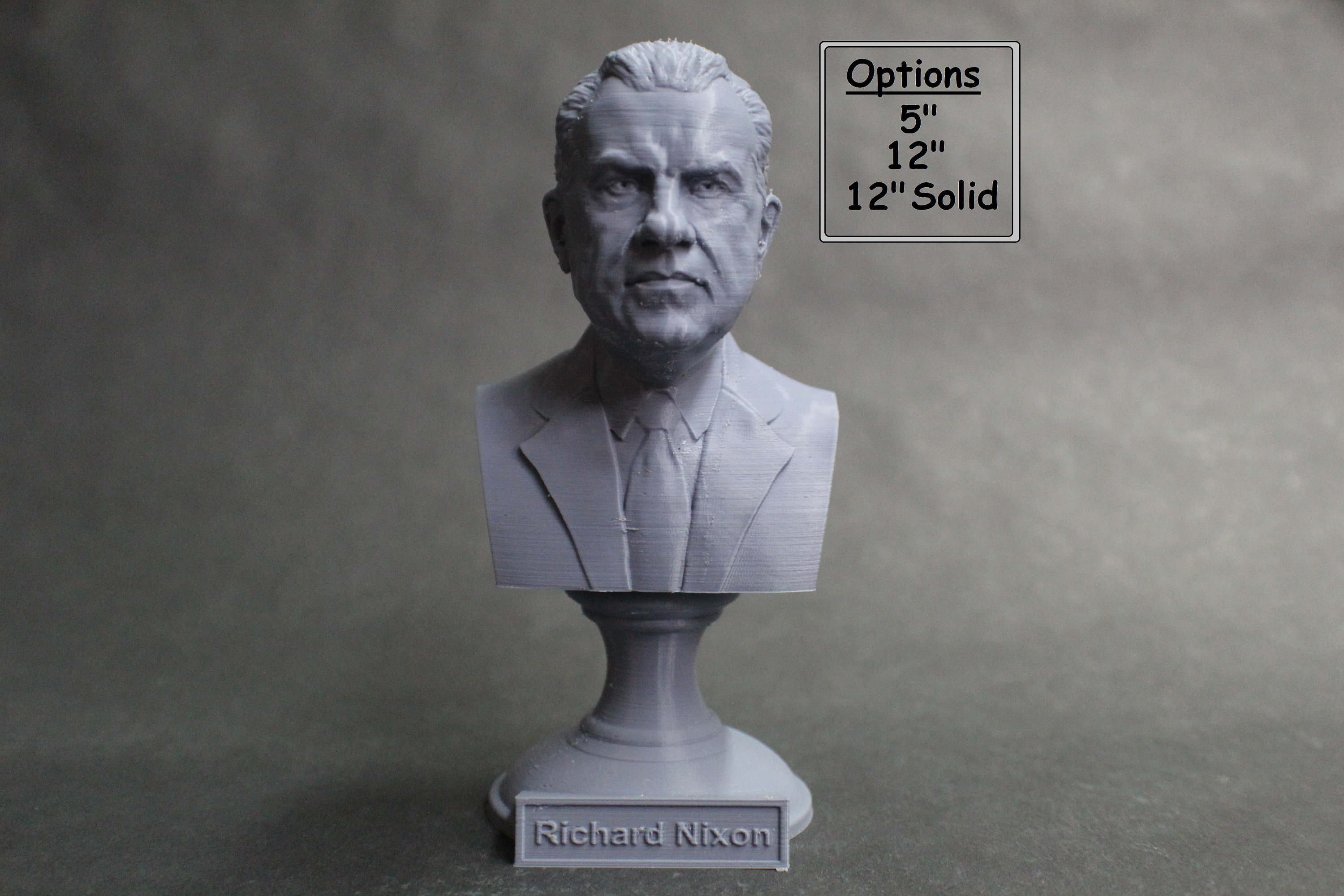 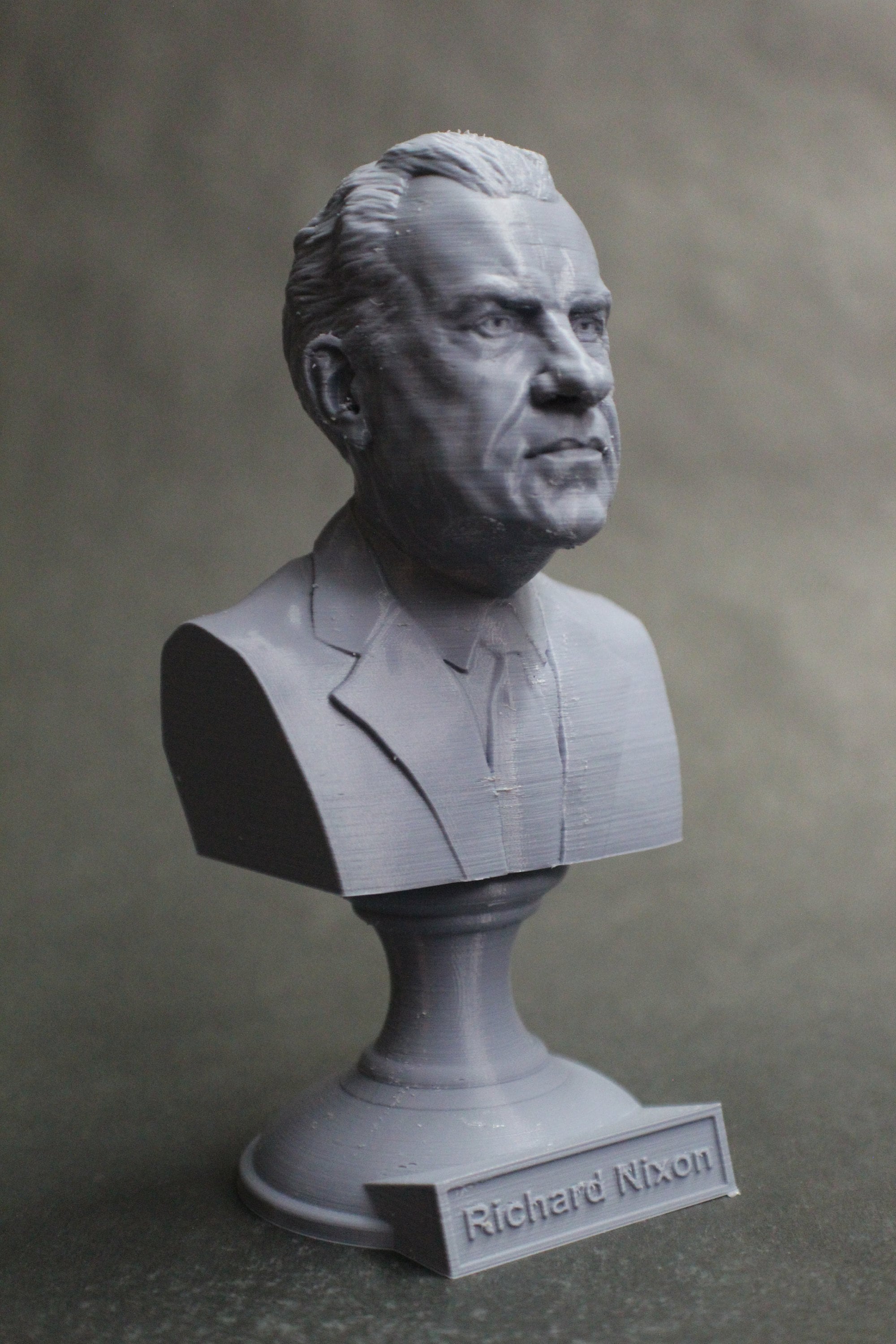 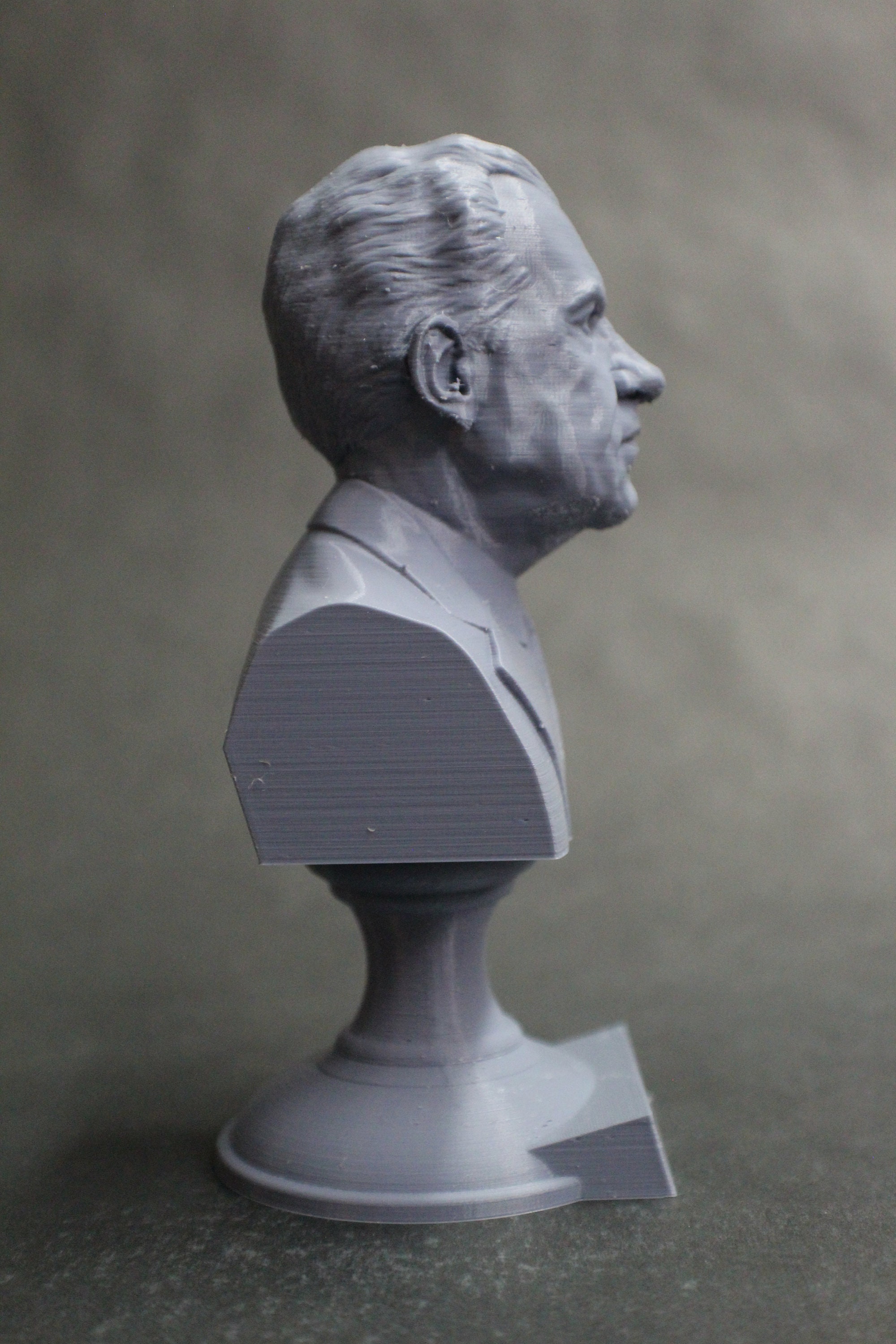 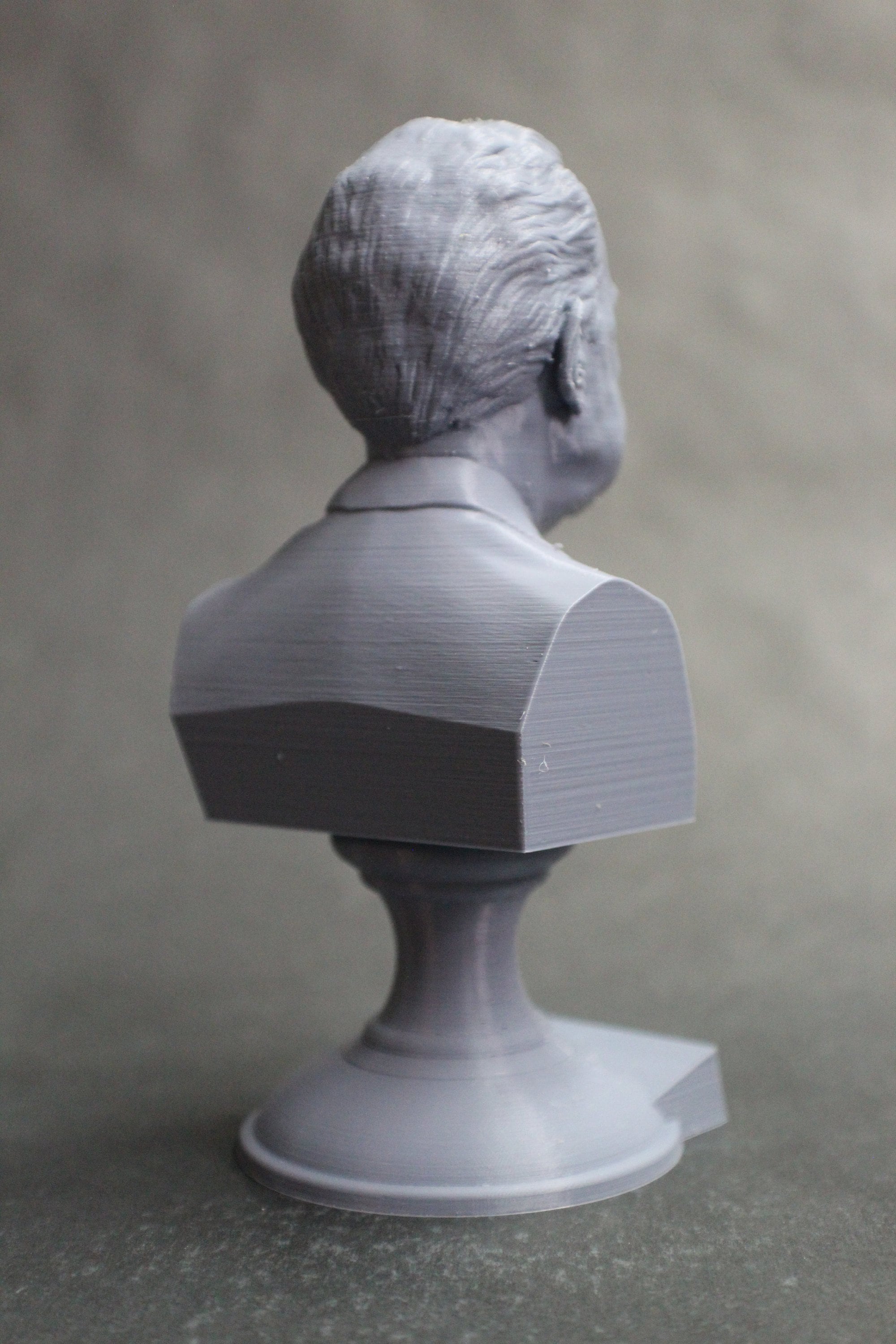 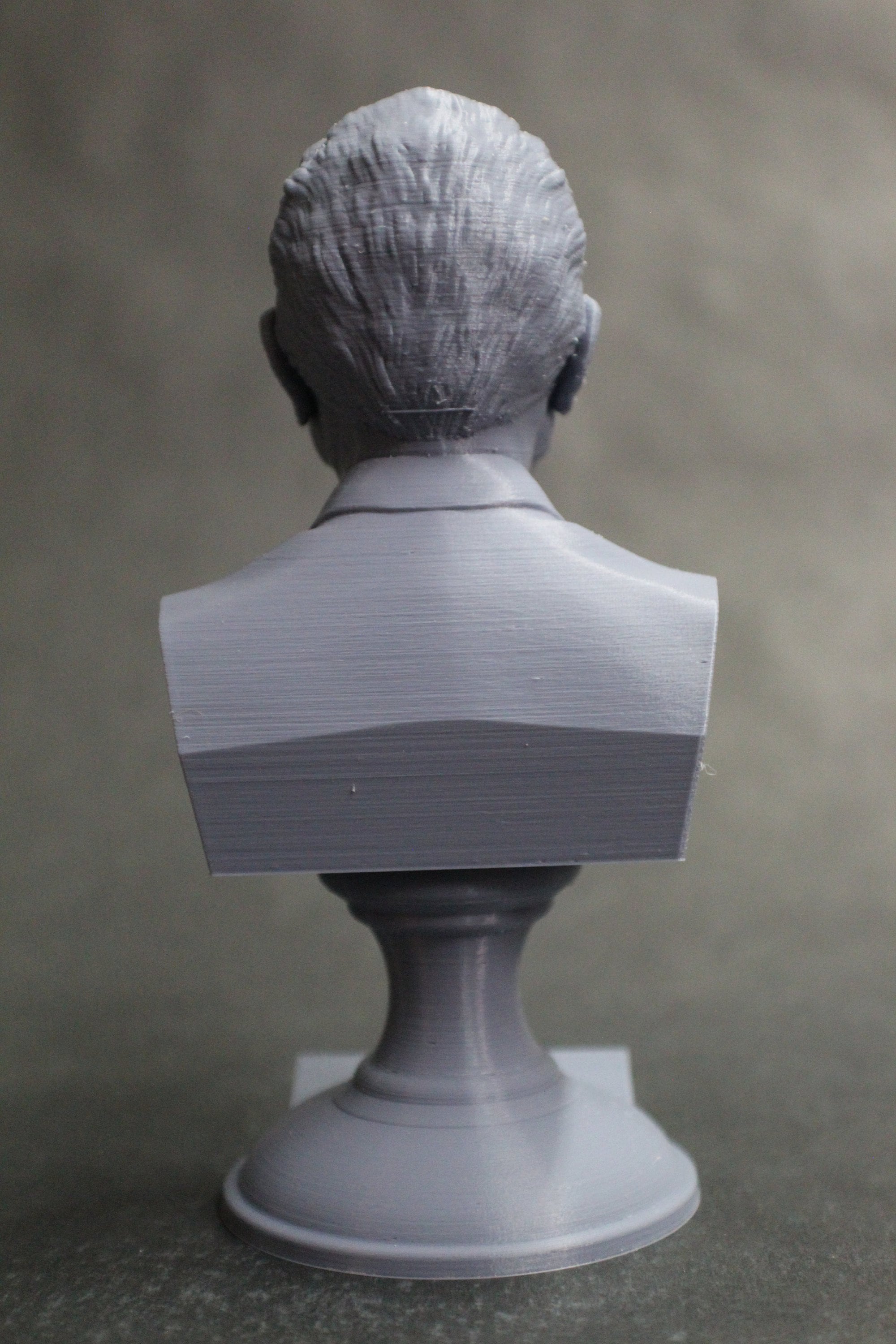 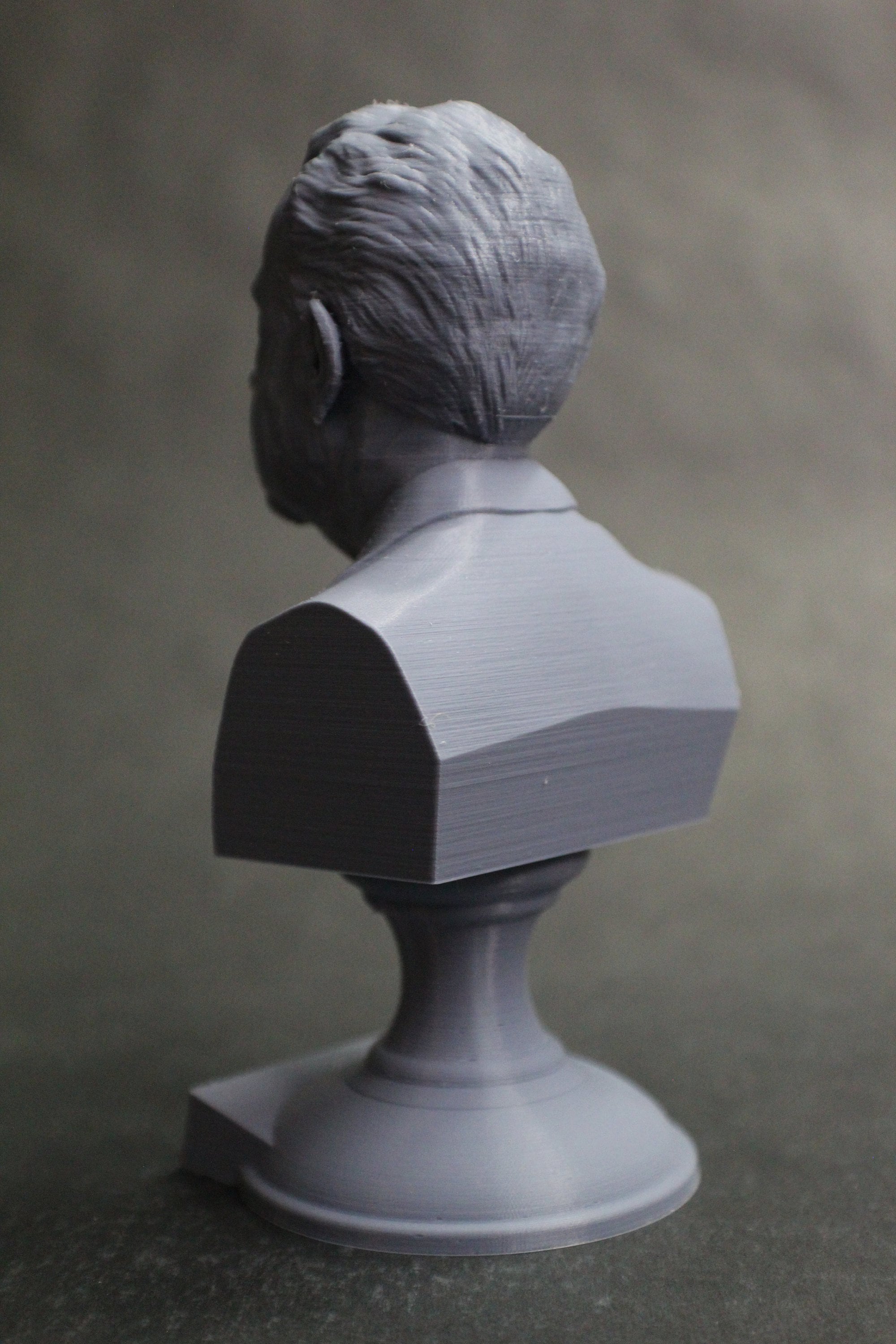 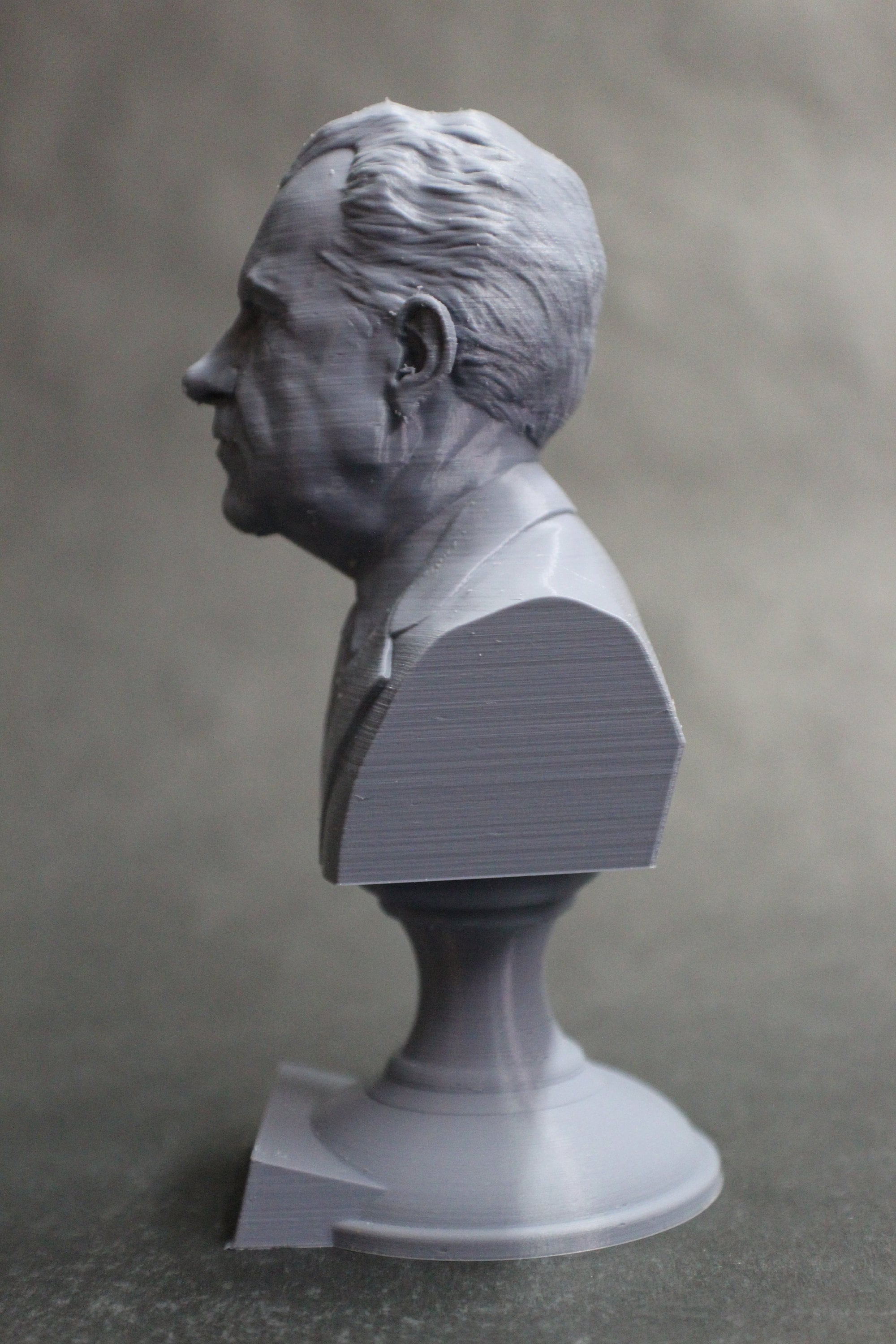 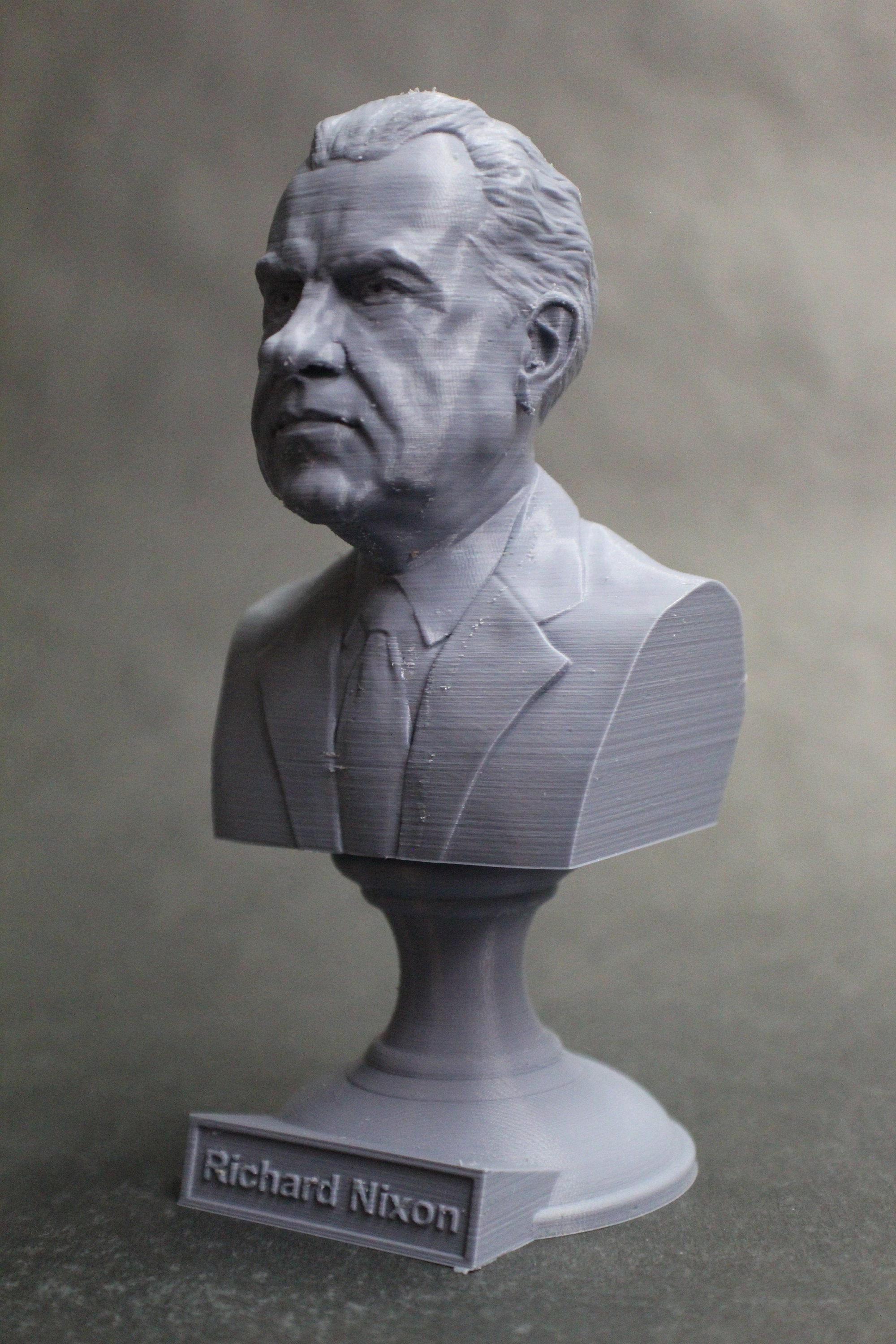 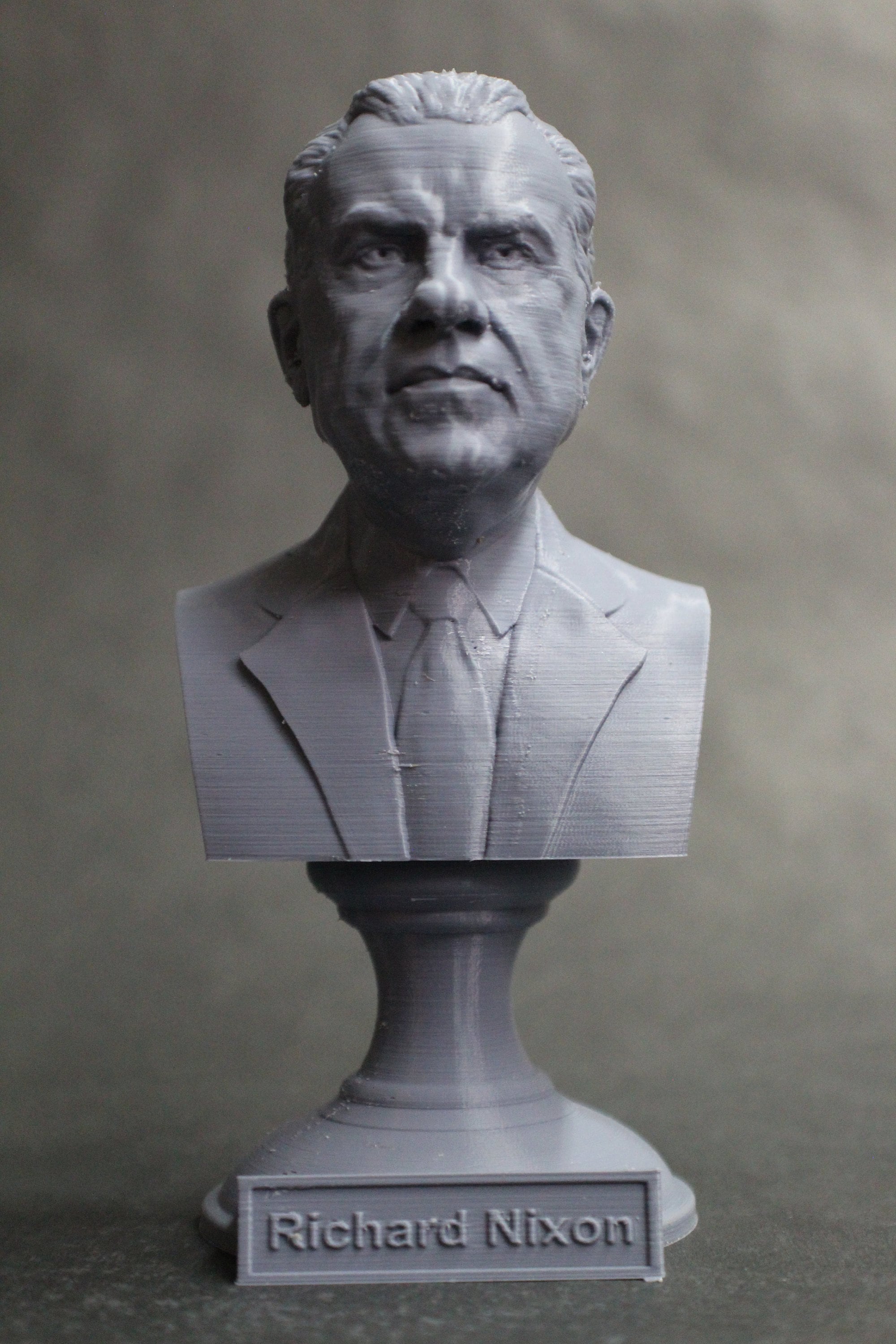 This 3D printed bust of Richard Nixon, the thirty-seventh United States President. This one is printed in a gray PLA, giving it a detailed look and a surprise whenever someone picks it up to discover it's actual weight. It is more durable than alabaster or plaster, and is washable with lukewarm soapy water for easy spring cleaning. It comes on a custom plinth that has his name on the front.

Nixon was born in Yorba Linda, California. After completing his undergraduate studies at Whittier College, he graduated from Duke University School of Law in 1937 and returned to California to practice law. He and his wife Pat moved to Washington in 1942 to work for the federal government. He subsequently served on active duty in the U.S. Navy Reserve during World War II. Nixon was elected to the House of Representatives in 1946 and to the Senate in 1950. His pursuit of the Hiss Case established his reputation as a leading anti-communist and elevated him to national prominence. He was the running mate of Dwight D. Eisenhower, the Republican Party presidential nominee in the 1952 election. Nixon served for eight years as Vice President, becoming the second-youngest vice president in history at age 40. He waged an unsuccessful presidential campaign in 1960, narrowly losing to John F. Kennedy, and lost a race for governor of California to Pat Brown in 1962. In 1968, he ran for the presidency again and was elected, defeating incumbent Vice President Hubert Humphrey.

Nixon ended American involvement in the war in Vietnam in 1973 and brought the American POWs home, and ended the military draft. Nixon's visit to China in 1972 eventually led to diplomatic relations between the two nations and he initiated détente and the Anti-Ballistic Missile Treaty with the Soviet Union the same year. His administration generally transferred power from Washington D.C. to the states. He imposed wage and price controls for ninety days, enforced desegregation of Southern schools, established the Environmental Protection Agency and began the War on Cancer. Nixon also presided over the Apollo 11 moon landing, which signaled the end of the moon race. He was reelected in one of the largest electoral landslides in U.S. history in 1972 when he defeated George McGovern.