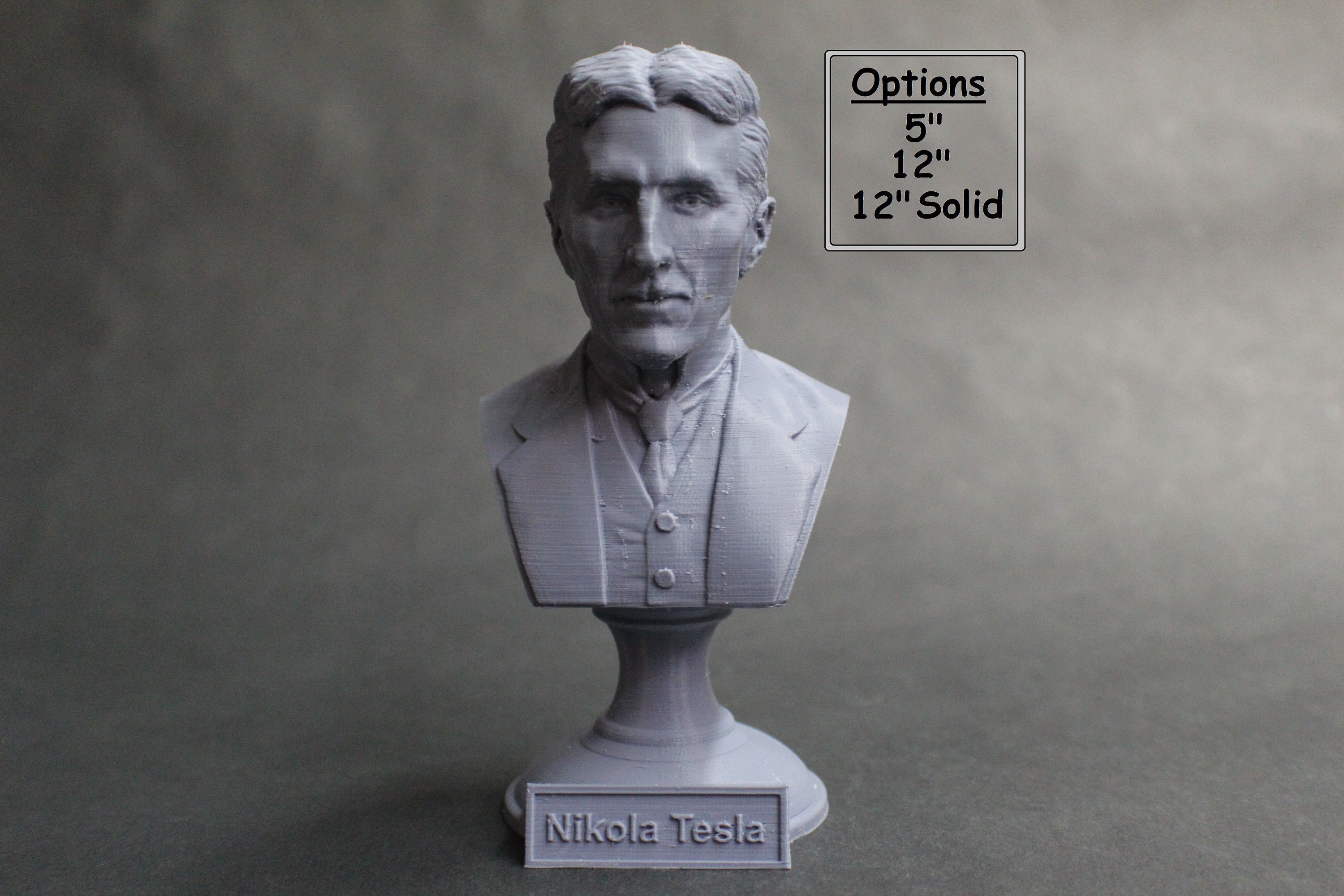 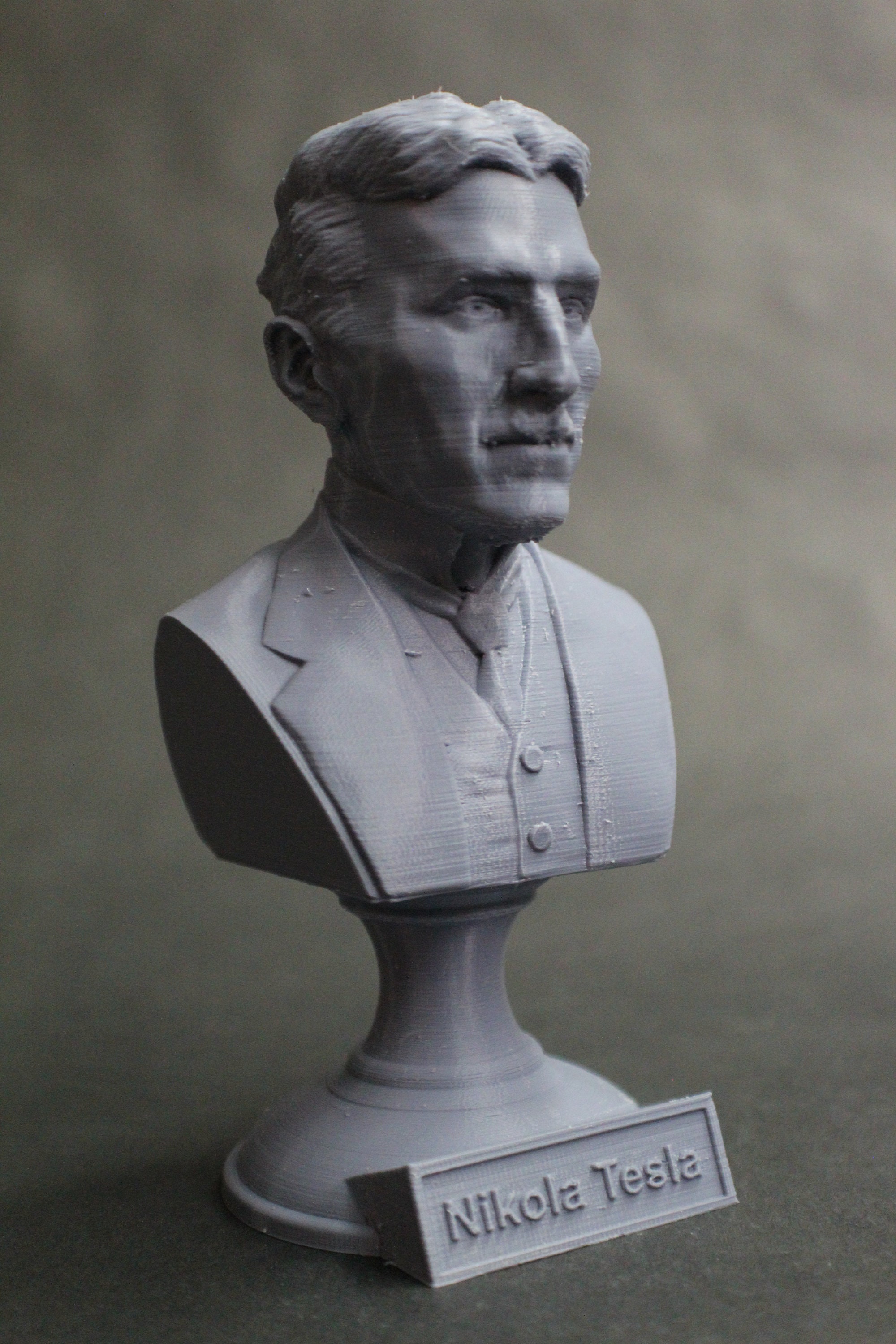 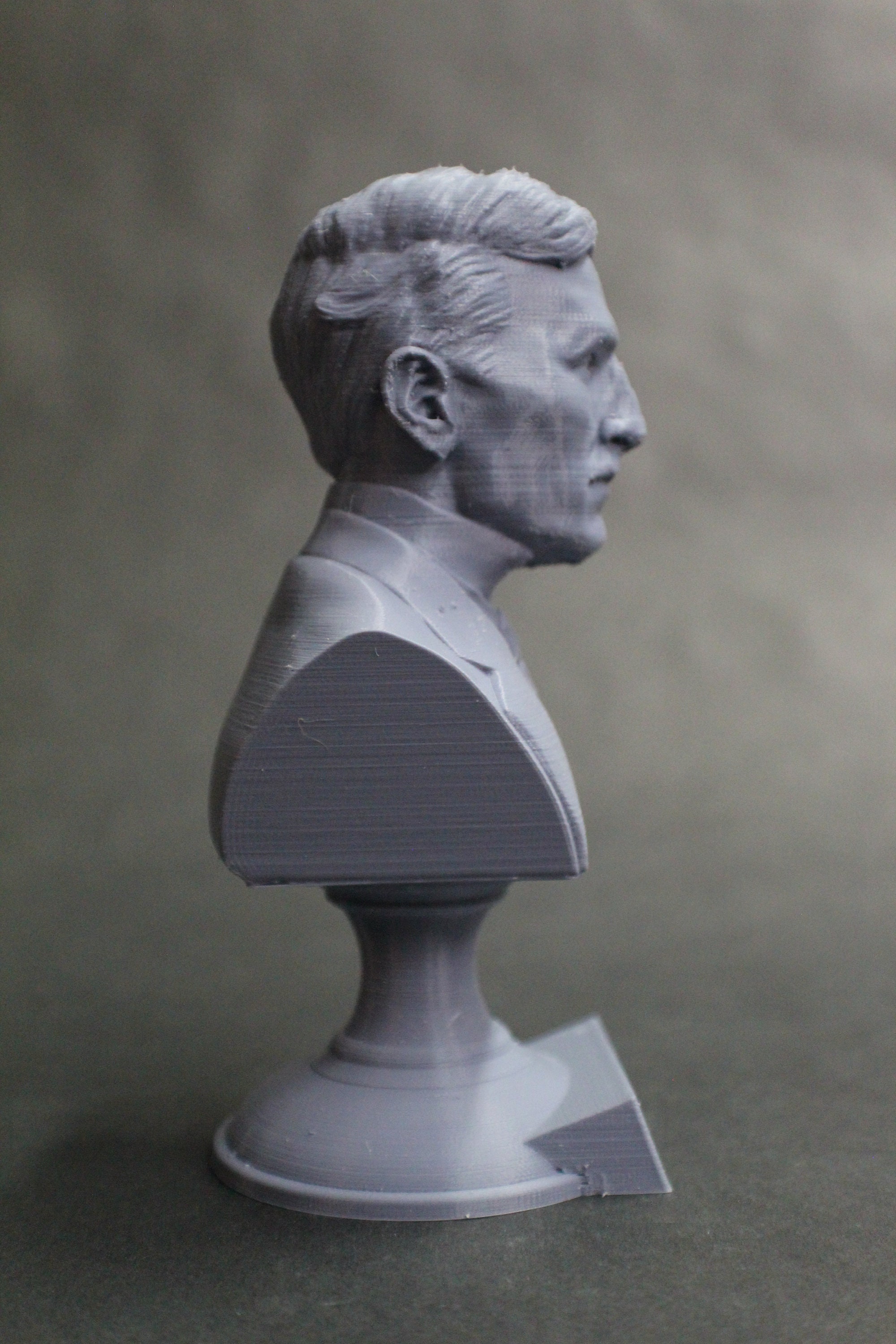 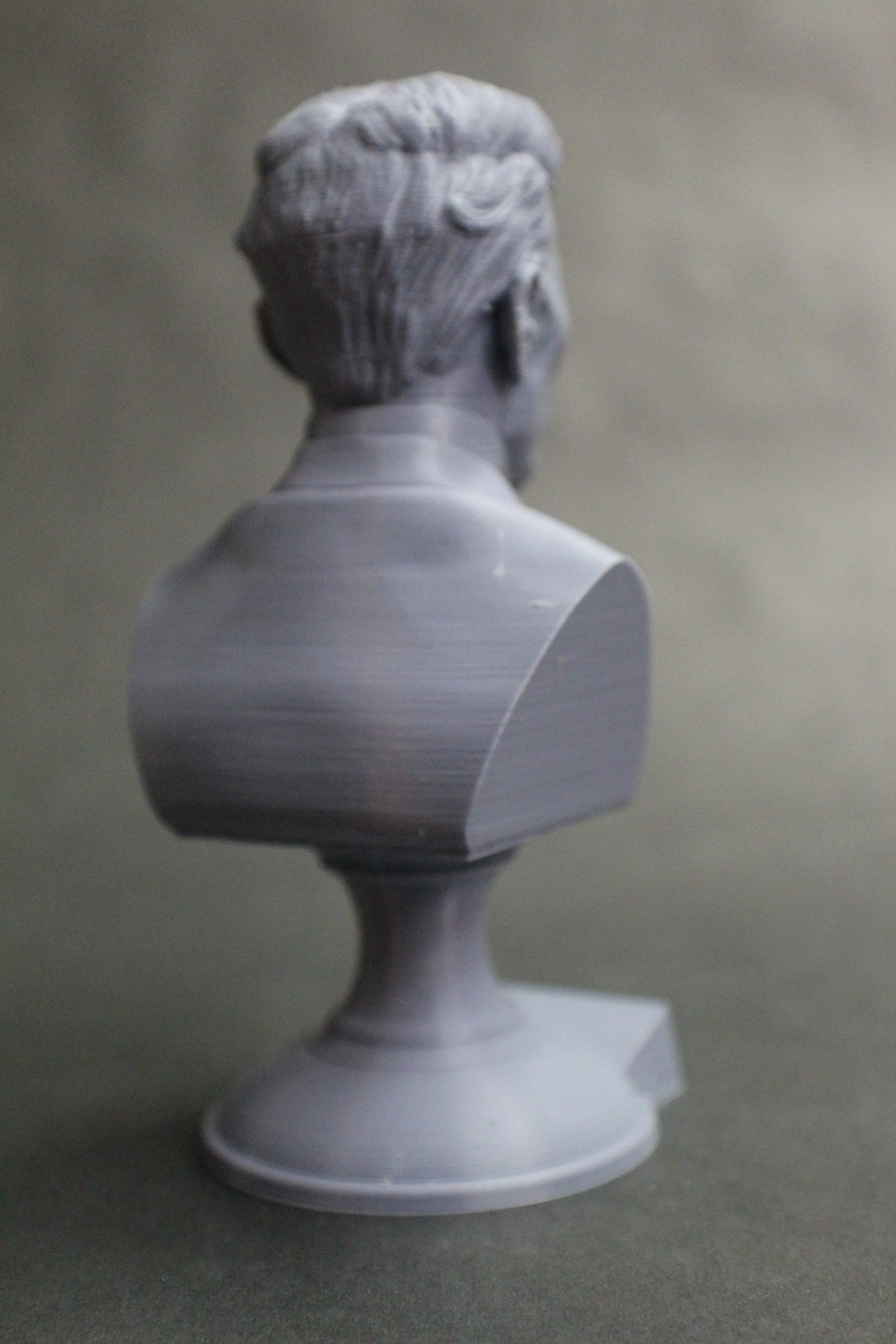 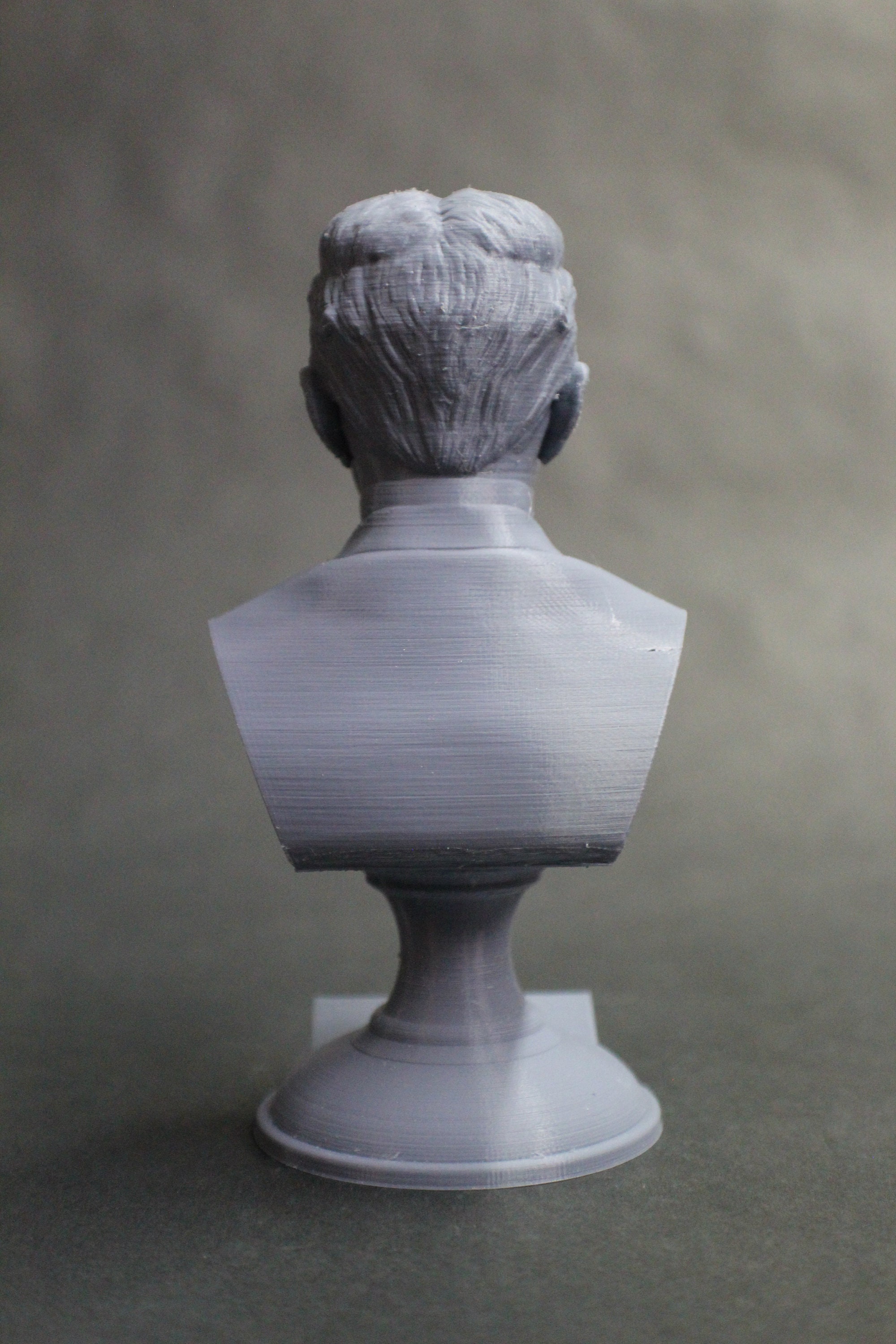 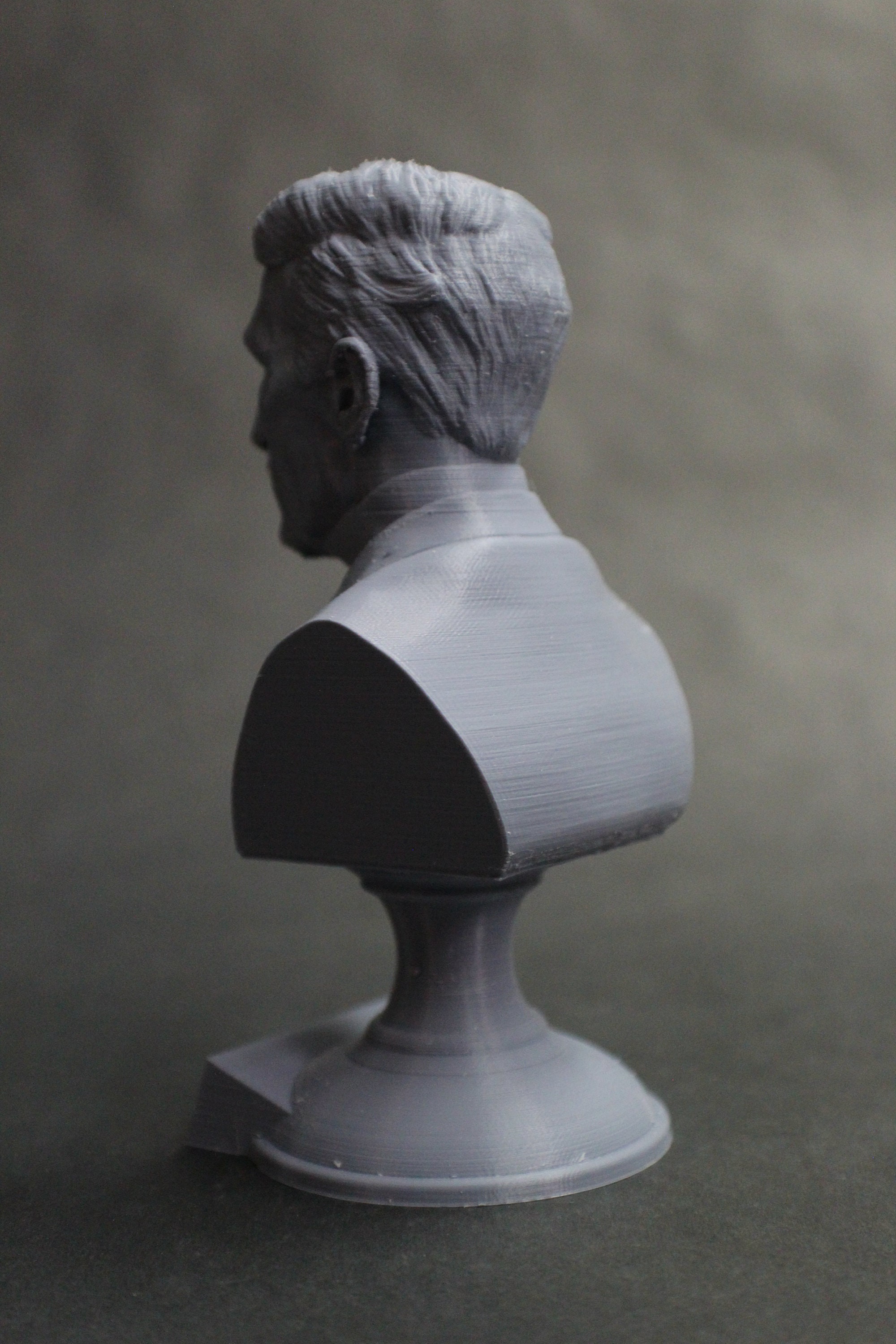 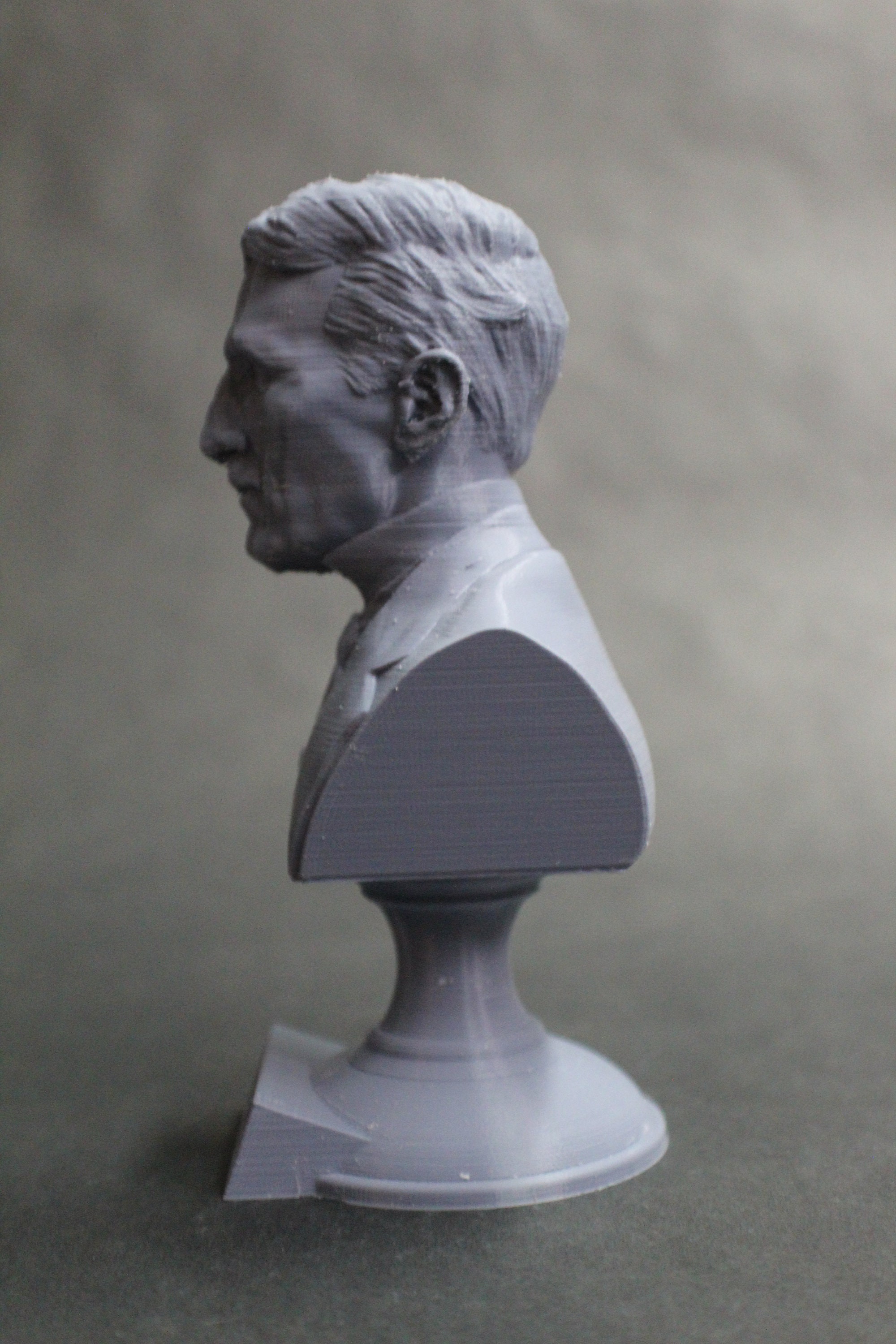 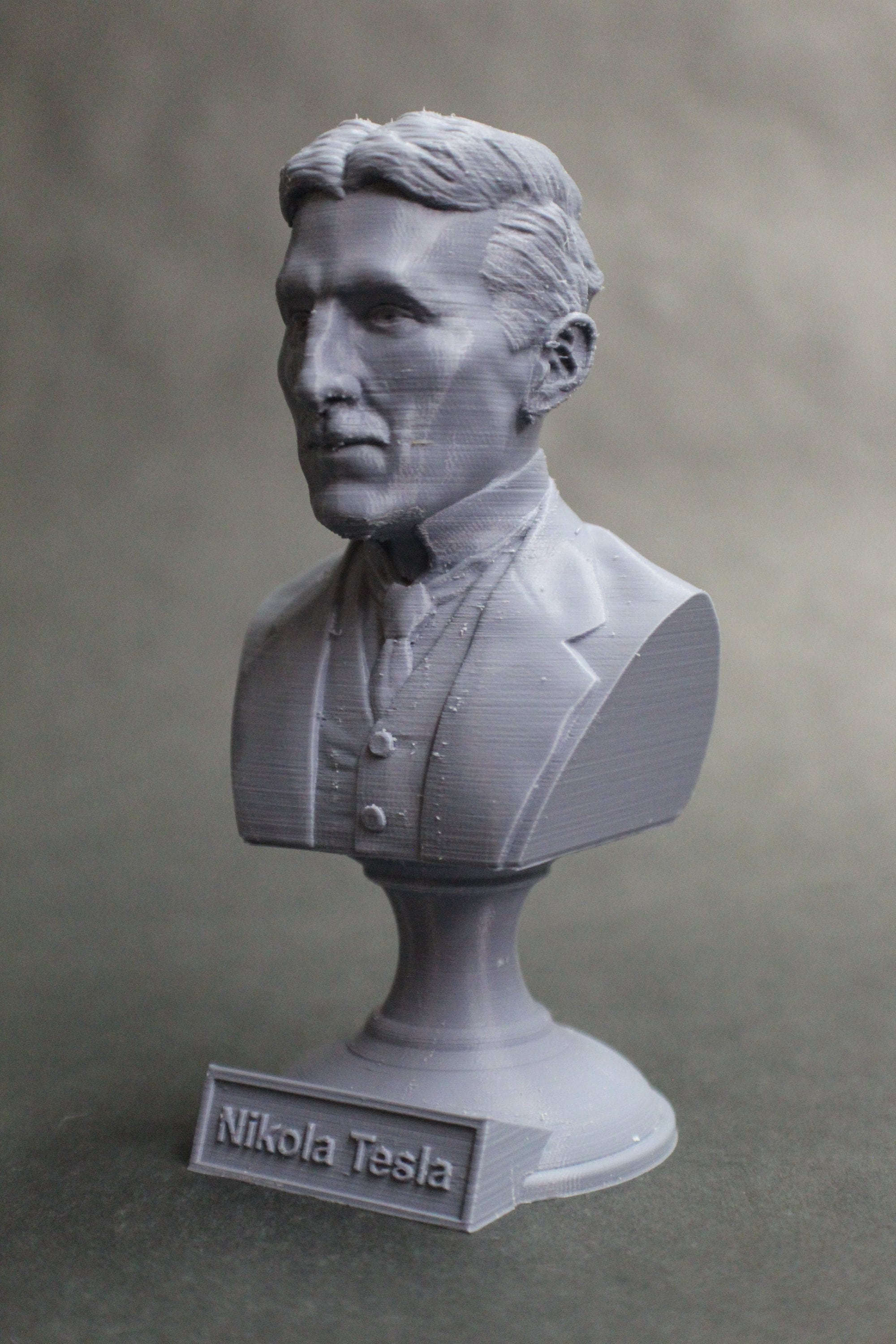 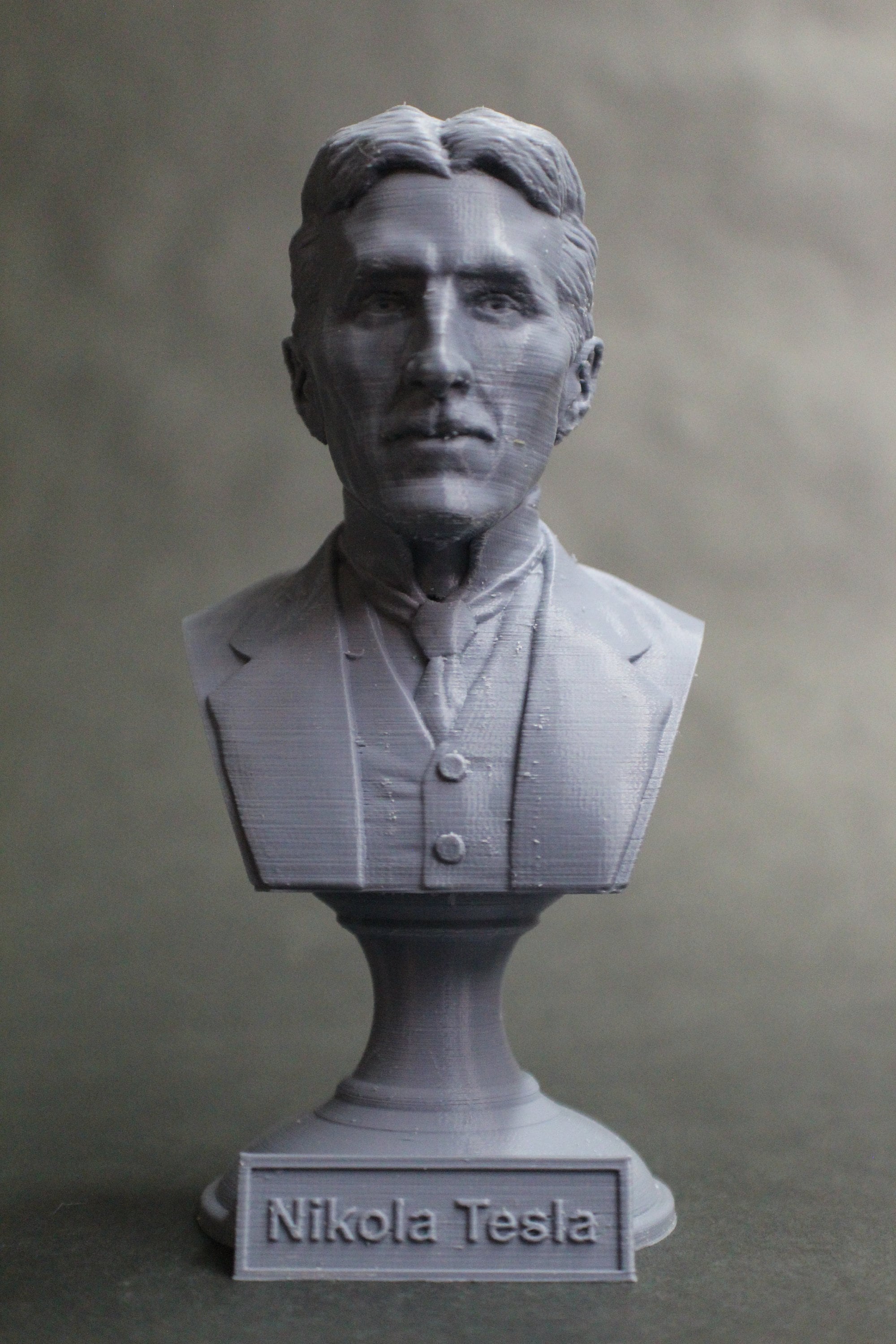 This 3D printed bust of Nikola Tesla Famous Inventor, Electrical Engineer, and Futurist. Tesla has finally made it into the mainstream as the "cool" electrical engineer that embodied bold ideas and maverick designs that were far ahead of their time. Tesla is one of my personal heroes, and I felt a worthy tribute needed to be made to be displayed in my own office. It is more durable than alabaster or plaster, and is washable with lukewarm soapy water for easy spring cleaning. It comes on a custom plinth that has his name on the front.

Nikola Tesla (10 July 1856 – 7 January 1943) was a Serbian-American inventor, electrical engineer, mechanical engineer, and futurist who is best known for his contributions to the design of the modern alternating current (AC) electricity supply system.

Born and raised in the Austrian Empire, Tesla received an advanced education in engineering and physics in the 1870s and gained practical experience in the early 1880s working in telephony and at Continental Edison in the new electric power industry. He emigrated in 1884 to the United States, where he would become a naturalized citizen. He worked for a short time at the Edison Machine Works in New York City before he struck out on his own. With the help of partners to finance and market his ideas, Tesla set up laboratories and companies in New York to develop a range of electrical and mechanical devices. His alternating current (AC) induction motor and related polyphase AC patents, licensed by Westinghouse Electric in 1888, earned him a considerable amount of money and became the cornerstone of the polyphase system which that company would eventually market.

Attempting to develop inventions he could patent and market, Tesla conducted a range of experiments with mechanical oscillators/generators, electrical discharge tubes, and early X-ray imaging. He also built a wireless-controlled boat, one of the first ever exhibited. Tesla became well known as an inventor and would demonstrate his achievements to celebrities and wealthy patrons at his lab, and was noted for his showmanship at public lectures. Throughout the 1890s, Tesla pursued his ideas for wireless lighting and worldwide wireless electric power distribution in his high-voltage, high-frequency power experiments in New York and Colorado Springs. In 1893, he made pronouncements on the possibility of wireless communication with his devices. Tesla tried to put these ideas to practical use in his unfinished Wardenclyffe Tower project, an intercontinental wireless communication and power transmitter, but ran out of funding before he could complete it.[7]