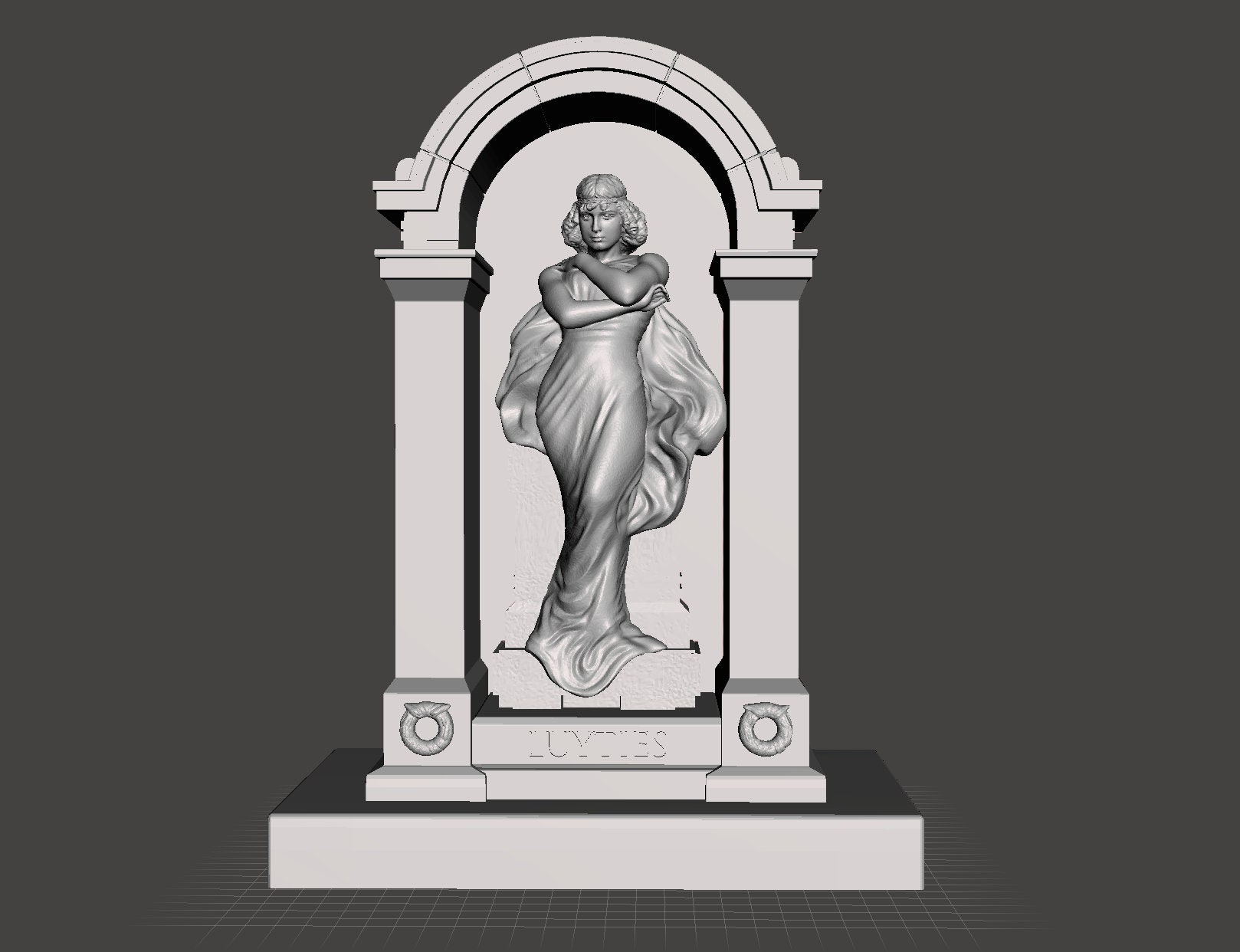 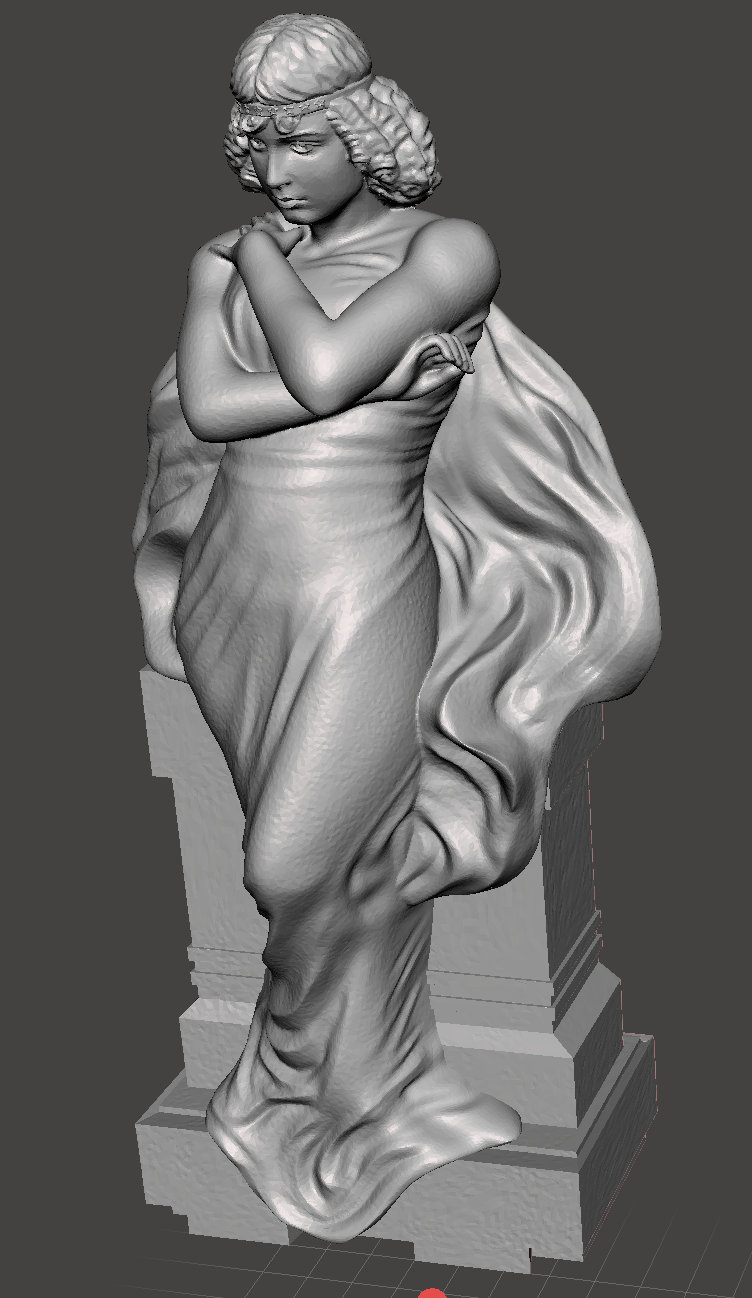 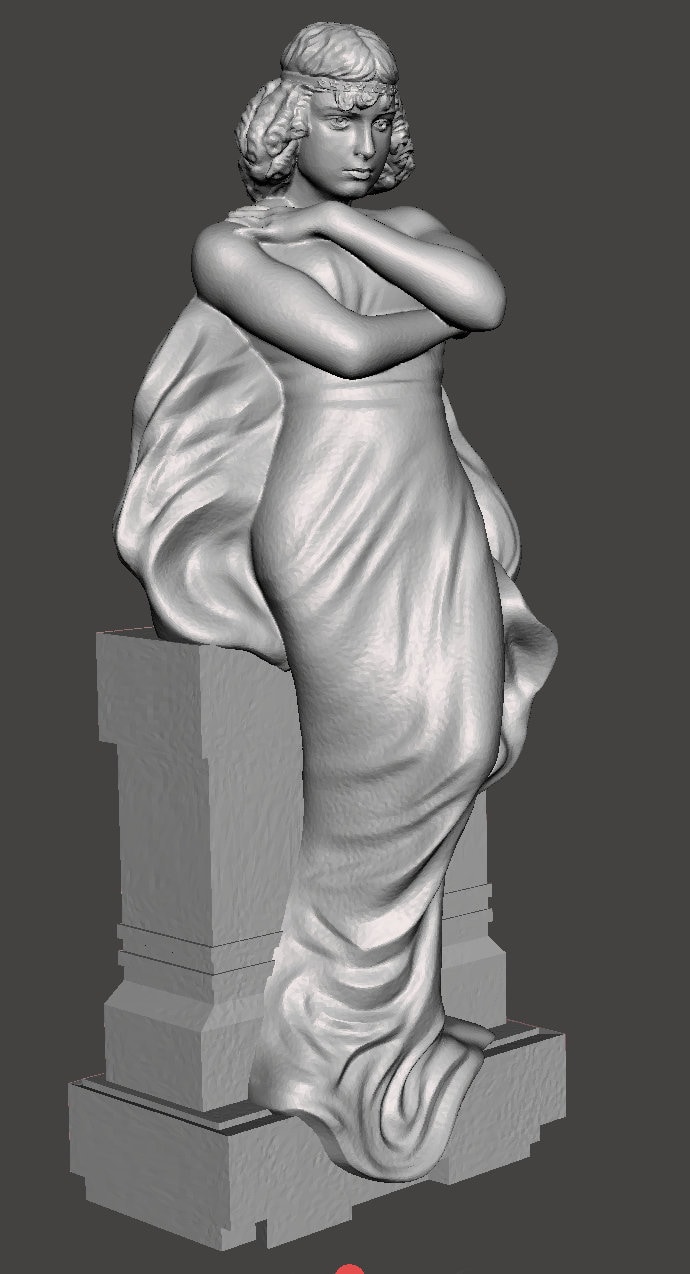 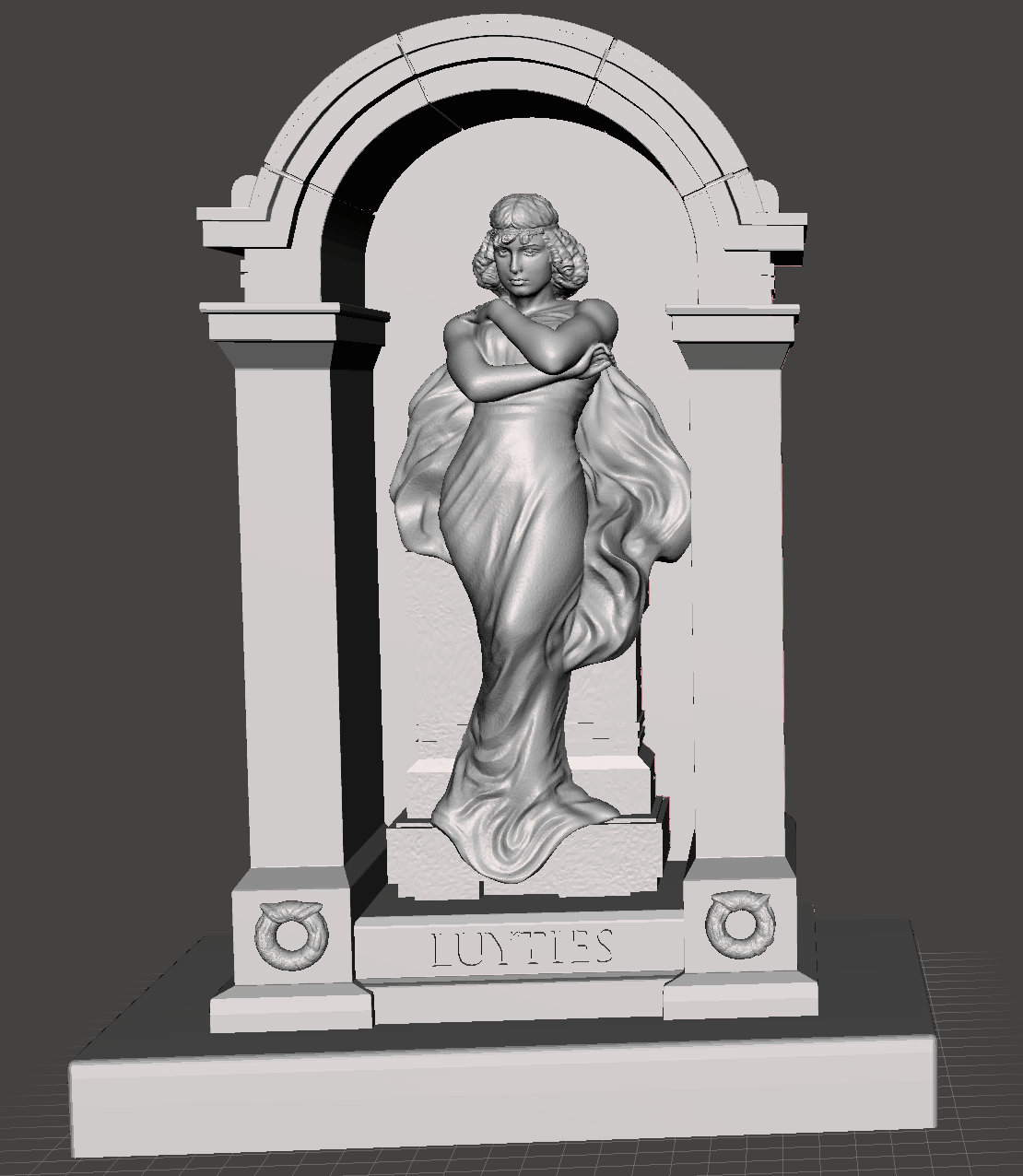 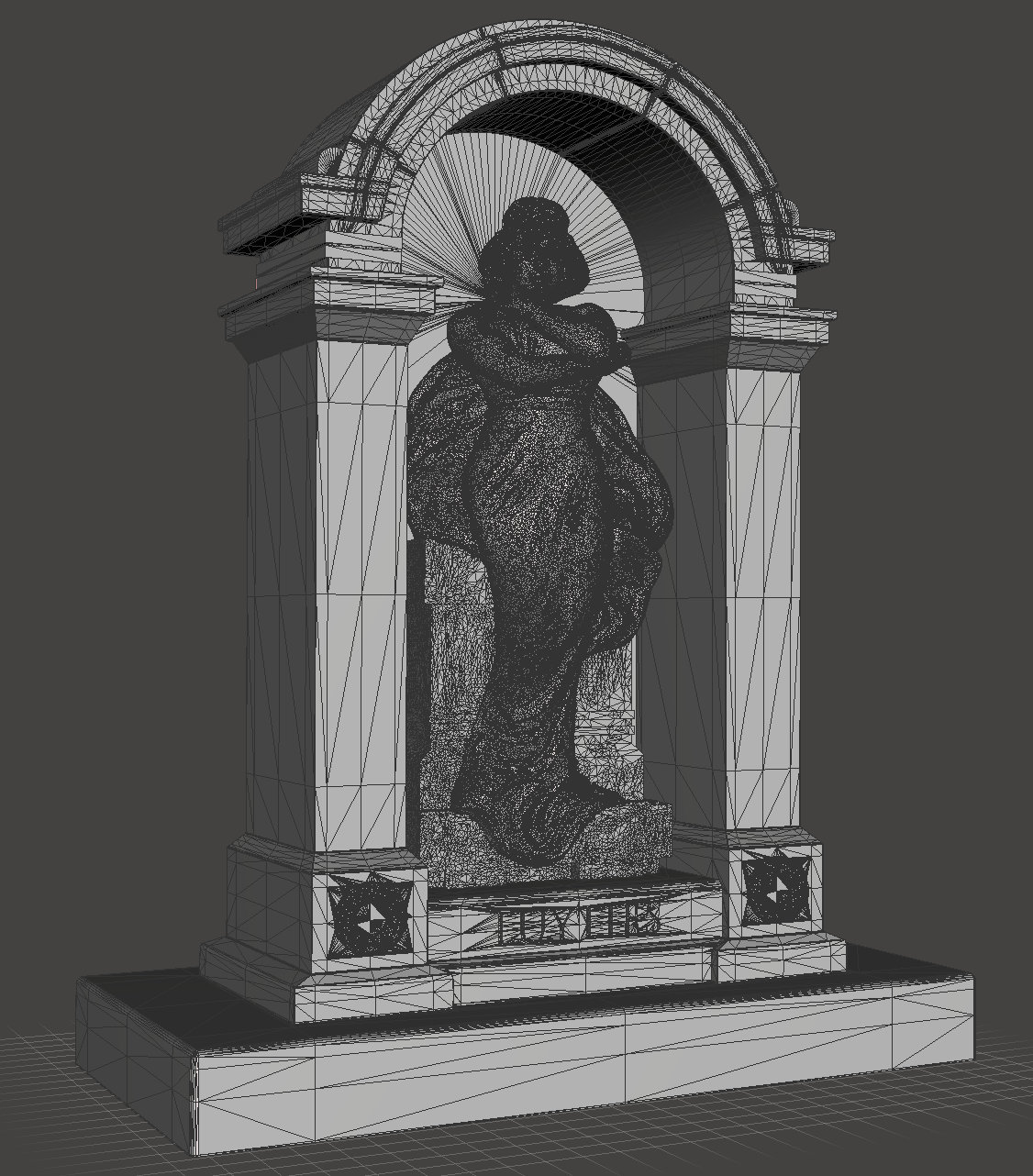 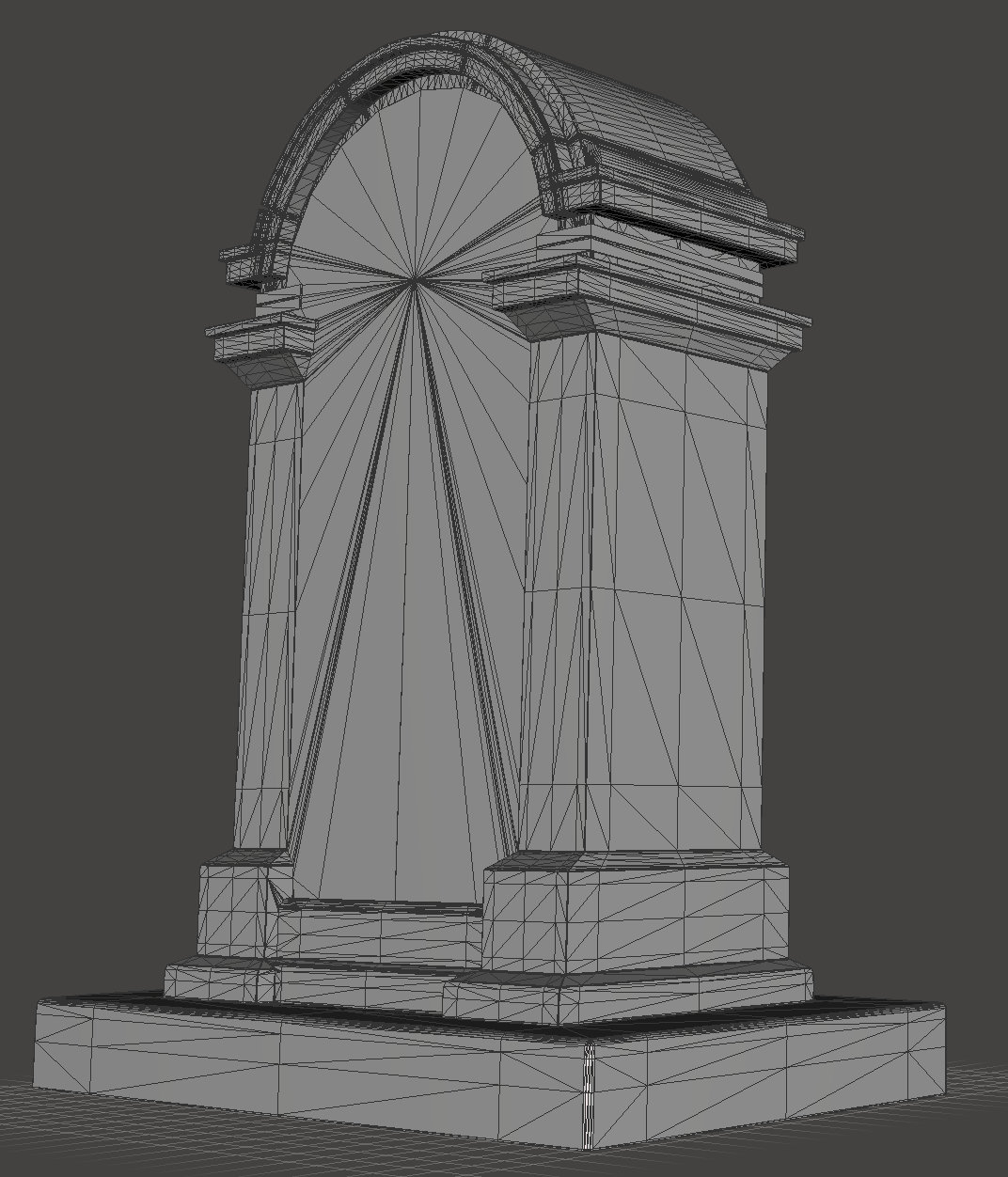 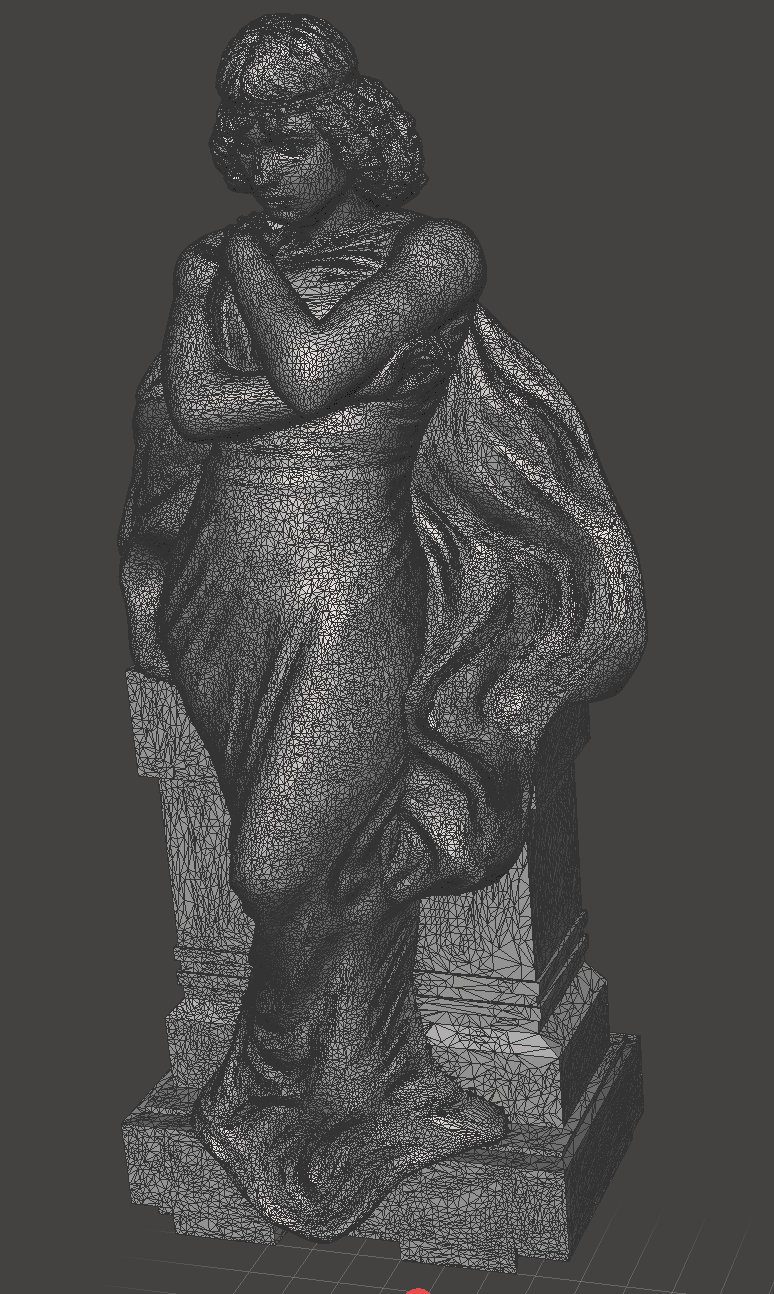 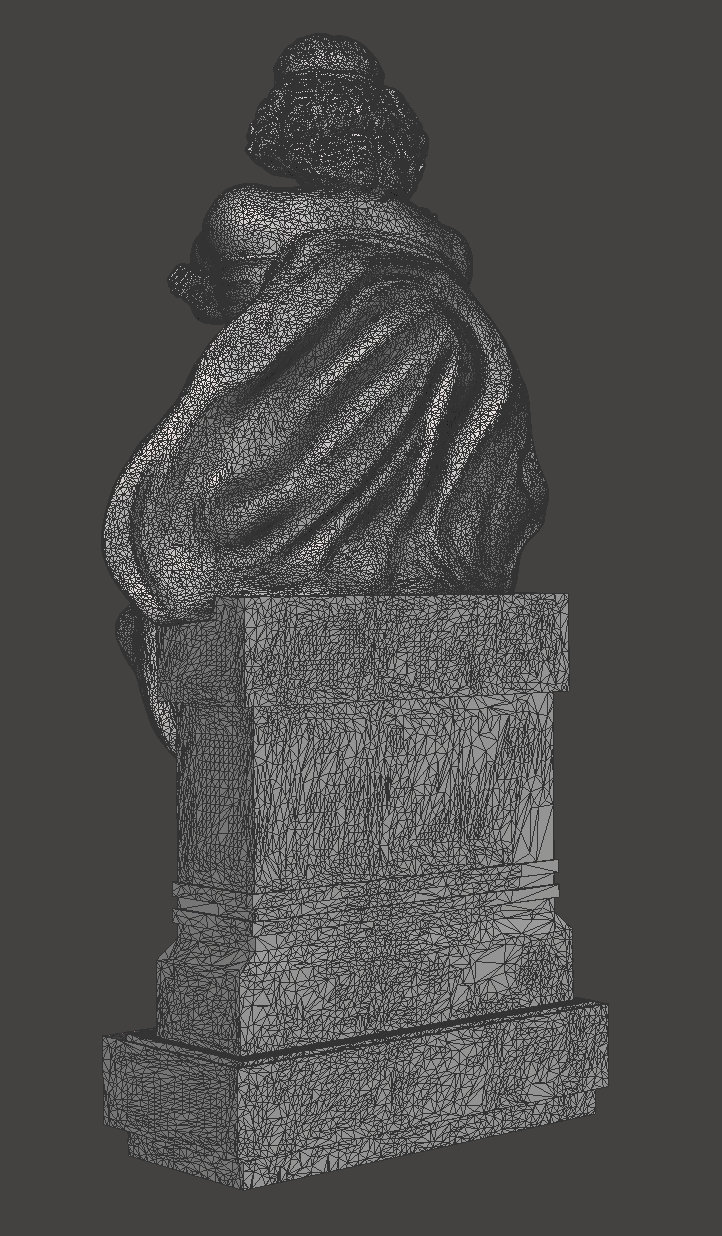 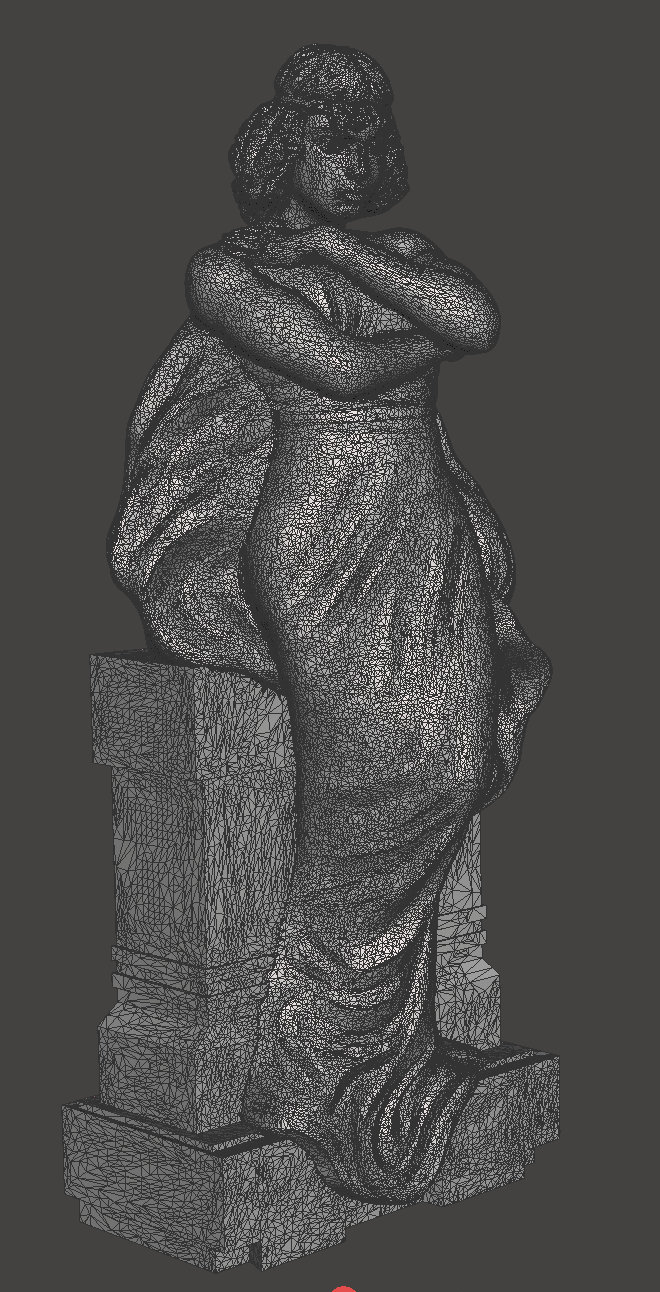 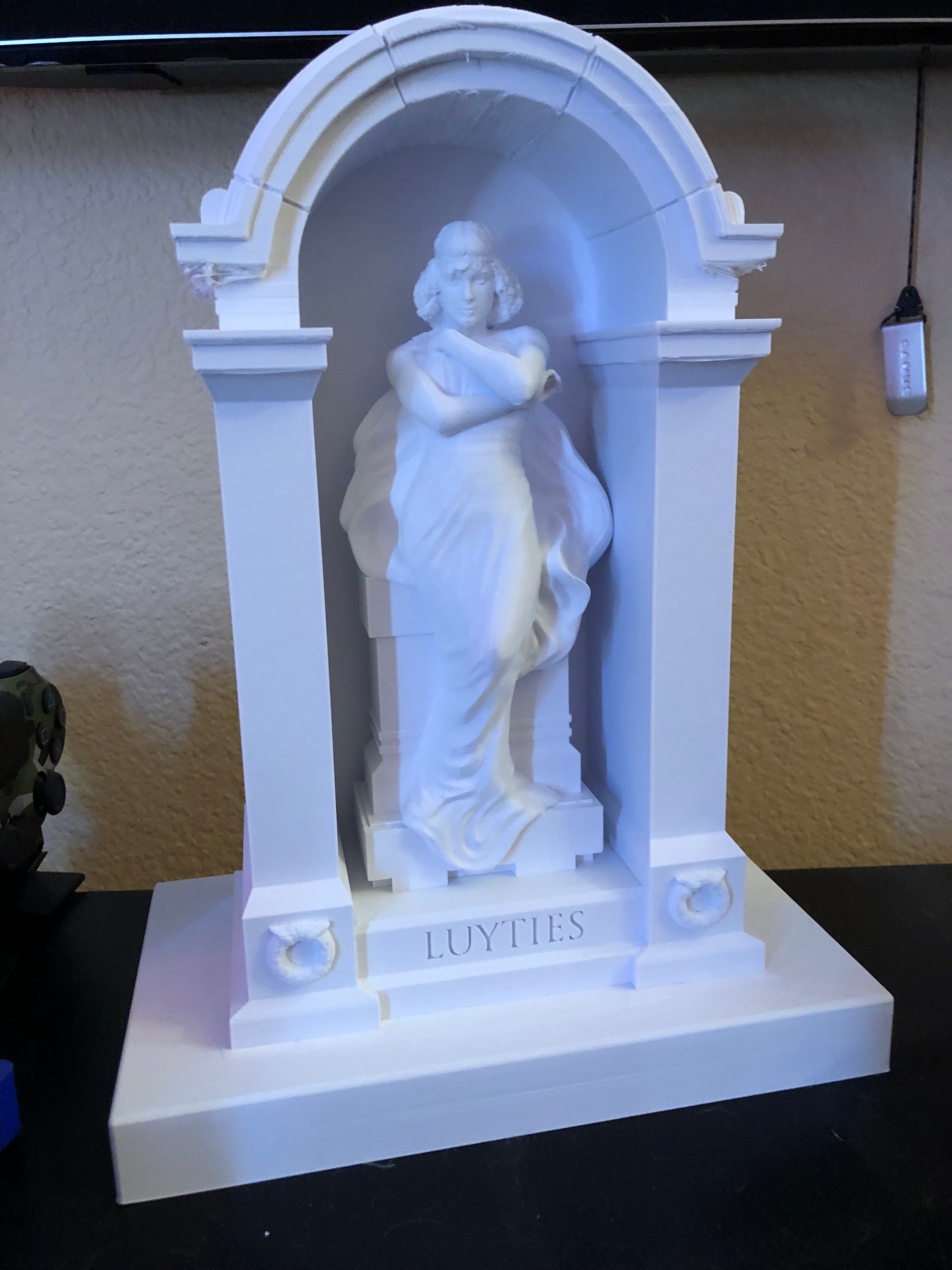 This is a 3D printable model of the Girl in the Shadow Box found at the Bellafontaine Cemetery in St. Louis, MD. At her feet lies the remains of Dr. Herman Luyties. The girl can be printed separately from her box, or together. All 3 variants are included in the download (Arch, Girl, Both). This model was expertly sculpted using stills from the monument, and has been test printed on both CR-10 and Prusa class desktop 3D printers. 100% error free and very detailed/textured.

When the Homeopathic Medical College of Missouri was established in St. Louis in 1857, Luyties Pharmacal Company became the primary resource for homeopathy across the country. Dr. Luyties worked diligently on formulating combination tablets for specific ailments which would make it easier for his patients to care for their own self-treatable conditions, especially for patients traveling or living too far out for him to reach them quickly.

After receiving the 1904 World Fair's Grand Prize of Medicine for the superior Purity, Accuracy and Quality of Luyties Homeopathic Remedies, August Luyties, (Herman's son) built a much needed factory-sized building for Luyties. In 1910 manufacturing moved to its current building.

Luyties has been a much-loved family business ever since it began. This long history helps explain our wide product line, our loyal customer base, our family heritage and our commitment to classical homeopathy.

Luyties has fostered the art and science of manufacturing homeopathic remedies and remained steadfast to homeopathic principles through the trials and hardships homeopathy has endured to reach today's level of acceptance and popularity.

During a trip to Italy in the early 1900s, Herman Luyties, owner of the first proprietary drug store in St. Louis, met a voluptuous model for an Italian sculptor. He fell in love with her and proposed, but she declined. Heartbroken, Luyties commissioned the sculptor to render a 12-foot marble statue of his beloved.

The statue was shipped to St. Louis, where he kept it in the foyer of his Portland Place home. The several-ton statue was moved, because of its extreme weight, to the family burial plot in Bellefontaine. When the weather began to deteriorate the marble, he had to enclose her in a glass-fronted case. Luyties died at age 50 and was buried at the foot of “the girl in the shadow box.”

License: These are for personal use only, please do not distribute the files or the guides without my permission. Please do not sell copies without contacting me before purchase.

Terms: No refunds will be given under any circumstances.

Your files will be available to download once payment is confirmed.