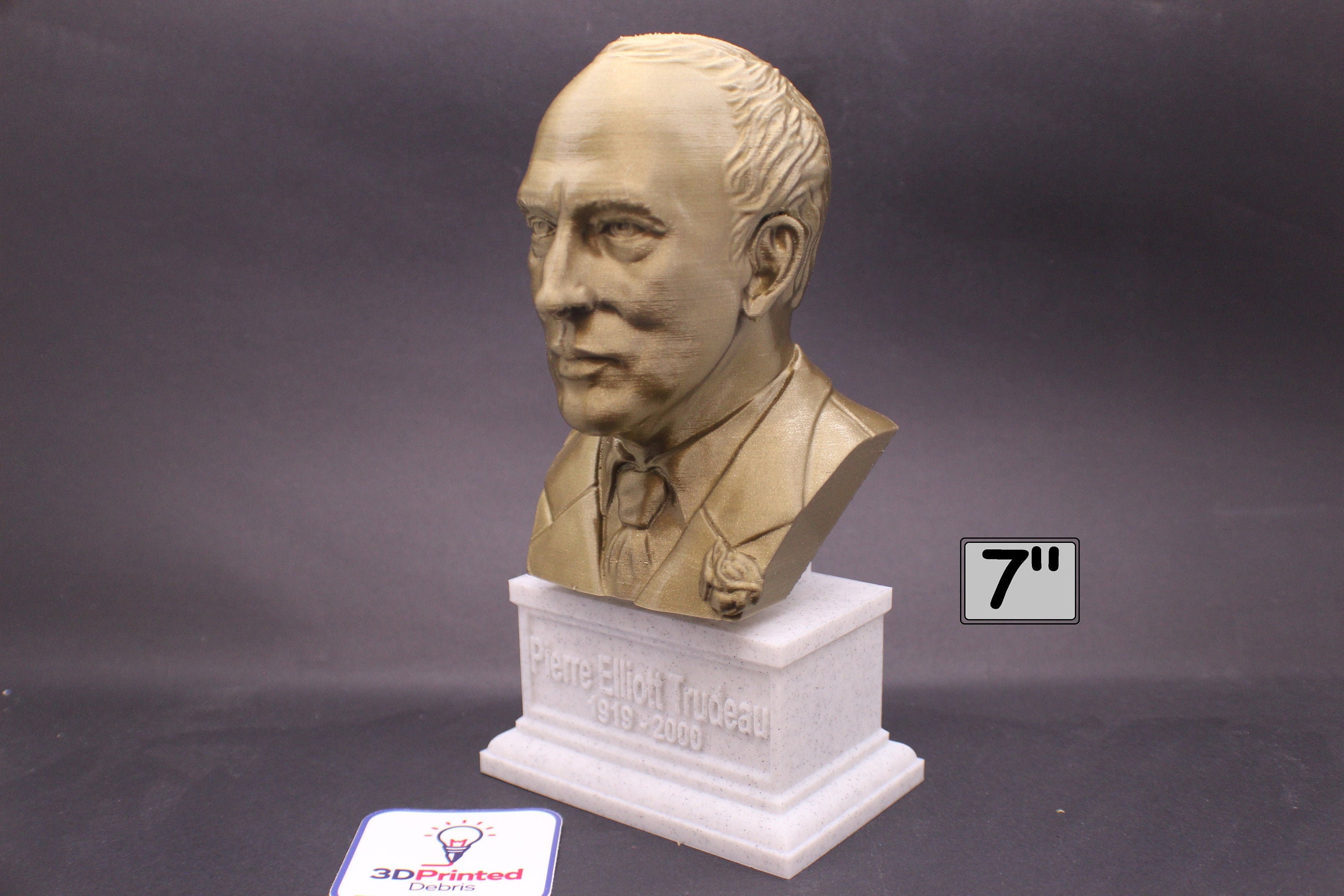 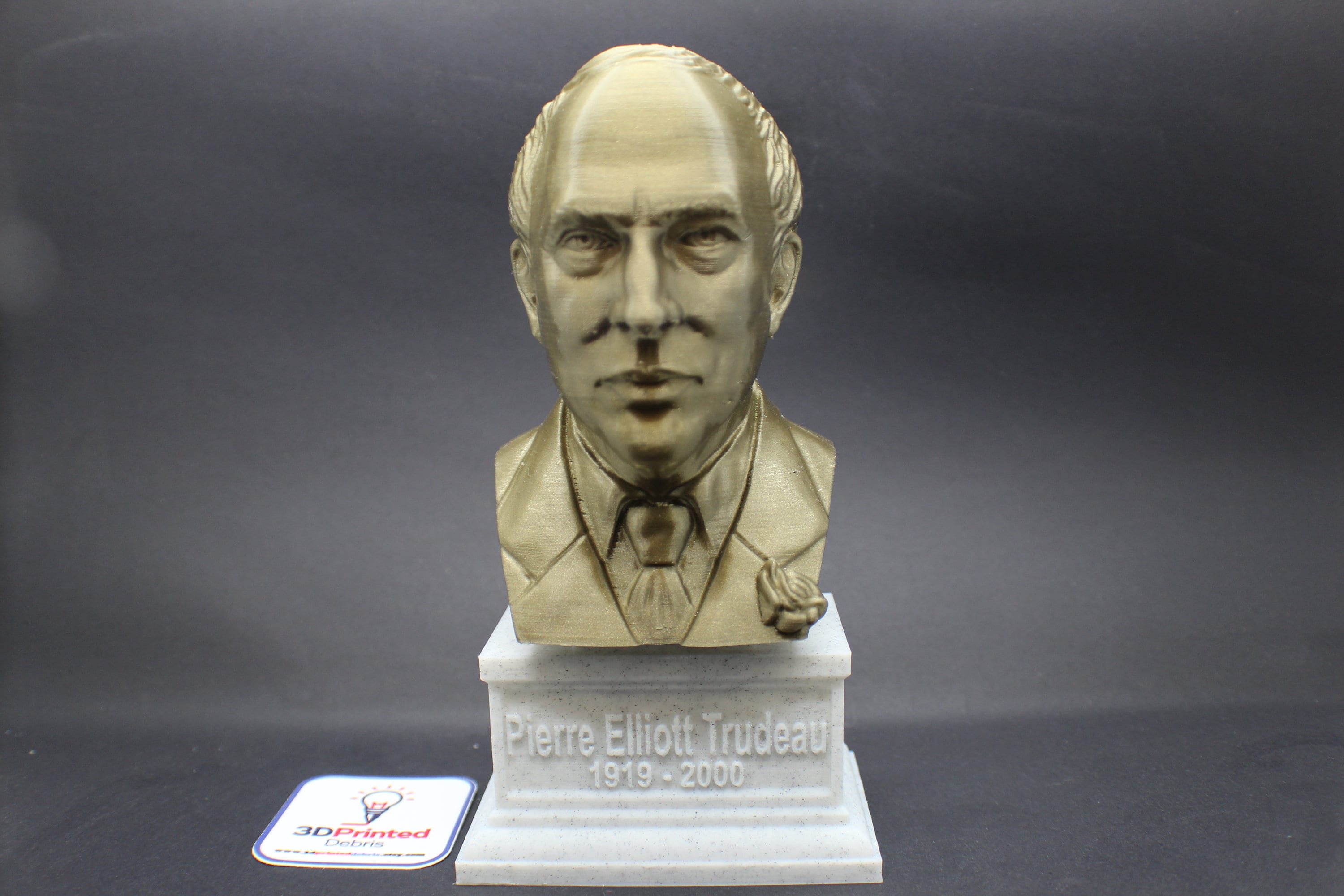 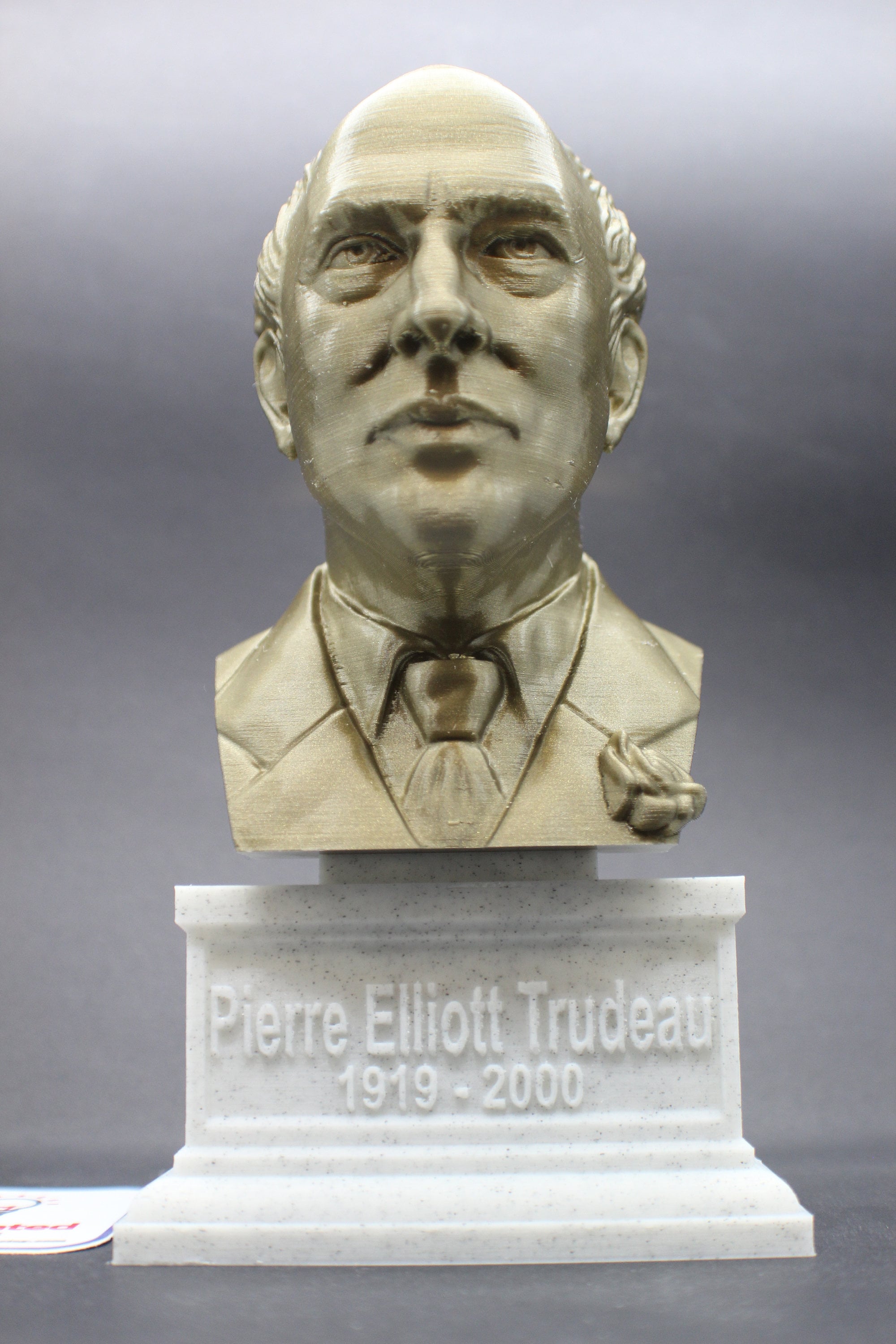 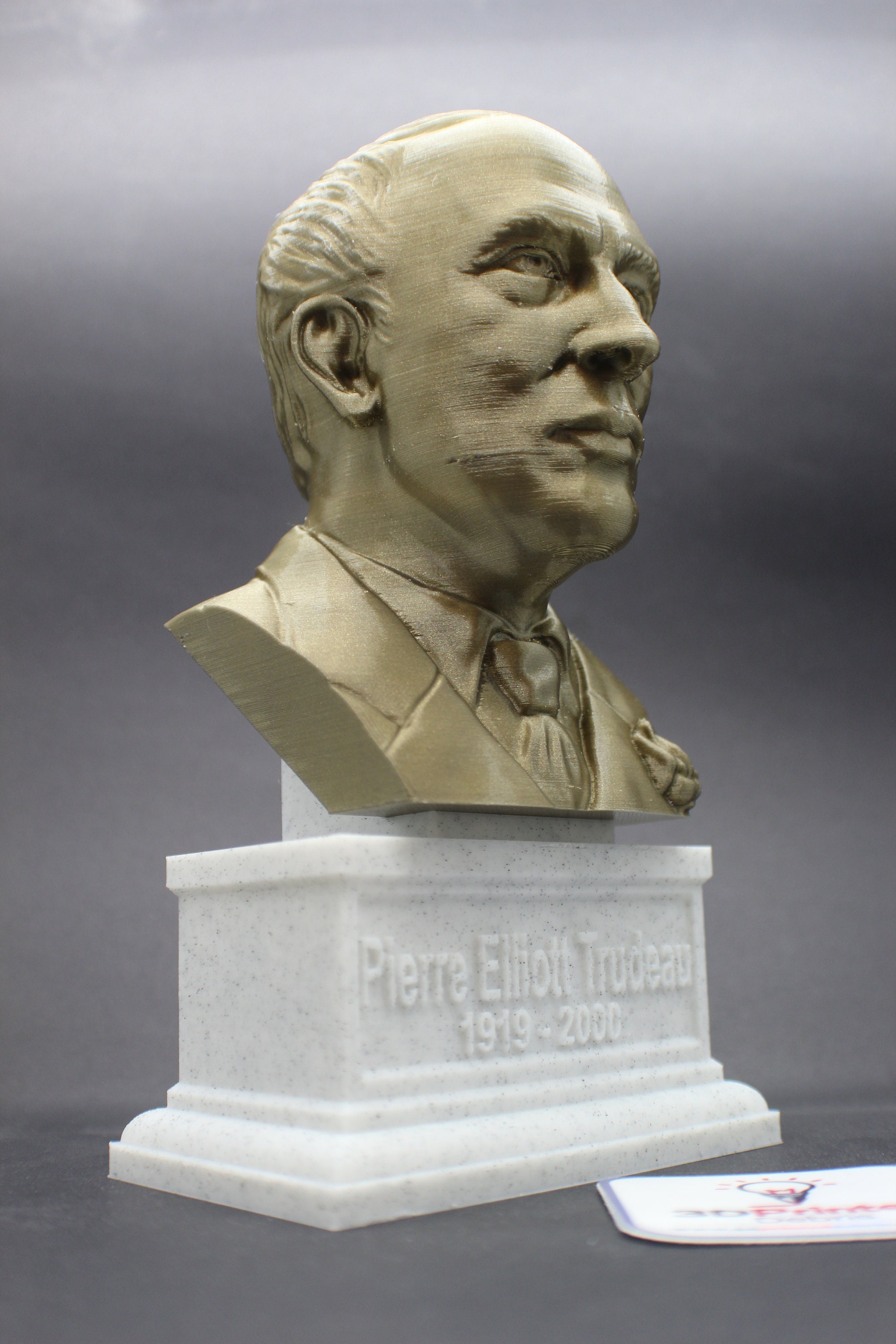 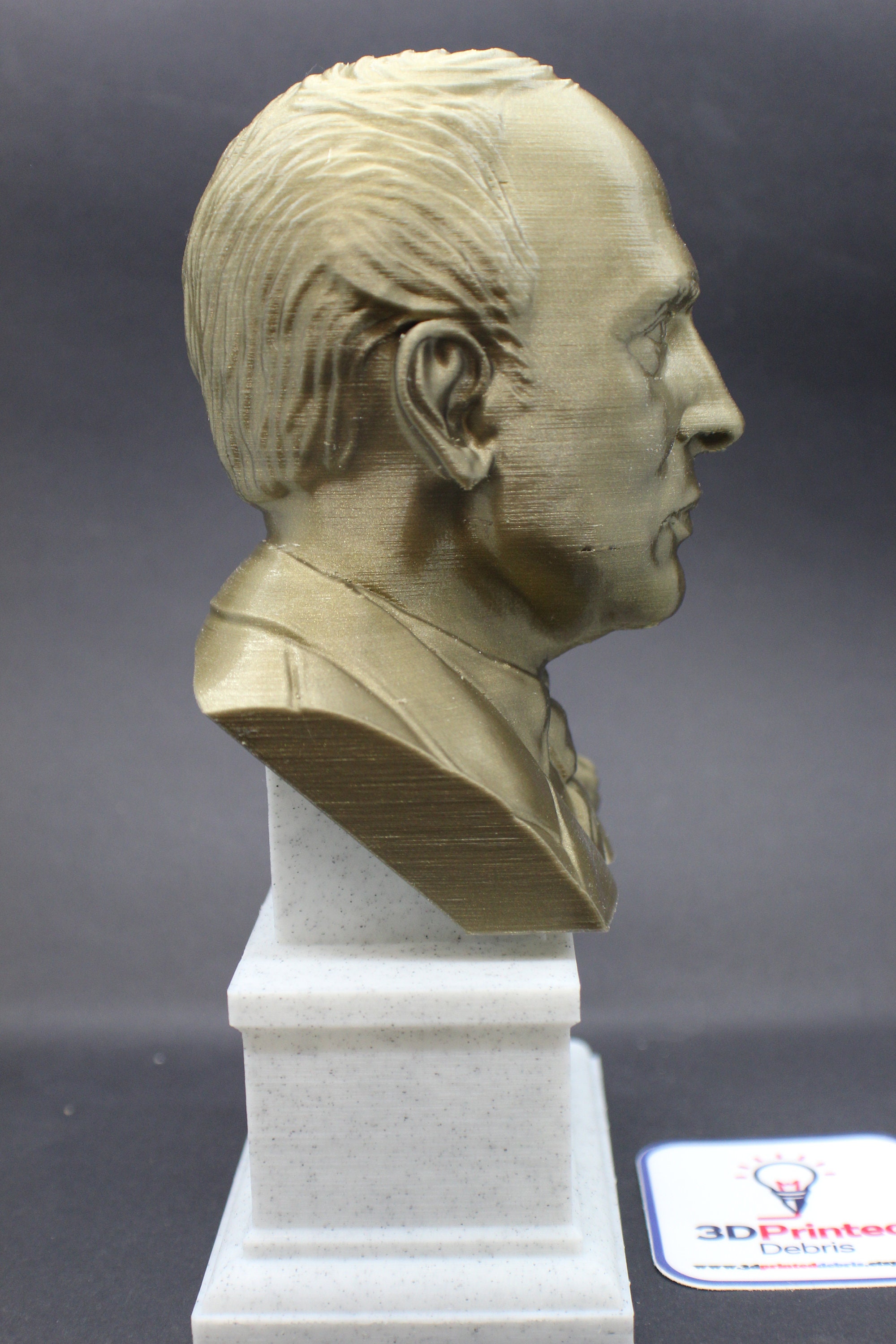 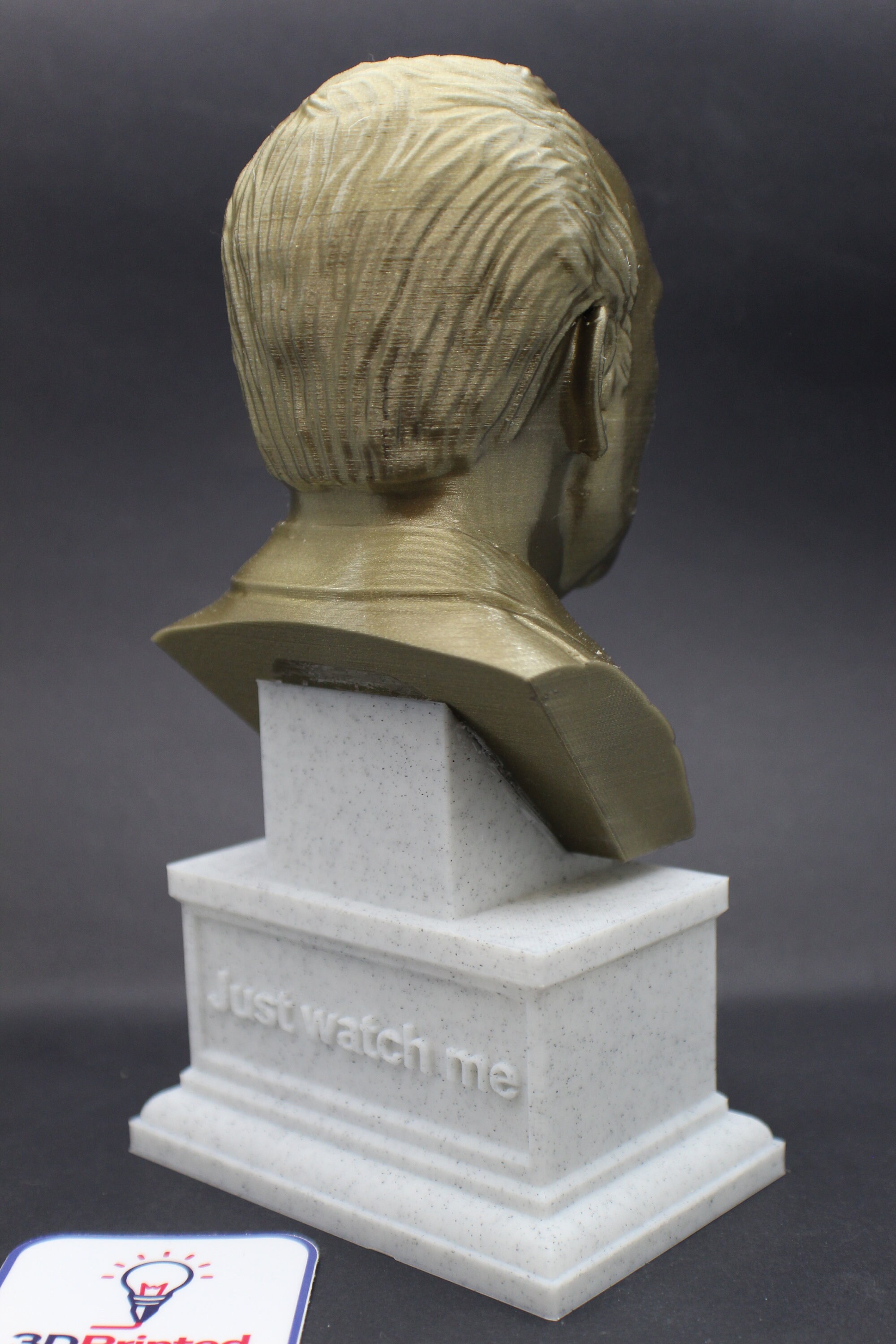 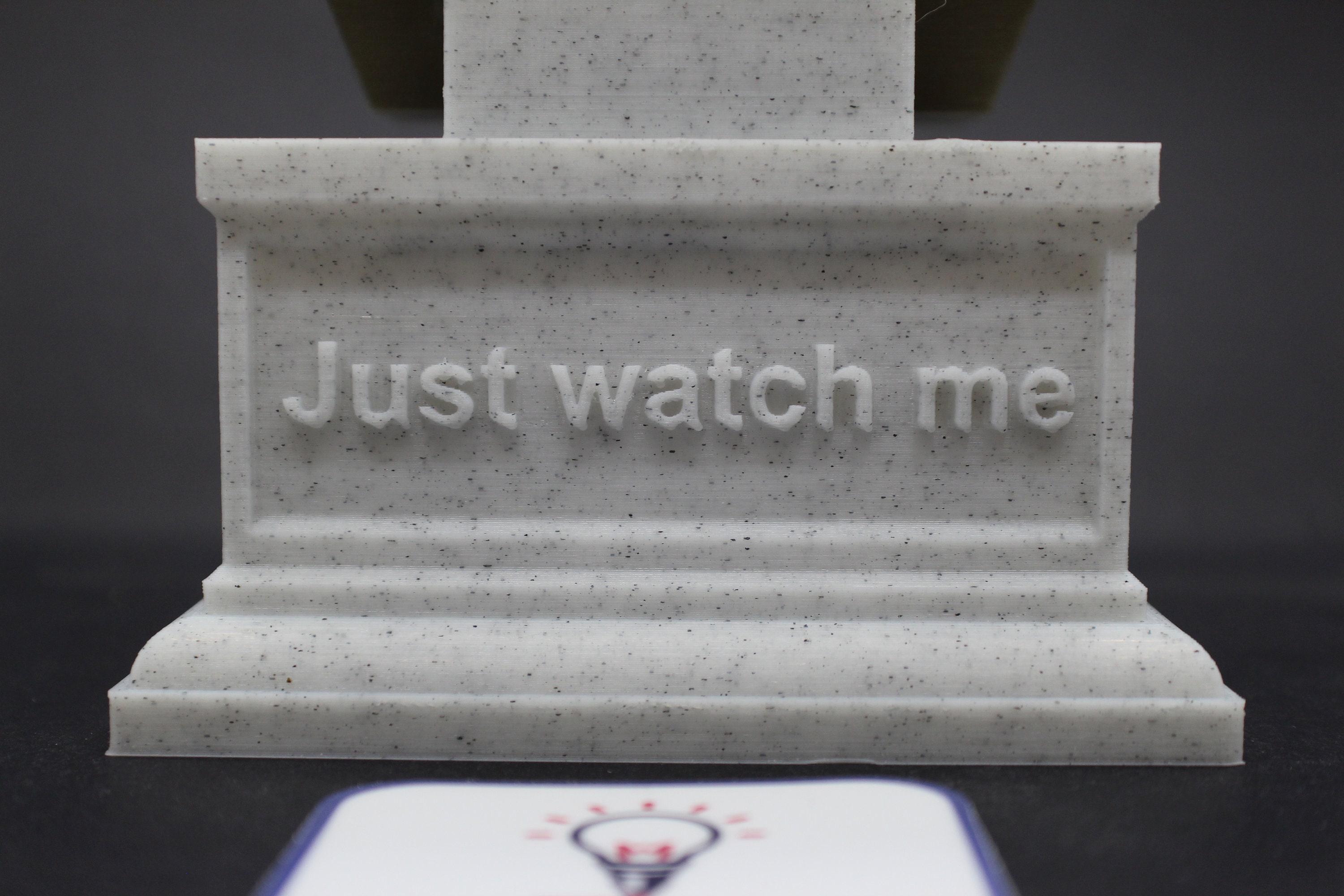 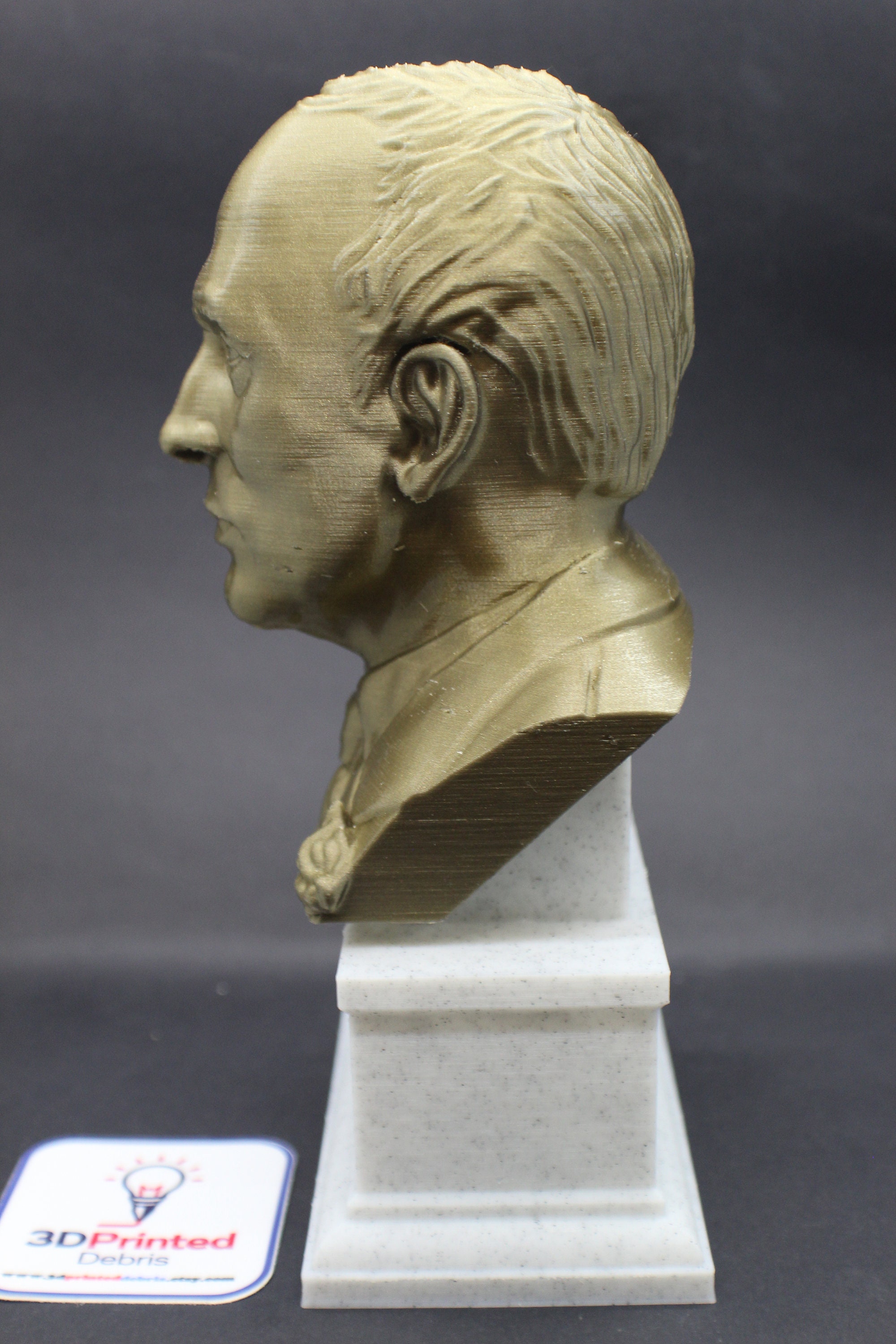 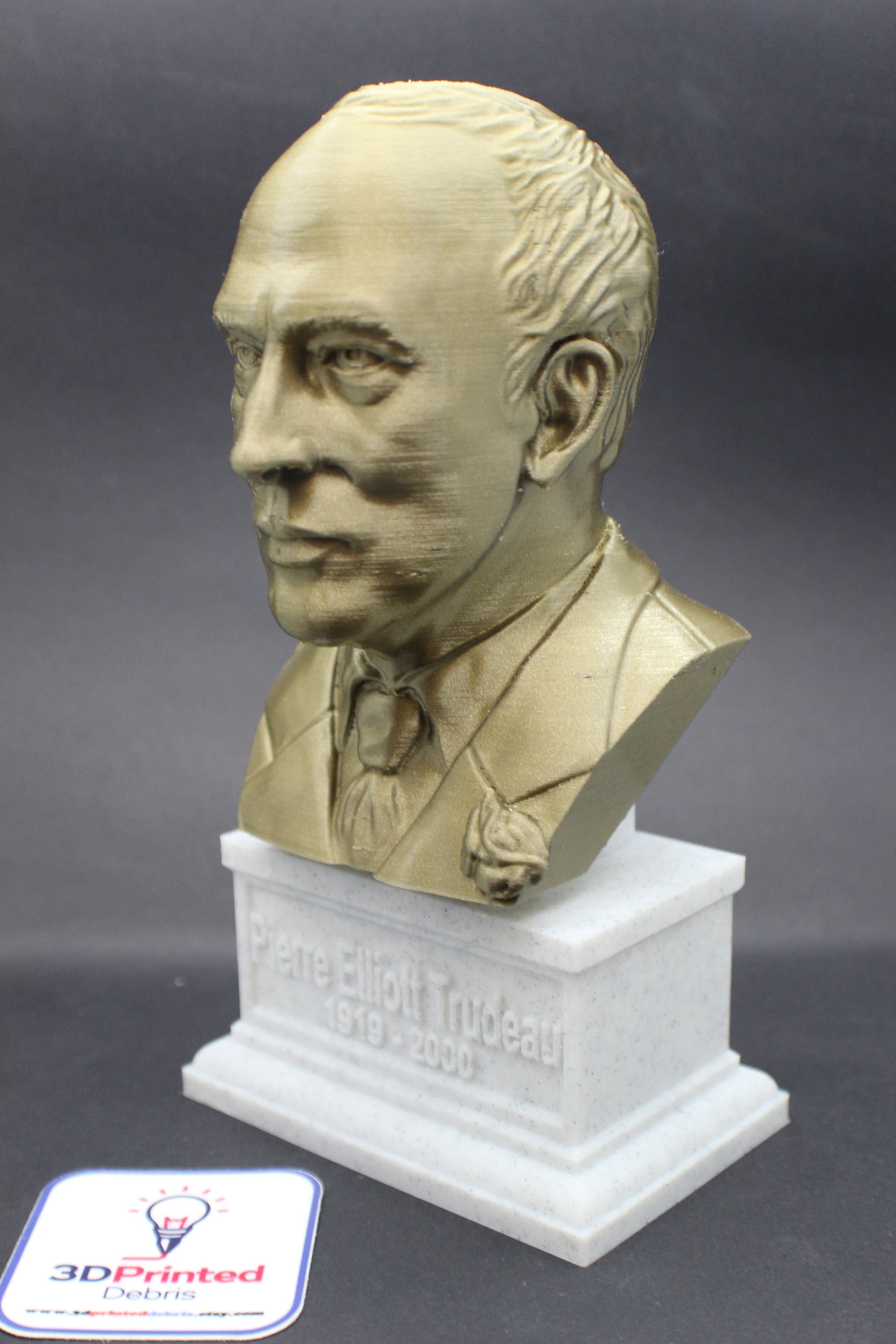 This 3D printed bust of Pierre Trudeau (PET) 15th Canadian Prime Minister. It has his trademark rose on his lapel. This one is printed in a marble and bronze PLA, giving it a realistic stone look and a surprise whenever someone picks it up to discover it's actual weight. It is more durable than alabaster or plaster, and is washable with lukewarm soapy water for easy spring cleaning. It comes on a custom plinth that has his lifetime on the front, and the quote:

Trudeau rose to prominence as a lawyer, intellectual, and activist in Quebec politics. In the 1960s he entered federal politics by joining the Liberal Party of Canada. He was appointed as Lester B. Pearson's Parliamentary Secretary and later became his Minister of Justice. Trudeau became a media sensation, inspiring "Trudeaumania", and took charge of the Liberals in 1968. From the late 1960s until the mid-1980s, his personality dominated the political scene to an extent never before seen in Canadian political life. Despite his personal motto, "Reason before passion", his personality and political career aroused polarizing reactions throughout Canada.

Admirers praise what they consider to be the force of Trudeau's intellect and his political acumen, maintaining national unity over the Quebec sovereignty movement, suppressing a Quebec terrorist crisis, fostering a pan-Canadian identity, and in achieving sweeping institutional reform, including the implementation of official bilingualism, patriation of the Constitution, and the establishment of the Charter of Rights and Freedoms. Critics accuse him of arrogance, of economic mismanagement, and of unduly centralizing Canadian decision-making to the detriment of the culture of Quebec and the economy of the Prairies. He retired from politics in 1984, and John Turner succeeded him.

His eldest son, Justin Trudeau, became the 23rd and current Prime Minister as a result of the 2015 federal election and is the first prime minister of Canada to be a descendant of a former prime minister.