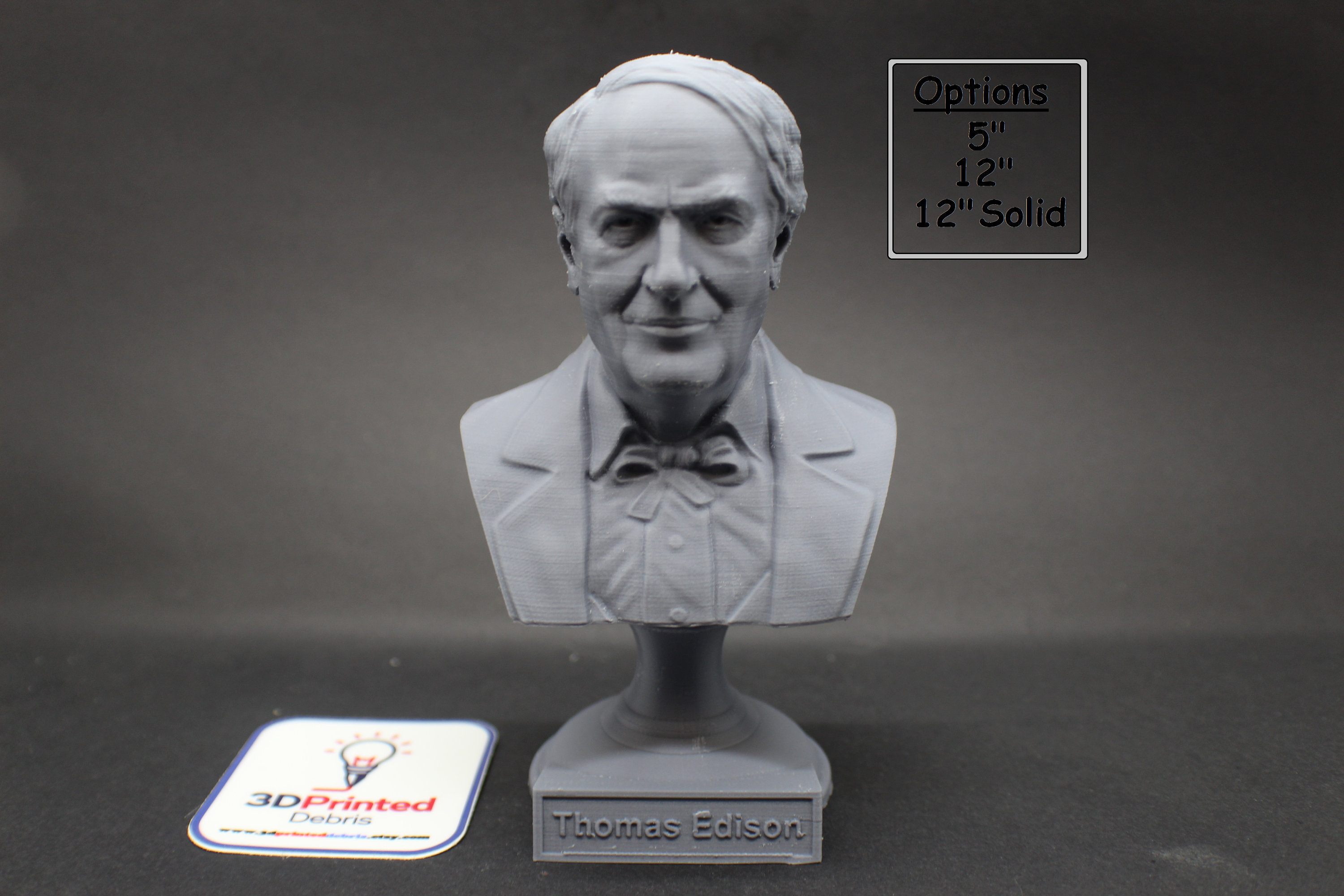 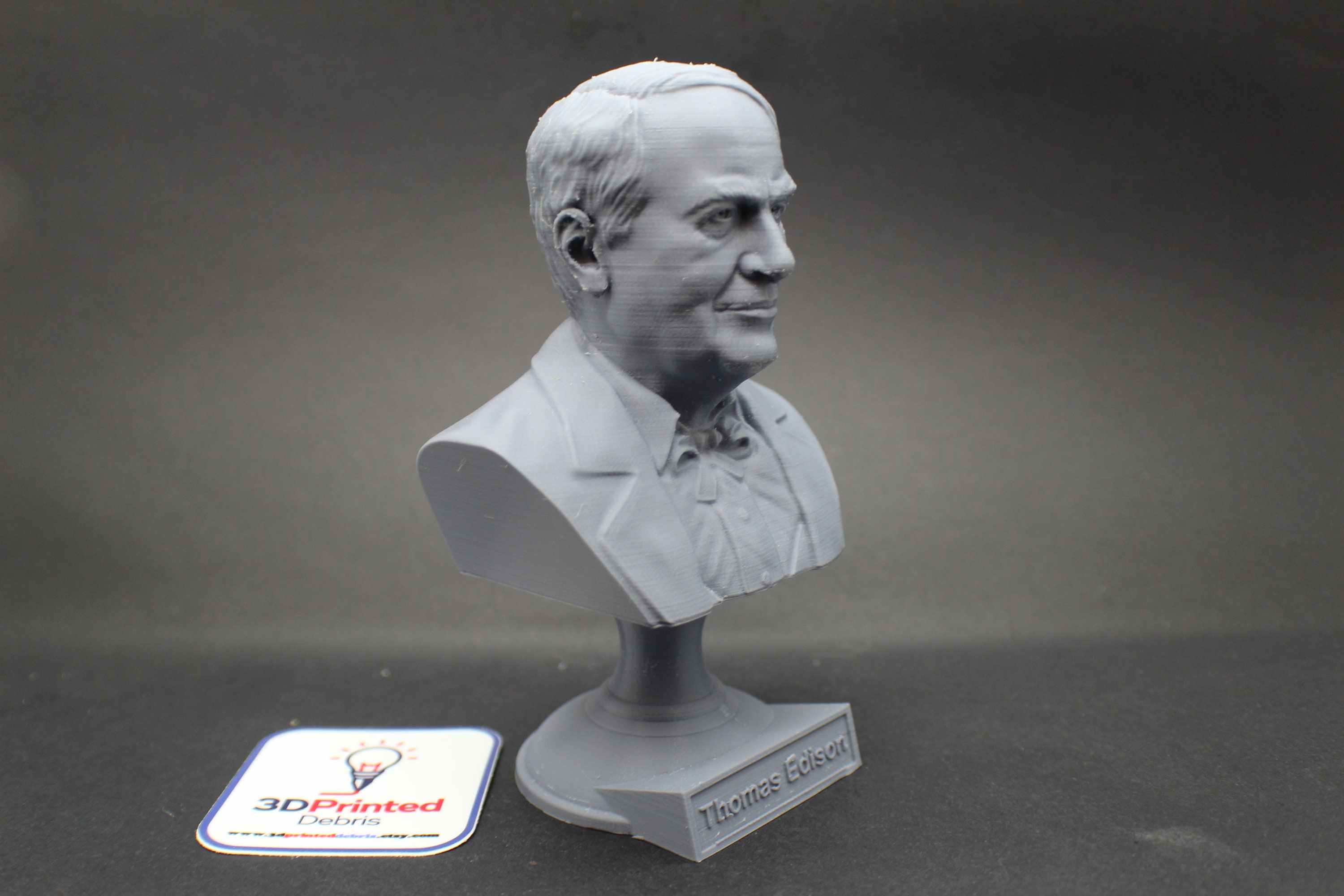 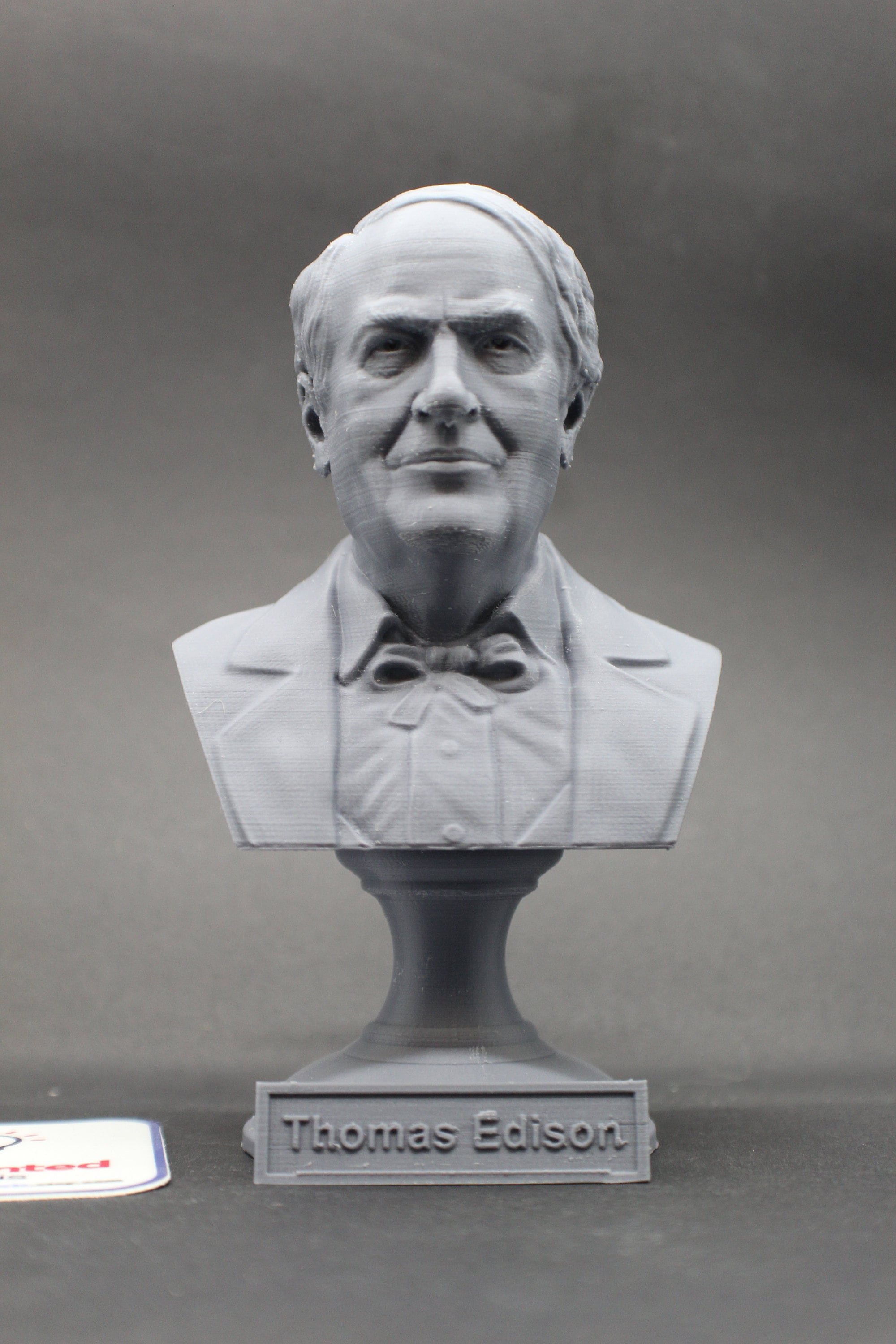 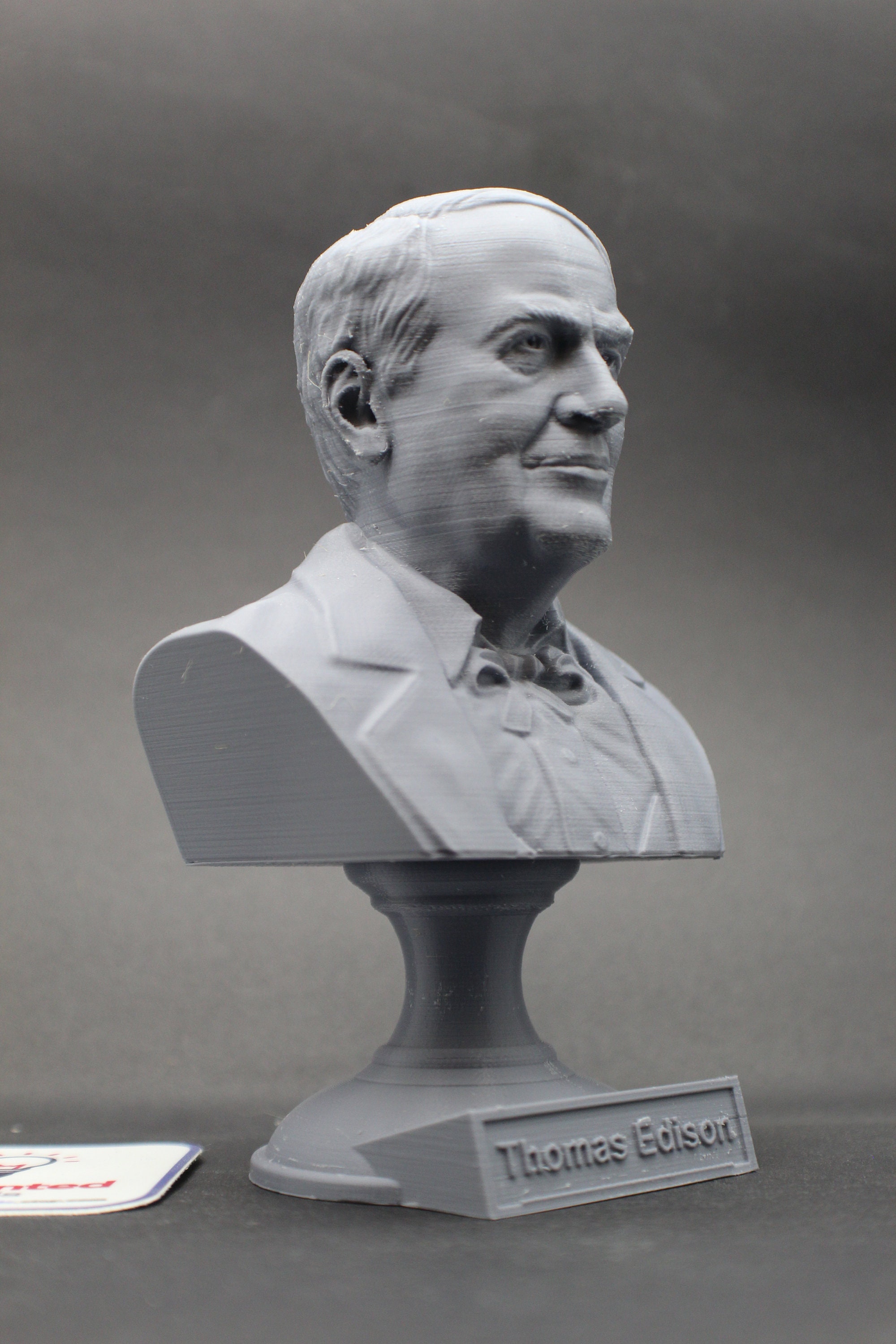 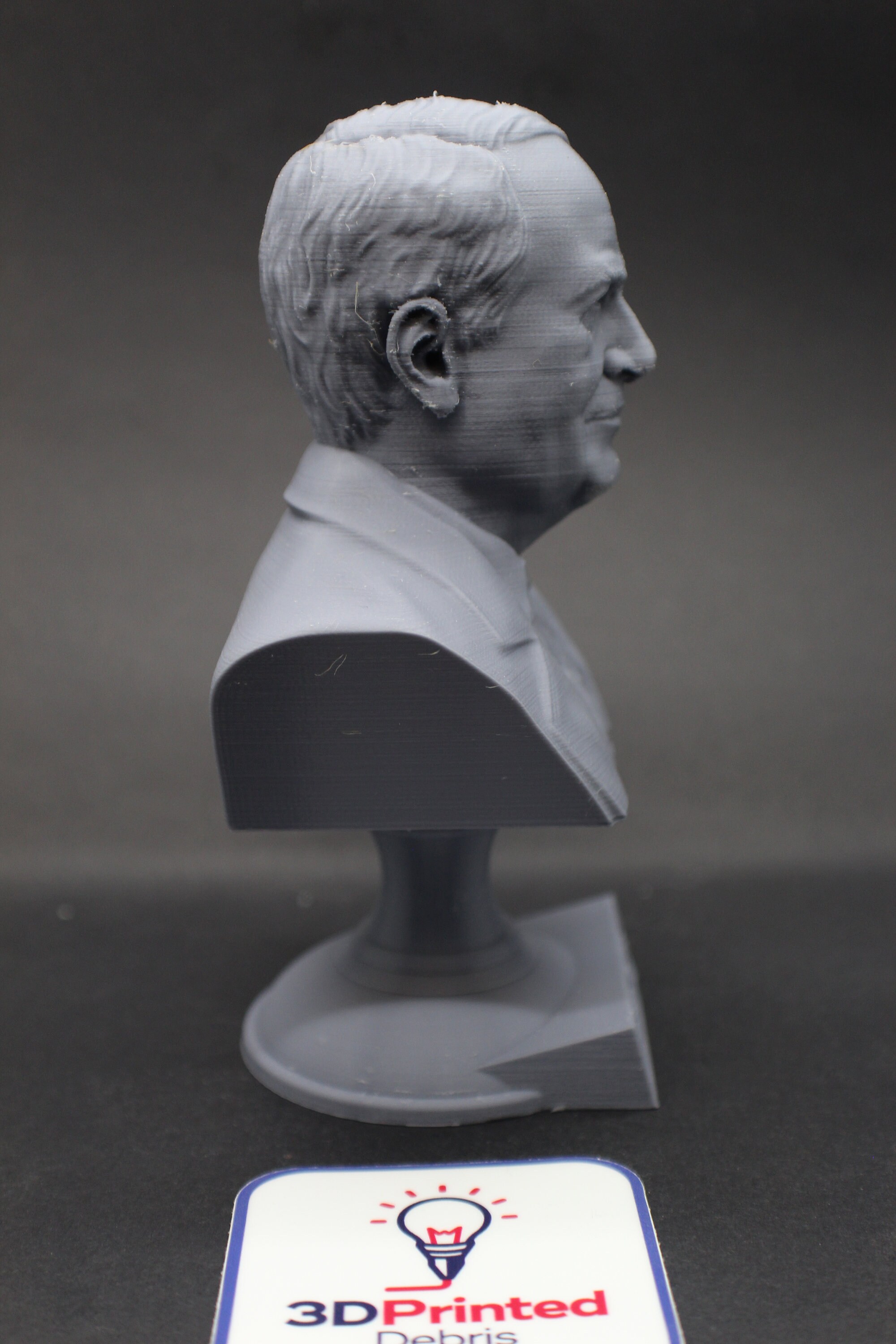 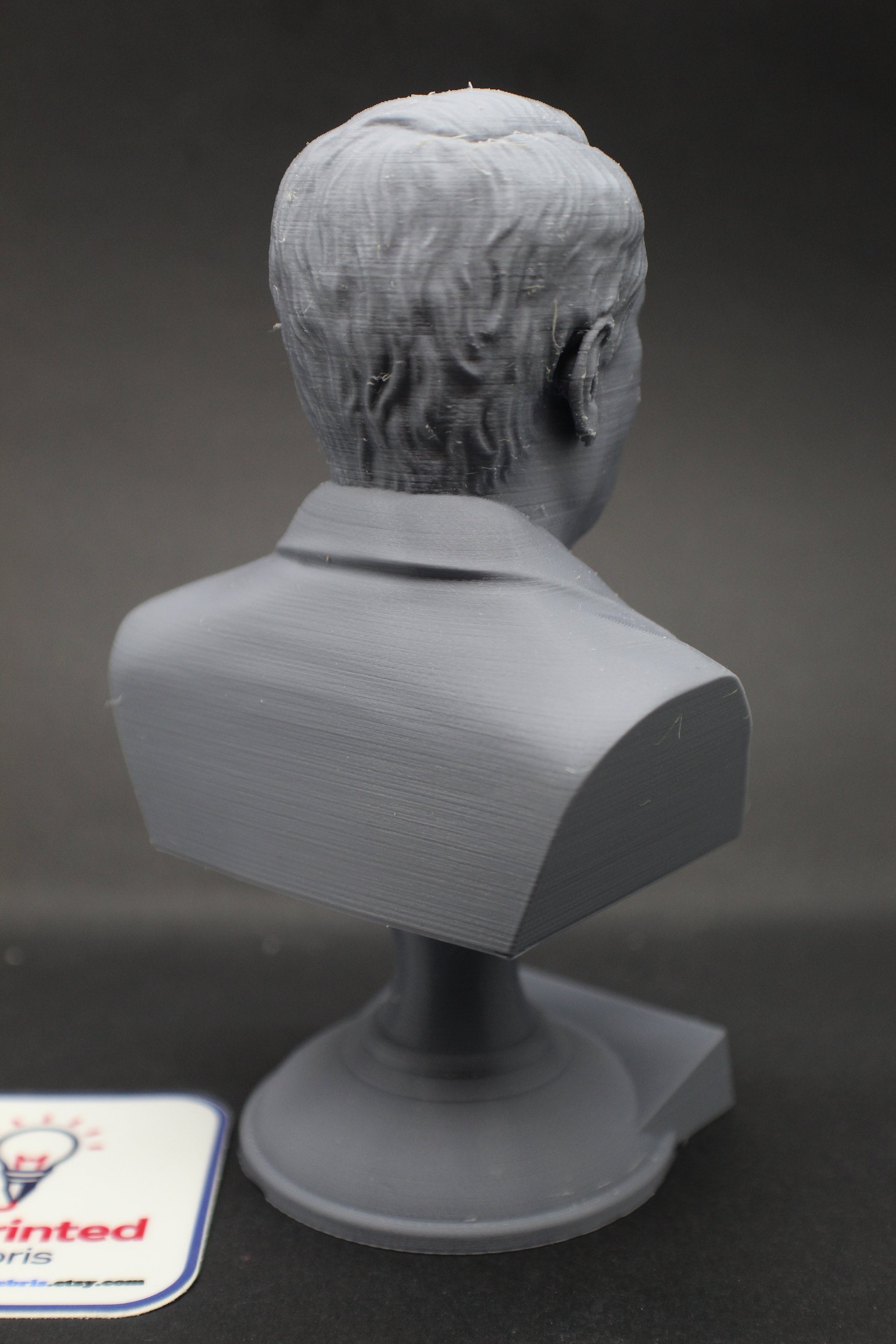 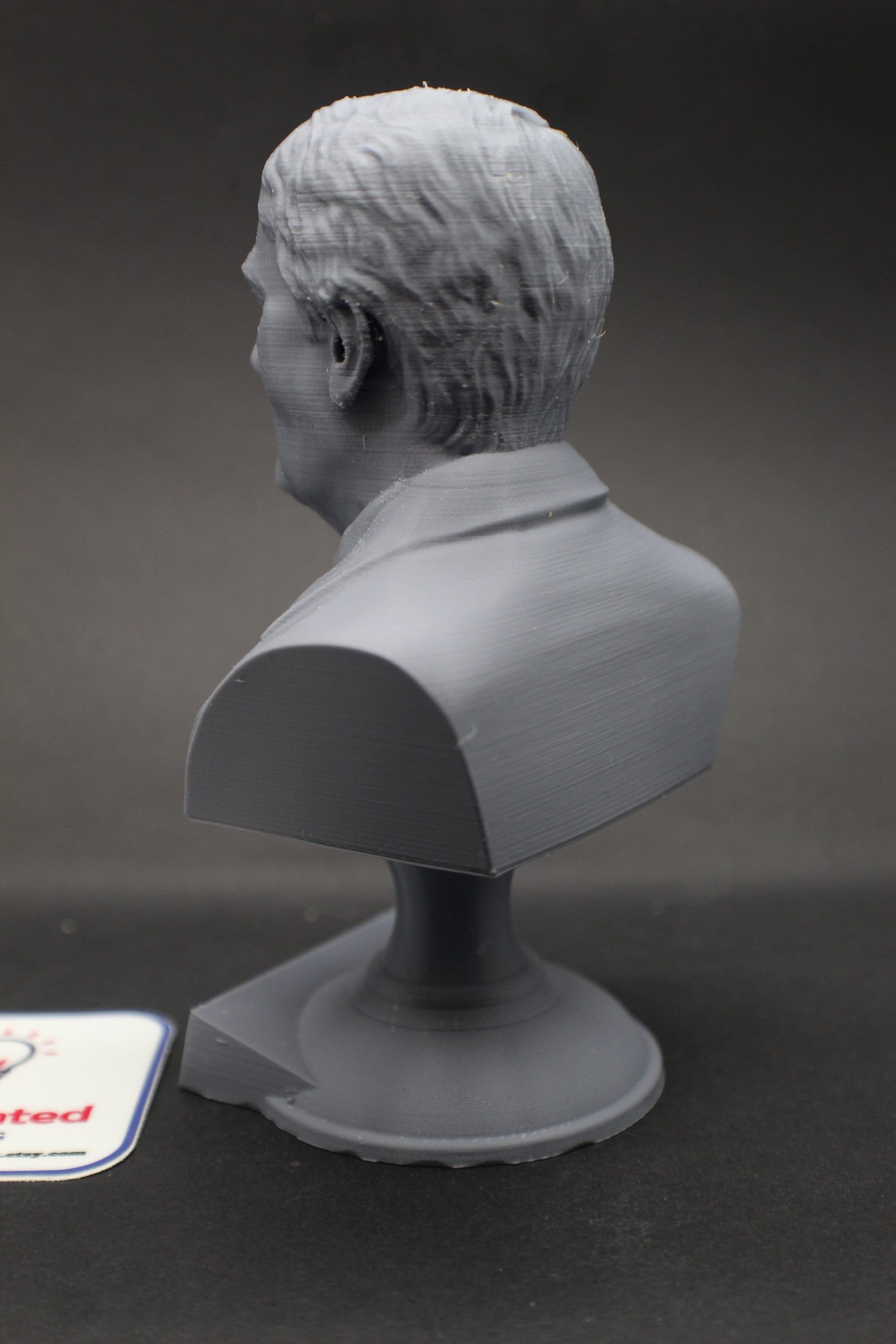 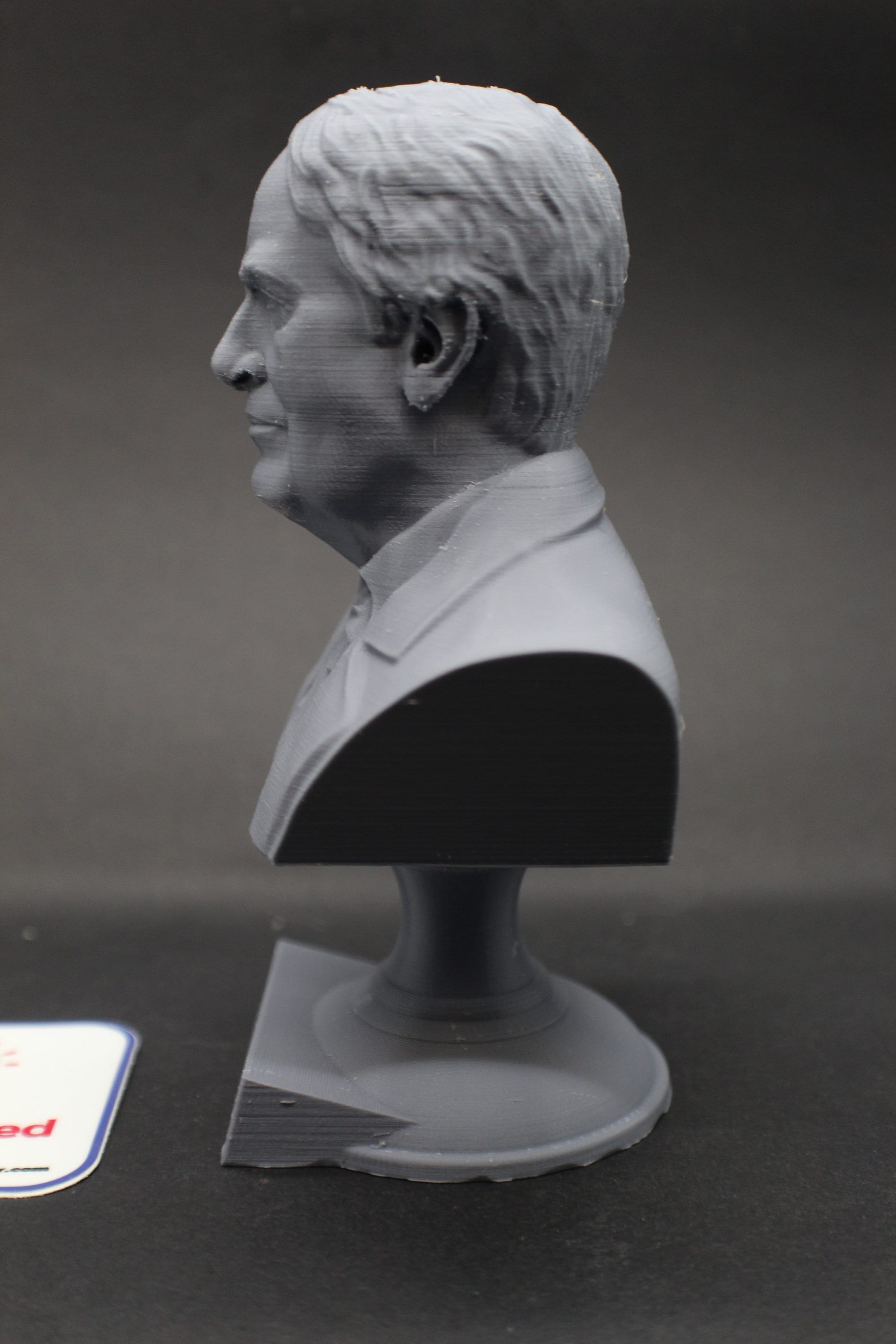 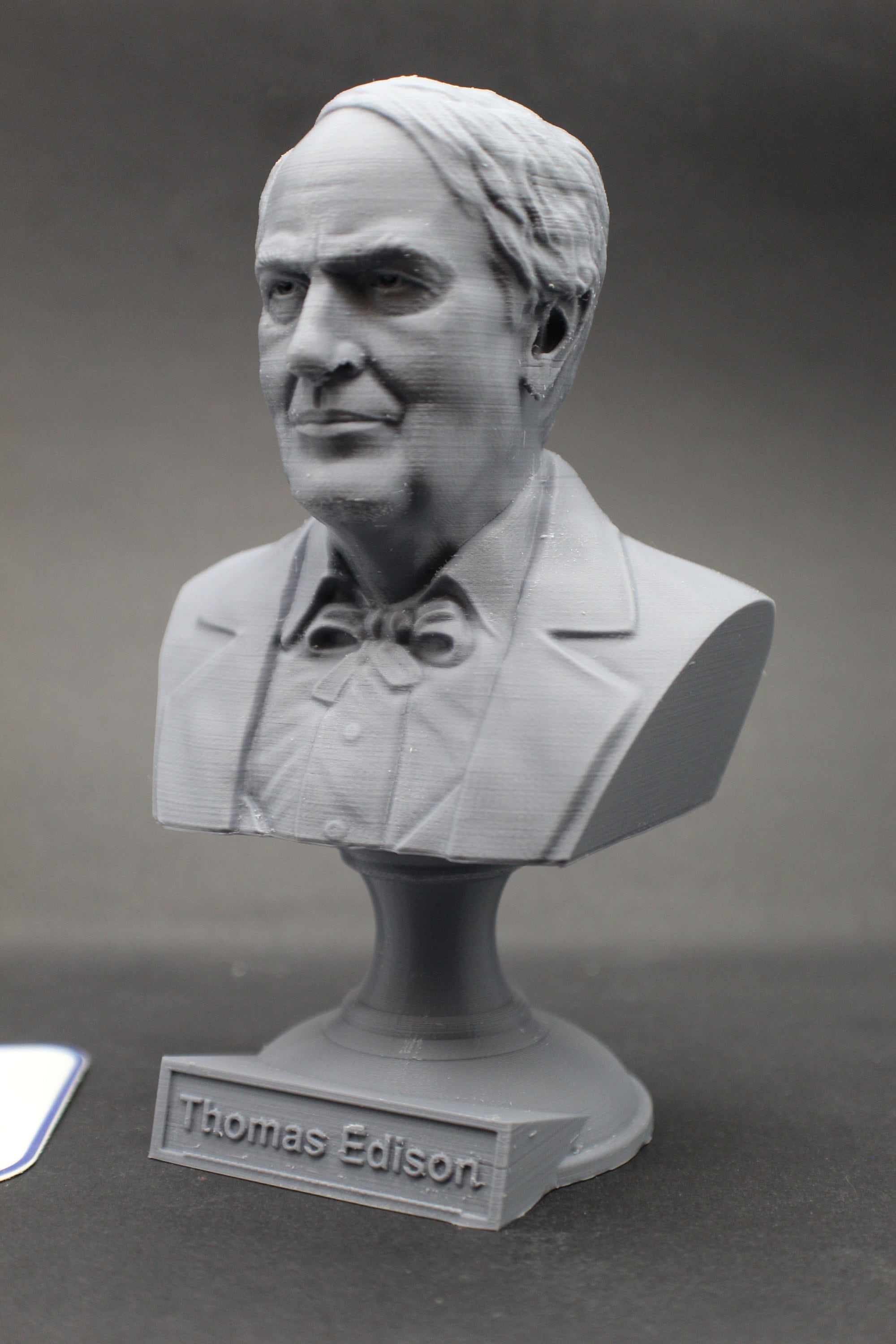 This 3D printed bust of Thomas Edison Famous American Inventor and Businessman. It is more durable than alabaster or plaster, and is washable with lukewarm soapy water for easy spring cleaning. It comes on a custom plinth that has his name on the front.

Thomas Alva Edison (February 11, 1847 – October 18, 1931) was an American inventor and businessman, who has been described as America's greatest inventor. He is credited with developing many devices in fields such as electric power generation, mass communication, sound recording, and motion pictures. These inventions, which include the phonograph, the motion picture camera, and the long-lasting, practical electric light bulb, had a widespread impact on the modern industrialized world. He was one of the first inventors to apply the principles of mass production and teamwork to the process of invention, working with many researchers and employees. He is often credited with establishing the first industrial research laboratory.

Edison was raised in the American midwest and early in his career he worked as a telegraph operator, which inspired some of his earliest inventions. In 1876, he established his first laboratory facility in Menlo Park, New Jersey, where many of his early inventions would be developed. He would later establish a botanic laboratory in Fort Myers, Florida in collaboration with businessmen Henry Ford and Harvey Firestone, and a laboratory in West Orange, New Jersey that featured the world's first film studio, the Black Maria. He was a prolific inventor, holding 1,093 US patents in his name, as well as patents in other countries. Edison married twice and fathered six children. He died in 1931 of complications of diabetes.

very good image of Edison..well done and no problem with shipping