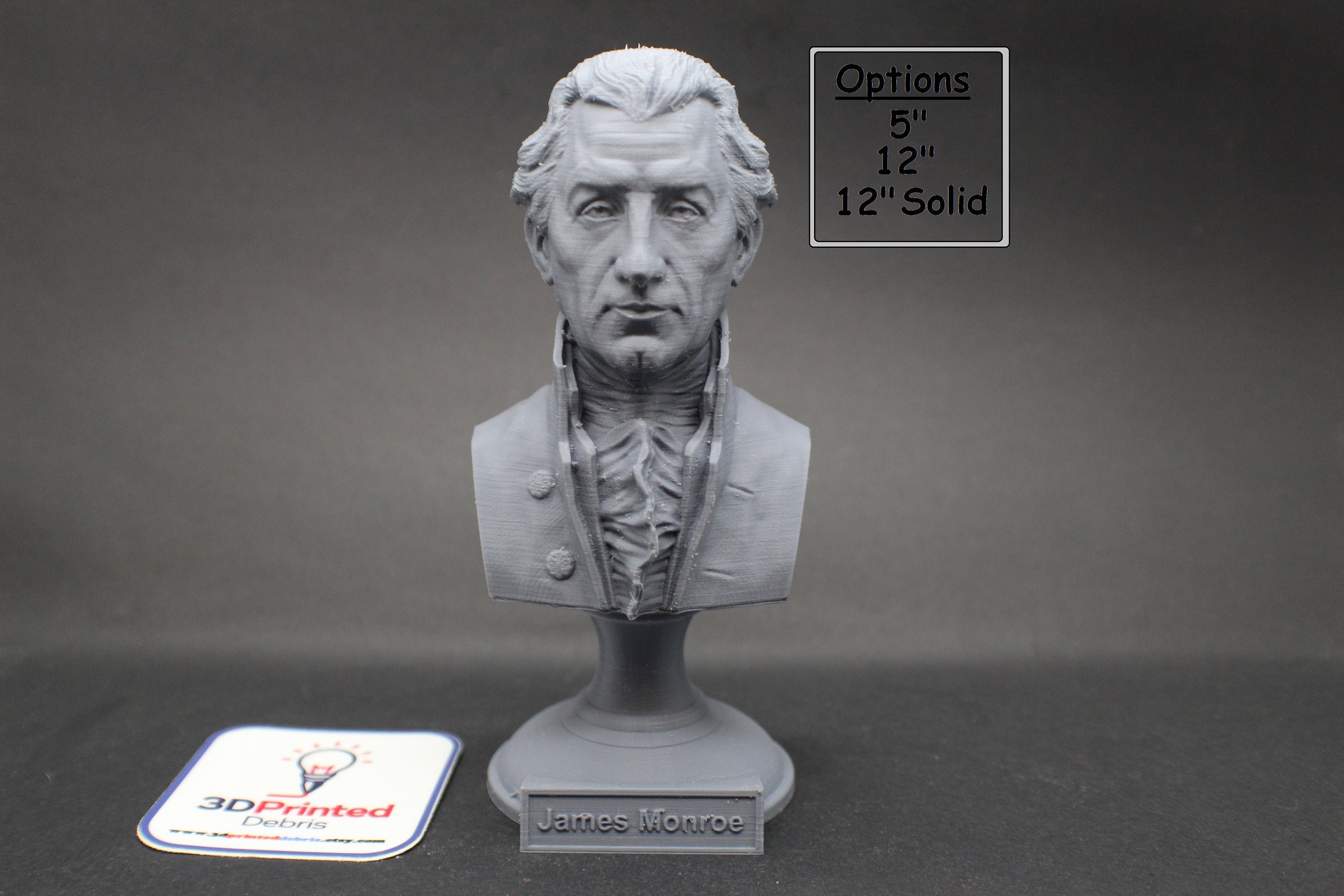 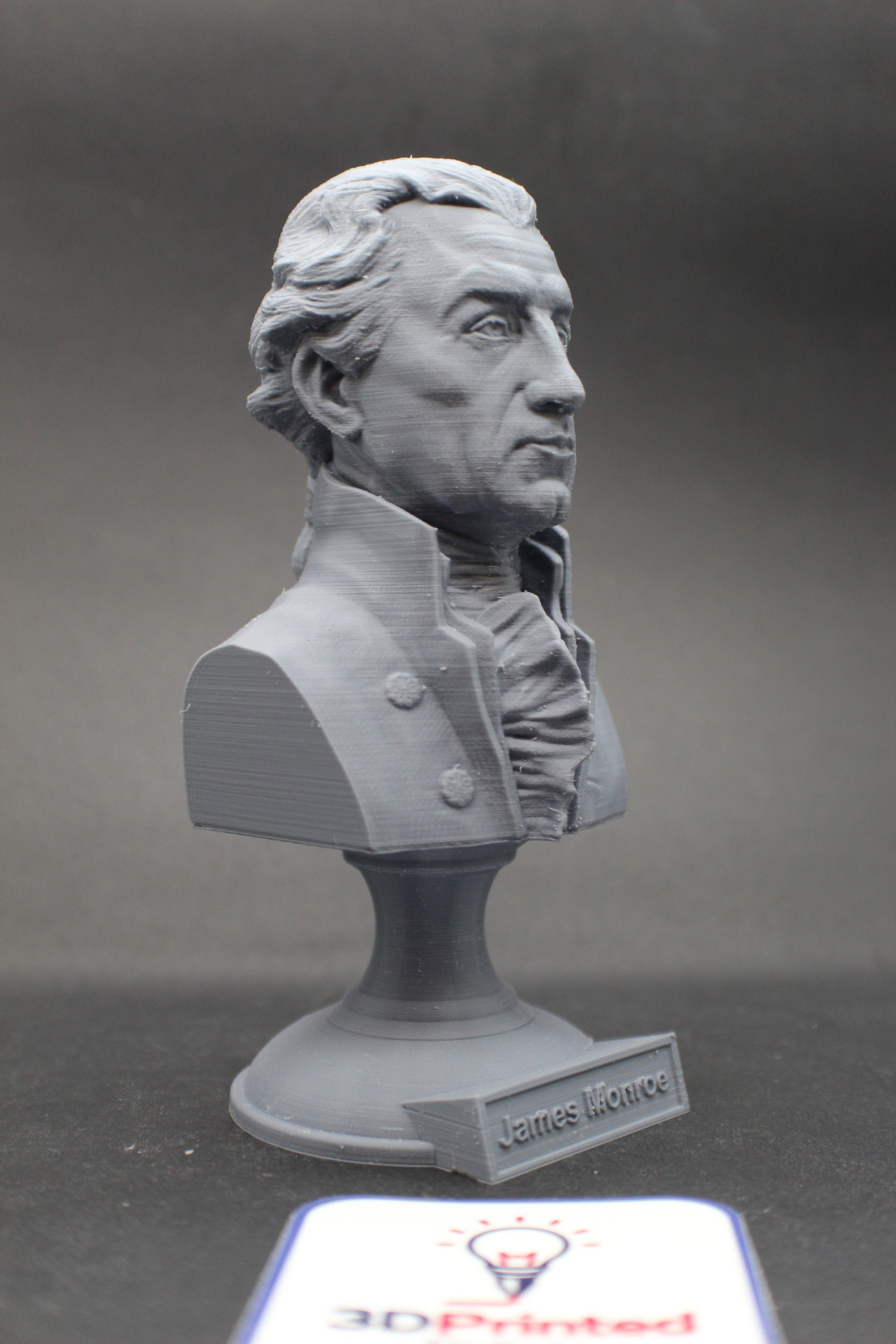 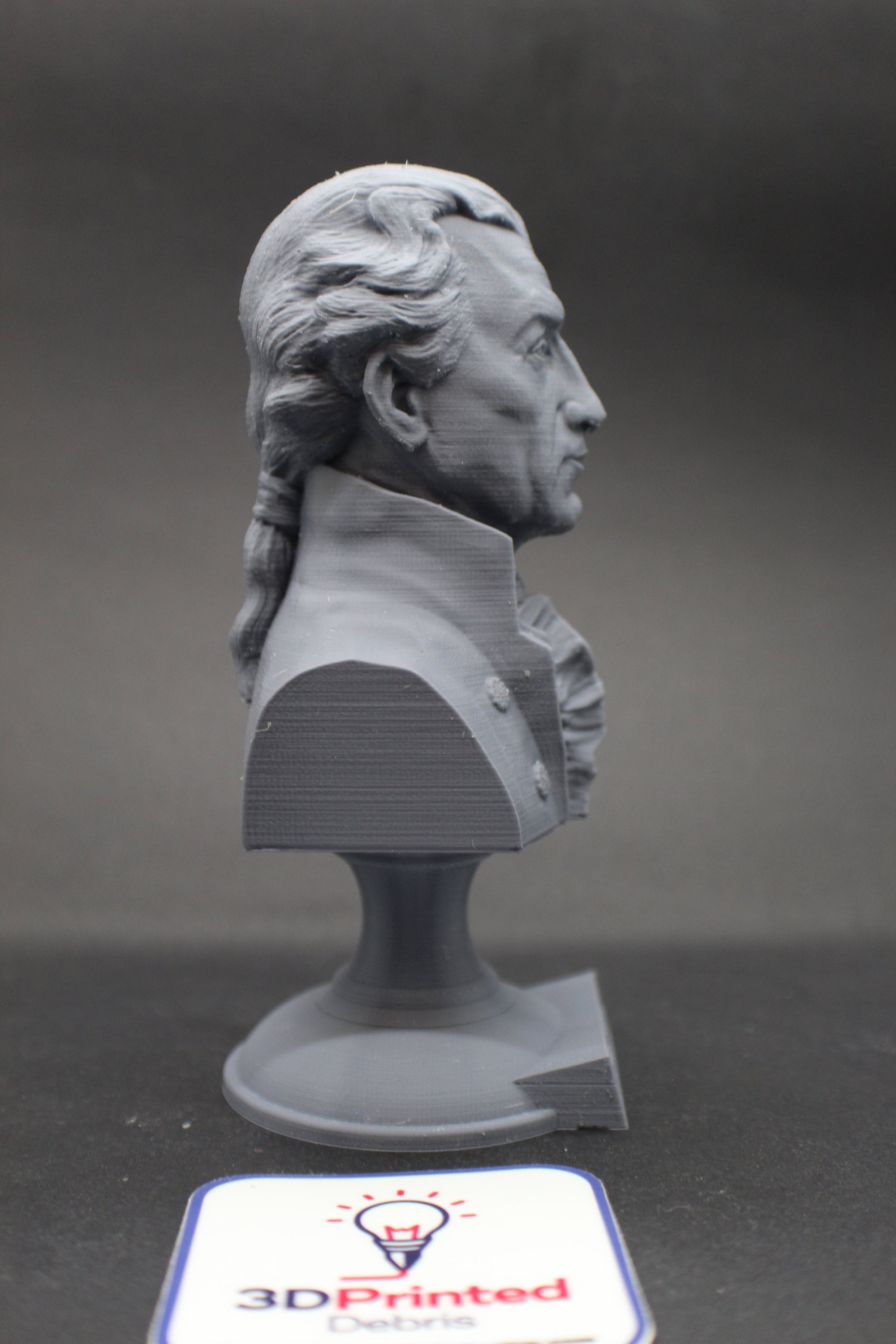 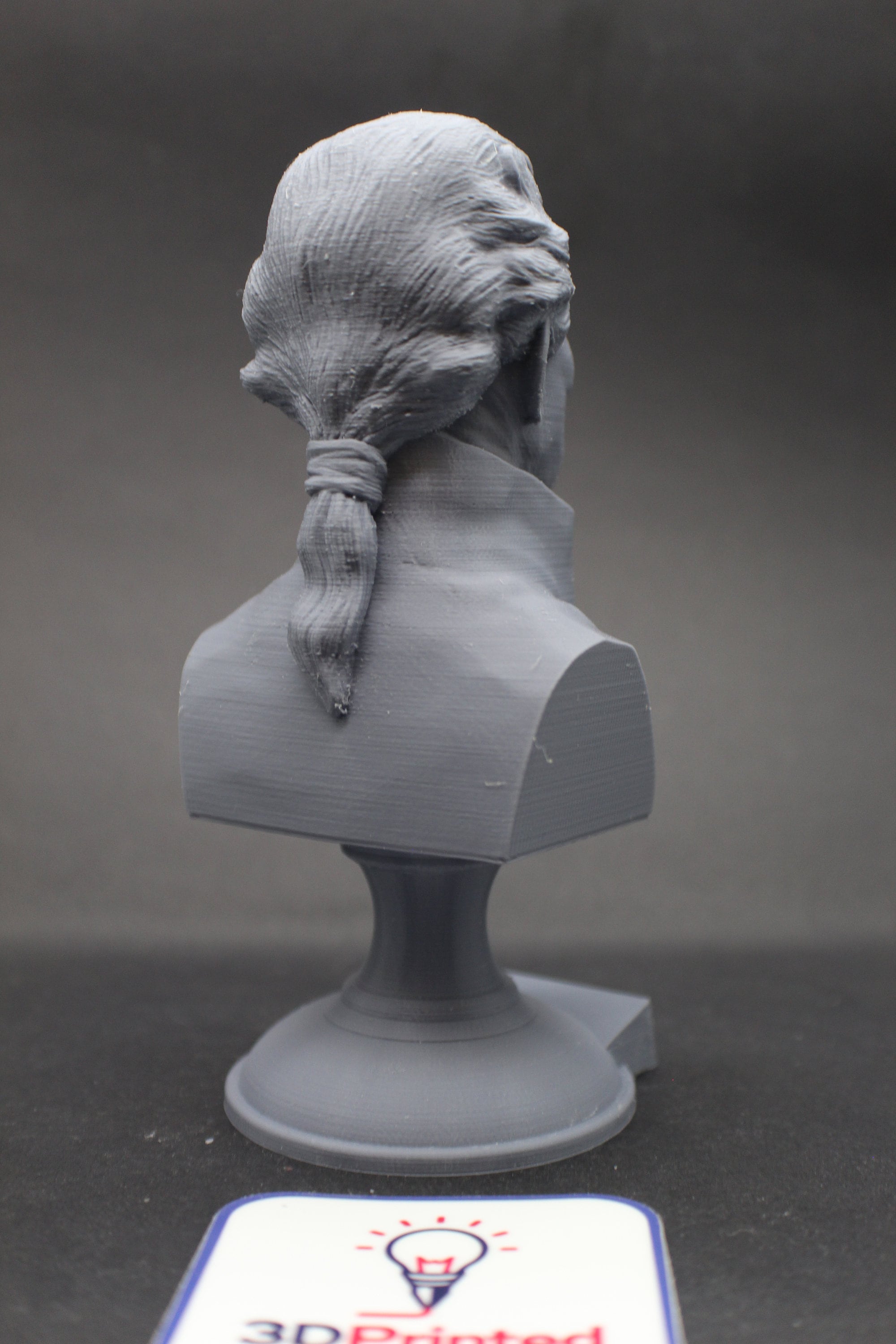 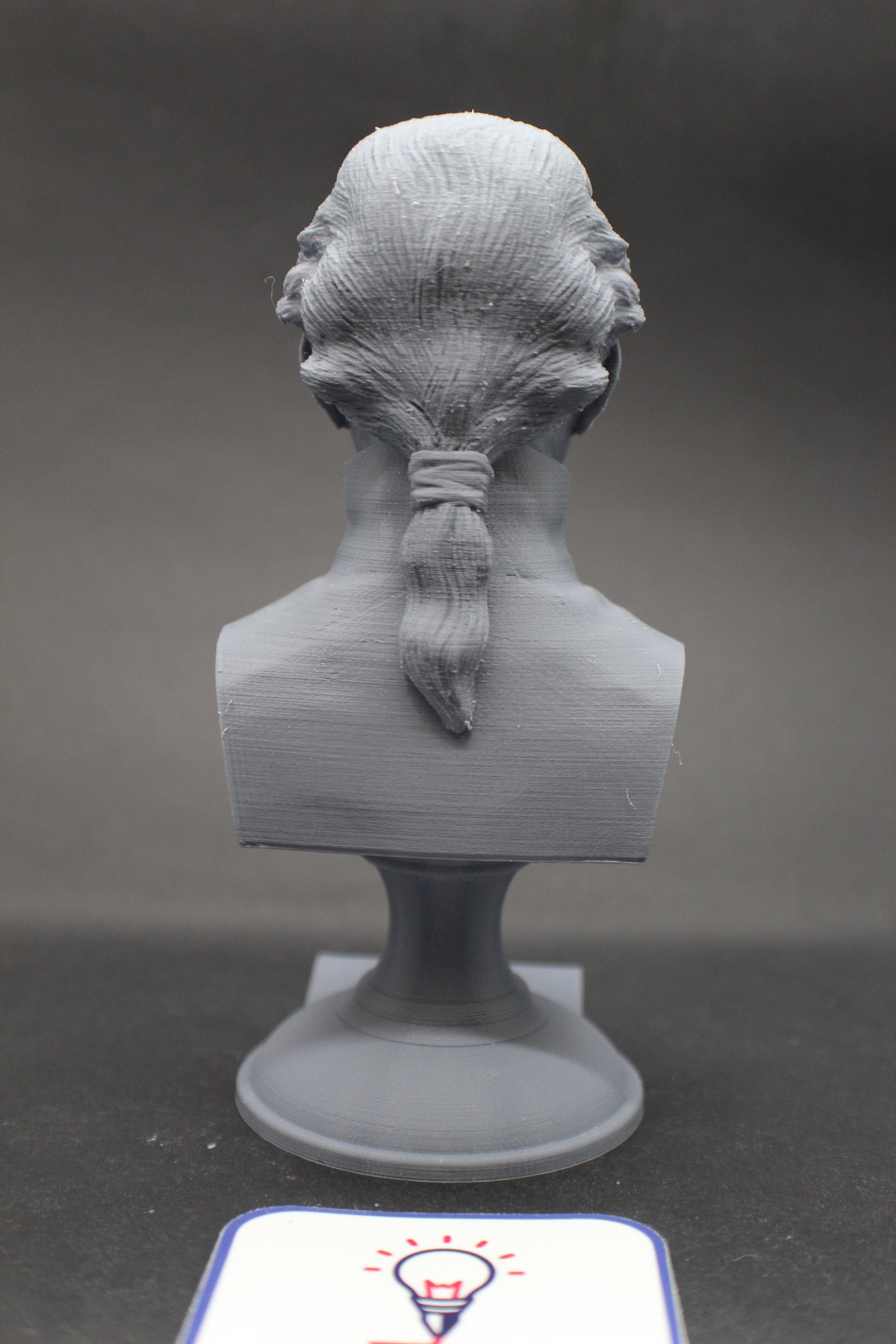 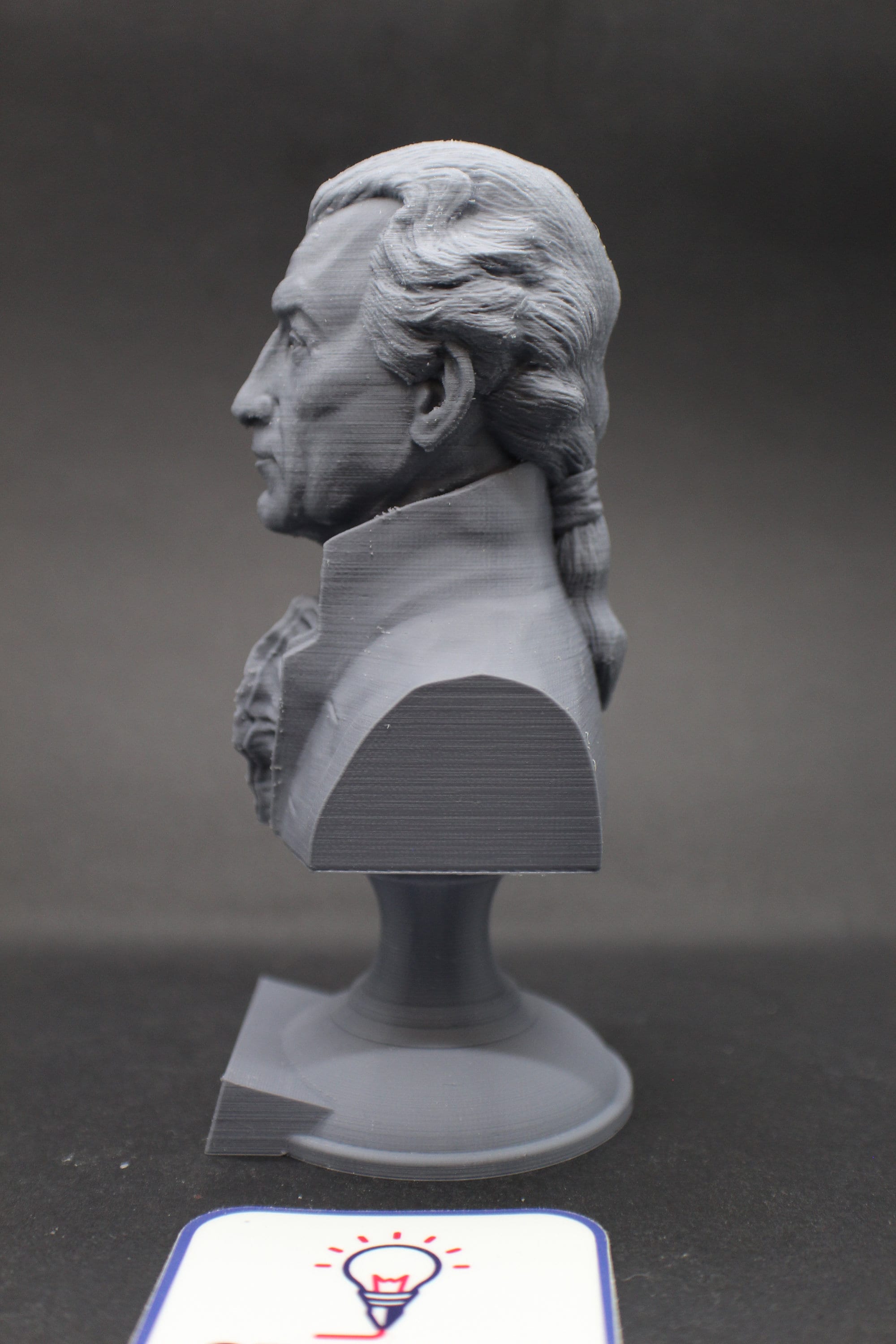 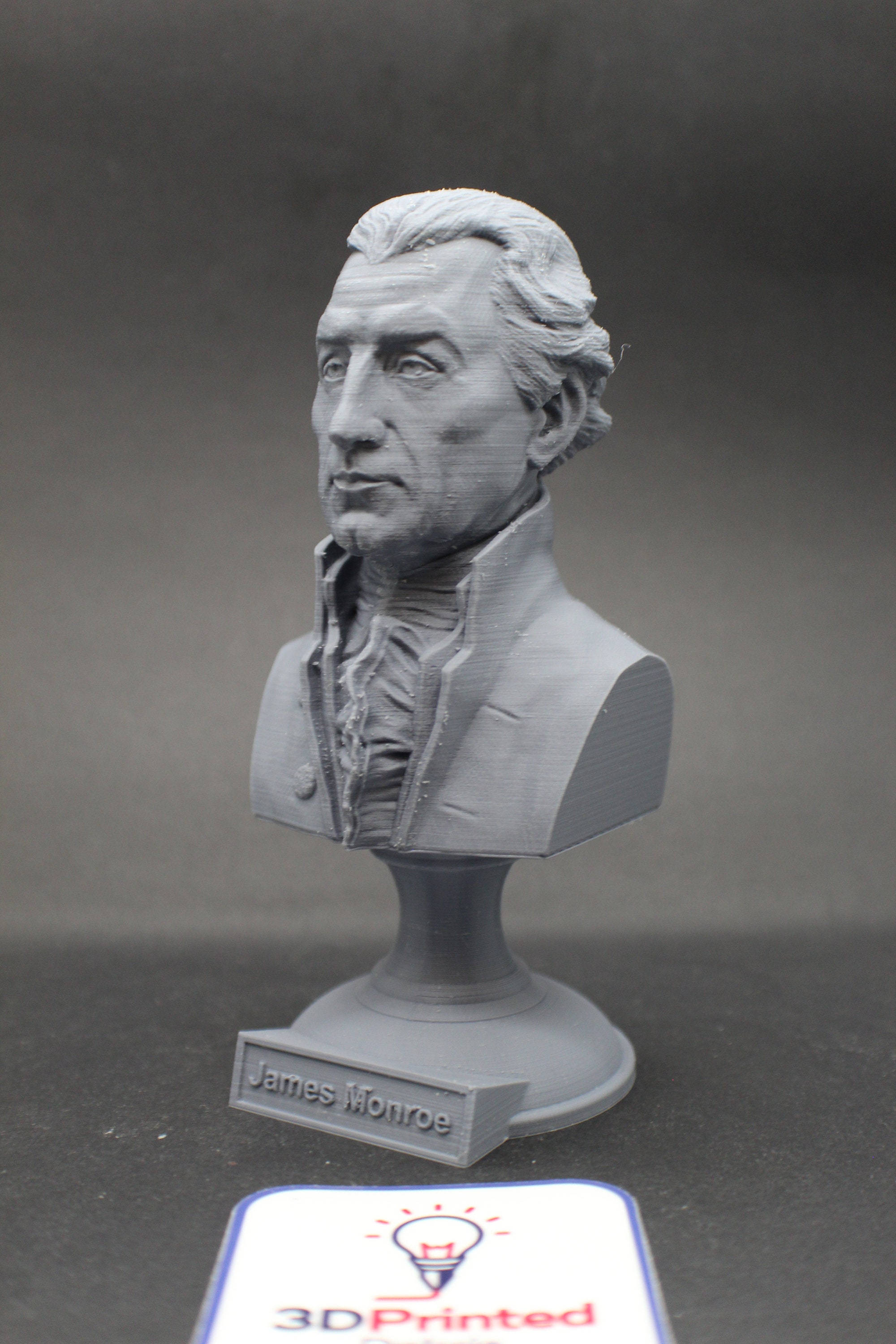 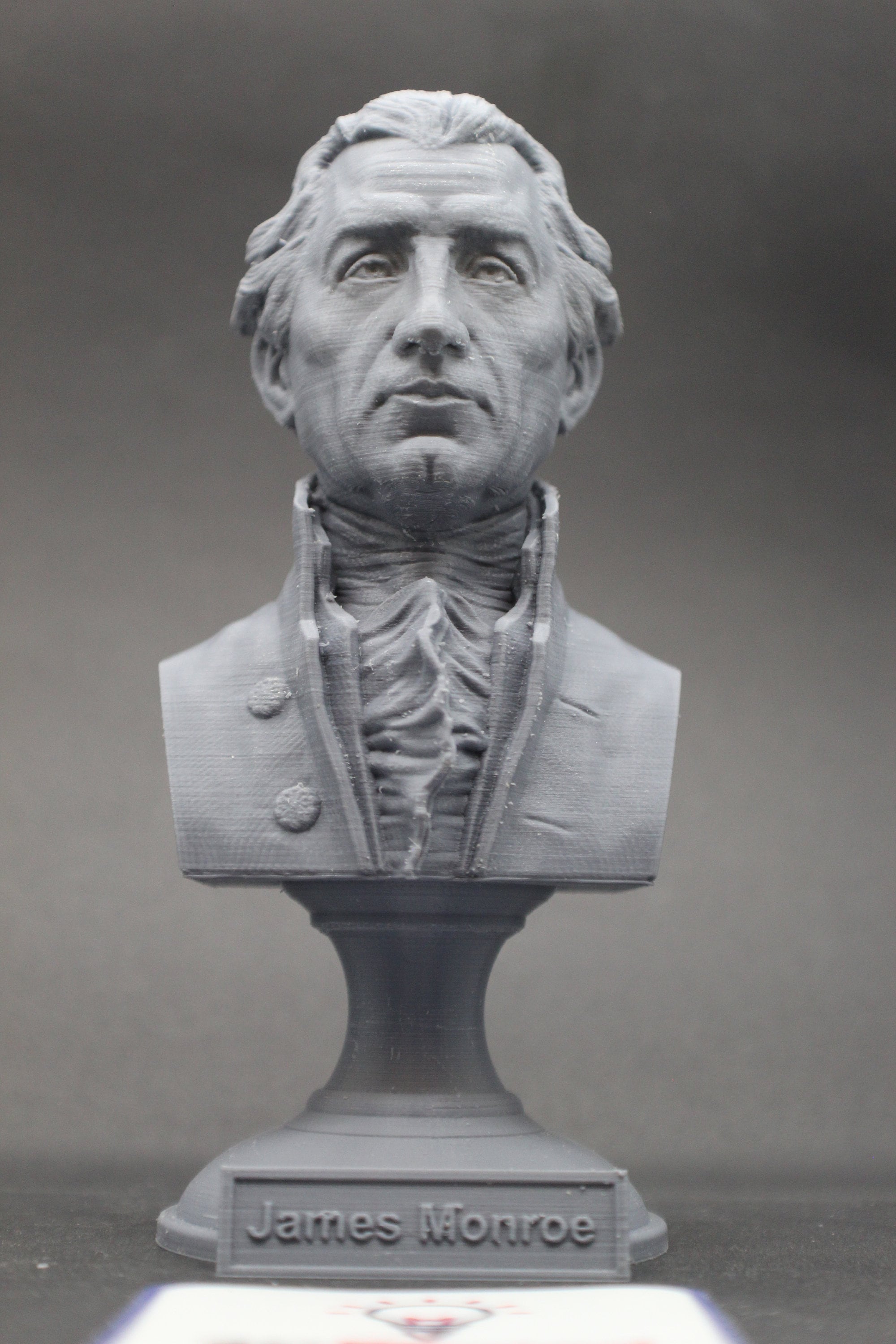 This 3D printed bust of James Monroe, the fifth United States President. This one is printed in a gray PLA, giving it a detailed look and a surprise whenever someone picks it up to discover it's actual weight. It is more durable than alabaster or plaster, and is washable with lukewarm soapy water for easy spring cleaning. It comes on a custom plinth that has his name on the front.

James Monroe (April 28, 1758 – July 4, 1831) was an American statesman, lawyer, diplomat, and Founding Father who served as the fifth president of the United States from 1817 to 1825. A member of the Democratic-Republican Party, Monroe was the last president of the Virginia dynasty, and his presidency coincided with the Era of Good Feelings. He is perhaps best known for issuing the Monroe Doctrine, a policy of opposing European colonialism in the Americas. He also served as the governor of Virginia, a member of the United States Senate, the U.S. ambassador to France and Britain, the seventh Secretary of State, and the eighth Secretary of War.

Born into a planter family in Westmoreland County, Virginia, Monroe served in the Continental Army during the American Revolutionary War. After studying law under Thomas Jefferson from 1780 to 1783, he served as a delegate in the Continental Congress. As a delegate to the Virginia Ratifying Convention, Monroe opposed the ratification of the United States Constitution. In 1790, he won election to the Senate, where he became a leader of the Democratic-Republican Party. He left the Senate in 1794 to serve as President George Washington's ambassador to France, but was recalled by Washington in 1796. Monroe won election as Governor of Virginia in 1799 and strongly supported Jefferson's candidacy in the 1800 presidential election.

Will buy from this shop again!