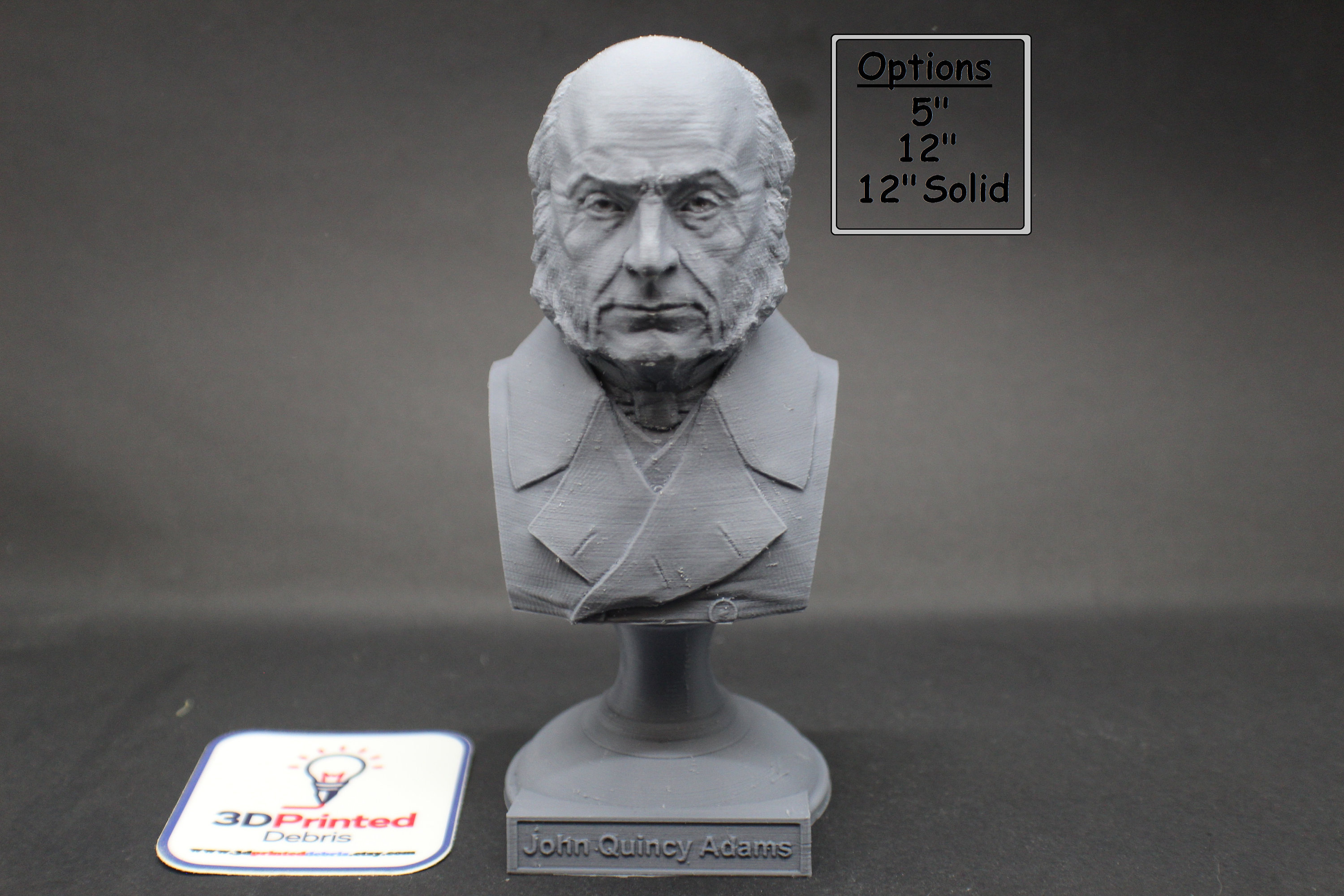 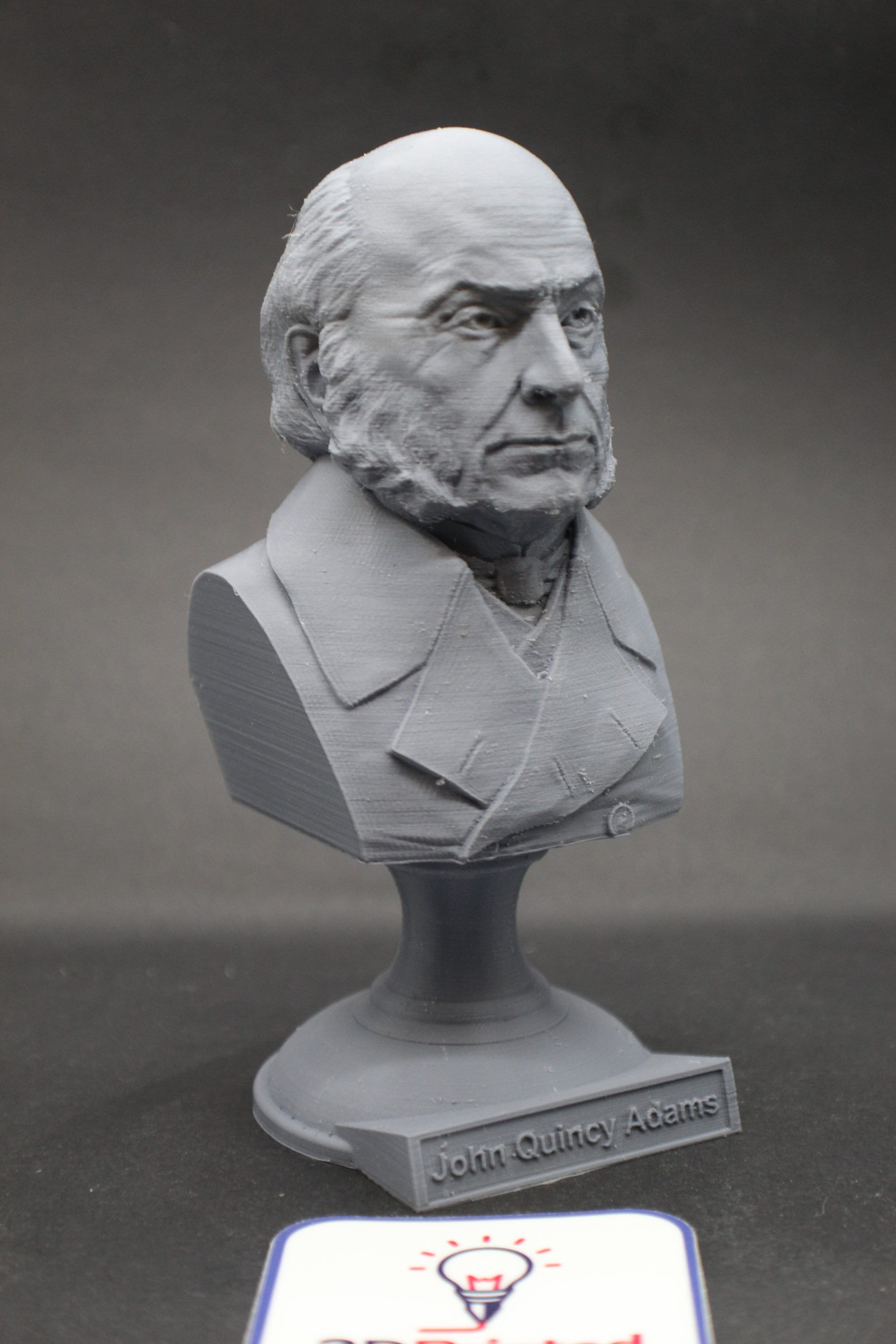 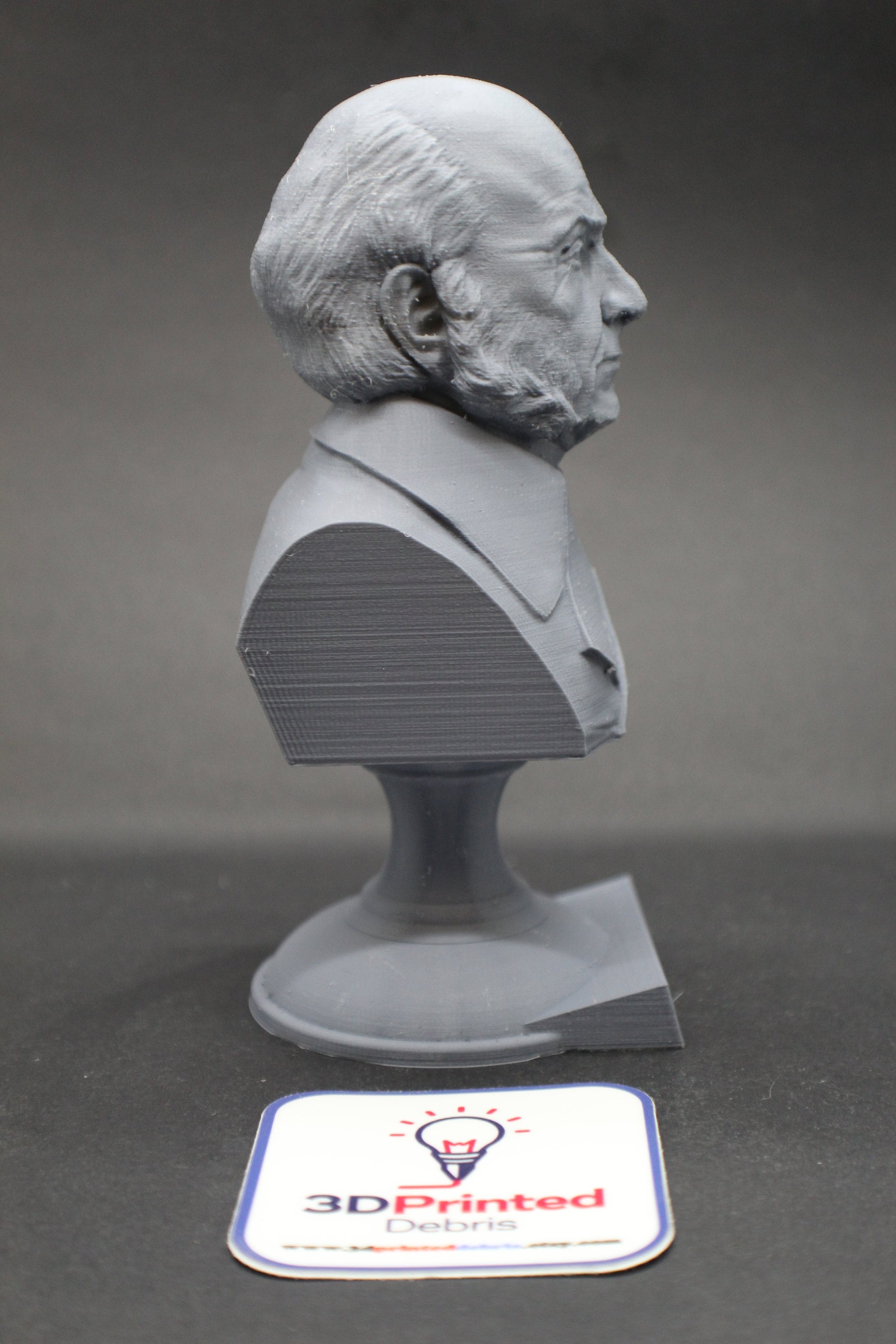 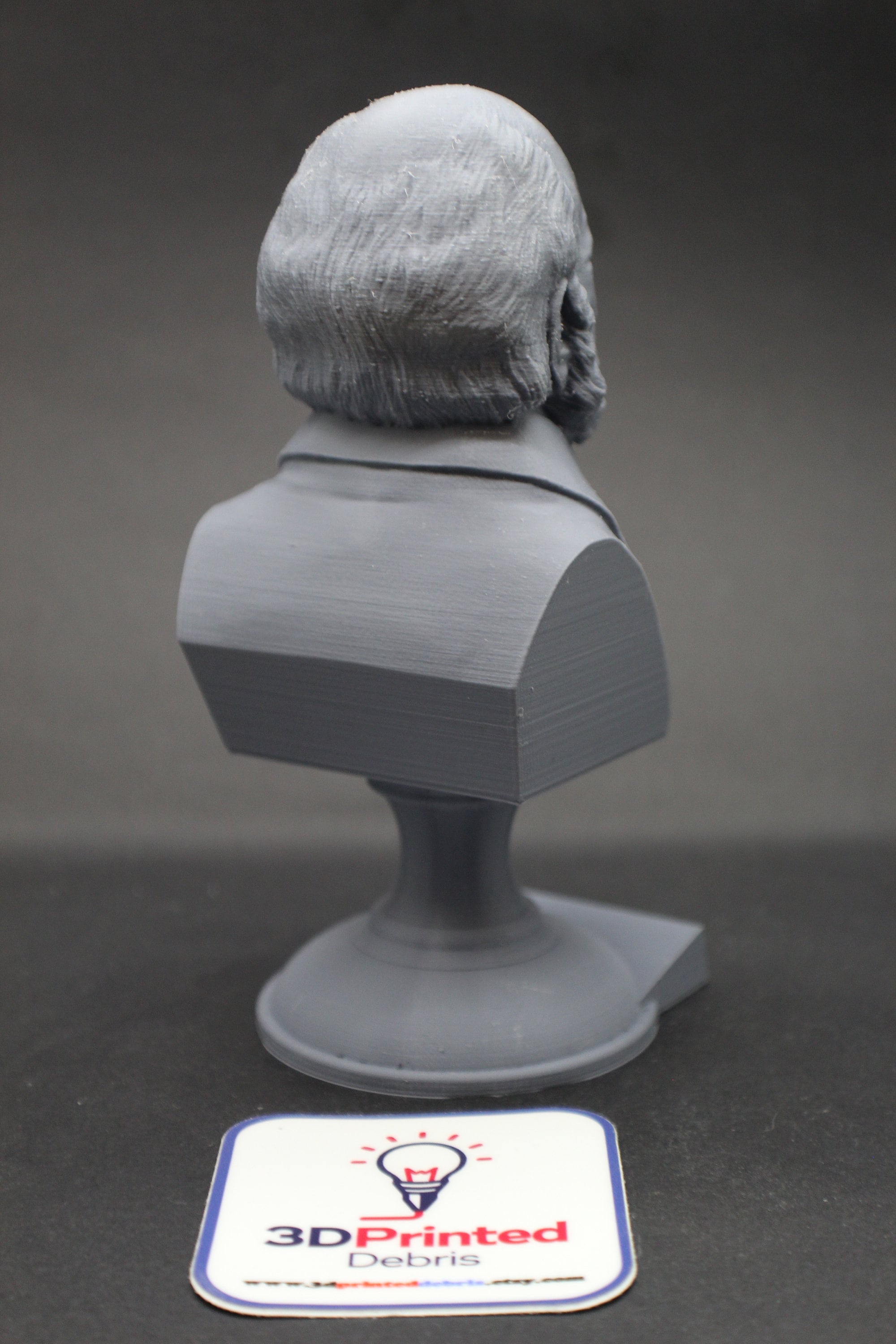 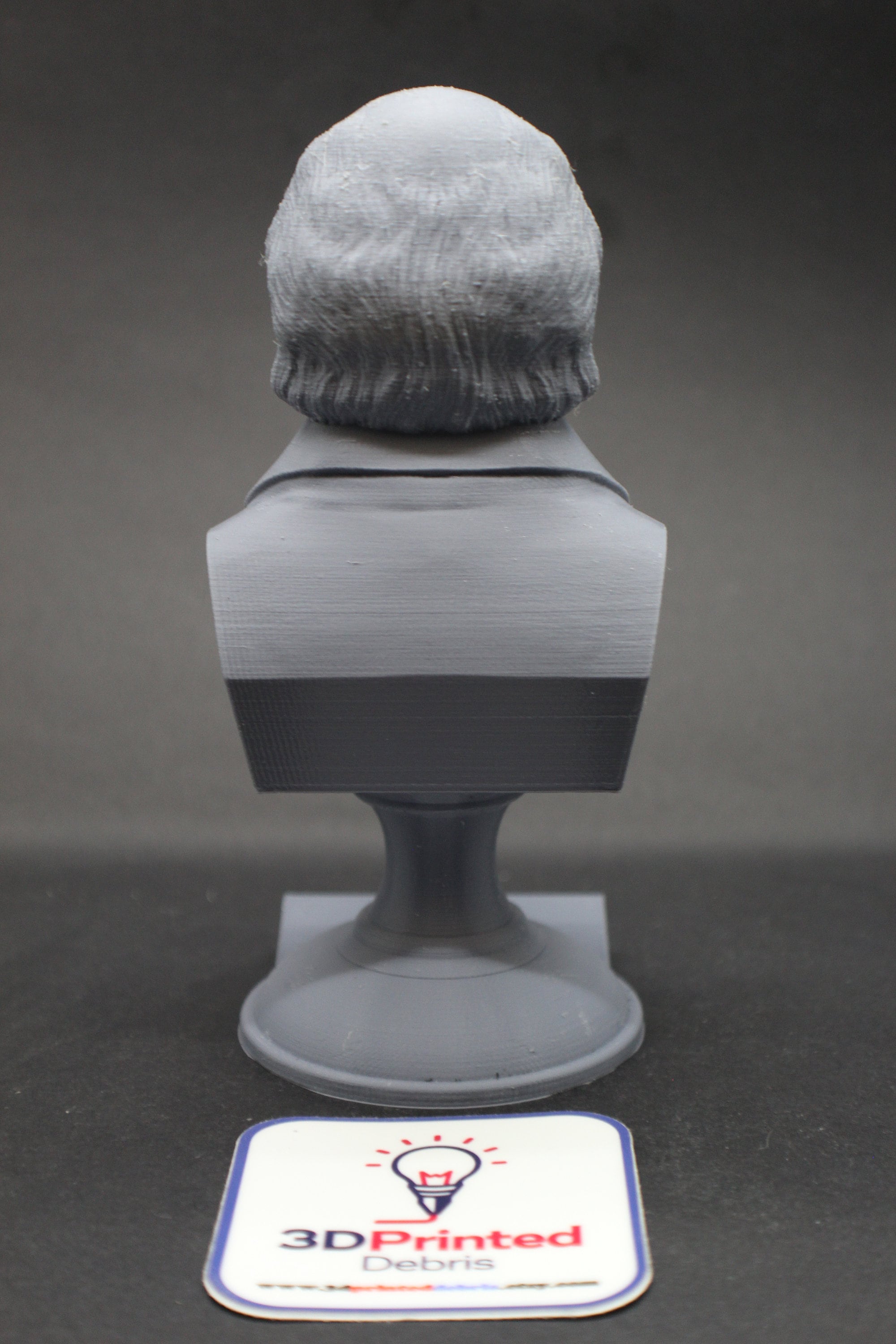 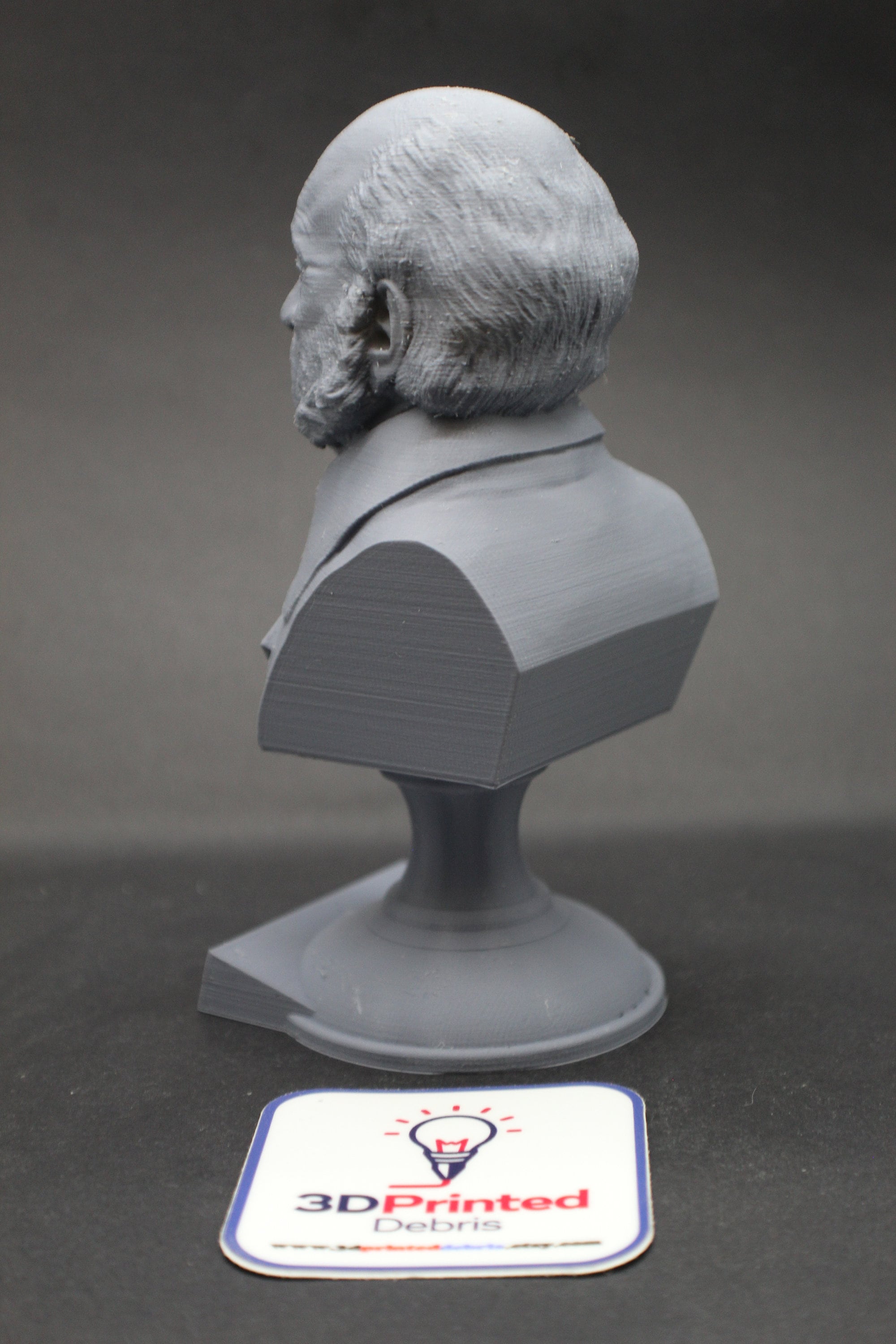 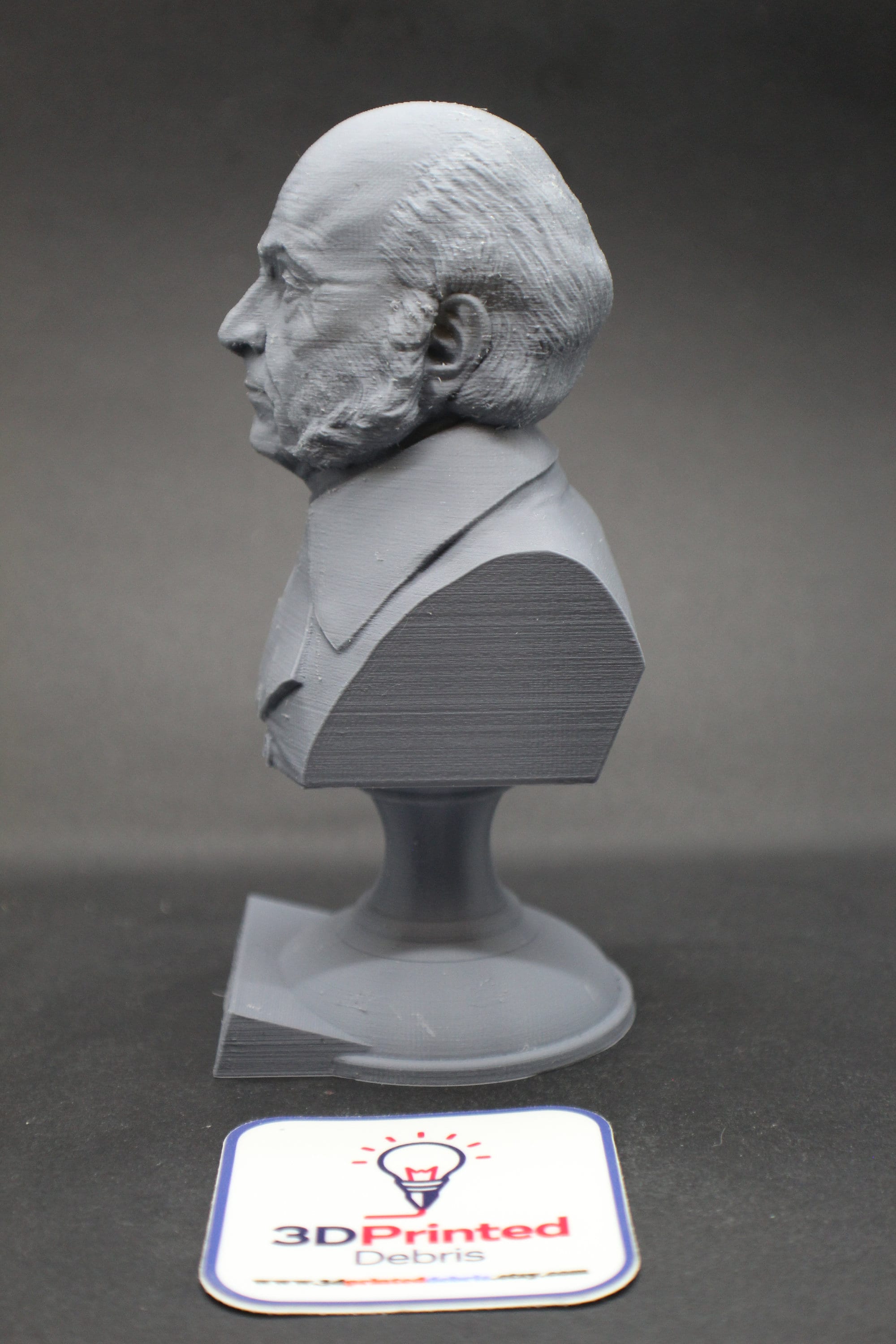 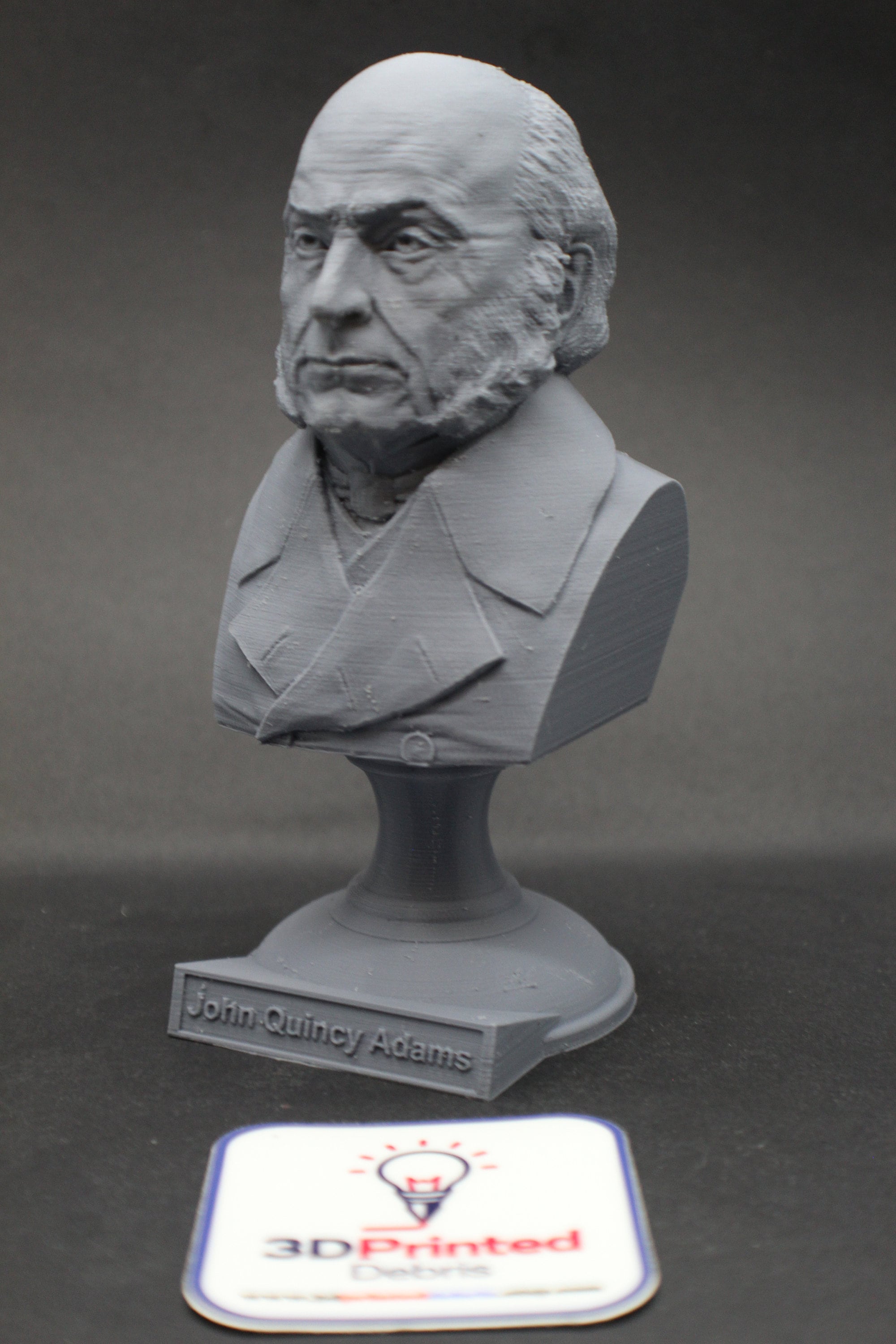 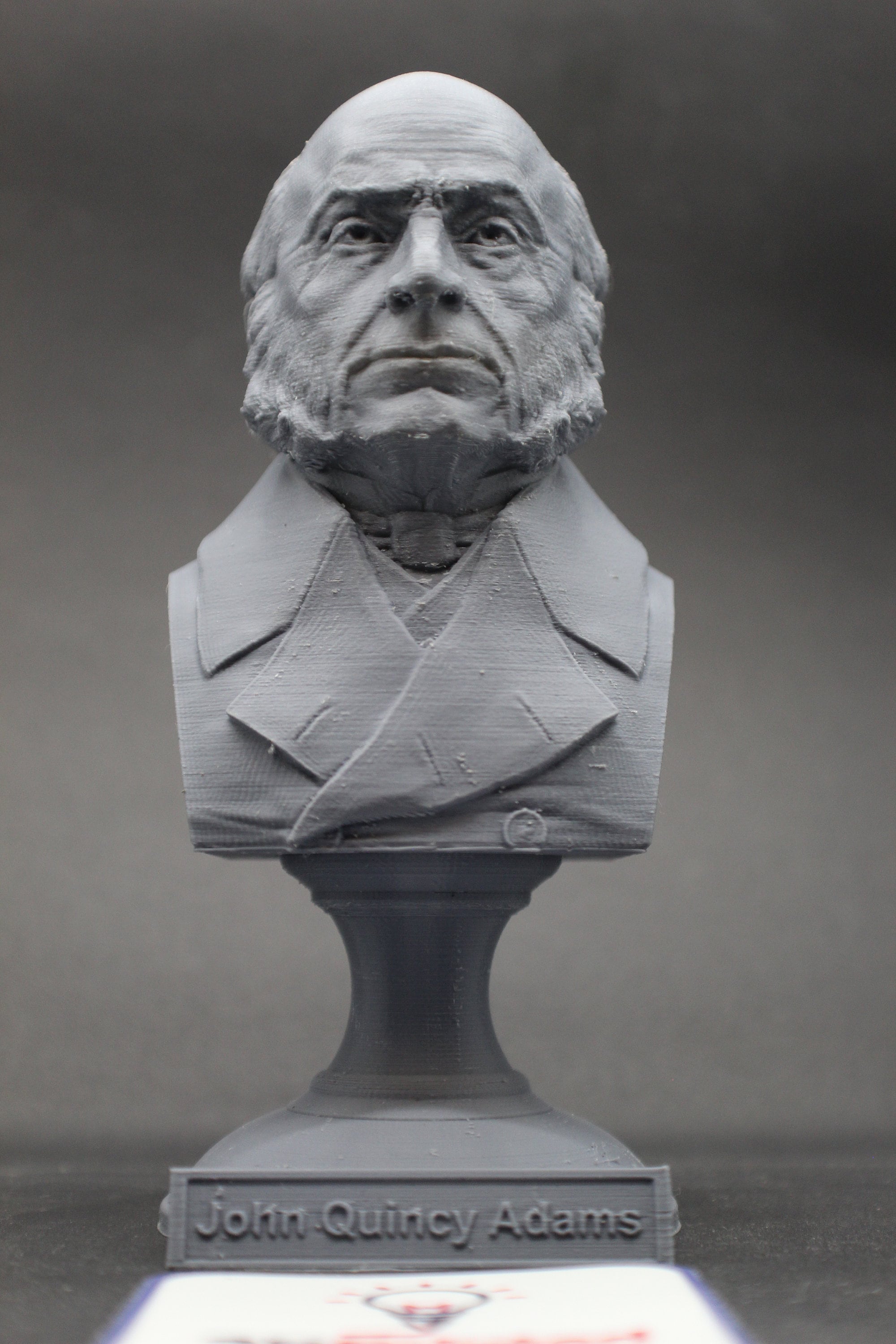 This 3D printed bust of John Quincy Adams, the sixth United States President. This one is printed in a gray PLA, giving it a detailed look and a surprise whenever someone picks it up to discover it's actual weight. It is more durable than alabaster or plaster, and is washable with lukewarm soapy water for easy spring cleaning. It comes on a custom plinth that has his name on the front.

John Quincy Adams (July 11, 1767 – February 23, 1848) was an American statesman, diplomat, lawyer, and diarist who served as the sixth president of the United States from 1825 to 1829. He previously served as the eighth United States Secretary of State from 1817 to 1825. During his long diplomatic and political career, Adams also served as an ambassador, and represented Massachusetts as a United States Senator and as a member of the United States House of Representatives. He was the eldest son of John Adams, who served as the second US president from 1797 to 1801. Initially a Federalist like his father, he won election to the presidency as a member of the Democratic-Republican Party, and in the mid-1830s became affiliated with the Whig Party.

Born in Braintree, Massachusetts, Adams spent much of his youth in Europe, where his father served as a diplomat. After returning to the United States, Adams established a successful legal practice in Boston. In 1794, President George Washington appointed Adams as the U.S. ambassador to the Netherlands, and Adams would serve in high-ranking diplomatic posts until 1801, when Thomas Jefferson took office as president. Federalist leaders in Massachusetts arranged for Adams's election to the United States Senate in 1802, but Adams broke with the Federalist Party over foreign policy and was denied re-election. In 1809, Adams was appointed as the U.S. ambassador to Russia by President James Madison, a member of the Democratic-Republican Party. Adams held diplomatic posts for the duration of Madison's presidency, and he served as part of the American delegation that negotiated an end to the War of 1812. In 1817, newly-elected President James Monroe selected Adams as his Secretary of State. In that role, Adams negotiated the Adams–Onís Treaty, which provided for the American acquisition of Florida. He also helped formulate the Monroe Doctrine, which became a key tenet of U.S. foreign policy.

Came quickly and is exactly as pictured. A really unique gift for those history buffs in your life