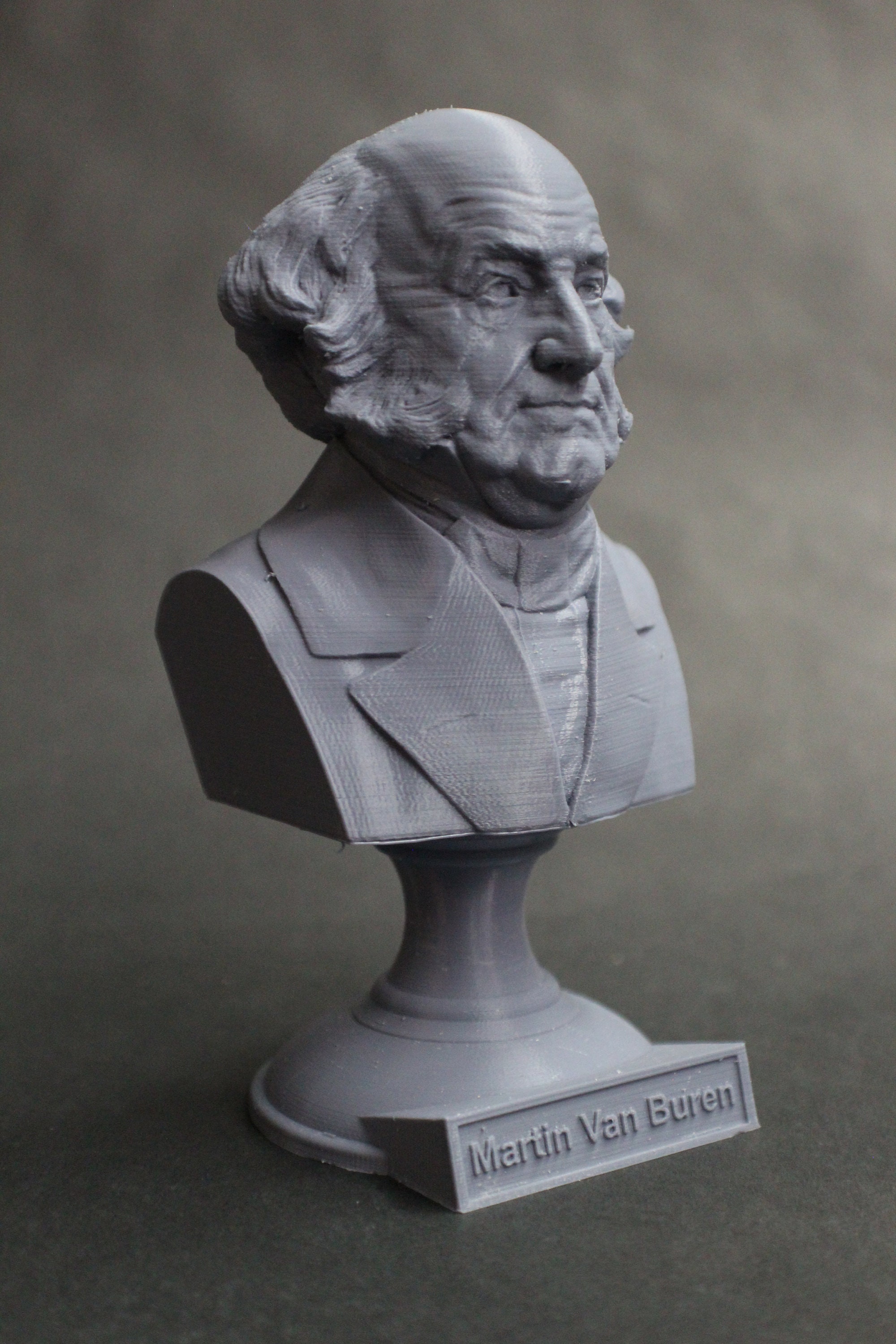 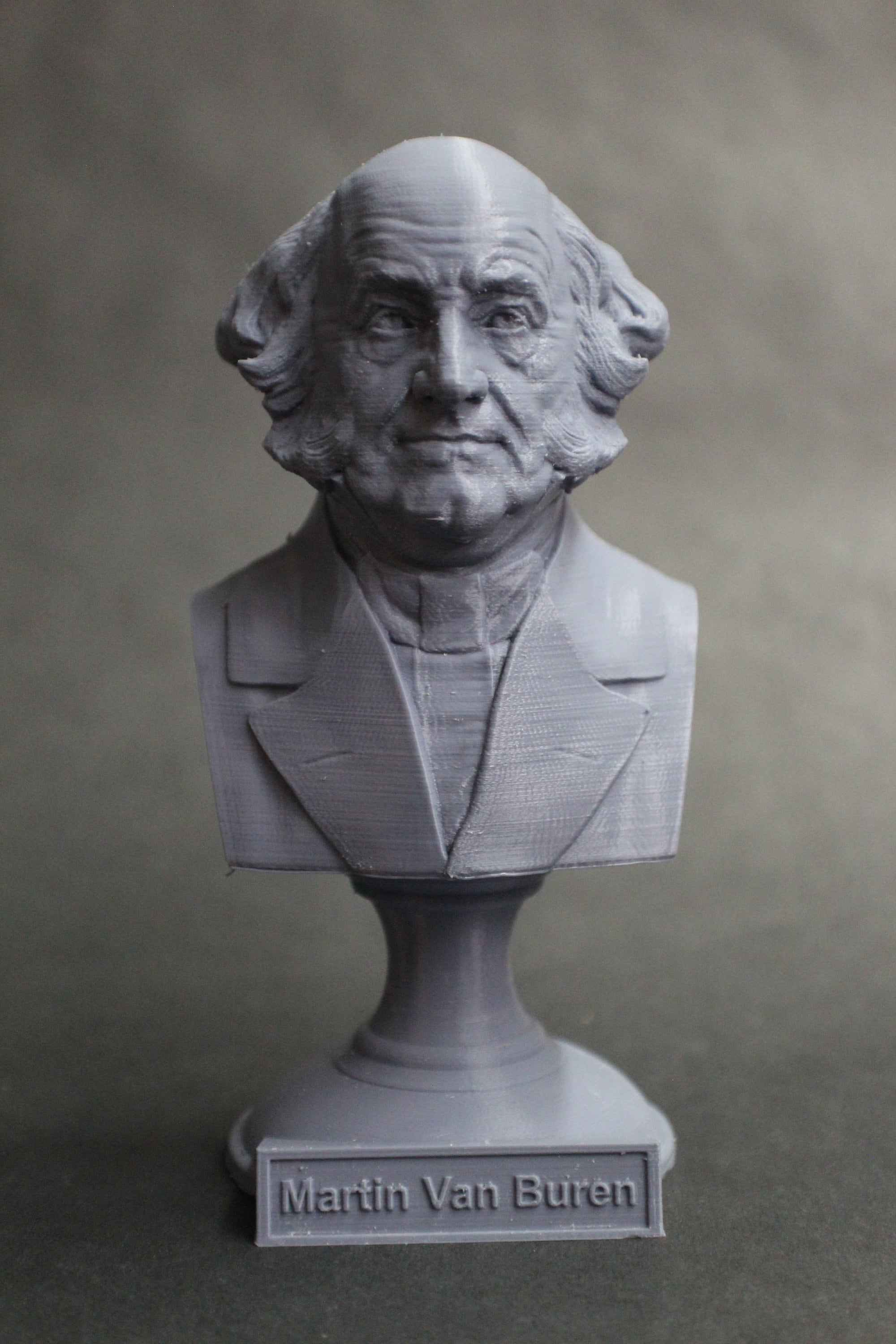 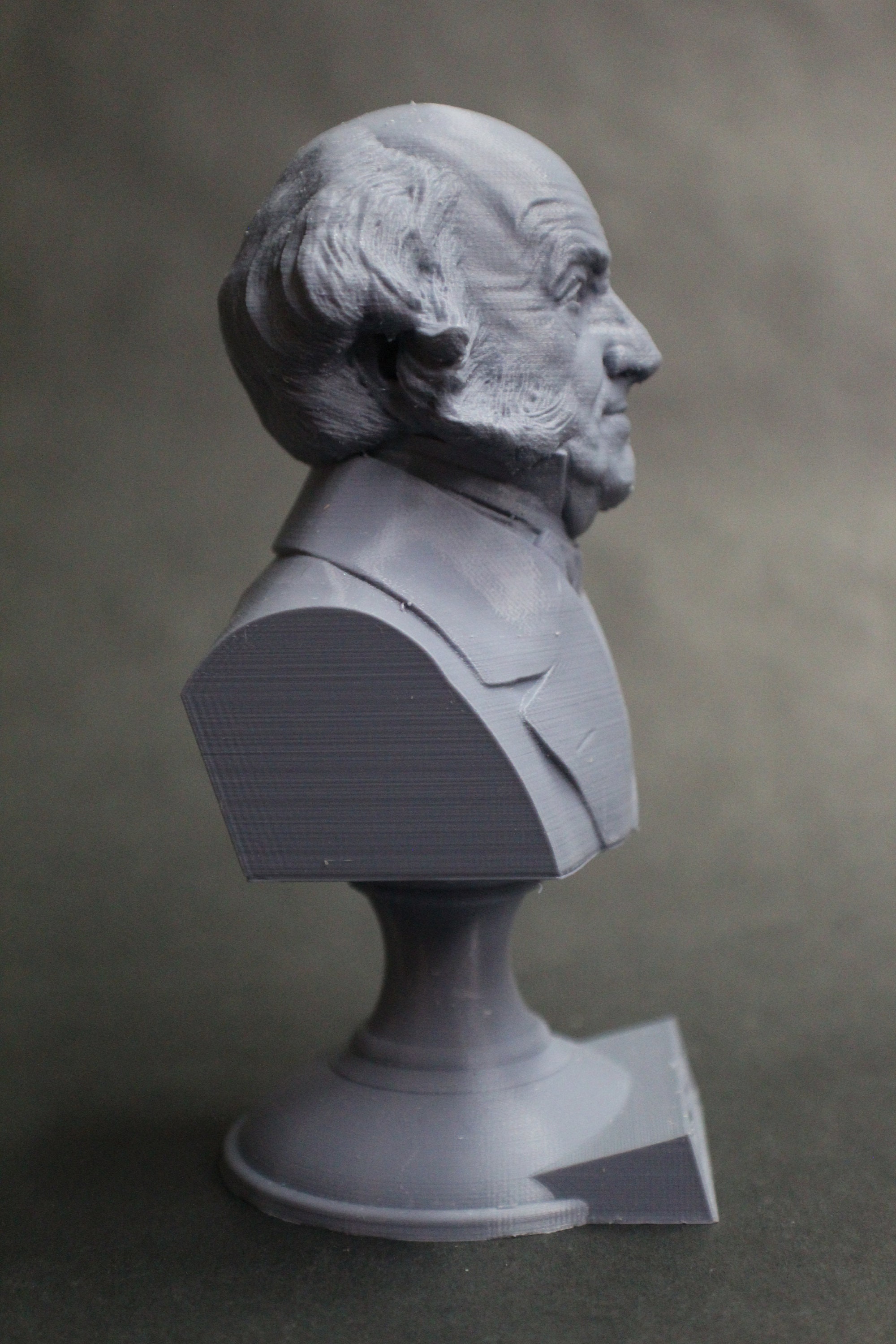 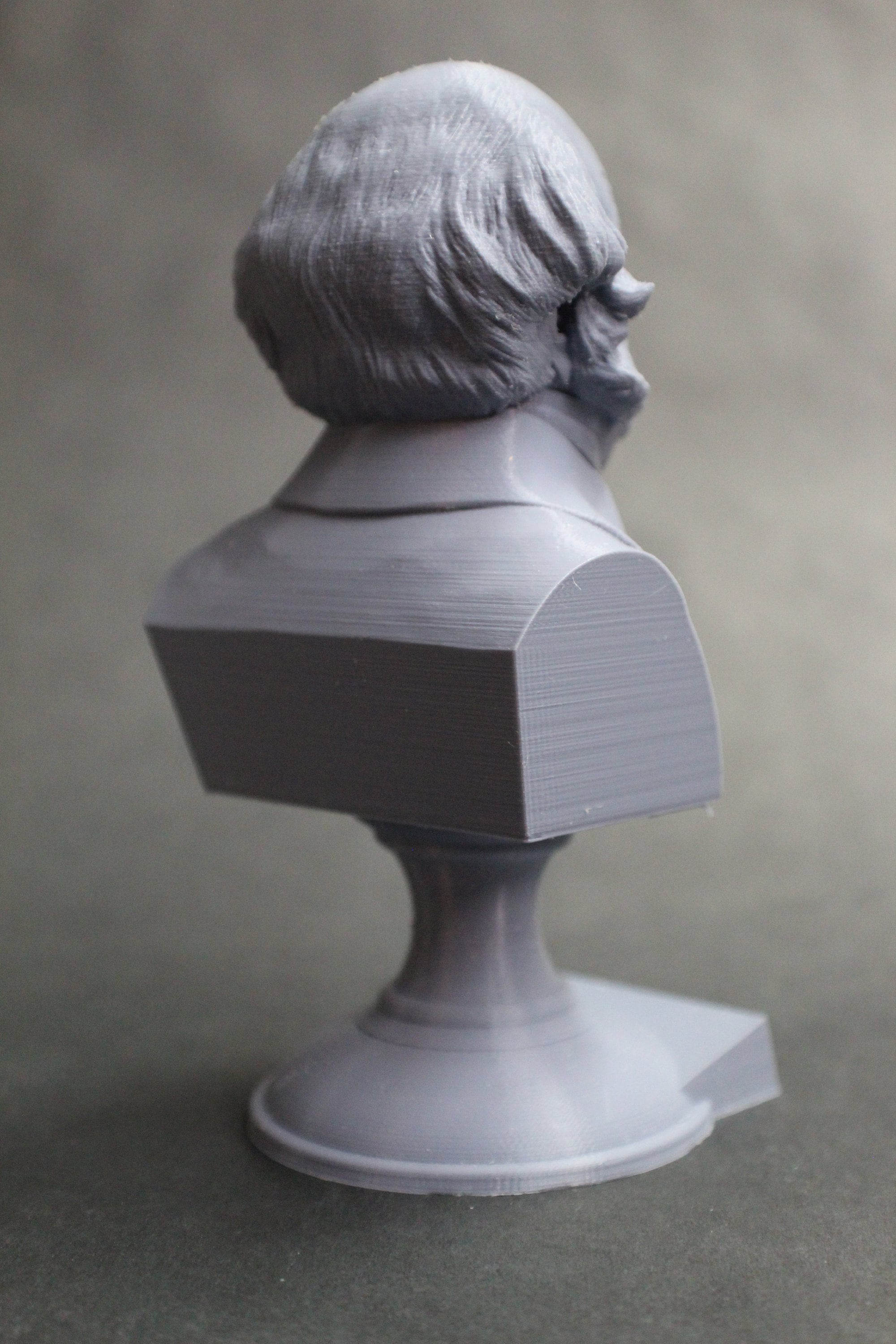 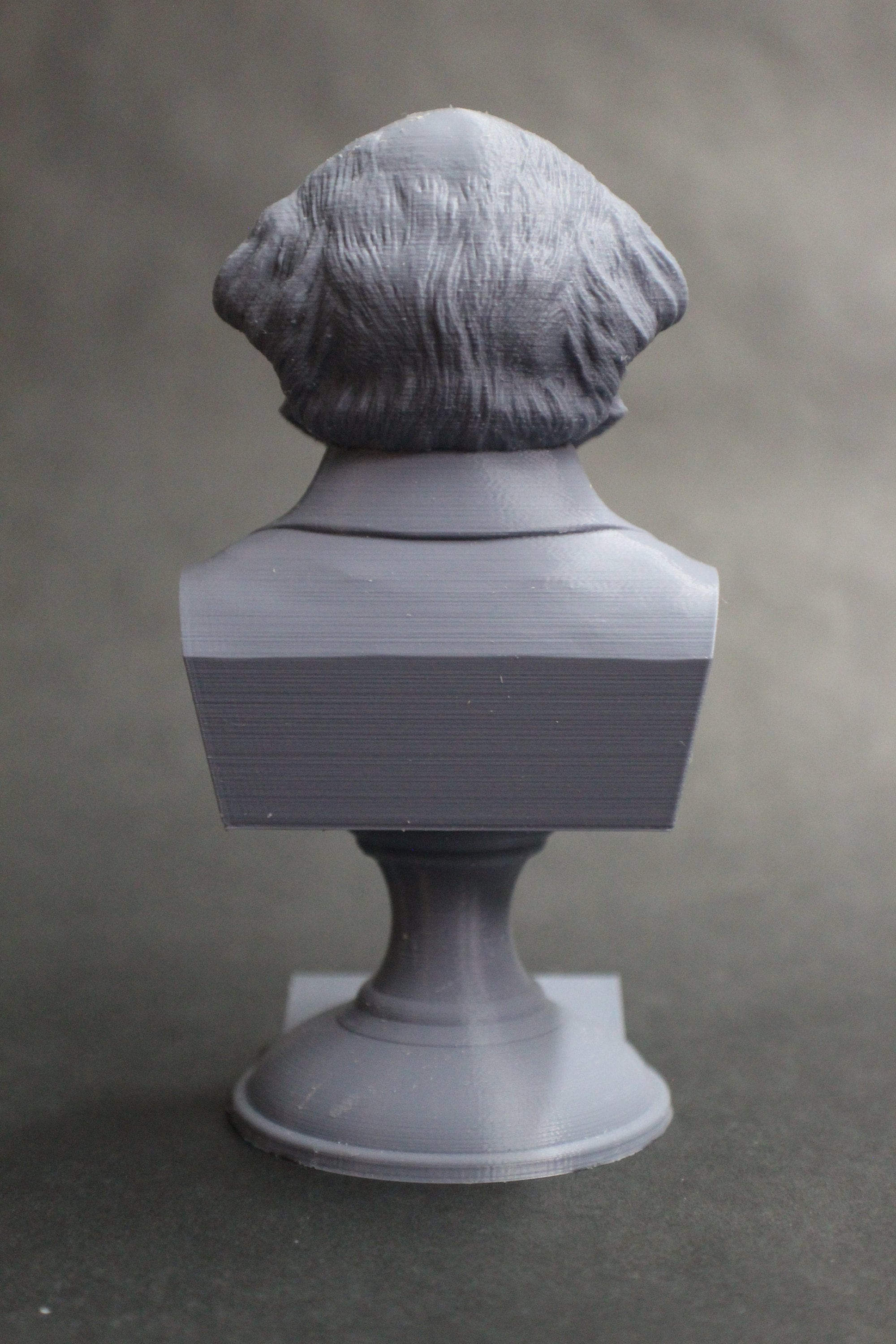 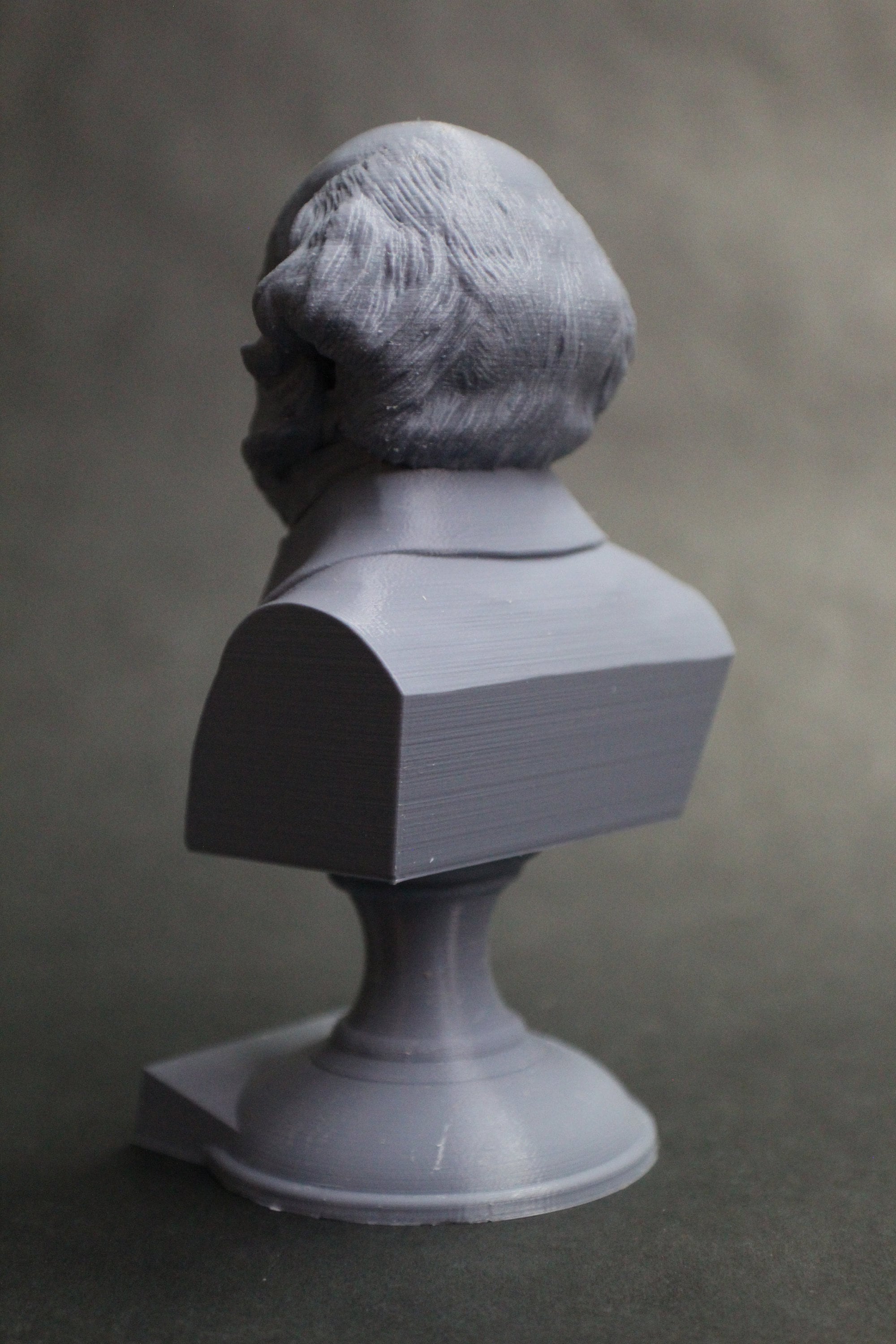 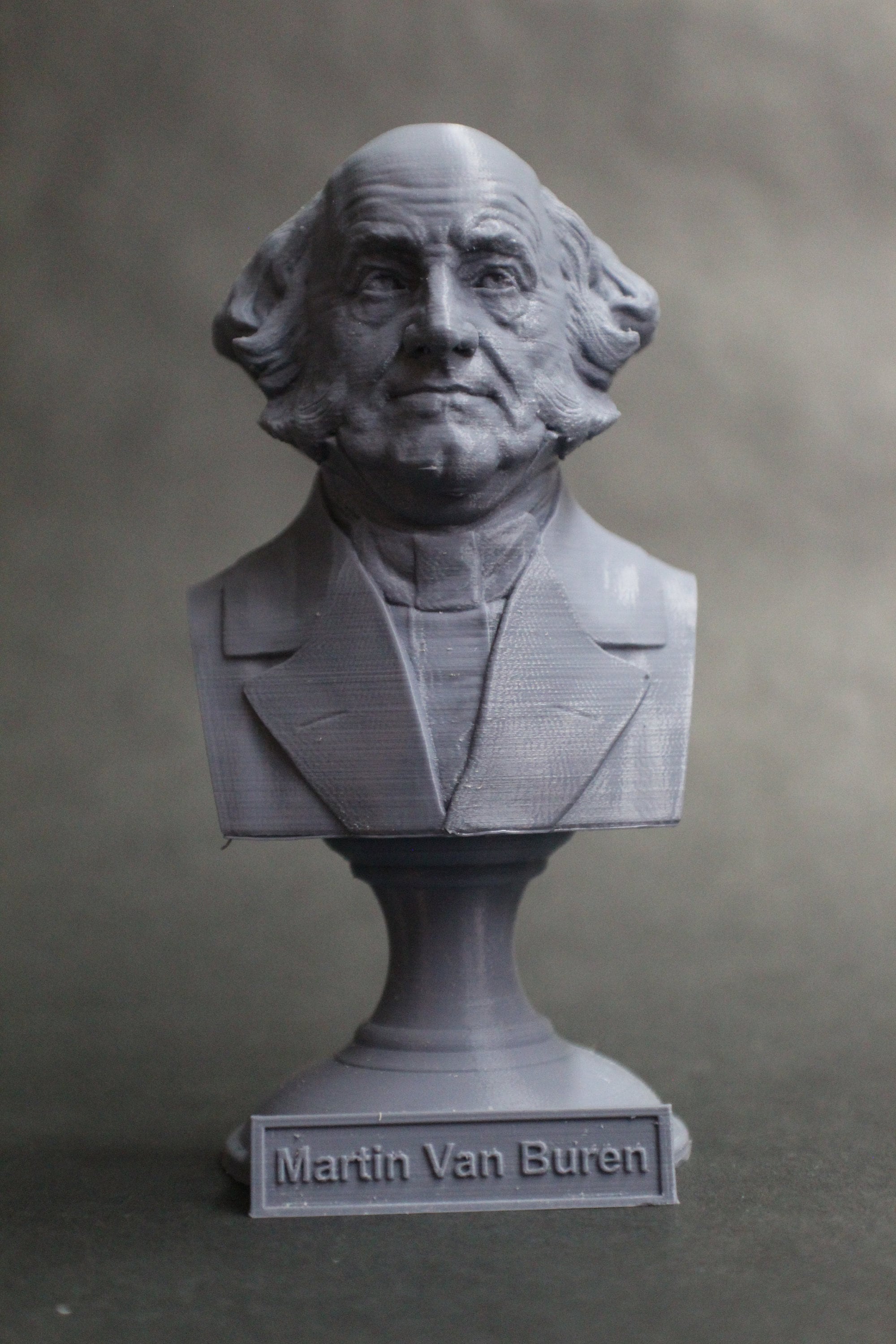 This 3D printed bust of Martin Van Buren, the eighth United States President. This one is printed in a gray PLA, giving it a detailed look and a surprise whenever someone picks it up to discover it's actual weight. It is more durable than alabaster or plaster, and is washable with lukewarm soapy water for easy spring cleaning. It comes on a custom plinth that has his name on the front.

Martin Van Buren was an American statesman who served as the eighth president of the United States from 1837 to 1841. He was the first president born after the independence of the United States from the British Empire. A founder of the Democratic Party, he previously served as the ninth governor of New York, the tenth United States secretary of state, and the eighth vice president of the United States. He won the 1836 presidential election with the endorsement of popular outgoing President Andrew Jackson and the organizational strength of the Democratic Party. He lost his 1840 reelection bid to Whig Party nominee William Henry Harrison, due in part to the poor economic conditions of the Panic of 1837. Later in his life, Van Buren emerged as an elder statesman and important anti-slavery leader, who led the Free Soil Party ticket in the 1848 presidential election.

Van Buren was born in Kinderhook, New York to a family of Dutch Americans; his father was a Patriot during the American Revolution. He was raised speaking Dutch and learned English at school, making him the only U.S. president who spoke English as a second language. He trained as a lawyer and quickly became involved in politics as a member of the Democratic-Republican Party. He won election to the New York State Senate and became the leader of the Bucktails, the faction of Democratic-Republicans opposed to Governor DeWitt Clinton. Van Buren established a political machine known as the Albany Regency and in the 1820s emerged as the most influential politician in his home state. He was elected to the United States Senate in 1821 and supported William H. Crawford in the 1824 presidential election. John Quincy Adams won the 1824 election and Van Buren opposed his proposals for federally funded internal improvements and other measures. Van Buren's major political goal was to re-establish a two-party system with partisan differences based on ideology rather than personalities or sectional differences, and he supported Jackson's candidacy against Adams in the 1828 presidential election with this goal in mind. To support Jackson's candidacy, Van Buren ran for Governor of New York; he won, but resigned a few months after assuming the position to accept appointment as U.S. Secretary of State after Jackson took office in March 1829.