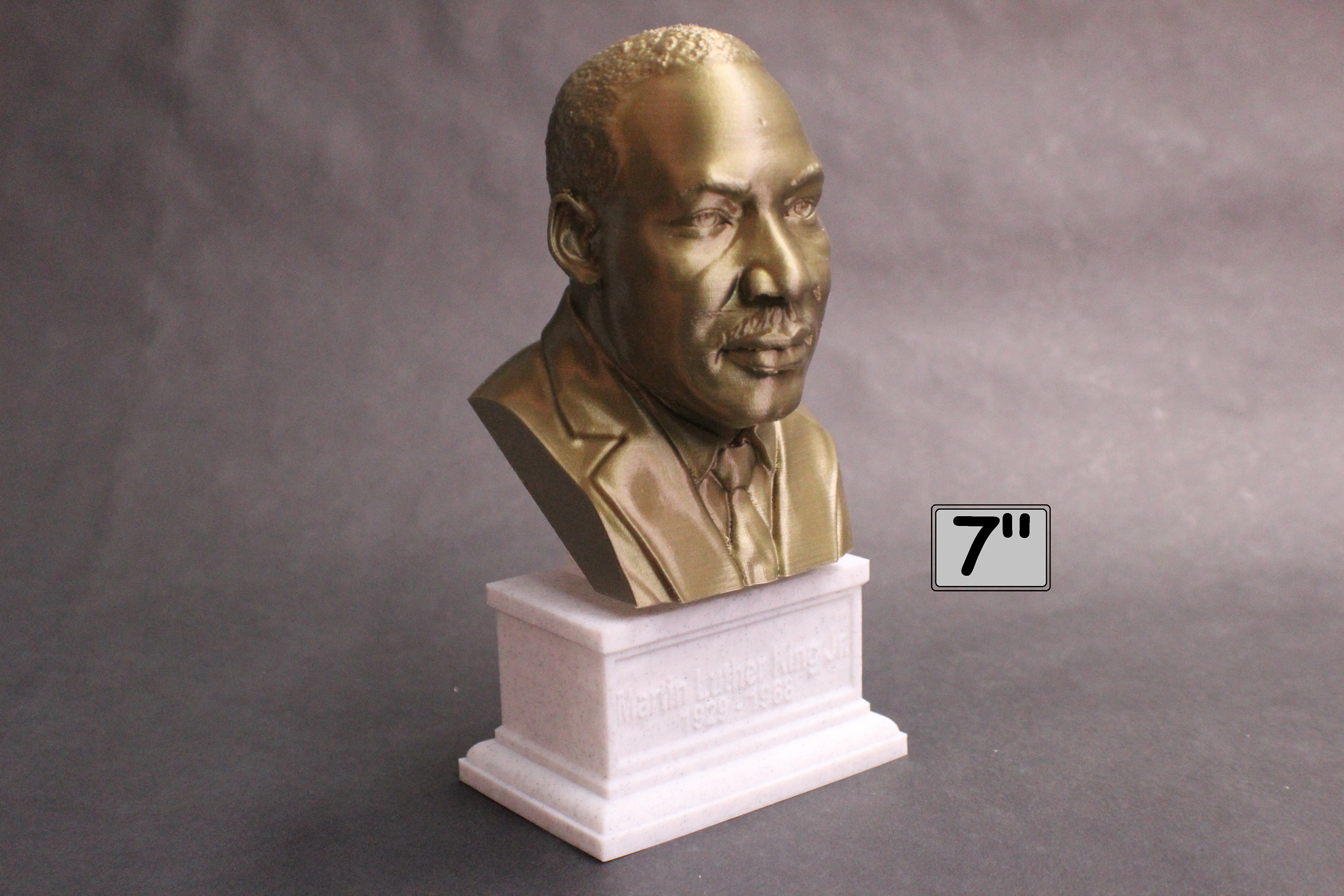 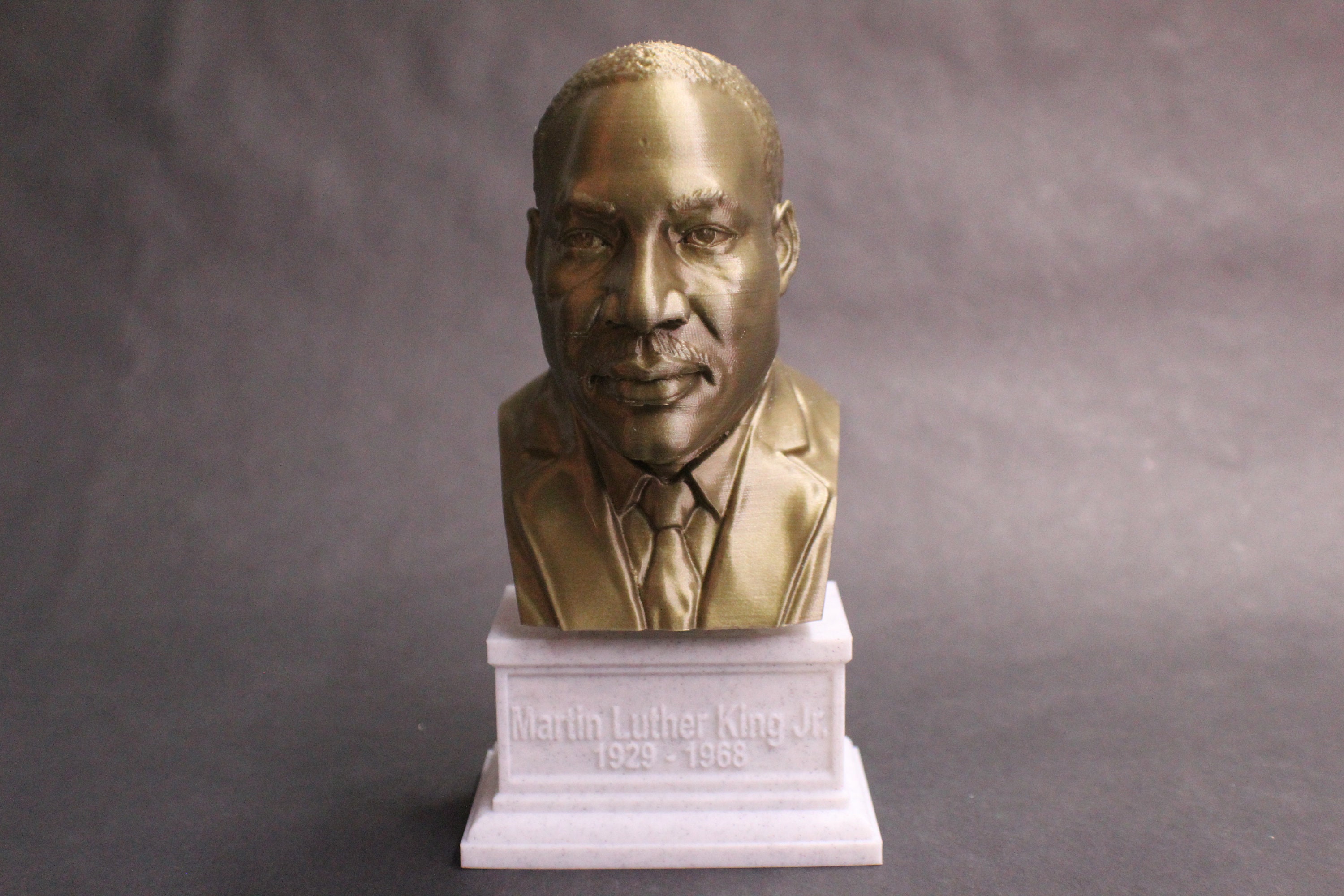 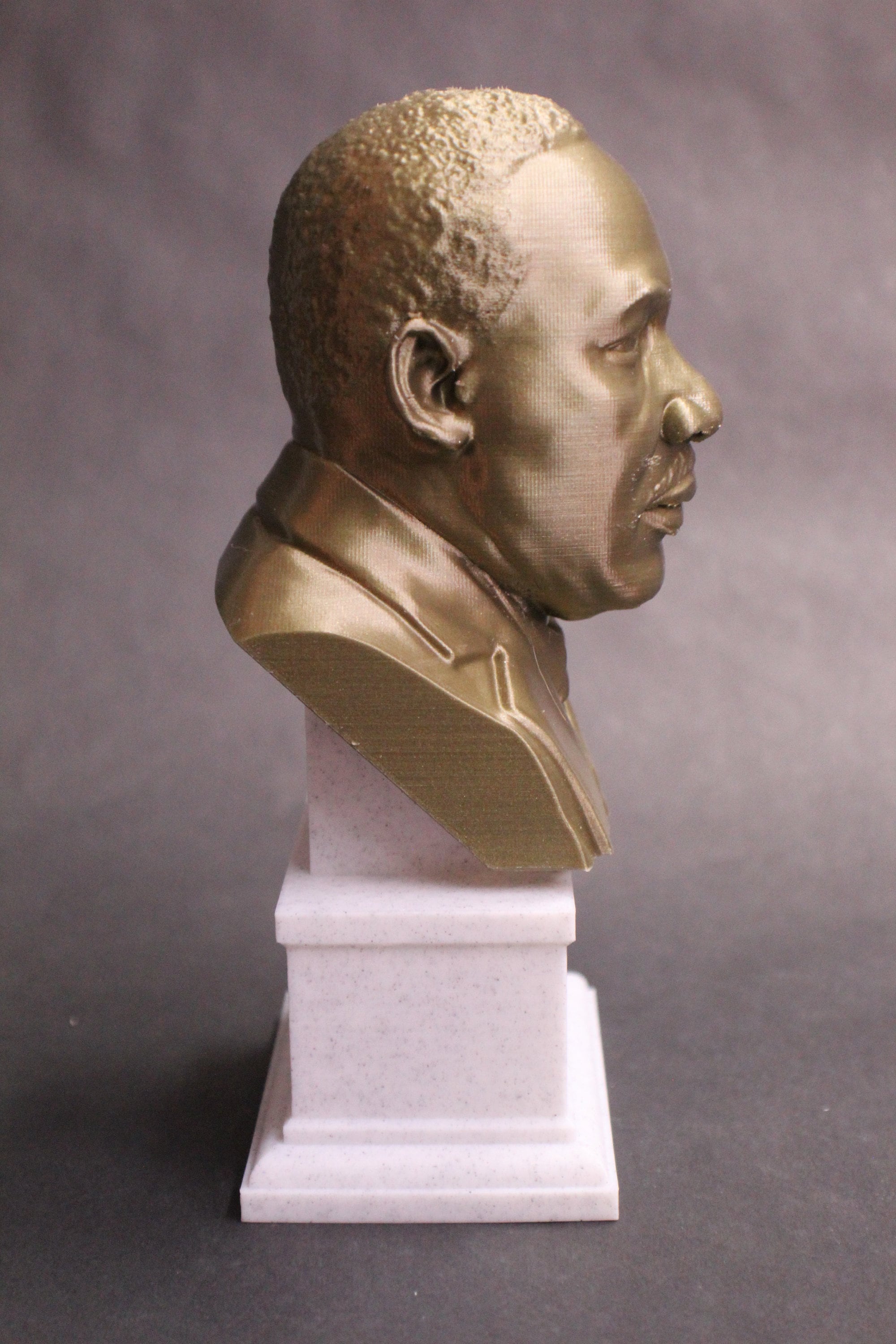 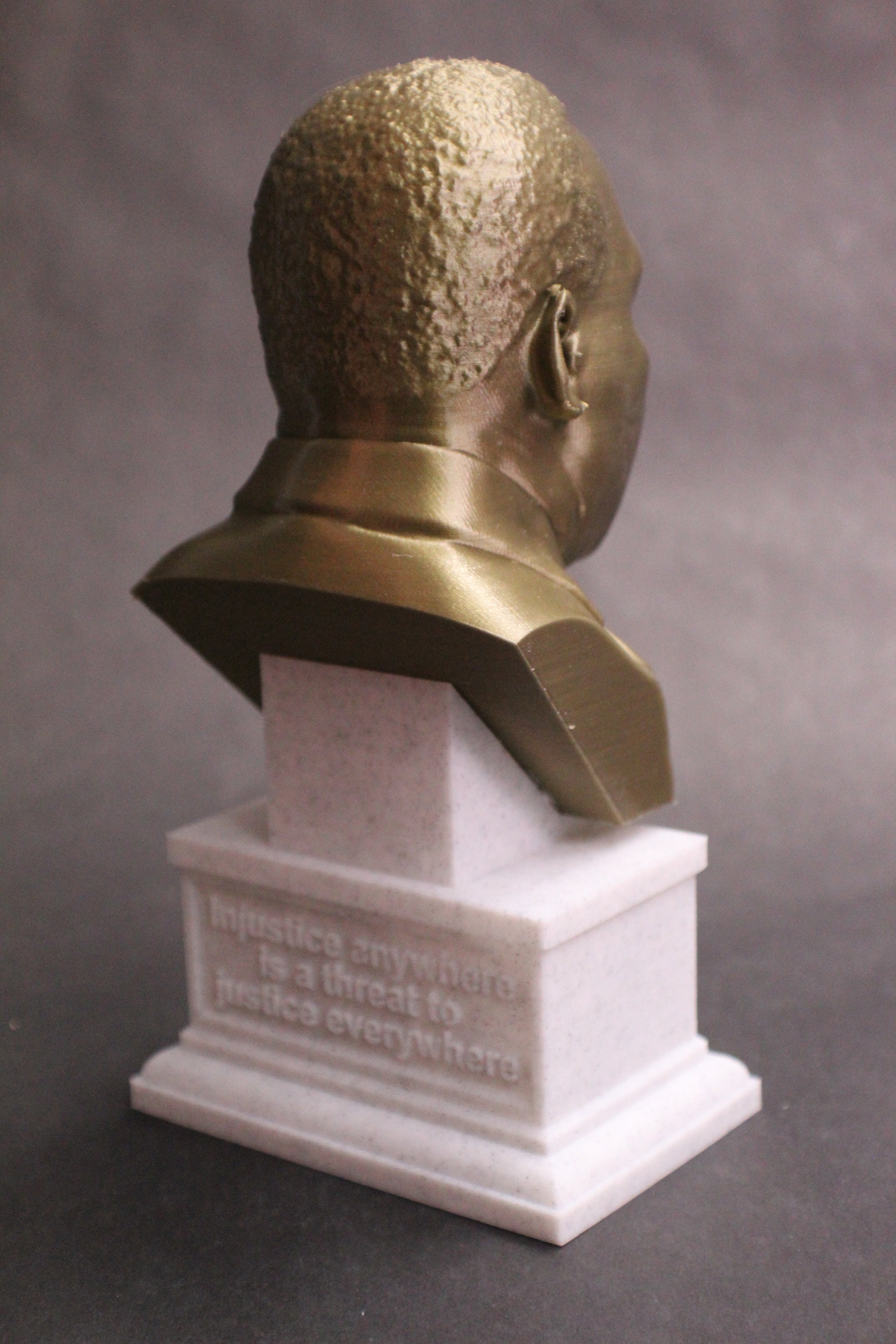 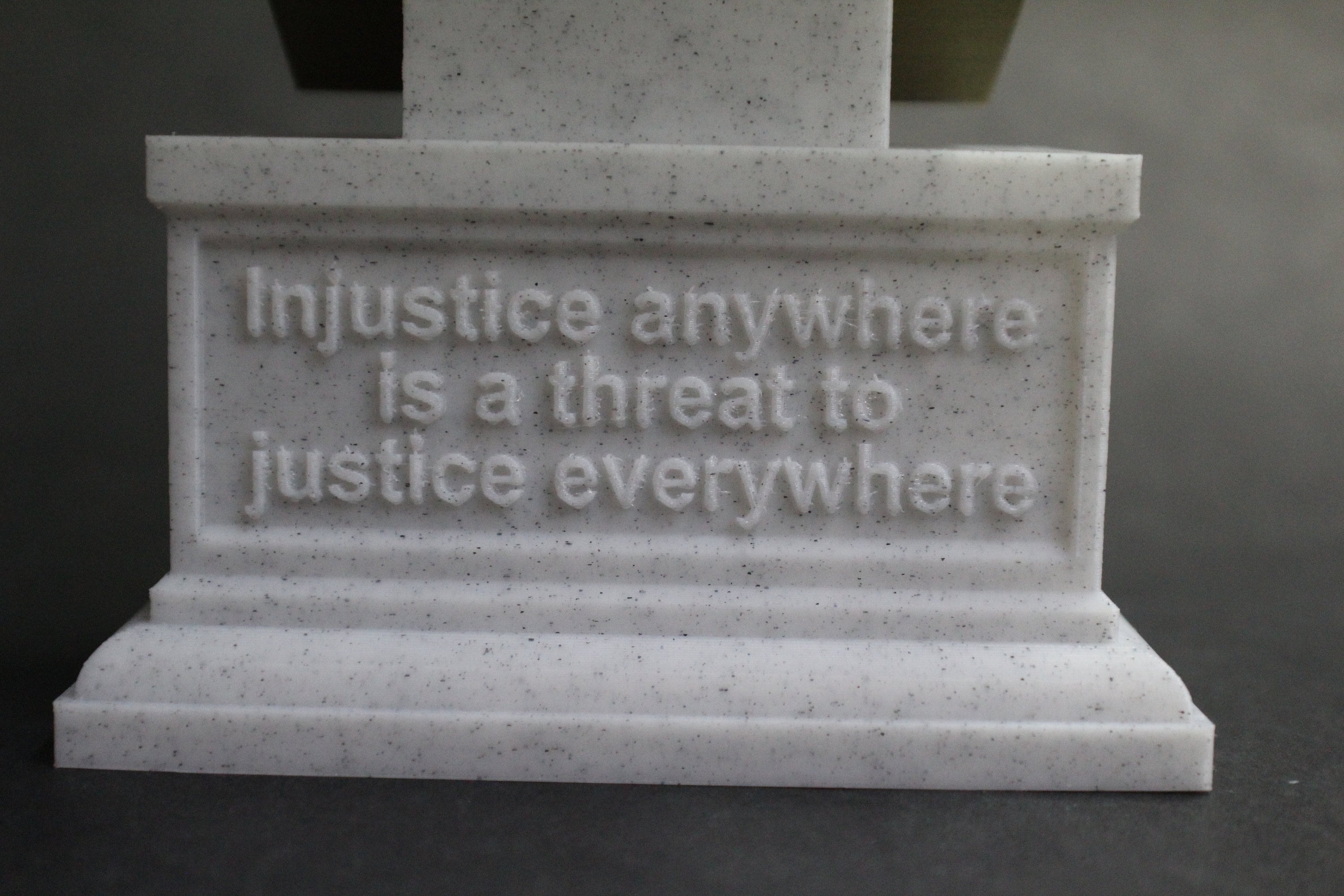 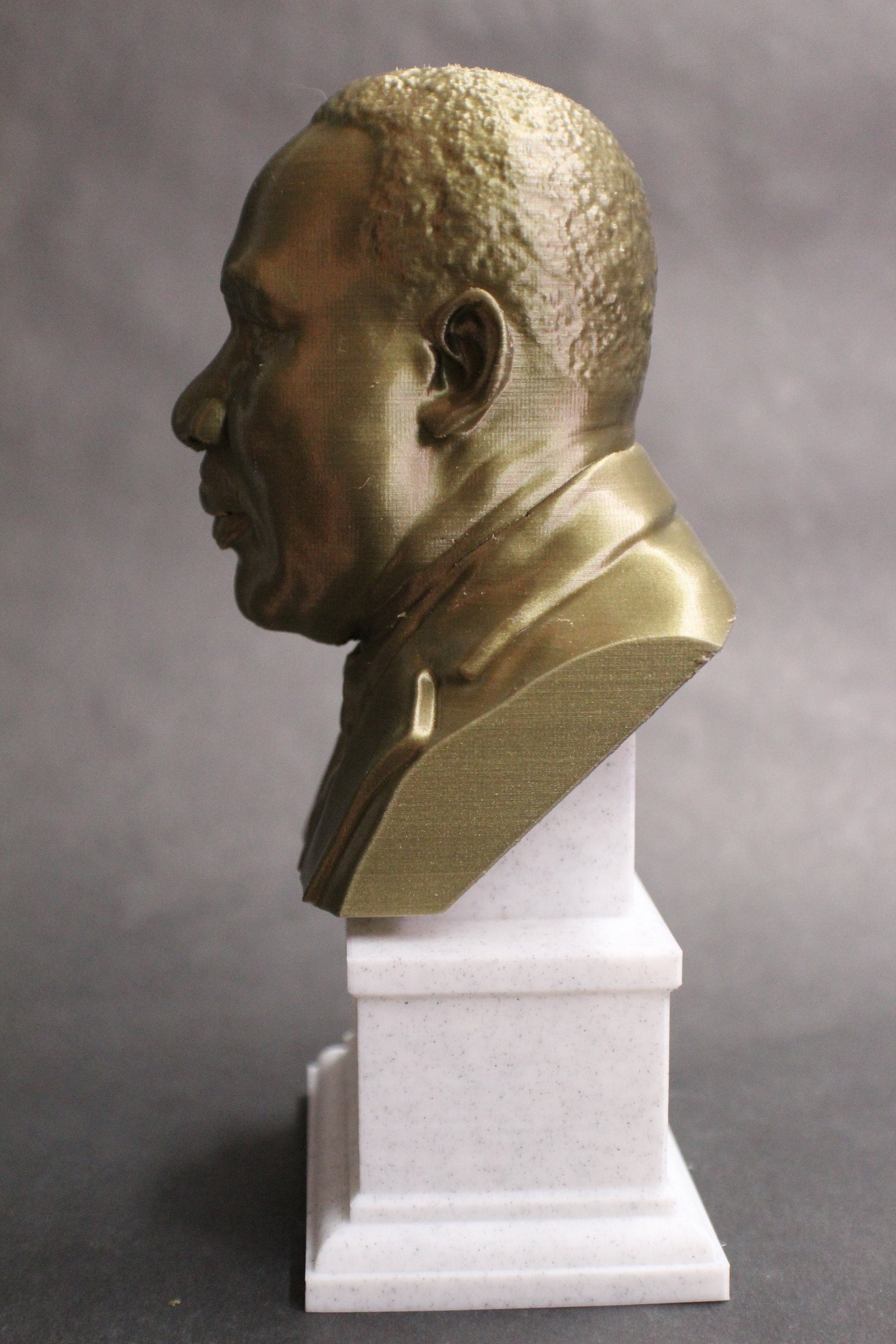 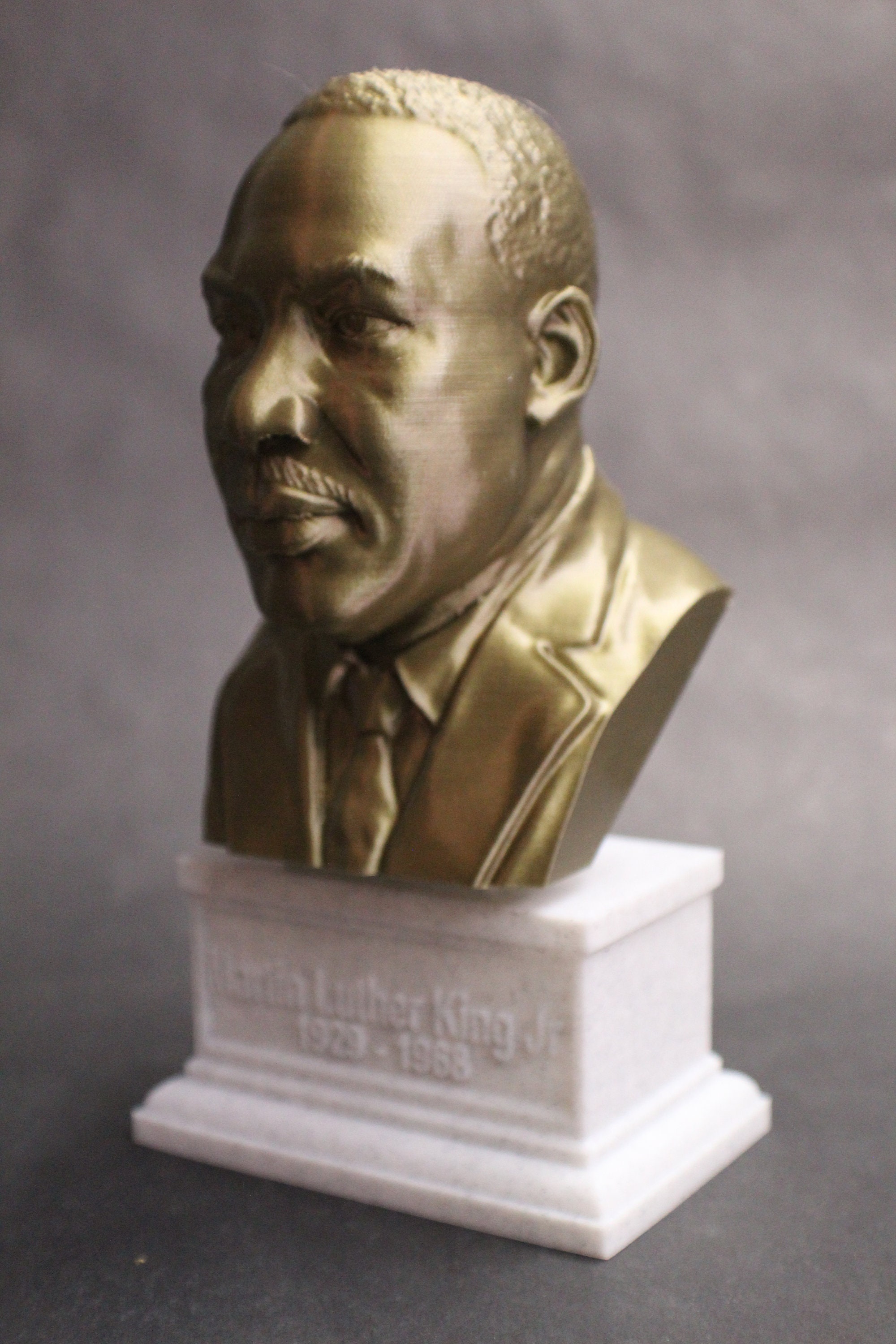 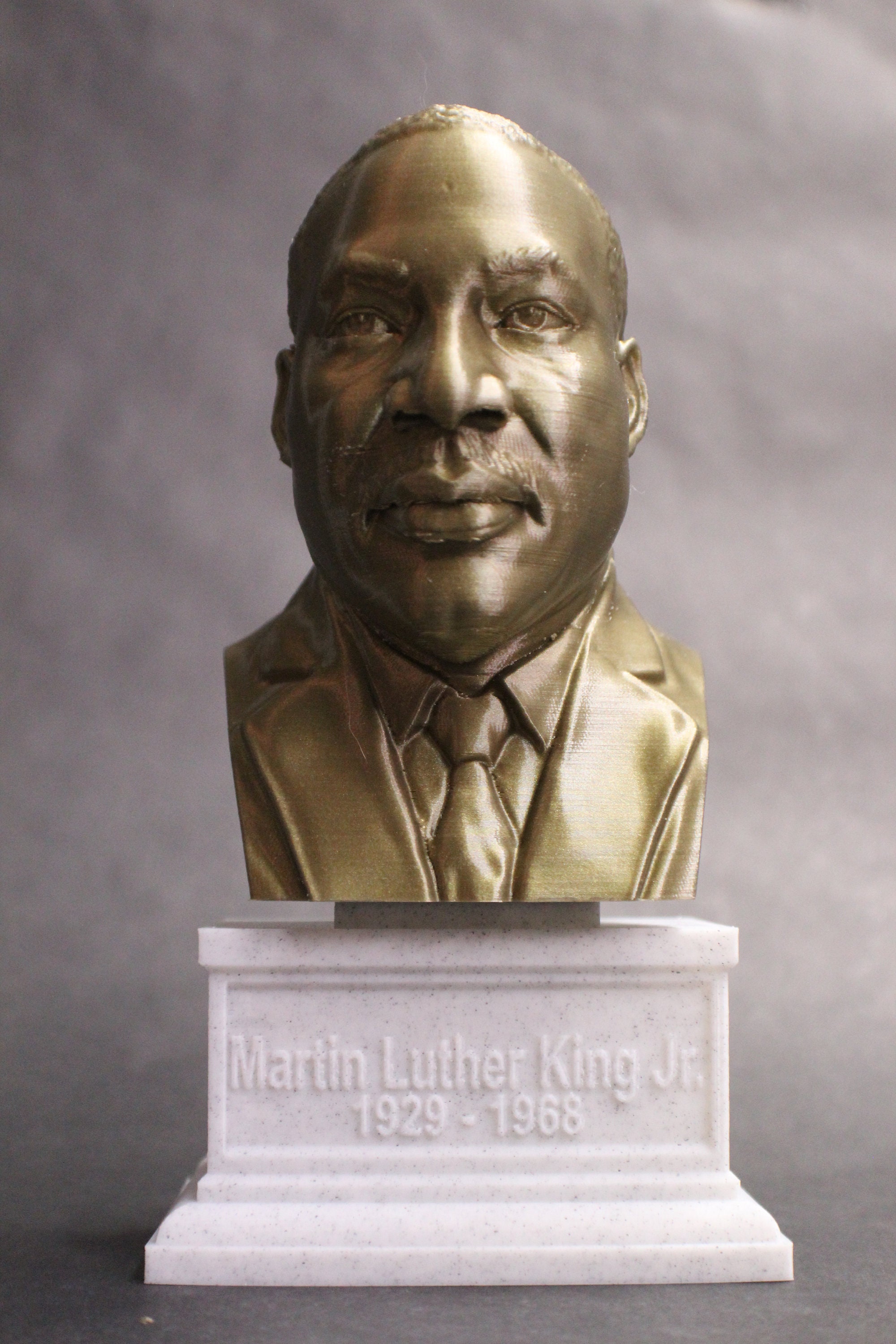 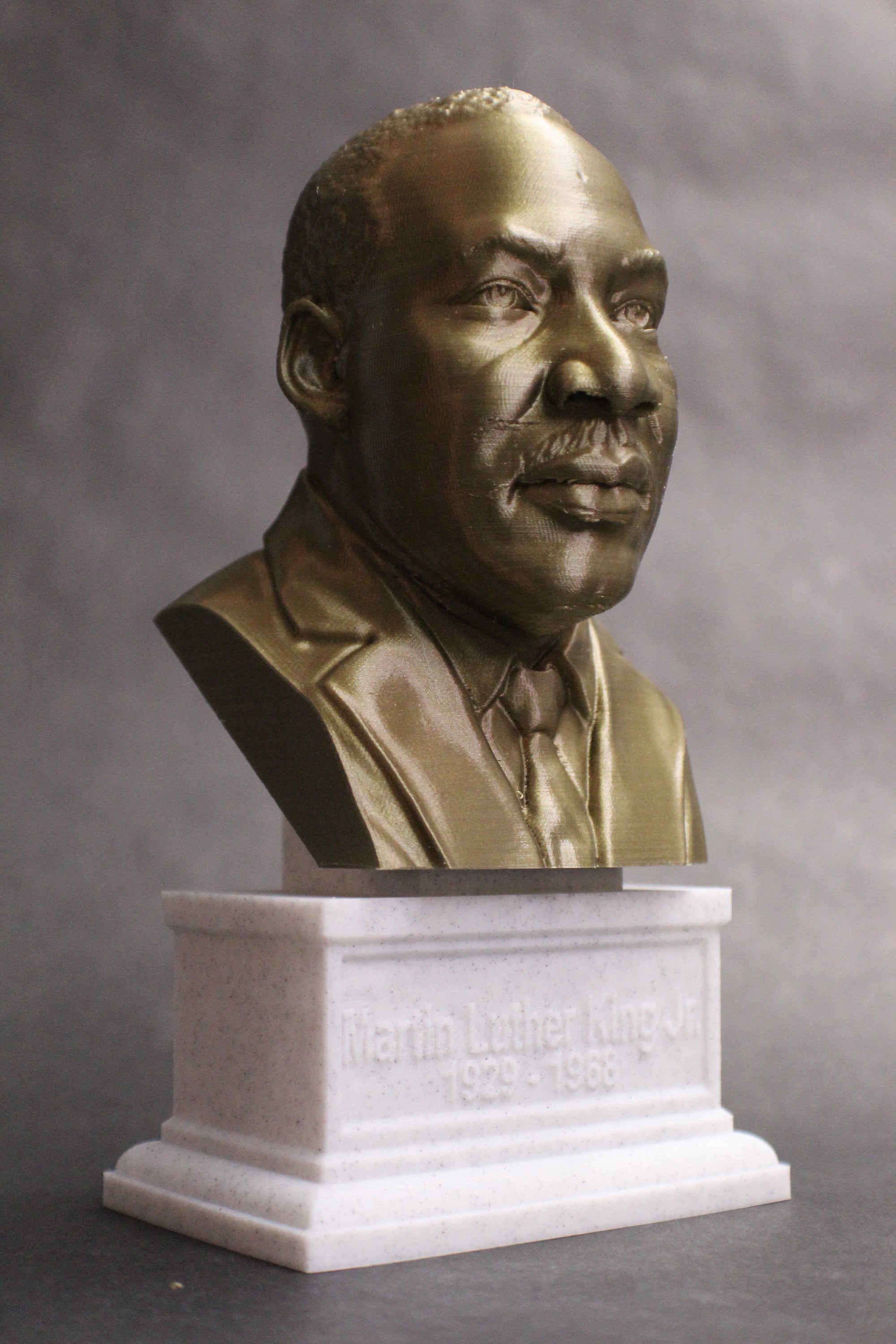 This is a 3D printed bust of Martin Luther King Jr, Activist and Reform leader. This one is printed in a marble and bronze PLA, giving it a realistic stone look and a surprise whenever someone picks it up to discover it's actual weight. It is more durable than alabaster or plaster, and is washable with lukewarm soapy water for easy spring cleaning. It comes on a custom plinth that has his lifetime on the front, and the quote:

"Injustice anywhere is a threat to justice everywhere"

King was born on January 15, 1929, in Atlanta, Georgia, to the Reverend Martin Luther King Sr. and Alberta Williams King. King's given name at birth was Michael King, and his father was also born Michael King, but, after a period of gradual transition on the elder King's part, he changed both his and his son's names in 1934. The senior King was inspired during a trip to Germany for that year's meeting of the Baptist World Alliance (BWA). While visiting sites associated with reformation leader, Martin Luther, attendees witnessed the rise of Nazism. The BWA conference issued a resolution condemning anti-Semitism, and the senior King gained deepened appreciation for the power of Luther's protest. The elder King would later state that "Michael" was a mistake by the attending physician to his son's birth, and the younger King's birth certificate was altered to read "Martin Luther King Jr." in 1957.[6] King's parents were both African-American, and he had Irish ancestry through his paternal great-grandfather.

King organized and led marches for blacks' right to vote, desegregation, labor rights, and other basic civil rights. Most of these rights were successfully enacted into the law of the United States with the passage of the Civil Rights Act of 1964 and the 1965 Voting Rights Act.

King and the SCLC put into practice many of the principles of the Christian Left and applied the tactics of nonviolent protest with great success by strategically choosing the method of protest and the places in which protests were carried out. There were often dramatic stand-offs with segregationist authorities, who sometimes turned violent.

King was criticized by many groups during the course of his participation in the civil rights movement. This included opposition by more militant blacks such as Nation of Islam member Malcolm X. Stokely Carmichael was a separatist and disagreed with King's plea for racial integration because he considered it an insult to a uniquely African-American culture. Omali Yeshitela urged Africans to remember the history of violent European colonization and how power was not secured by Europeans through integration, but by violence and force.