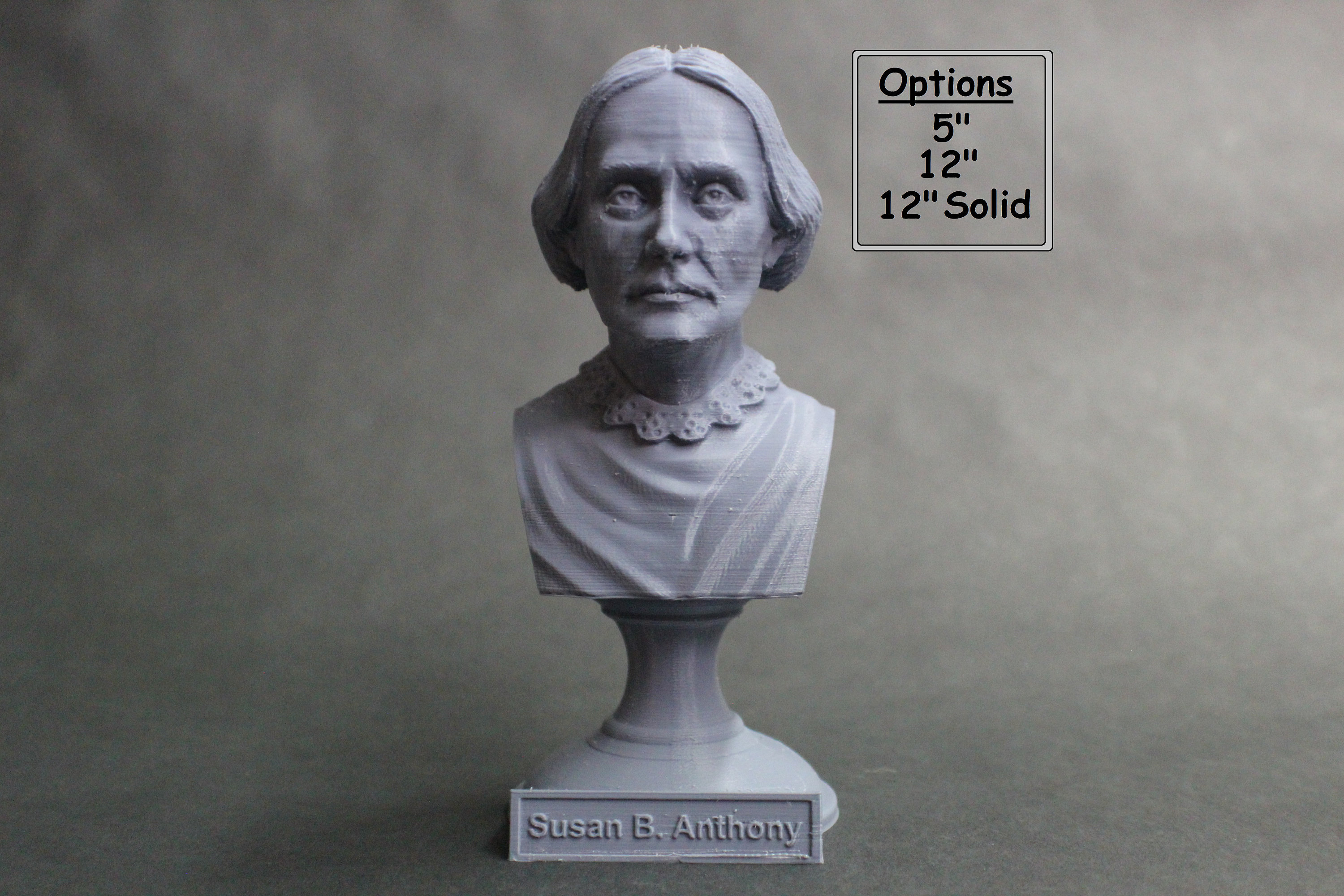 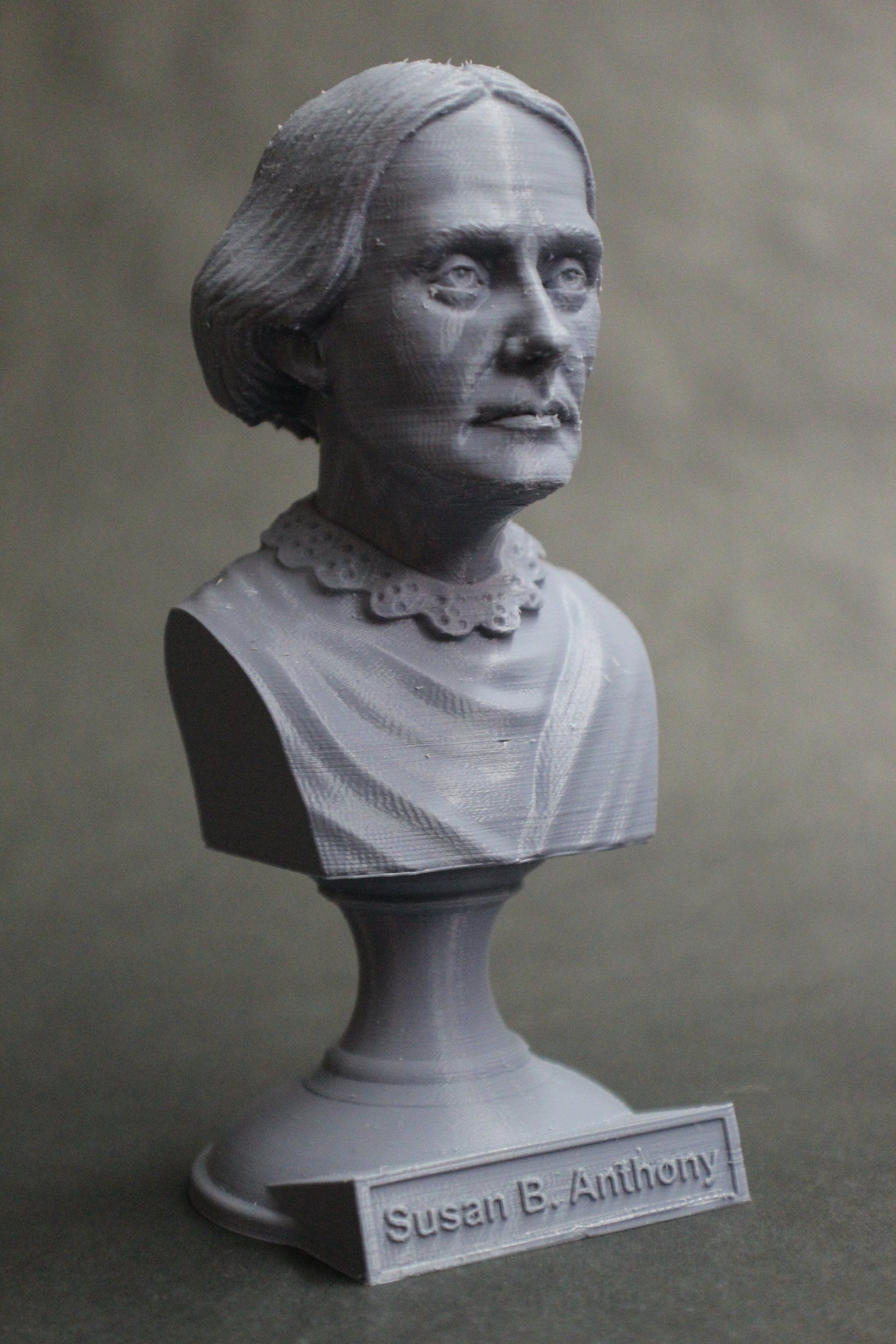 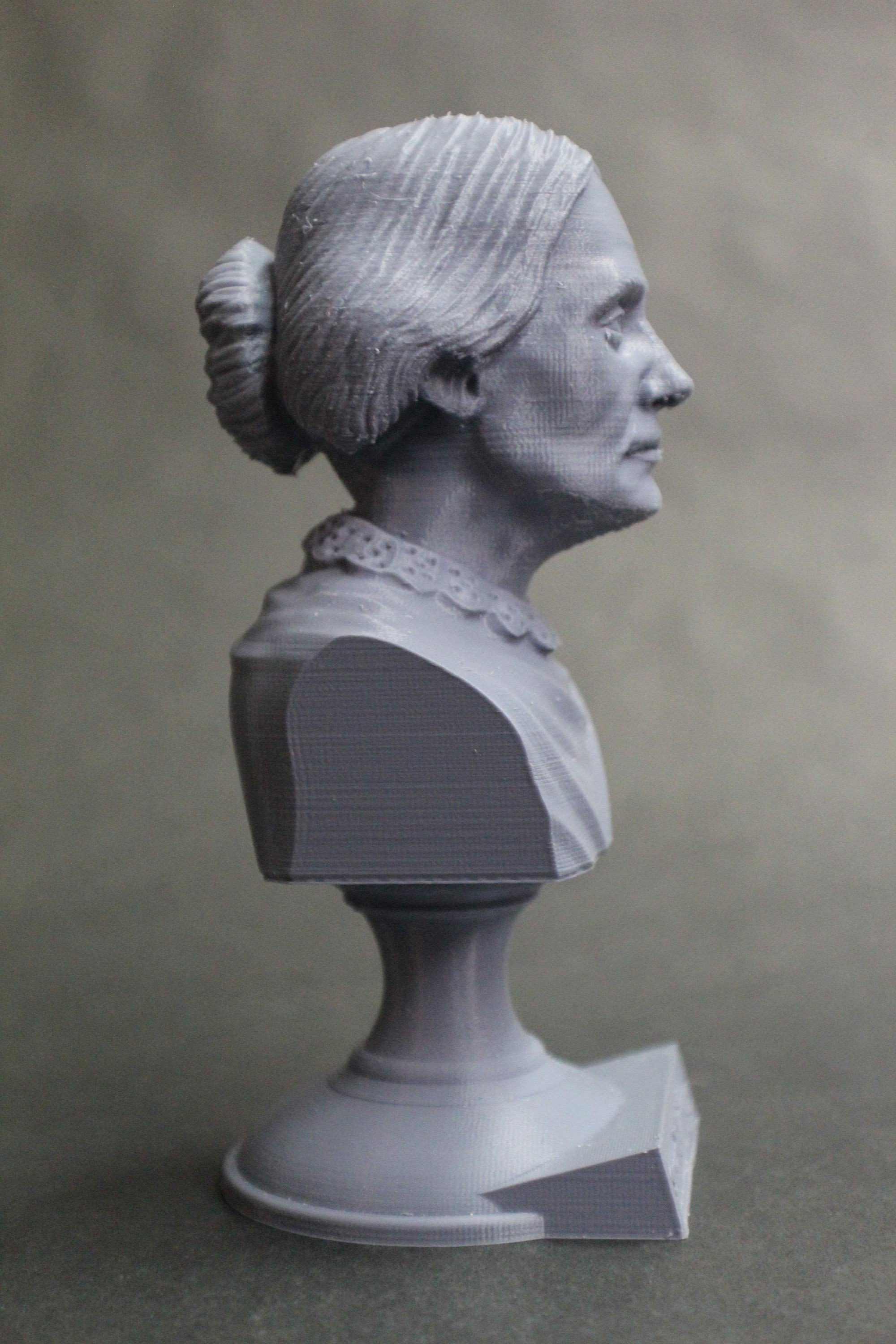 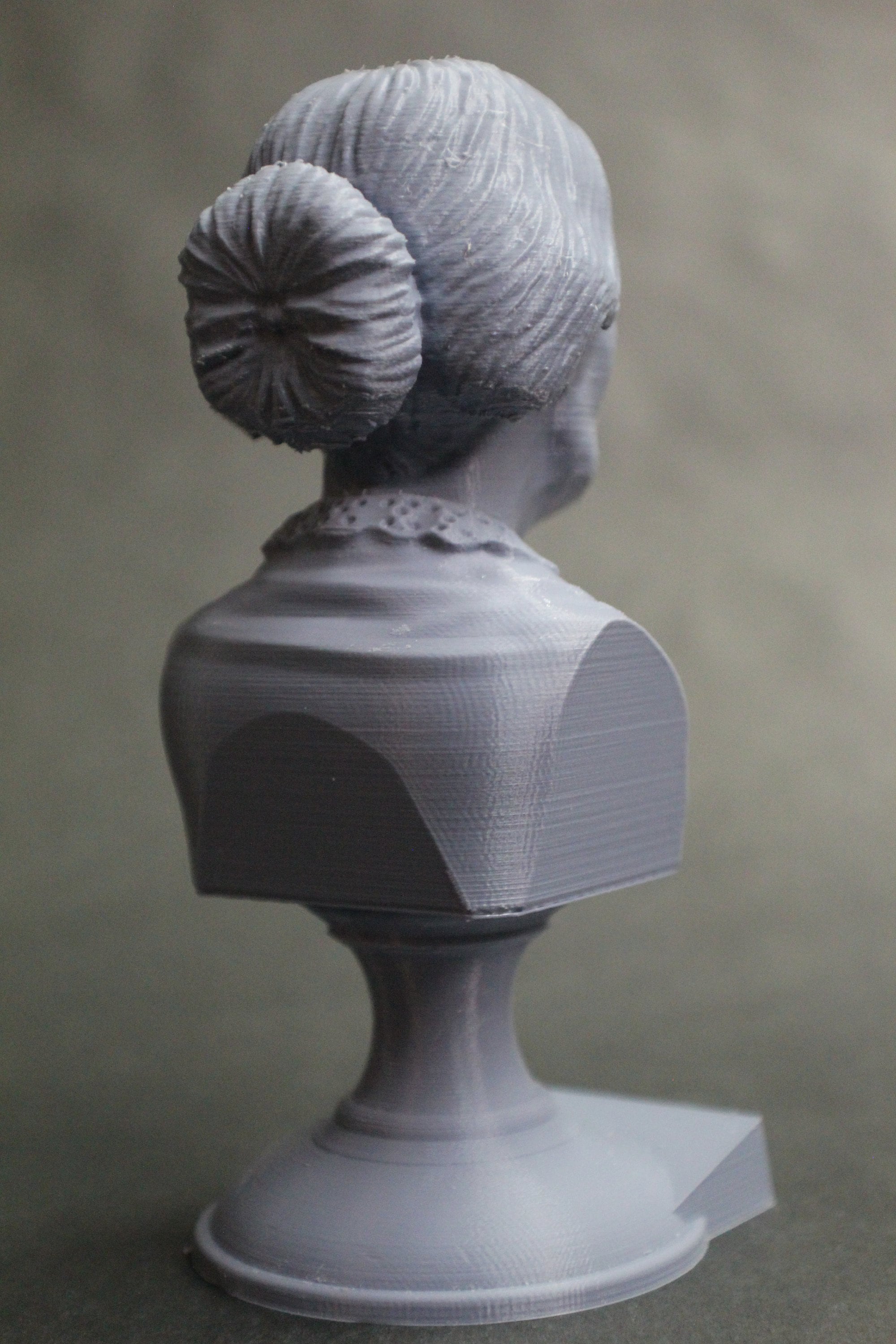 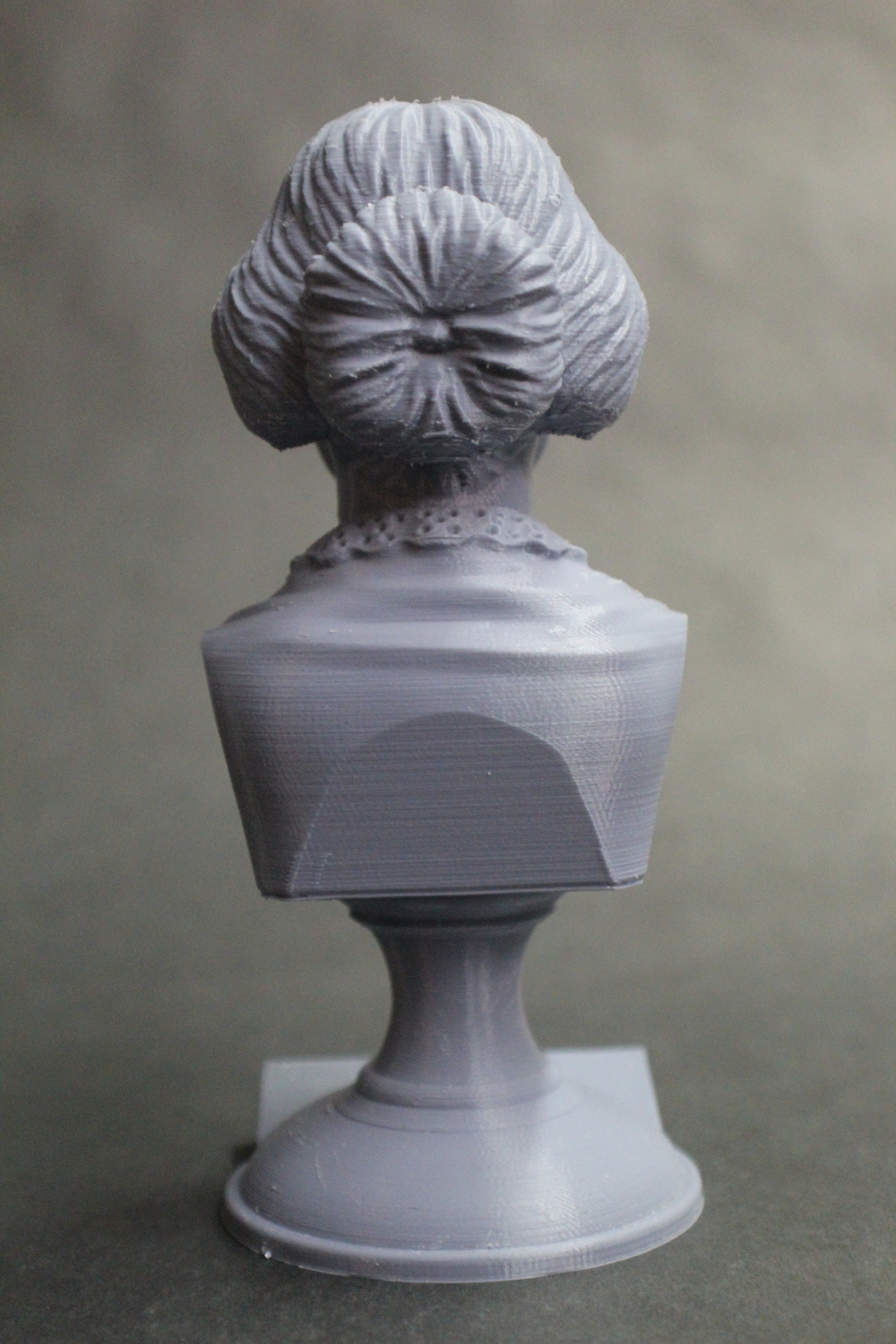 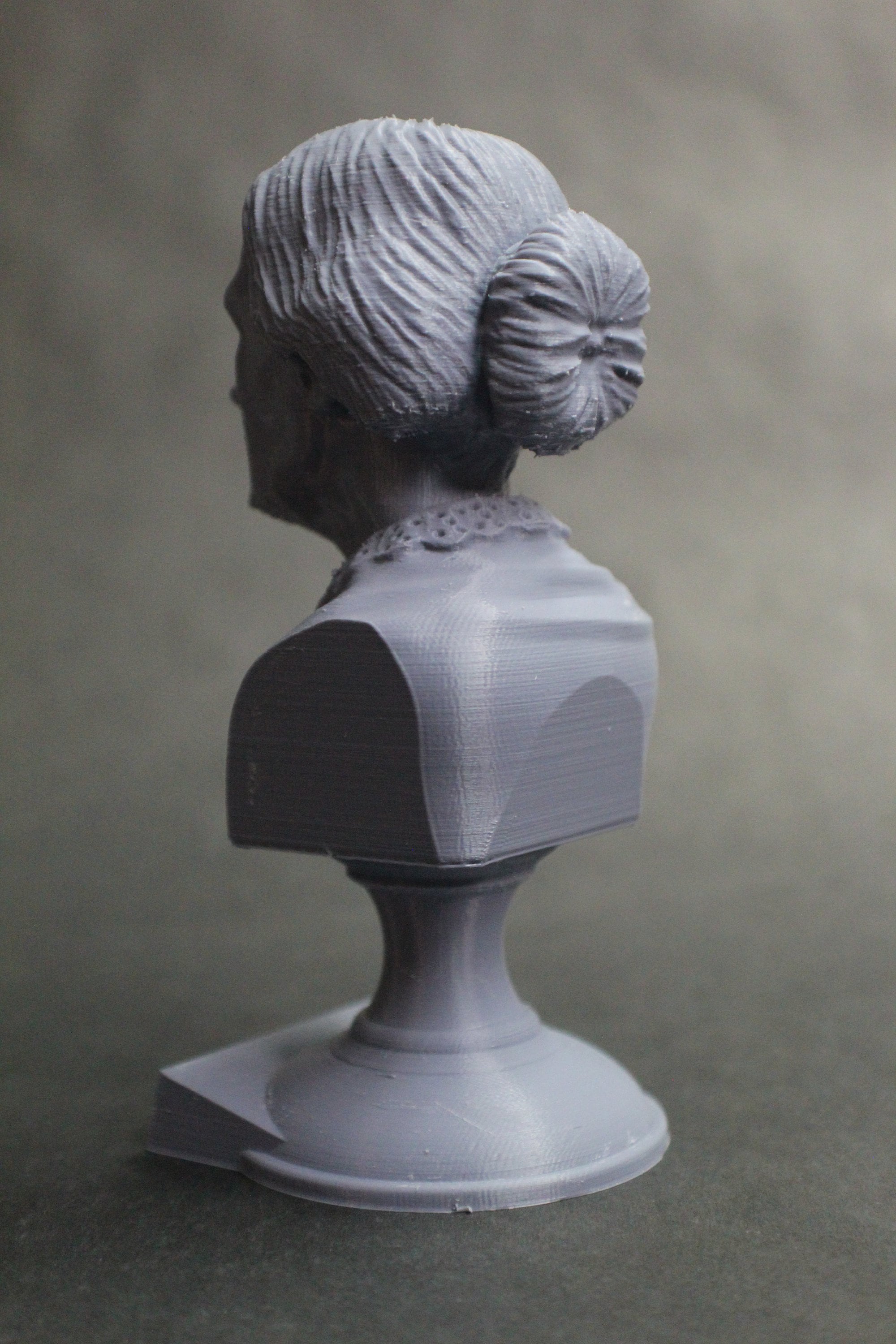 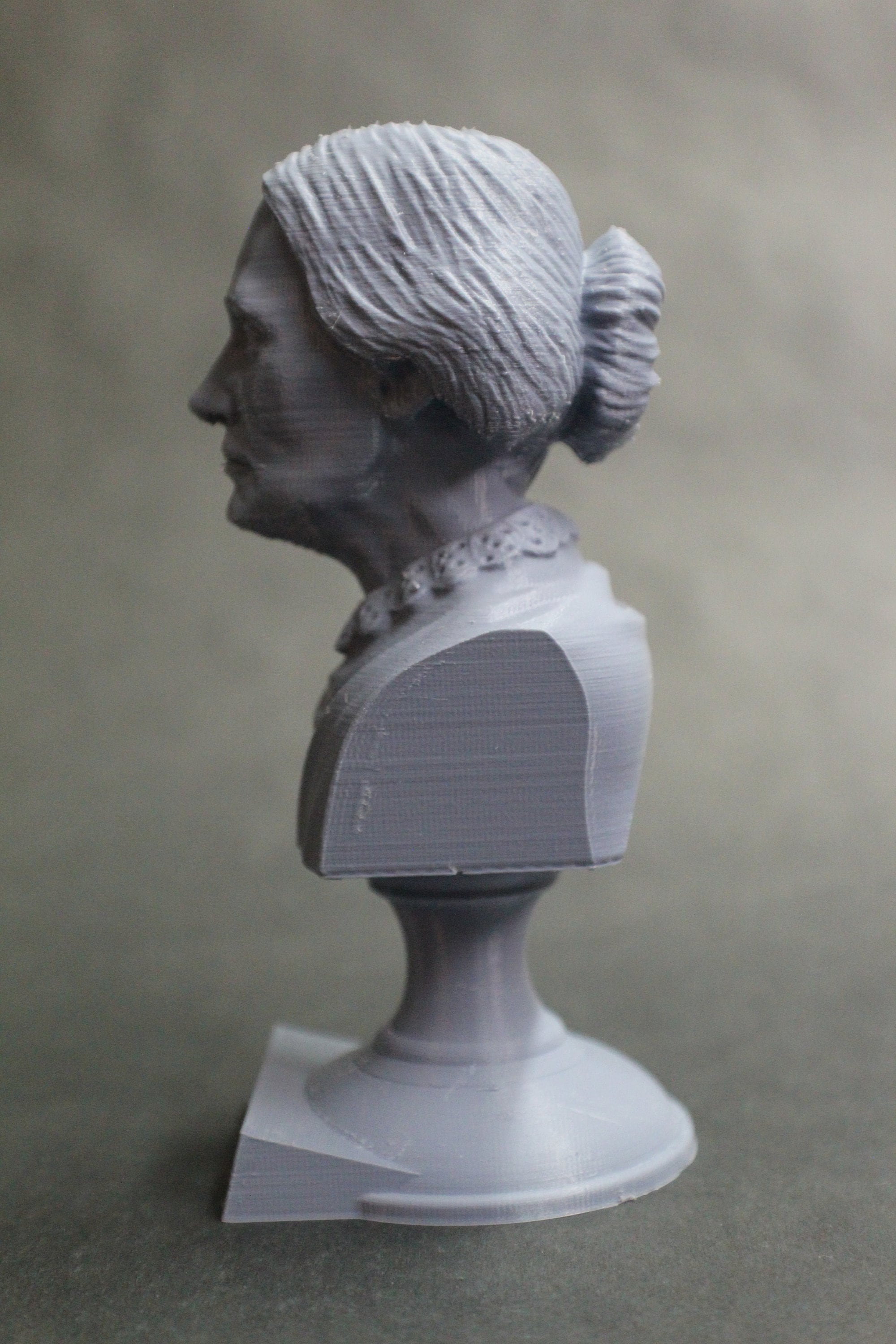 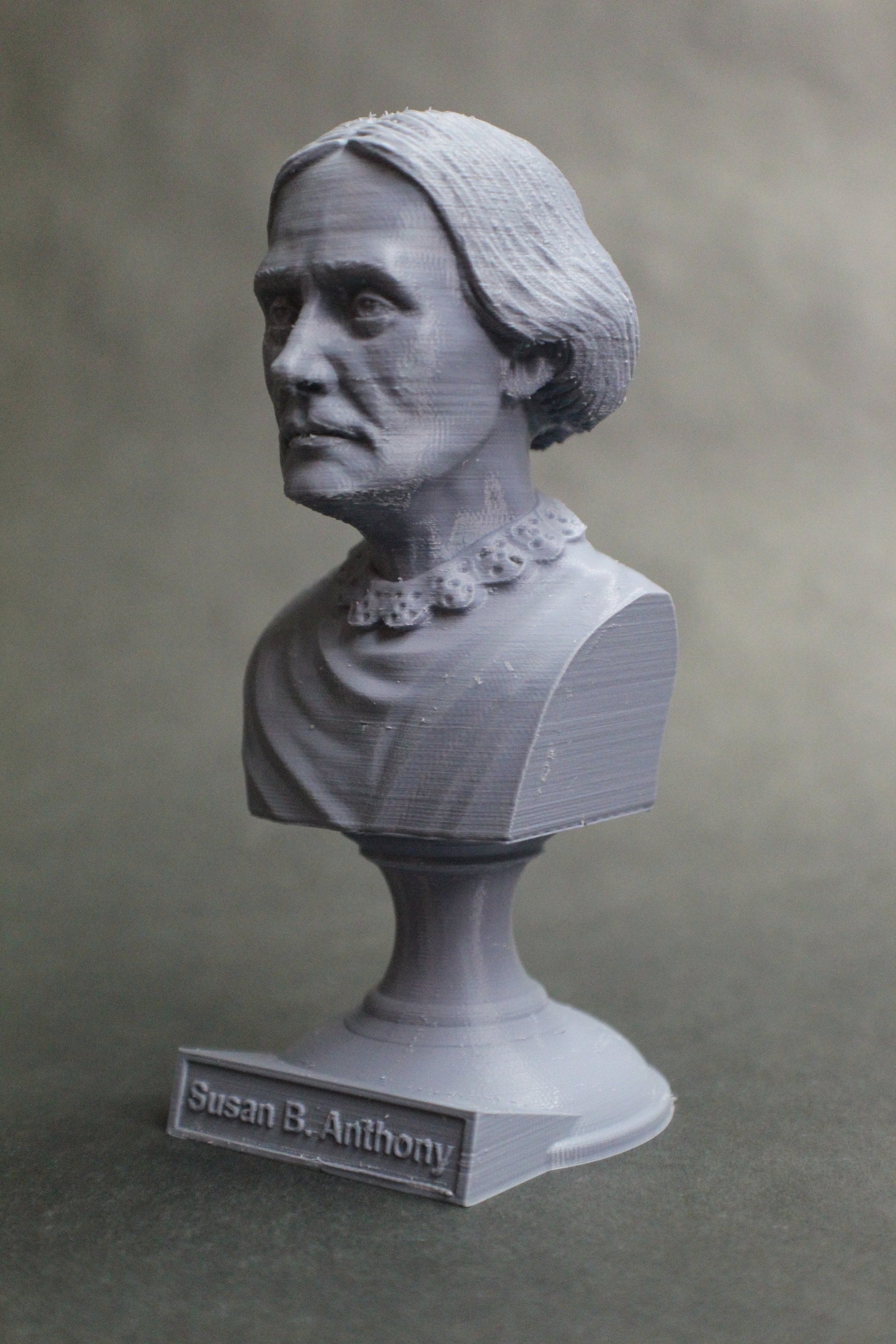 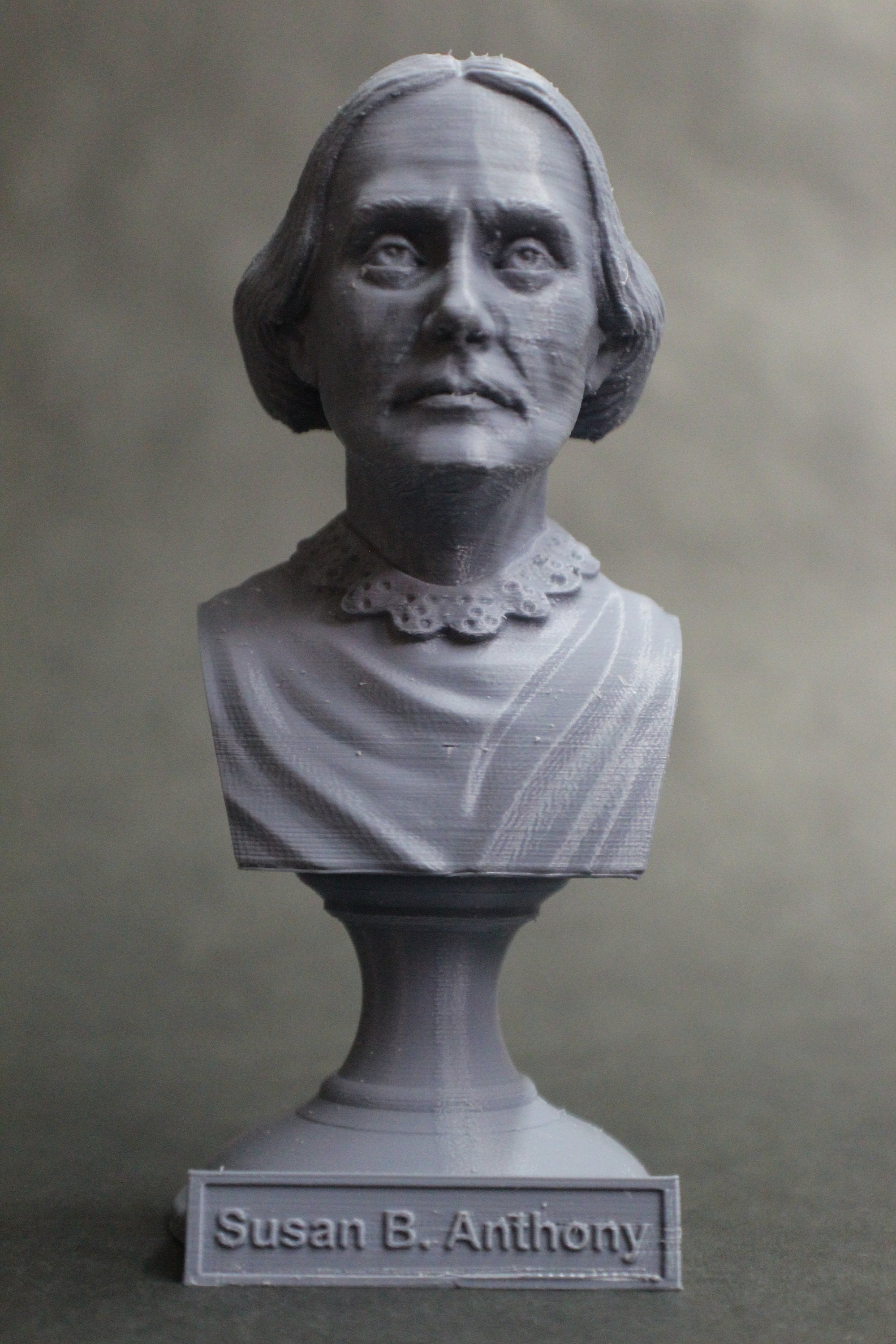 This is a 3D printed bust of Susan B. Anthony American Social Reformer and Women's Rights Activist. This one is printed in a gray PLA, giving it a detailed look and a surprise whenever someone picks it up to discover it's actual weight. It is more durable than alabaster or plaster, and is washable with lukewarm soapy water for easy spring cleaning. It comes on a custom plinth that has his name on the front.

Susan B. Anthony (February 15, 1820 – March 13, 1906) was an American social reformer and women's rights activist who played a pivotal role in the women's suffrage movement. Born into a Quaker family committed to social equality, she collected anti-slavery petitions at the age of 17. In 1856, she became the New York state agent for the American Anti-Slavery Society.

In 1851, she met Elizabeth Cady Stanton, who became her lifelong friend and co-worker in social reform activities, primarily in the field of women's rights. In 1852, they founded the New York Women's State Temperance Society after Anthony was prevented from speaking at a temperance conference because she was female. In 1863, they founded the Women's Loyal National League, which conducted the largest petition drive in United States history up to that time, collecting nearly 400,000 signatures in support of the abolition of slavery. In 1866, they initiated the American Equal Rights Association, which campaigned for equal rights for both women and African Americans. In 1868, they began publishing a women's rights newspaper called The Revolution. In 1869, they founded the National Woman Suffrage Association as part of a split in the women's movement. In 1890, the split was formally healed when their organization merged with the rival American Woman Suffrage Association to form the National American Woman Suffrage Association, with Anthony as its key force. In 1876, Anthony and Stanton began working with Matilda Joslyn Gage on what eventually grew into the six-volume History of Woman Suffrage. The interests of Anthony and Stanton diverged somewhat in later years, but the two remained close friends.

The sculptures of historical figures are wonderful! All three of my purchases are great likenesses; the level of detail is fantastic. I look forward to purchasing more of these in future.