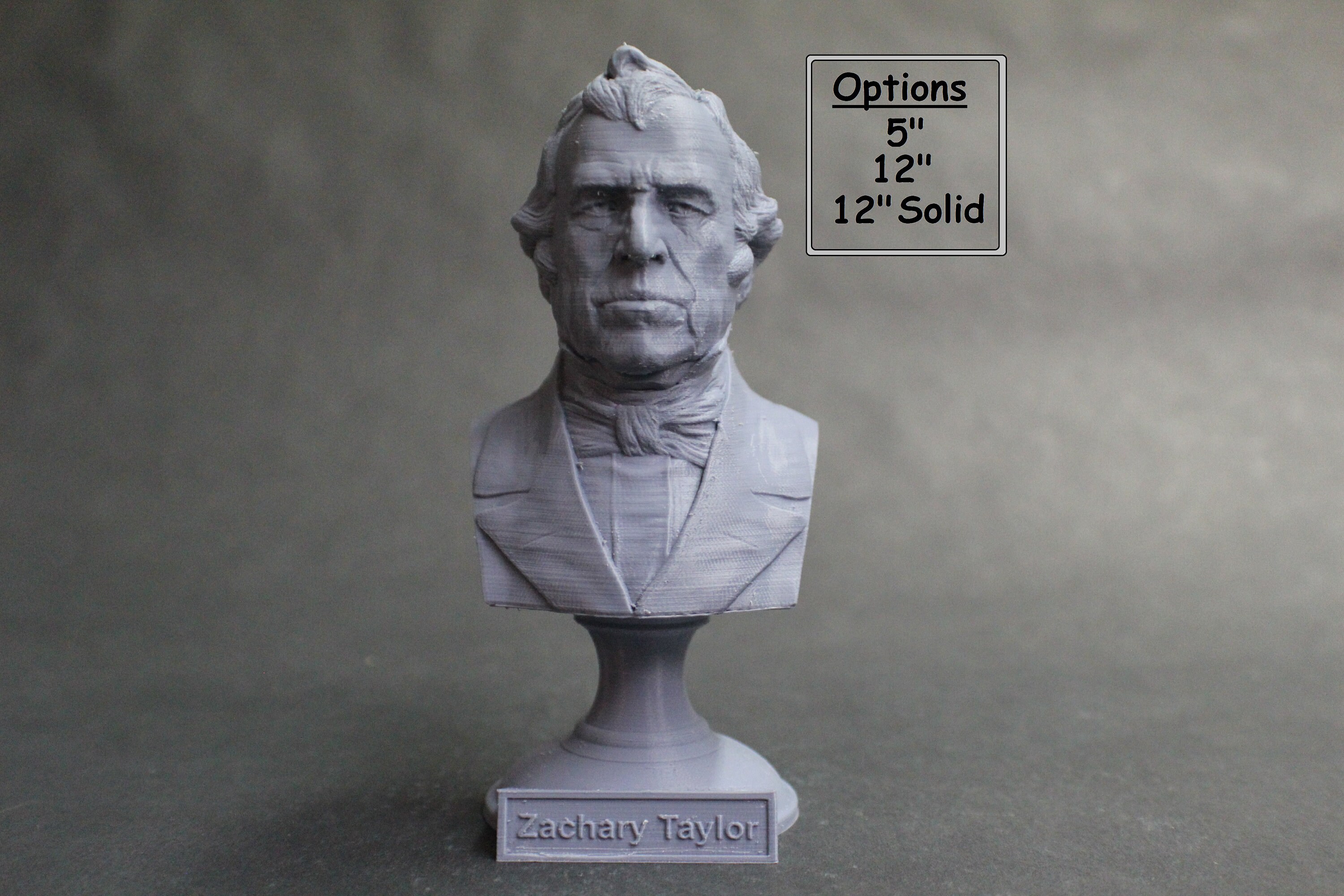 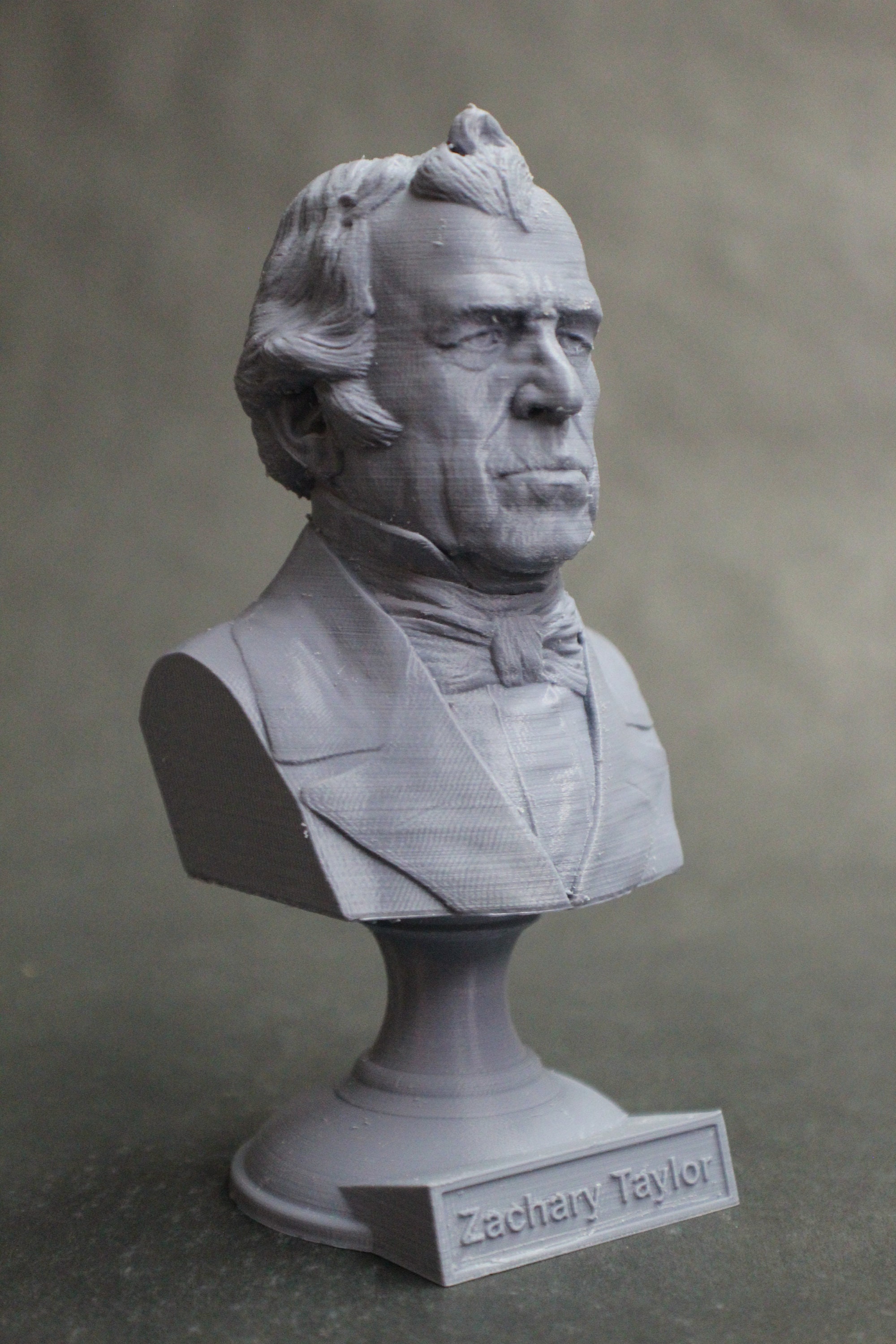 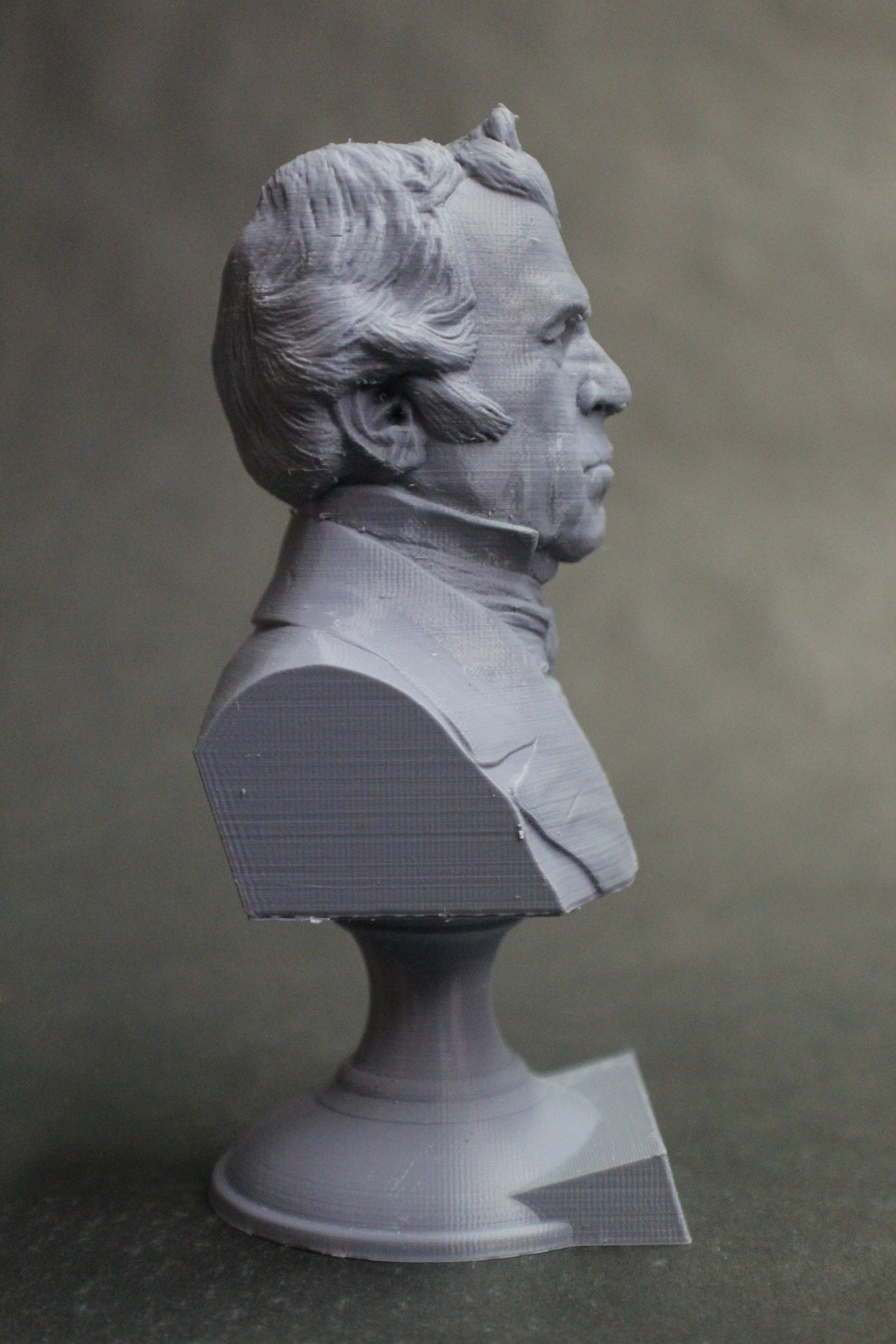 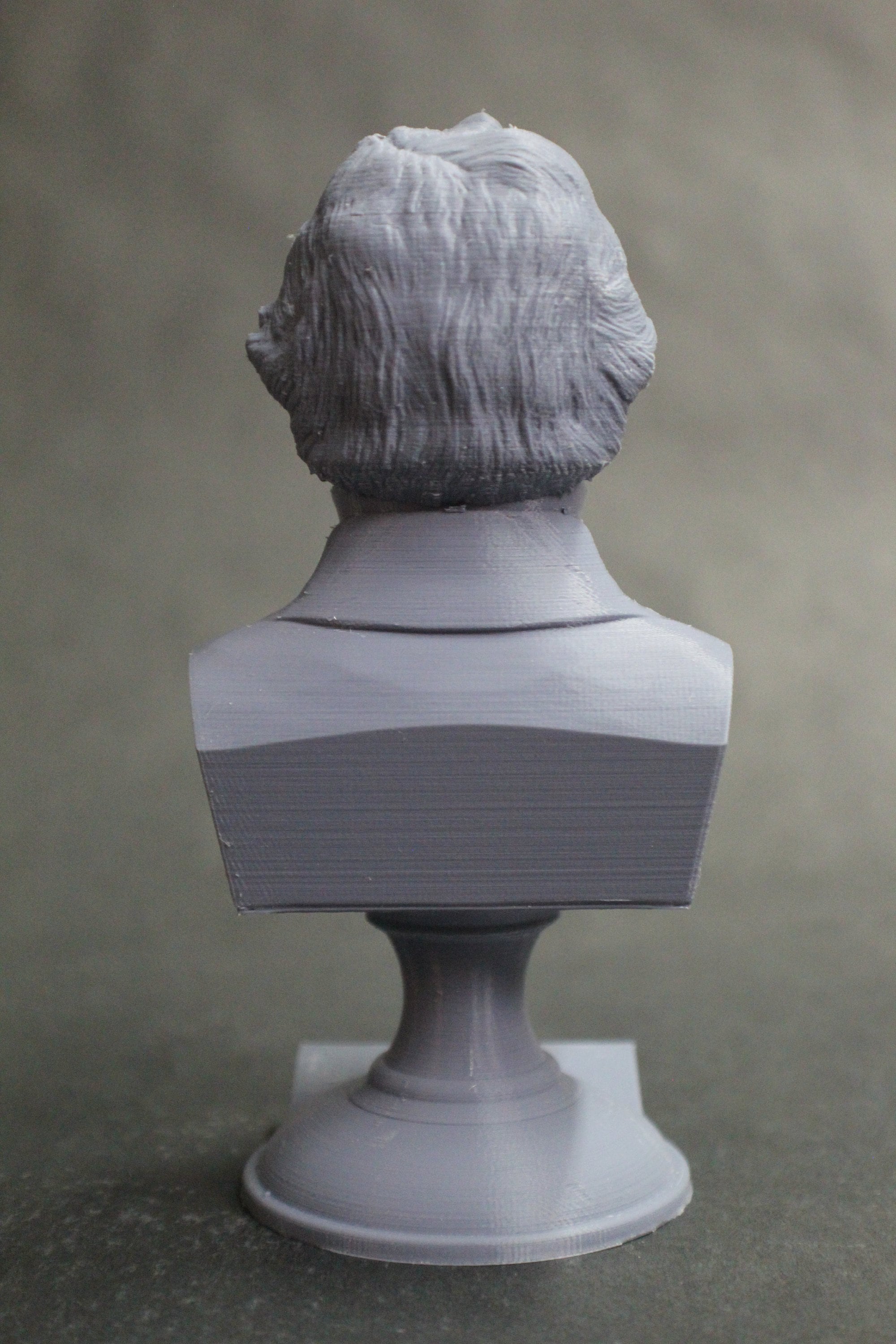 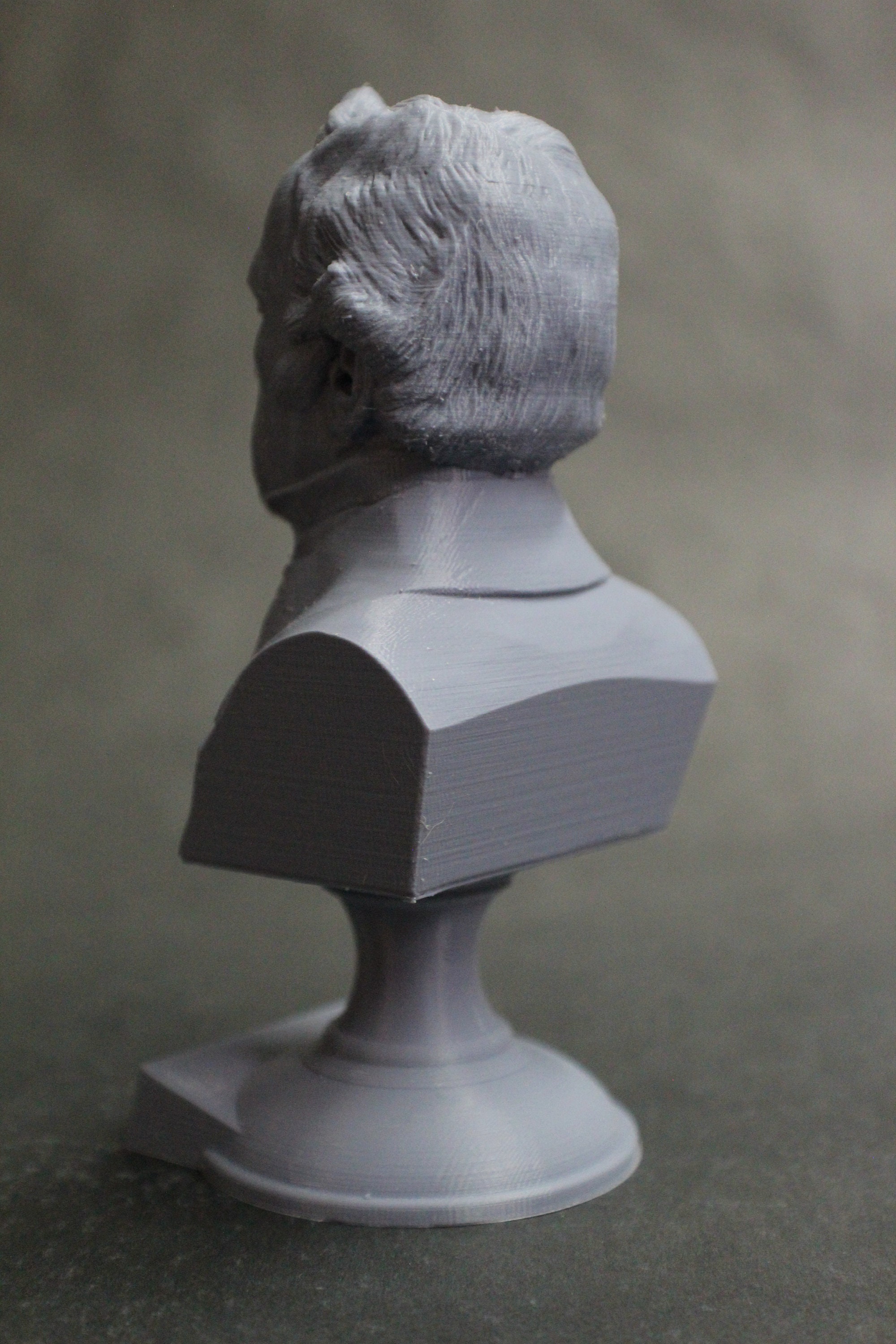 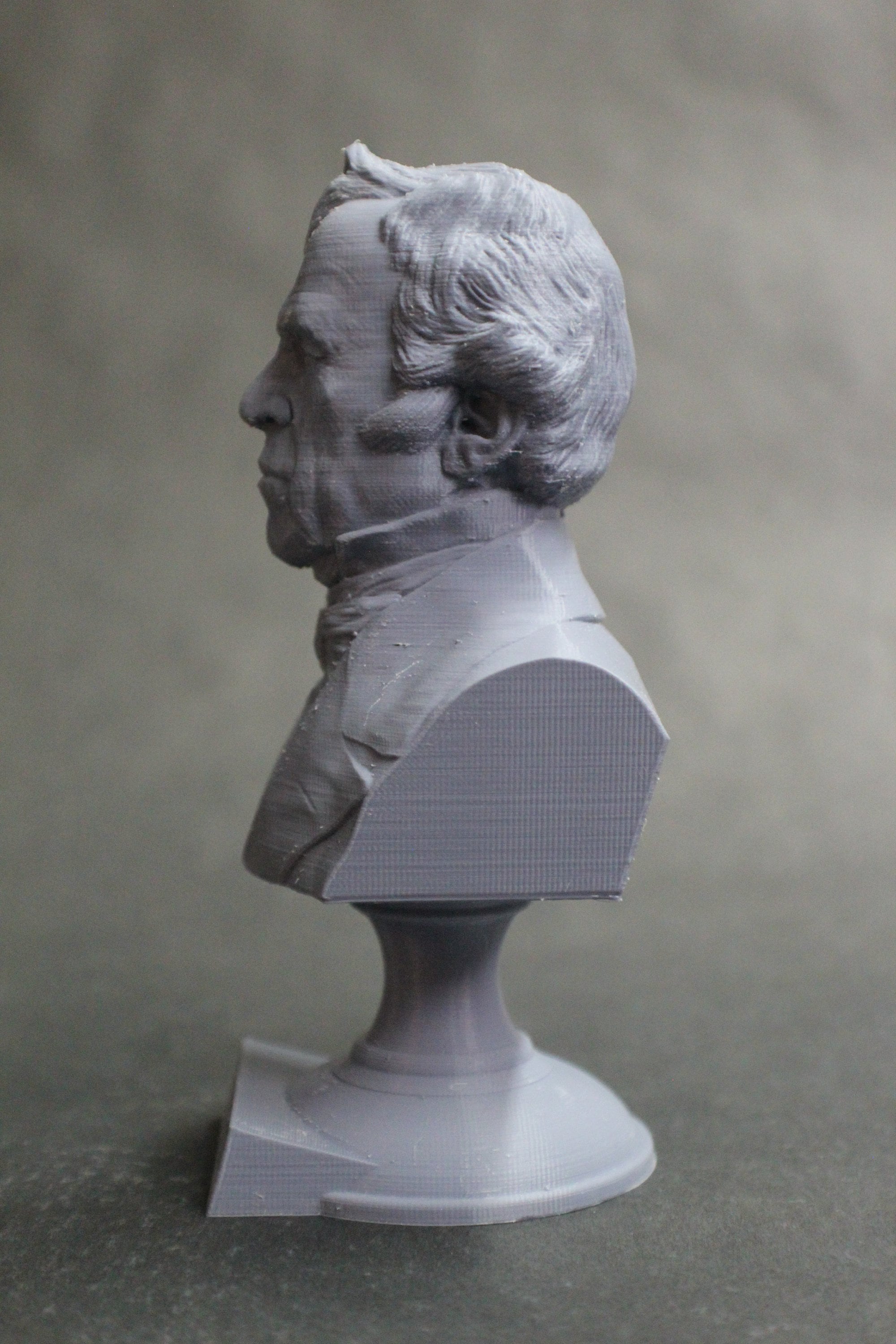 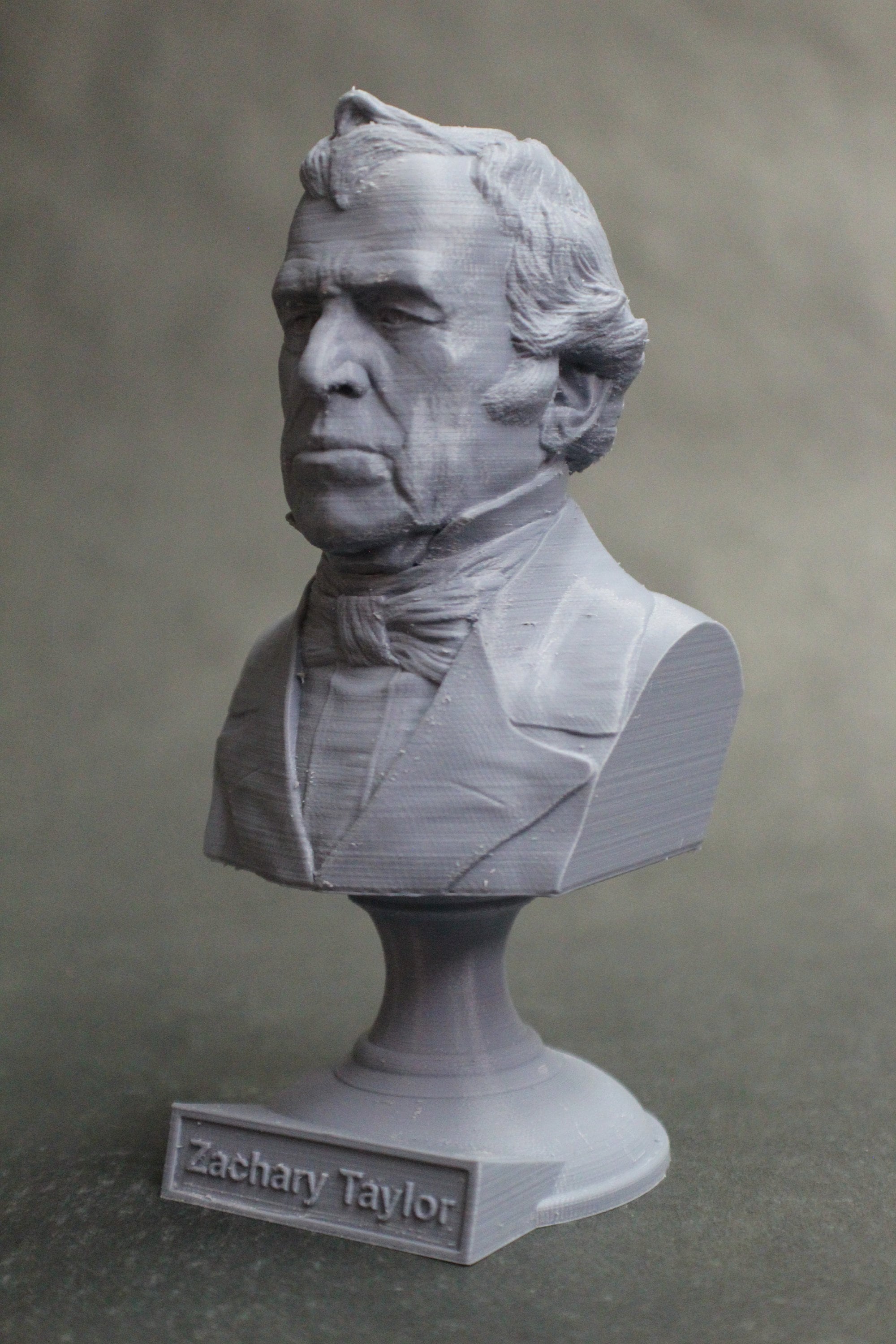 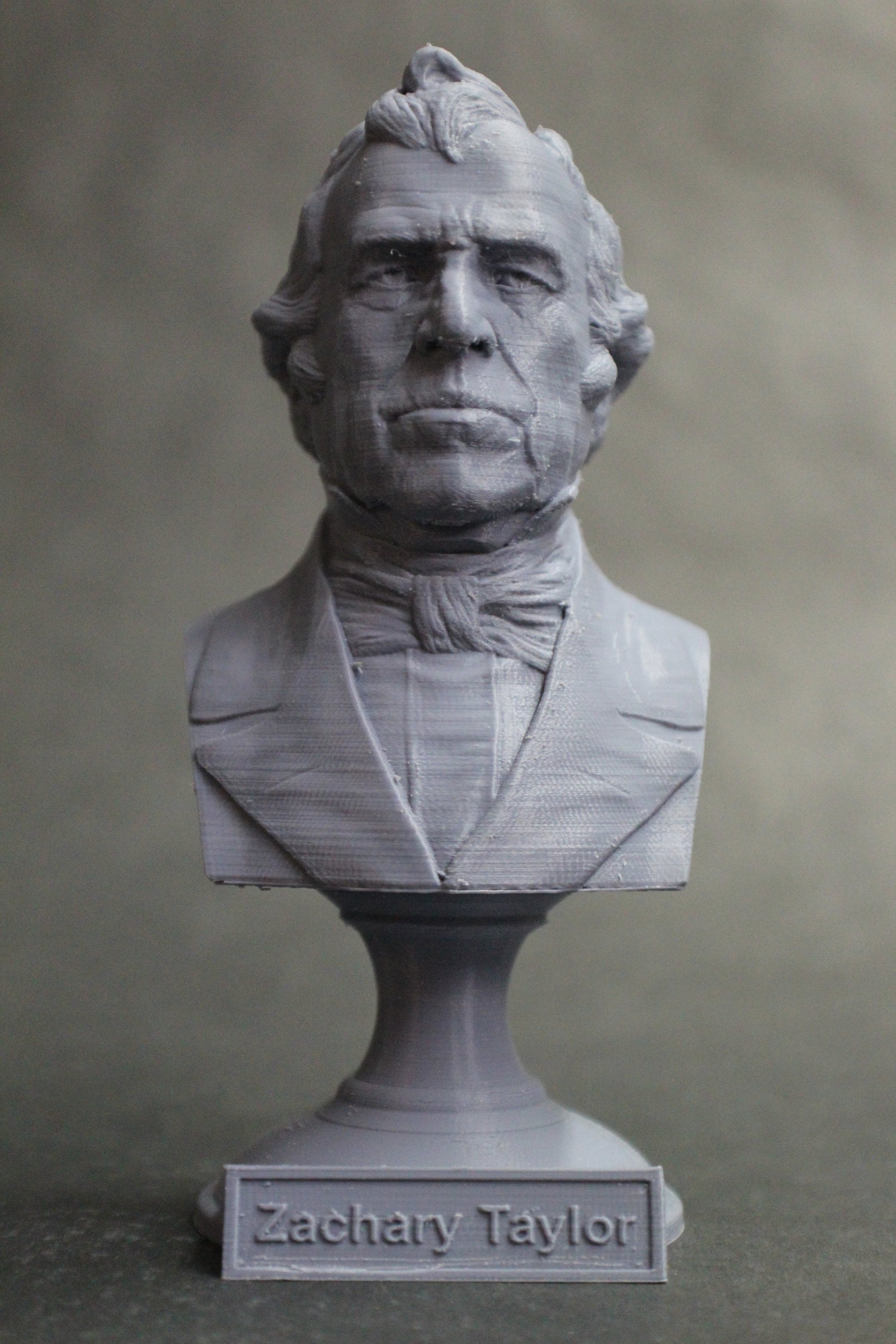 This 3D printed bust of Zachary Taylor, the twelfth United States President. This one is printed in a gray PLA, giving it a detailed look and a surprise whenever someone picks it up to discover it's actual weight. It is more durable than alabaster or plaster, and is washable with lukewarm soapy water for easy spring cleaning. It comes on a custom plinth that has his name on the front.

Zachary Taylor was the 12th president of the United States, serving from March 1849 until his death in July 1850. Taylor previously was a career officer in the United States Army, rose to the rank of major general and became a national hero as a result of his victories in the Mexican–American War. As a result, he won election to the White House despite his vague political beliefs. His top priority as president was preserving the Union, but he died sixteen months into his term, before making any progress on the status of slavery, which had been inflaming tensions in Congress.

Taylor was born into a prominent family of plantation owners who moved westward from Virginia to Kentucky in his youth. He was commissioned as an officer in the U.S. Army in 1808 and made a name for himself as a captain in the War of 1812. He climbed the ranks establishing military forts along the Mississippi River and entered the Black Hawk War as a colonel in 1832. His success in the Second Seminole War attracted national attention and earned him the nickname "Old Rough and Ready". In 1845, during the annexation of Texas, President James K. Polk dispatched Taylor to the Rio Grande in anticipation of a battle with Mexico over the disputed Texas–Mexico border. The Mexican–American War broke out in April 1846, and Taylor defeated Mexican troops commanded by General Mariano Arista at the battles of Palo Alto and Resaca de la Palma and drove his troops out of Texas. Taylor then led his troops into Mexico, where they defeated Mexican troops commanded by Pedro de Ampudia at the Battle of Monterrey. Defying orders, Taylor led his troops further south and, despite being severely outnumbered, dealt a crushing blow to Mexican forces under Antonio López de Santa Anna at the Battle of Buena Vista. Taylor's troops were transferred to the command of Major General Winfield Scott, but Taylor retained his popularity.

The Whig Party convinced the reluctant Taylor to lead their ticket in the 1848 presidential election, despite his unclear political tenets and lack of interest in politics. At the 1848 Whig National Convention, Taylor defeated Scott and former Senator Henry Clay to take the nomination. He won the general election alongside New York politician Millard Fillmore, defeating Democratic Party candidates Lewis Cass and William Orlando Butler, as well as a third-party effort led by former president Martin Van Buren and Charles Francis Adams, Sr. of the Free Soil Party. Taylor became the first president to be elected without having served in a prior political office.