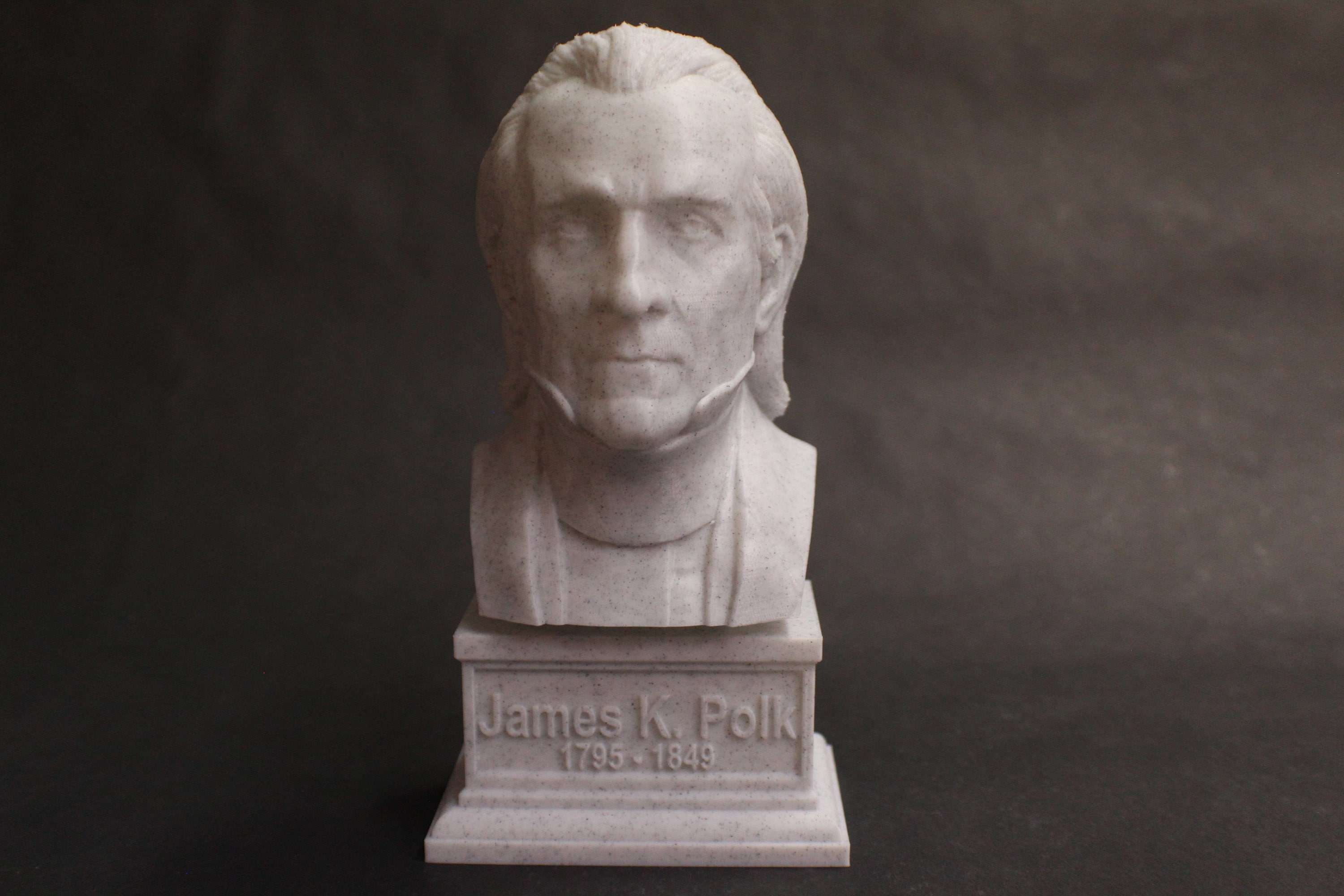 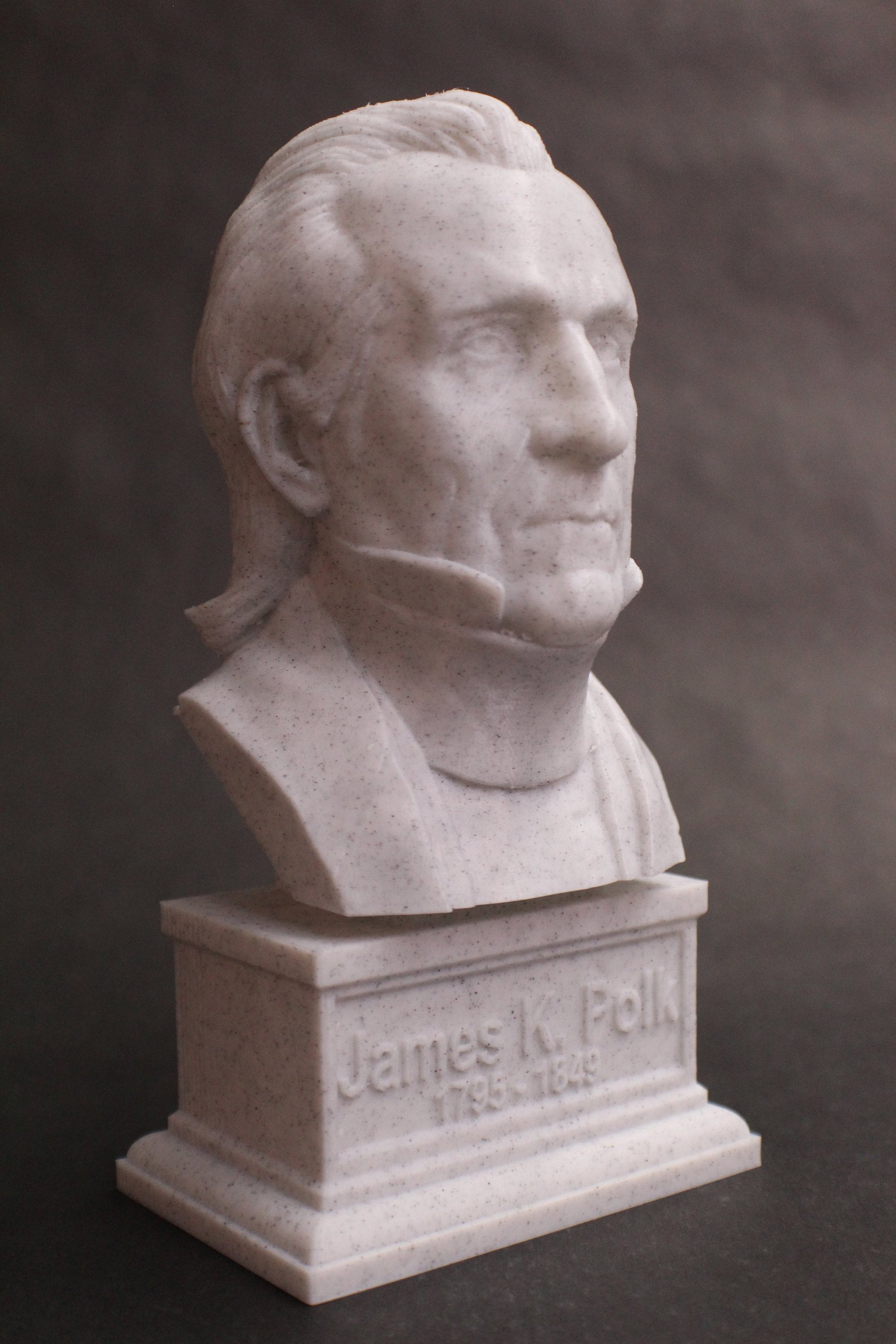 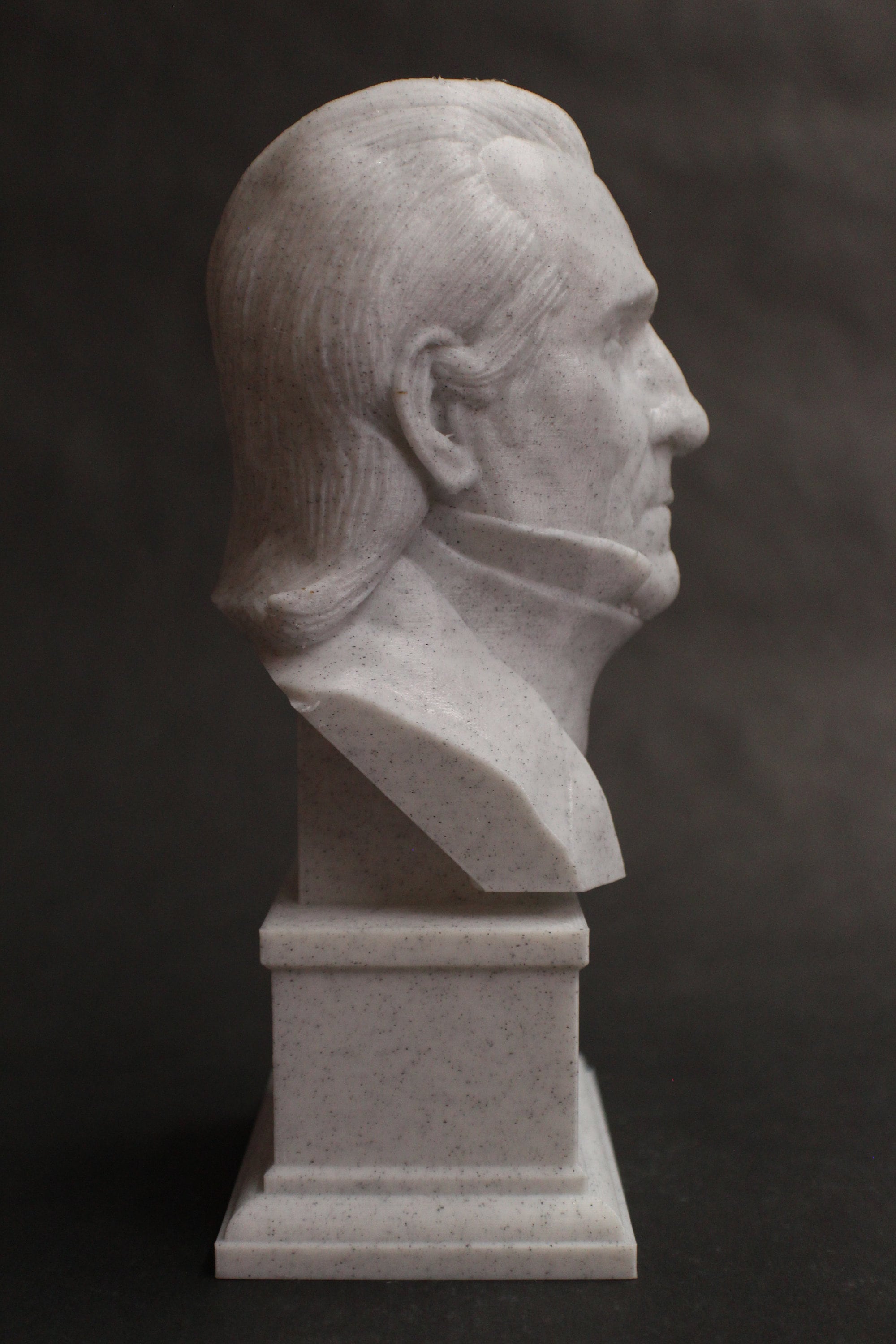 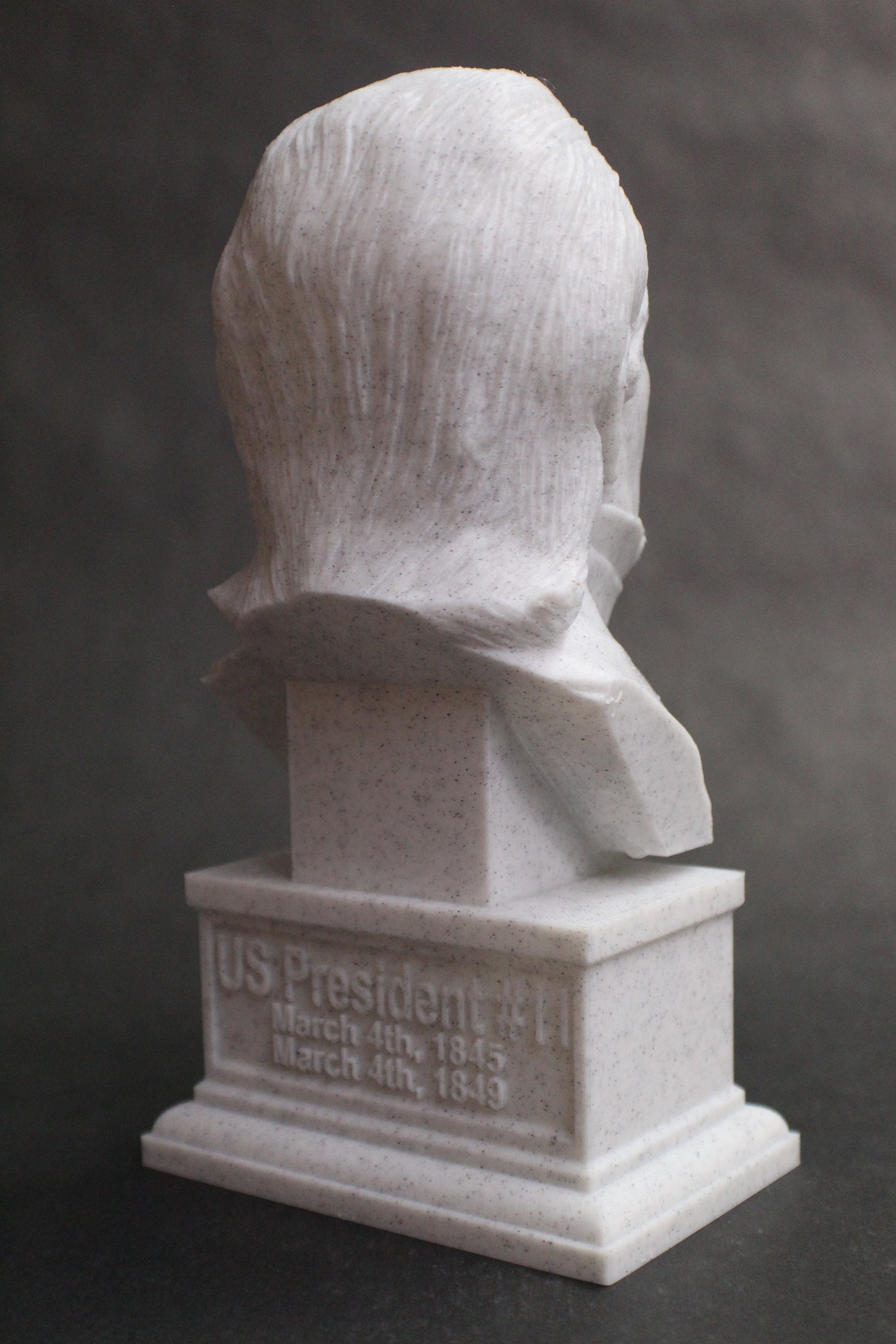 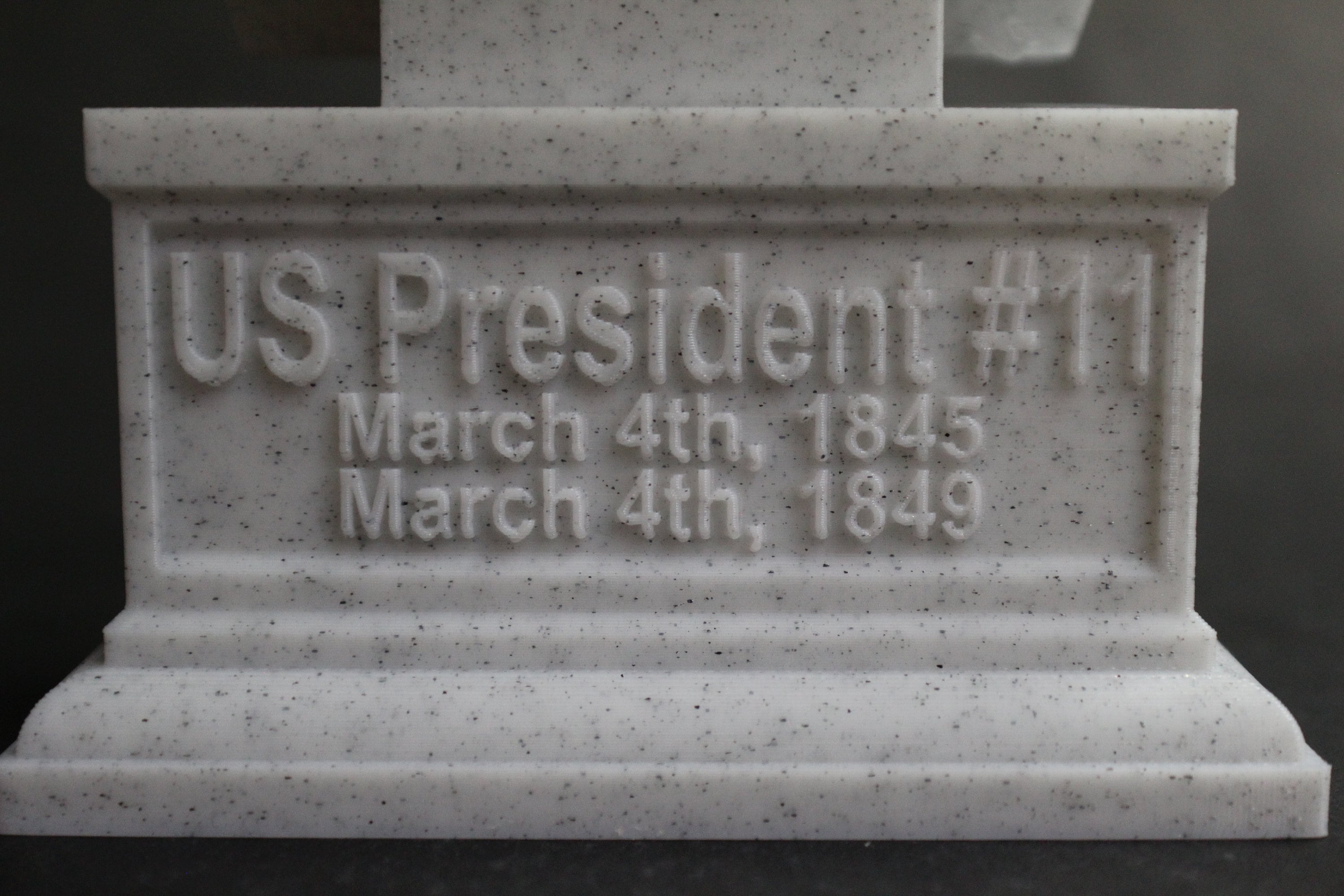 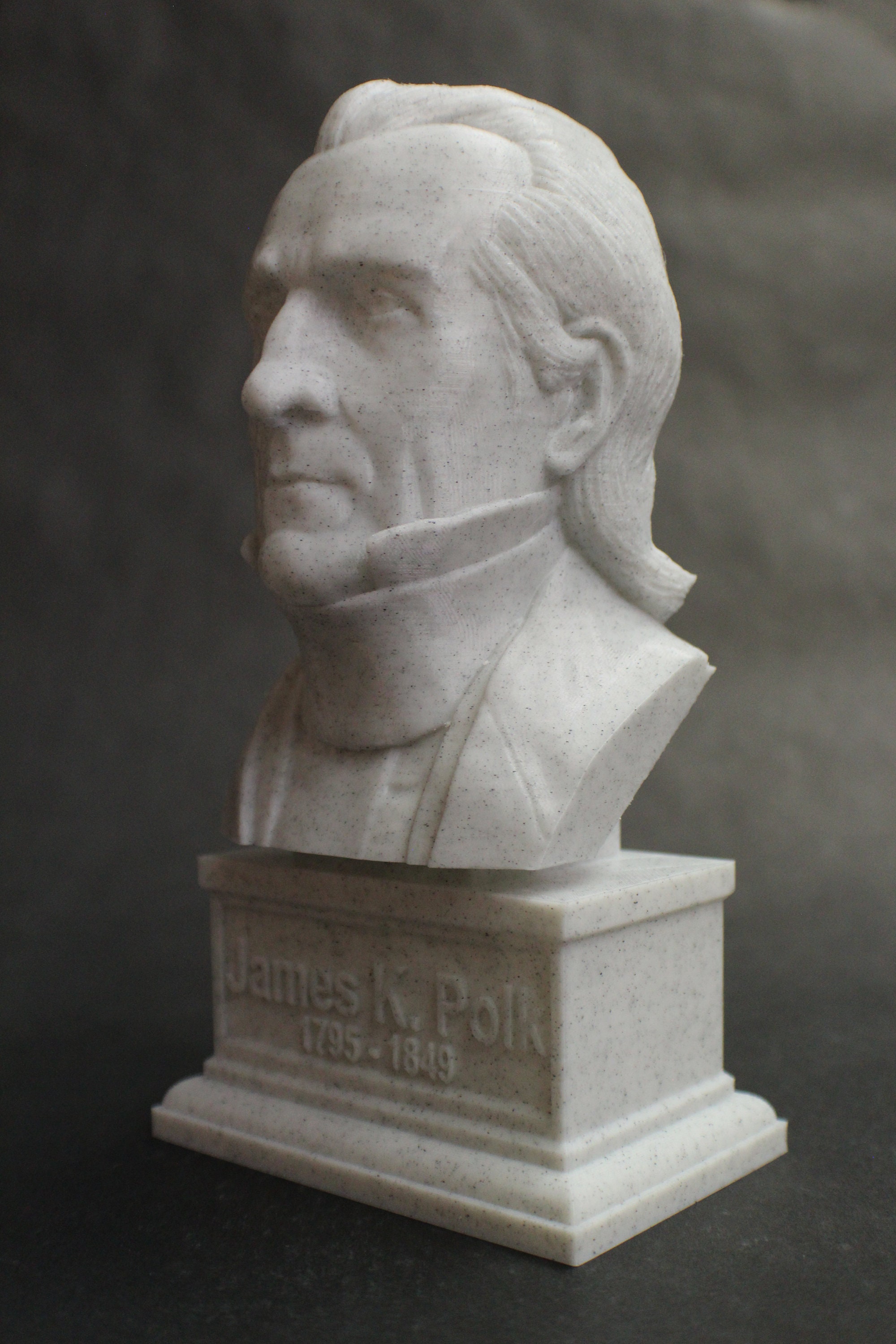 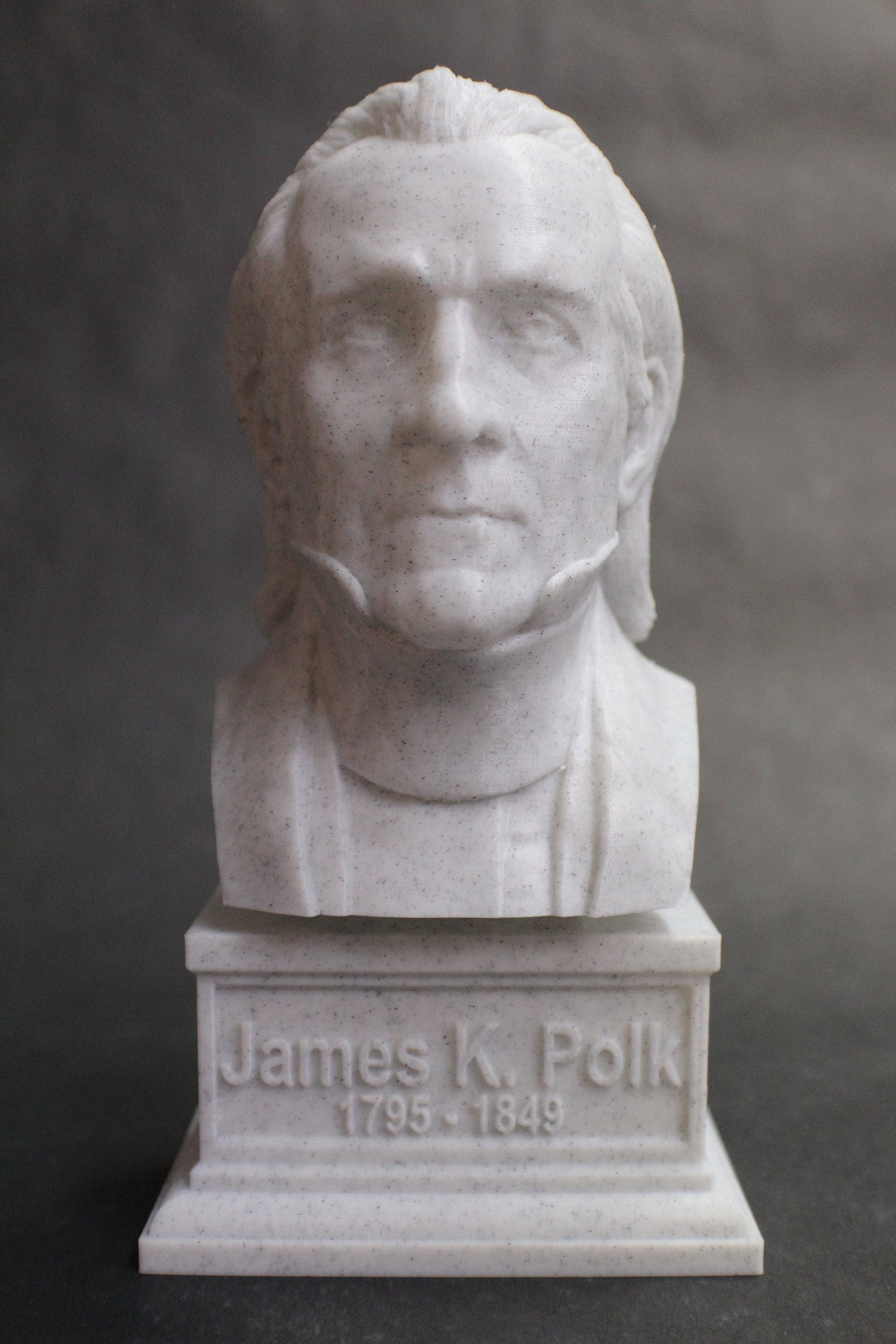 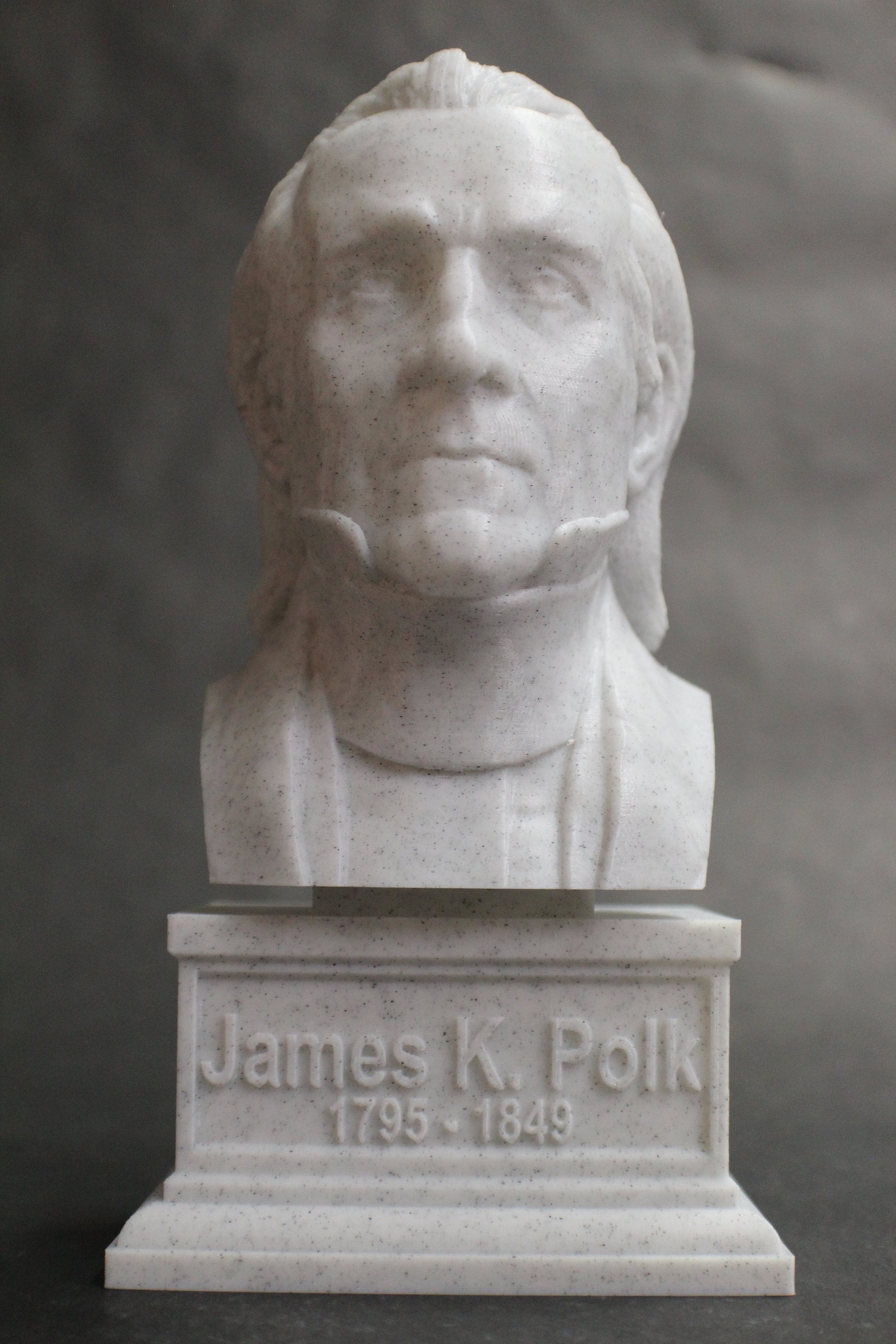 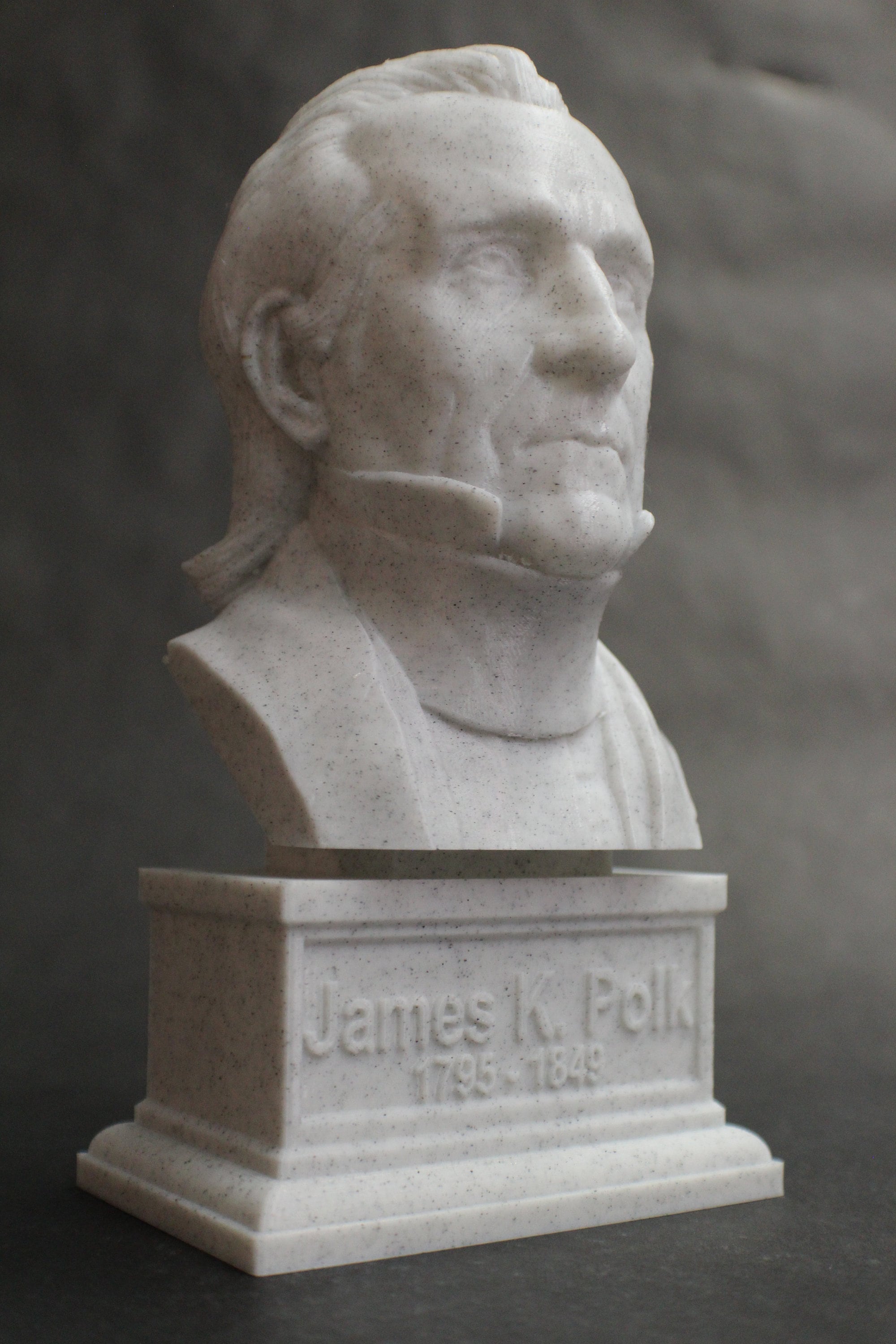 This 3D printed bust of Zachary Taylor, the twelfth United States President. This one is printed in a marble PLA, giving it a realistic stone look and a surprise whenever someone picks it up to discover it's actual weight. It is more durable than alabaster or plaster, and is washable with lukewarm soapy water for easy spring cleaning. It comes on a custom plinth that has his lifetime on the front, and his dates in office as president on the back.

James Knox Polk was the 11th president of the United States, serving from 1845 to 1849. He previously was Speaker of the House of Representatives (1835–1839) and governor of Tennessee (1839–1841). A protégé of Andrew Jackson, he was a member of the Democratic Party and an advocate of Jacksonian democracy. Polk is chiefly known for extending the territory of the United States during the Mexican–American War; during his presidency, the United States expanded significantly with the annexation of the Republic of Texas, the Oregon Territory, and the Mexican Cession following the American victory in the Mexican–American War.

After building a successful law practice in Tennessee, Polk was elected to the state legislature (1823) and then to the United States House of Representatives in 1825, becoming a strong supporter of Andrew Jackson. After serving as chairman of the Ways and Means Committee, he became Speaker in 1835, the only president to have been Speaker. Polk left Congress to run for governor; he won in 1839, but lost in 1841 and 1843. He was a dark horse candidate for the Democratic nomination for president in 1844; he entered his party's convention as a potential nominee for vice president, but emerged as a compromise to head the ticket when no presidential candidate could secure the necessary two-thirds majority. In the general election, Polk defeated Henry Clay of the rival Whig Party.

Historians consider Polk the most effective president of the pre–Civil War era, having met during his four-year term every major domestic and foreign policy goal he had set. After a negotiation fraught with risk of war, he reached a settlement with the Great Britain over the disputed Oregon Country, the territory for the most part being divided along the 49th parallel. Polk achieved a sweeping victory in the Mexican–American War, which resulted in the cession by Mexico of nearly all the American Southwest. He secured a substantial reduction of tariff rates with the Walker tariff of 1846. The same year, he achieved his other major goal, re-establishment of the Independent Treasury system. Historian Thomas A. Bailey says that during the Mexican war, "Polk was an energetic and indefatigable war leader, and he emerged, partly through rare good luck, with uninterrupted success. He kept the sole direction of the war in his own hands, from grand strategy to the procurement of mules." True to his campaign pledge to serve only one term, Polk left office in 1849 and returned to Tennessee where he died three months after leaving the White House.