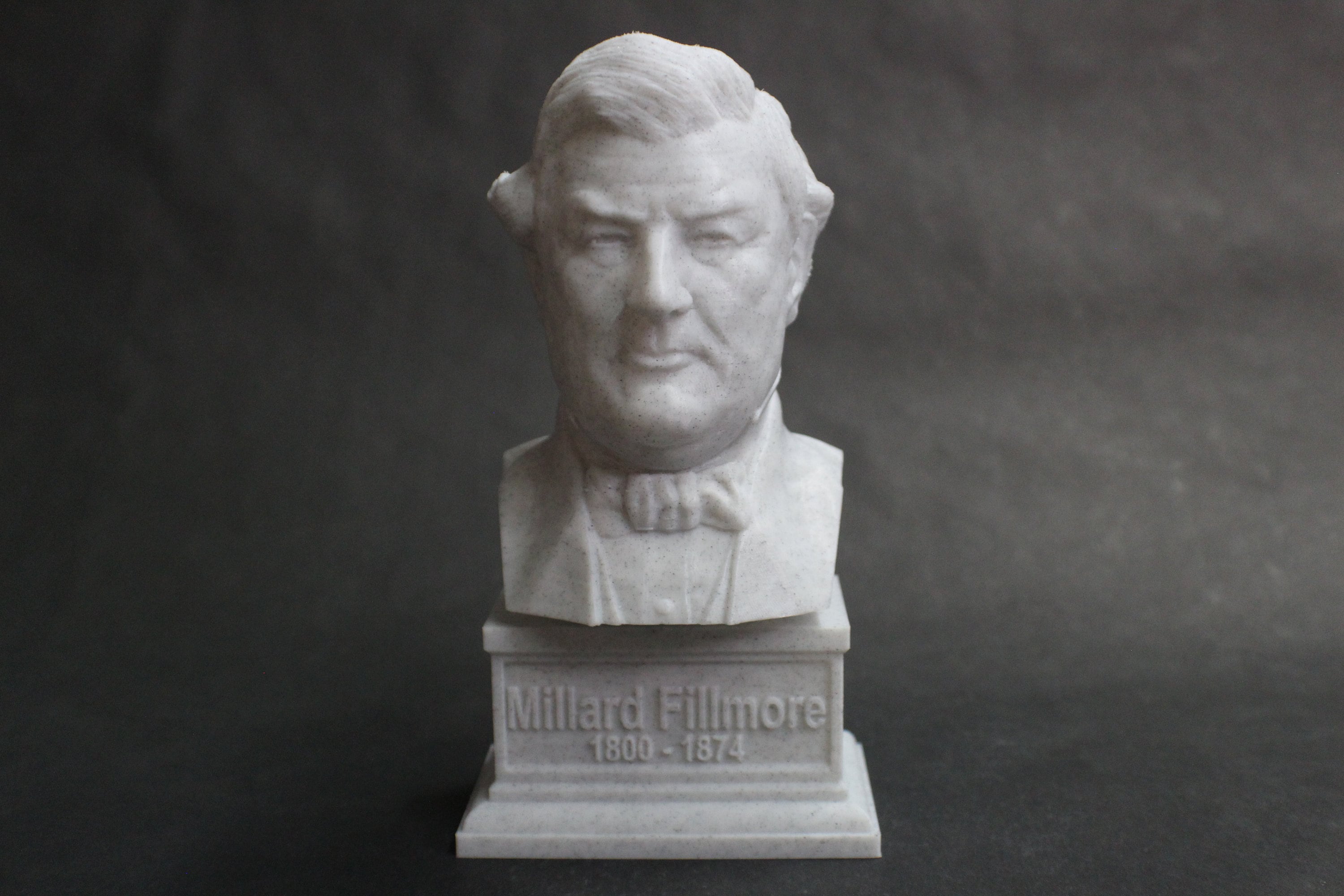 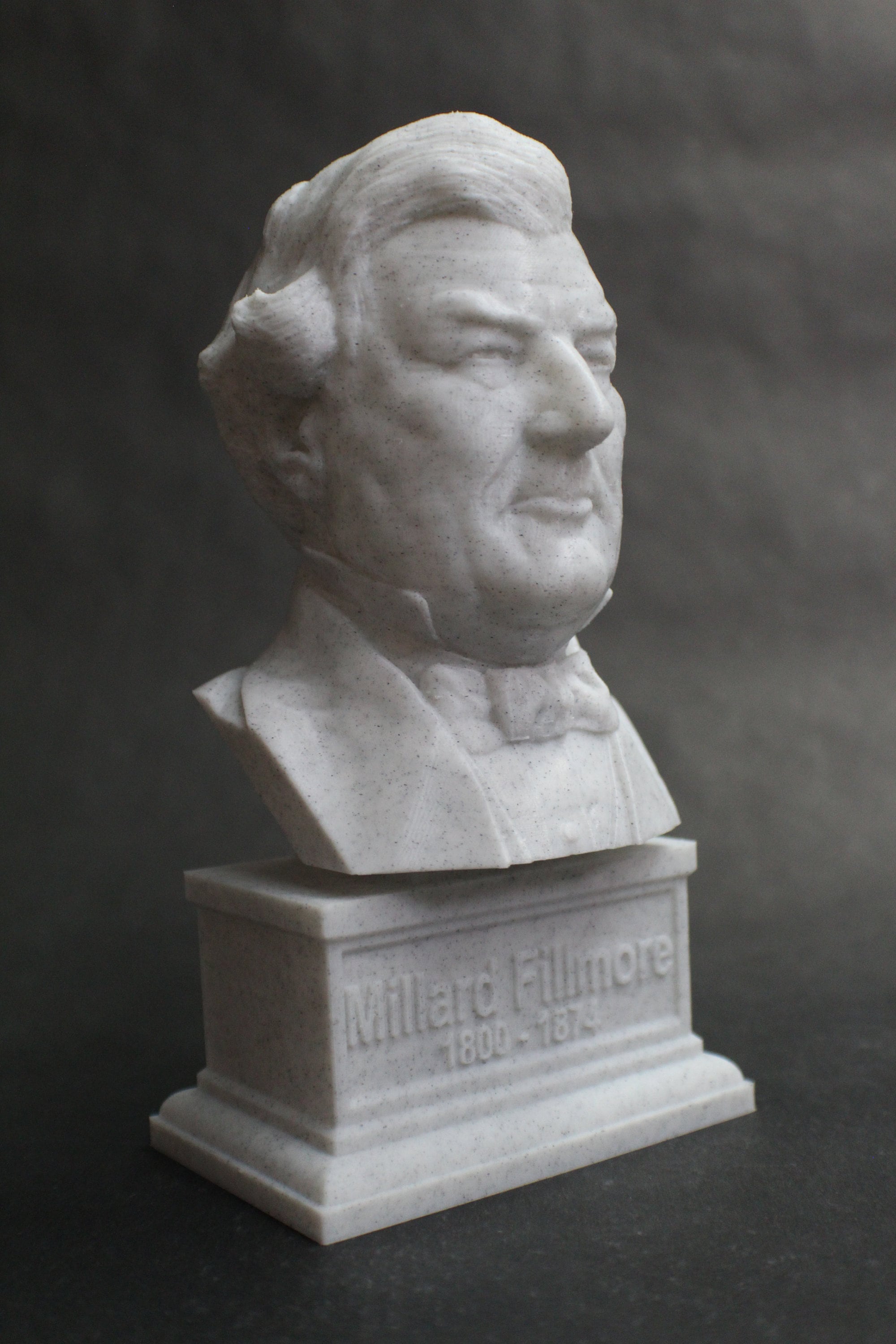 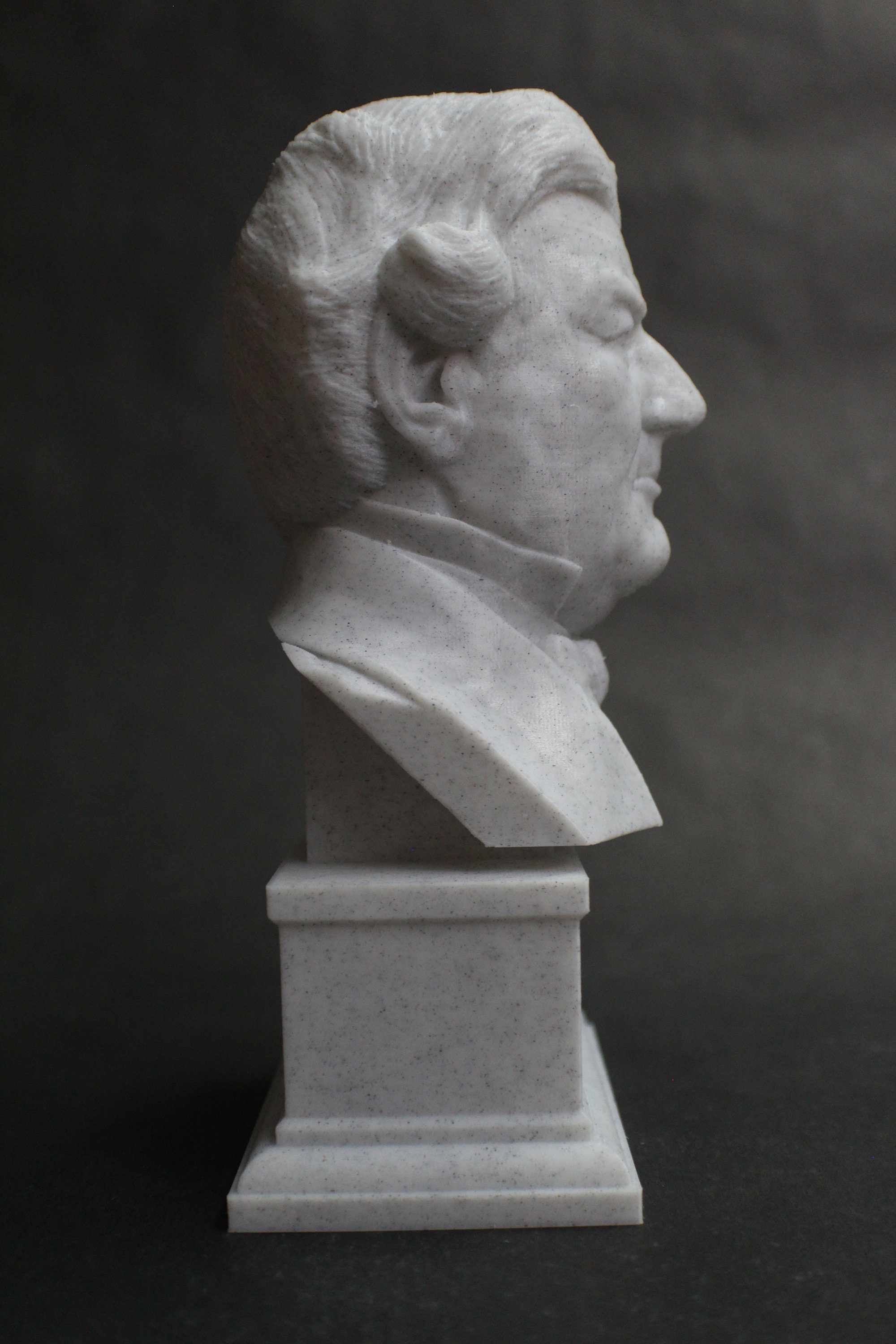 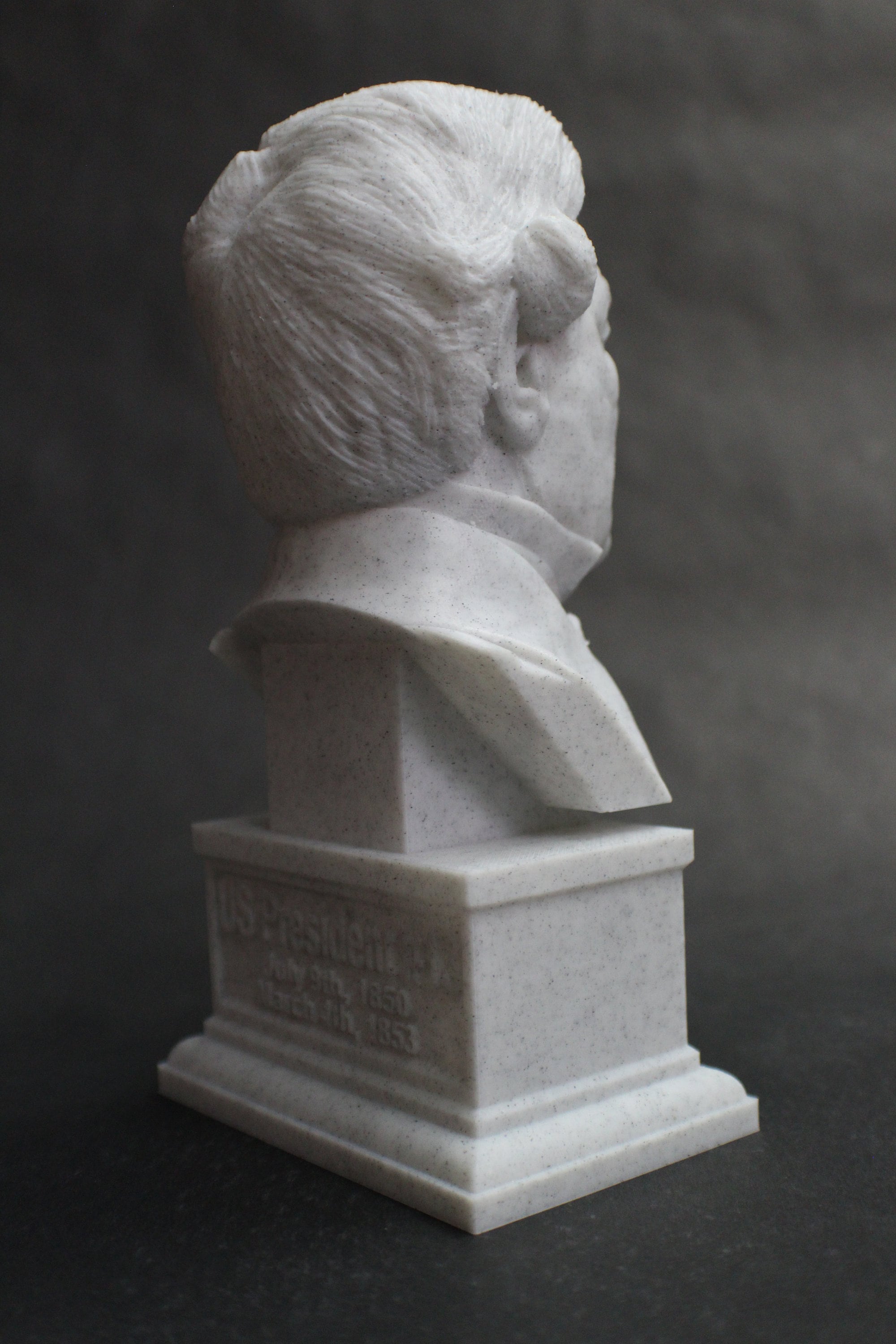 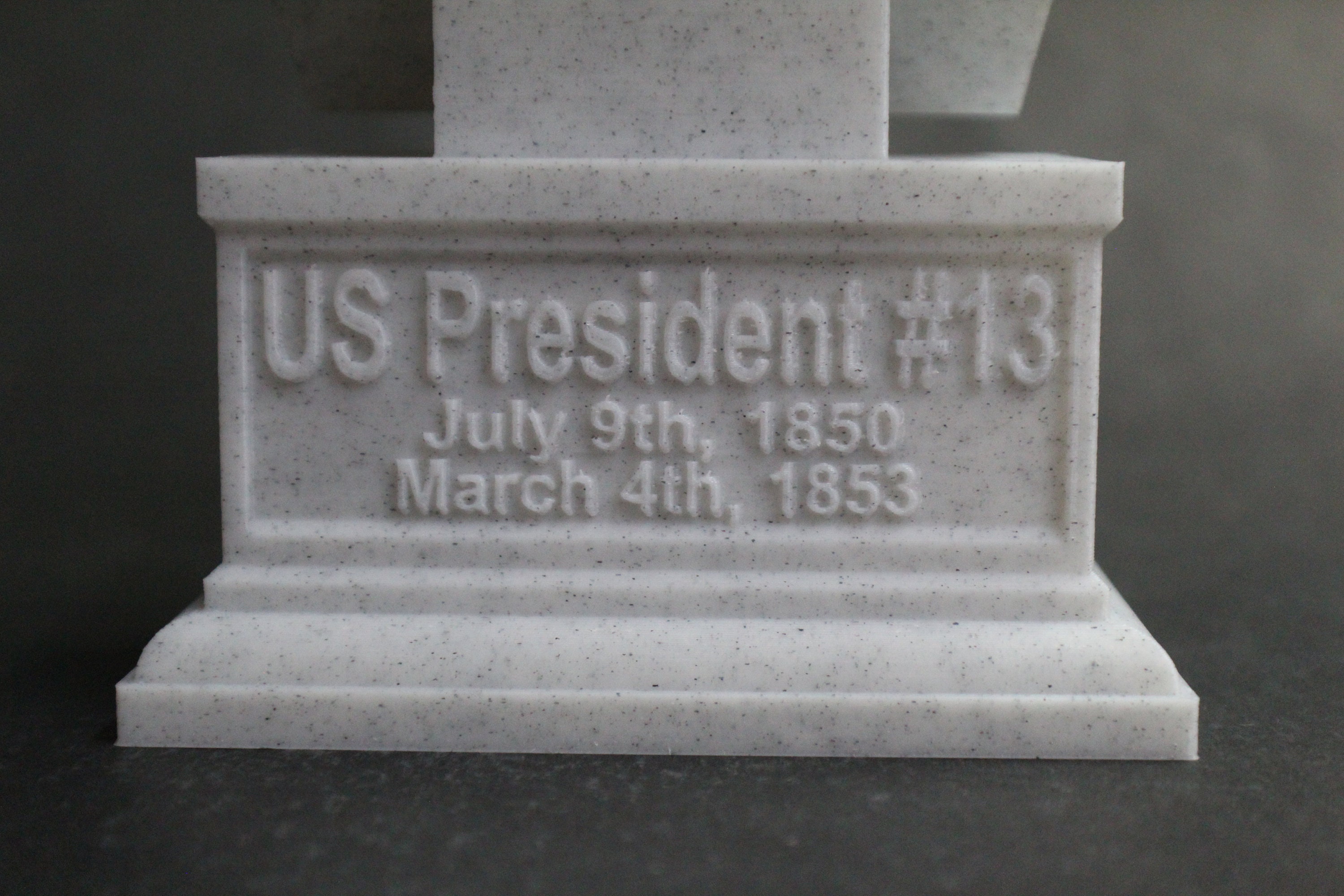 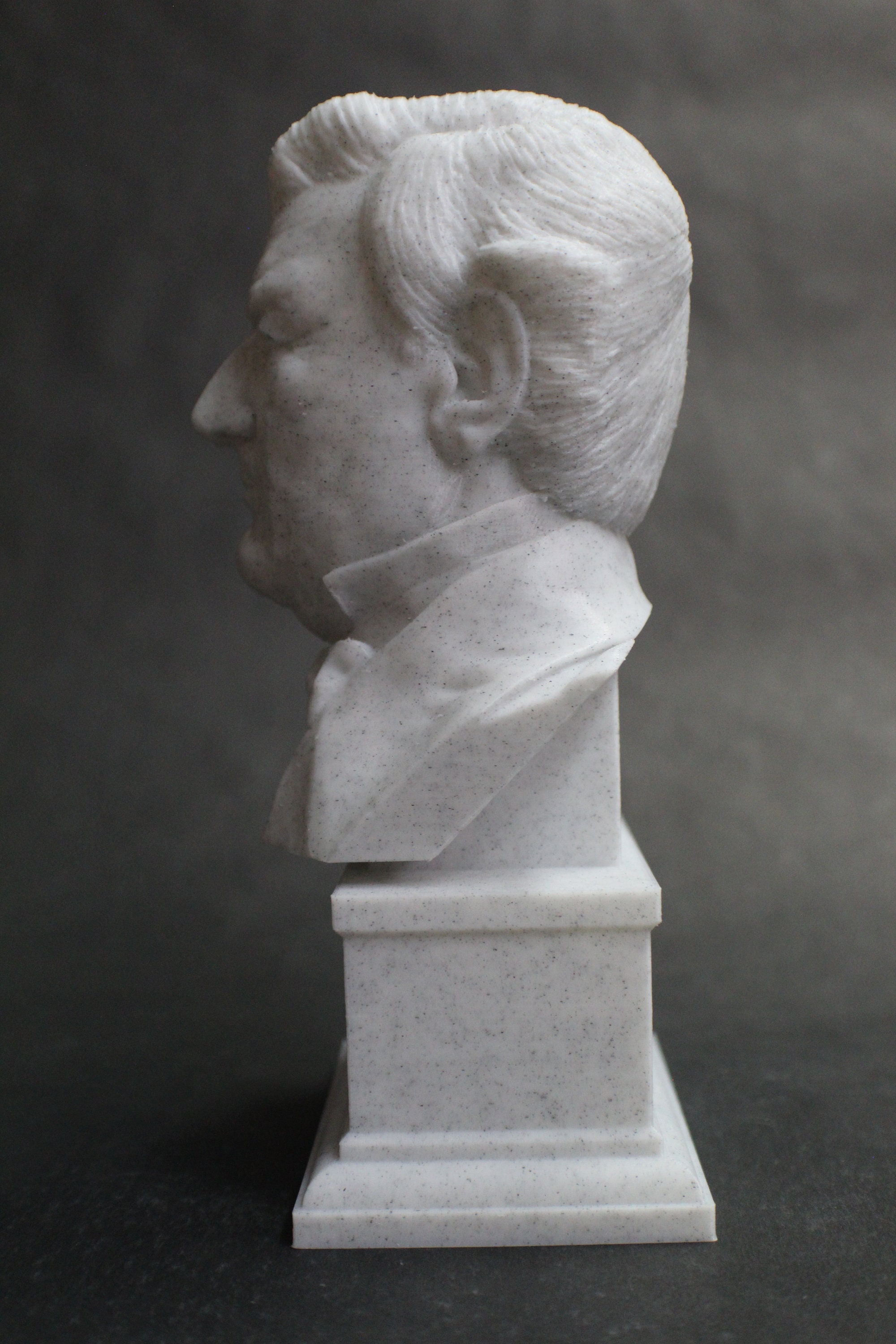 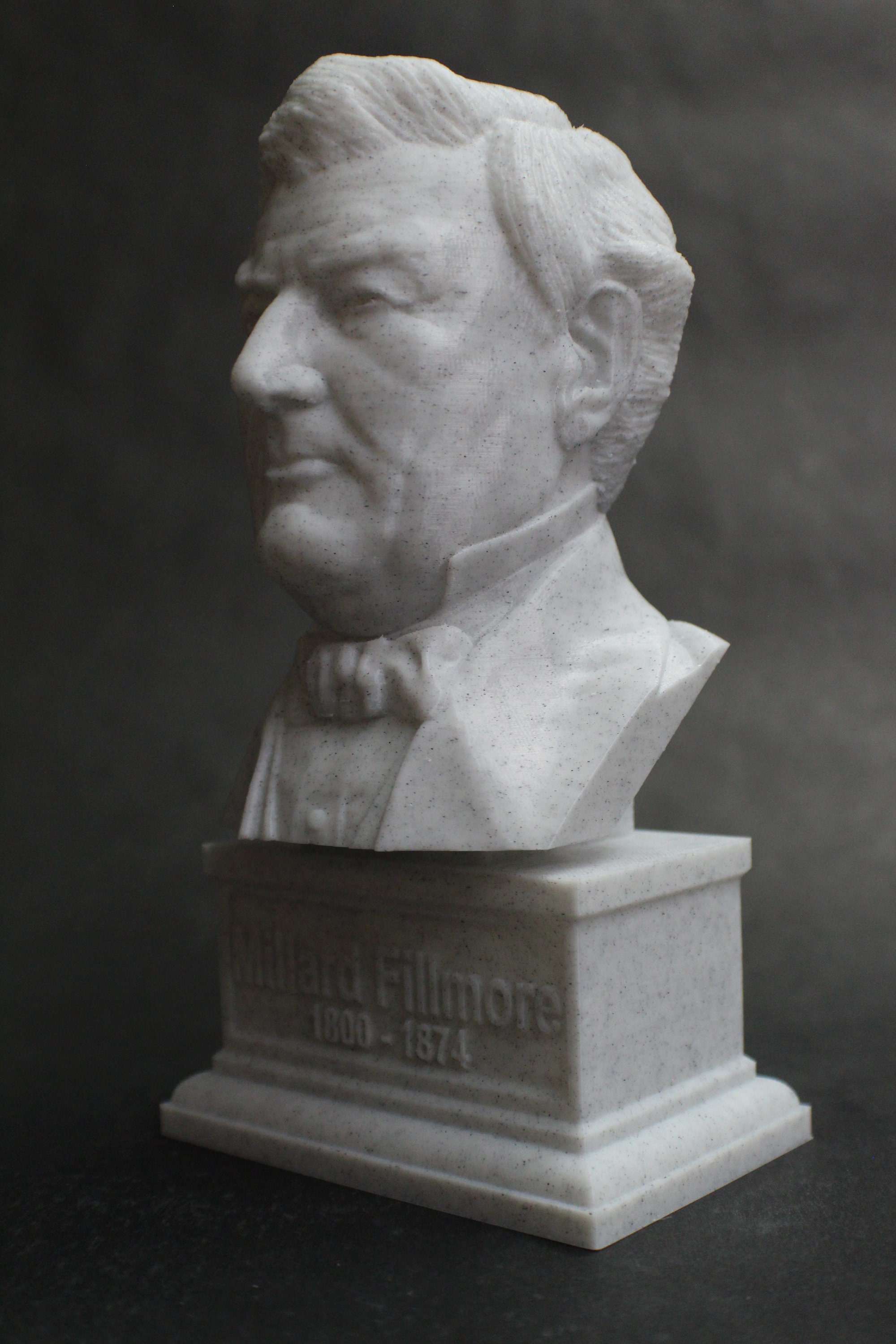 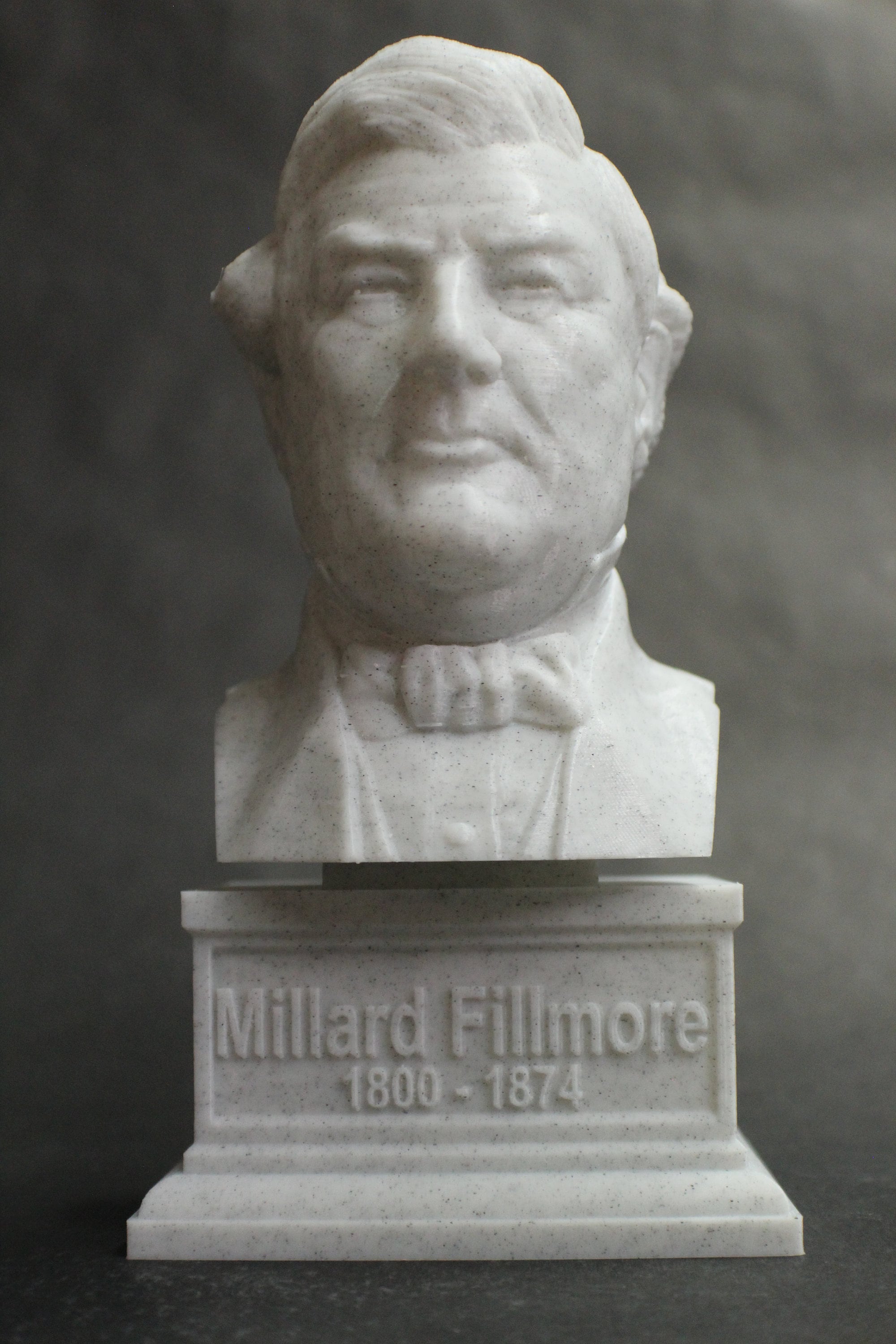 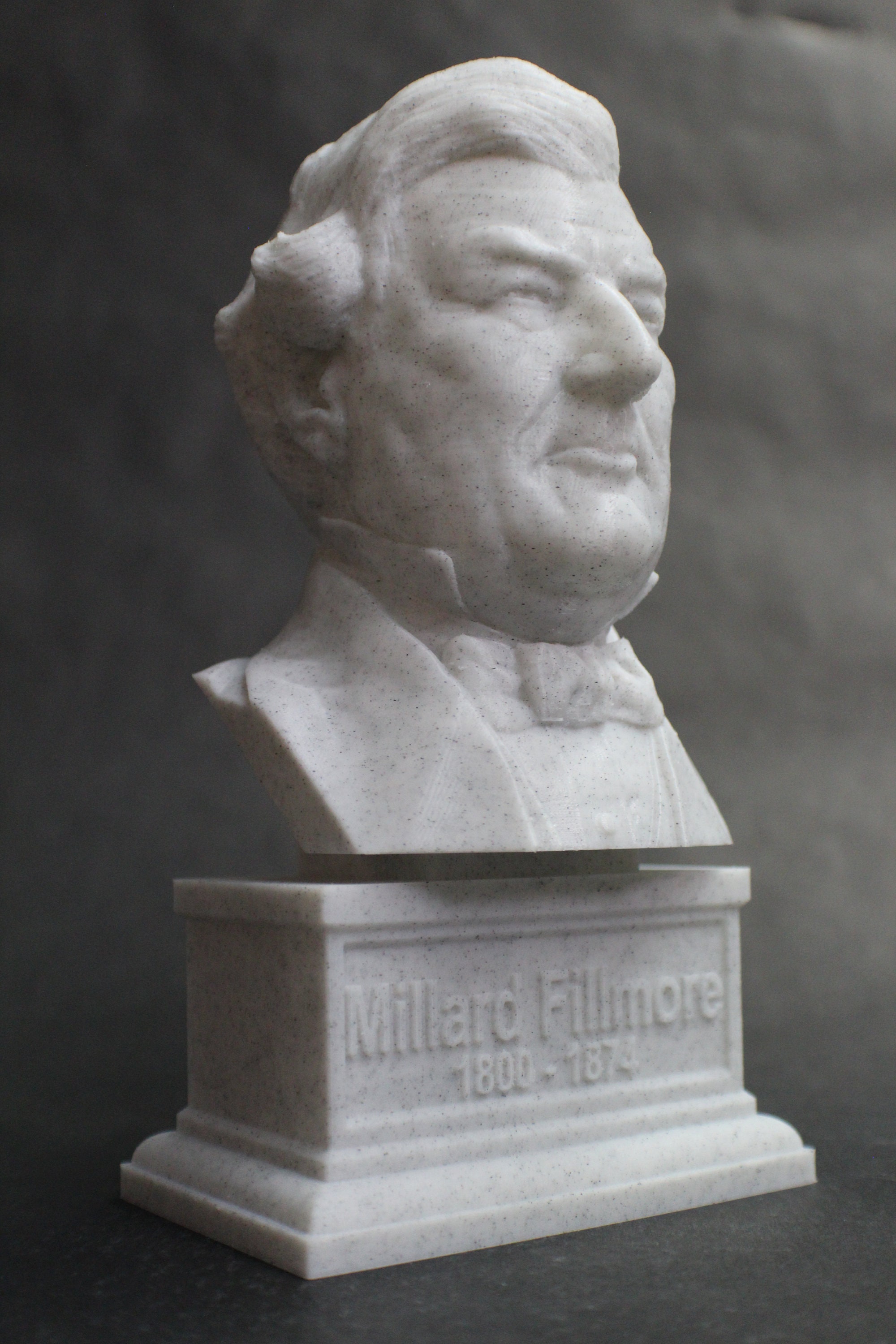 This 3D printed bust of Millard Fillmore, the thirteenth United States President. This one is printed in a marble PLA, giving it a realistic stone look and a surprise whenever someone picks it up to discover it's actual weight. It is more durable than alabaster or plaster, and is washable with lukewarm soapy water for easy spring cleaning. It comes on a custom plinth that has his lifetime on the front, and his dates in office as president on the back.

Millard Fillmore (January 7, 1800 – March 8, 1874) was the 13th president of the United States (1850–1853), the last to be a member of the Whig Party while in the White House. A former U.S. representative from New York, Fillmore was elected the nation's 12th vice president in 1848, and succeeded to the presidency in July 1850 upon the death of President Zachary Taylor. He was instrumental in getting the Compromise of 1850 passed, a bargain that led to a brief truce in the battle over slavery. He failed to win the Whig nomination for president in 1852; he gained the endorsement of the nativist Know Nothing Party four years later, and finished third in that election.

Fillmore was born into poverty in the Finger Lakes area of New York state—his parents were tenant farmers during his formative years. Though he had little formal schooling, he rose from poverty through diligent study and became a successful attorney. He became prominent in the Buffalo area as an attorney and politician, was elected to the New York Assembly in 1828, and to the U.S. House of Representatives in 1832. Initially, he belonged to the Anti-Masonic Party, but became a Whig as the party formed in the mid-1830s; he was a rival for state party leadership with editor Thurlow Weed and Weed's protégé, William H. Seward. Through his career, Fillmore declared slavery an evil, but one beyond the powers of the federal government, whereas Seward was not only openly hostile to slavery, he argued that the federal government had a role to play in ending it. Fillmore was an unsuccessful candidate for Speaker of the House when the Whigs took control of the chamber in 1841 but was made Ways and Means Committee chairman. Defeated in bids for the Whig nomination for vice president in 1844, and for New York governor the same year, Fillmore was elected Comptroller of New York in 1847, the first to hold that post by direct election.