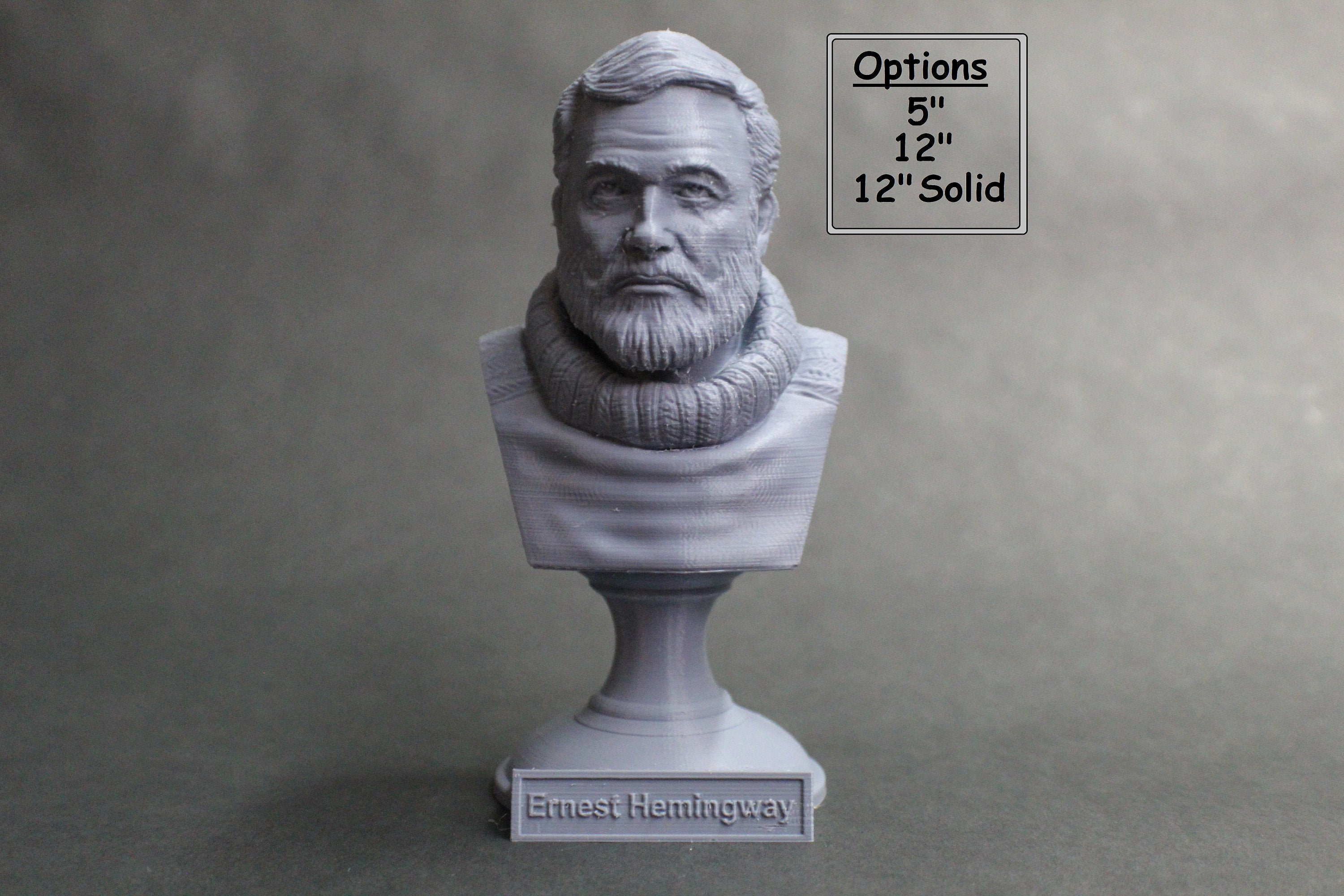 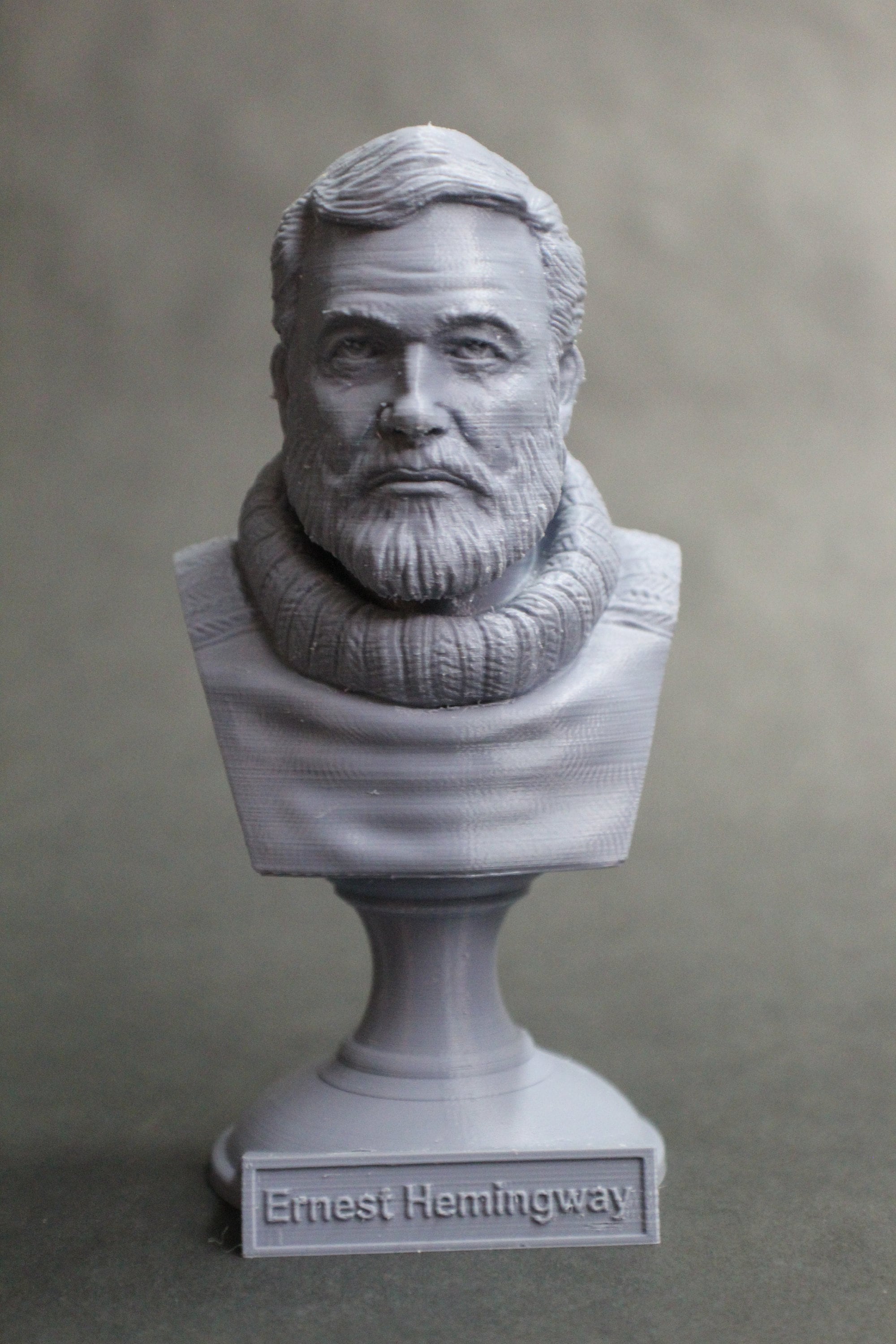 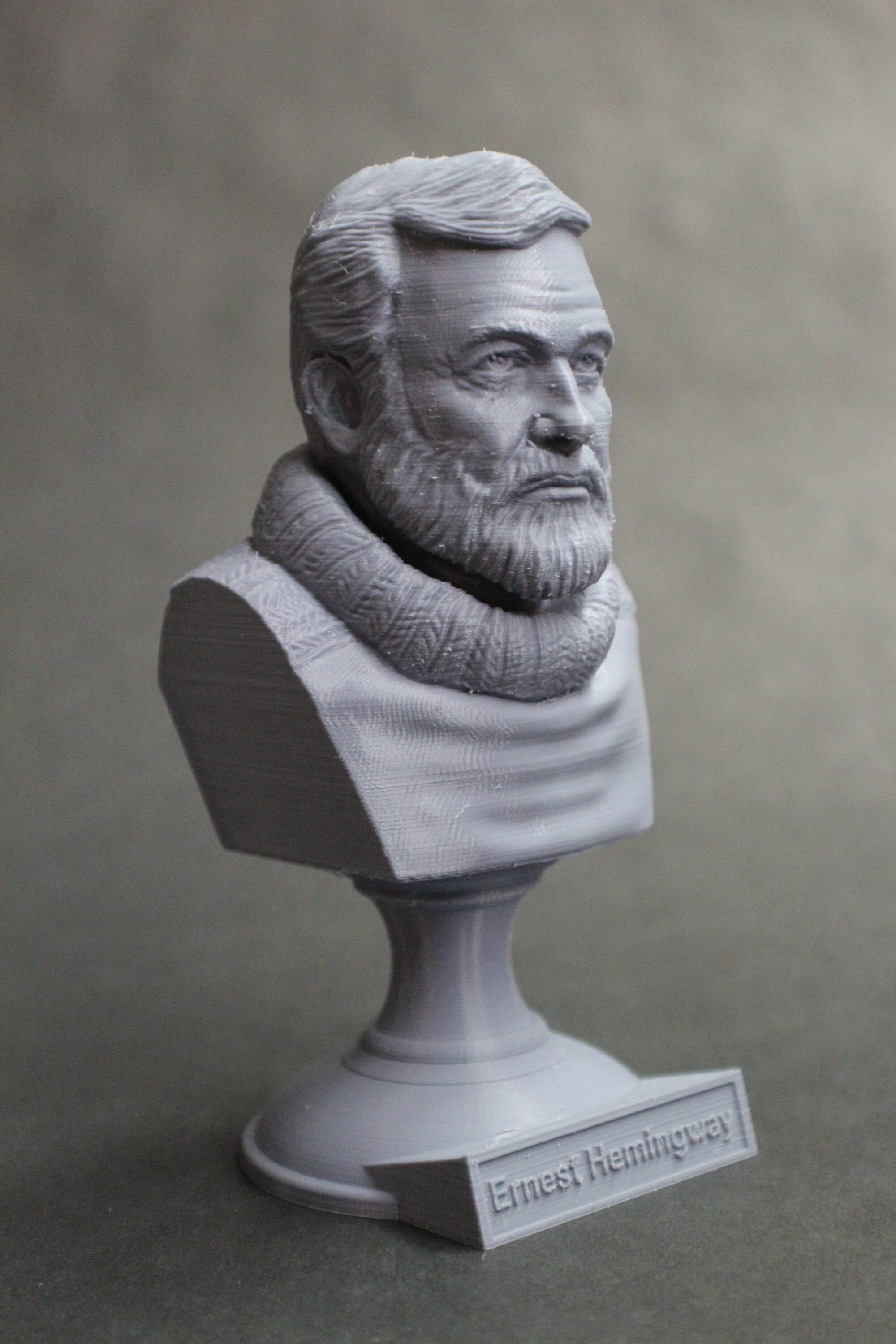 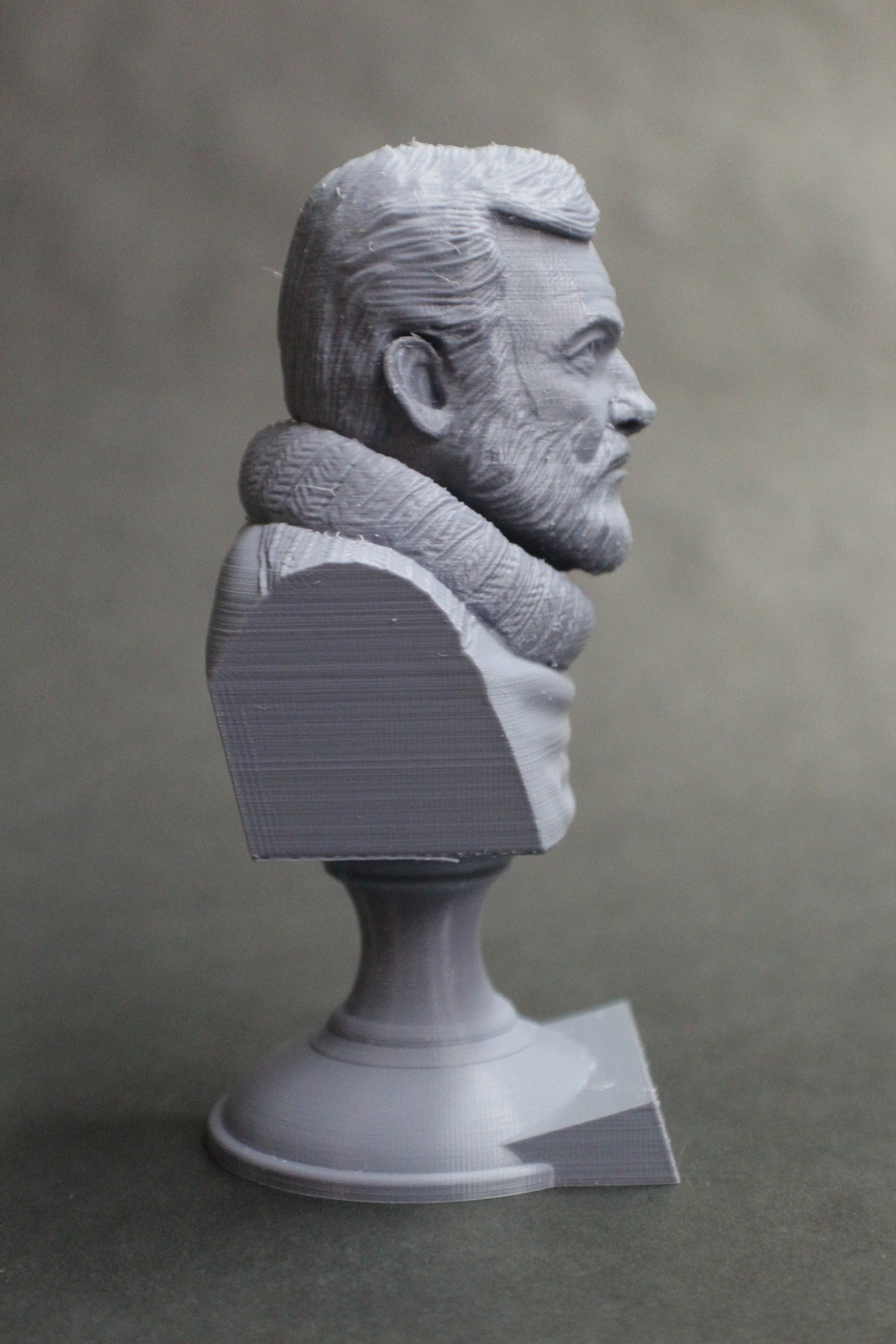 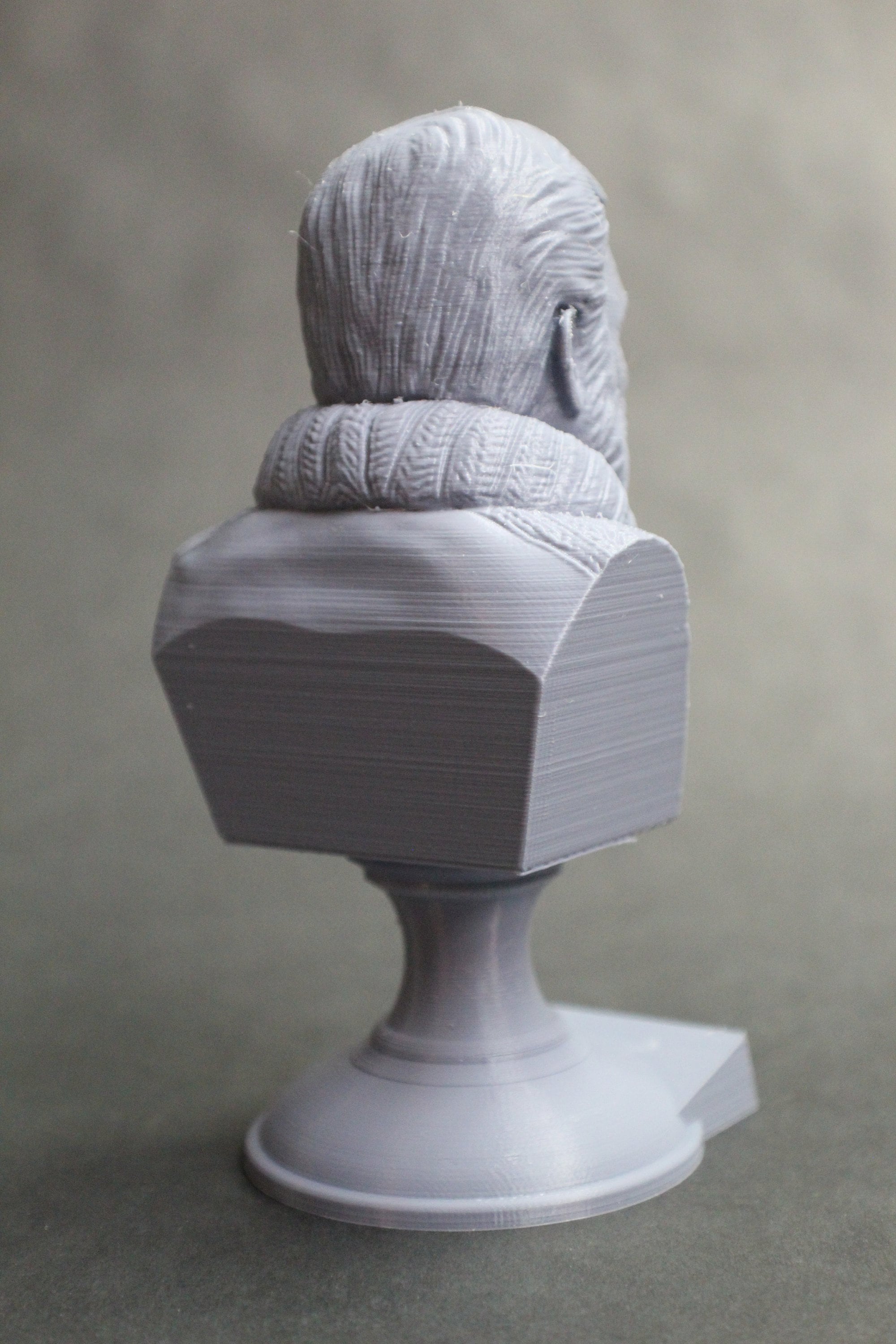 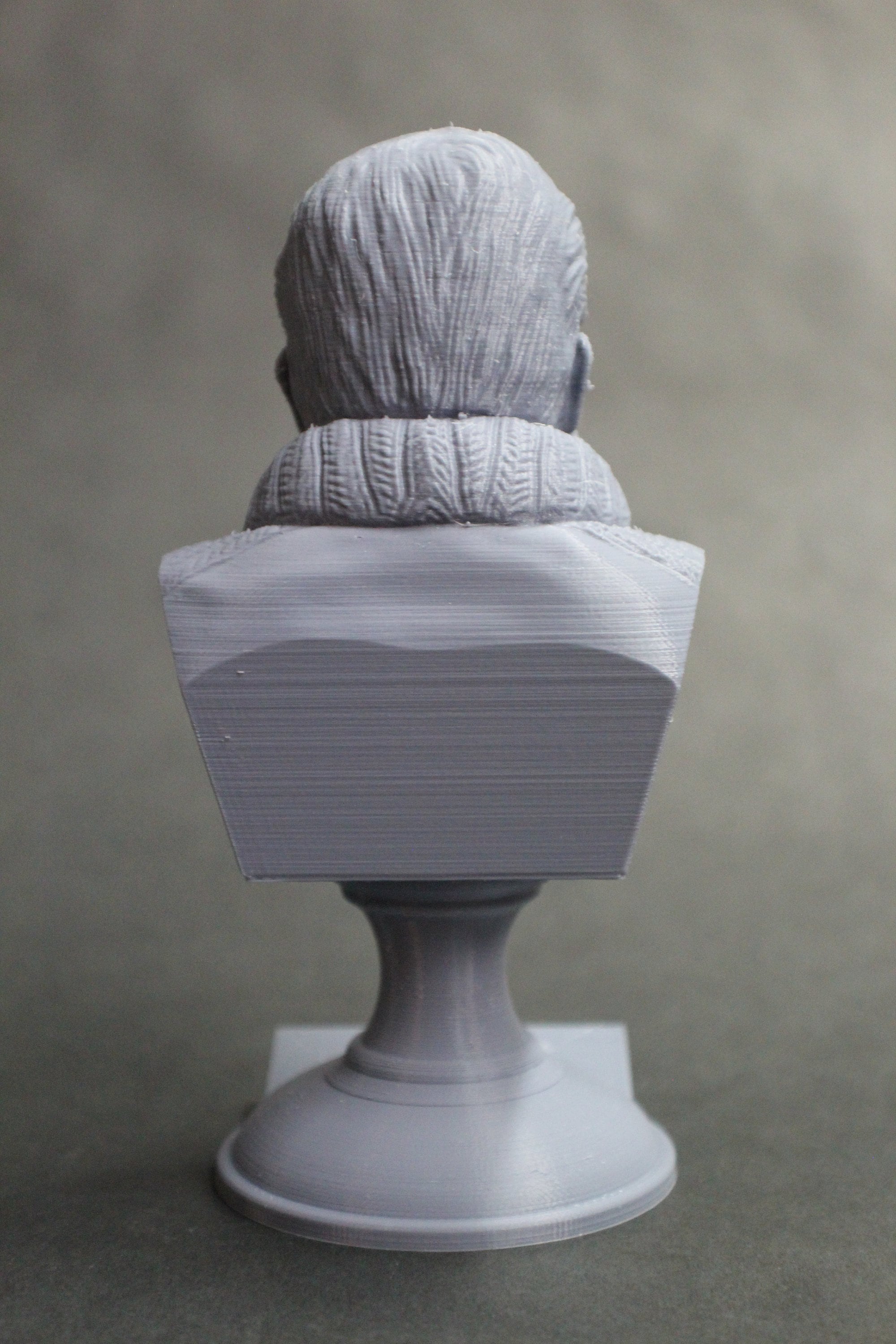 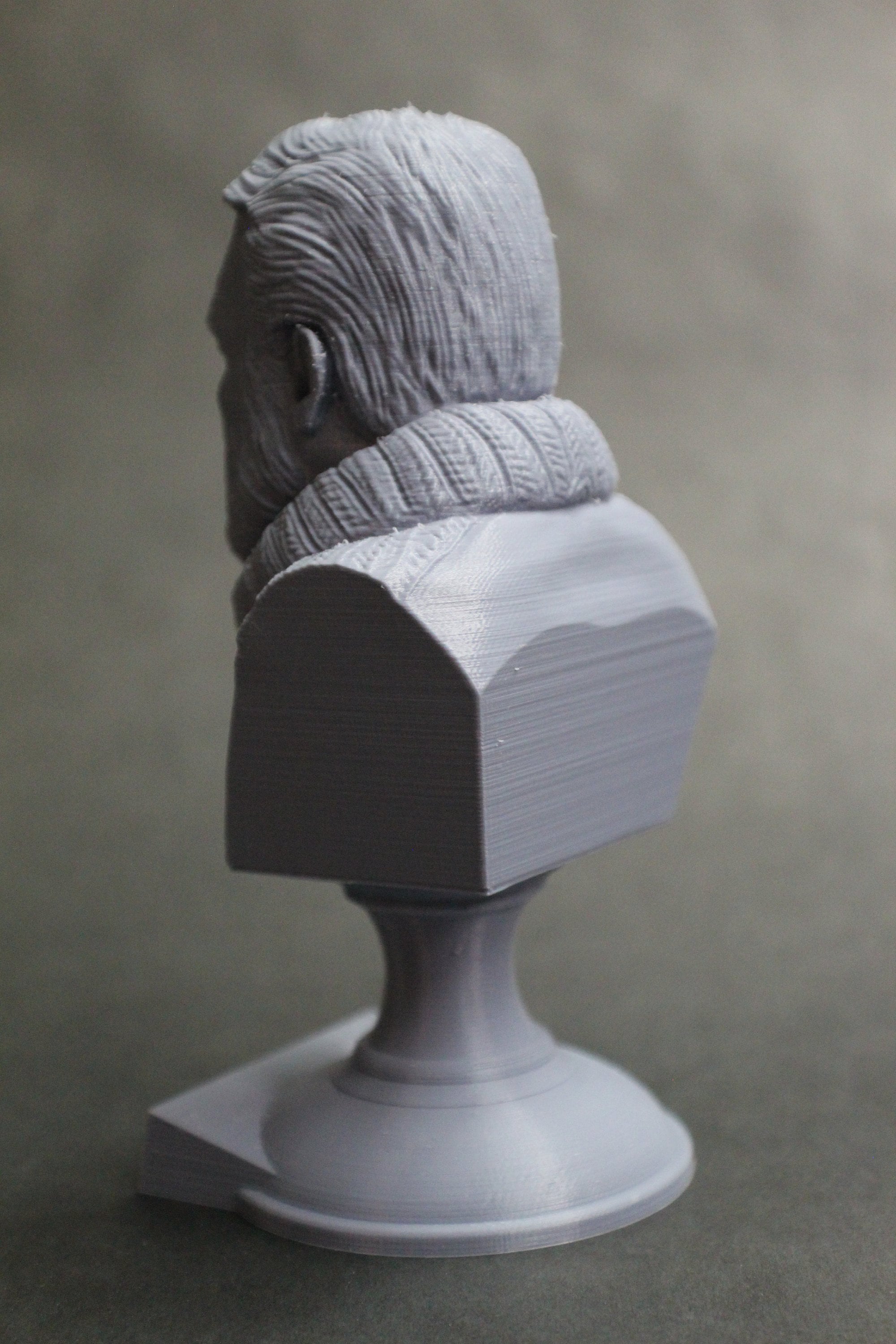 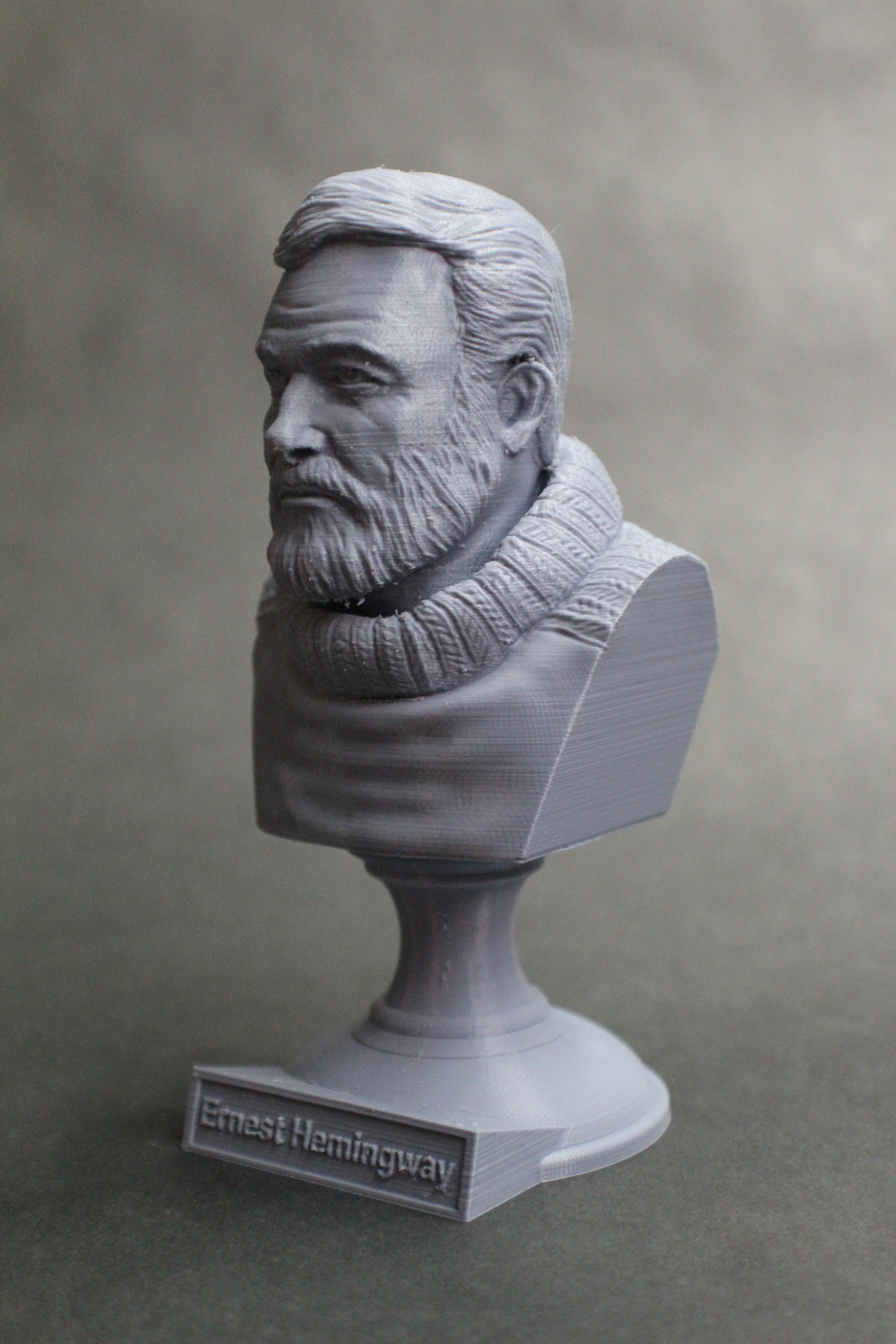 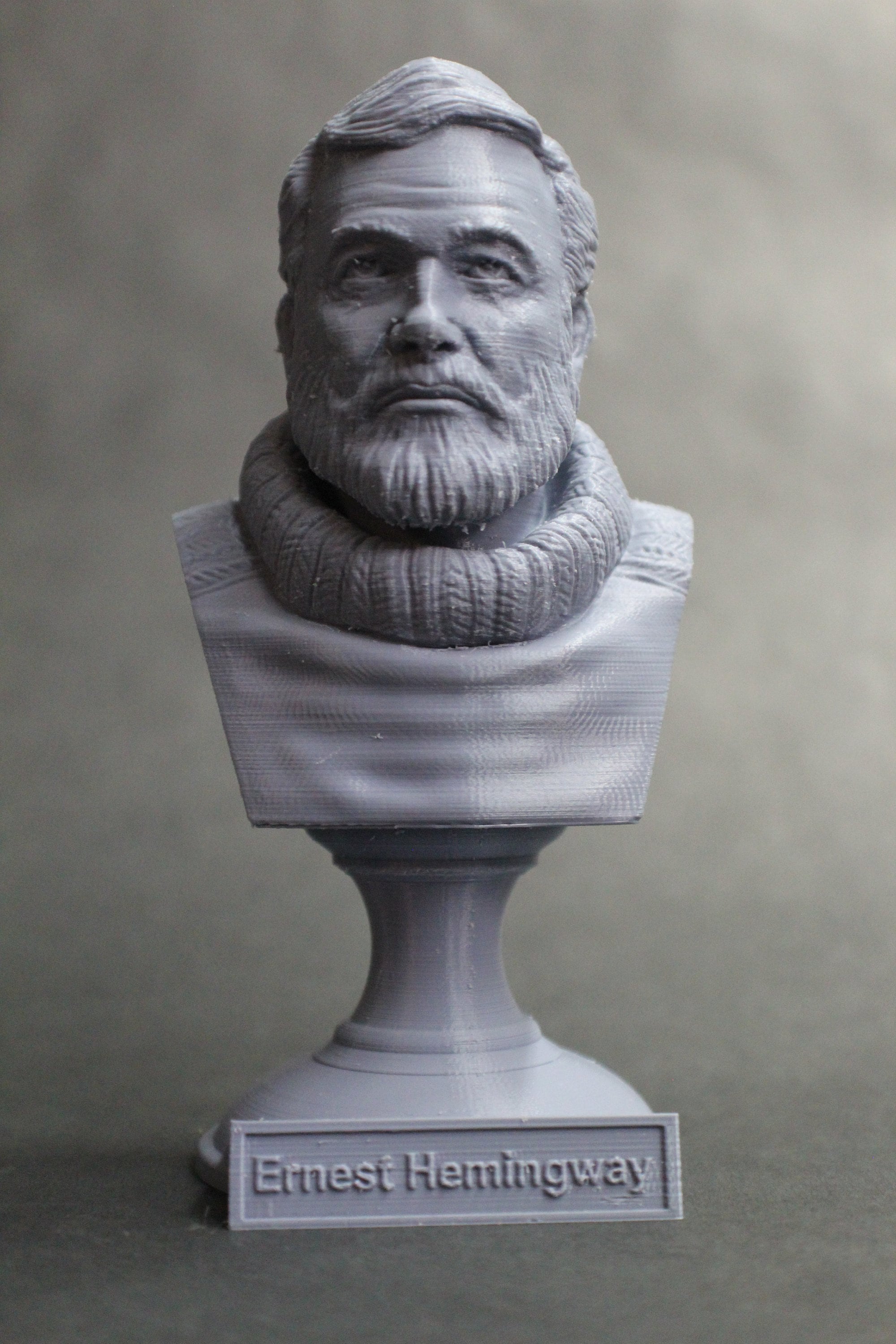 This is a 3D printed bust of Ernest Hemingway, American Journalist, Novelist, Short Story Writer, and Sportsman. This one is printed in a gray PLA, giving it a detailed look and a surprise whenever someone picks it up to discover it's actual weight. It is more durable than alabaster or plaster, and is washable with lukewarm soapy water for easy spring cleaning. It comes on a custom plinth that has his name on the front.

Ernest Miller Hemingway was an American journalist, novelist, short-story writer, and sportsman. His economical and understated style—which he termed the iceberg theory—had a strong influence on 20th-century fiction, while his adventurous lifestyle and his public image brought him admiration from later generations. Hemingway produced most of his work between the mid-1920s and the mid-1950s, and he won the Nobel Prize in Literature in 1954. He published seven novels, six short-story collections, and two non-fiction works. Three of his novels, four short-story collections, and three non-fiction works were published posthumously. Many of his works are considered classics of American literature.

Hemingway was raised in Oak Park, Illinois. After high school, he was a reporter for a few months for The Kansas City Star before leaving for the Italian Front to enlist as an ambulance driver in World War I. In 1918, he was seriously wounded and returned home. His wartime experiences formed the basis for his novel A Farewell to Arms (1929).

In 1921, he married Hadley Richardson, the first of four wives. They moved to Paris where he worked as a foreign correspondent and fell under the influence of the modernist writers and artists of the 1920s "Lost Generation" expatriate community. His debut novel The Sun Also Rises was published in 1926. He divorced his wife in 1927 and married Pauline Pfeiffer; they divorced after he returned from the Spanish Civil War, where he had been a journalist. He based For Whom the Bell Tolls (1940) on his experience there. Martha Gellhorn became his third wife in 1940; they separated after he met Mary Welsh in London during World War II. He was present with the troops as a journalist at the Normandy landings and the liberation of Paris.

Hemingway went on safari to Africa shortly after the publication of The Old Man and the Sea (1952), where he was almost killed in two successive plane crashes that left him in pain and ill-health for much of the rest of his life. In 1959, he bought a house in Ketchum, Idaho where he ended his own life in mid-1961.