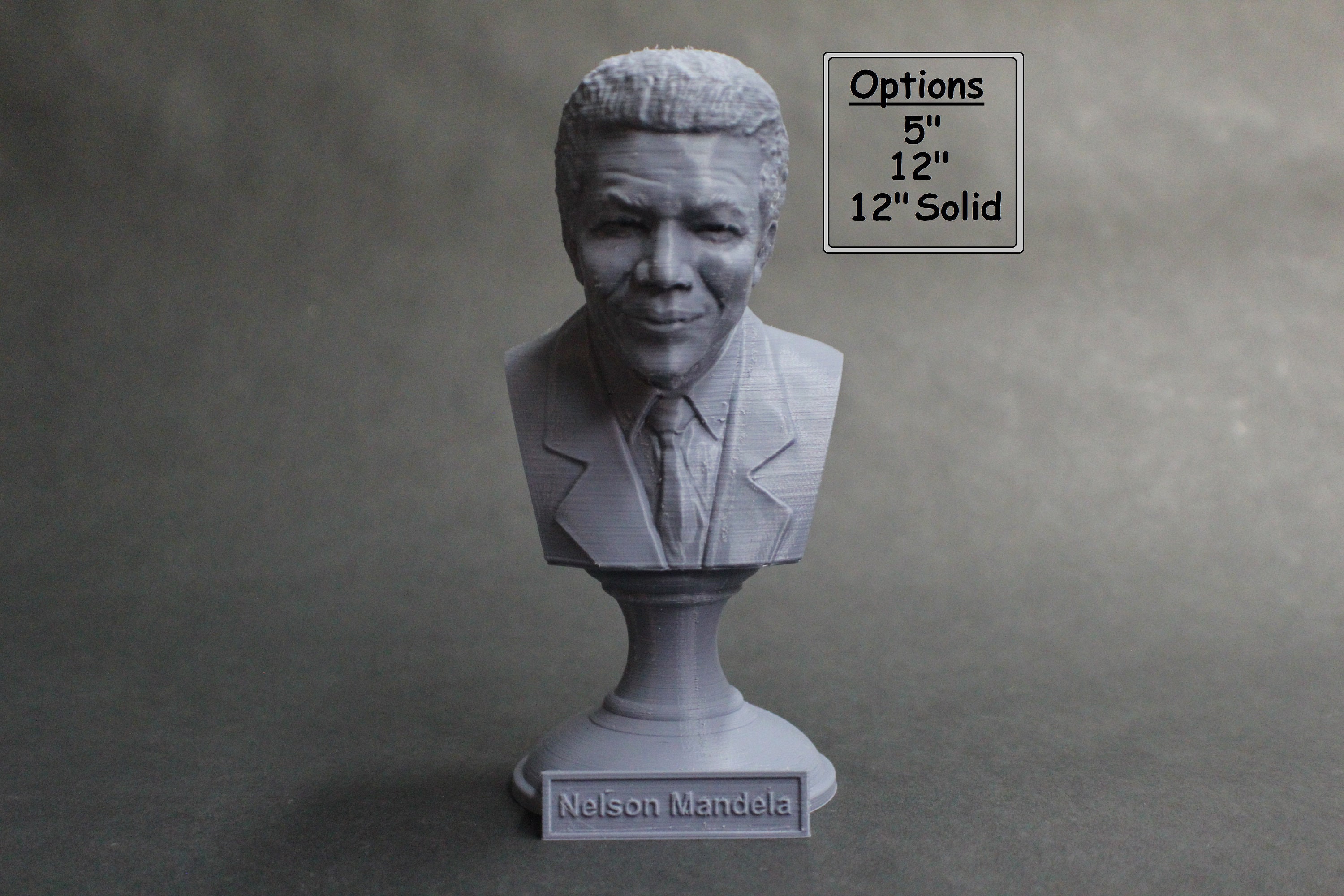 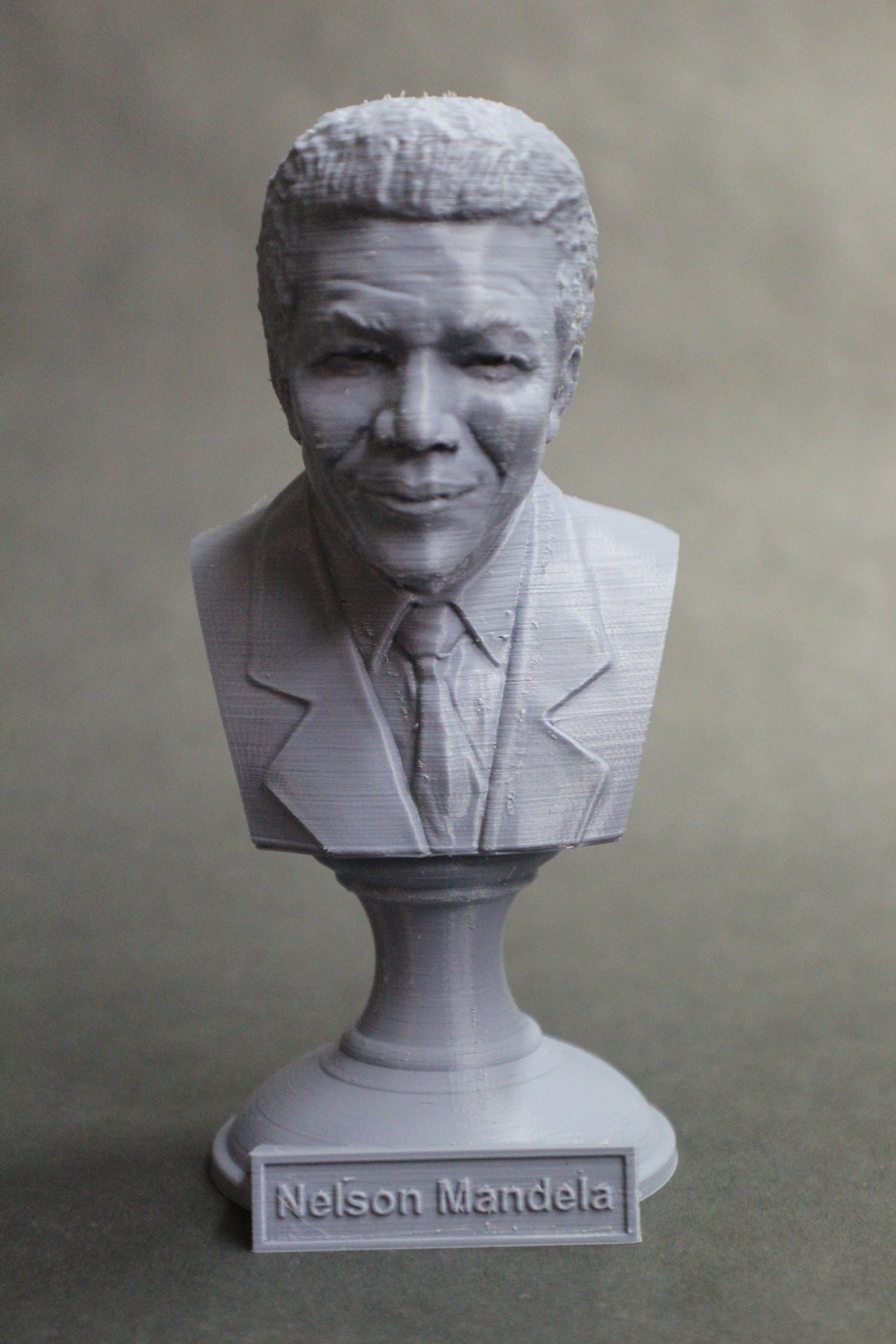 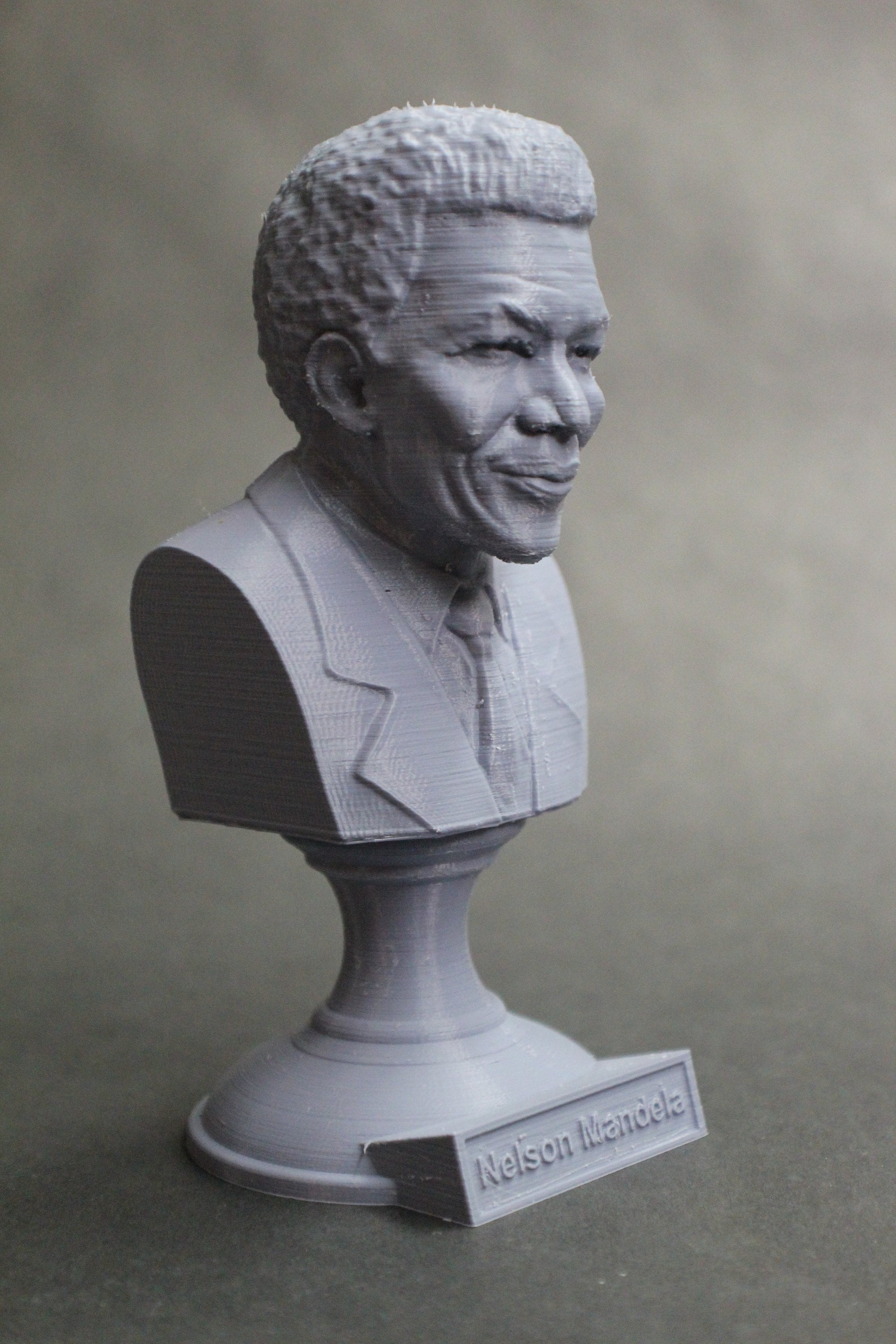 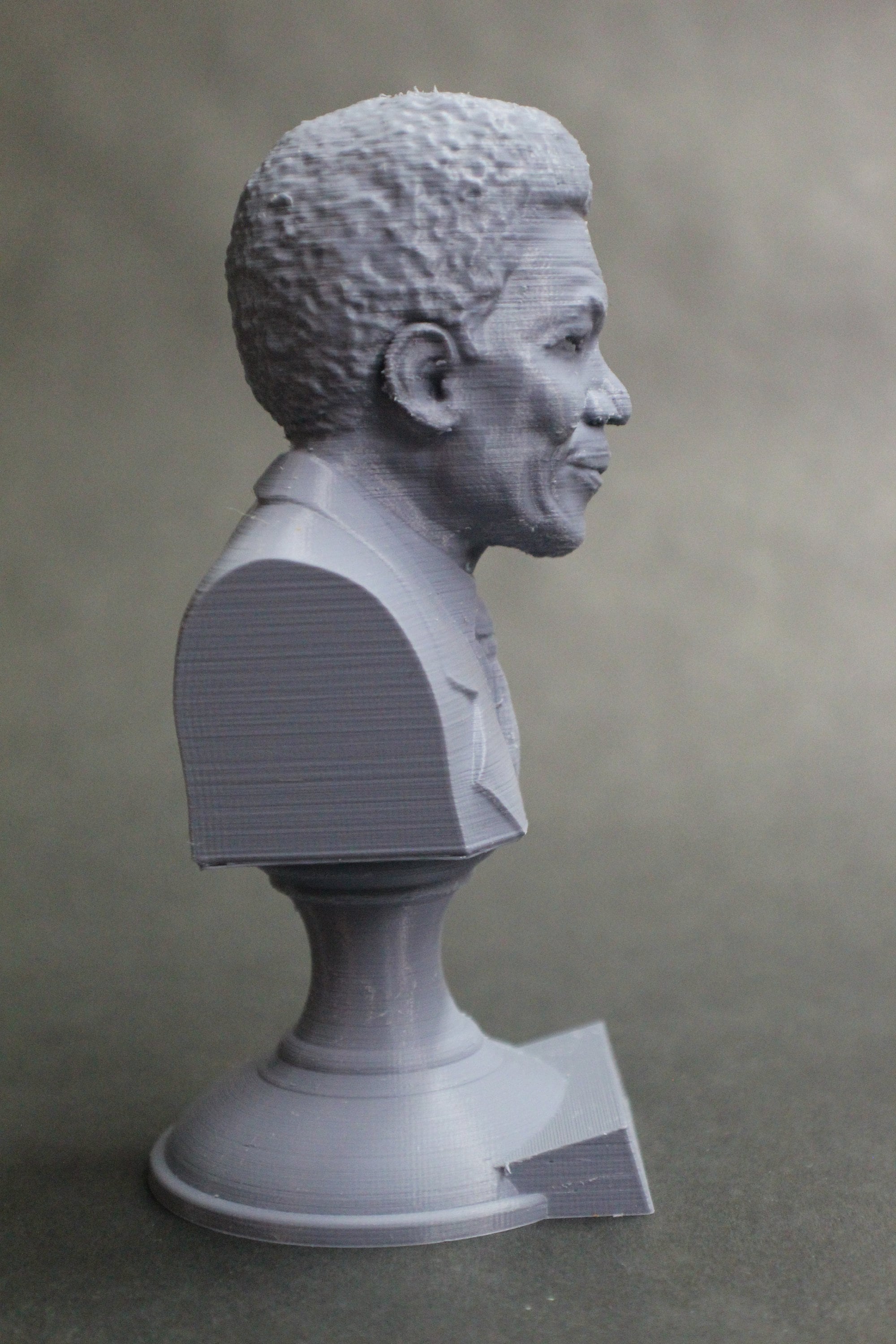 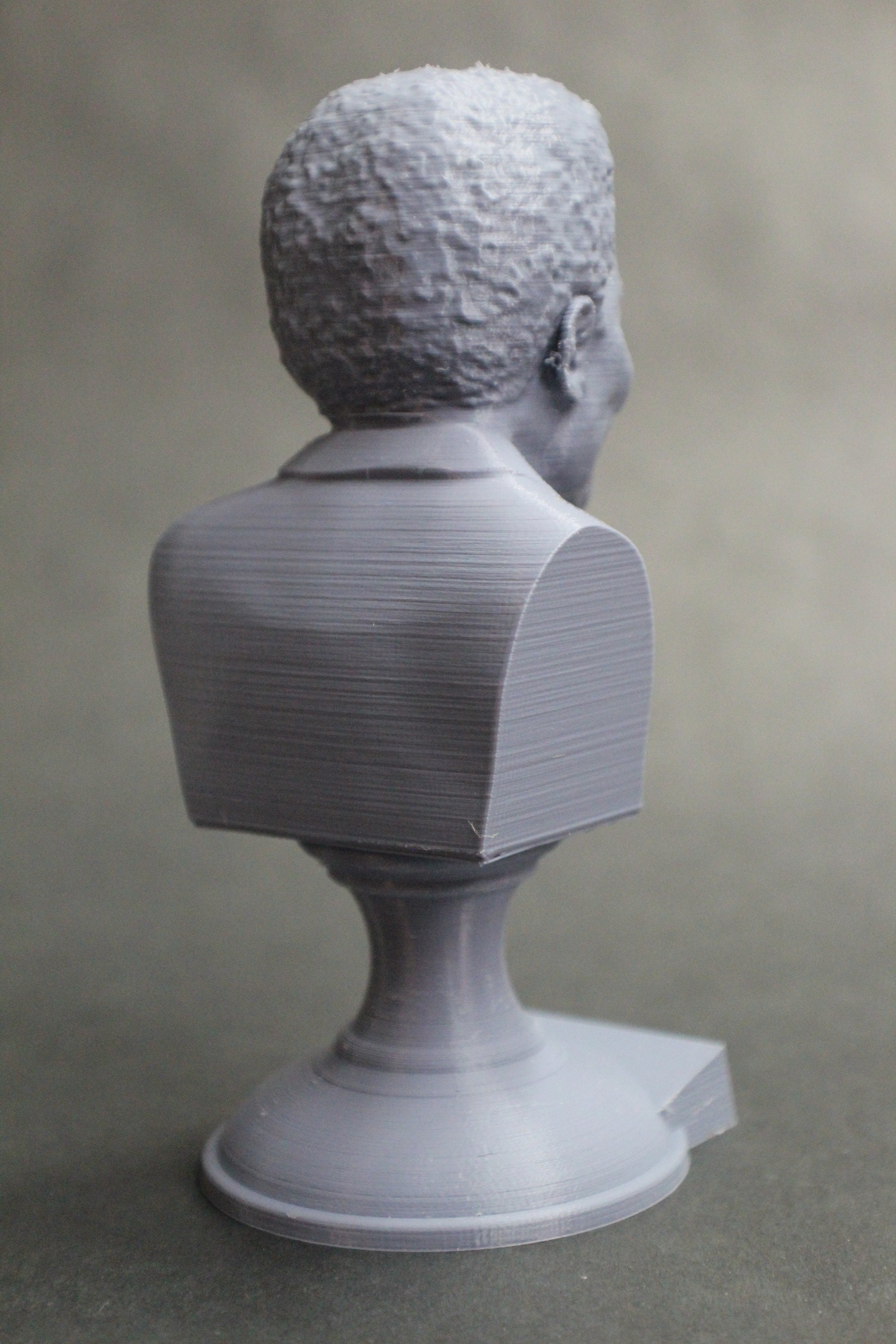 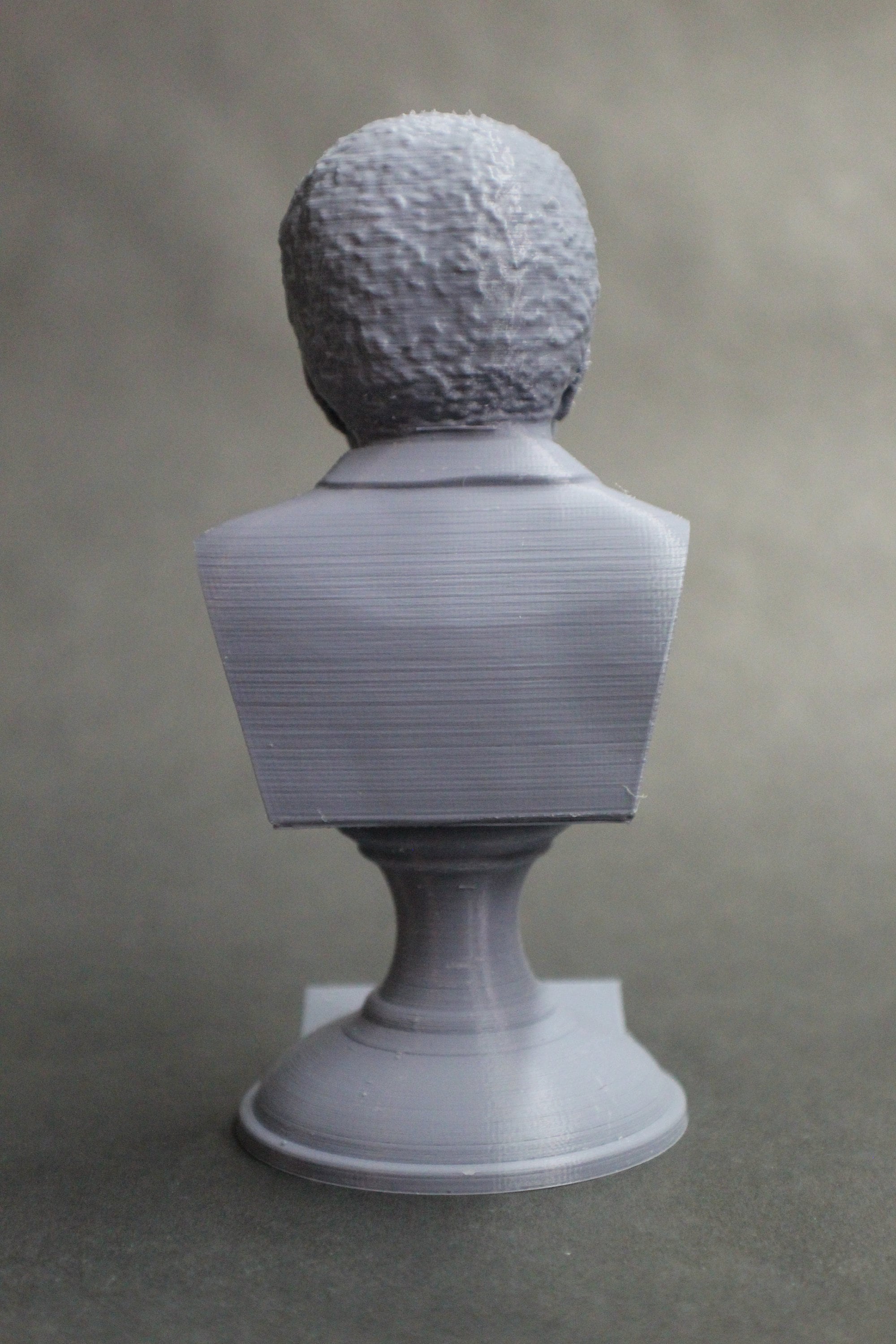 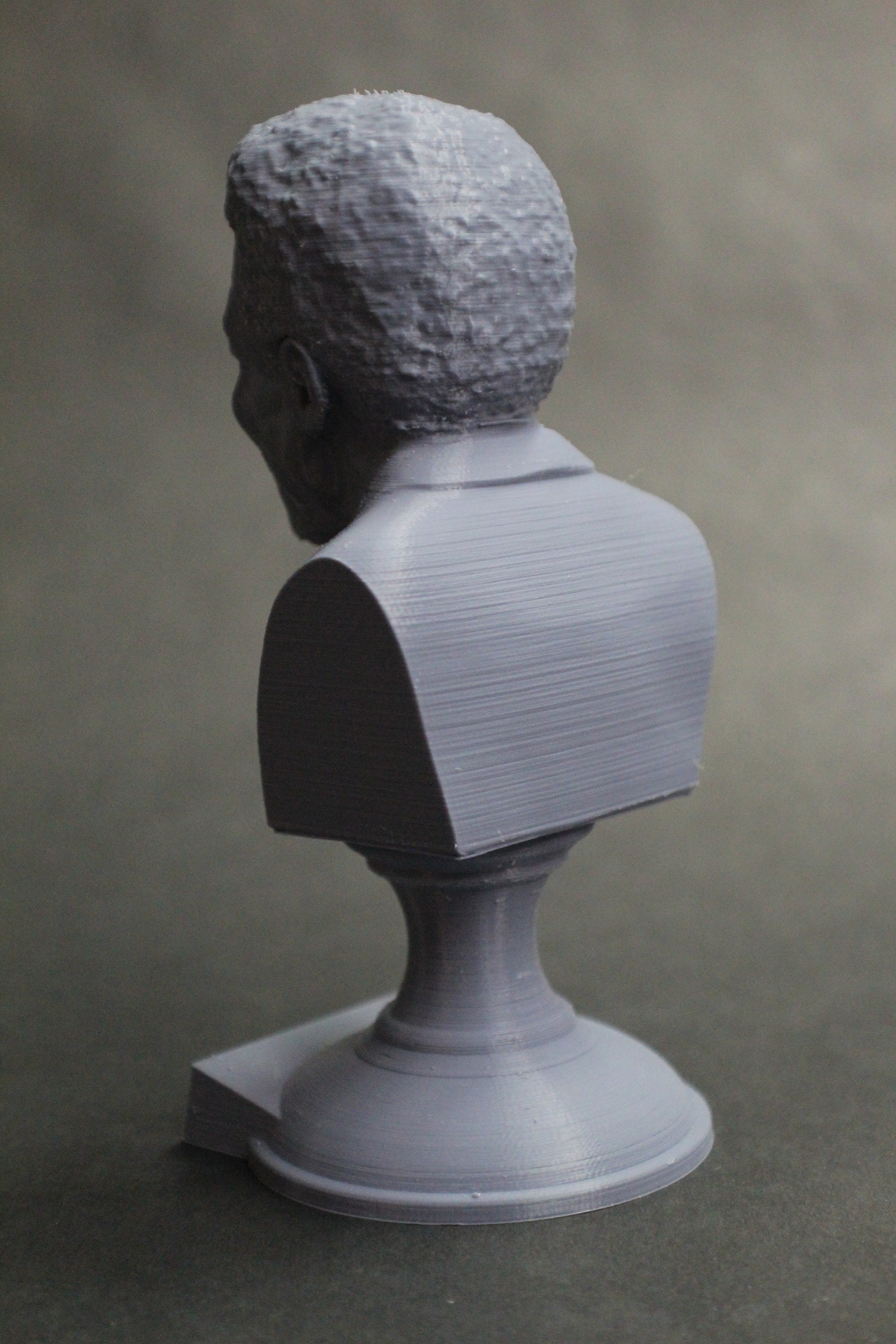 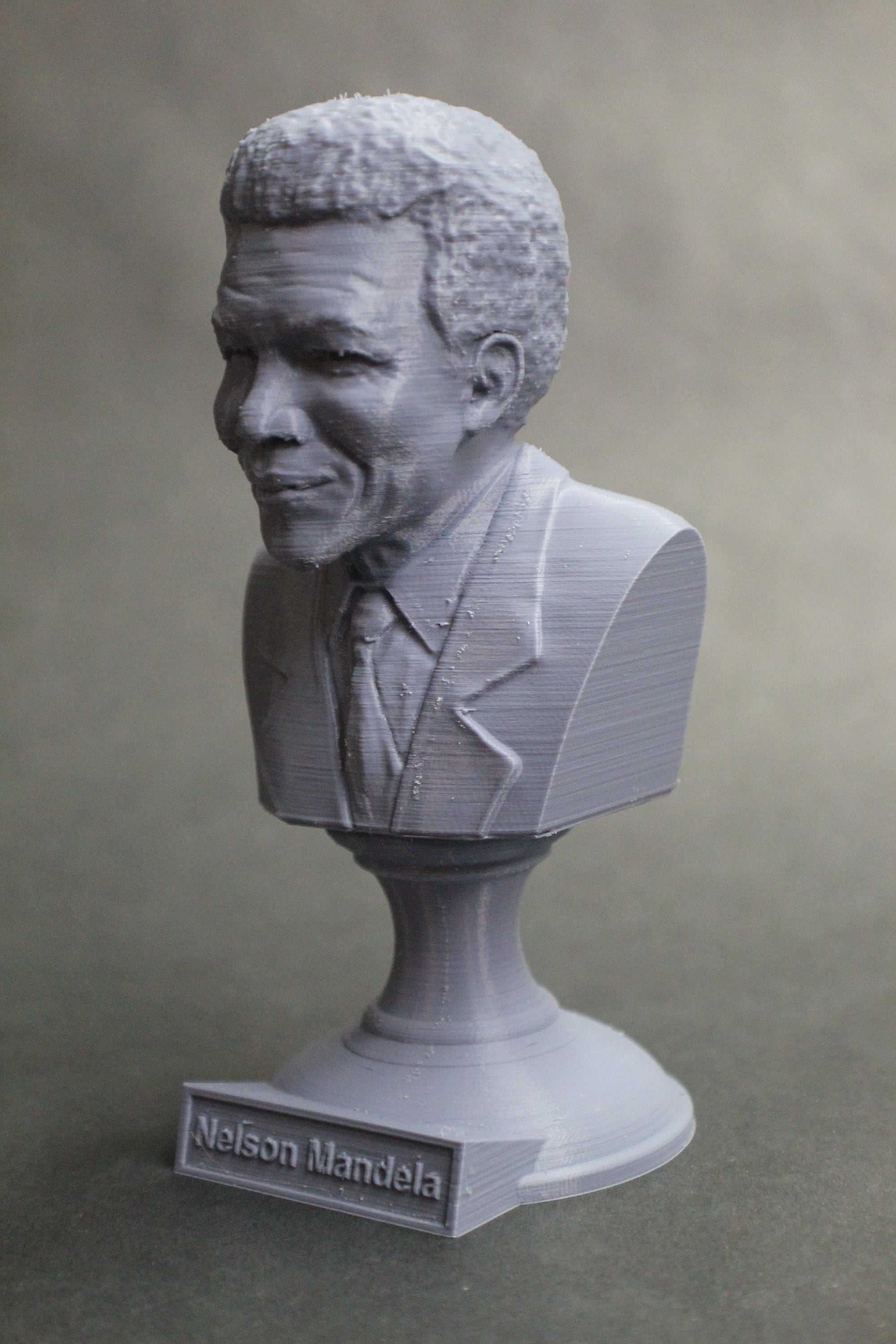 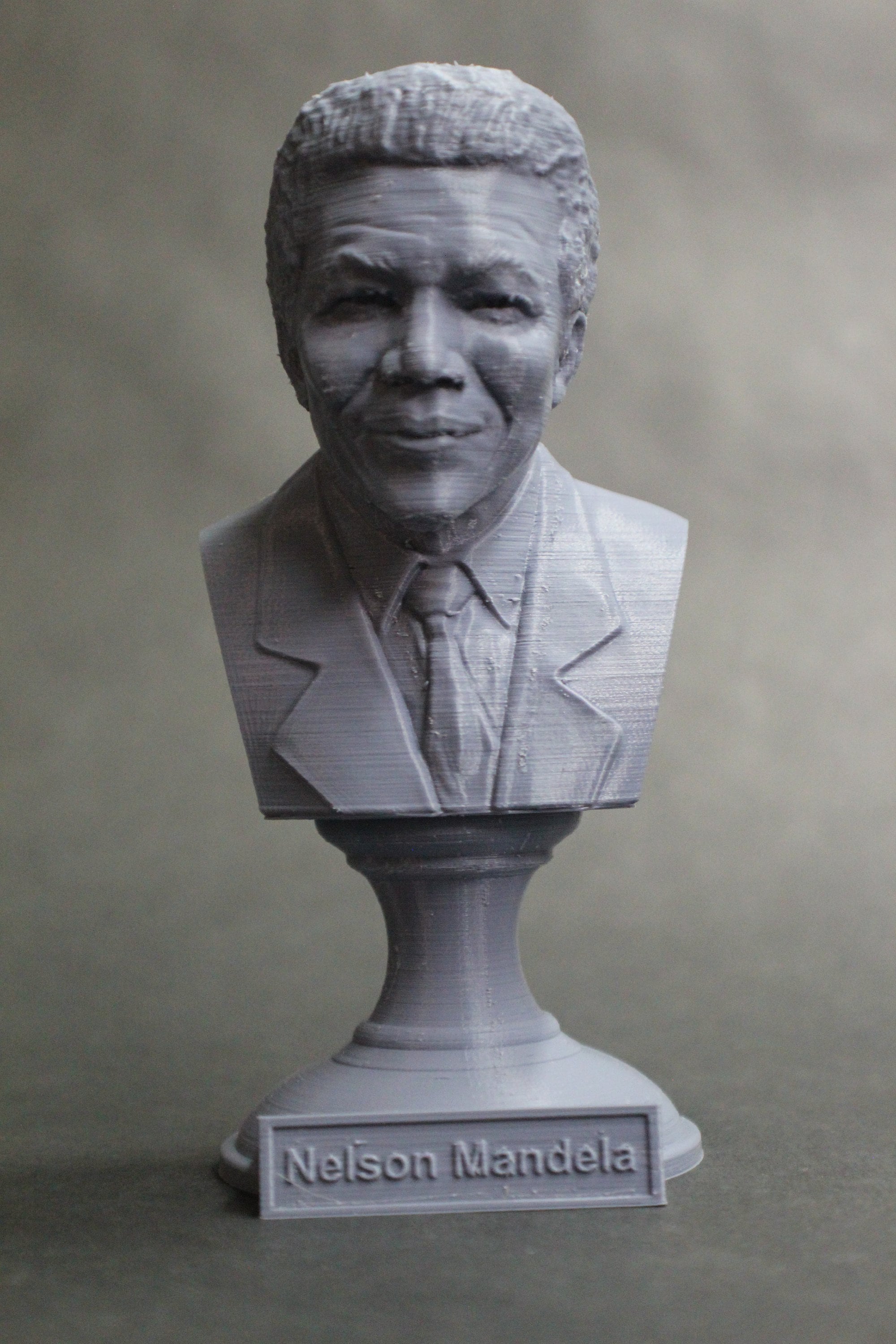 This is a 3D printed bust of Nelson Mandela,South African Anti-Apartheid Revolutionary. This one is printed in a gray PLA, giving it a detailed look and a surprise whenever someone picks it up to discover it's actual weight. It is more durable than alabaster or plaster, and is washable with lukewarm soapy water for easy spring cleaning. It comes on a custom plinth that has his name on the front.

Nelson Rolihlahla Mandela was a South African anti-apartheid revolutionary, political leader, and philanthropist who served as President of South Africa from 1994 to 1999. He was the country's first black head of state and the first elected in a fully representative democratic election. His government focused on dismantling the legacy of apartheid by tackling institutionalized racism and fostering racial reconciliation. Ideologically an African nationalist and socialist, he served as President of the African National Congress (ANC) party from 1991 to 1997.

A Xhosa, Mandela was born to the Thembu royal family in Mvezo, British South Africa. He studied law at the University of Fort Hare and the University of Witwatersrand before working as a lawyer in Johannesburg. There he became involved in anti-colonial and African nationalist politics, joining the ANC in 1943 and co-founding its Youth League in 1944. After the National Party's white-only government established apartheid, a system of racial segregation that privileged whites, he and the ANC committed themselves to its overthrow. Mandela was appointed President of the ANC's Transvaal branch, rising to prominence for his involvement in the 1952 Defiance Campaign and the 1955 Congress of the People. He was repeatedly arrested for seditious activities and was unsuccessfully prosecuted in the 1956 Treason Trial. Influenced by Marxism, he secretly joined the banned South African Communist Party (SACP). Although initially committed to non-violent protest, in association with the SACP he co-founded the militant Umkhonto we Sizwe in 1961 and led a sabotage campaign against the government. He was arrested and imprisoned in 1962, and subsequently sentenced to life imprisonment for conspiring to overthrow the state following the Rivonia Trial.