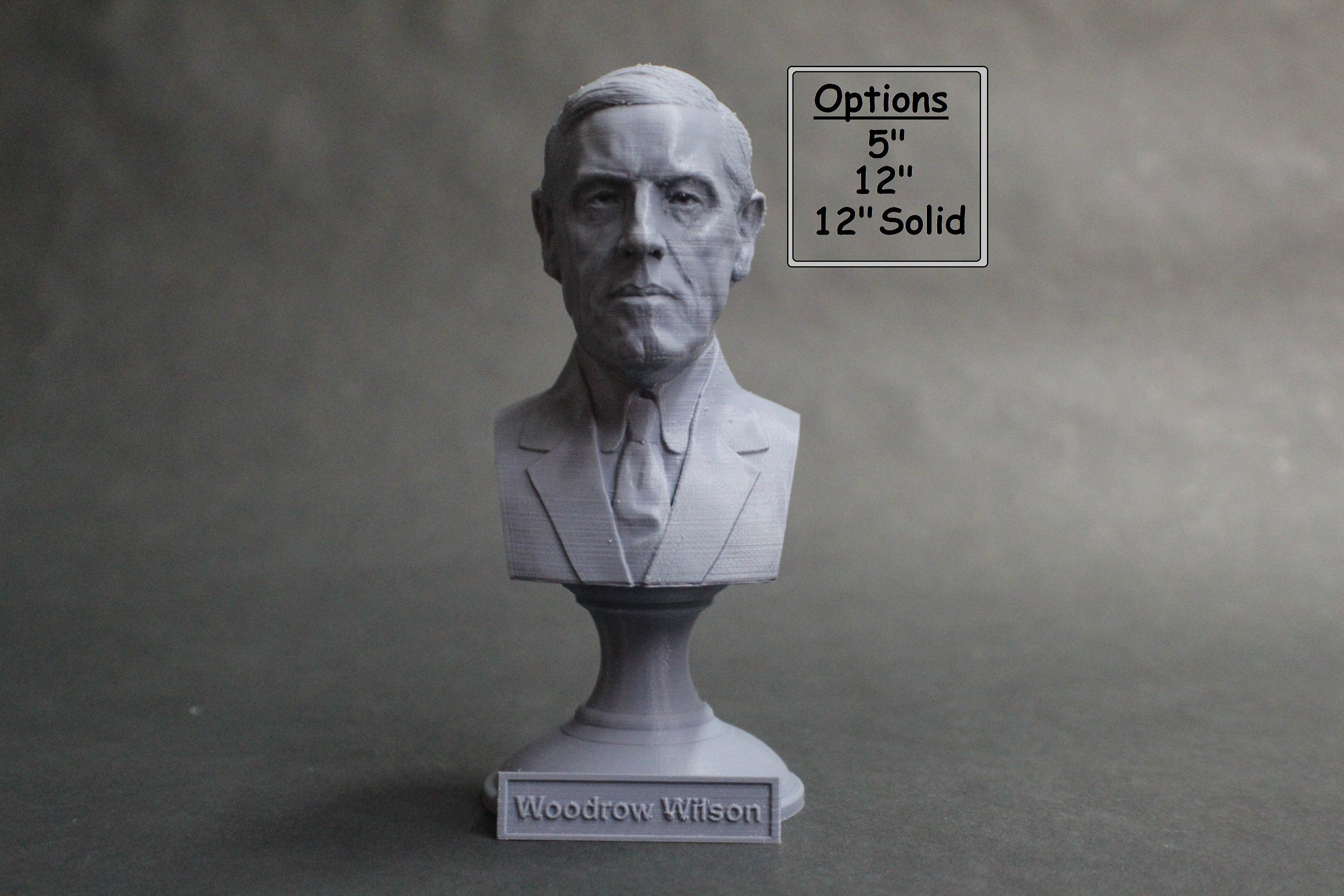 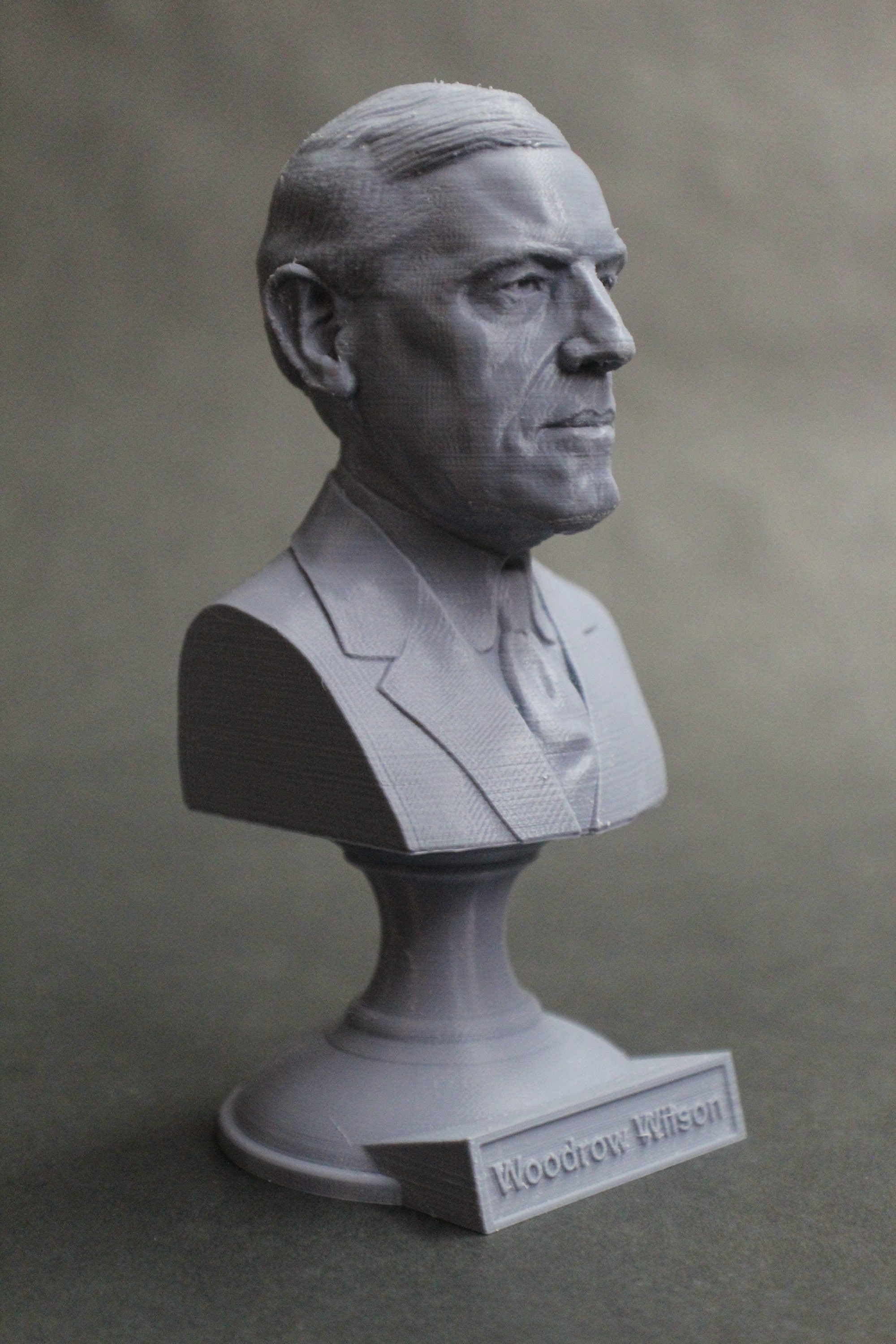 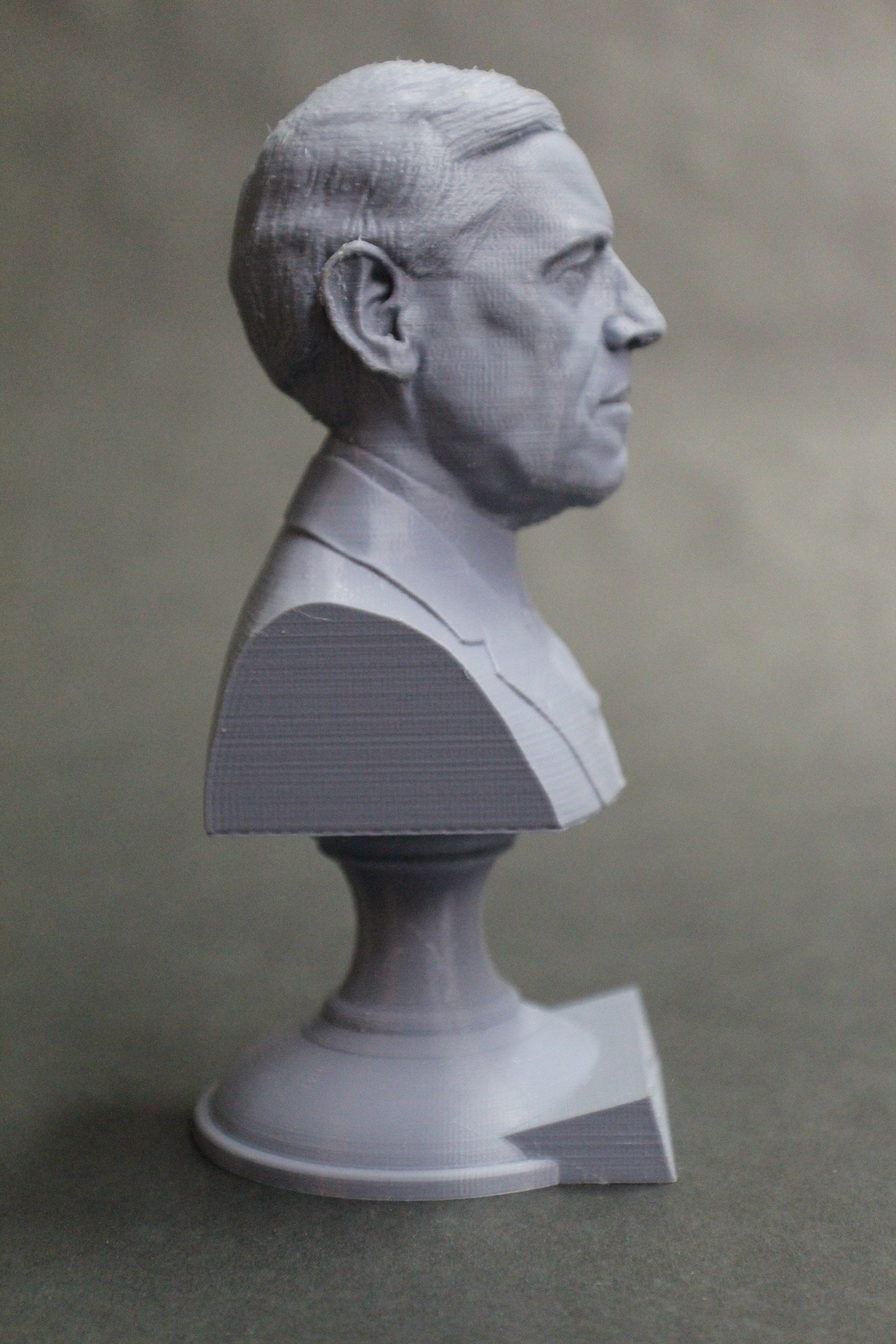 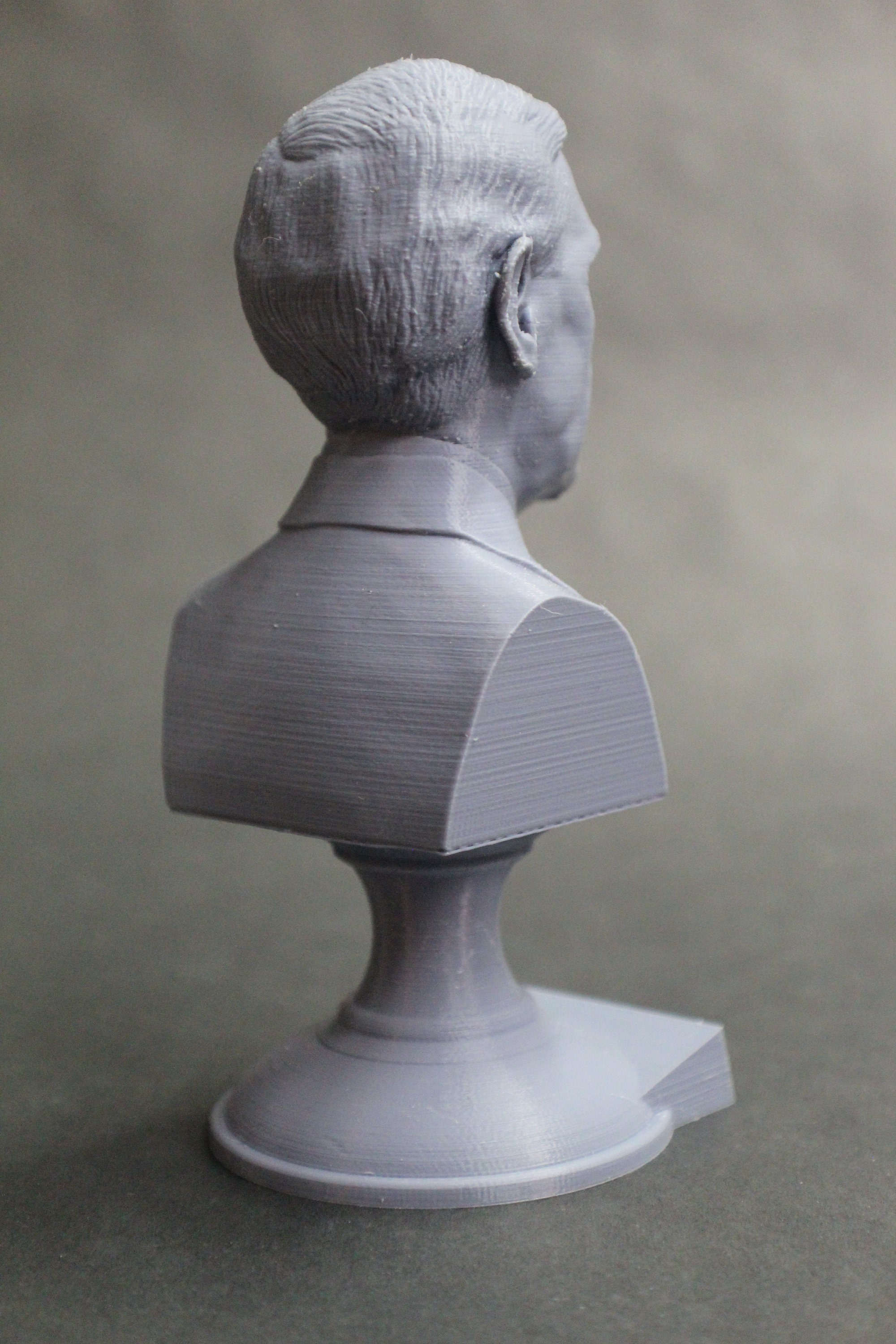 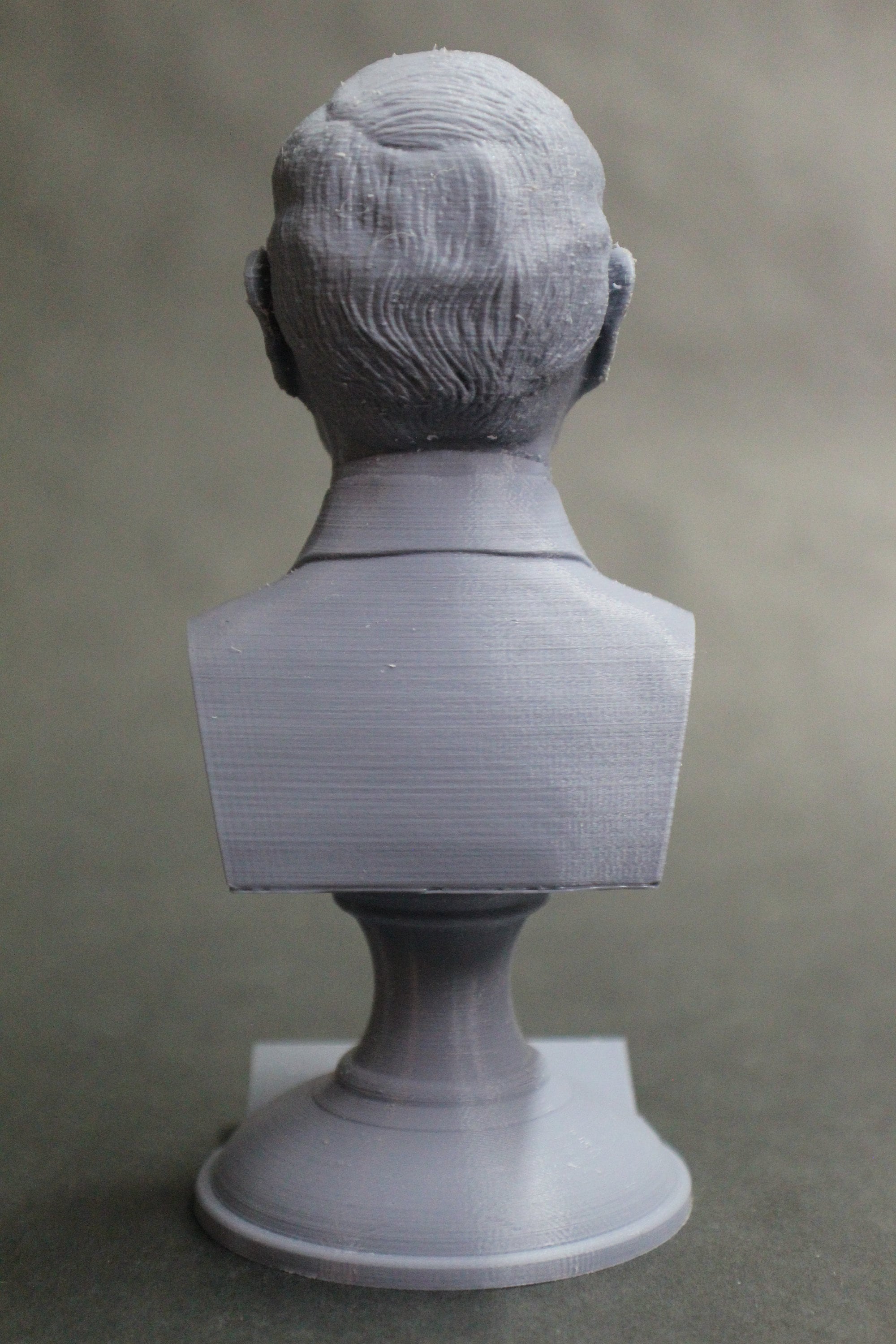 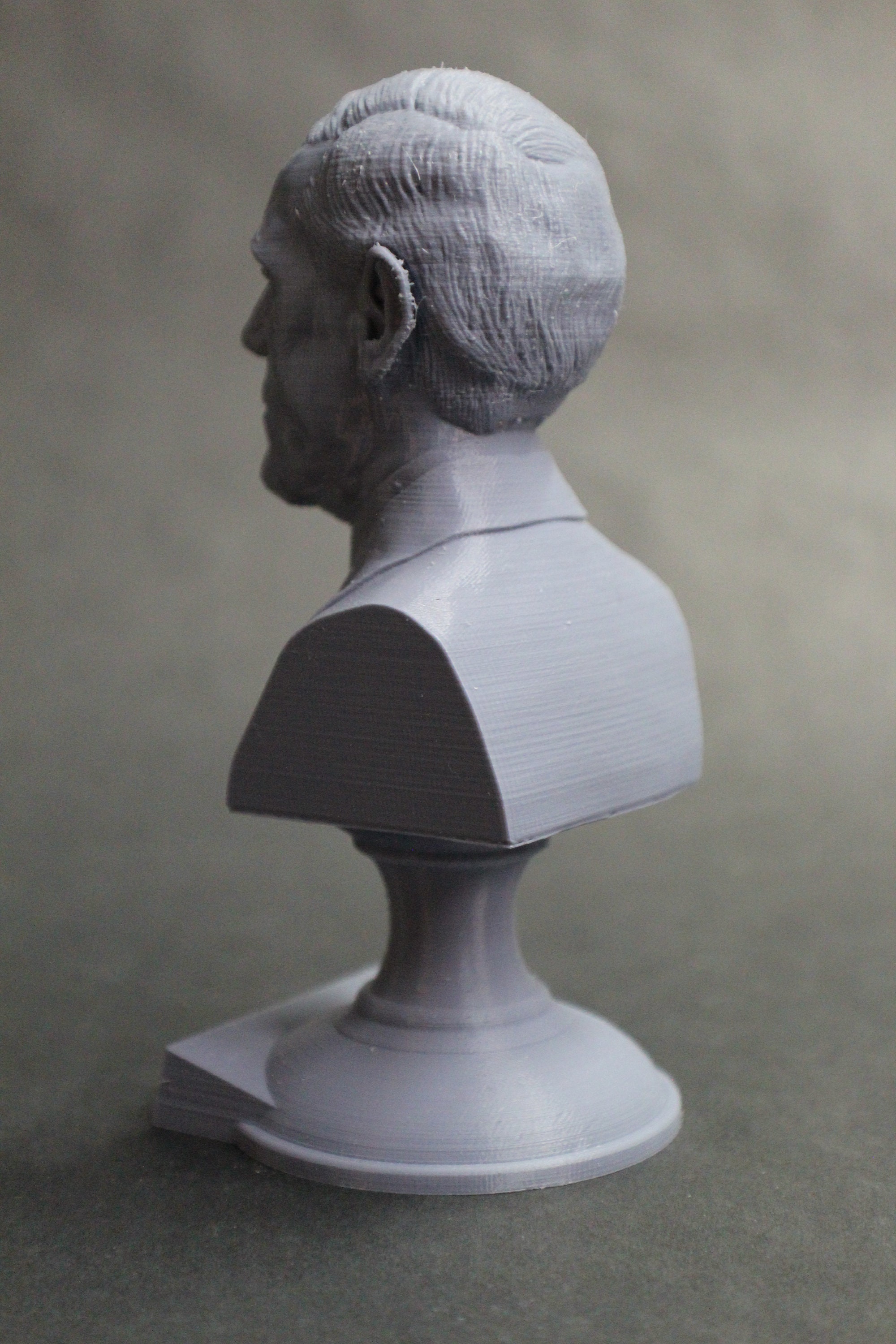 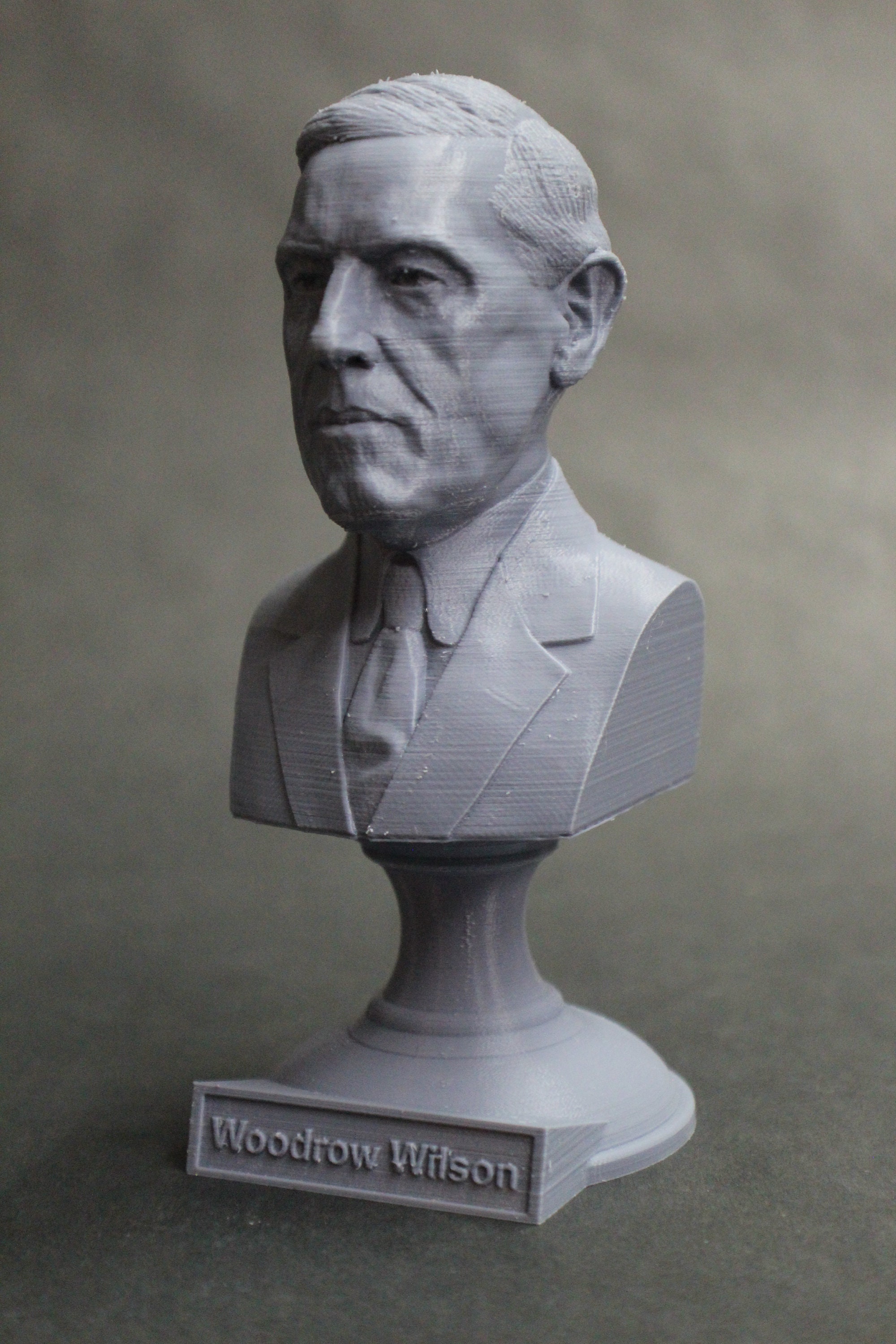 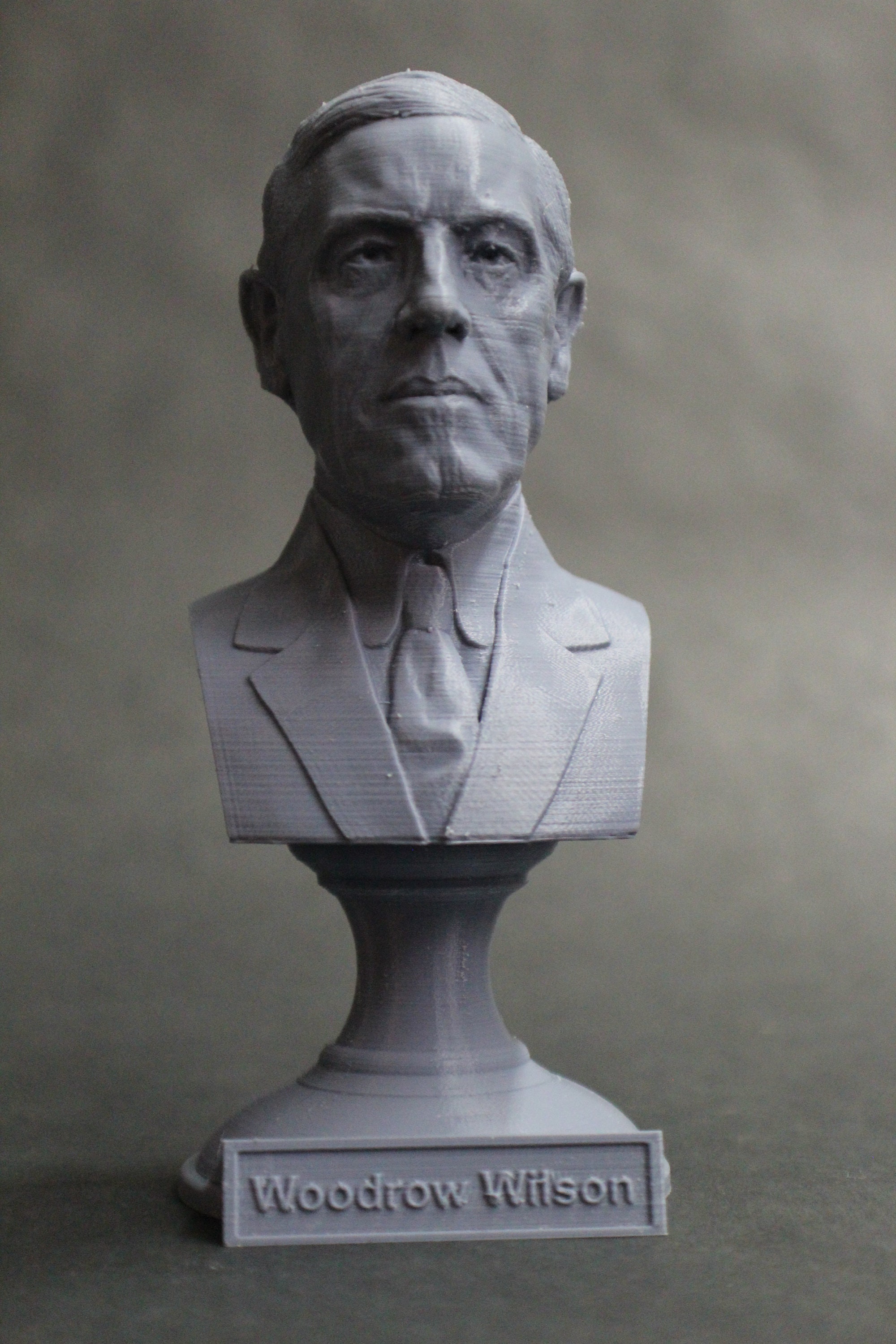 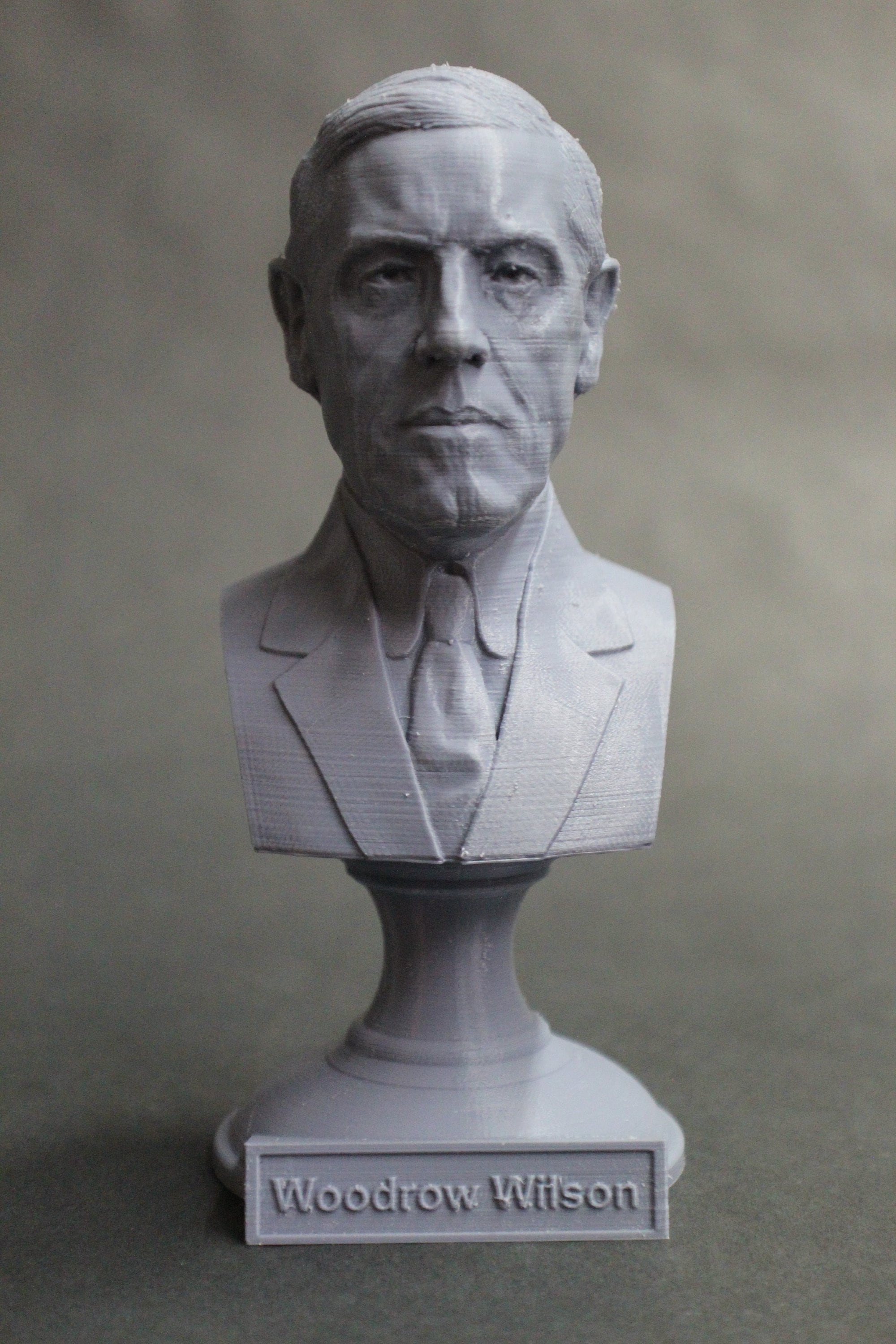 This 3D printed bust of Woodrow Wilson, the twenty-eighth United States President. This one is printed in a gray PLA, giving it a detailed look and a surprise whenever someone picks it up to discover it's actual weight. It is more durable than alabaster or plaster, and is washable with lukewarm soapy water for easy spring cleaning. It comes on a custom plinth that has his name on the front.

Thomas Woodrow Wilson (December 28, 1856 – February 3, 1924) was an American statesman, lawyer, and academic who served as the 28th president of the United States from 1913 to 1921. A member of the Democratic Party, Wilson served as the president of Princeton University and as the 34th governor of New Jersey before winning the 1912 presidential election. As president, he oversaw the passage of progressive legislative policies unparalleled until the New Deal in 1933. He also led the United States into World War I in 1917, establishing an activist foreign policy known as "Wilsonianism."

In early 1917, Wilson asked Congress for a declaration of war against Germany after Germany implemented a policy of unrestricted submarine warfare, and Congress complied. Wilson presided over war-time mobilization but devoted much of his efforts to foreign affairs, developing the Fourteen Points as a basis for post-war peace. After Germany signed an armistice in November 1918, Wilson and other Allied leaders took part in the Paris Peace Conference, where Wilson advocated for the establishment of a multilateral organization known as the League of Nations. The League of Nations was incorporated into the Treaty of Versailles and other treaties with the defeated Central Powers, but Wilson was unable to convince the Senate to ratify that treaty or allow the United States to join the League. Wilson suffered a severe stroke in October 1919 and was incapacitated for the remainder of his presidency. He retired from public office in 1921, and died in 1924. Scholars generally rank Wilson as one of the better U.S. presidents, though he has received strong criticism for his actions regarding racial segregation.