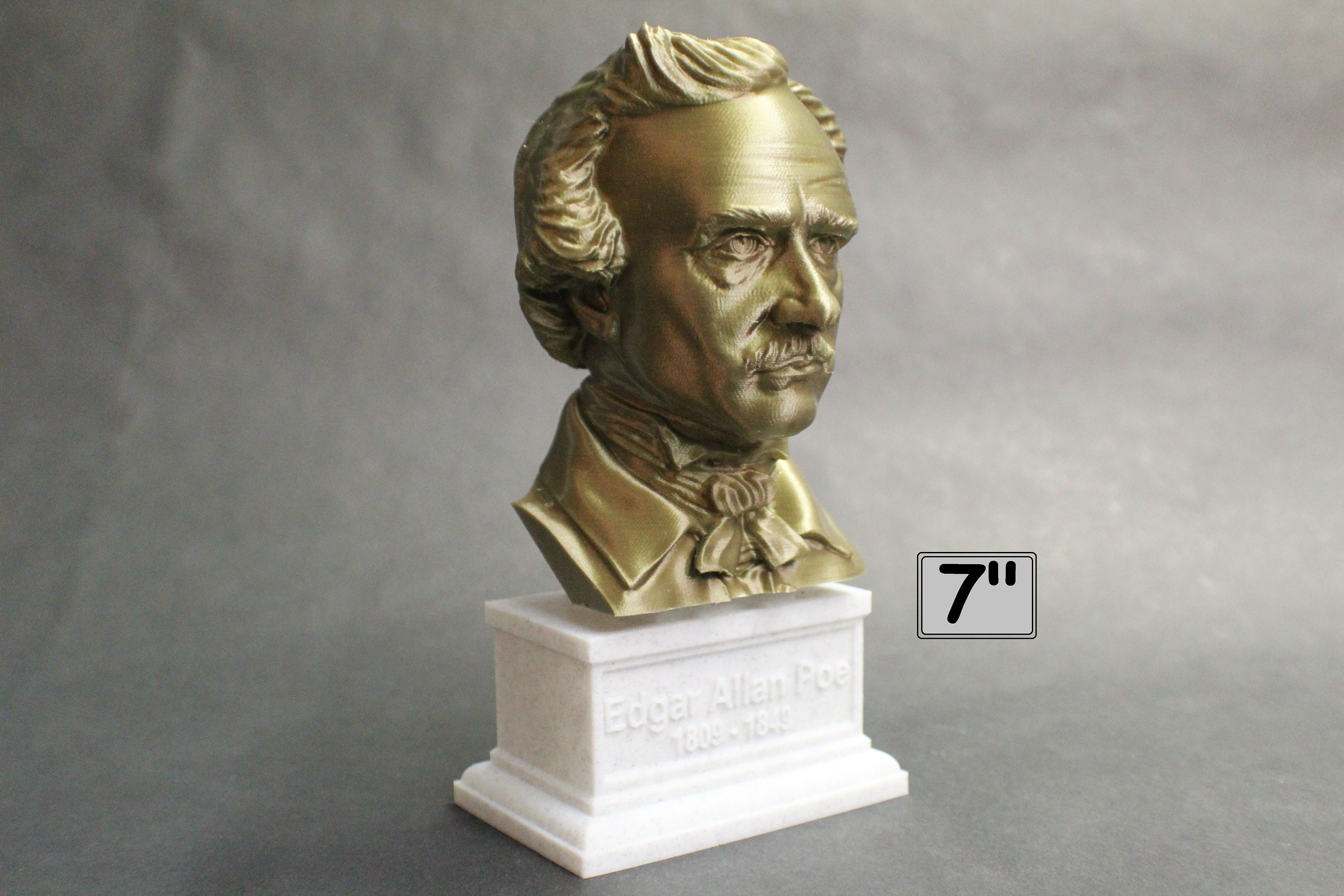 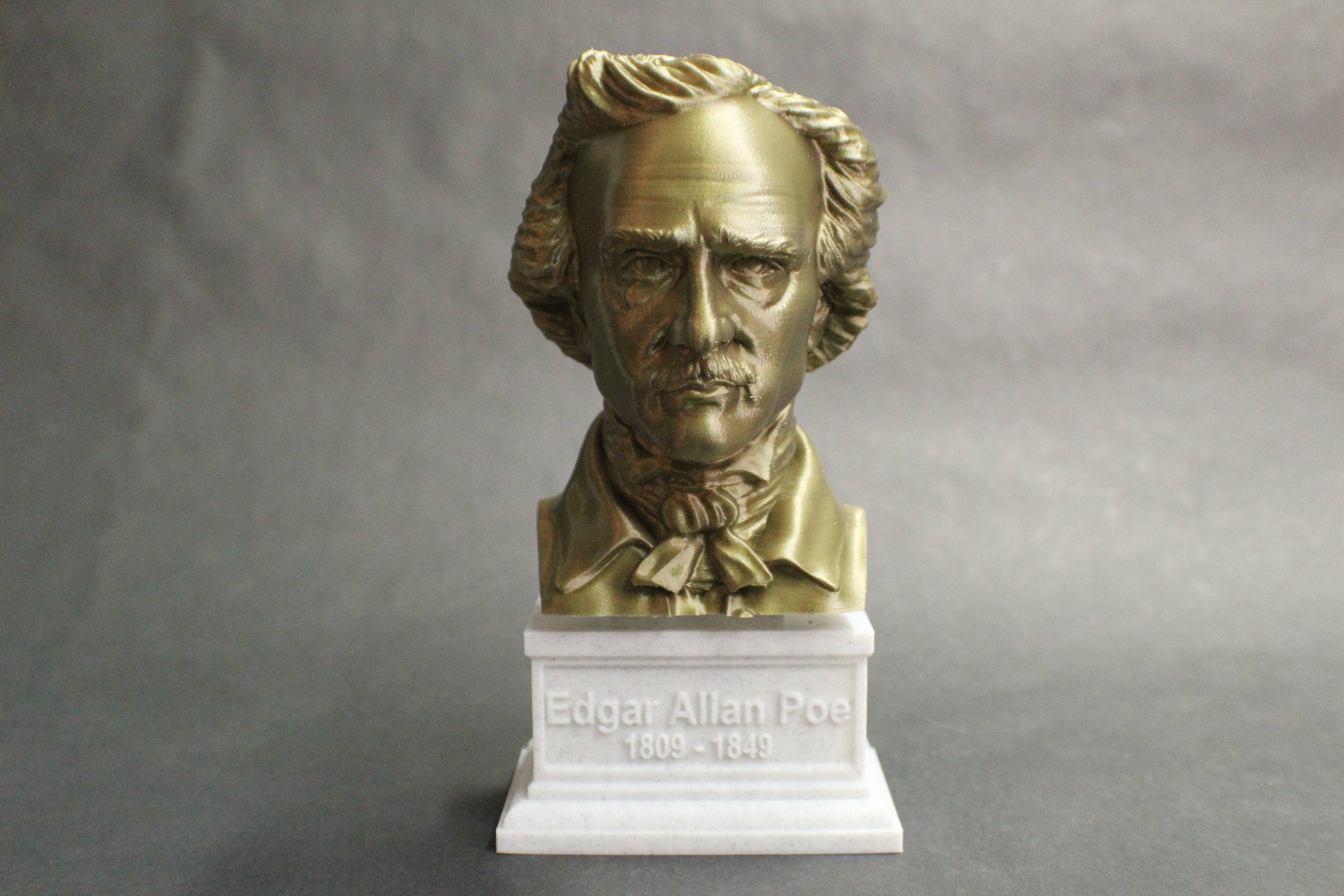 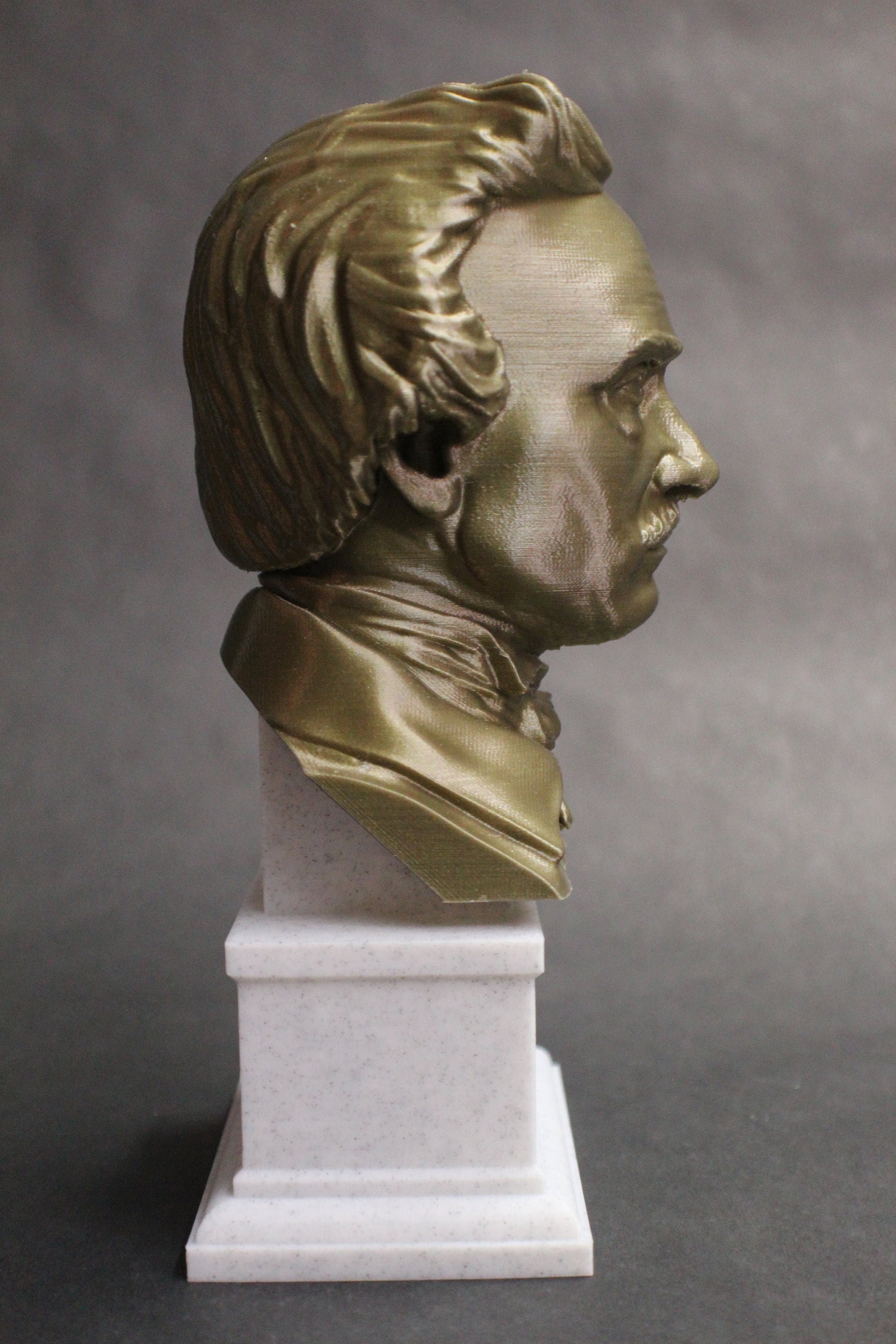 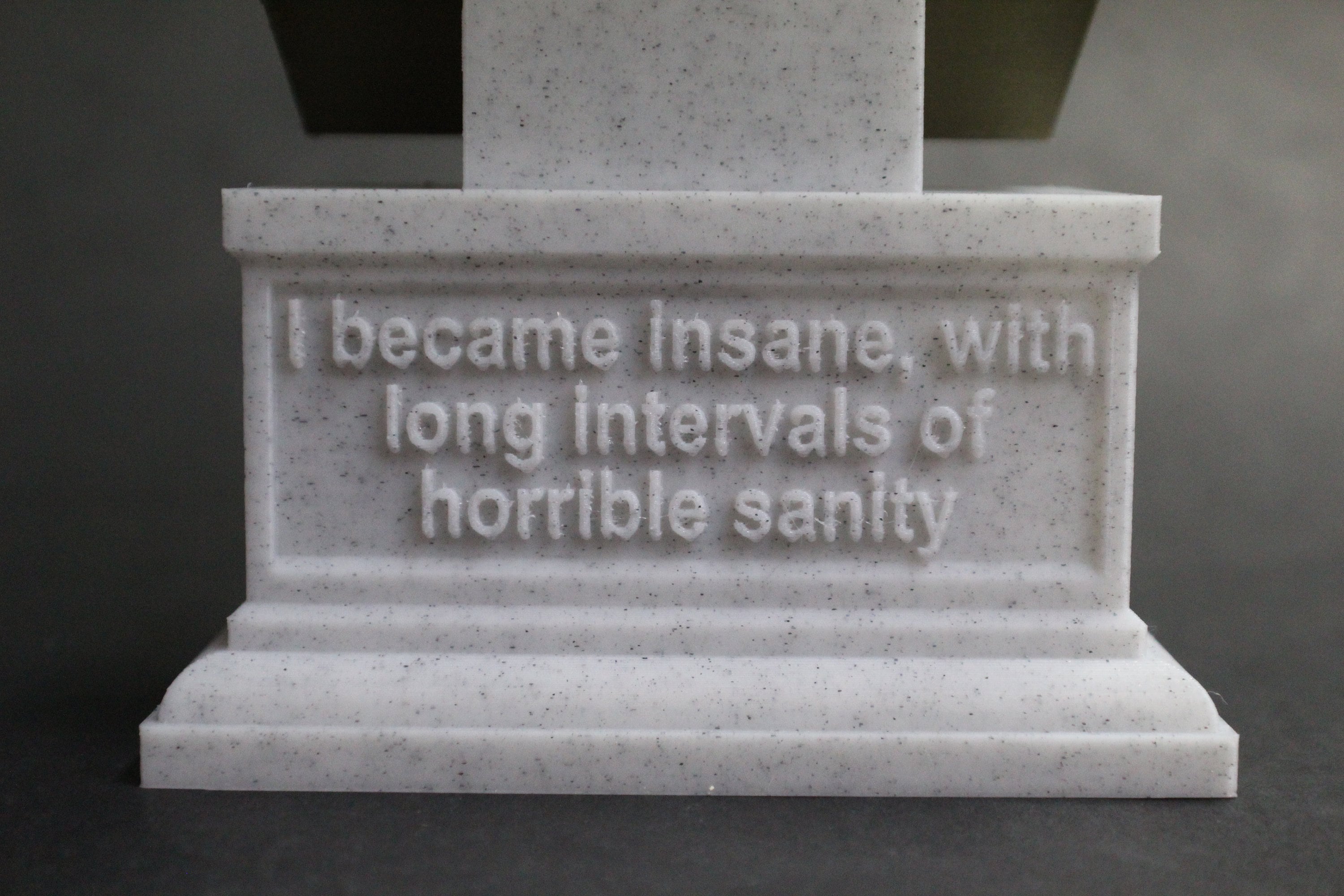 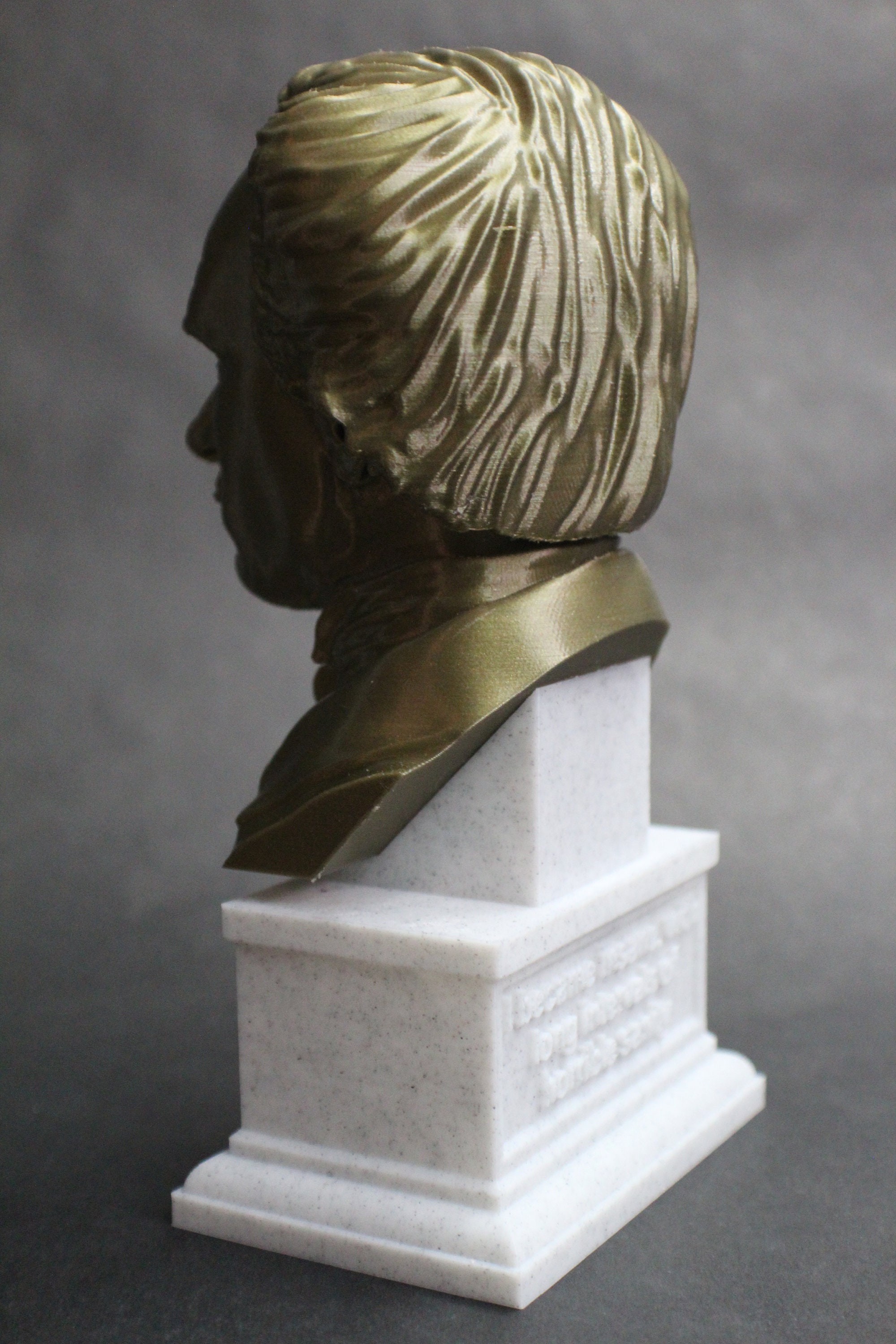 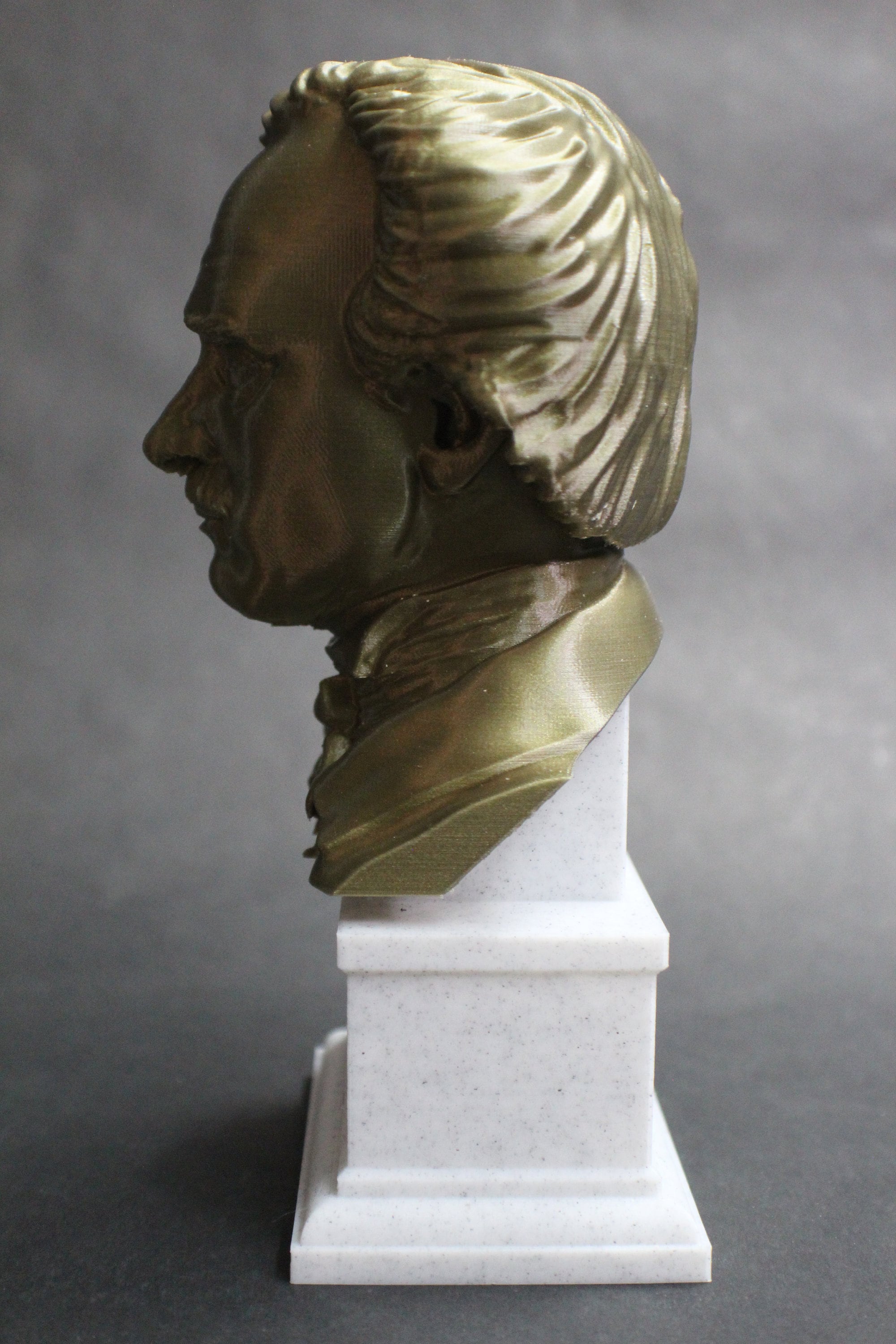 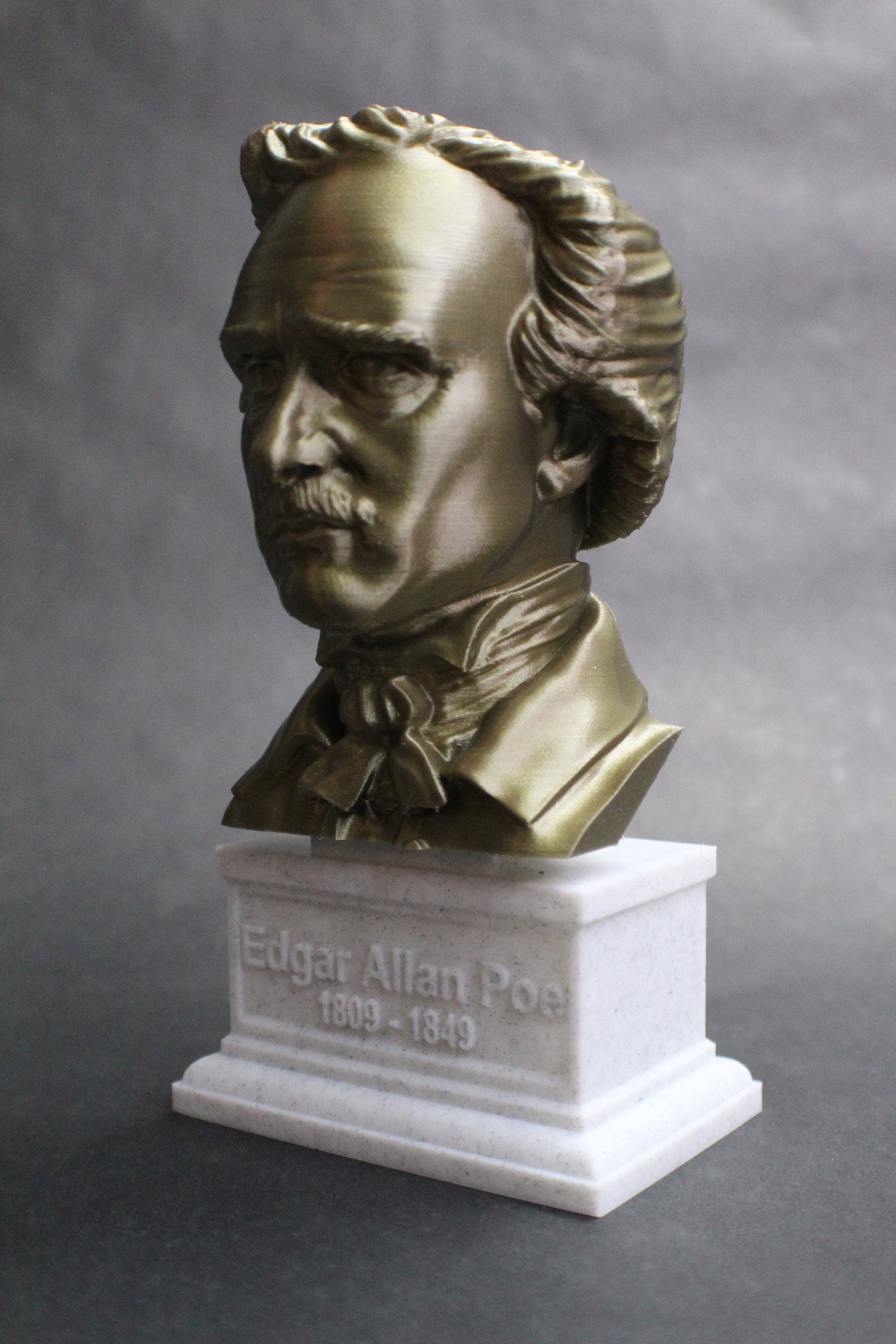 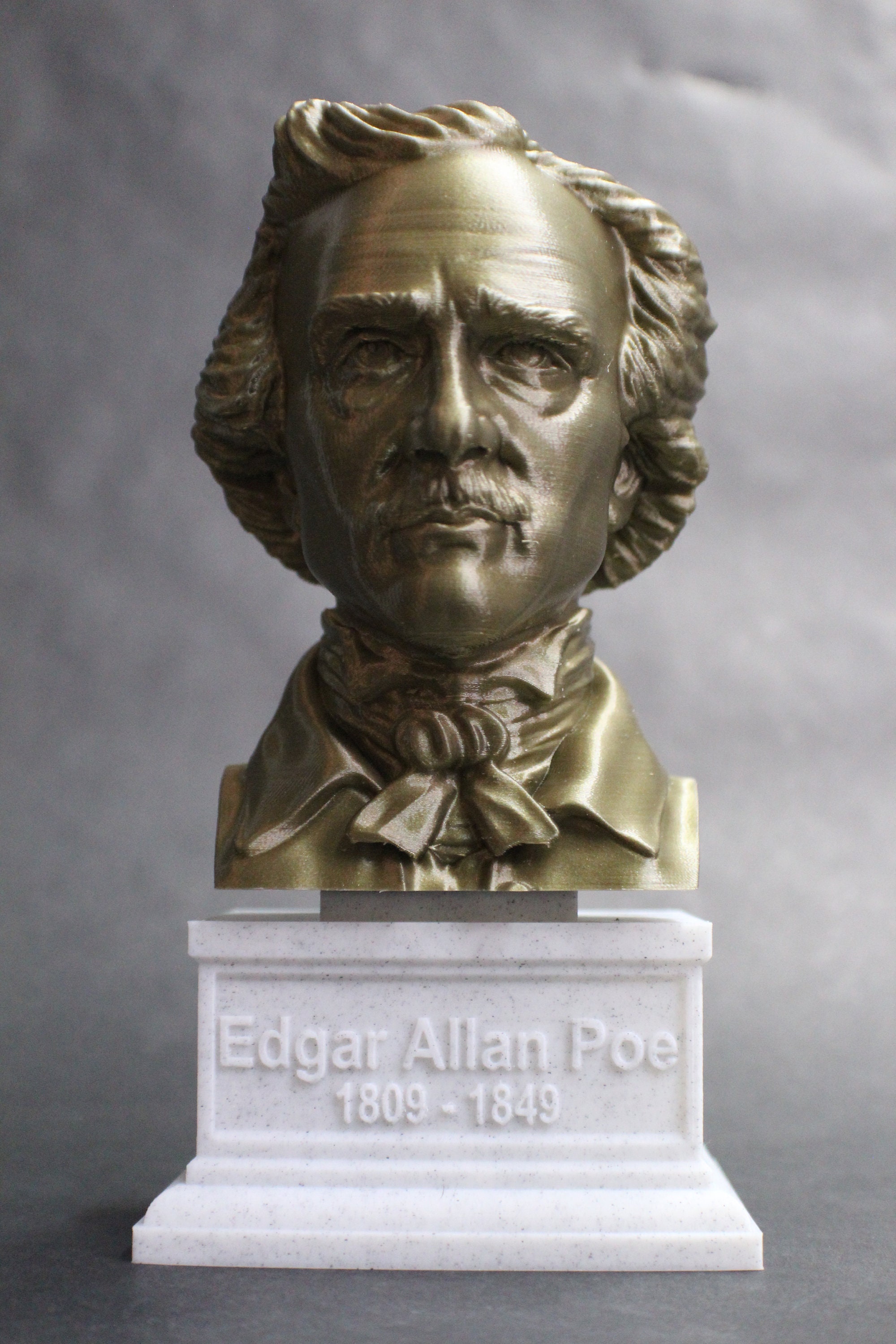 This is a 3D printed bust of Edgar Allan Poe, American Writer, Editor, Poet, and Literary Critic. This one is printed in a marble and bronze PLA, giving it a realistic stone look and a surprise whenever someone picks it up to discover it's actual weight. It is more durable than alabaster or plaster, and is washable with lukewarm soapy water for easy spring cleaning. It comes on a custom plinth that has his lifetime on the front, and the quote:

"I became insane, with long intervals of horrible sanity"

Not your thing? Well, check out my other designs here: www.3dprinteddebris.com

It's beautiful & fits perfectly with my Edgar Allan Poe collection.

Exceeds all expectations, any debate I had about this product, was a waste of time. Great detail, a fantastic marriage of technology and artist vision!

Came out better than pictures. My wife is going to absolutely love this. If your a EAP fan, this is a must buy. Thank you so much!