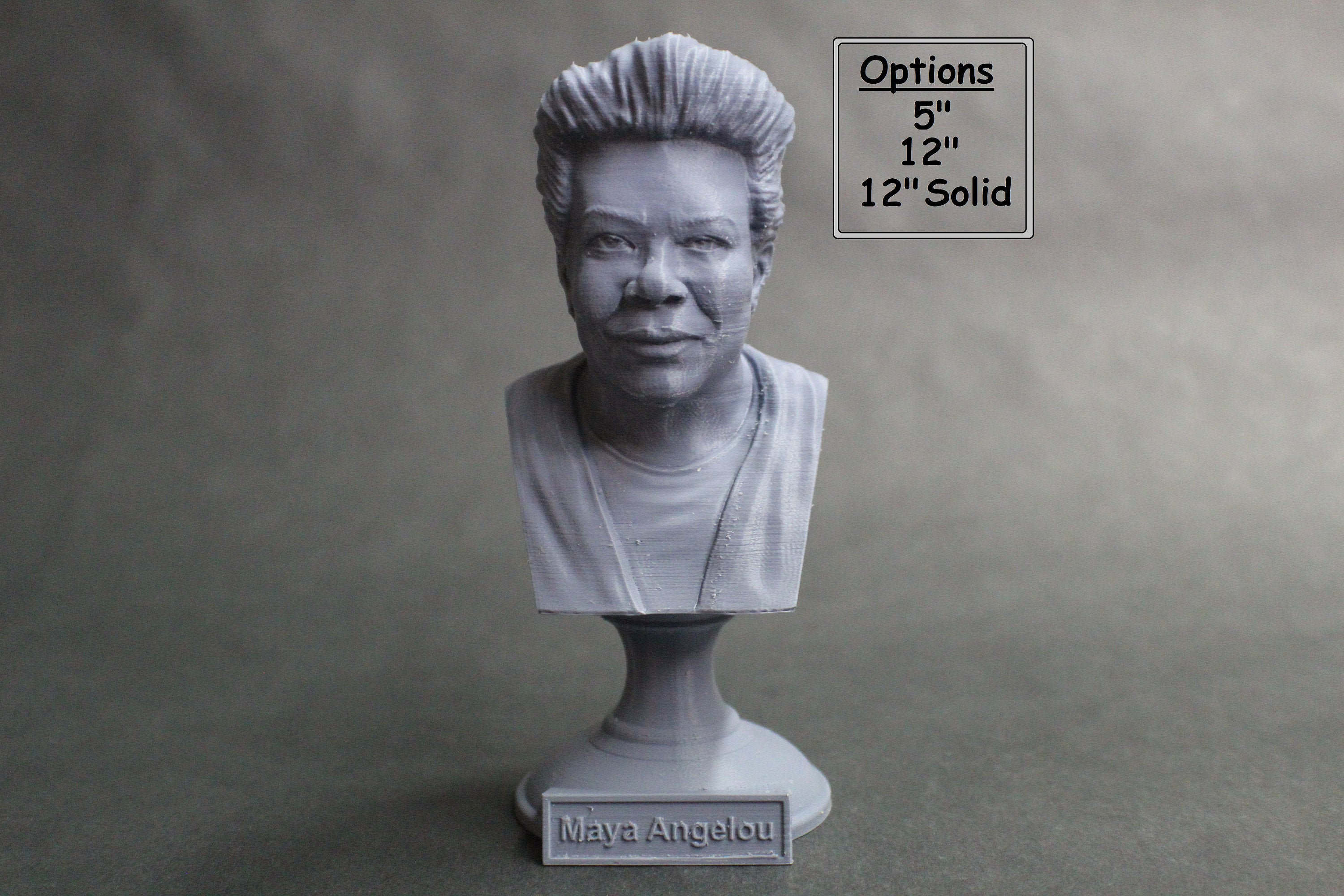 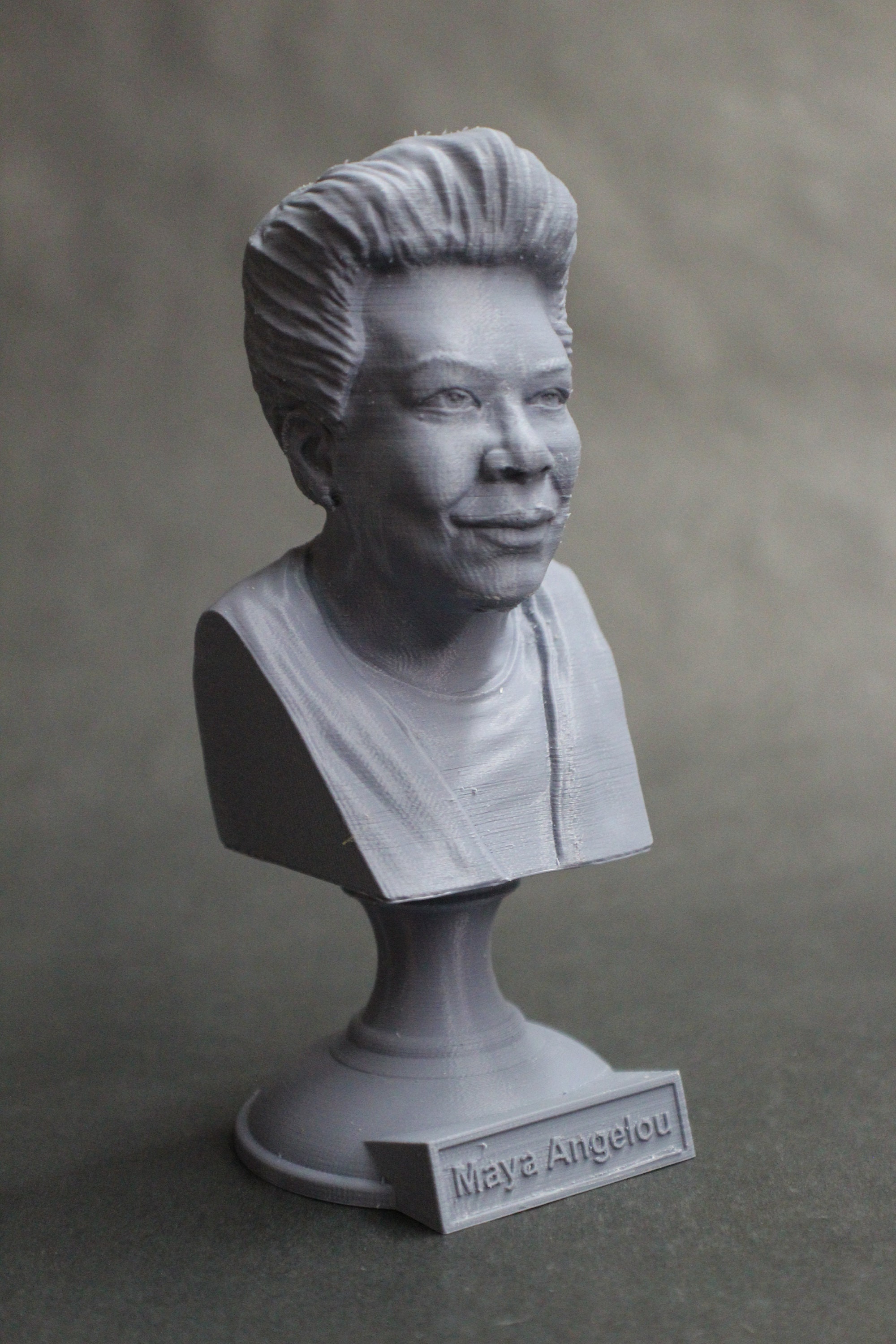 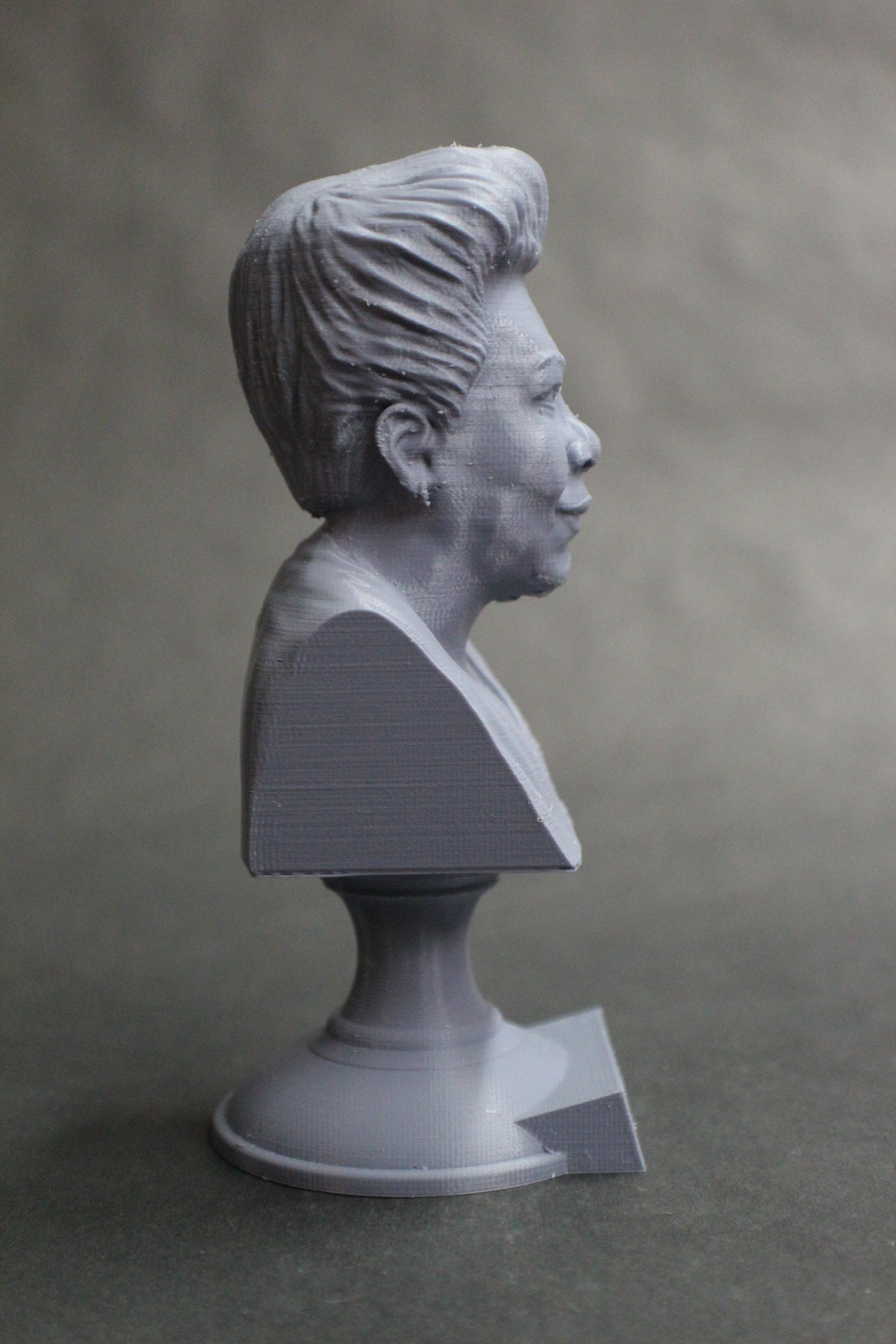 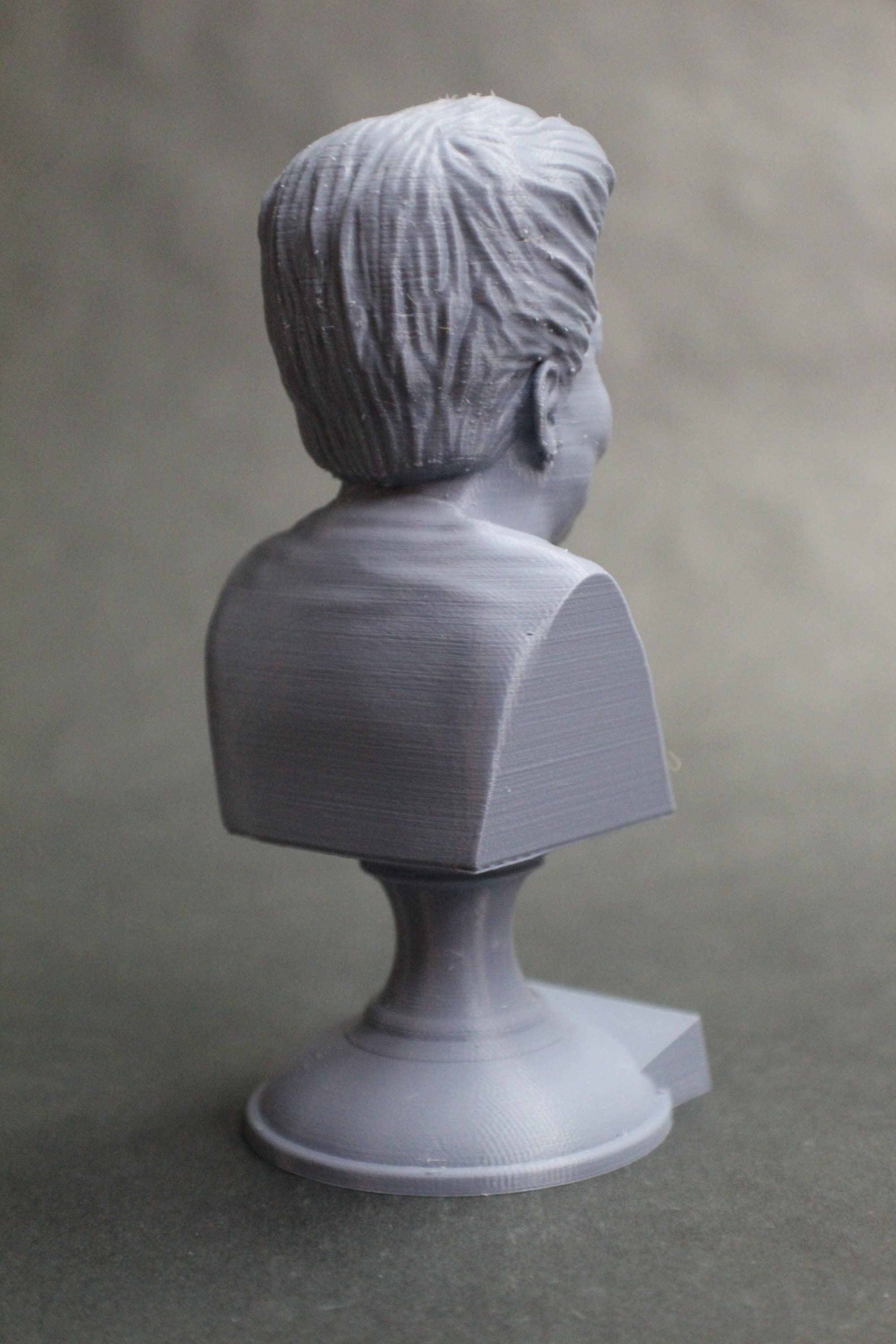 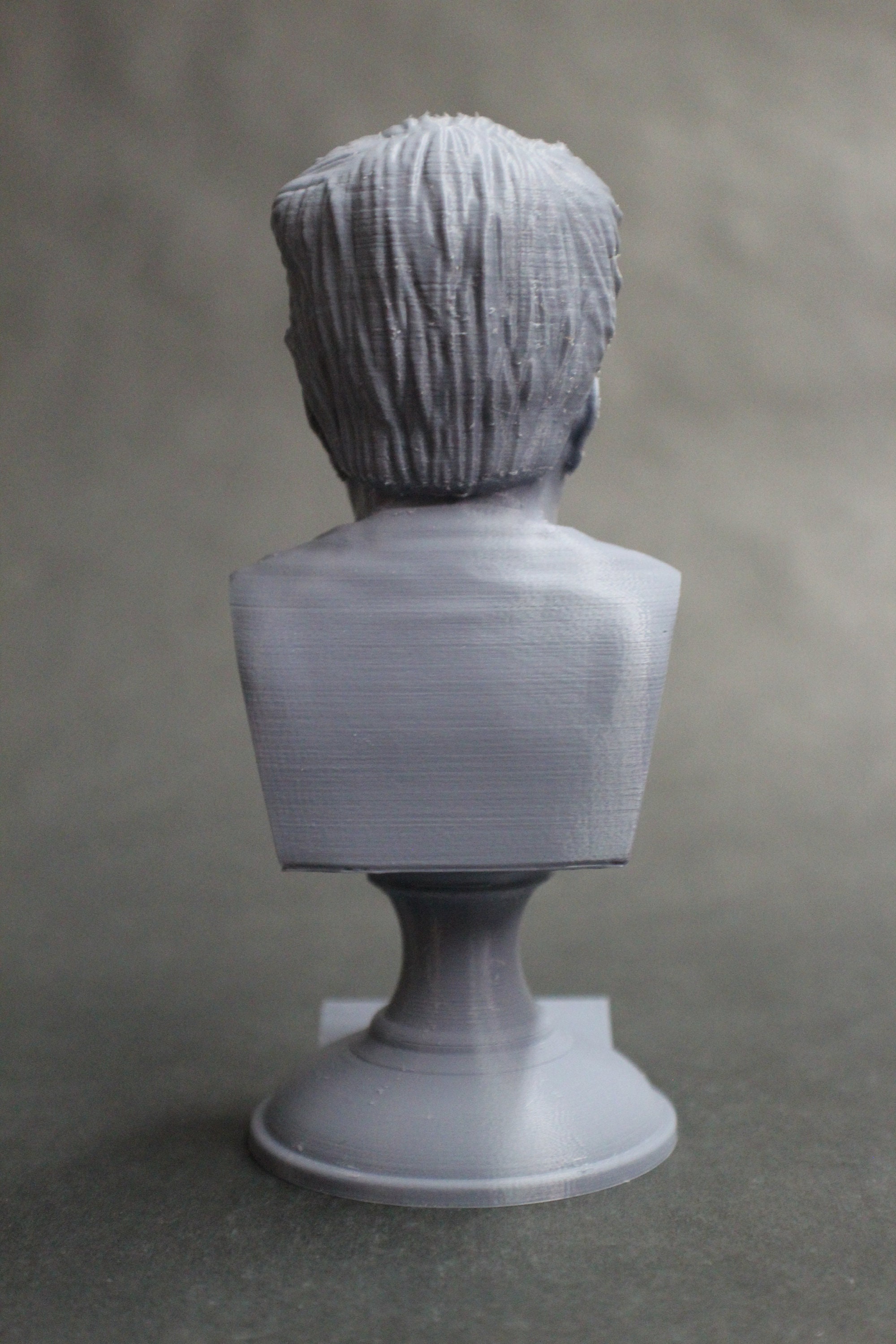 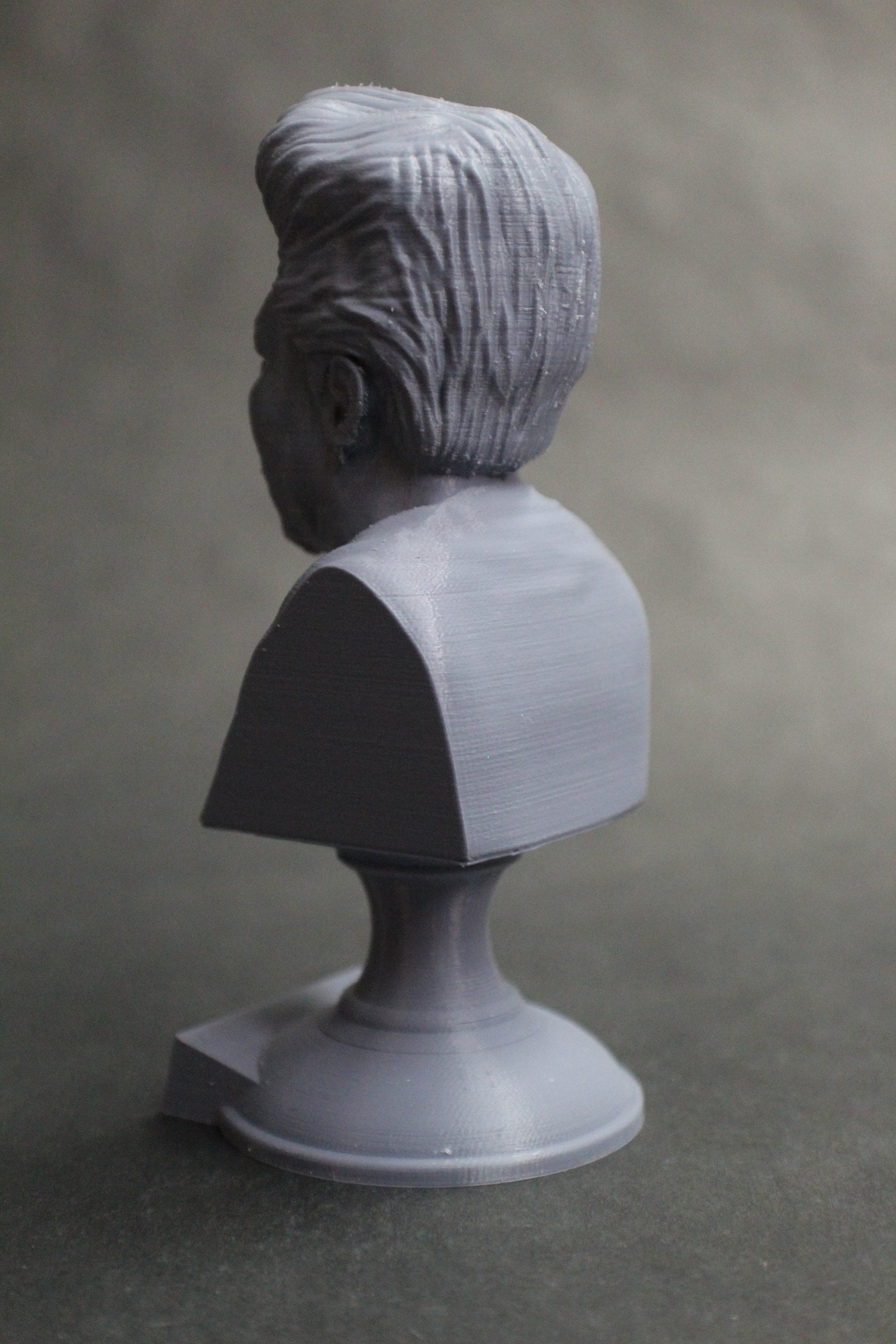 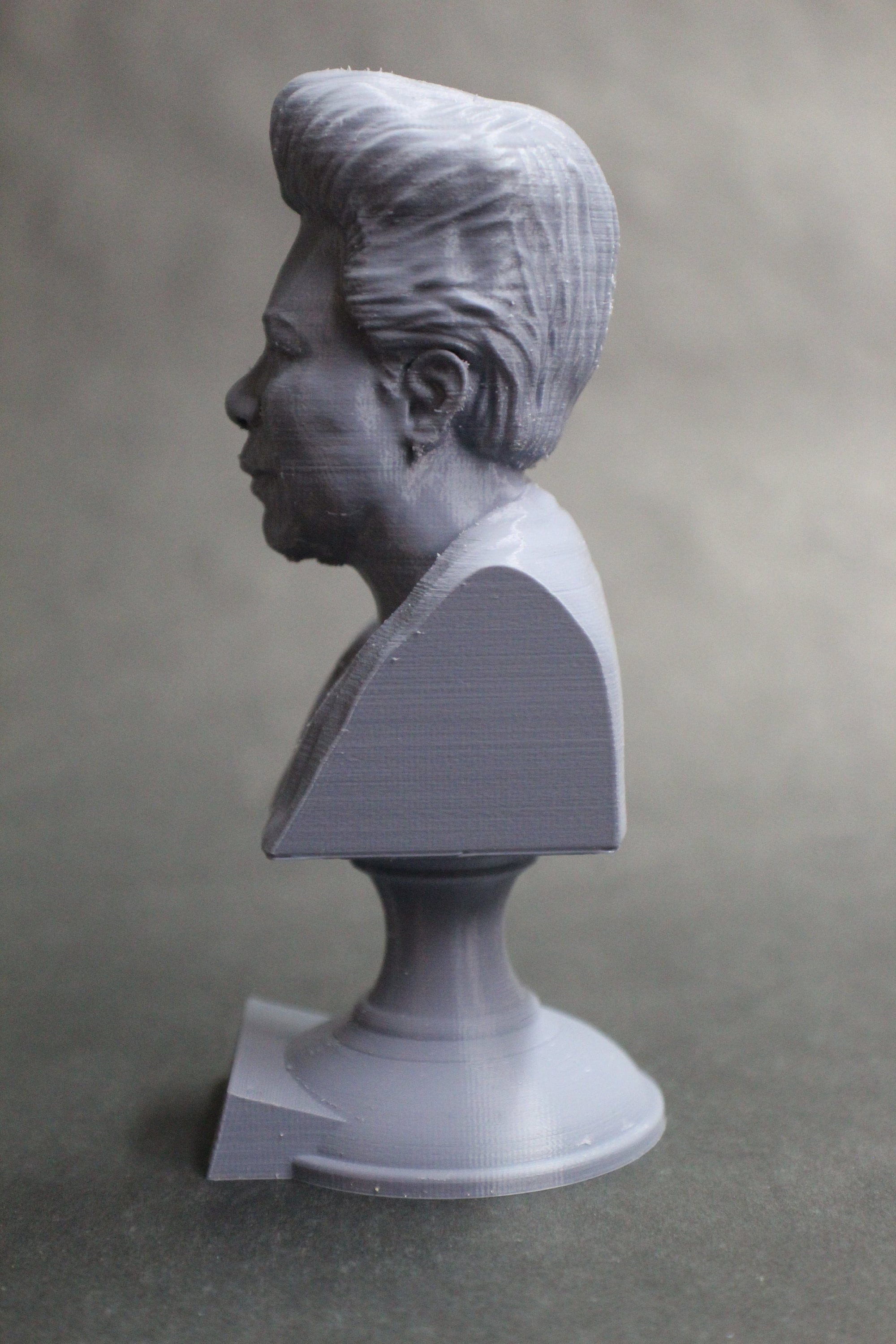 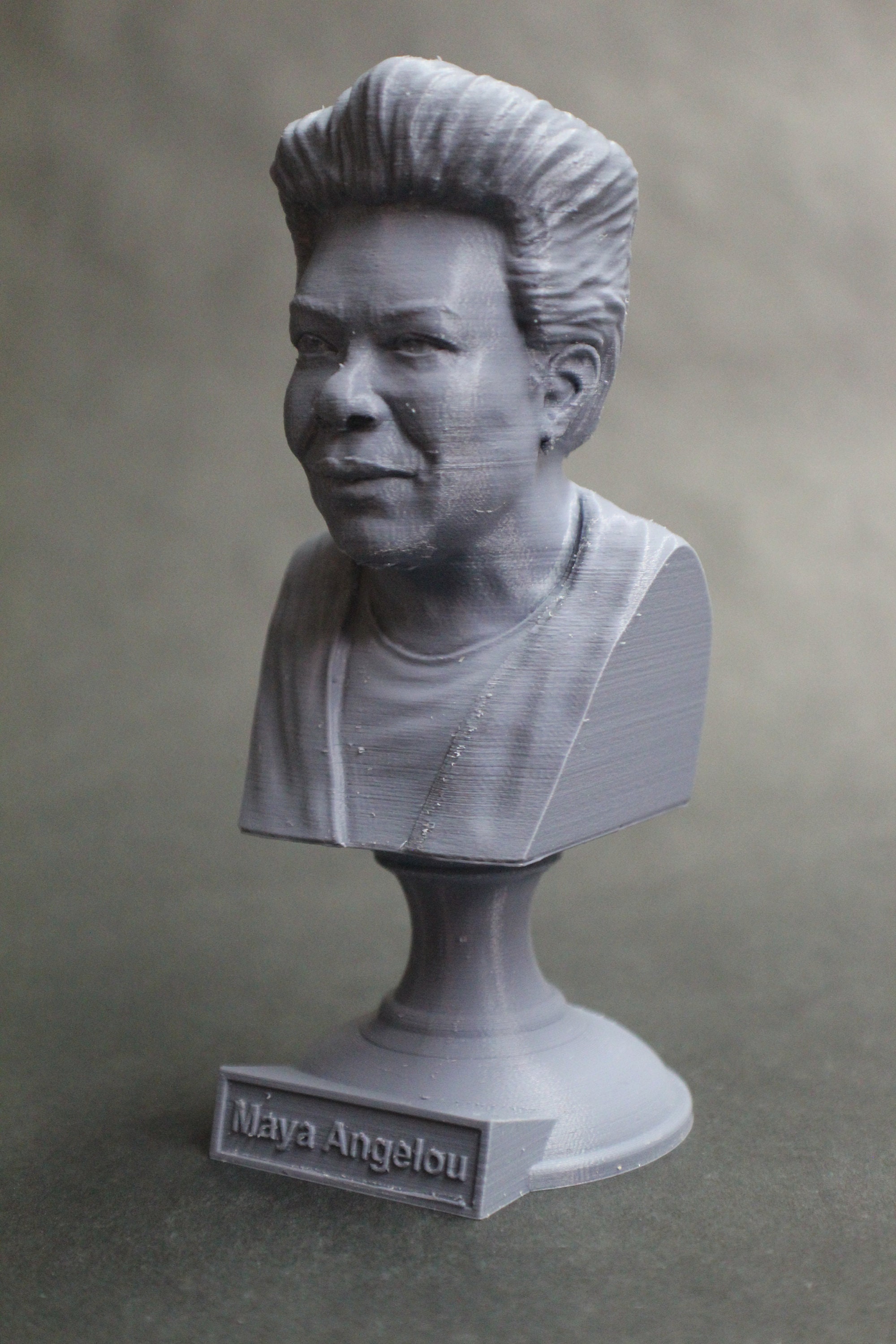 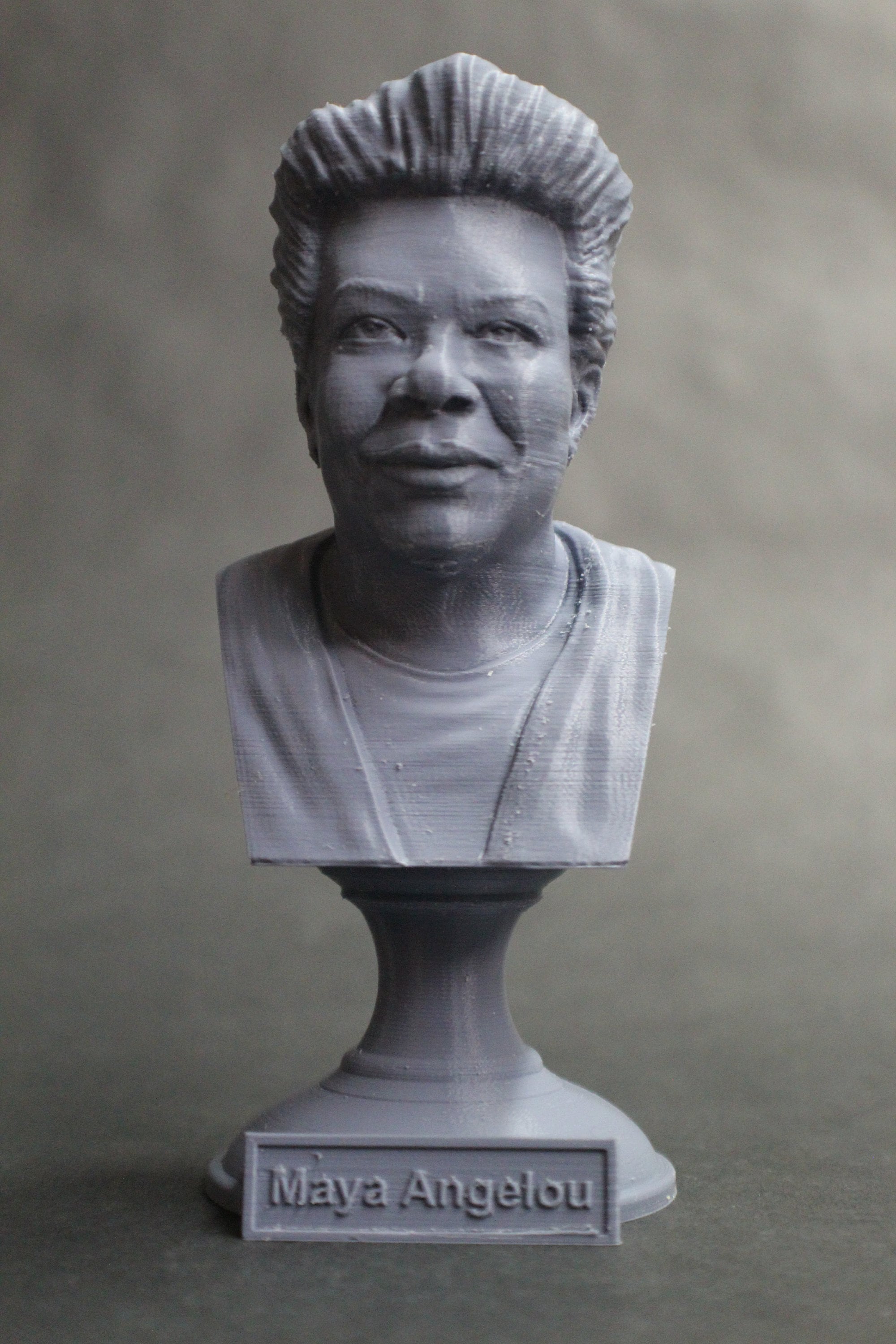 This is a 3D printed bust of Maya Angelou American Poet, Singer, Memoirist, and Civil Rights Activist. This one is printed in a gray PLA, giving it a detailed look and a surprise whenever someone picks it up to discover it's actual weight. It is more durable than alabaster or plaster, and is washable with lukewarm soapy water for easy spring cleaning. It comes on a custom plinth that has his name on the front.

Maya Angelou, born Marguerite Annie Johnson, was an American poet, singer, memoirist, and civil rights activist. She published seven autobiographies, three books of essays, several books of poetry, and is credited with a list of plays, movies, and television shows spanning over 50 years. She received dozens of awards and more than 50 honorary degrees. Angelou is best known for her series of seven autobiographies, which focus on her childhood and early adult experiences. The first, I Know Why the Caged Bird Sings (1969), tells of her life up to the age of 17 and brought her international recognition and acclaim.

She became a poet and writer after a series of occupations as a young adult, including fry cook, sex worker, nightclub dancer and performer, cast member of the opera Porgy and Bess, coordinator for the Southern Christian Leadership Conference, and journalist in Egypt and Ghana during the decolonization of Africa. She was an actress, writer, director, and producer of plays, movies, and public television programs. In 1982, she was named the first Reynolds Professor of American Studies at Wake Forest University in Winston-Salem, North Carolina. She was active in the Civil Rights Movement and worked with Martin Luther King Jr. and Malcolm X. Beginning in the 1990s, she made around 80 appearances a year on the lecture circuit, something she continued into her eighties. In 1993, Angelou recited her poem "On the Pulse of Morning" (1993) at the first inauguration of Bill Clinton, making her the first poet to make an inaugural recitation since Robert Frost at the inauguration of John F. Kennedy in 1961.

With the publication of I Know Why the Caged Bird Sings, Angelou publicly discussed aspects of her personal life. She was respected as a spokesperson for black people and women, and her works have been considered a defense of black culture. Her works are widely used in schools and universities worldwide, although attempts have been made to ban her books from some U.S. libraries. Angelou's most celebrated works have been labeled as autobiographical fiction, but many critics consider them to be autobiographies. She made a deliberate attempt to challenge the common structure of the autobiography by critiquing, changing and expanding the genre. Her books center on themes such as racism, identity, family and travel.