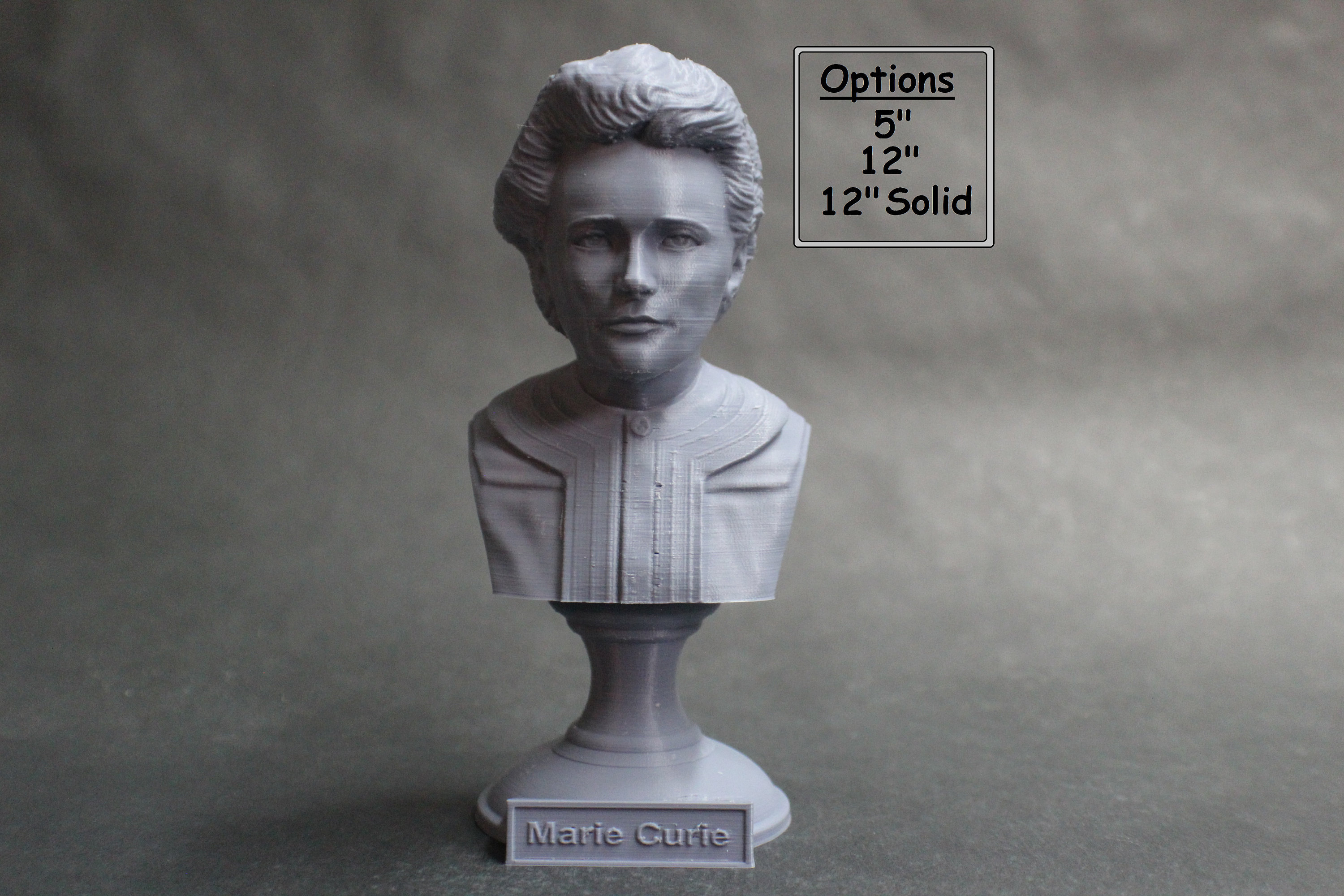 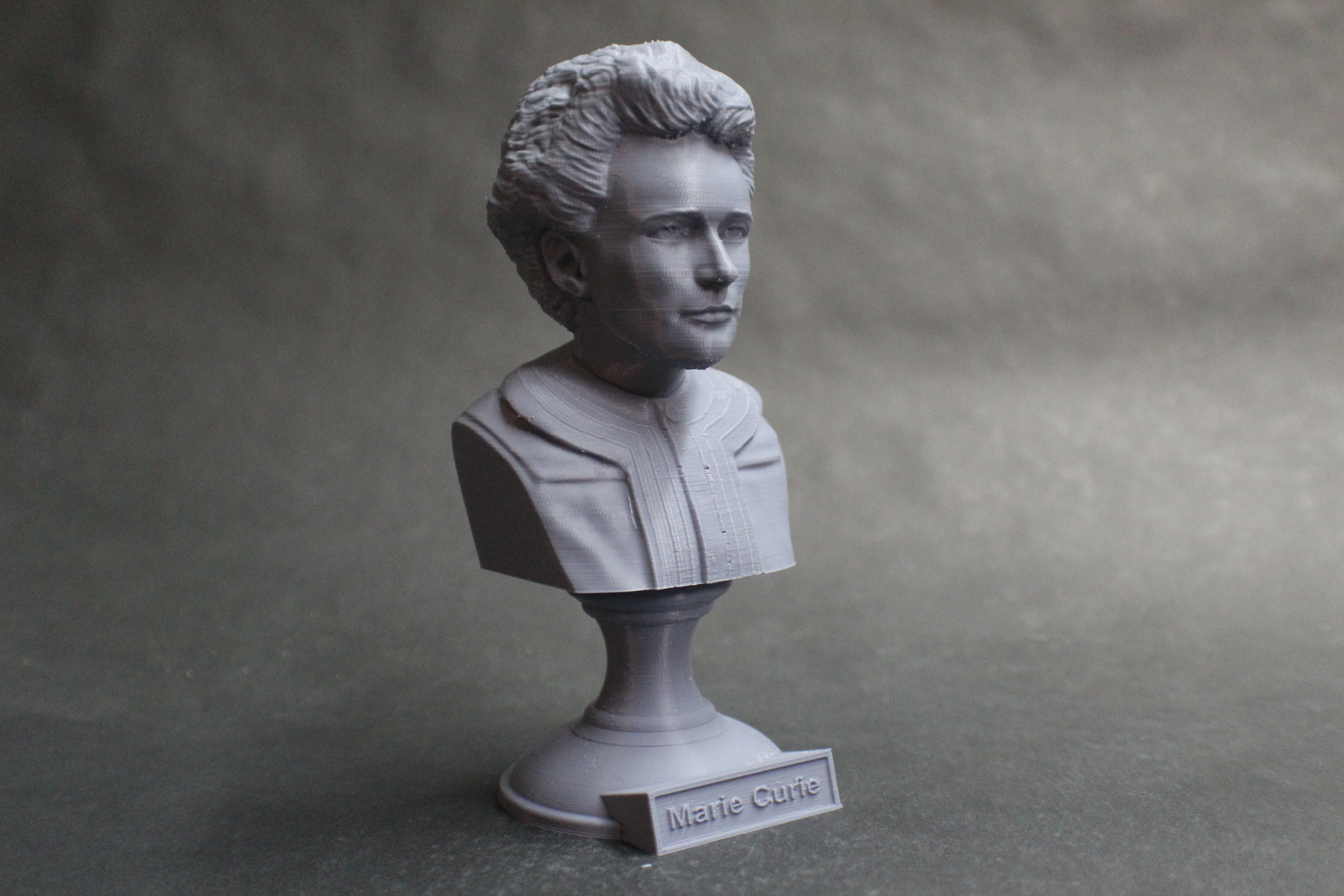 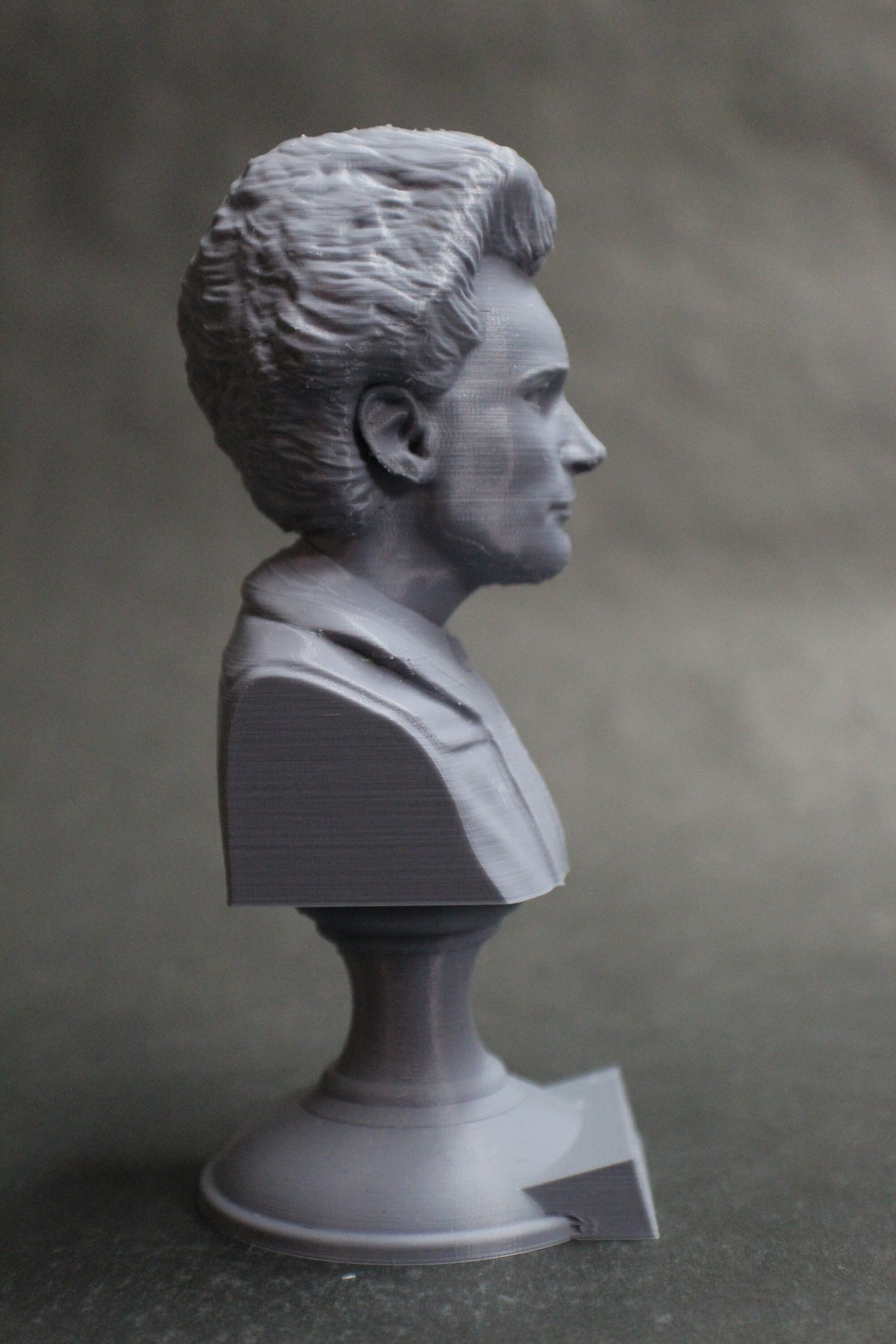 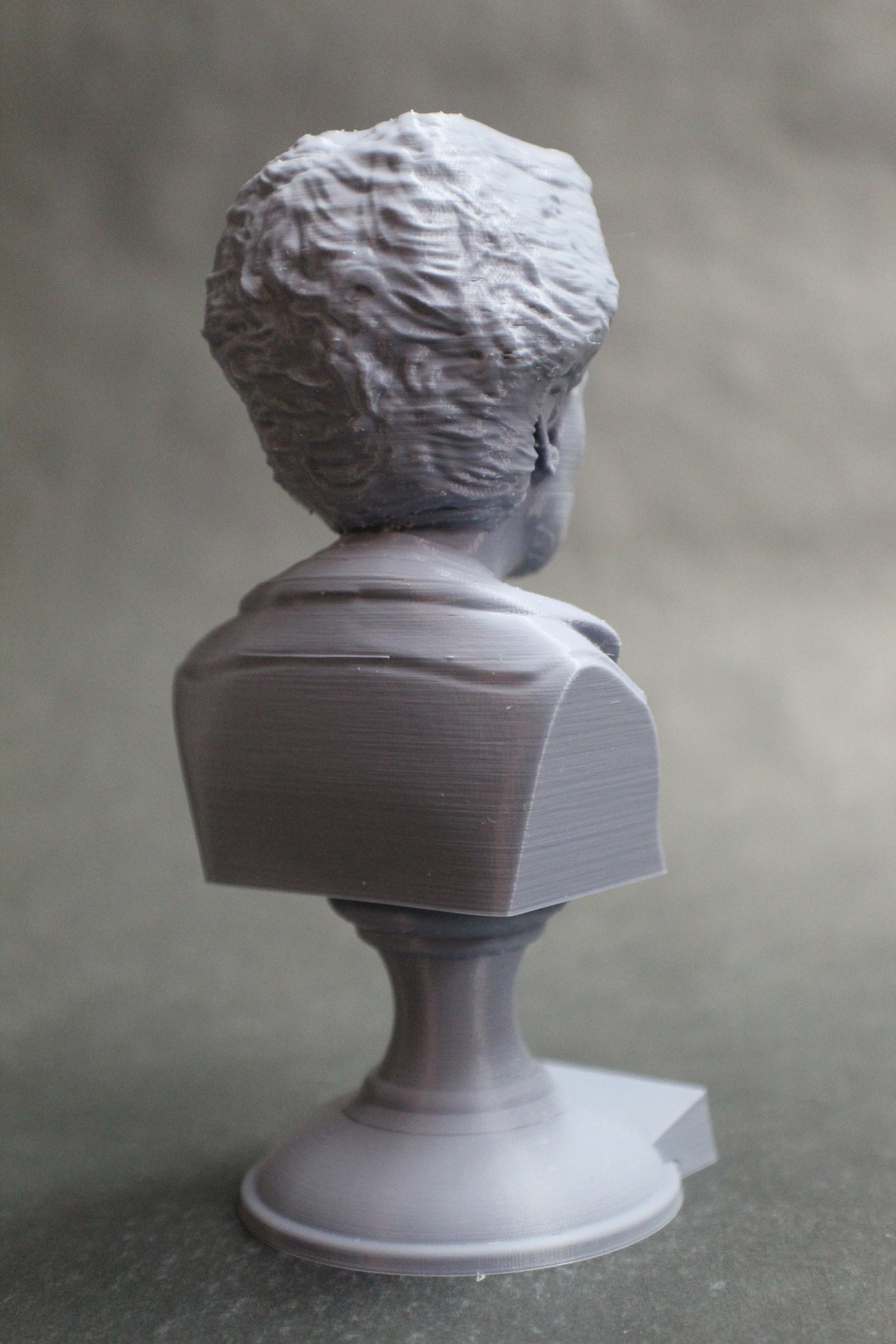 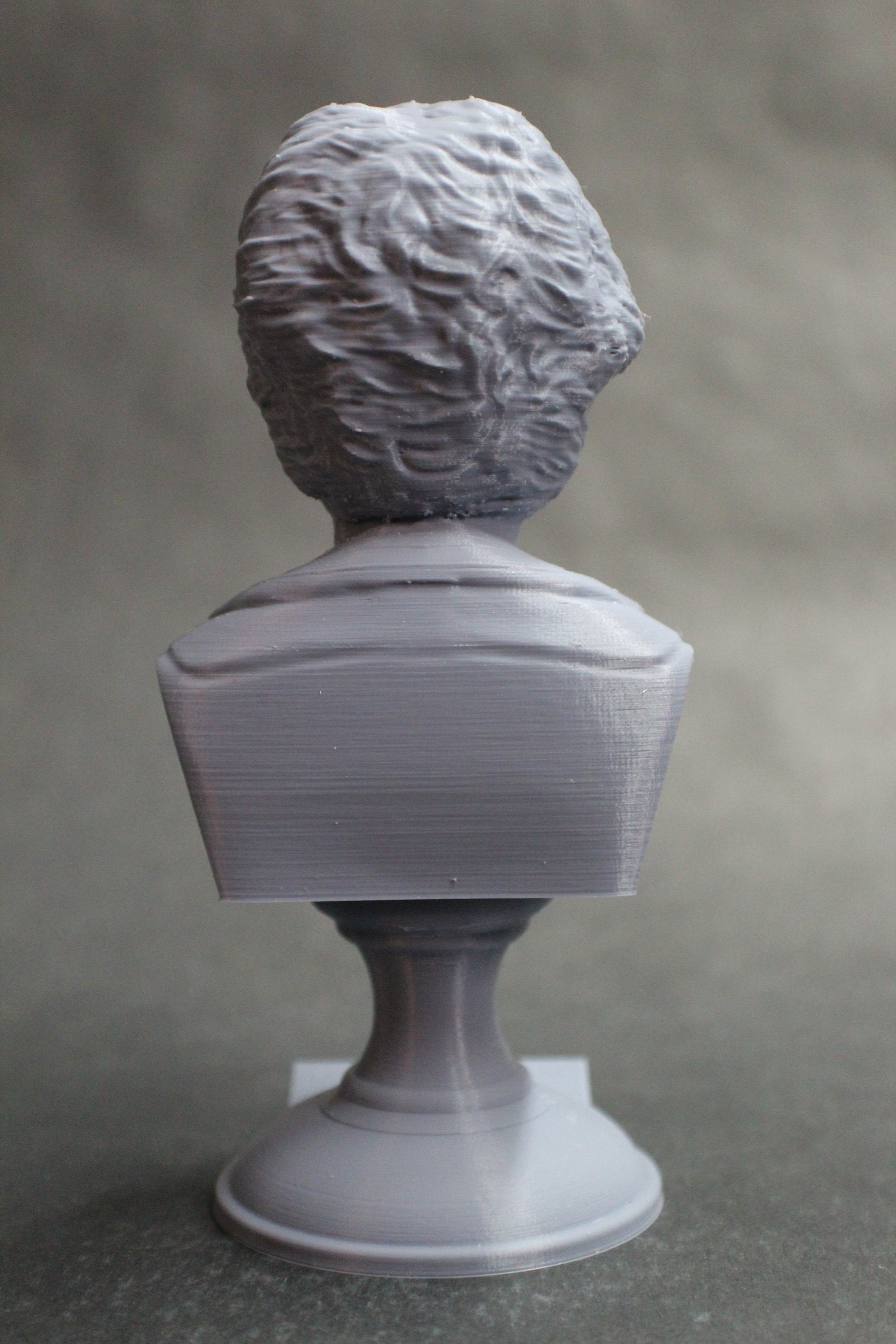 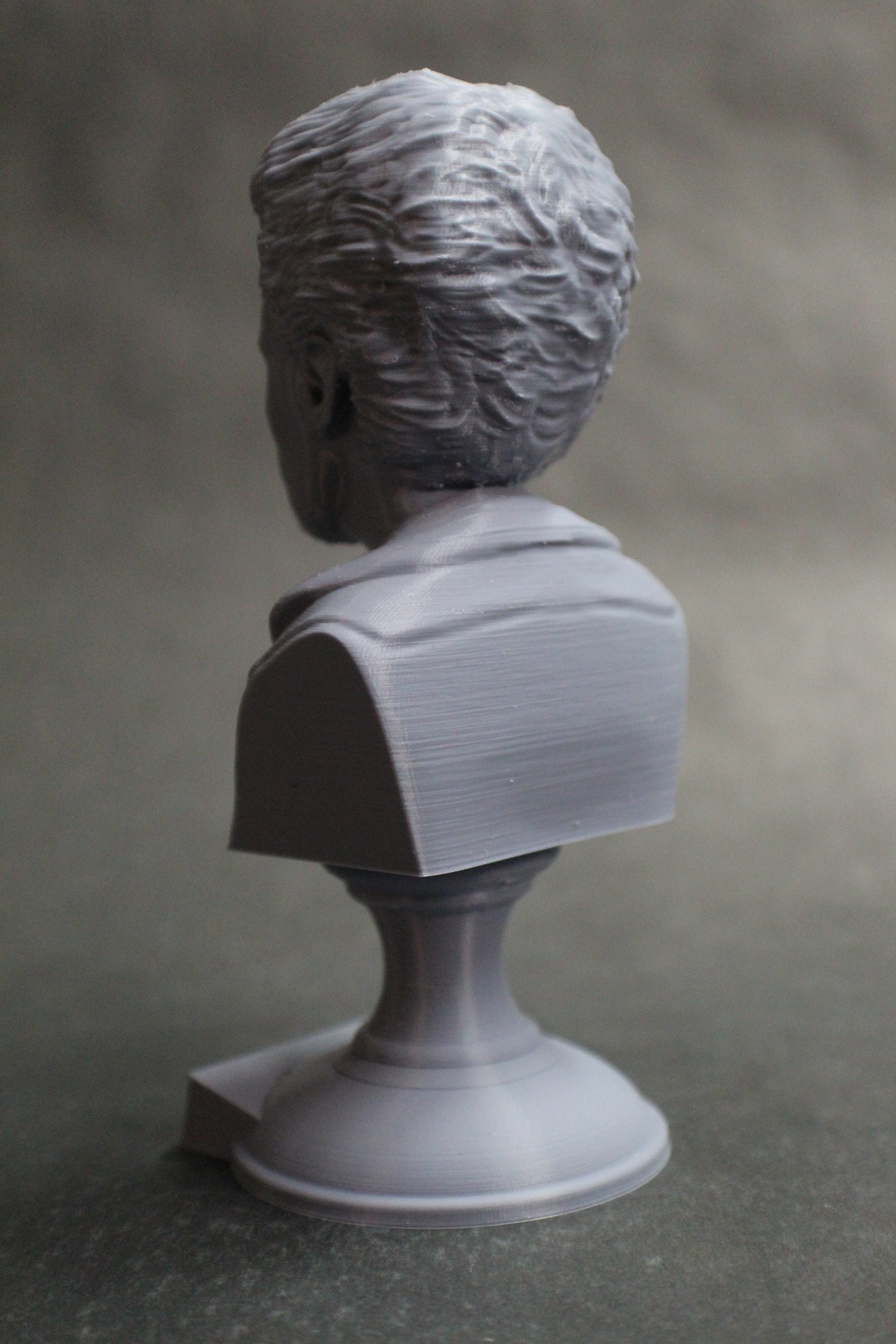 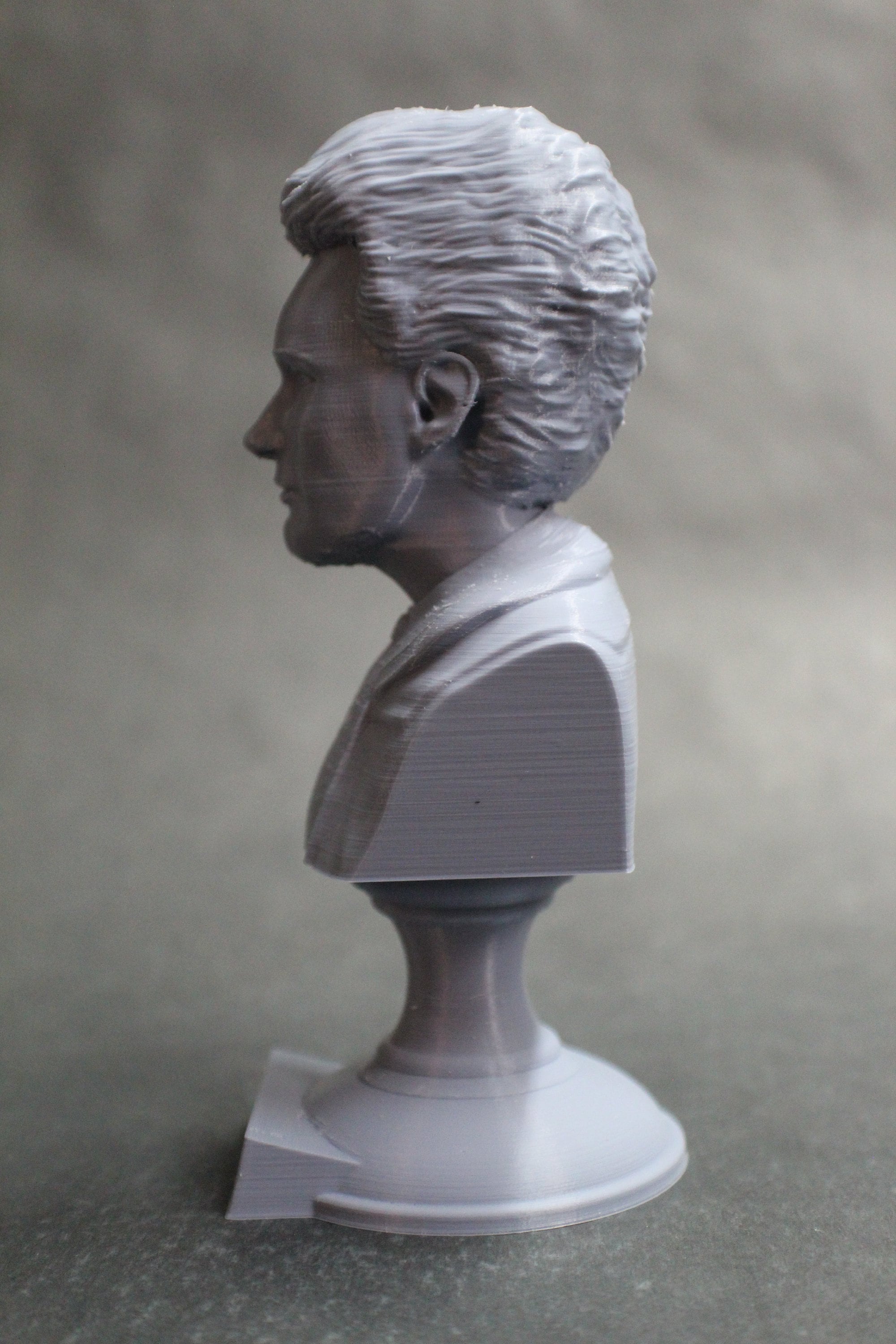 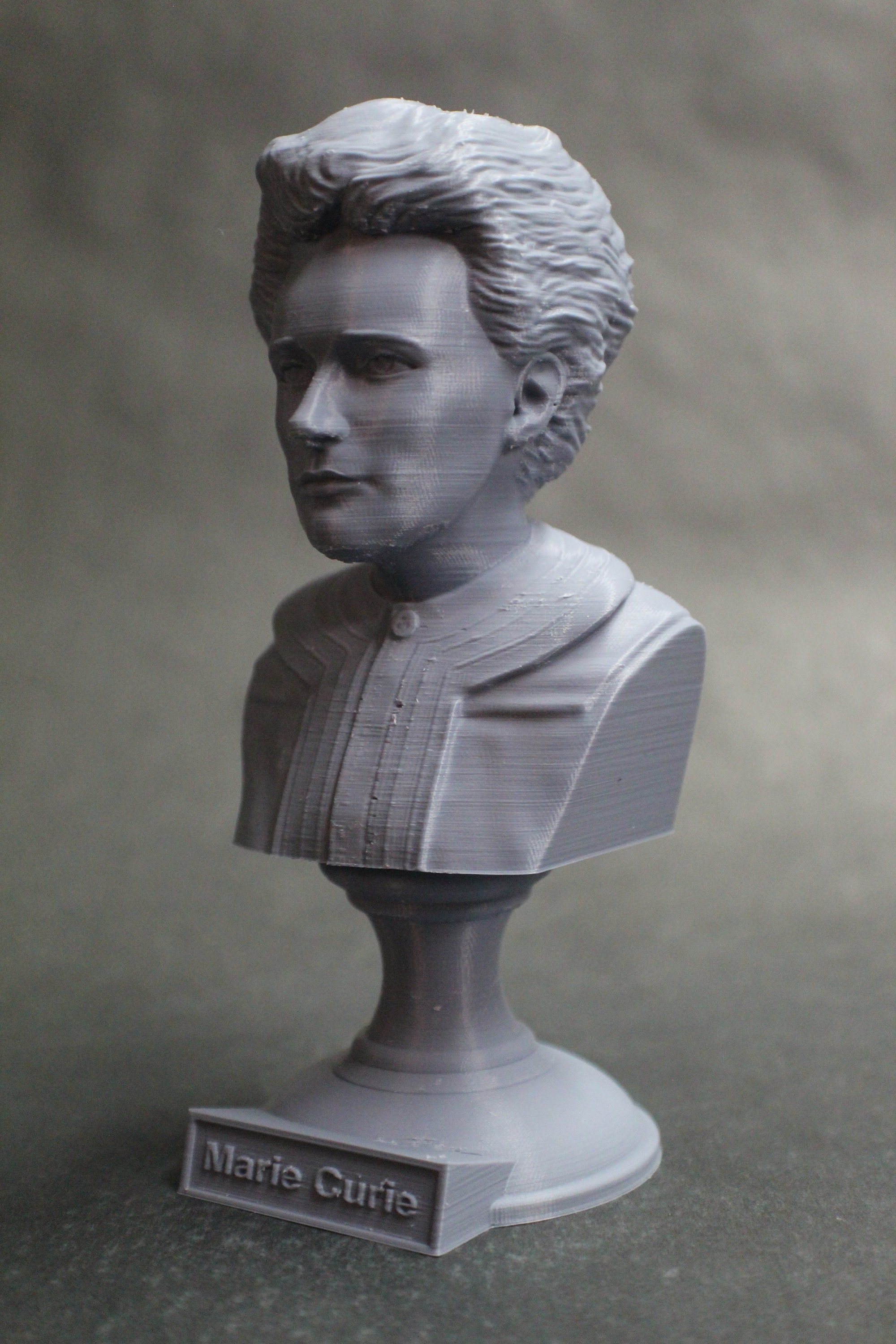 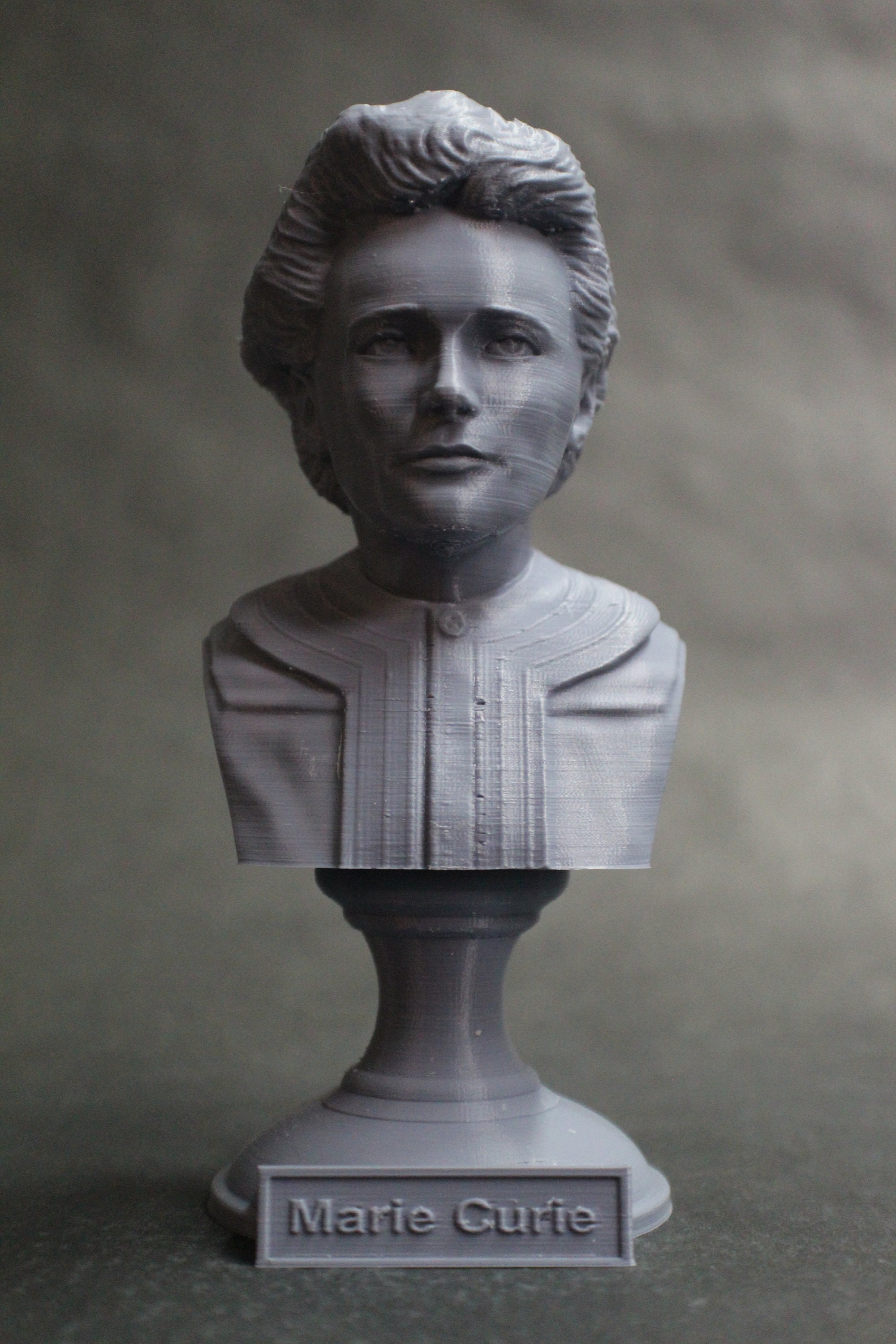 This 3D printed bust of Marie Curie, Polish Chemist, Nobel Prize Winner, and Researcher of Radioactivity. It is more durable than alabaster or plaster, and is washable with lukewarm soapy water for easy spring cleaning. It comes on a custom plinth that has his name on the front.

She was born in Warsaw, in what was then the Kingdom of Poland, part of the Russian Empire. She studied at Warsaw's clandestine Flying University and began her practical scientific training in Warsaw. In 1891, aged 24, she followed her older sister Bronisława to study in Paris, where she earned her higher degrees and conducted her subsequent scientific work. She shared the 1903 Nobel Prize in Physics with her husband Pierre Curie and physicist Henri Becquerel. She won the 1911 Nobel Prize in Chemistry.

Her achievements included the development of the theory of radioactivity (a term she coined), techniques for isolating radioactive isotopes, and the discovery of two elements, polonium and radium. Under her direction, the world's first studies were conducted into the treatment of neoplasms using radioactive isotopes. She founded the Curie Institutes in Paris and in Warsaw, which remain major centres of medical research today. During World War I she developed mobile radiography units to provide X-ray services to field hospitals.

While a French citizen, Marie Skłodowska Curie, who used both surnames, never lost her sense of Polish identity. She taught her daughters the Polish language and took them on visits to Poland. She named the first chemical element she discovered polonium, after her native country.