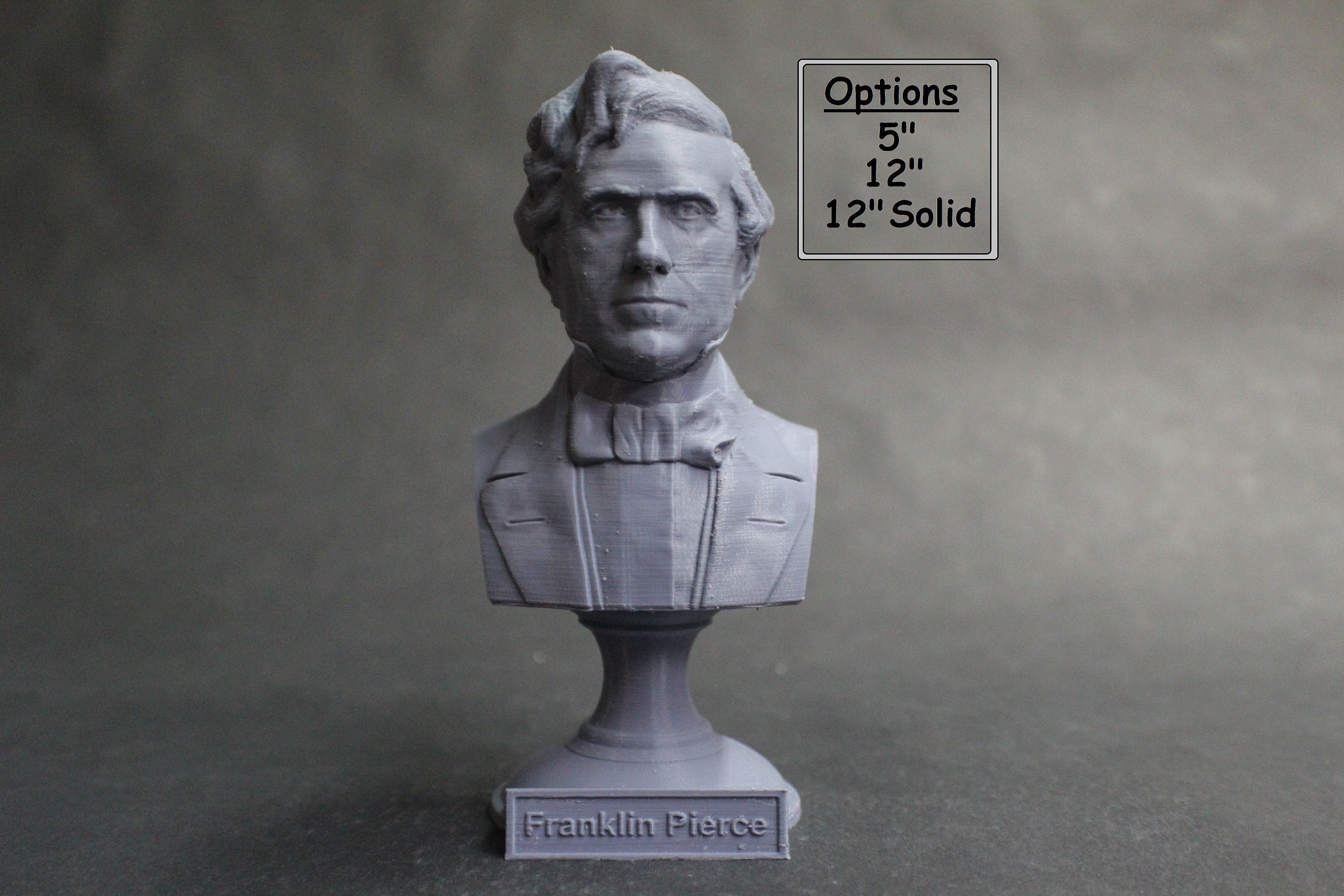 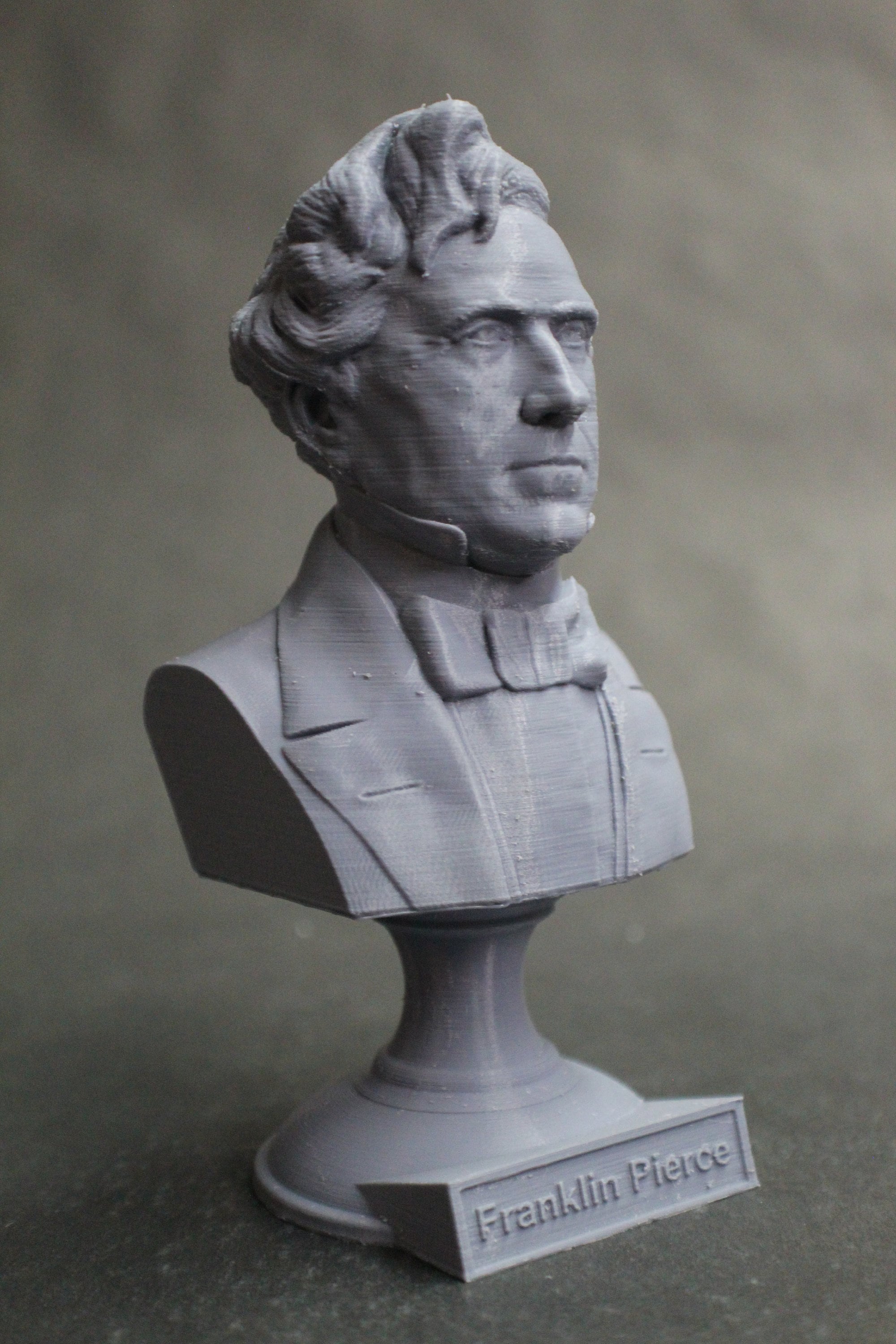 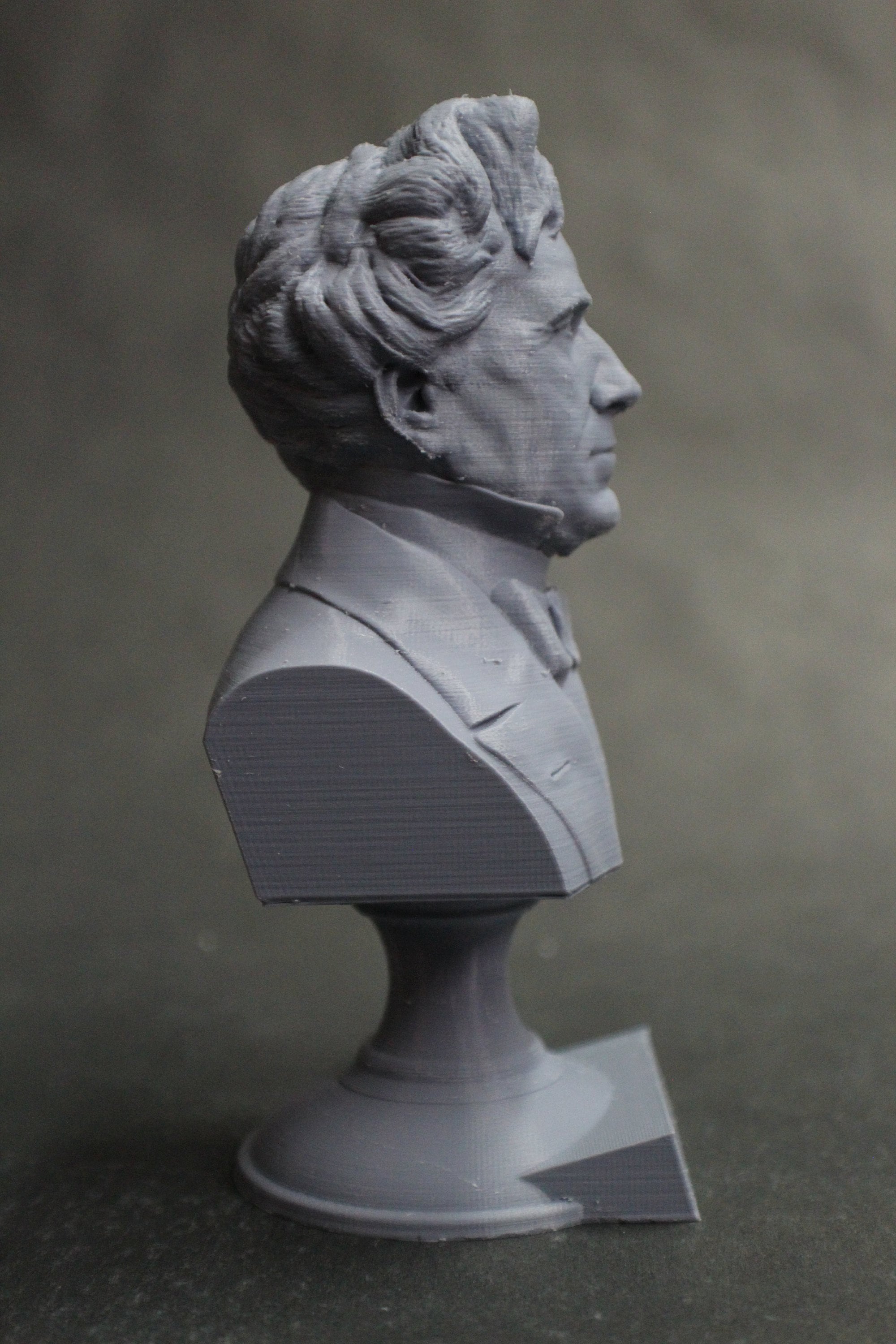 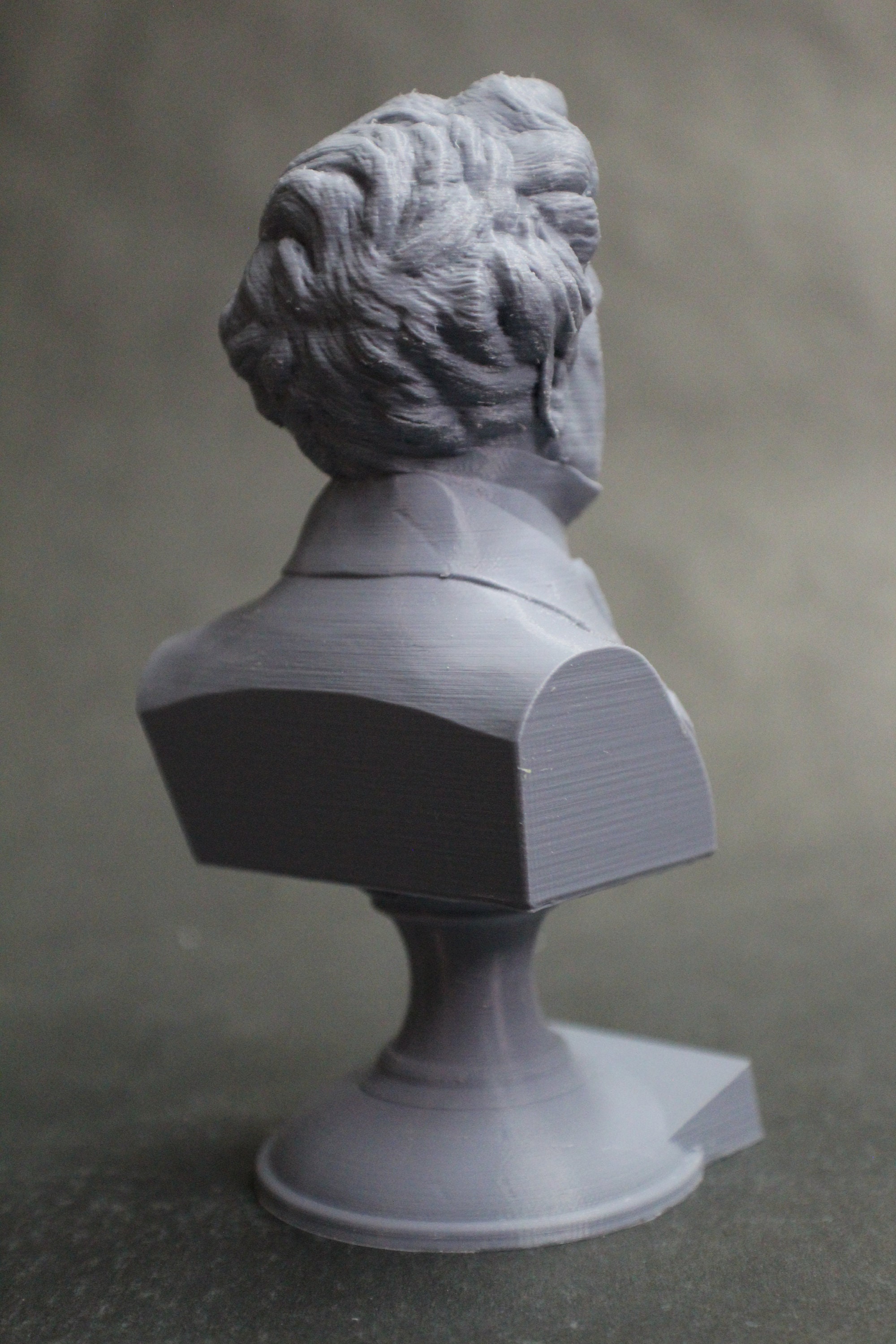 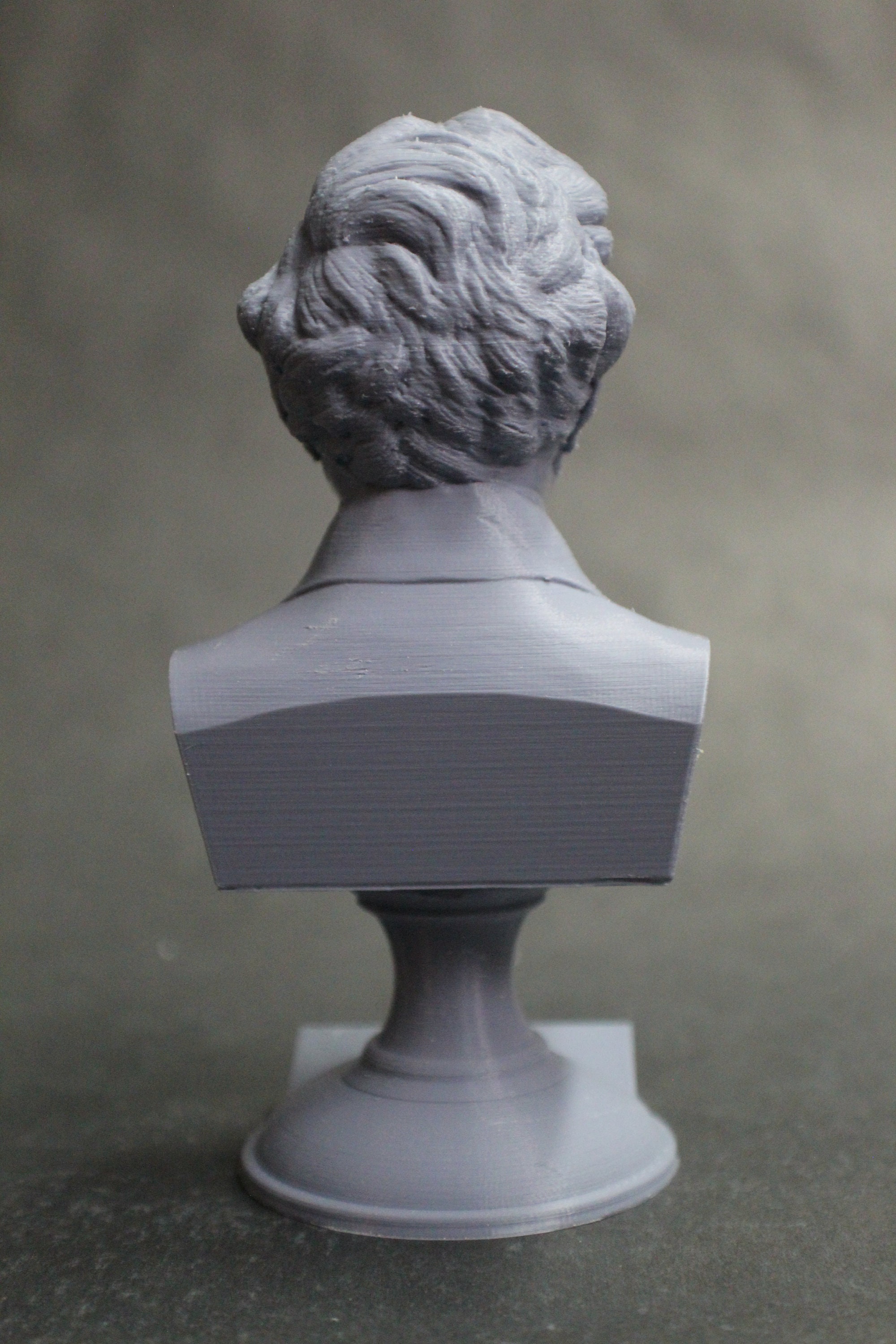 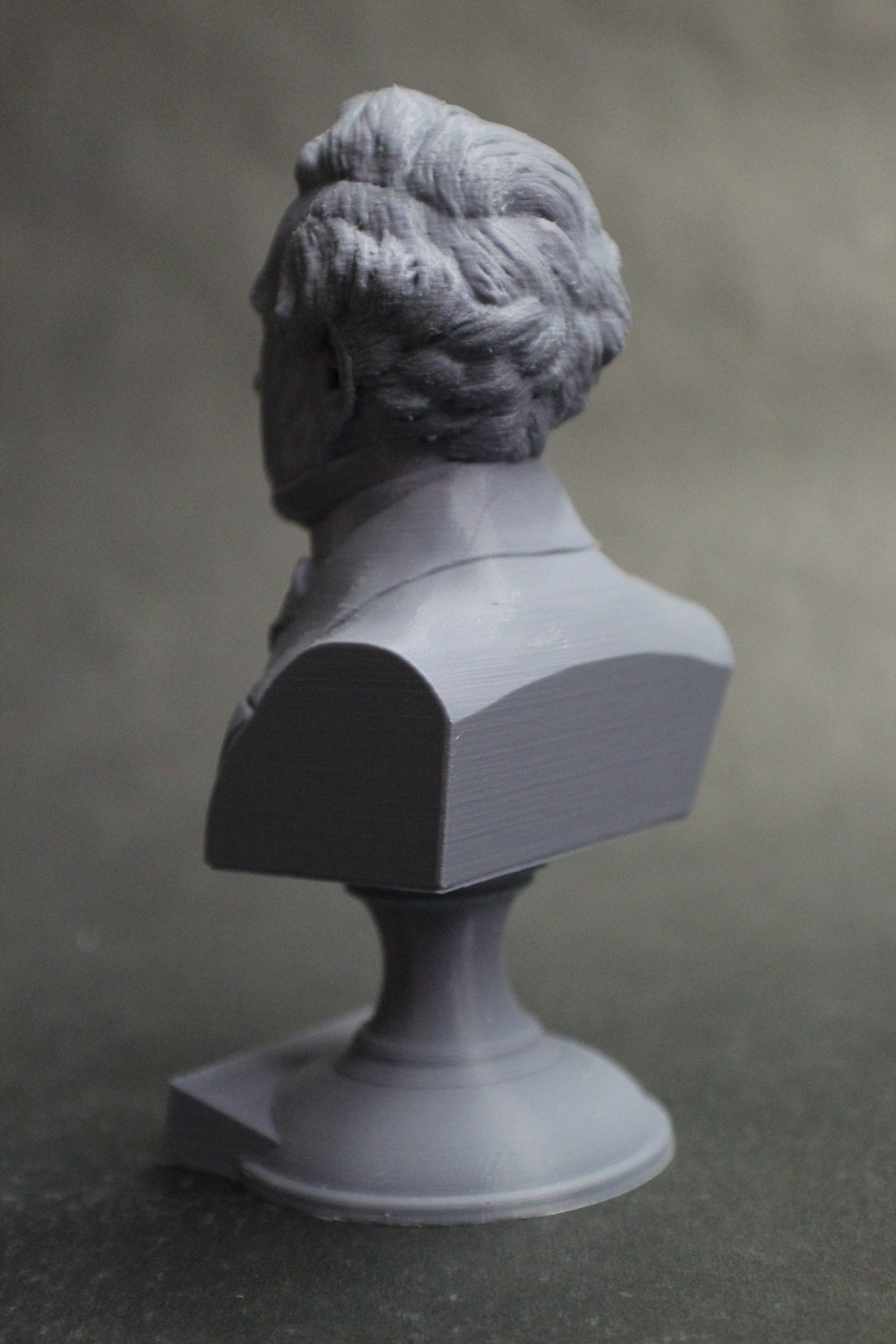 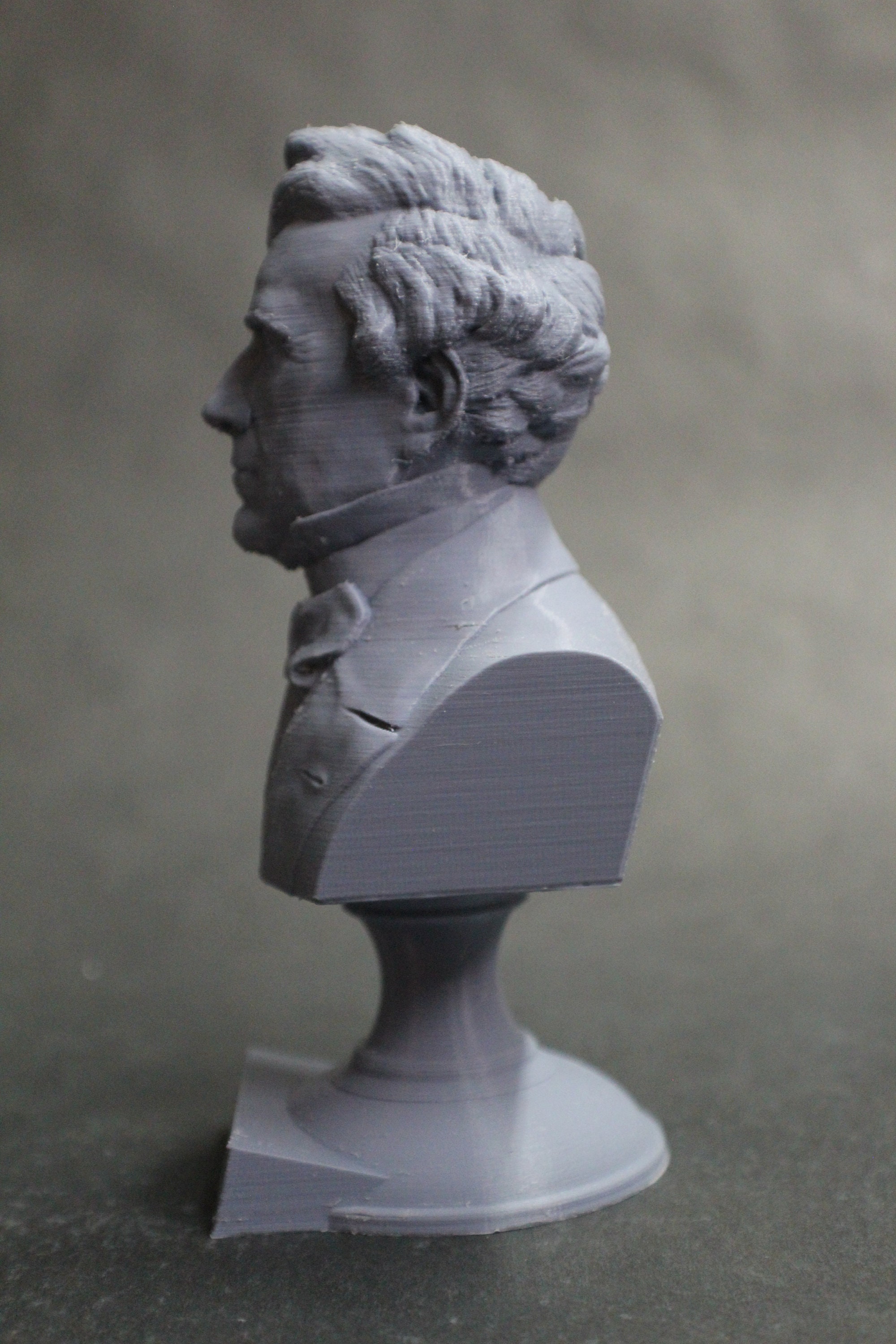 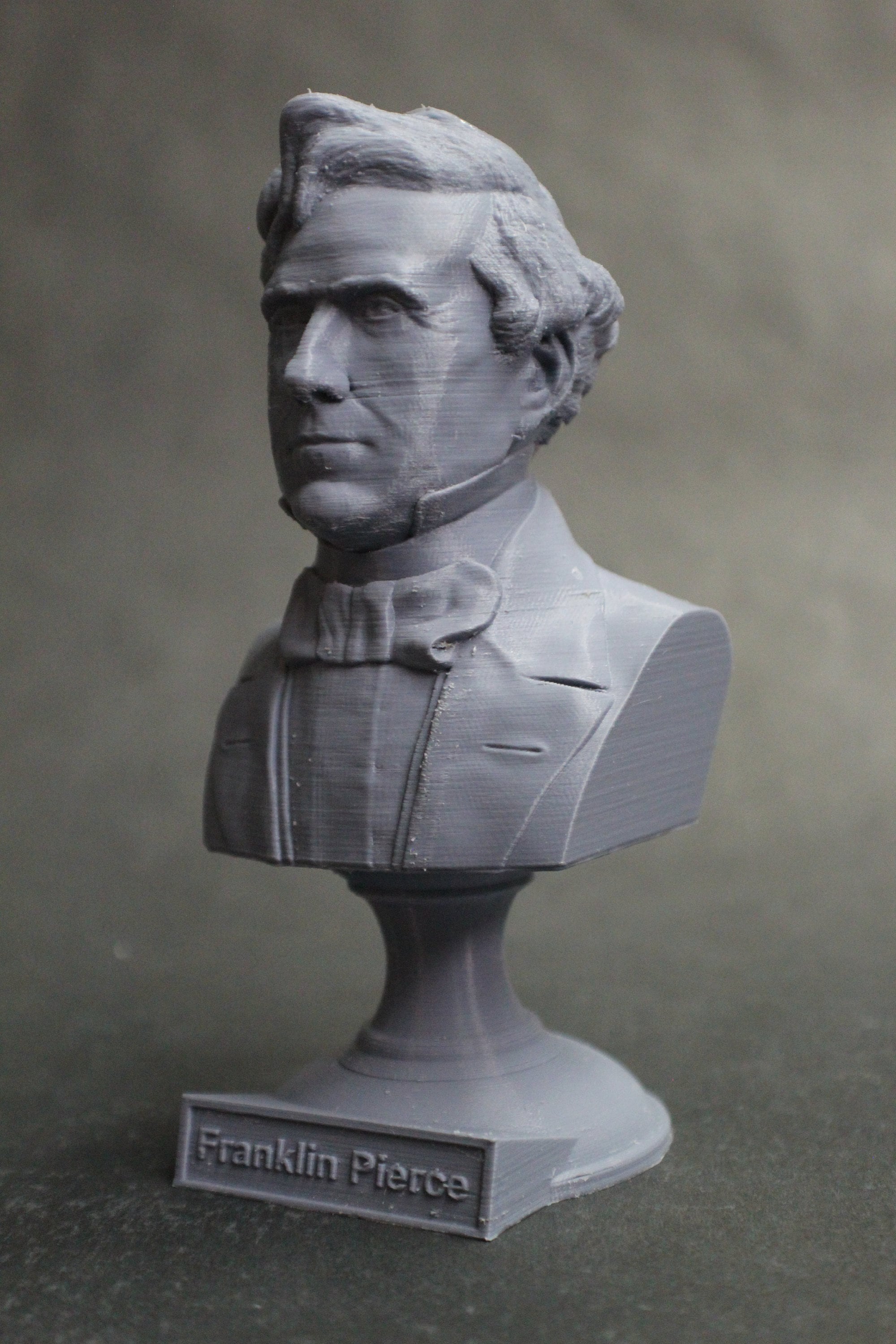 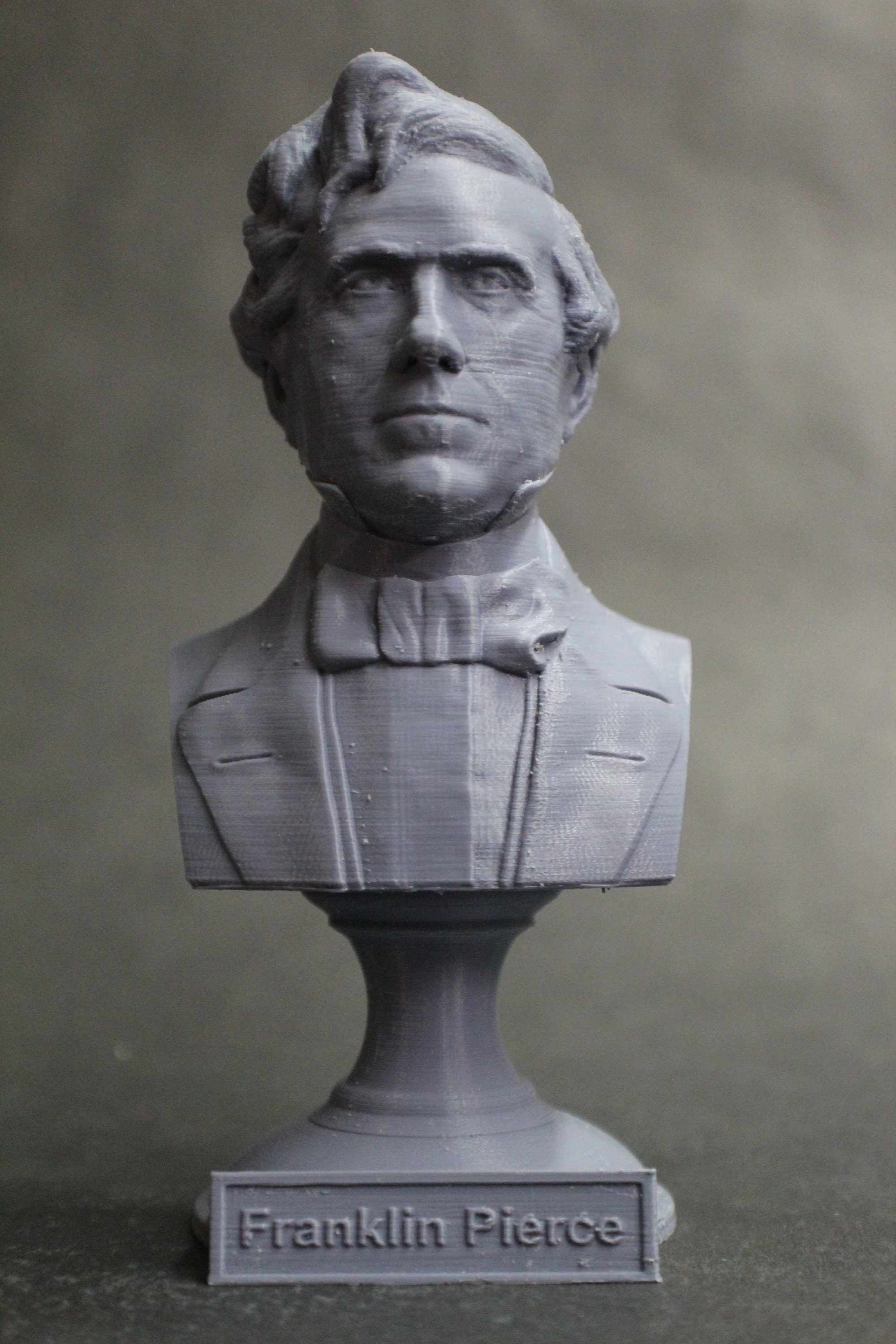 This 3D printed bust of Franklin Pierce, the fourteenth United States President. This one is printed in a gray PLA, giving it a detailed look and a surprise whenever someone picks it up to discover it's actual weight. It is more durable than alabaster or plaster, and is washable with lukewarm soapy water for easy spring cleaning. It comes on a custom plinth that has his name on the front.

From Wikipedia:
Franklin Pierce (November 23, 1804 – October 8, 1869) was the 14th president of the United States (1853–1857), a northern Democrat who saw the abolitionist movement as a fundamental threat to the unity of the nation. He alienated anti-slavery groups by championing and signing the Kansas–Nebraska Act and enforcing the Fugitive Slave Act, yet he failed to stem conflict between North and South, setting the stage for Southern secession and the American Civil War.

Pierce was born in New Hampshire, and served in the U.S. House of Representatives and the Senate until he resigned from the Senate in 1842. His private law practice in New Hampshire was a success, and he was appointed U.S. Attorney for his state in 1845. He took part in the Mexican–American War as a brigadier general in the Army. He was seen by Democrats as a compromise candidate uniting northern and southern interests and was nominated as the party's candidate for president on the 49th ballot at the 1852 Democratic National Convention. He and running mate William R. King easily defeated the Whig Party ticket of Winfield Scott and William A. Graham in the 1852 presidential election.

As president, Pierce simultaneously attempted to enforce neutral standards for civil service while also satisfying the diverse elements of the Democratic Party with patronage, an effort which largely failed and turned many in his party against him. He was a Young America expansionist who signed the Gadsden Purchase of land from Mexico and led a failed attempt to acquire Cuba from Spain. He signed trade treaties with Britain and Japan, while his Cabinet reformed their departments and improved accountability, but these successes were overshadowed by political strife during his presidency. His popularity declined sharply in the Northern states after he supported the Kansas–Nebraska Act, which nullified the Missouri Compromise, while many whites in the South continued to support him. Passage of the act led to violent conflict over the expansion of slavery in the American West. Pierce's administration was further damaged when several of his diplomats issued the Ostend Manifesto calling for the annexation of Cuba, a document which was roundly criticized. He fully expected to be renominated by the Democrats in the 1856 presidential election, but was abandoned by his party and his bid failed. His reputation in the North suffered further during the American Civil War as he became a vocal critic of President Abraham Lincoln.