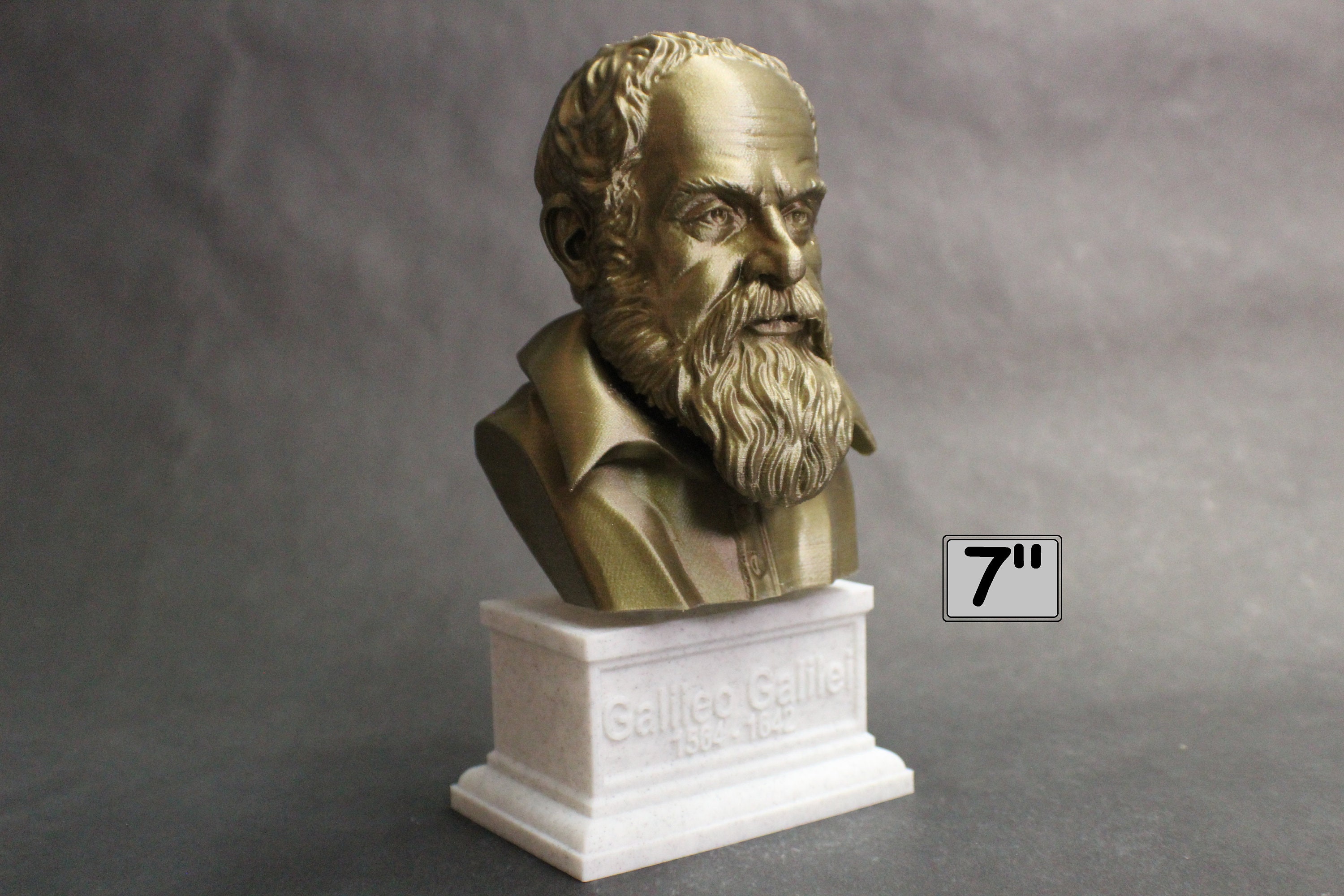 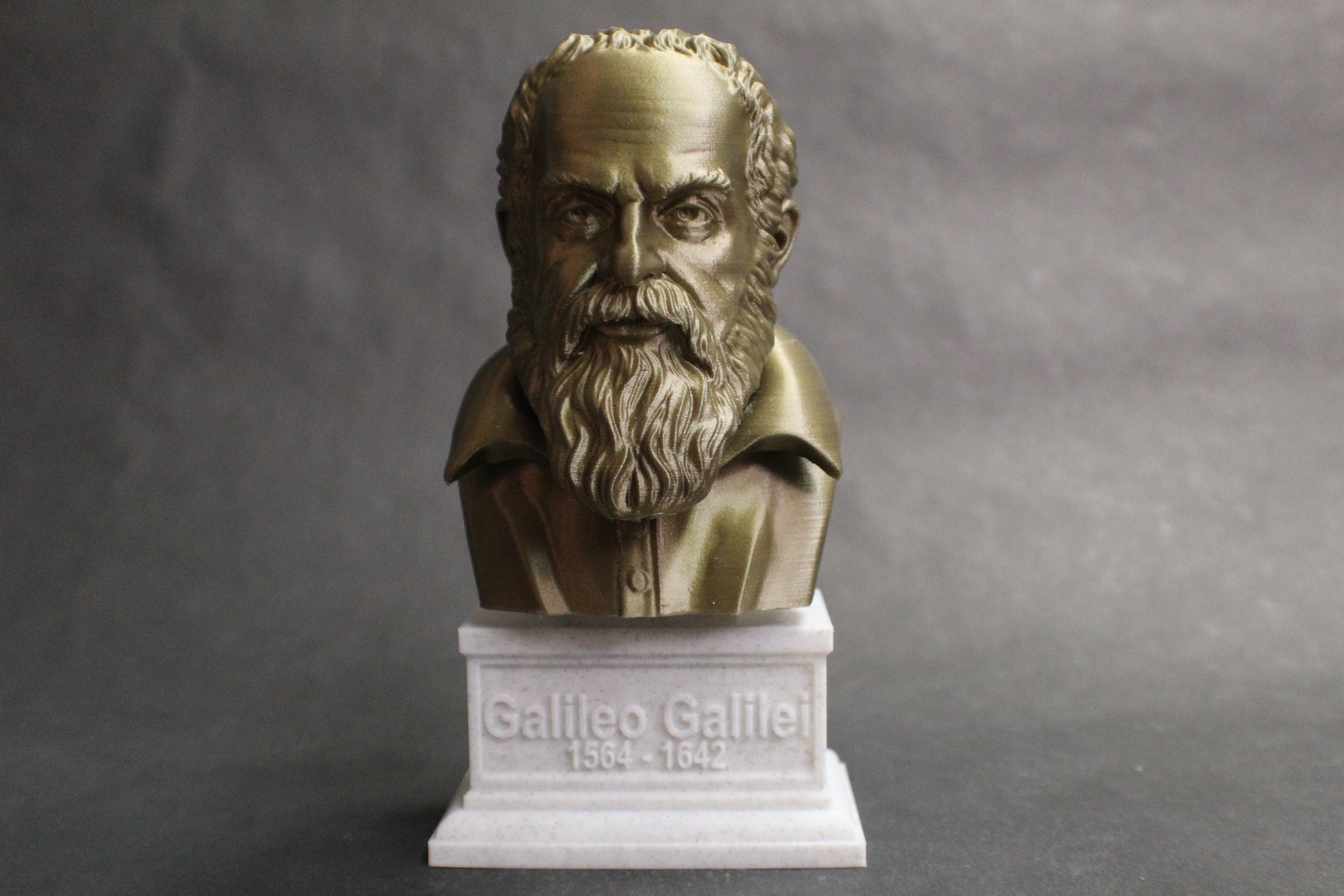 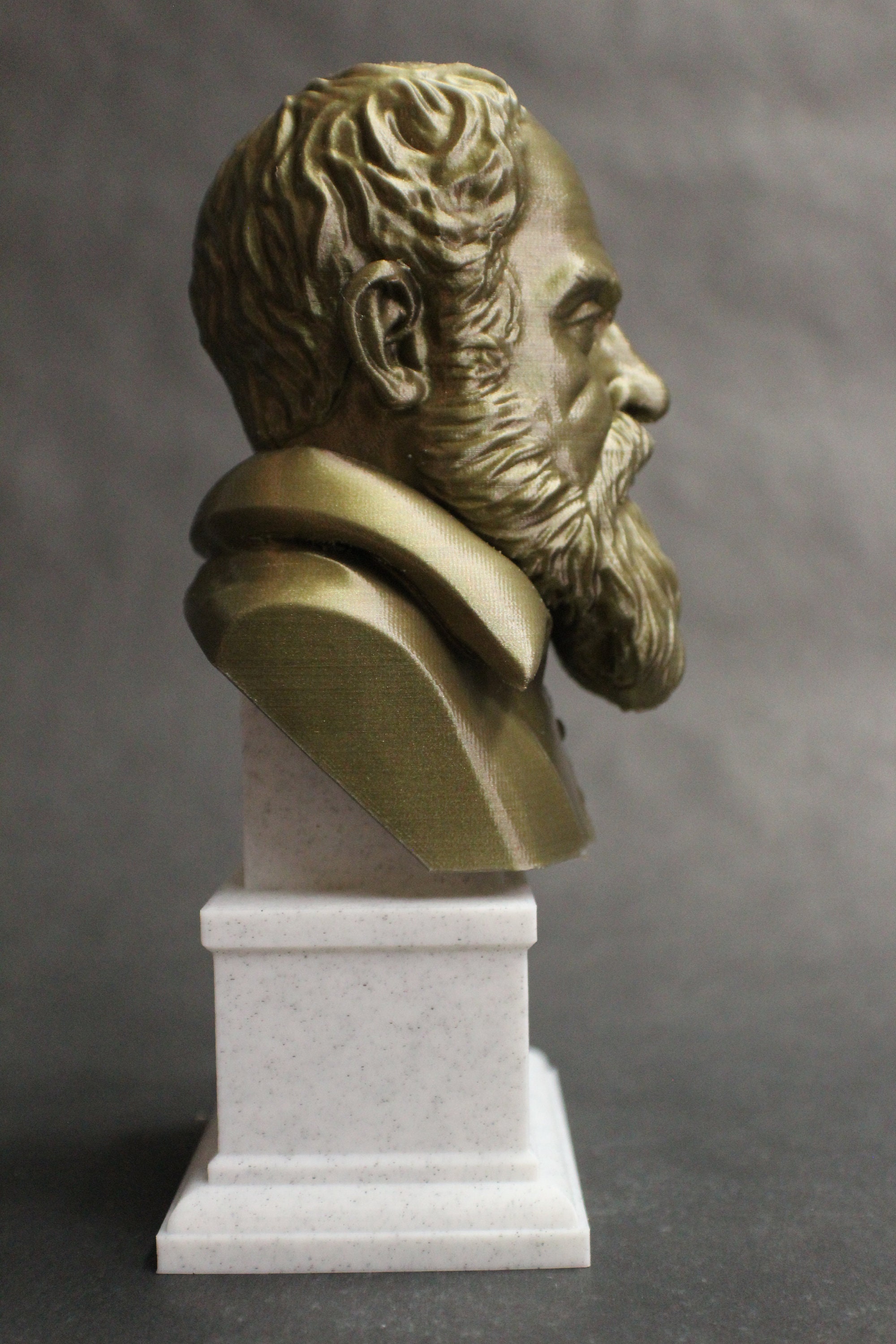 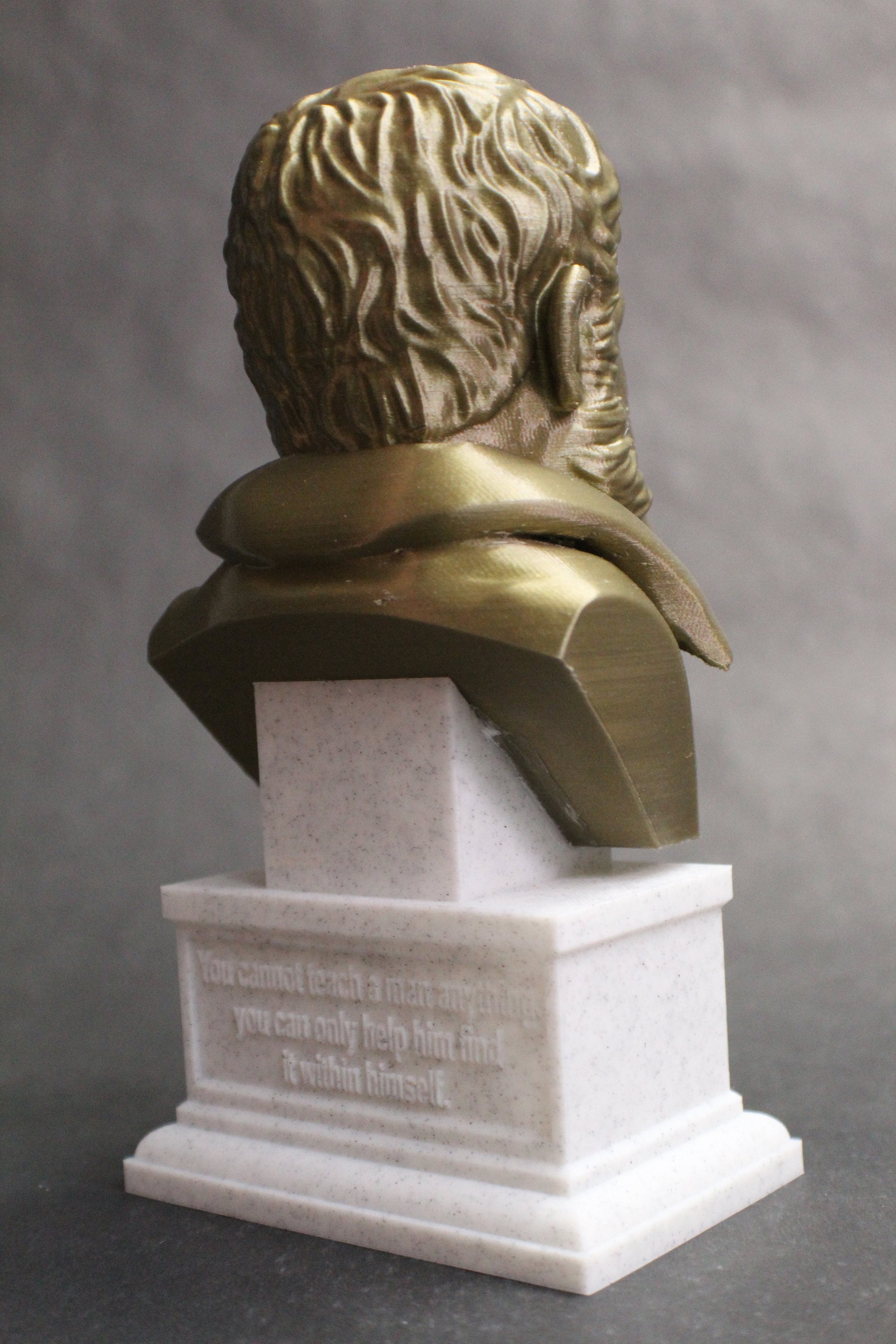 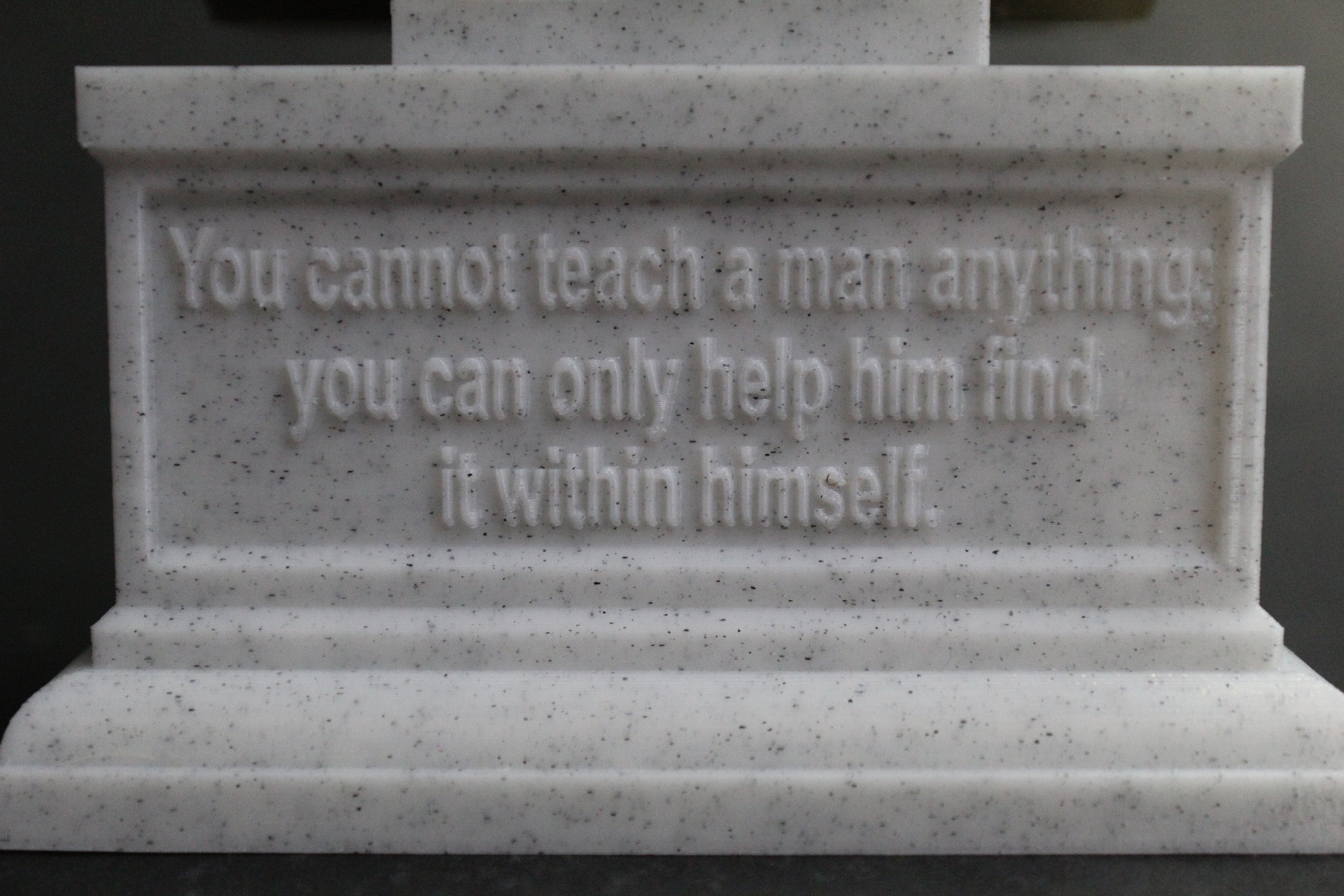 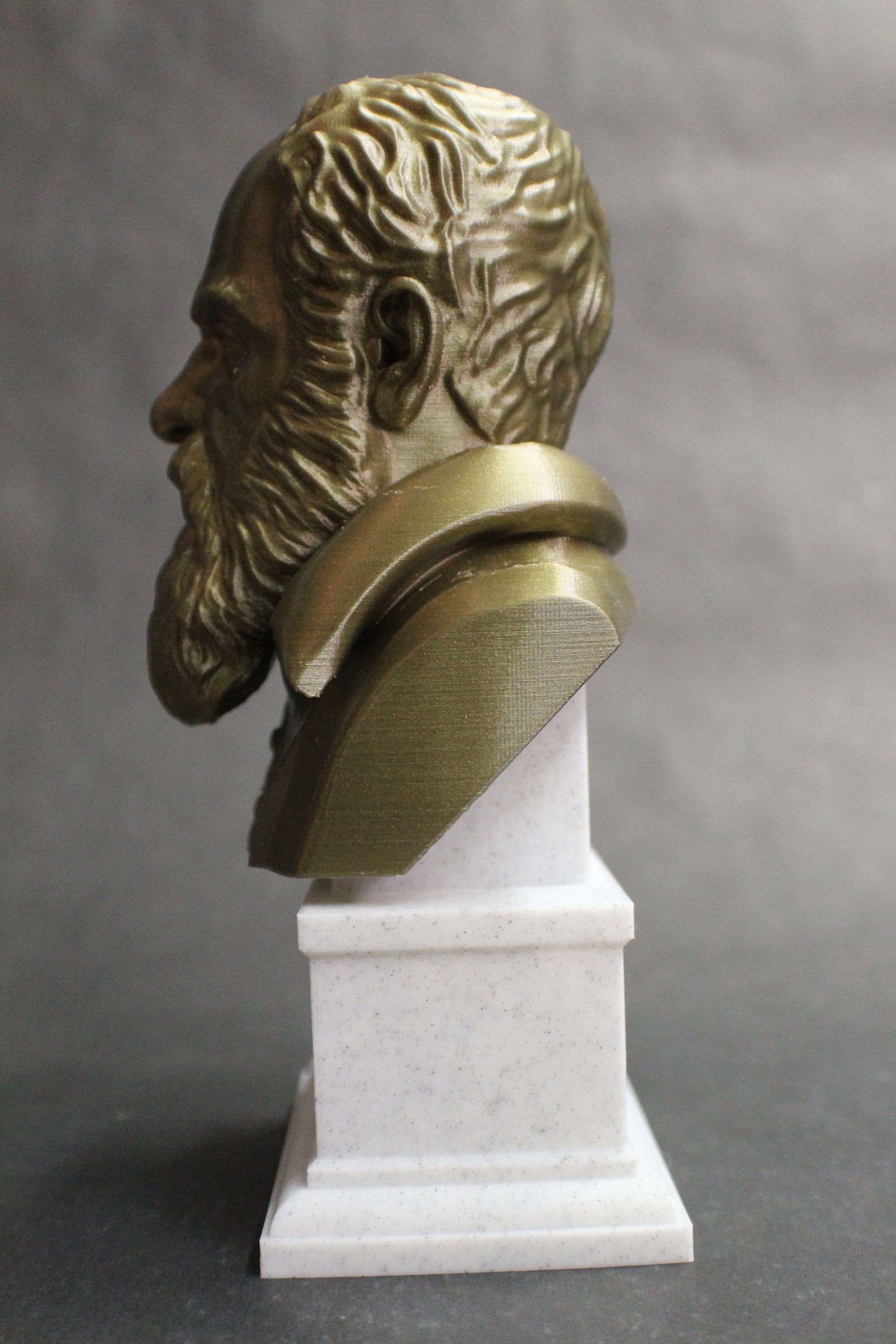 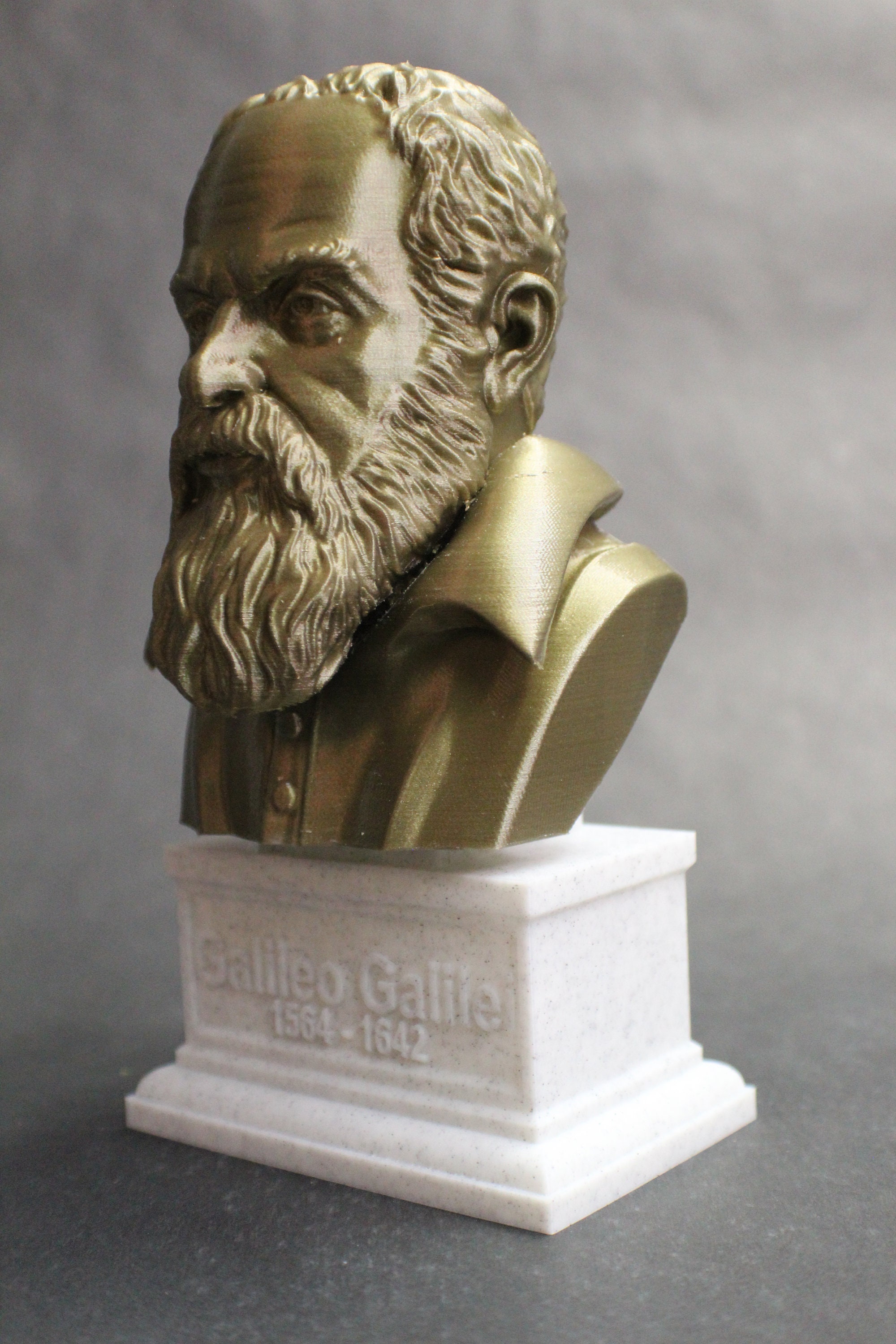 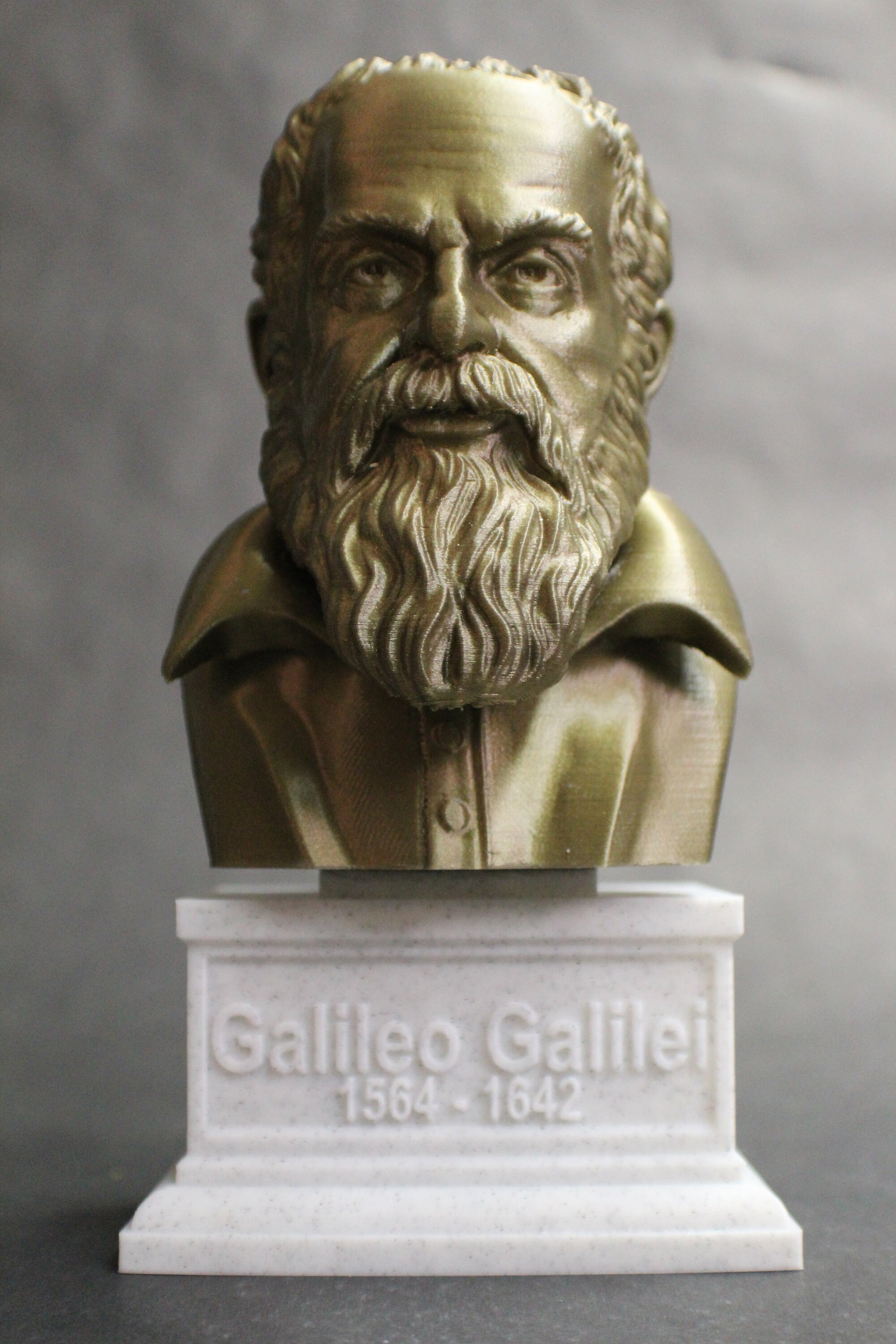 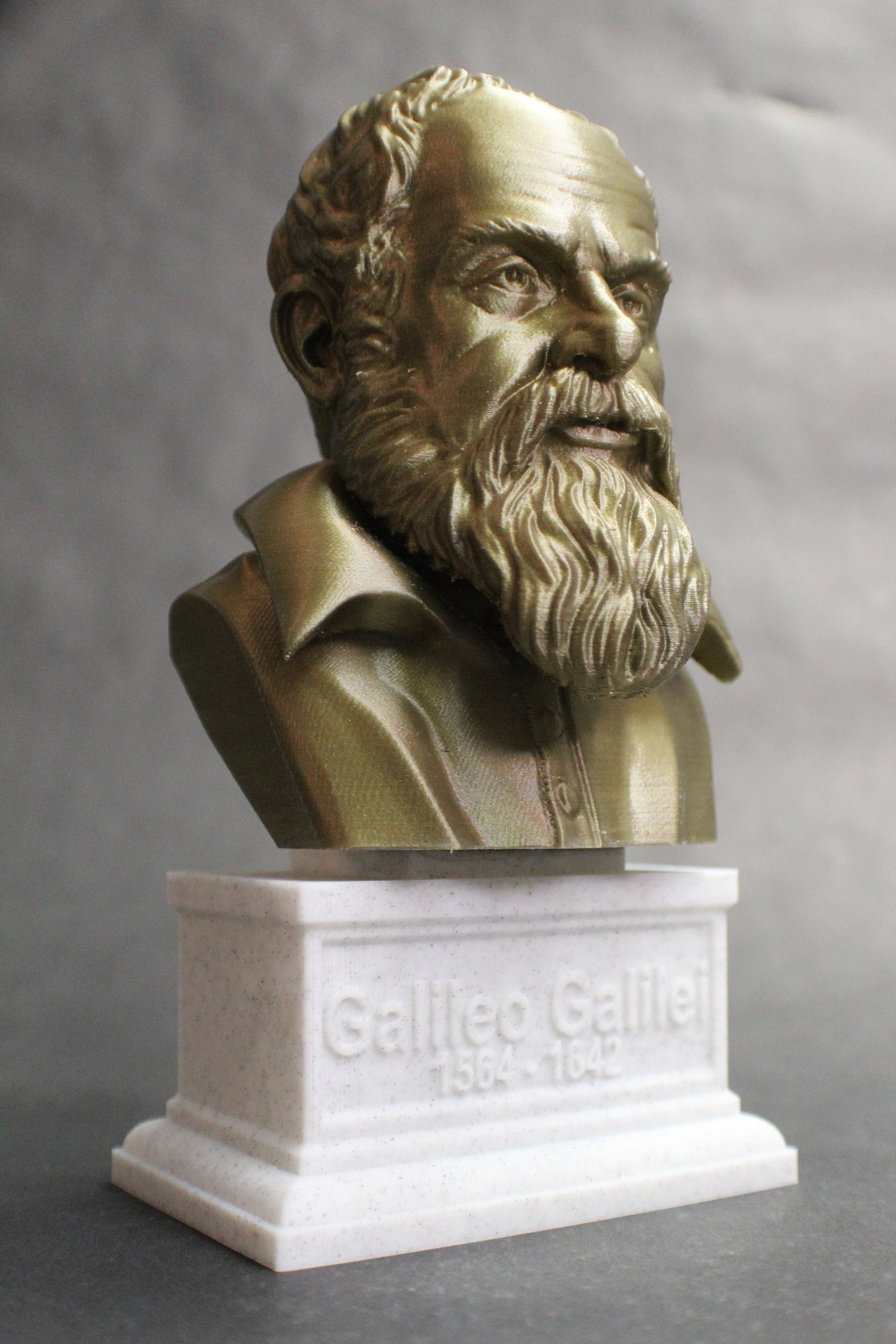 This is a 3D printed bust of Galileo Galilei, Italian Polymath, Astronomer, Physicist, and Engineer. This one is printed in a marble and bronze PLA, giving it a realistic stone look and a surprise whenever someone picks it up to discover it's actual weight. It is more durable than alabaster or plaster, and is washable with lukewarm soapy water for easy spring cleaning. It comes on a custom plinth that has his lifetime on the front, and the quote:

"You cannot teach a man anything; you can only help him find it within himself" on the back.

Galileo studied speed and velocity, gravity and free fall, the principle of relativity, inertia, projectile motion and also worked in applied science and technology, describing the properties of pendulums and "hydrostatic balances", inventing the thermoscope and various military compasses, and using the telescope for scientific observations of celestial objects. His contributions to observational astronomy include the telescopic confirmation of the phases of Venus, the observation of the four largest satellites of Jupiter, the observation of Saturn's rings, and the analysis of sunspots.

Galileo's championing of heliocentrism and Copernicanism was controversial during his lifetime, when most subscribed to geocentric models such as the Tychonic system. He met with opposition from astronomers, who doubted heliocentrism because of the absence of an observed stellar parallax. The matter was investigated by the Roman Inquisition in 1615, which concluded that heliocentrism was "foolish and absurd in philosophy, and formally heretical since it explicitly contradicts in many places the sense of Holy Scripture". Galileo later defended his views in Dialogue Concerning the Two Chief World Systems (1632), which appeared to attack Pope Urban VIII and thus alienated him and the Jesuits, who had both supported Galileo up until this point.[11] He was tried by the Inquisition, found "vehemently suspect of heresy", and forced to recant. He spent the rest of his life under house arrest. While under house arrest, he wrote Two New Sciences, in which he summarized work he had done some forty years earlier on the two sciences now called kinematics and strength of materials.

I bought three different busts from this seller. All, including this one are superb, great detail and nice (optional) finishes. I have no hesitation whatsoever in recommending this seller to anyone thinking about buying his work. Fast international delivery too. I am certain I will be back for more in the near future. Your work is amazing. Thank you.