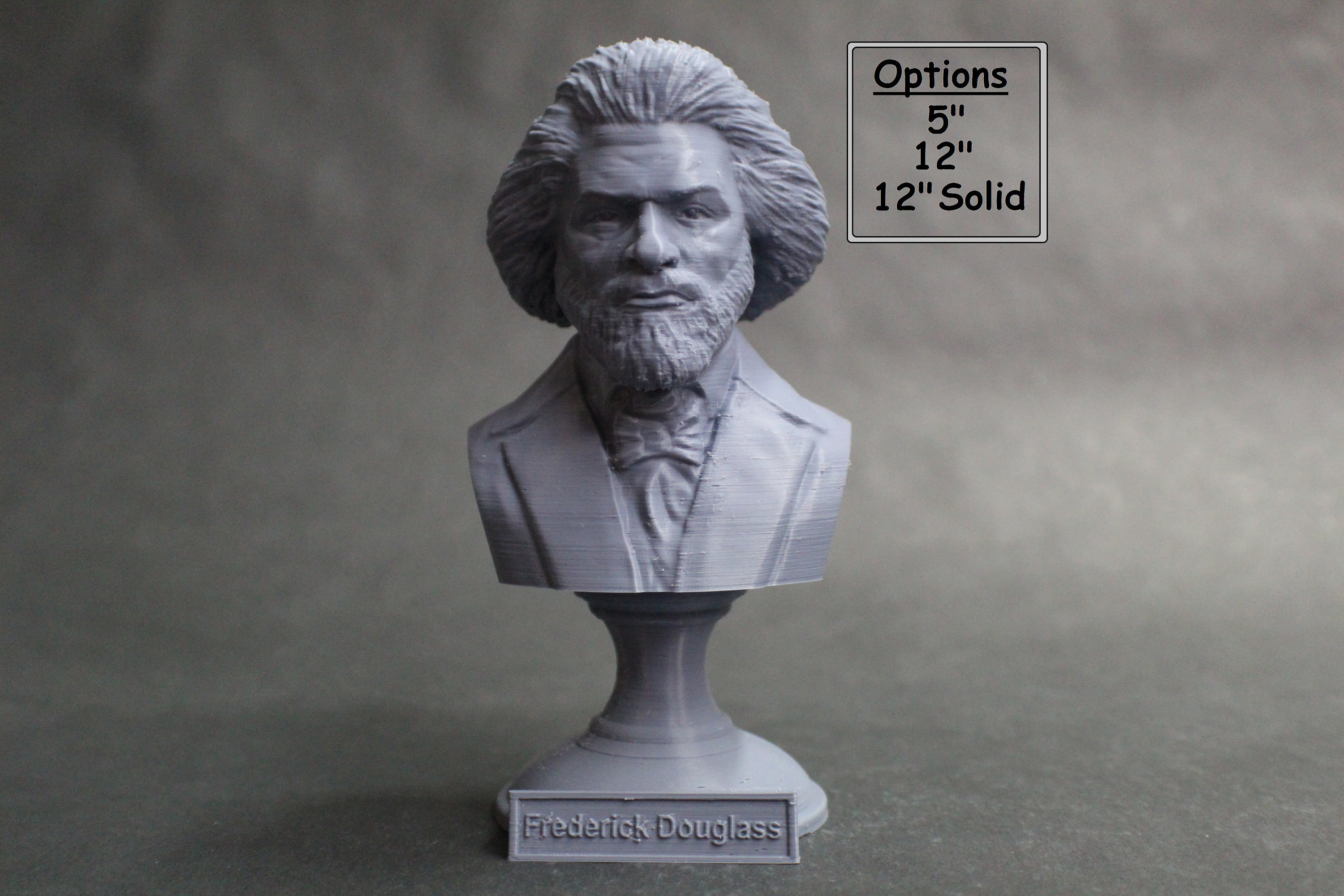 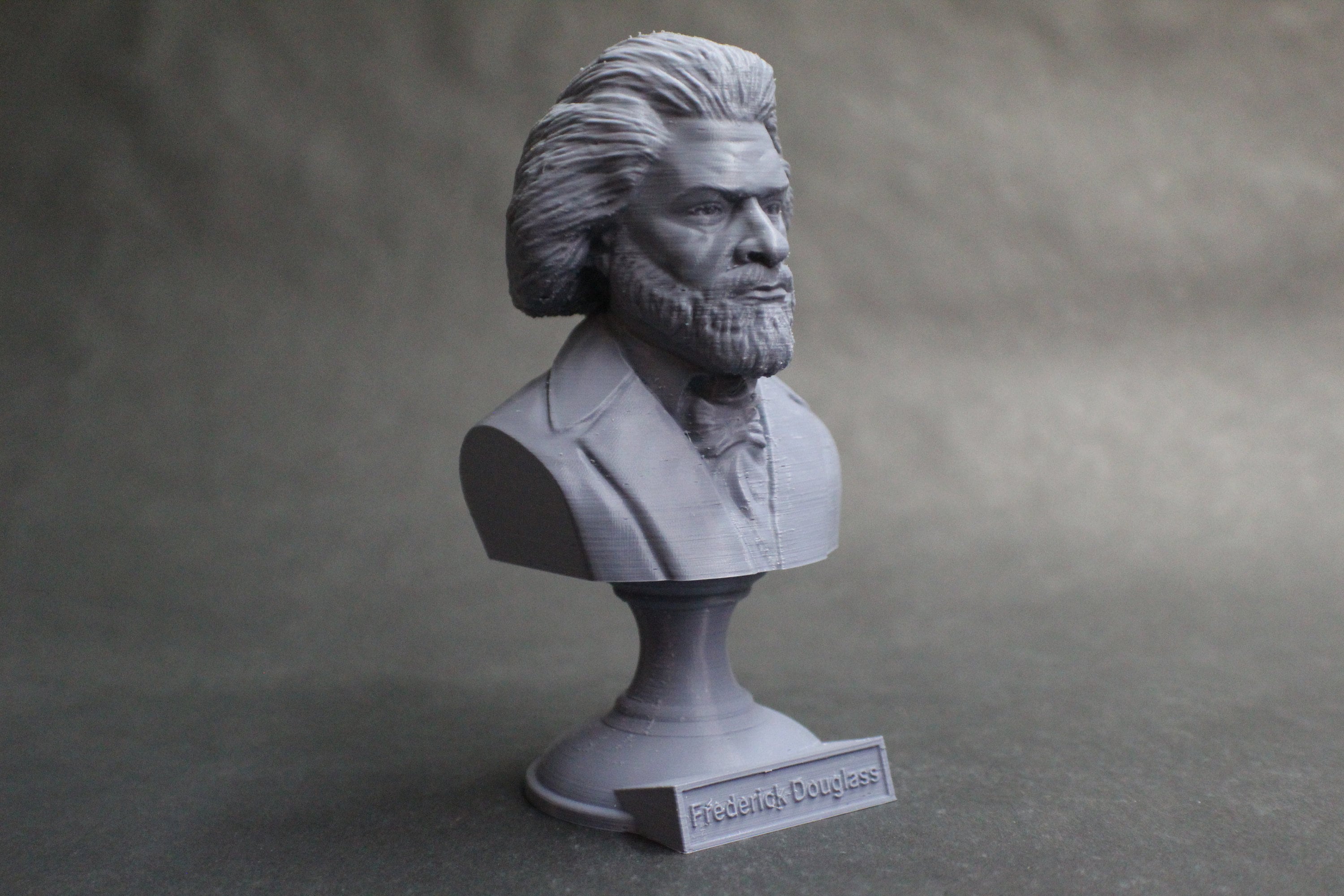 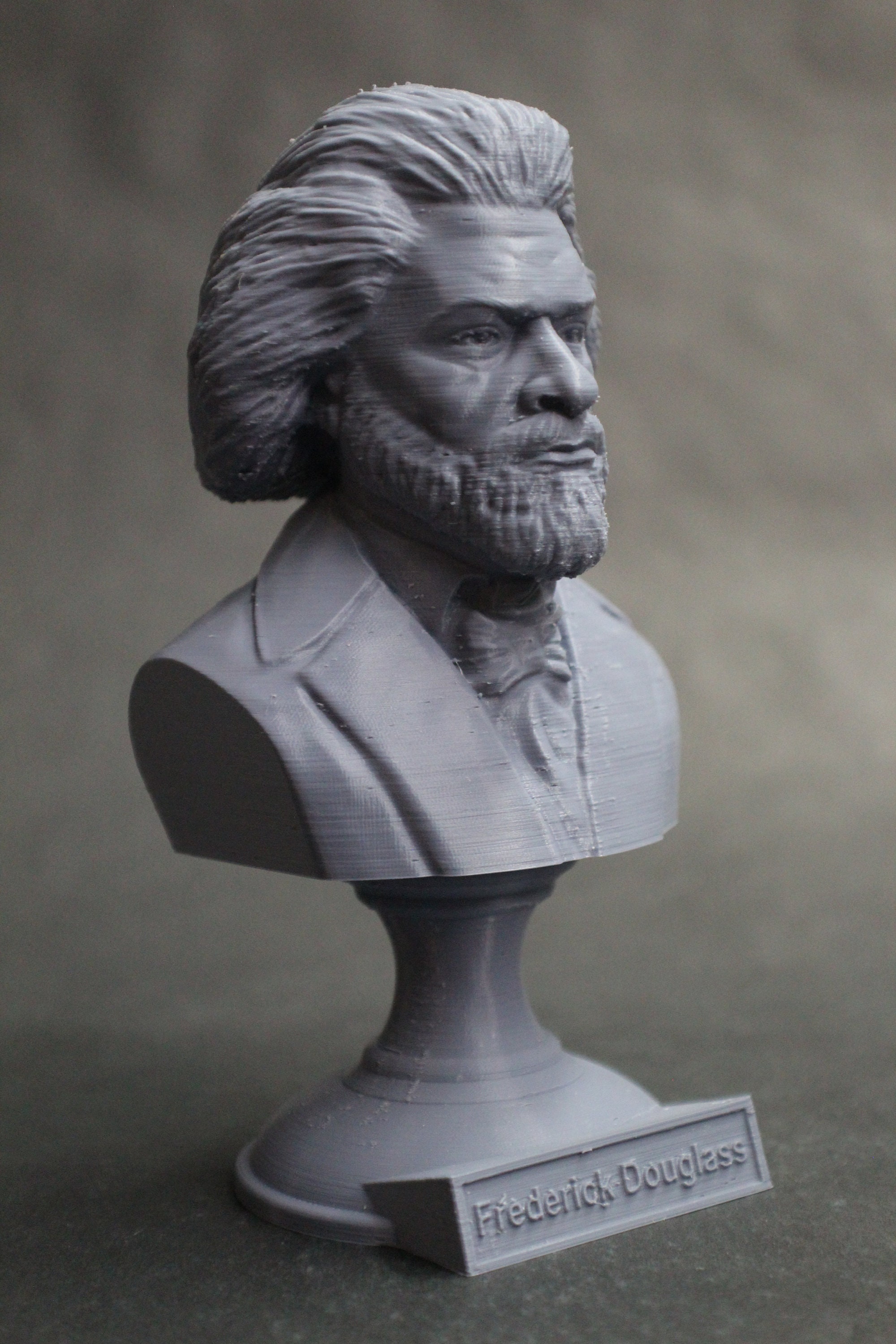 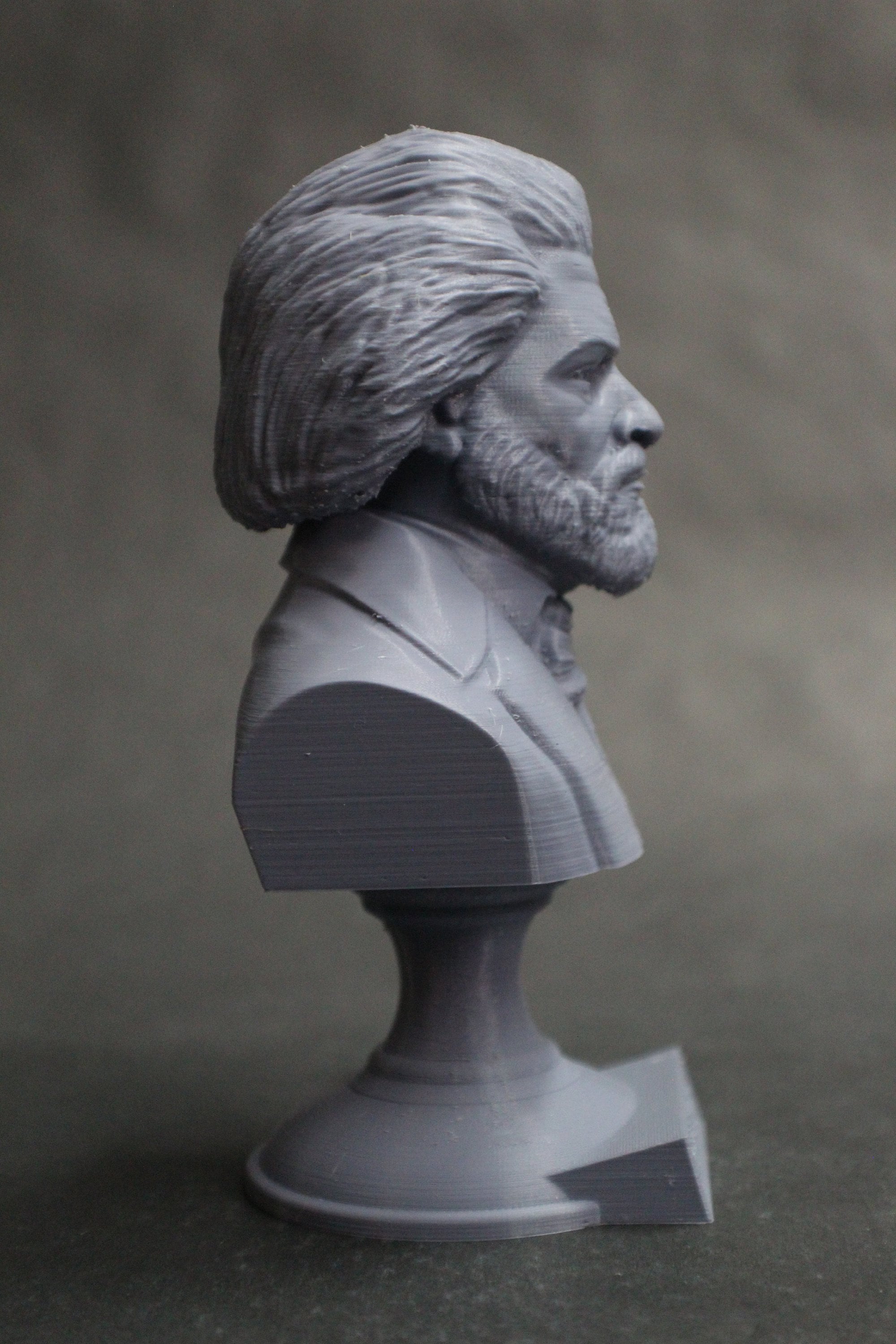 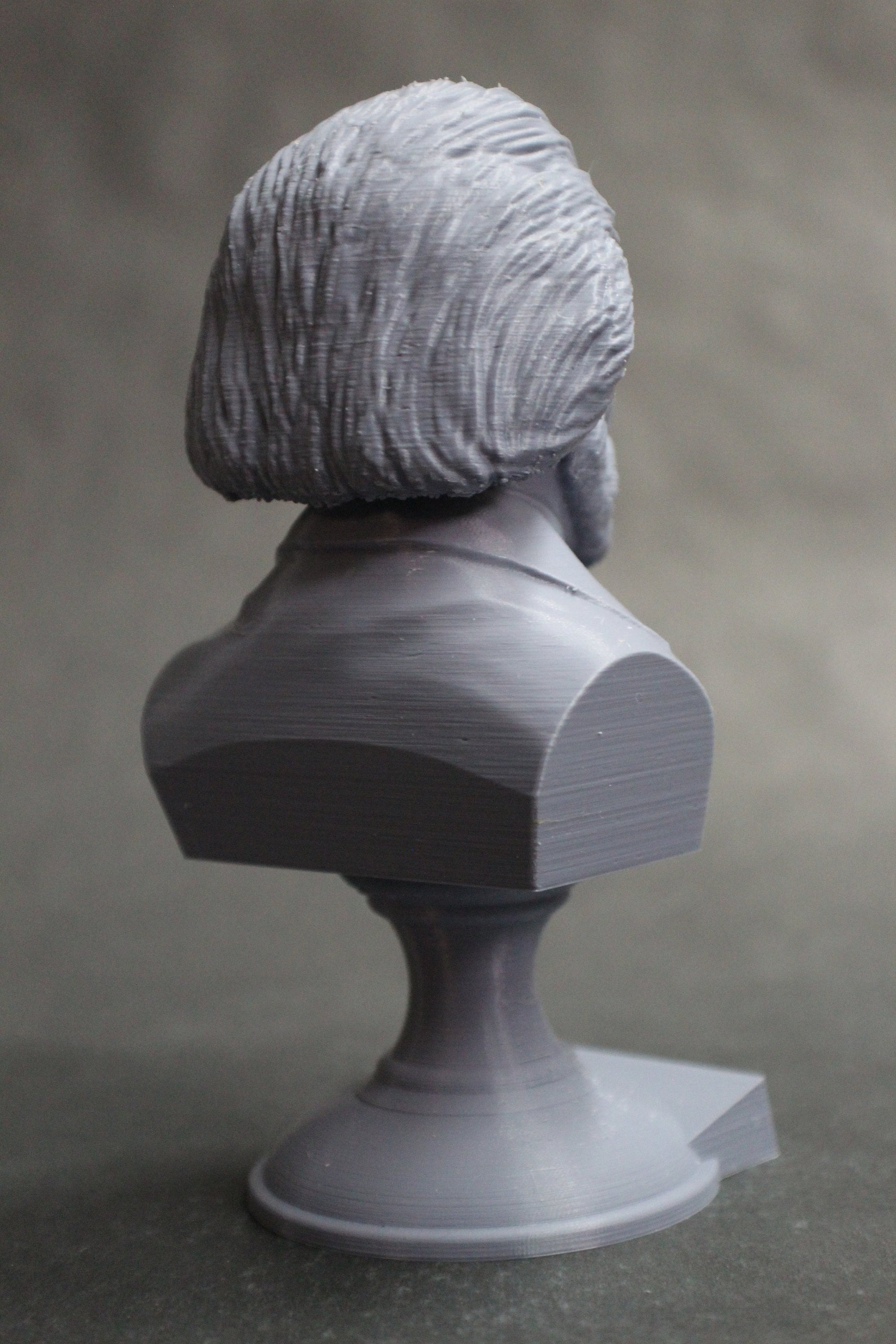 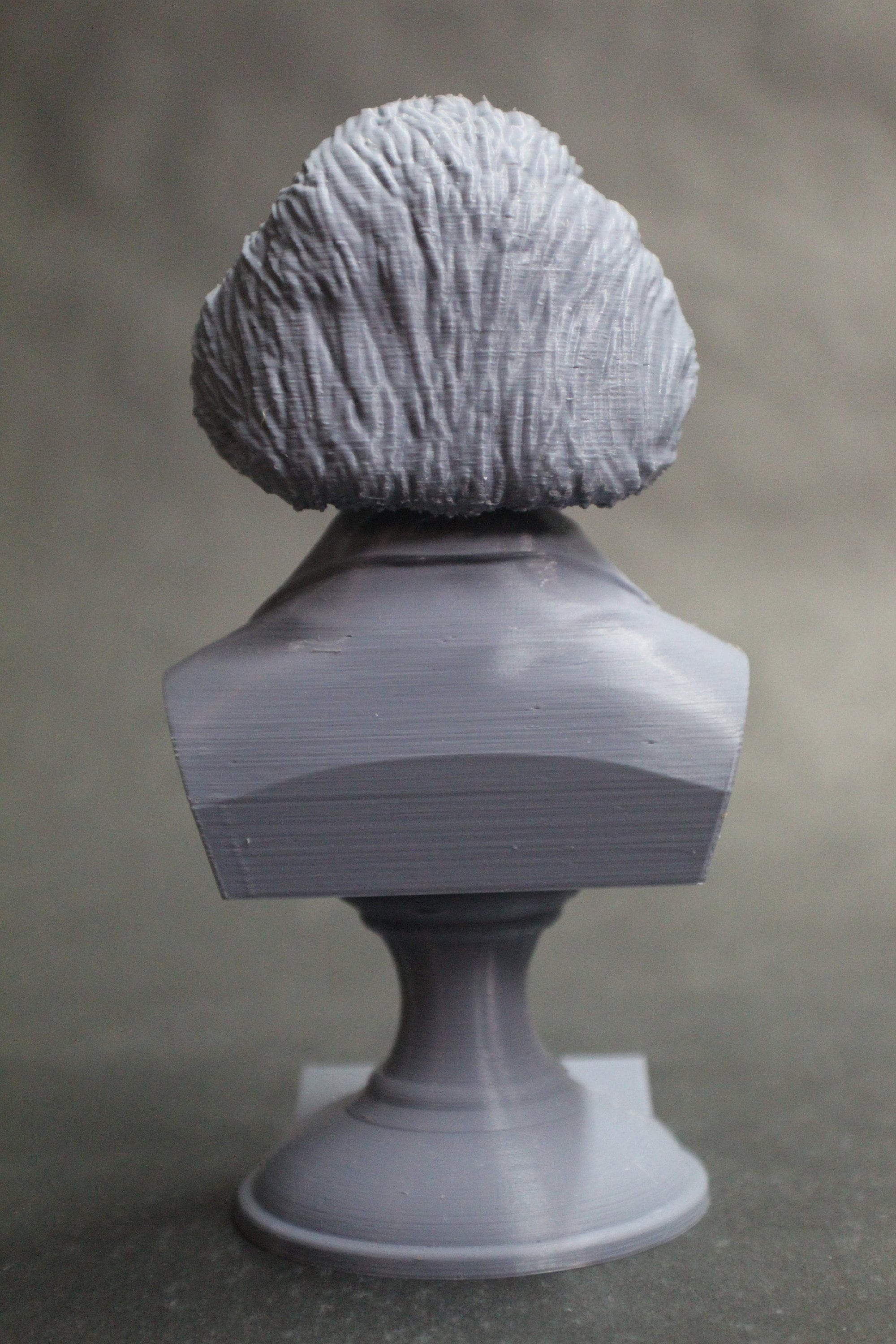 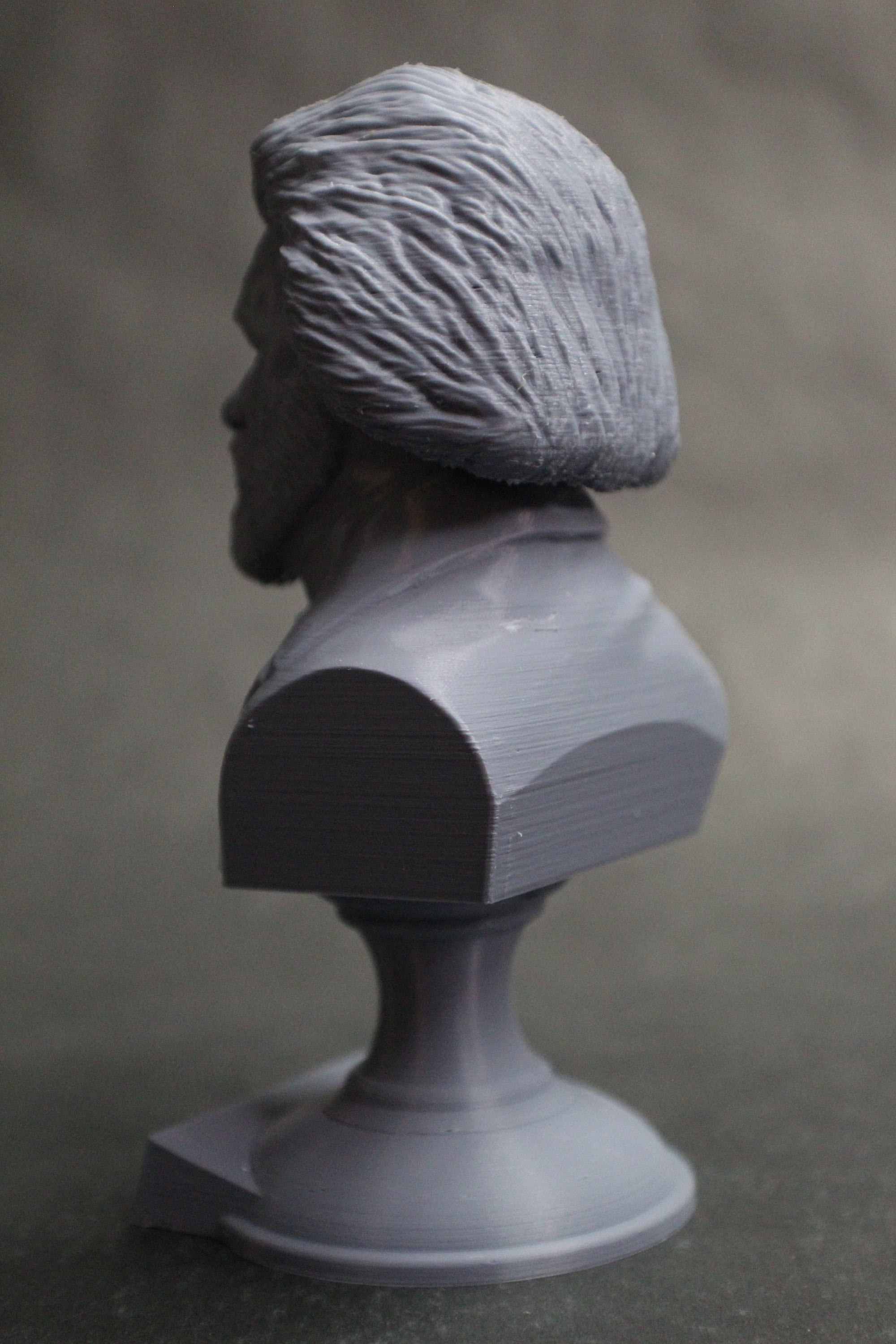 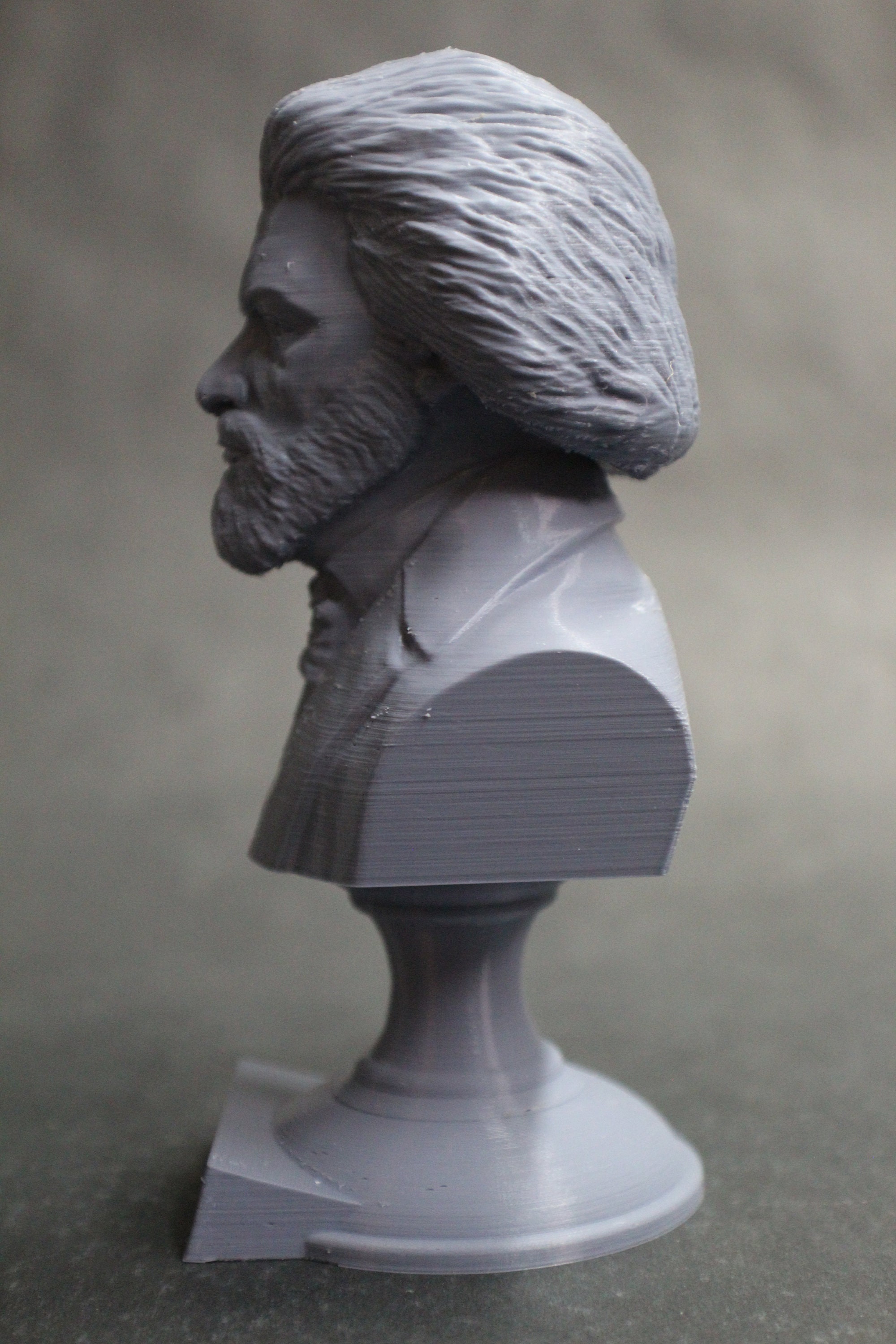 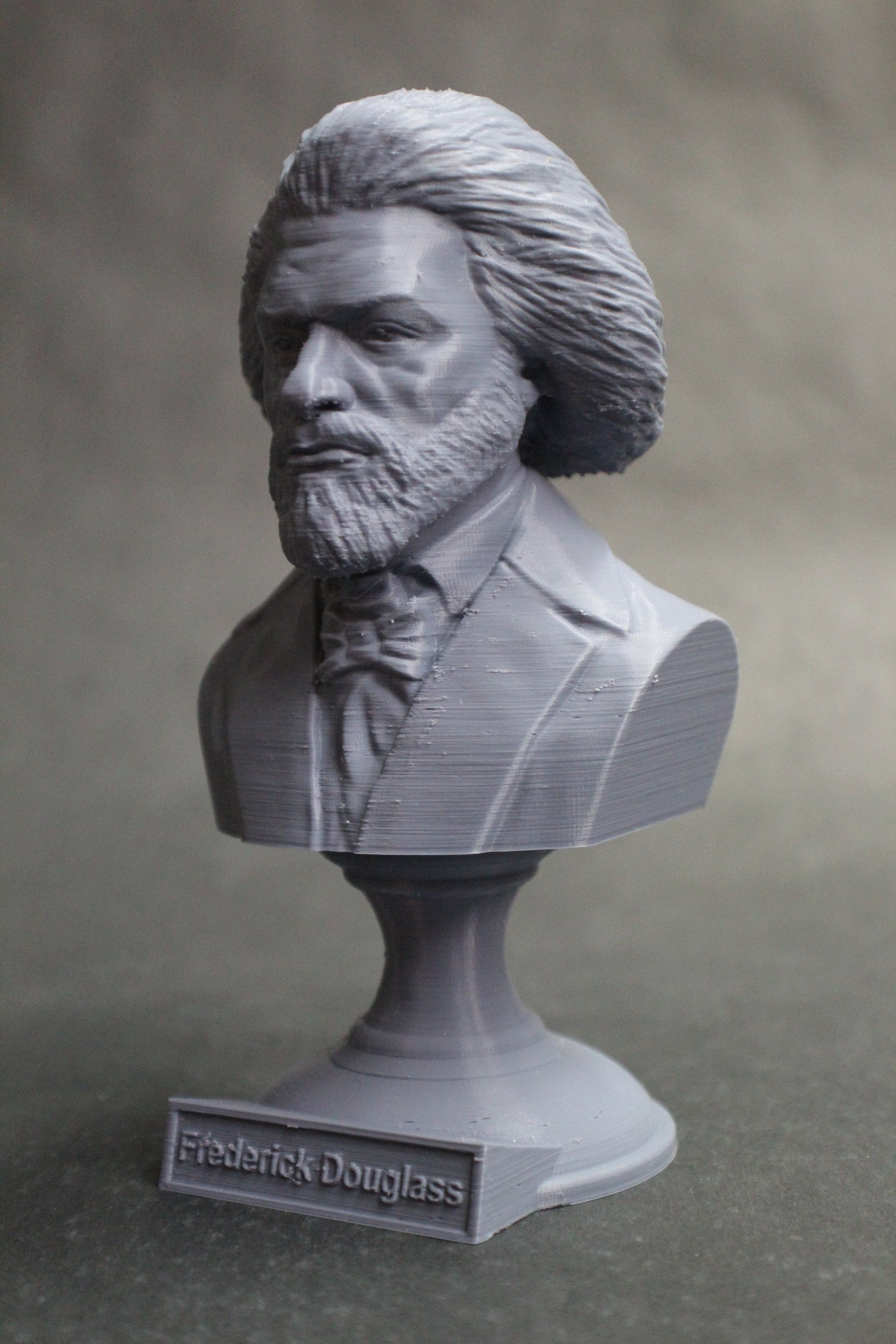 This is a 3D printed bust of Frederick Douglass, American Social Reformer, Abolitionist, Orator, Writer, and Statesman. This one is printed in a gray PLA, giving it a detailed look and a surprise whenever someone picks it up to discover it's actual weight. It is more durable than alabaster or plaster, and is washable with lukewarm soapy water for easy spring cleaning. It comes on a custom plinth that has his name on the front.

Frederick Douglass (born Frederick Augustus Washington Bailey; c. February 1818 – February 20, 1895) was an American social reformer, abolitionist, orator, writer, and statesman. After escaping from slavery in Maryland, he became a national leader of the abolitionist movement in Massachusetts and New York, gaining note for his oratory and incisive antislavery writings. In his time, he was described by abolitionists as a living counter-example to slaveholders' arguments that slaves lacked the intellectual capacity to function as independent American citizens. Northerners at the time found it hard to believe that such a great orator had once been a slave.

Douglass wrote several autobiographies. He described his experiences as a slave in his 1845 autobiography, Narrative of the Life of Frederick Douglass, an American Slave, which became a bestseller, and was influential in promoting the cause of abolition, as was his second book, My Bondage and My Freedom (1855). After the Civil War, Douglass remained an active campaigner against slavery and wrote his last autobiography, Life and Times of Frederick Douglass. First published in 1881 and revised in 1892, three years before his death, it covered events during and after the Civil War. Douglass also actively supported women's suffrage, and held several public offices. Without his approval, Douglass became the first African American nominated for Vice President of the United States as the running mate and Vice Presidential nominee of Victoria Woodhull, on the Equal Rights Party ticket.

Douglass was a firm believer in the equality of all peoples, whether black, female, Native American, or recent immigrant. He was also a believer in dialogue and in making alliances across racial and ideological divides, and in the liberal values of the U.S. Constitution. When radical abolitionists, under the motto "No Union with Slaveholders", criticized Douglass' willingness to engage in dialogue with slave owners, he replied: "I would unite with anybody to do right and with nobody to do wrong."

These were just what I needed- these little 3D busts are perfect for celebrating the beautiful courageous social change fighters I wanted to honor this July 4th- I can’t go to a museum to get them, so thank you for your 3D printing and painting skills!

I just love the image and the details of the replica. An amazing piece that I will treasure I definitely appreciate the opportunity to work with the pieces purchased and I will be making another purchase soon.