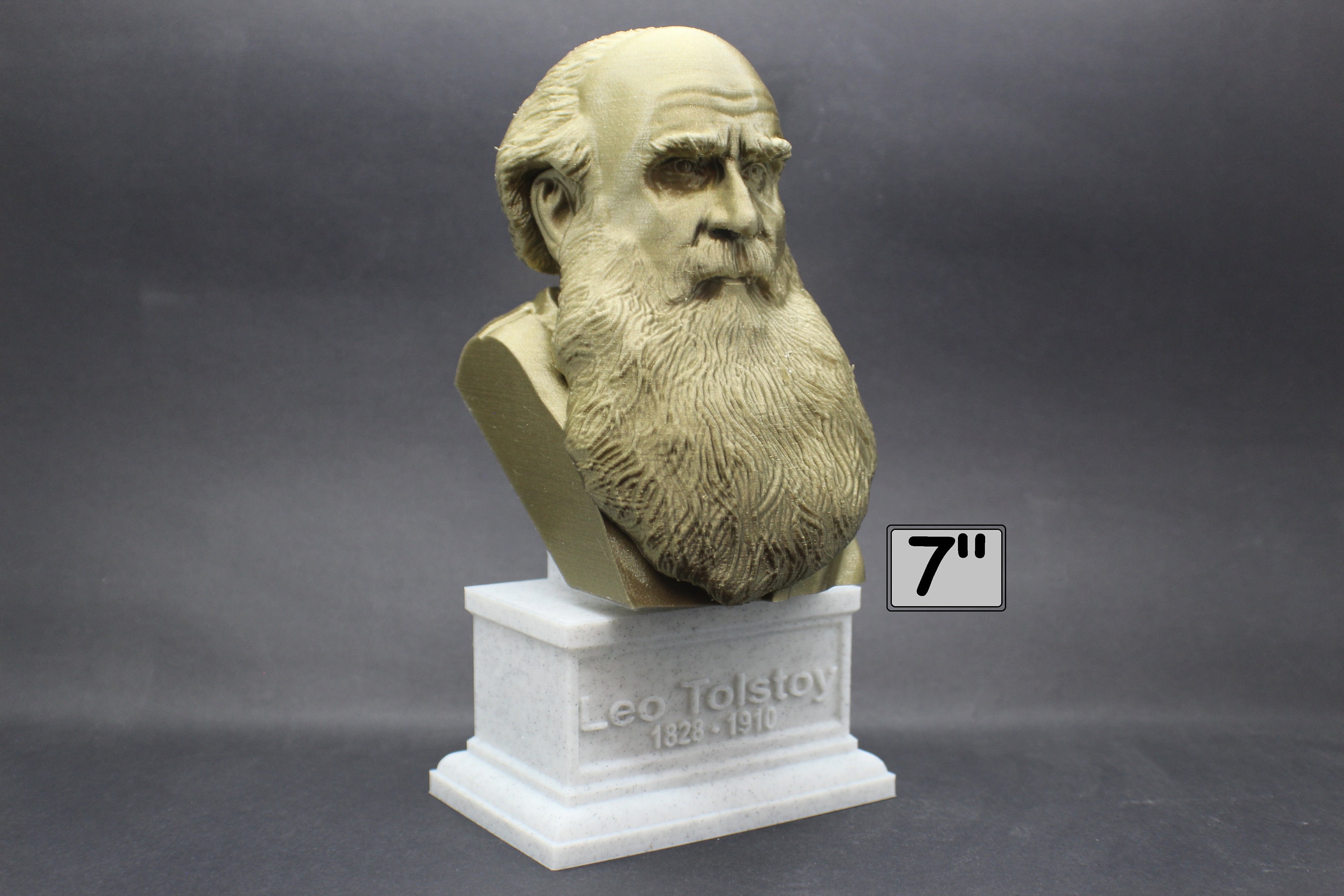 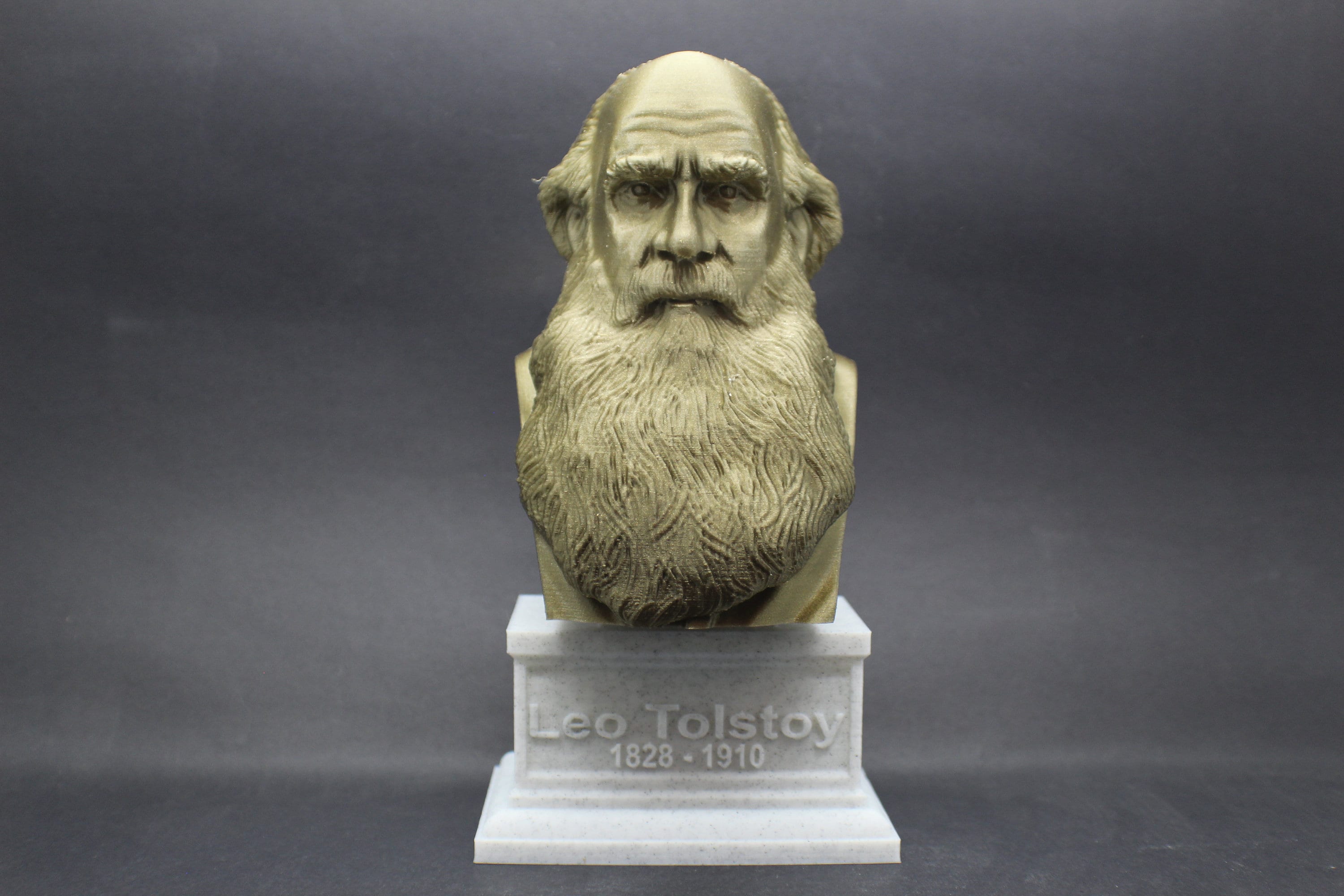 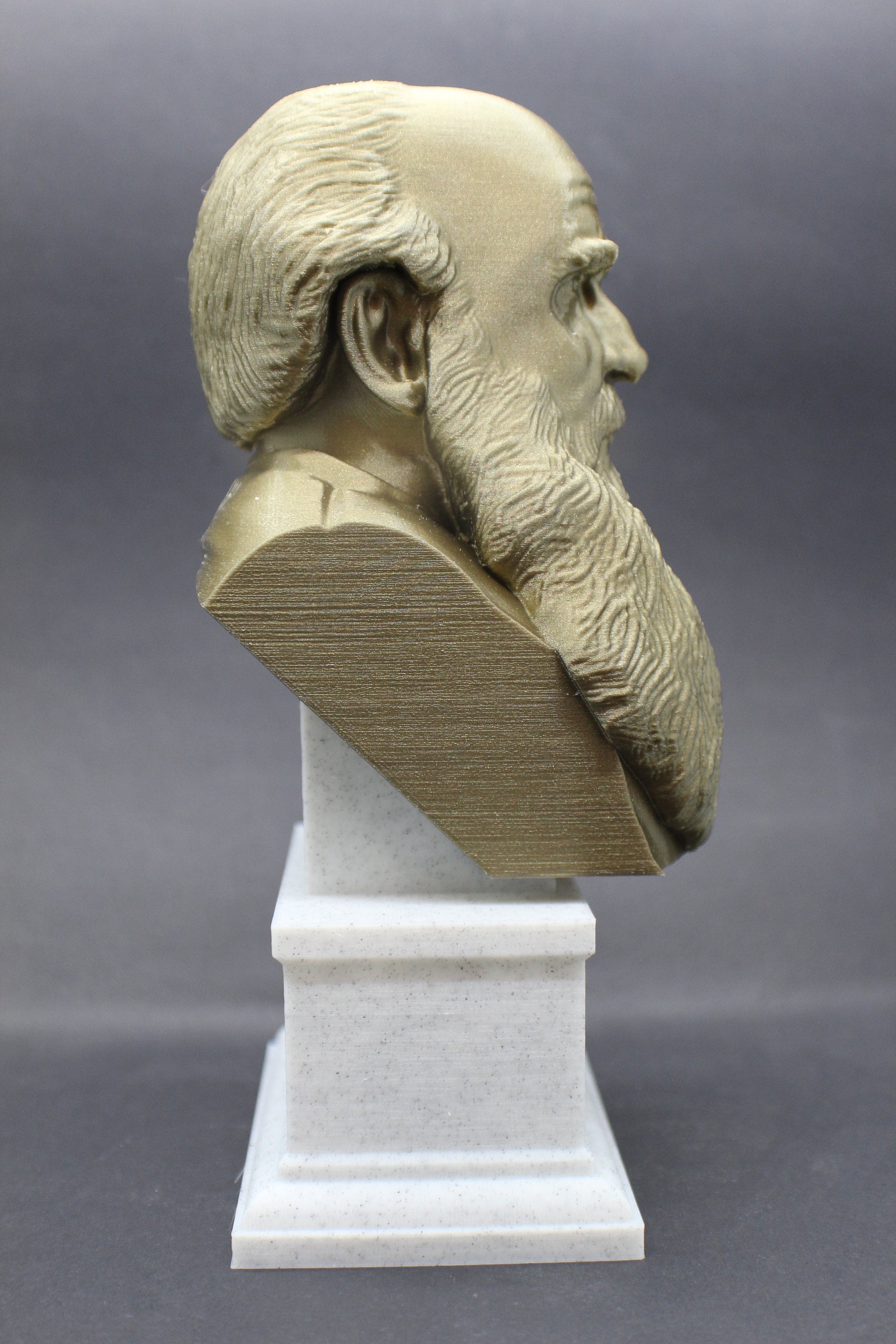 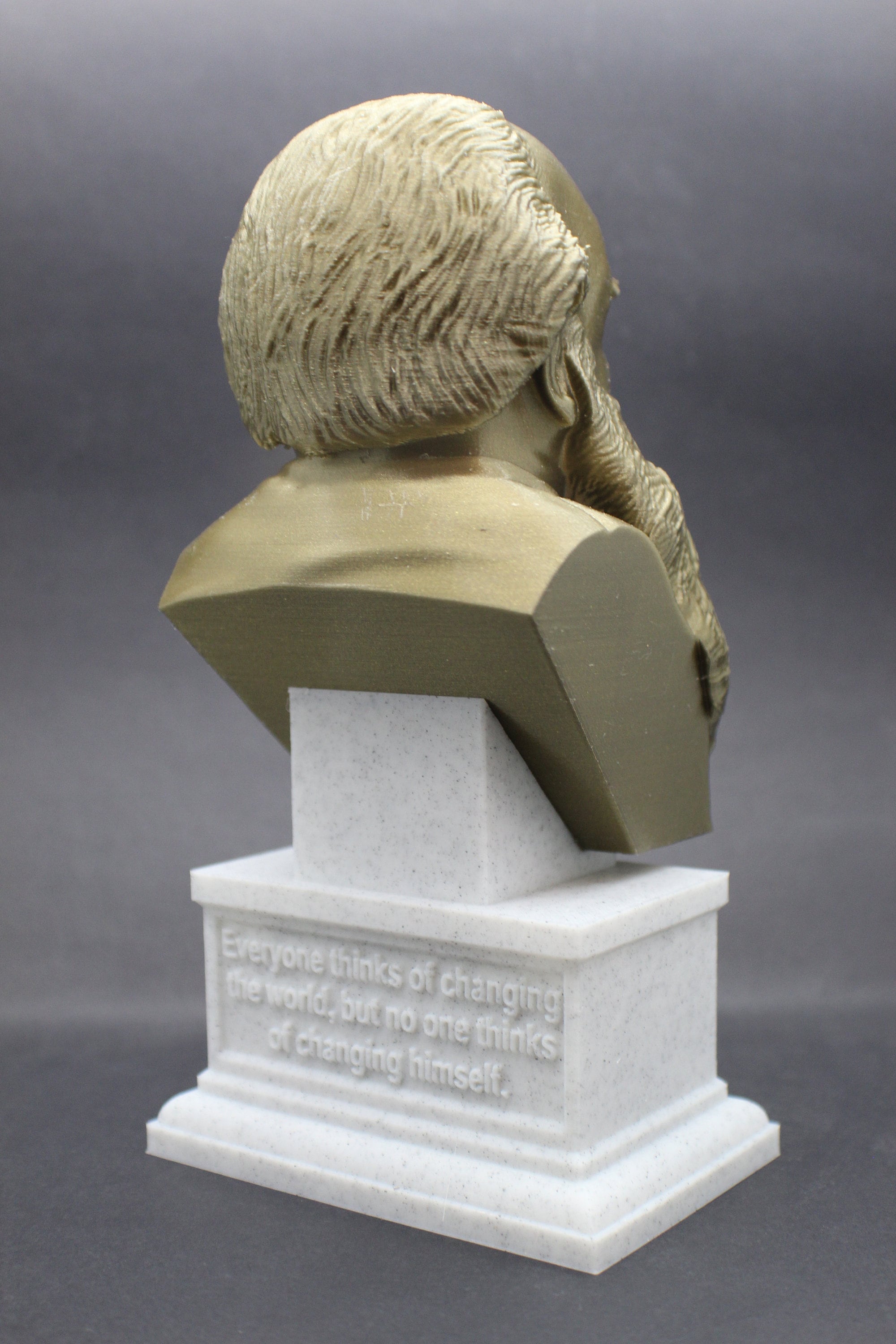 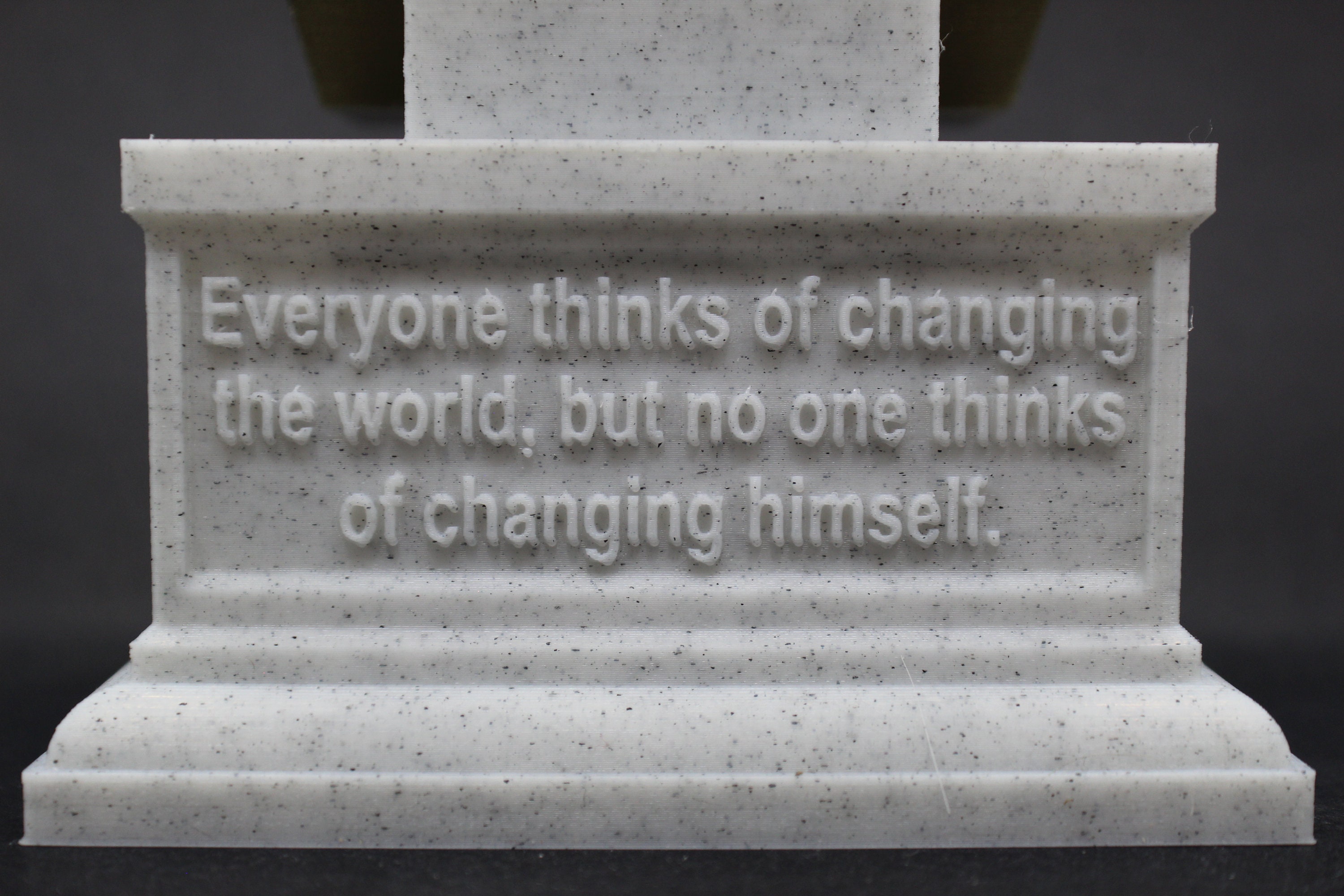 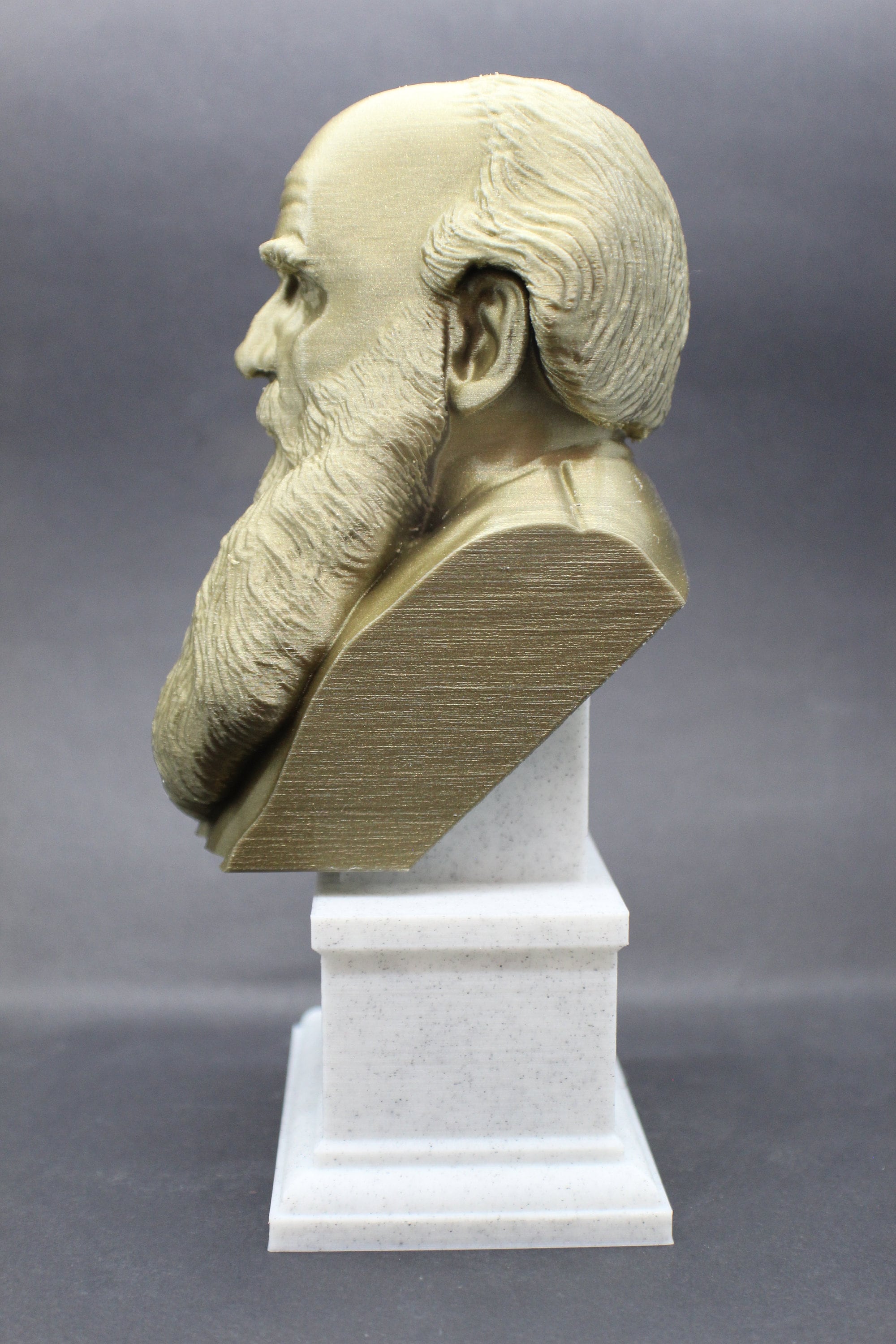 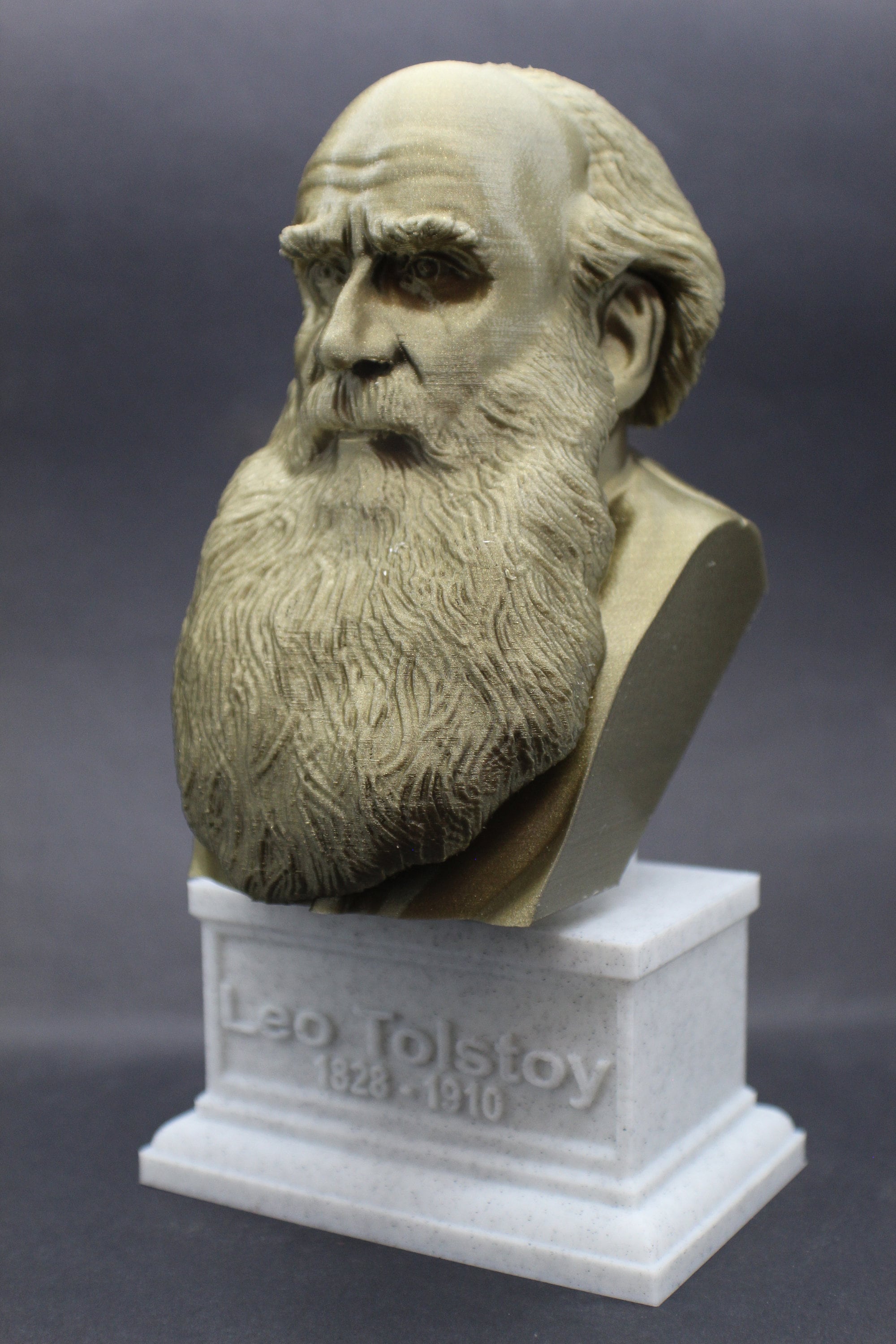 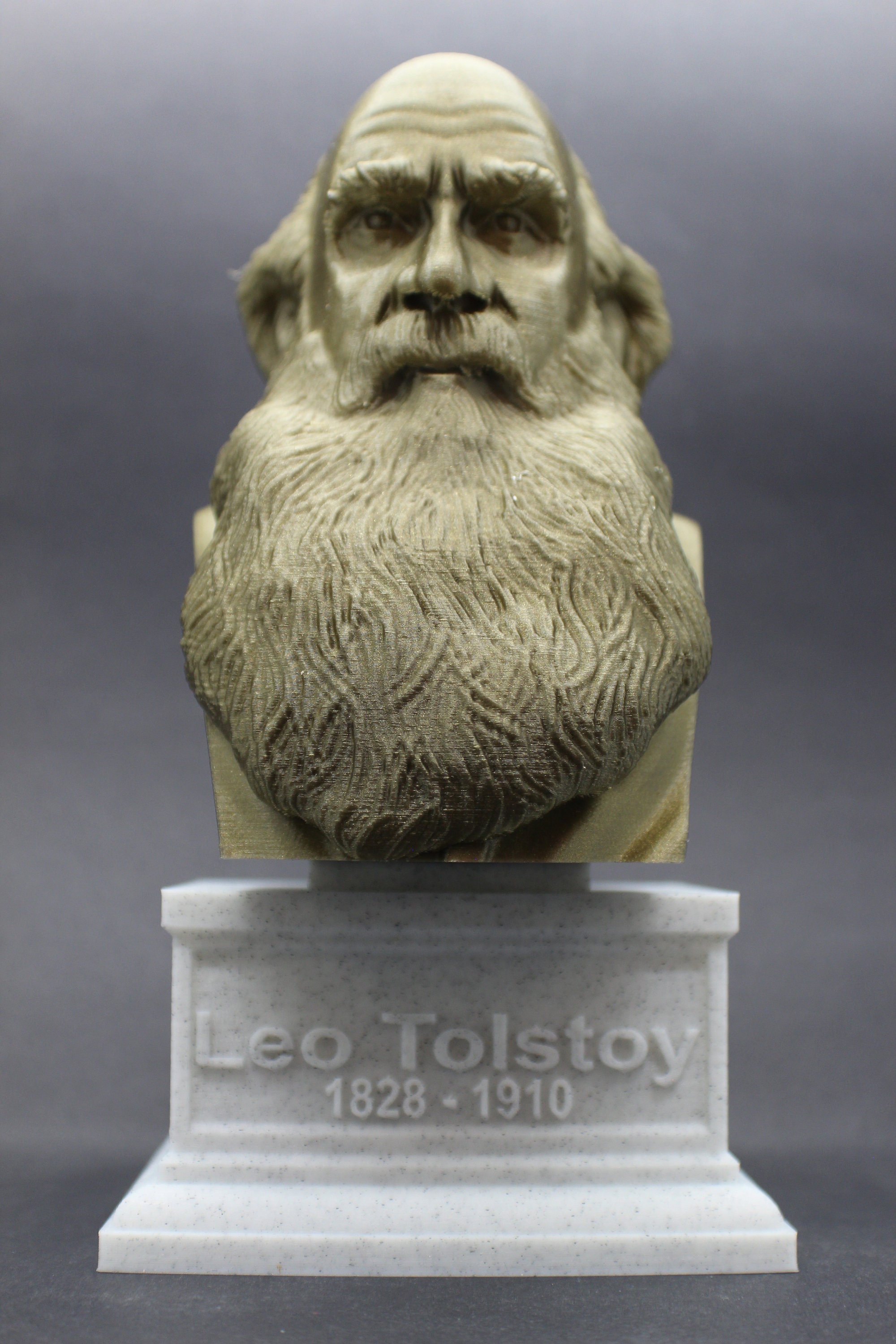 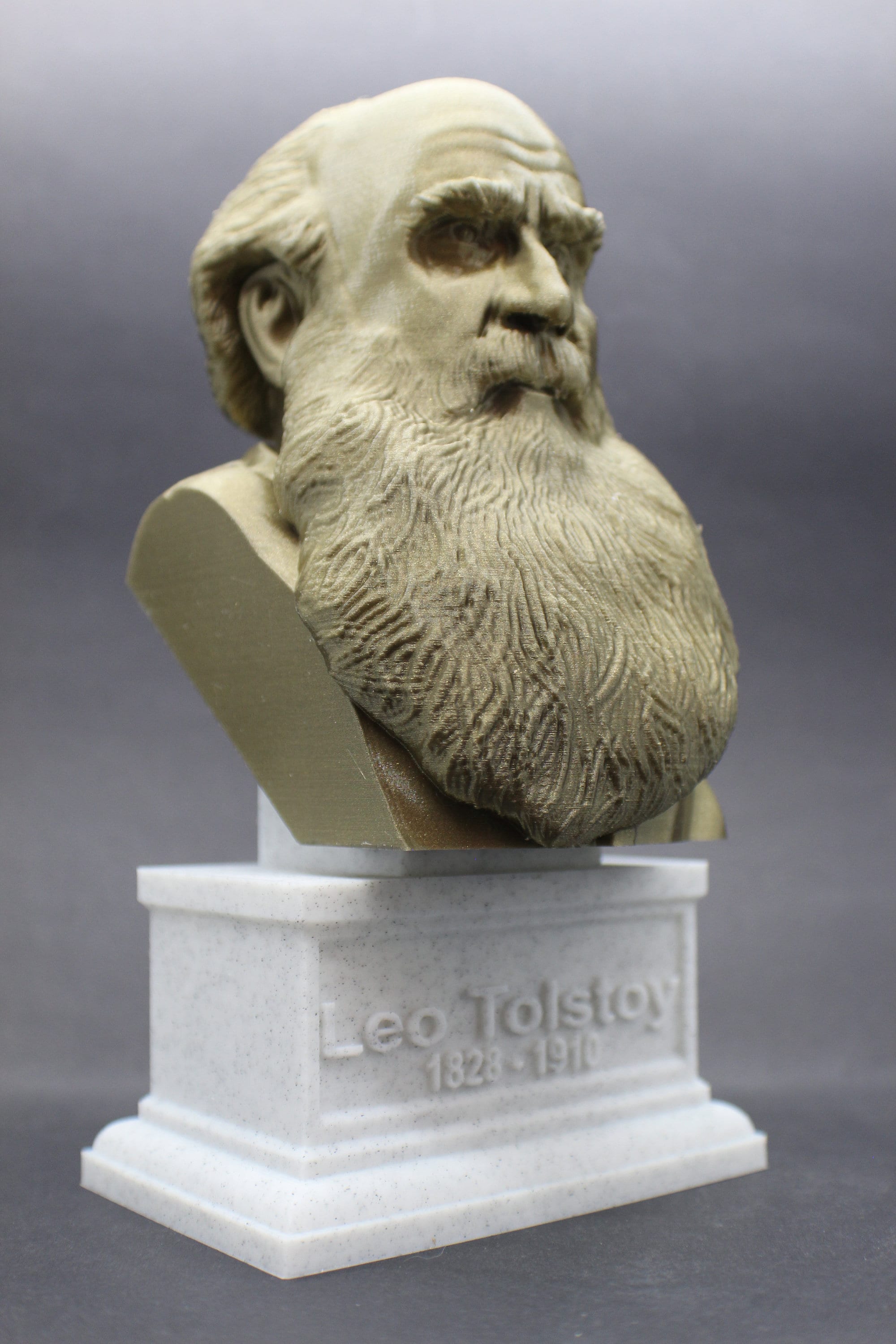 This is a 3D printed bust of Leo Tolstoy, Russian Writer. This one is printed in a marble and bronze PLA, giving it a realistic stone look and a surprise whenever someone picks it up to discover it's actual weight. It is more durable than alabaster or plaster, and is washable with lukewarm soapy water for easy spring cleaning. It comes on a custom plinth that has his lifetime on the front, and the quote:

Count Lev Nikolayevich Tolstoy (1828 – 1910), usually referred to in English as Leo Tolstoy, was a Russian writer who is regarded as one of the greatest authors of all time. He received multiple nominations for Nobel Prize in Literature every year from 1902 to 1906, and nominations for Nobel Peace Prize in 1901, 1902 and 1910, and the fact he never won it is a major Nobel prize controversy.

Born to an aristocratic Russian family in 1828, he is best known for the novels War and Peace (1869) and Anna Karenina (1877), often cited as pinnacles of realist fiction. He first achieved literary acclaim in his twenties with his semi-autobiographical trilogy, Childhood, Boyhood, and Youth (1852–1856), and Sevastopol Sketches (1855), based upon his experiences in the Crimean War. Tolstoy's fiction includes dozens of short stories and several novellas such as The Death of Ivan Ilyich (1886), Family Happiness (1859), and Hadji Murad (1912). He also wrote plays and numerous philosophical essays.

In the 1870s Tolstoy experienced a profound moral crisis, followed by what he regarded as an equally profound spiritual awakening, as outlined in his non-fiction work A Confession (1882). His literal interpretation of the ethical teachings of Jesus, centering on the Sermon on the Mount, caused him to become a fervent Christian anarchist and pacifist. Tolstoy's ideas on nonviolent resistance, expressed in such works as The Kingdom of God Is Within You (1894), were to have a profound impact on such pivotal 20th-century figures as Mahatma Gandhi and Martin Luther King Jr. Tolstoy also became a dedicated advocate of Georgism, the economic philosophy of Henry George, which he incorporated into his writing, particularly Resurrection (1899).