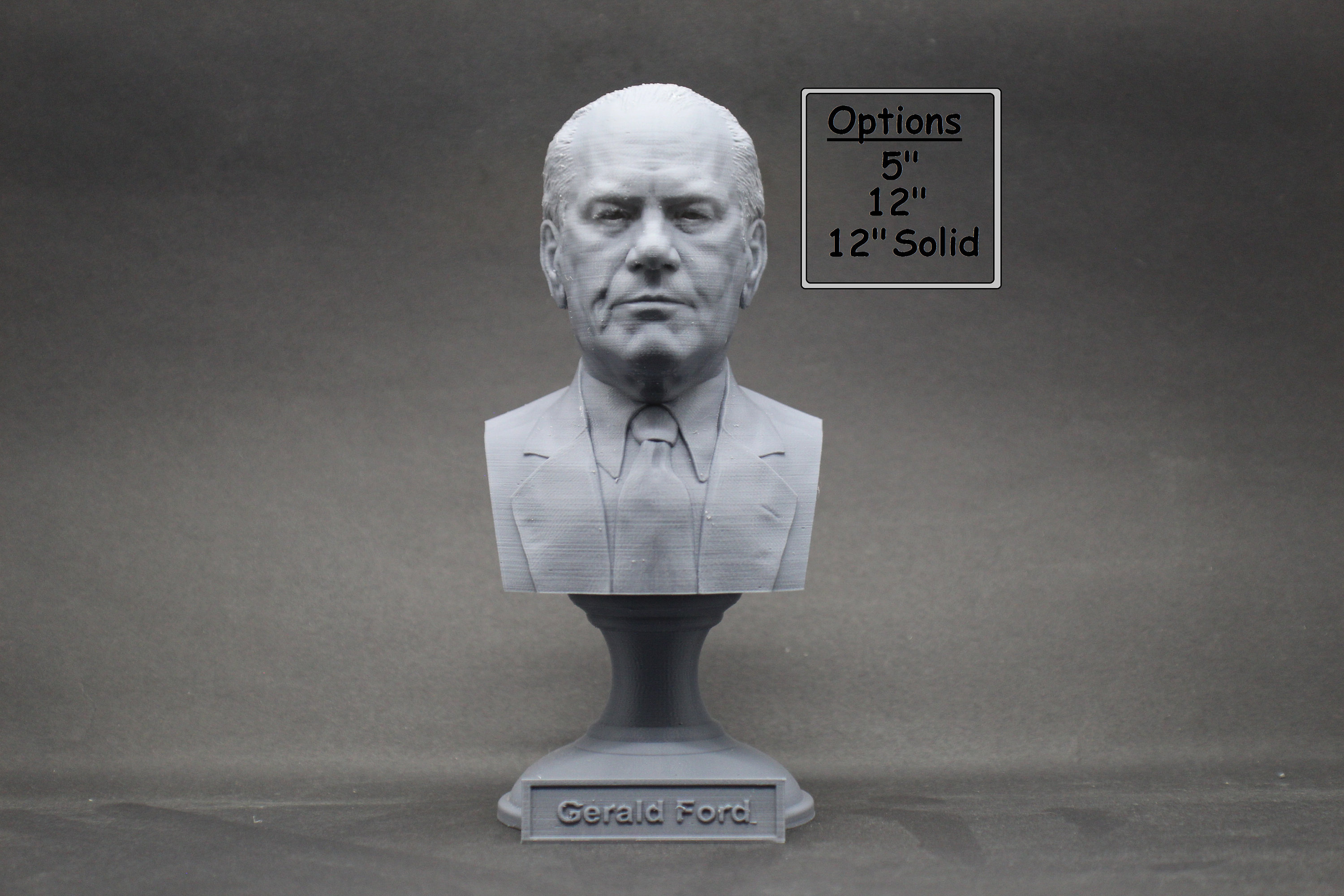 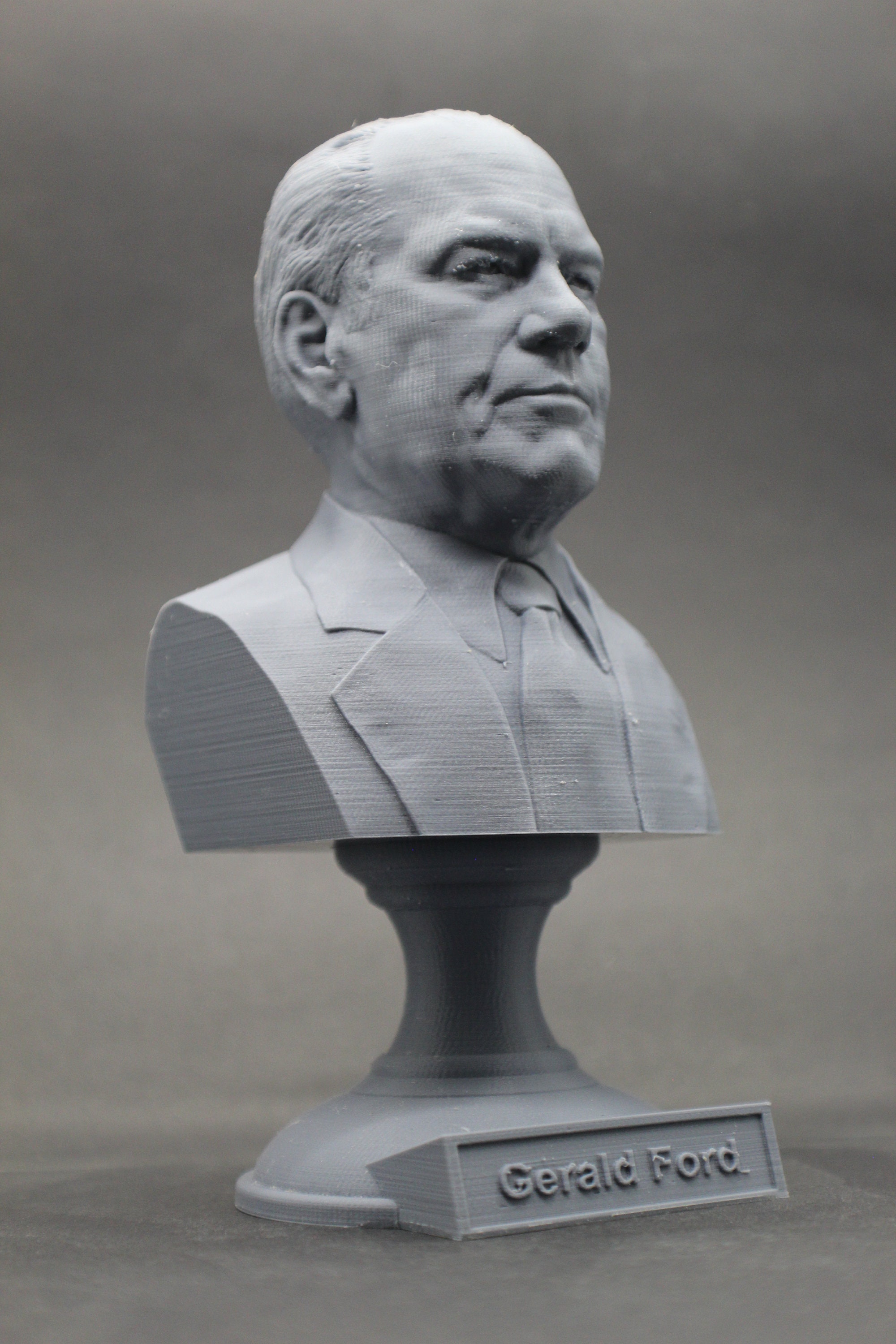 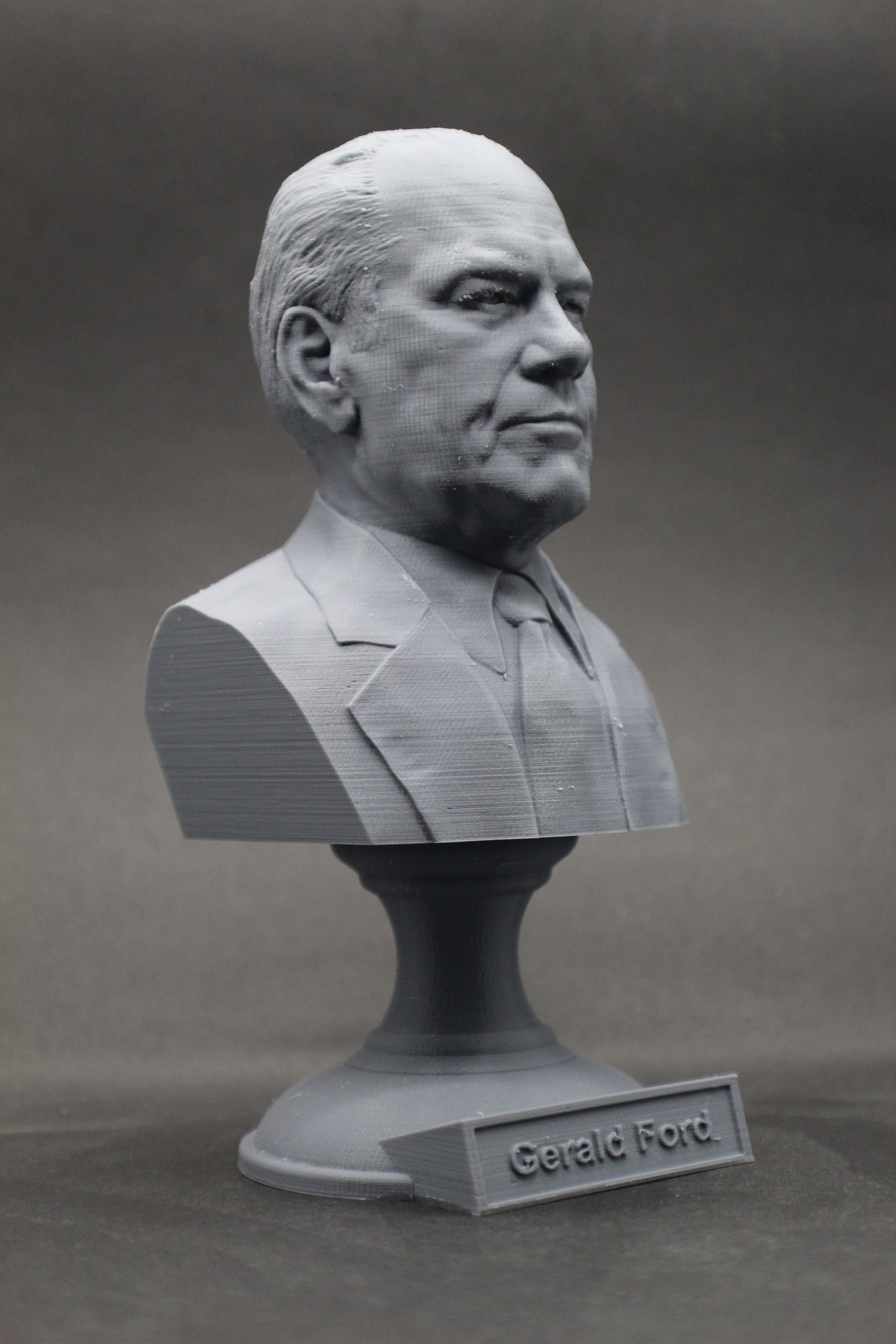 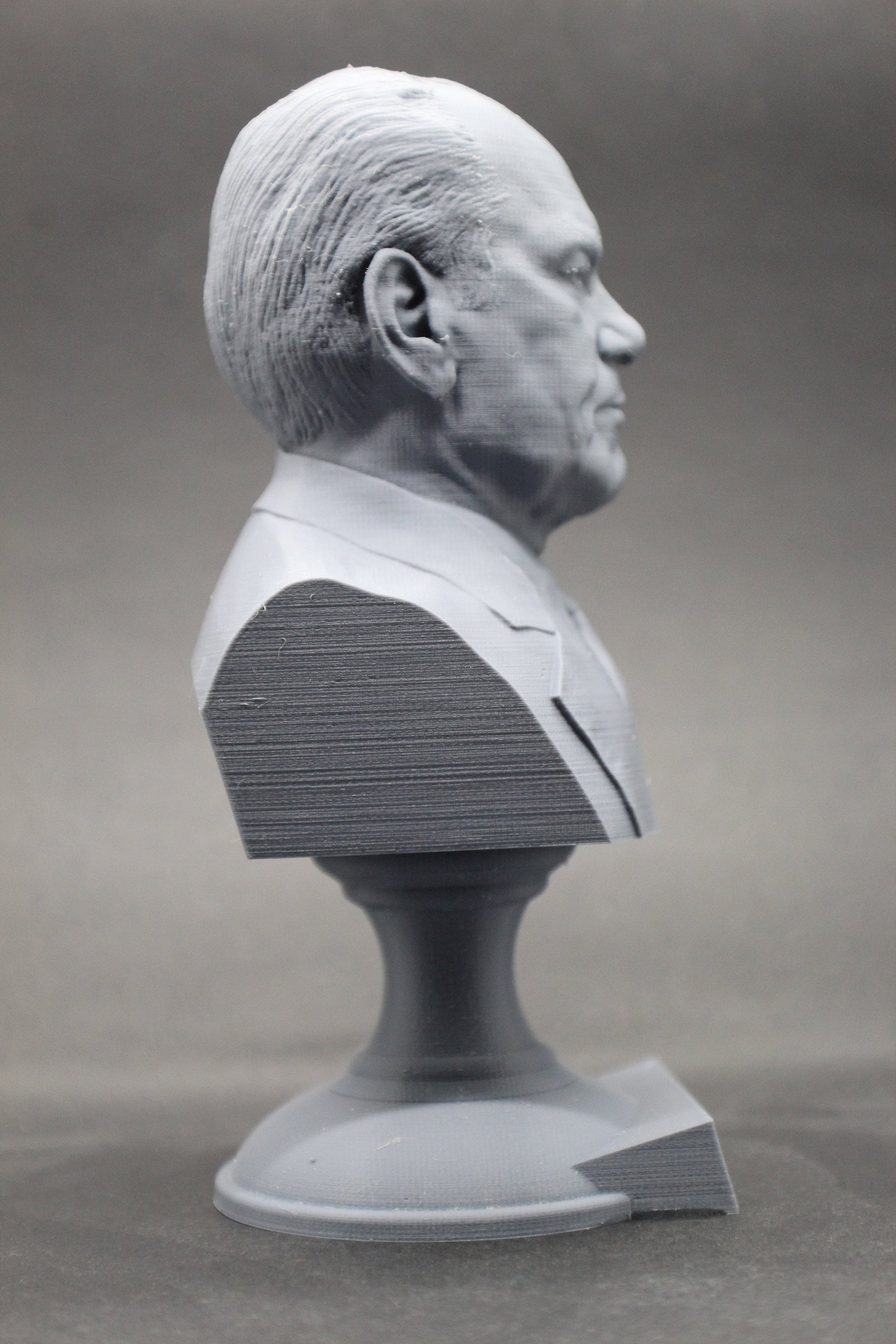 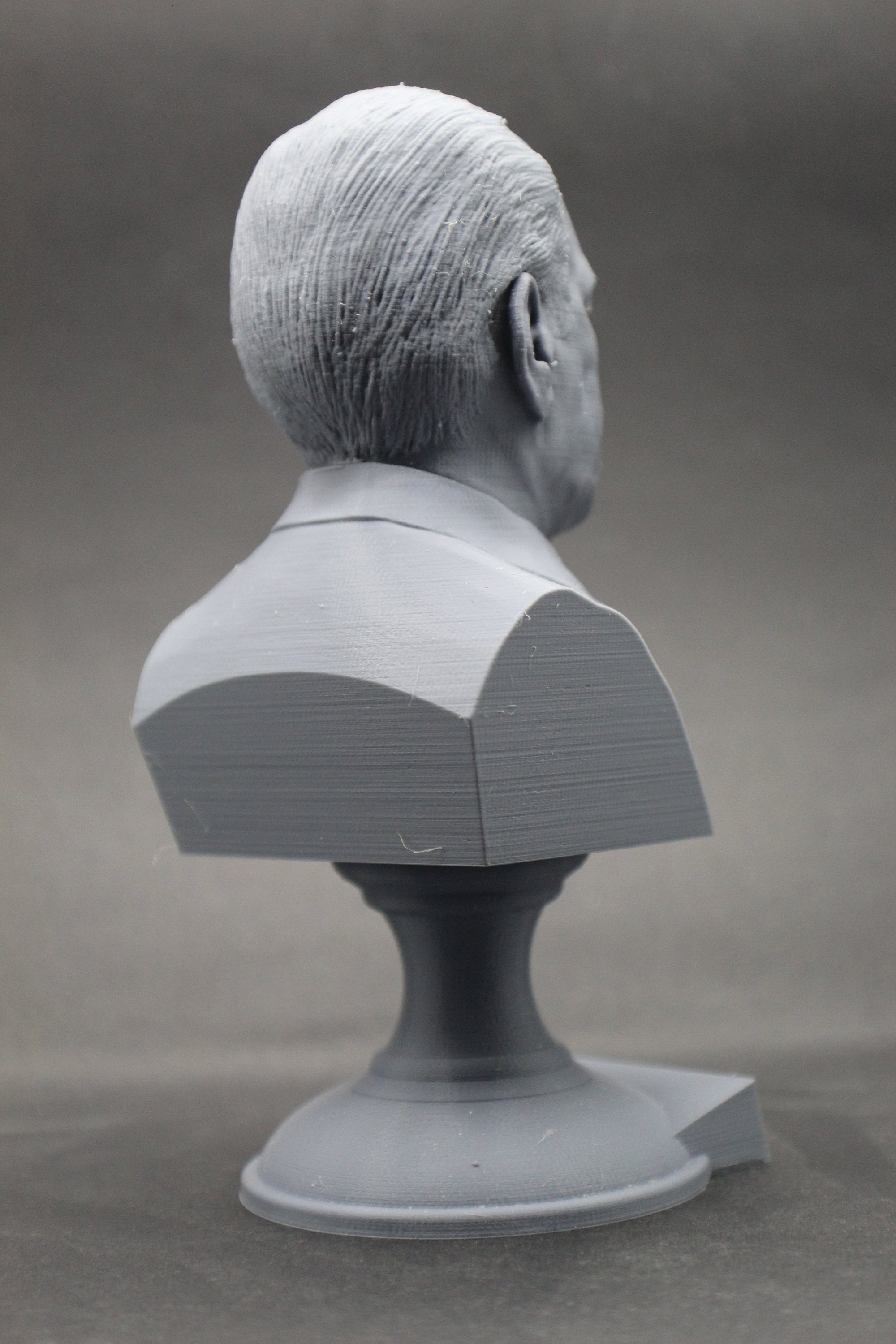 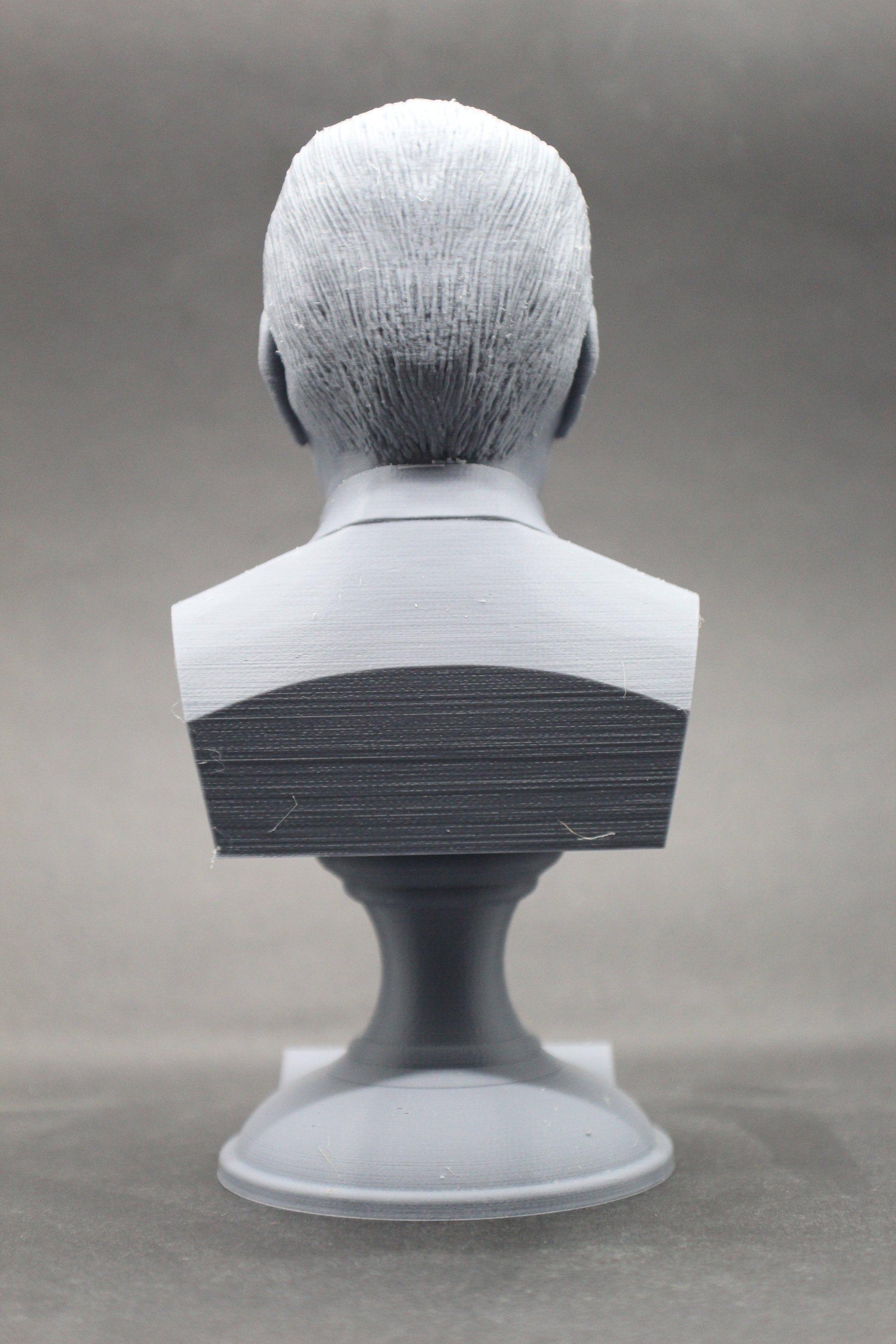 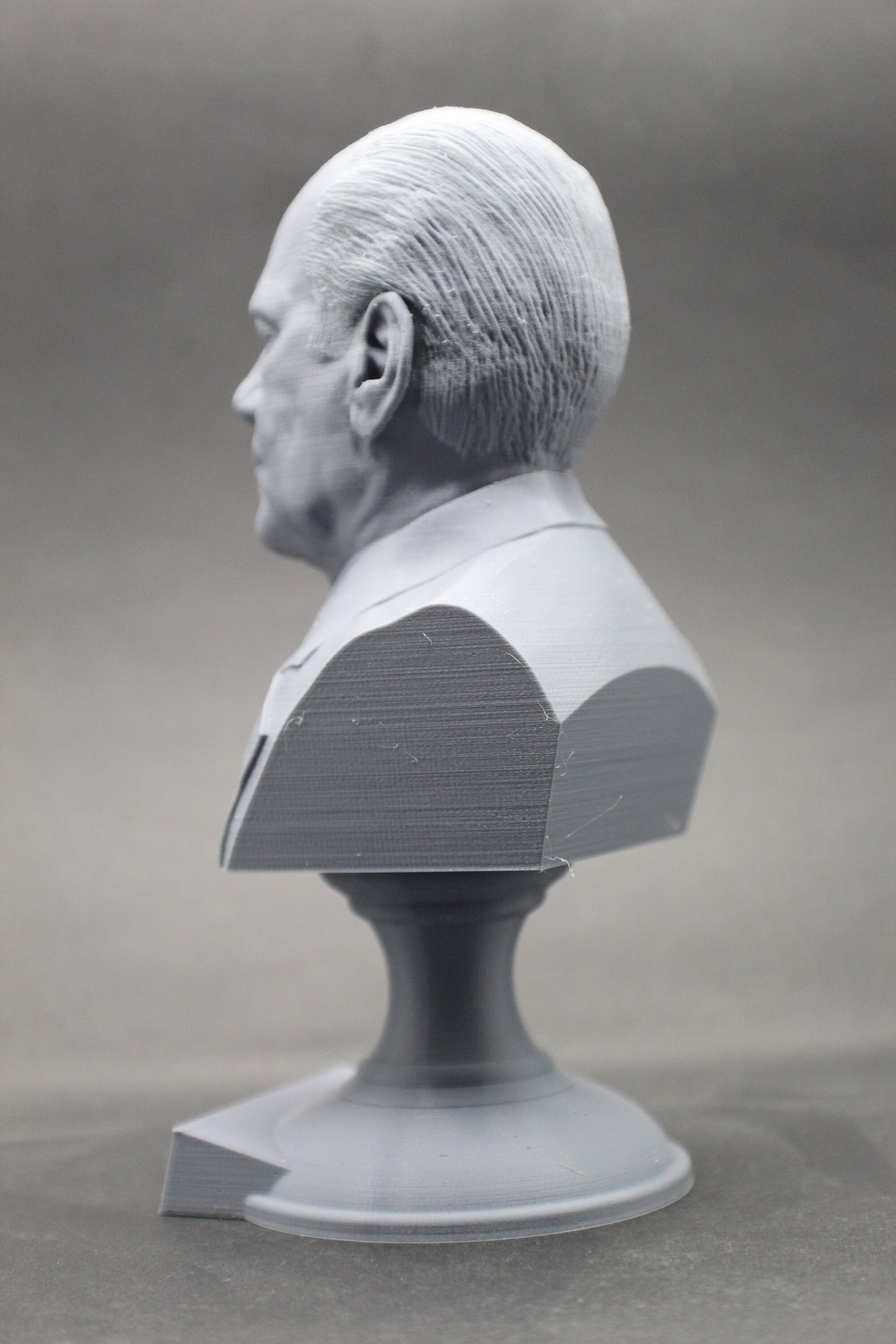 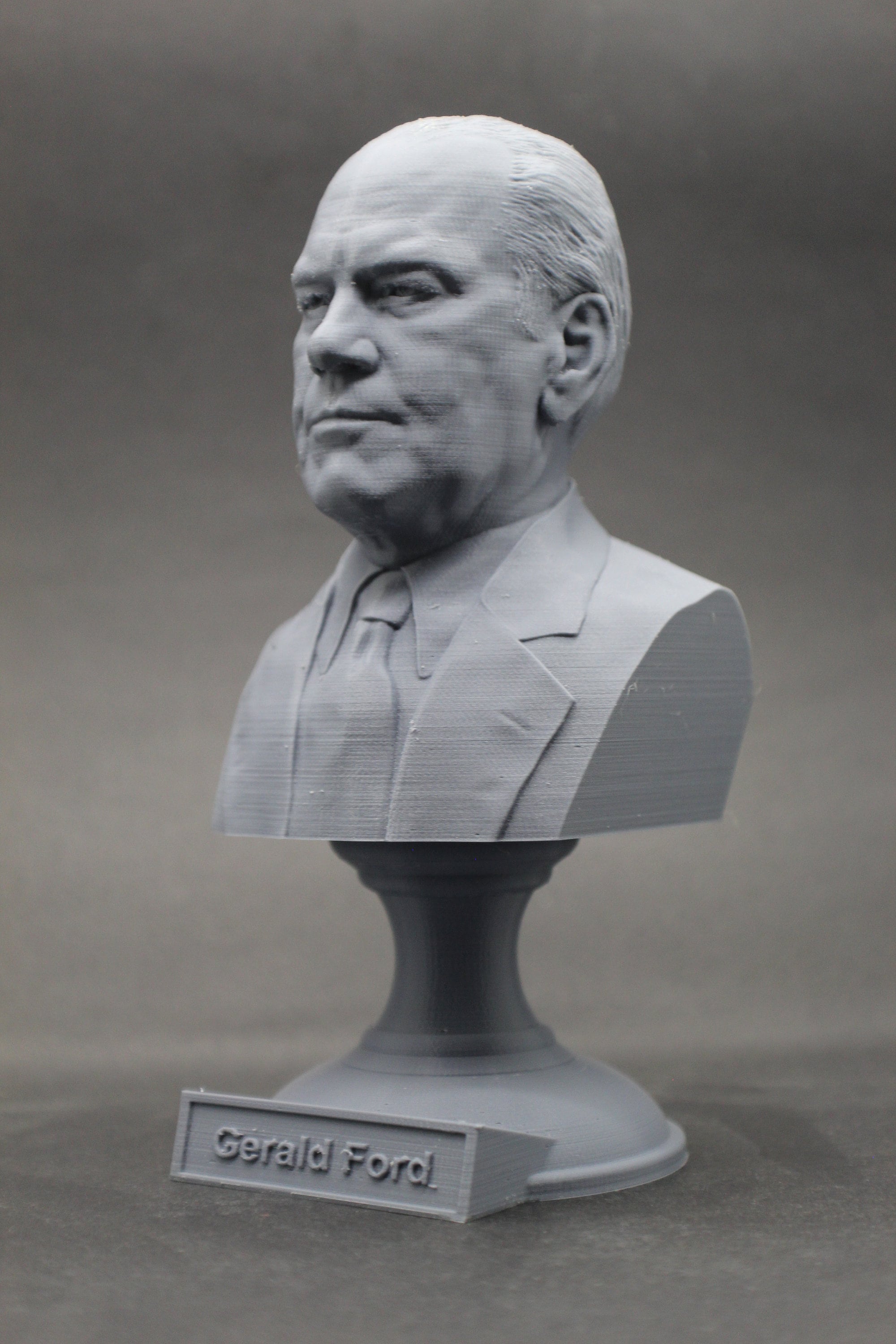 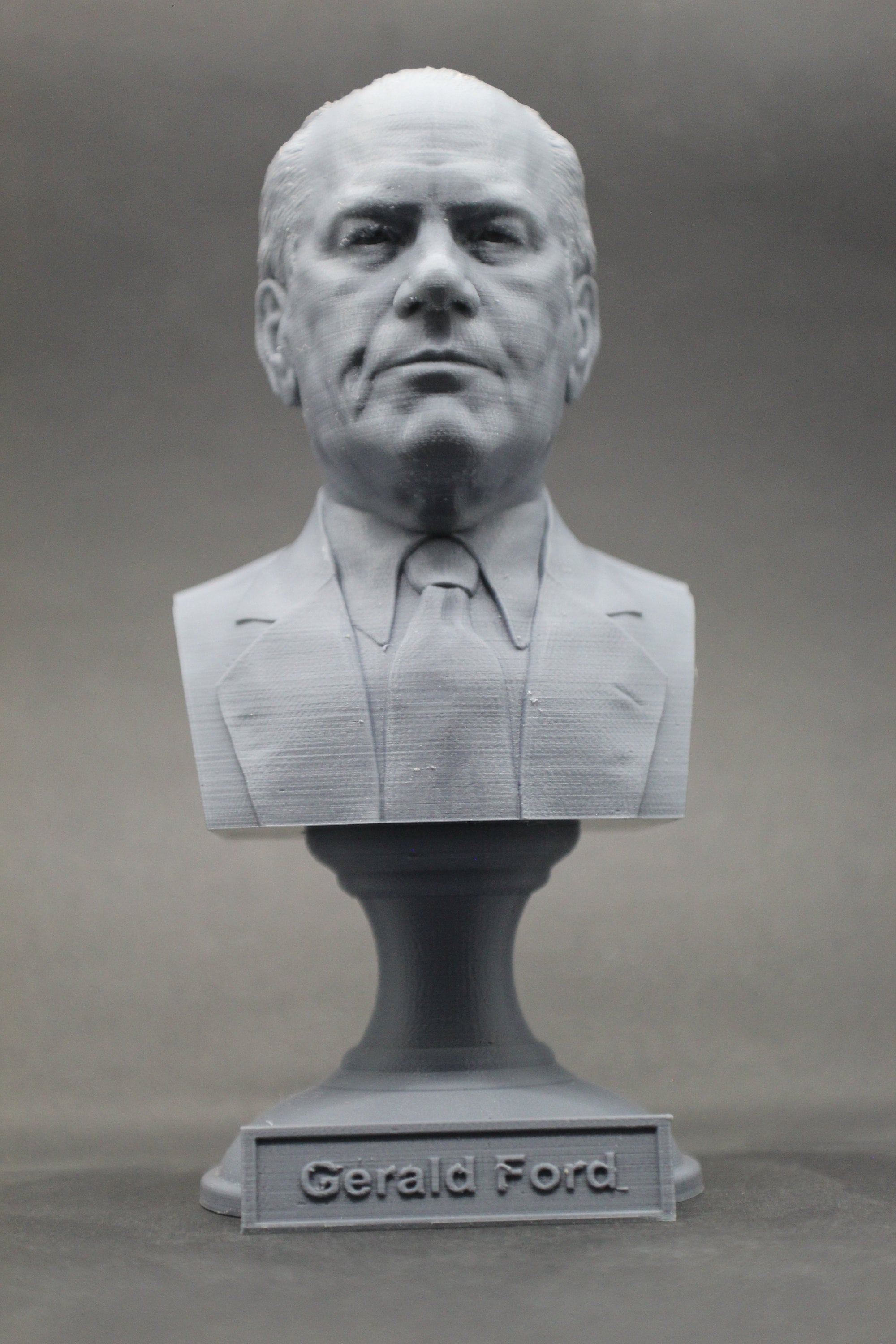 This 3D printed bust of Gerald Ford, the thirty-eighth United States President. This one is printed in a gray PLA, giving it a detailed look and a surprise whenever someone picks it up to discover it's actual weight. It is more durable than alabaster or plaster, and is washable with lukewarm soapy water for easy spring cleaning. It comes on a custom plinth that has his name on the front.

Born in Omaha, Nebraska, and raised in Grand Rapids, Michigan, Ford attended the University of Michigan and Yale Law School. After the attack on Pearl Harbor, he enlisted in the U.S. Naval Reserve, serving from 1942 to 1946; he left as a lieutenant commander. Ford began his political career in 1949 as the U.S. representative from Michigan's 5th congressional district. He served in this capacity for 25 years, the final nine of them as the House Minority Leader. In December 1973, two months after the resignation of Spiro Agnew, Ford became the first person appointed to the vice presidency under the terms of the 25th Amendment by President Richard Nixon. After the subsequent resignation of President Nixon in August 1974, Ford immediately assumed the presidency. His 895 day-long presidency is the shortest in U.S. history for any president who did not die in office.

As president, Ford signed the Helsinki Accords, which marked a move toward détente in the Cold War. With the collapse of South Vietnam nine months into his presidency, U.S. involvement in Vietnam essentially ended. Domestically, Ford presided over the worst economy in the four decades since the Great Depression, with growing inflation and a recession during his tenure. In one of his most controversial acts, he granted a presidential pardon to President Richard Nixon for his role in the Watergate scandal. During Ford's presidency, foreign policy was characterized in procedural terms by the increased role Congress began to play, and by the corresponding curb on the powers of the President. In the Republican presidential primary campaign of 1976, Ford defeated former California Governor Ronald Reagan for the Republican nomination. He narrowly lost the presidential election to the Democratic challenger, former Georgia Governor Jimmy Carter.

Following his years as president, Ford remained active in the Republican Party. His moderate views on various social issues increasingly put him at odds with conservative members of the party in the 1990s and early 2000s. After experiencing a series of health problems, he died at home on December 26, 2006.