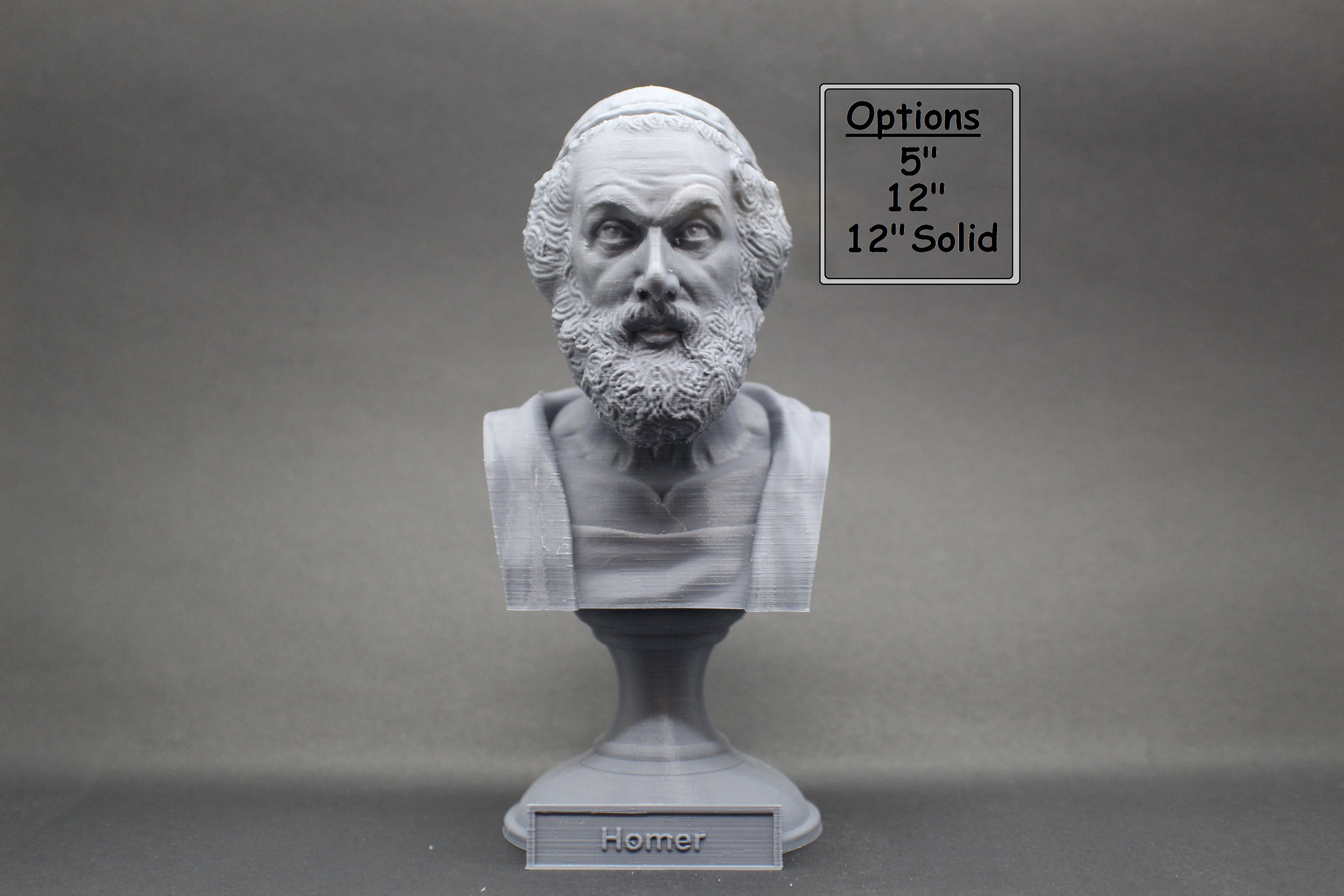 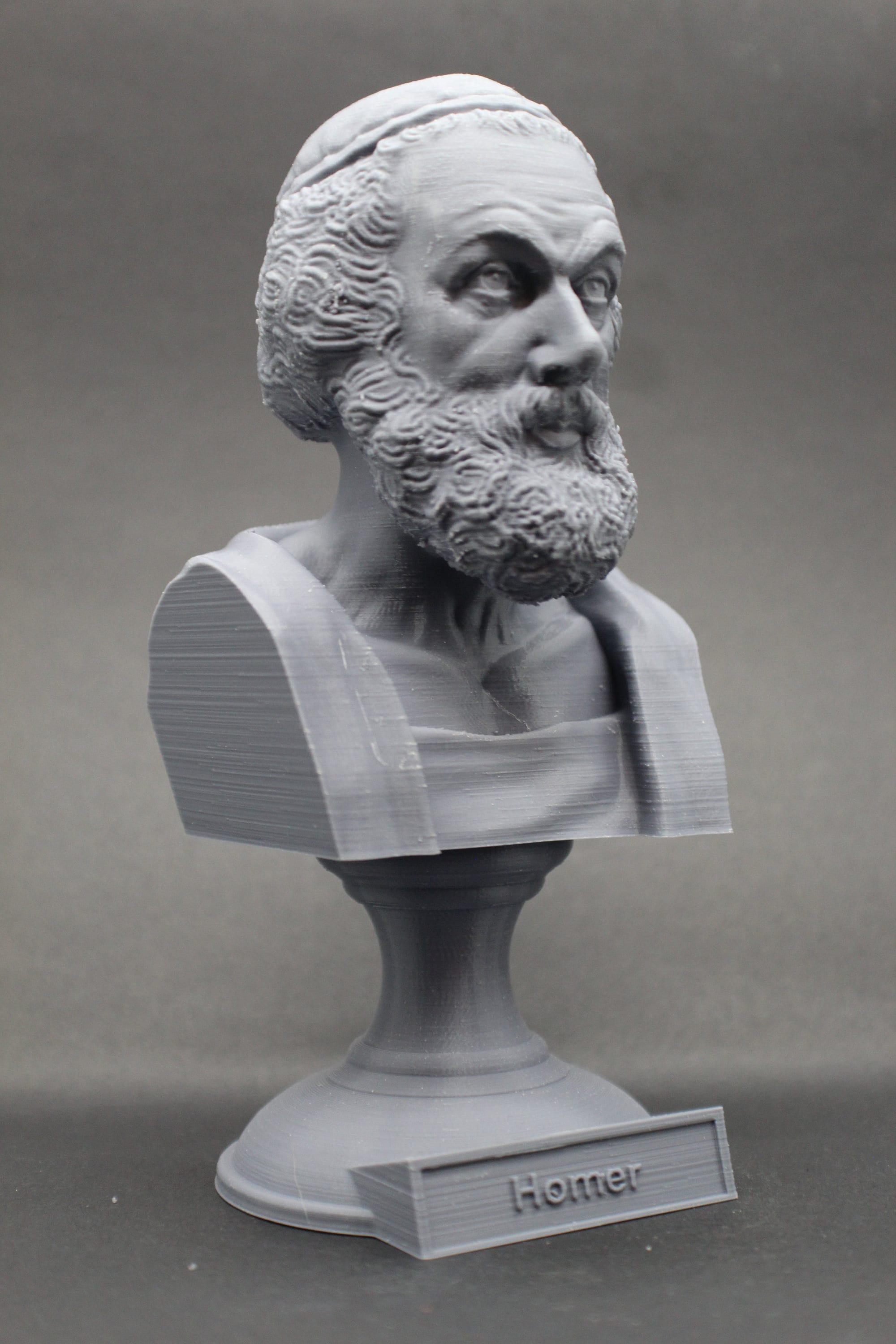 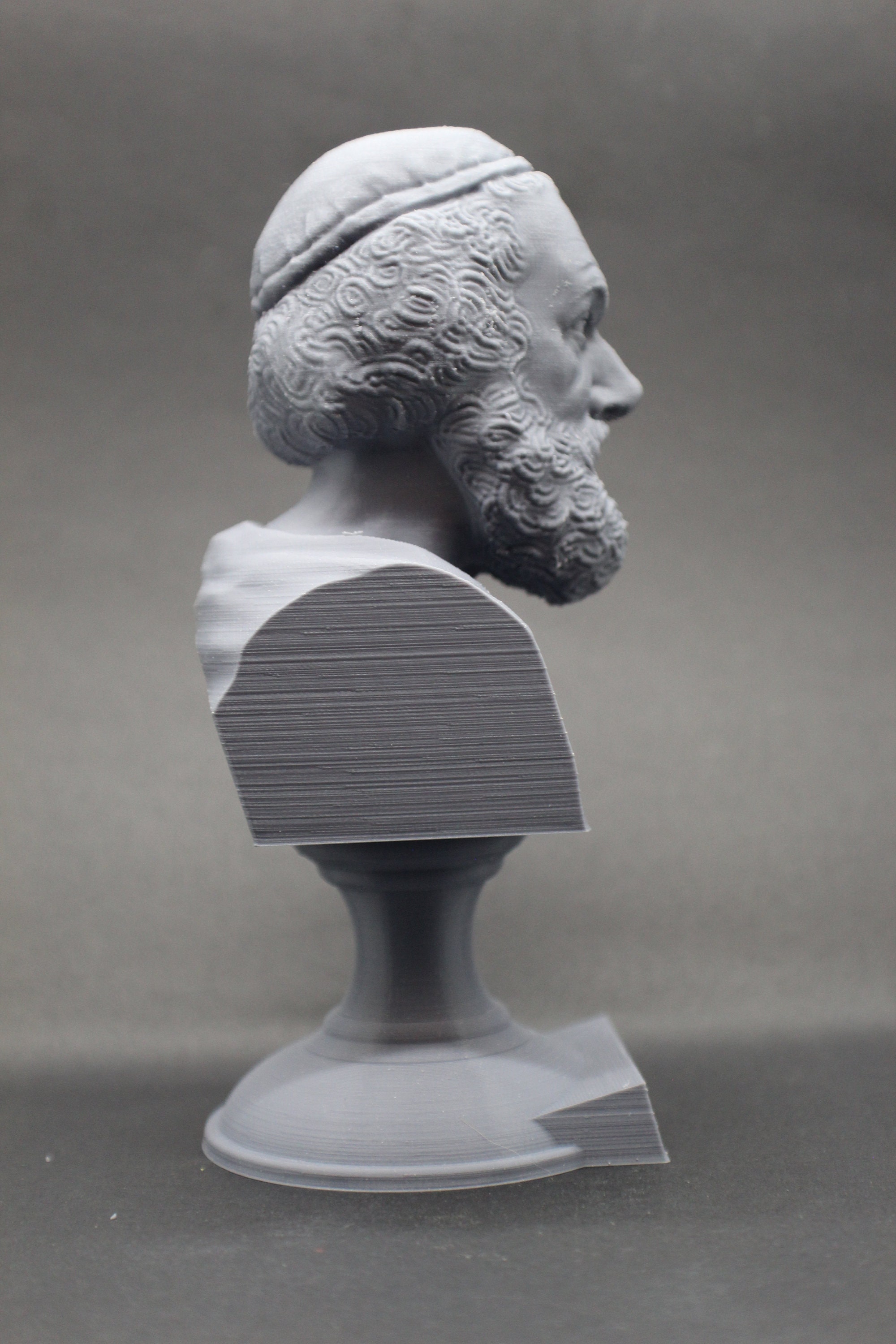 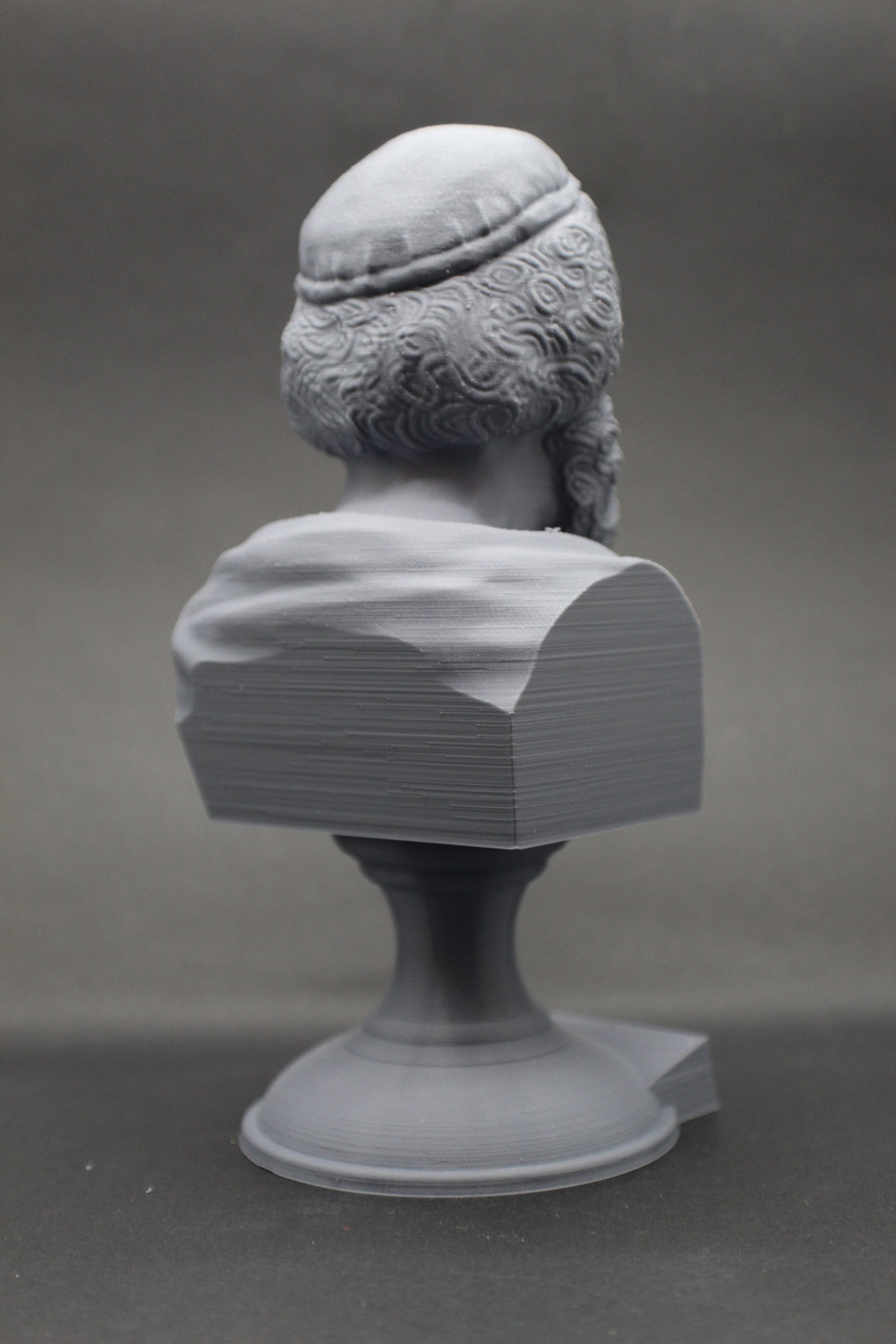 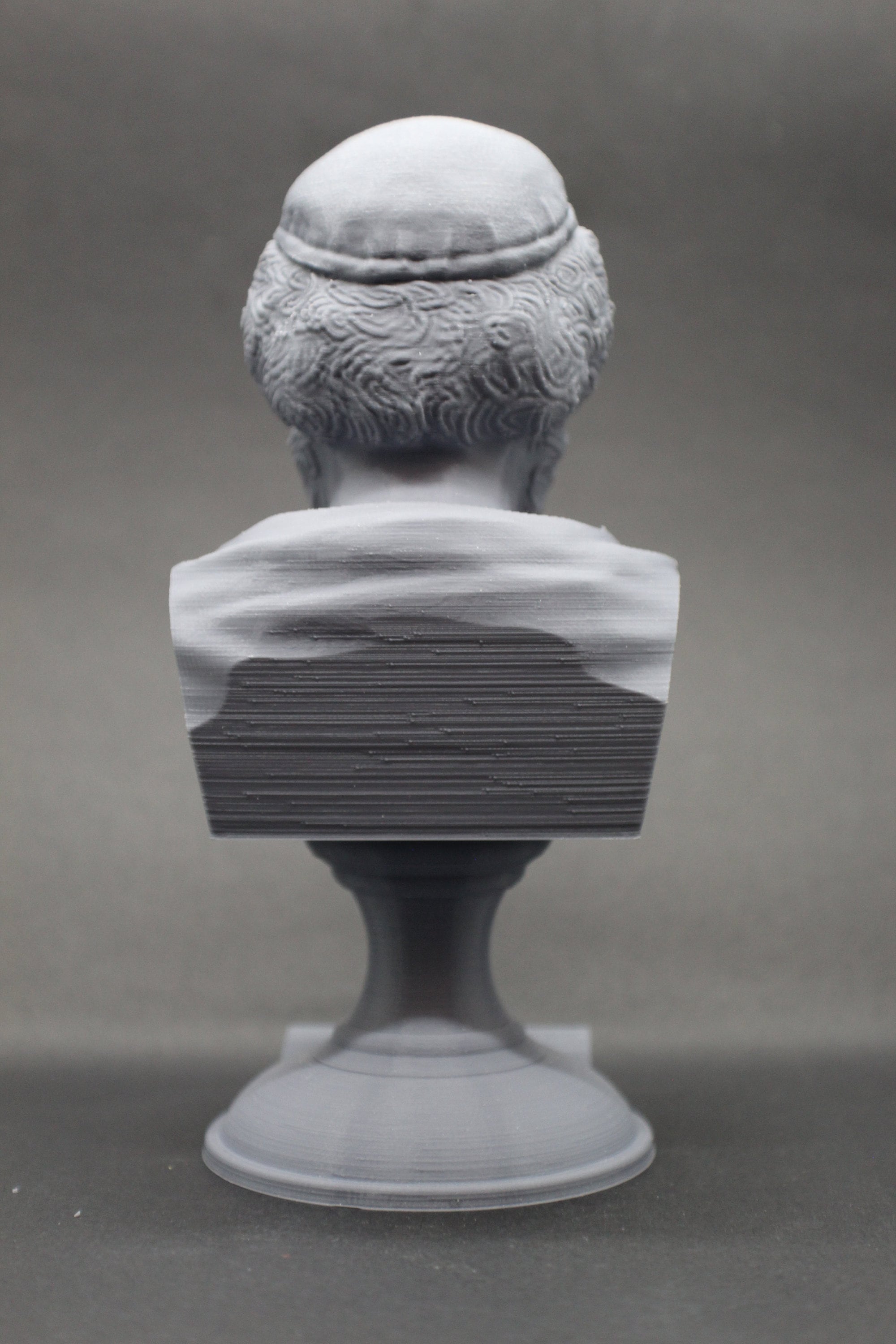 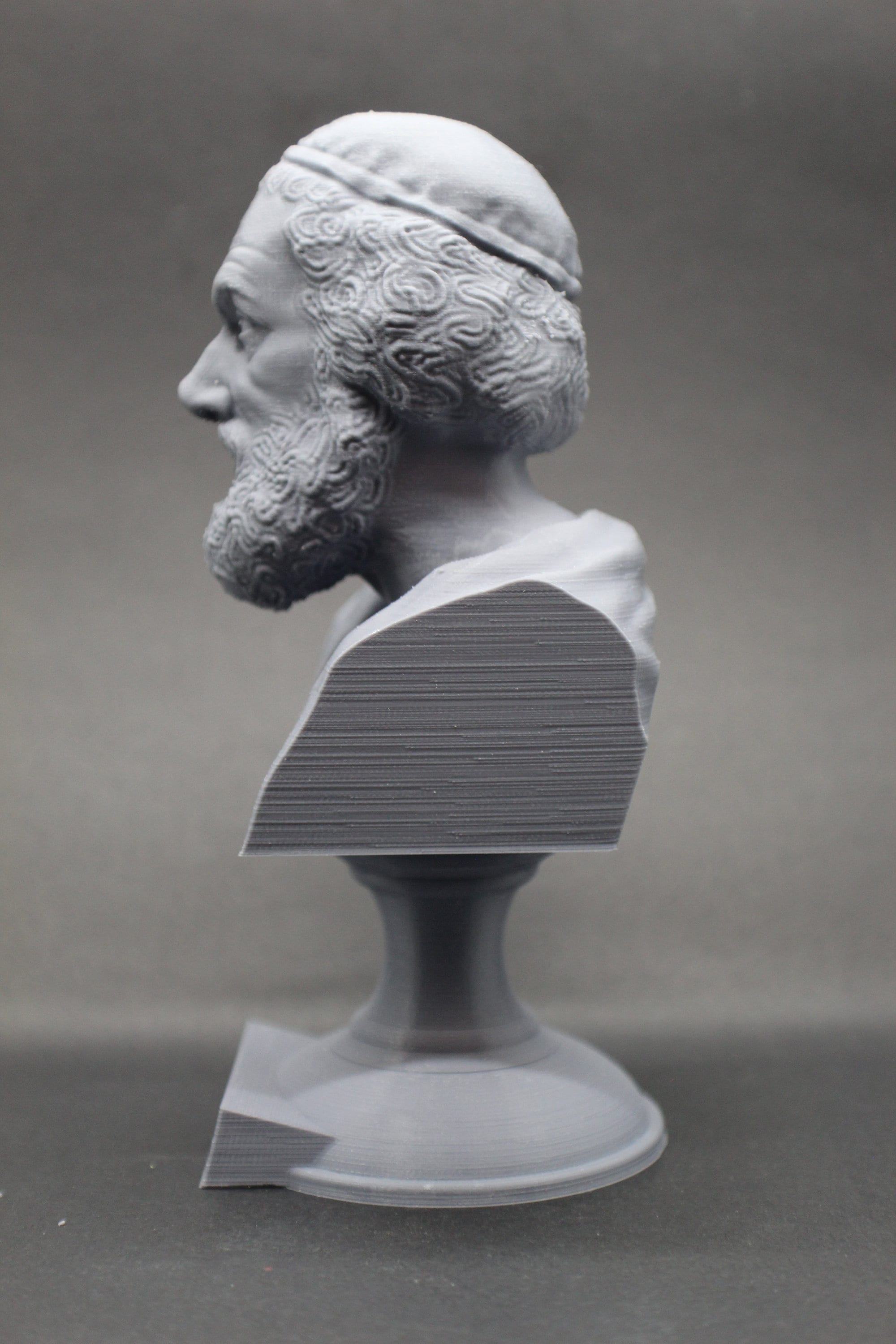 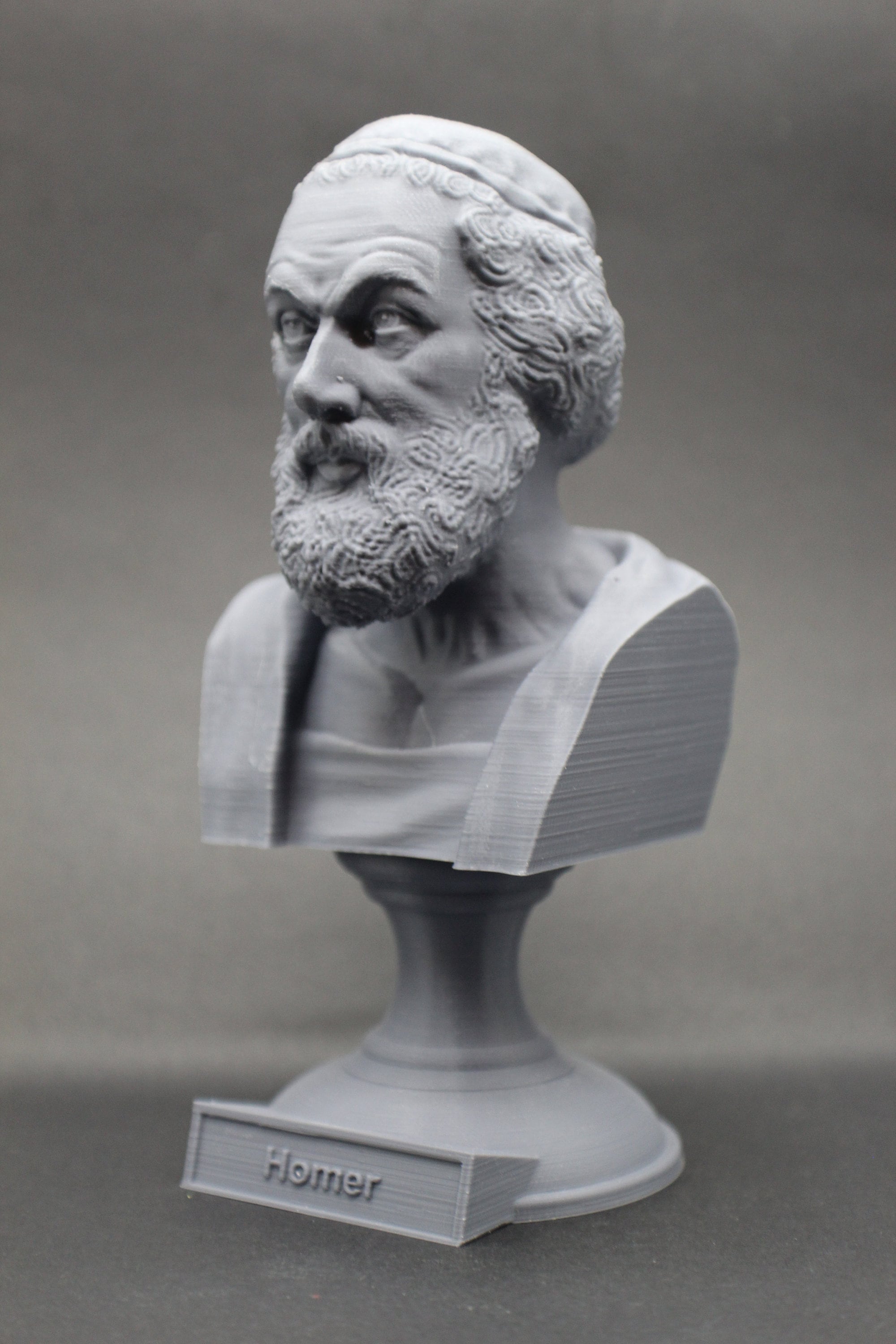 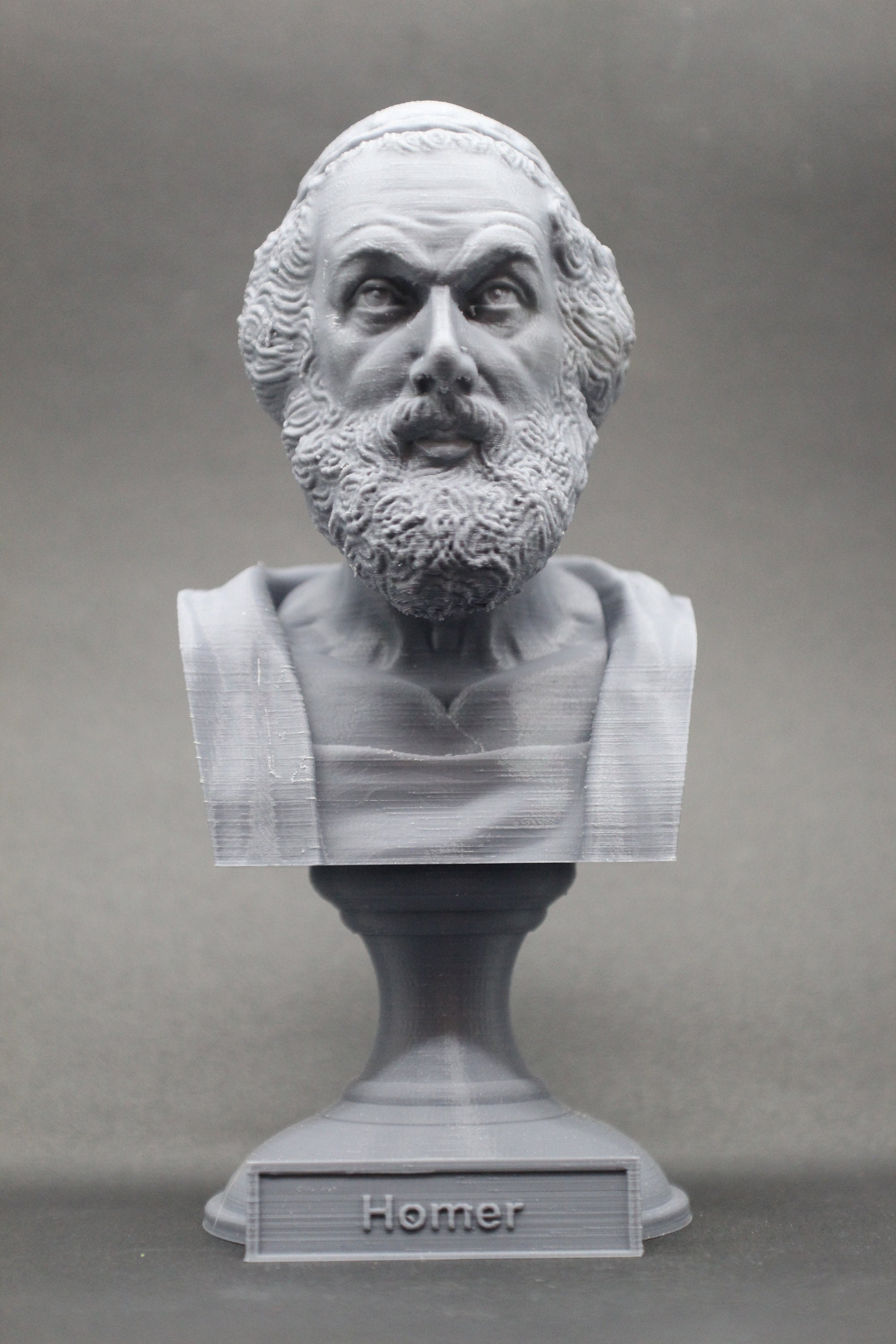 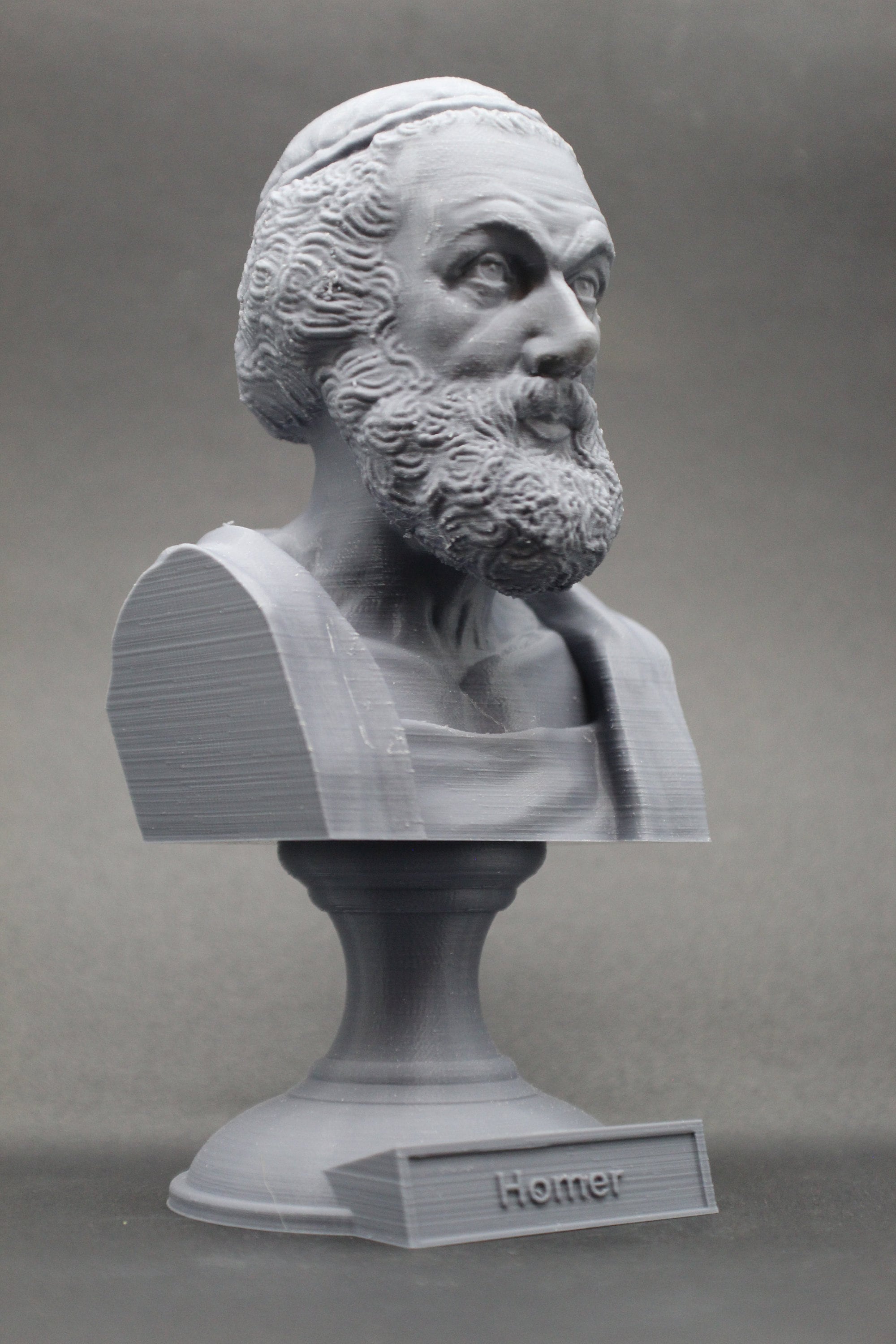 This is a 3D printed bust of Homer, Greek Author of Iliad and The Odyssey. This one is printed in a gray PLA, giving it a detailed look and a surprise whenever someone picks it up to discover it's actual weight. It is more durable than alabaster or plaster, and is washable with lukewarm soapy water for easy spring cleaning. It comes on a custom plinth that has his name on the front.

Homer is the legendary author of the Iliad and the Odyssey, two epic poems that are the central works of ancient Greek literature. The Iliad is set during the Trojan War, the ten-year siege of the city of Troy by a coalition of Greek kingdoms. It focuses on a quarrel between King Agamemnon and the warrior Achilles lasting a few weeks during the last year of the war. The Odyssey focuses on the ten-year journey home of Odysseus, king of Ithaca, after the fall of Troy. Many accounts of Homer's life circulated in classical antiquity, the most widespread being that he was a blind bard from Ionia, a region of central coastal Anatolia in present-day Turkey. Modern scholars consider these accounts legendary.

The Homeric Question – concerning by whom, when, where and under what circumstances the Iliad and Odyssey were composed – continues to be debated. Broadly speaking, modern scholarly opinion falls into two groups. One holds that most of the Iliad and (according to some) the Odyssey are the works of a single poet of genius. The other considers the Homeric poems to be the result of a process of working and reworking by many contributors, and that "Homer" is best seen as a label for an entire tradition. It is generally accepted that the poems were composed at some point around the late eighth or early seventh century BC.

The poems are in Homeric Greek, also known as Epic Greek, a literary language which shows a mixture of features of the Ionic and Aeolic dialects from different centuries; the predominant influence is Eastern Ionic. Most researchers believe that the poems were originally transmitted orally. From antiquity until the present day, the influence of Homeric epic on Western civilization has been great, inspiring many of its most famous works of literature, music, art and film.The Homeric epics were the greatest influence on ancient Greek culture and education; to Plato, Homer was simply the one who "has taught Greece" – ten Hellada pepaideuken.