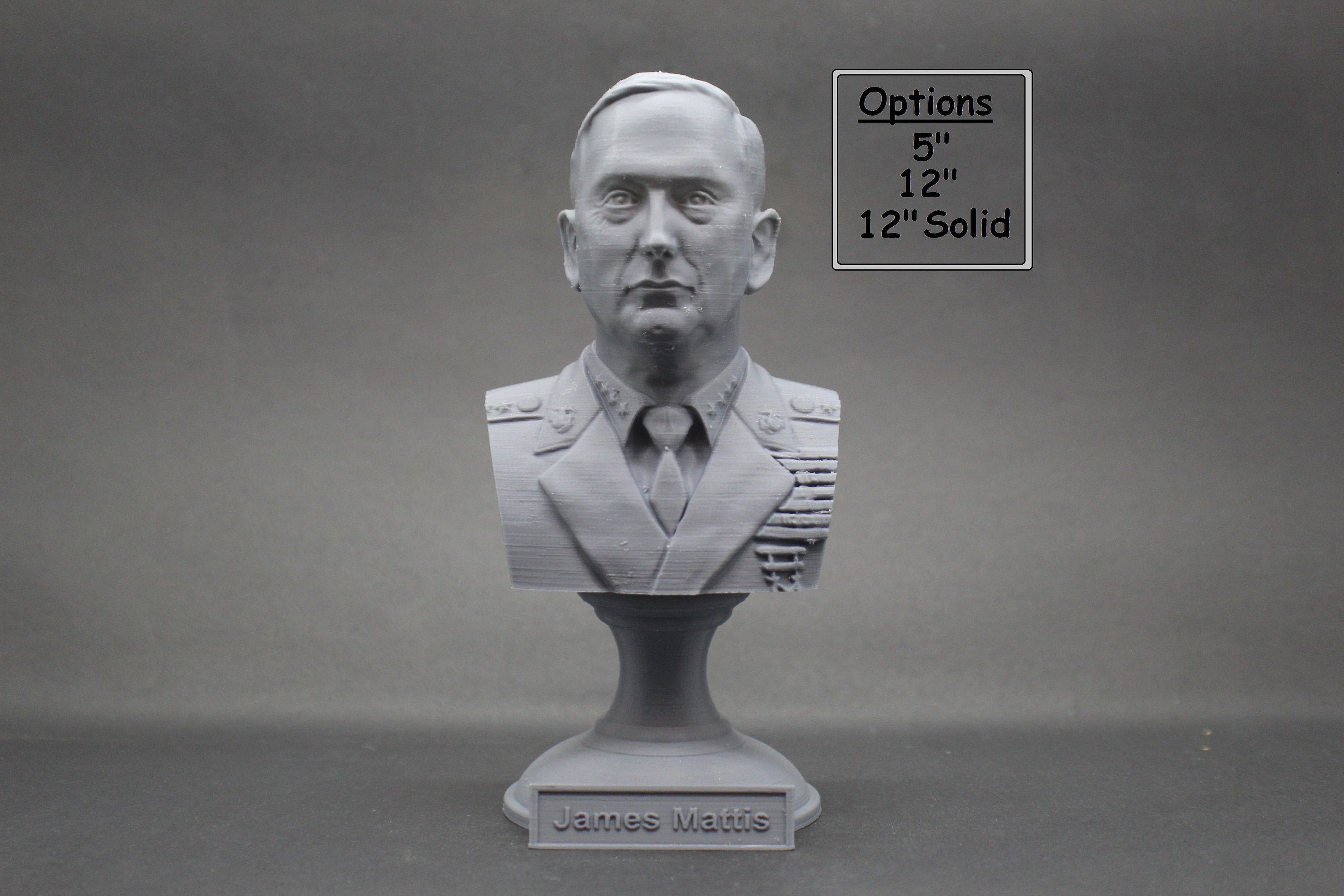 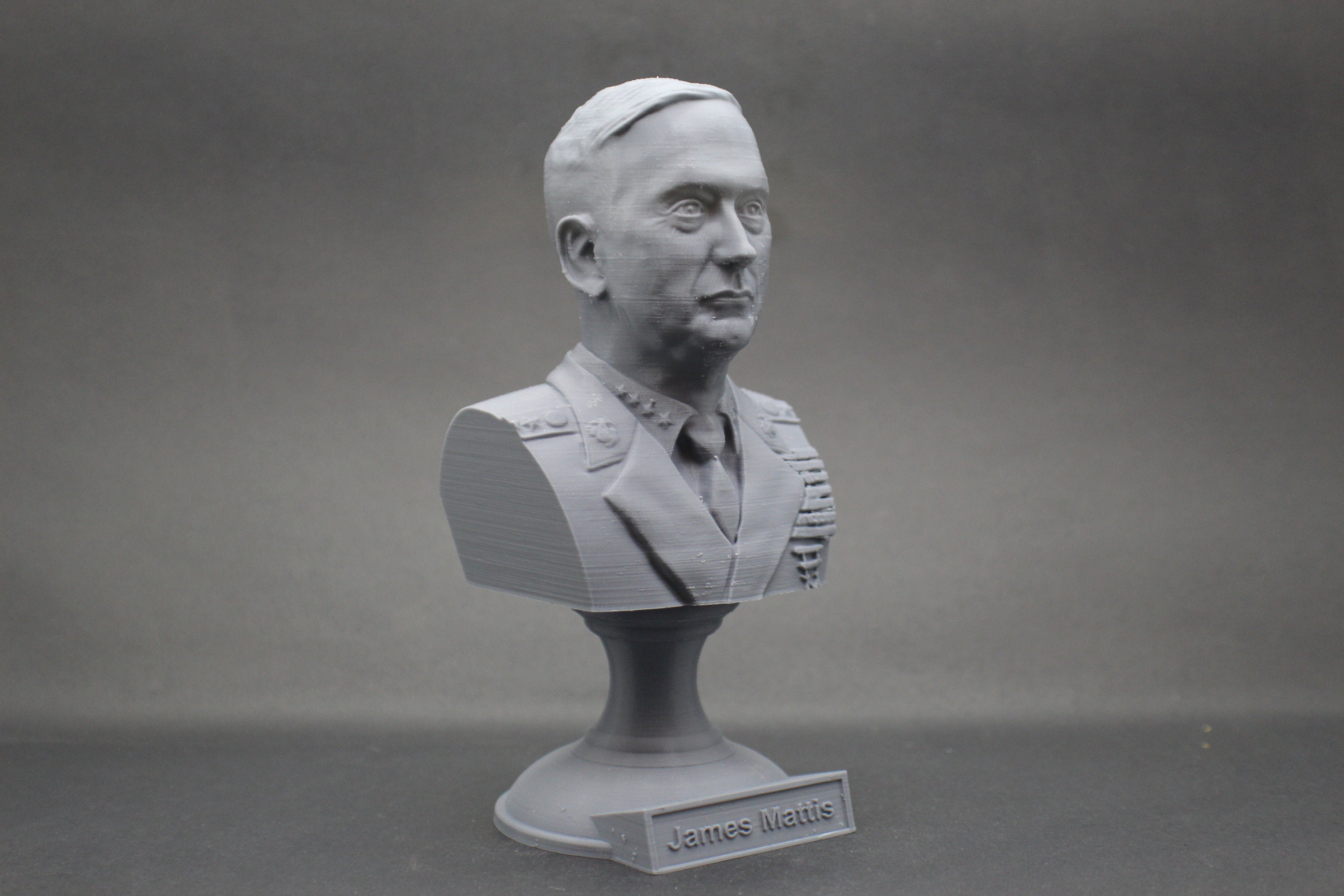 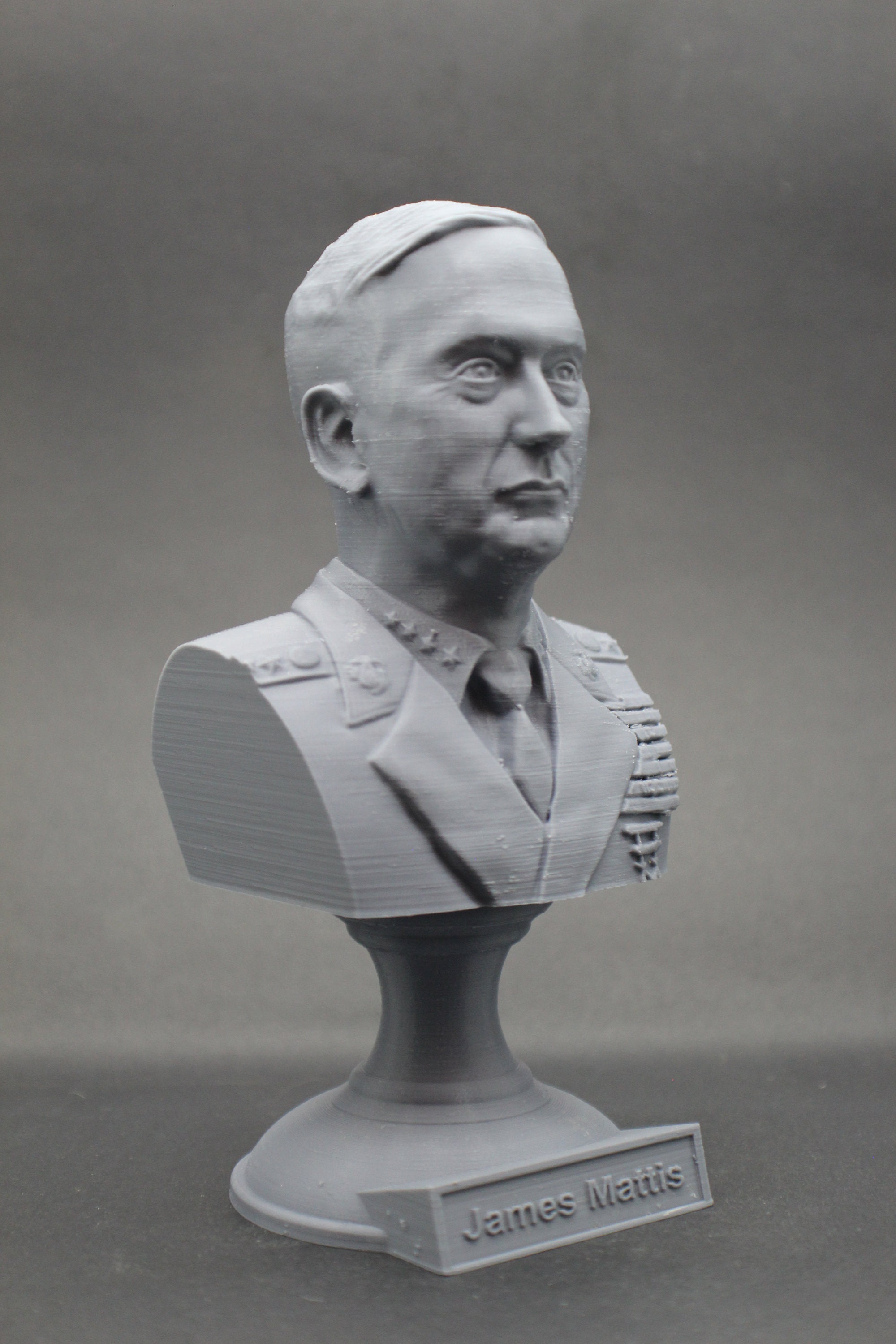 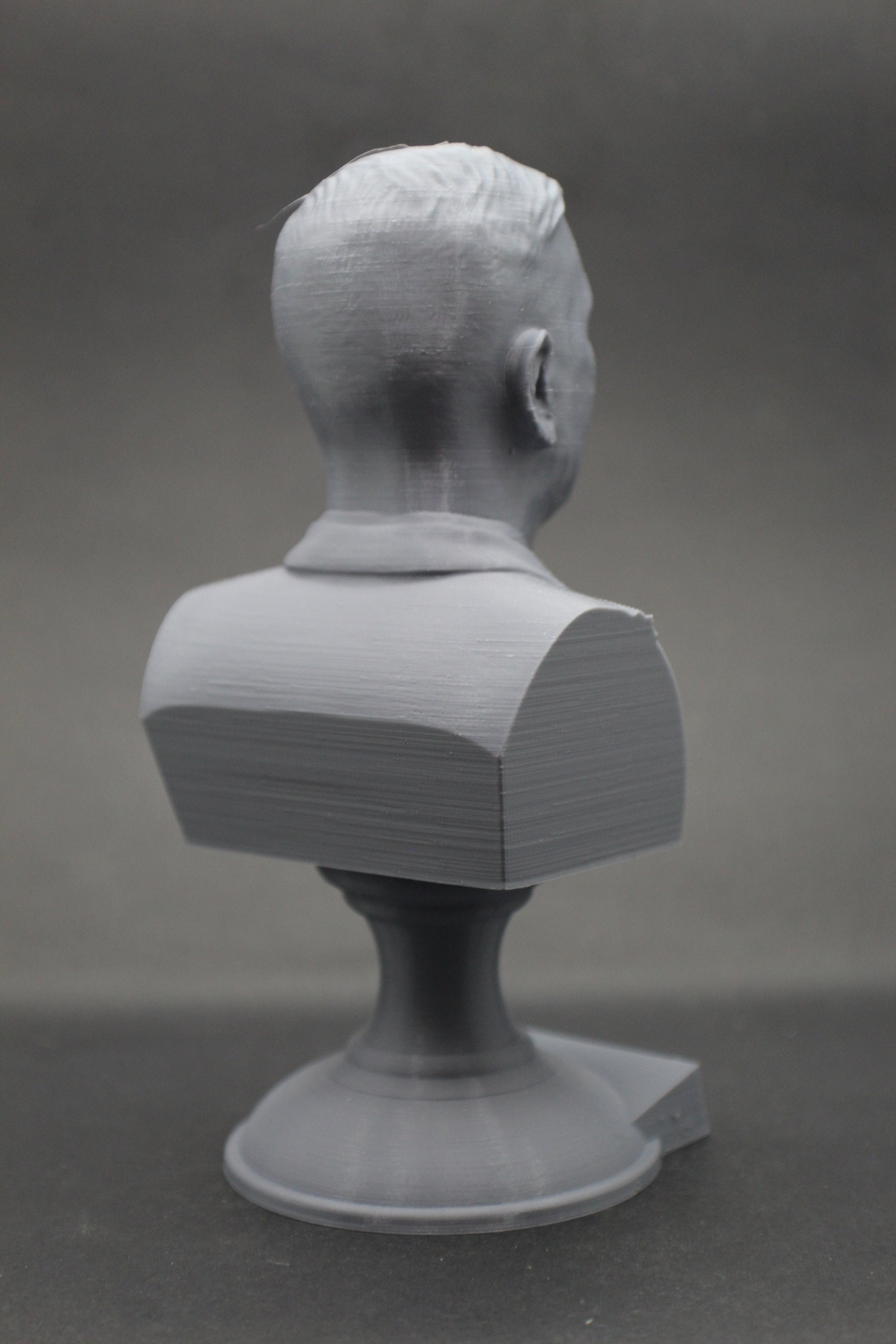 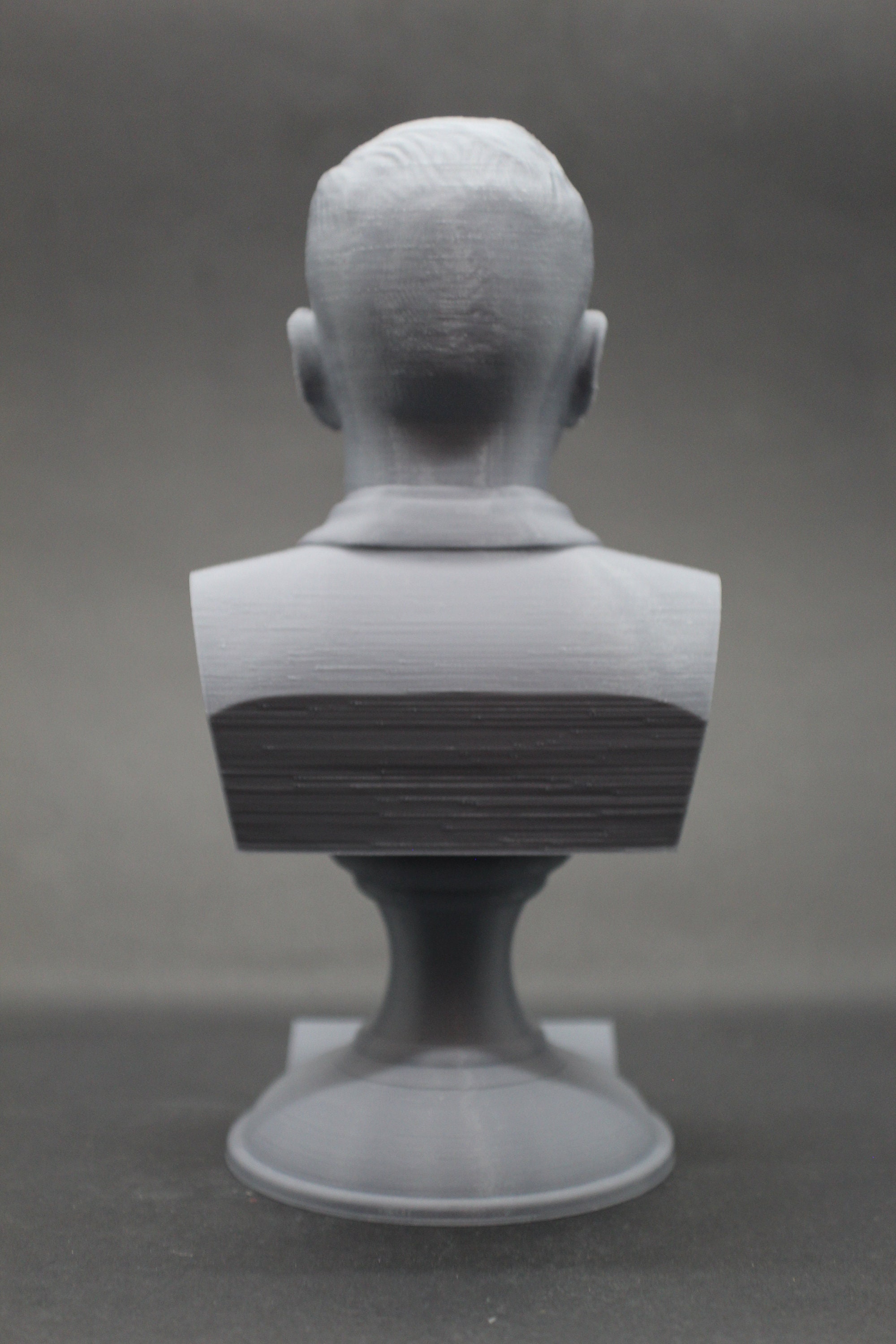 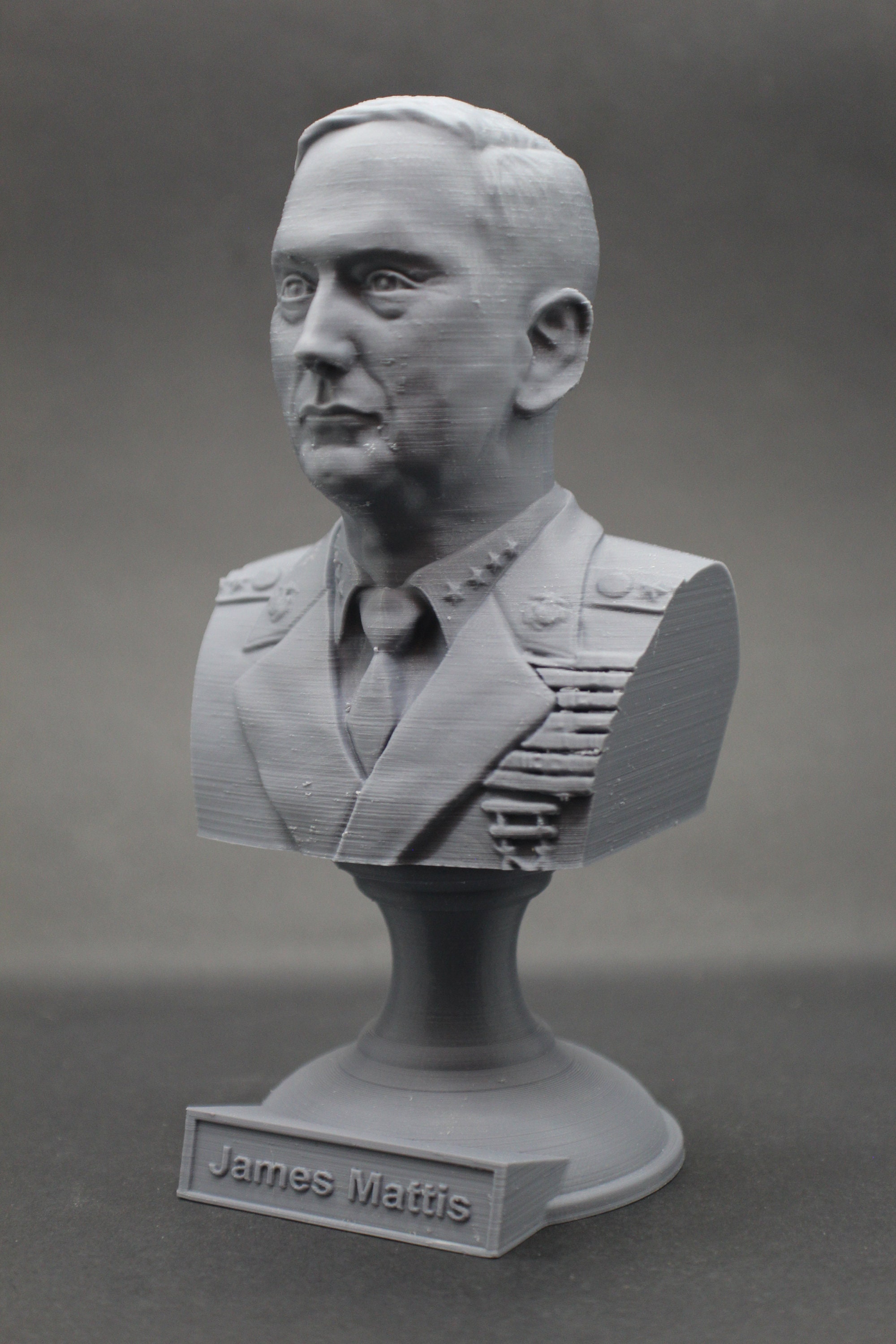 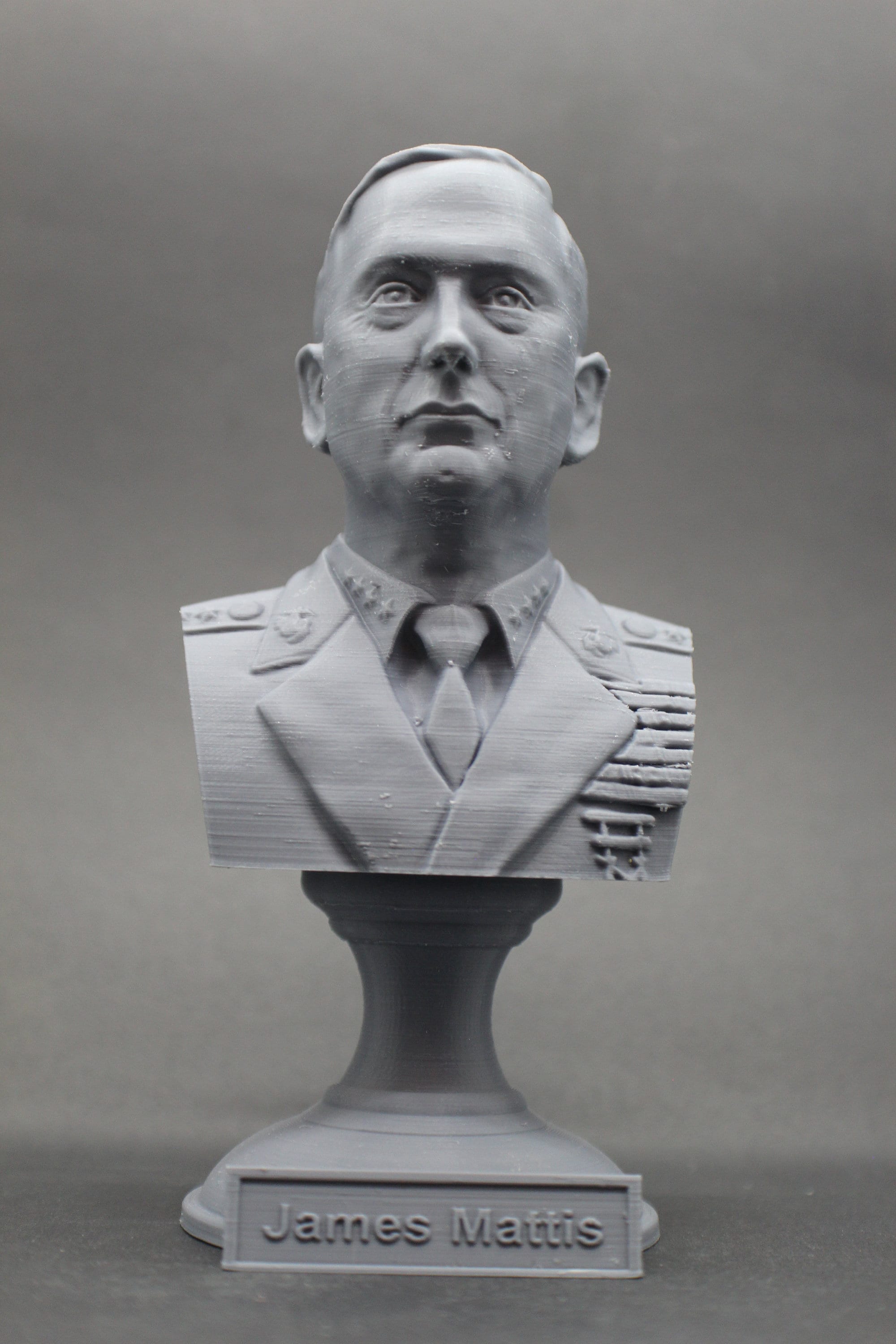 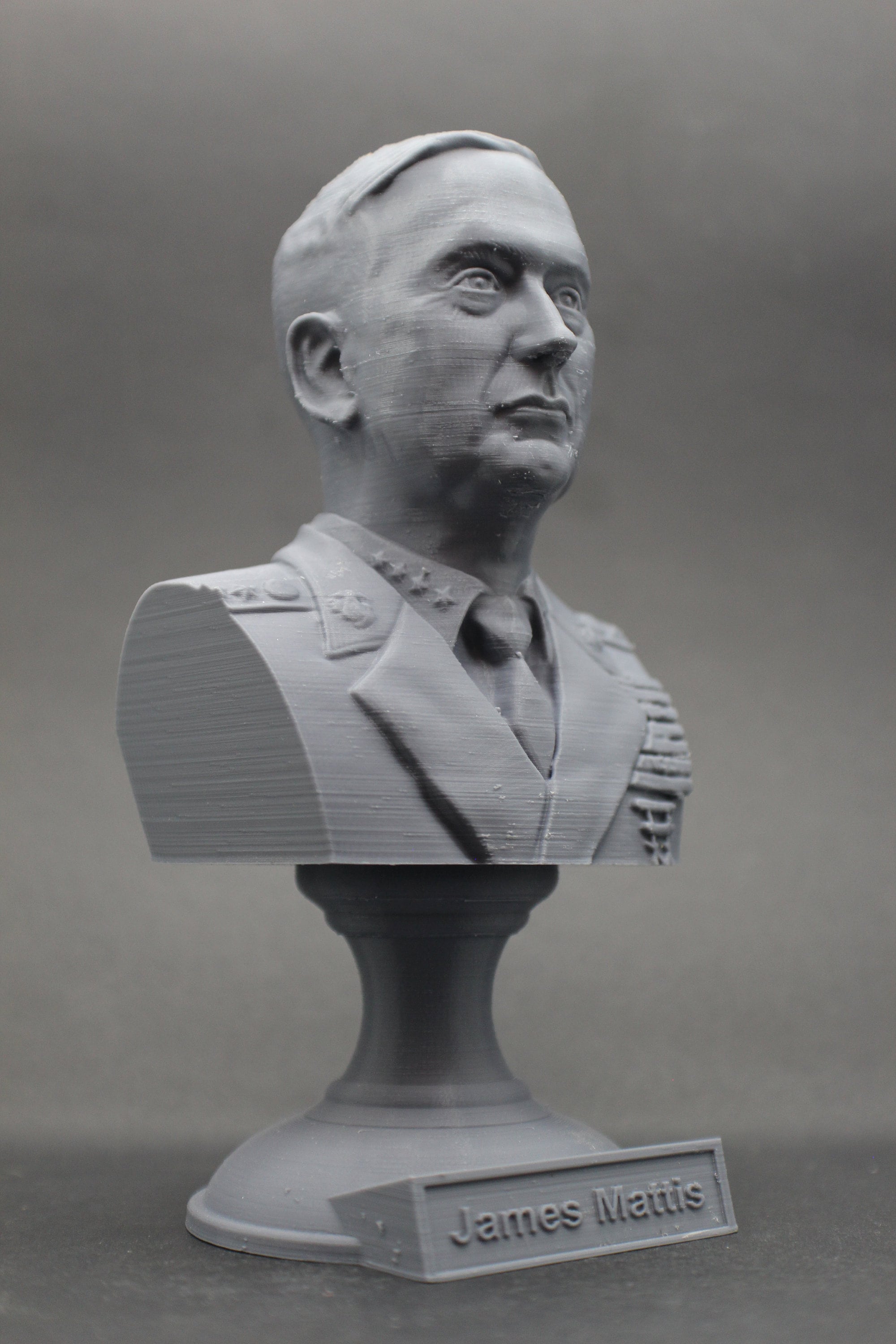 This is a 3D printed bust of James Mattis USMC General Retired, and former USA SecDef. This one is printed in a gray PLA, giving it a detailed look and a surprise whenever someone picks it up to discover it's actual weight. It is more durable than alabaster or plaster, and is washable with lukewarm soapy water for easy spring cleaning. It comes on a custom plinth that has his name on the front.

On January 20, 2017, Mattis was confirmed as Secretary of Defense 98–1 by the United States Senate on a waiver, as he had only been three years out of active duty despite US federal law requiring a seven-year cooling off period for retired military personnel to be appointed Secretary of Defense. He was the first member of President Donald Trump's cabinet to be confirmed."